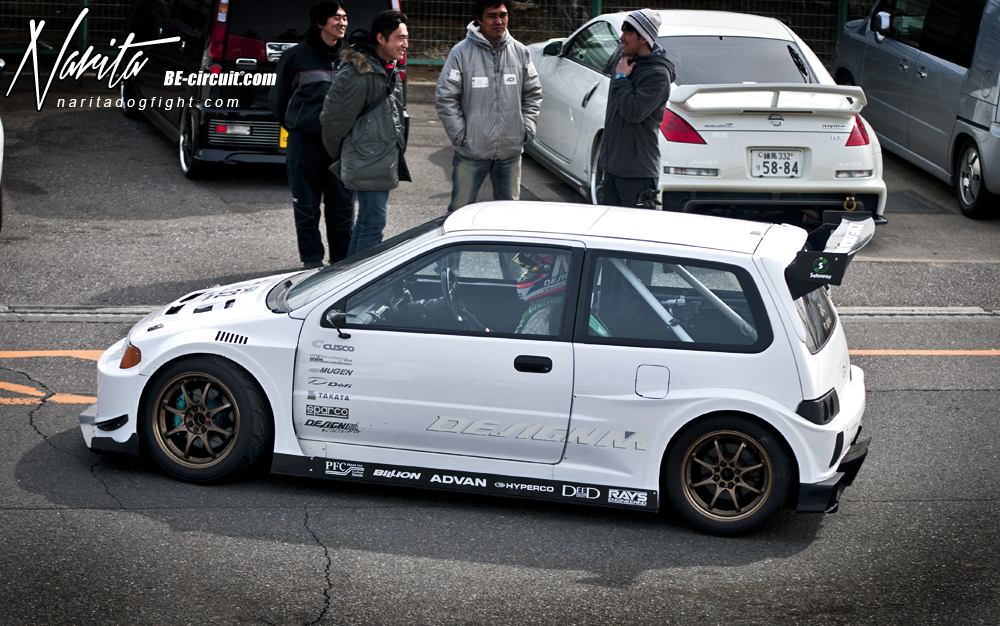 Here’s a car that you don’t see on the race track too often; especially if you live in any other country but Japan.  I spotted this Honda City (GA1) at Tsukuba during Evome.  Needless to say, it garnered a lot of attention.  In fact, the Option crew did a feature on it, and interviewed the driver. The only entrant that day that was rocking 15″ wheels at the track.  It was quite odd to see this little compact go head to head with other more common time attack cars; like the FD’s, the R34’s, and S-chassis’. After it’s first run, the GA1 was brought back in for a few minor checks.  Here’s a good look at the front mount of the turbo D15B setup. Headed back out to track.  You have to appreciate the work and dedication that it would take to make this platform a designated track car.  Just goes to show it doesn’t matter which car you have, as long as you’re committed, you can make the outcome great.  This GA1 went a staggering 1’00.179 at TC2000.  Very impressive!