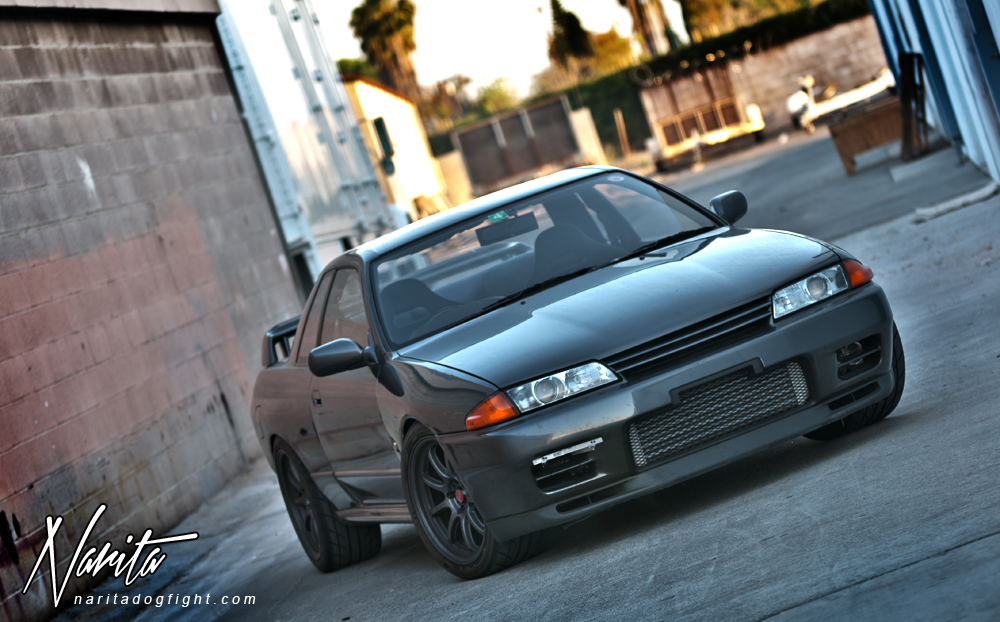 “People can’t be just tied together. They have to connect. Otherwise, they’ll find themselves bound hand and foot.”  A quote (from the Japanese movie NANA) that holds true in most cases; especially when referring to the psychological ties we create for our vehicles.  It’s not uncommon for enthusiasts to establish an almost human like connection with their vehicles; giving them names, talking to them, etc.  This isn’t a bad thing, but in some ways it can hold us back.  Not Criss though.  Criss is a little, well; disconnected. Having owned many previously sought after cars in his past, it’s only fitting that Criss ends his journey with the R32.  When I say sought after, I really do mean it; his track record consists of heavily modified FD3S, S14, NSX, and now the 32.  After reading that list, I can imagine many of you thinking to yourself, “If I owned a ____ I would never sell it”.  I thought the same thing about his R32, however, Criss has actually already sold this car. You see, his relationship with vehicles is different than most.  It stops at the simplest purpose; enjoyment.  The invisible ties we formulate with our vehicles are non-existent to him.  Perhaps that’s the main reason he’s been able to enjoy so many different chassis’. That’s not to say he leaves the car as is though; although the GTR appears almost stock on the exterior, there is actually a tremendous amount of work that went into the Skyline.  The cars aggressive attitude is in part thanks to the full Bilstein coilovers that sit at each corner.  Assisted by a plethora of Cusco components including traction rods, and all arms (front/rear lower/upper). With the focal point being the Garage Bomber built RB26 under the hood.  A frightening 600whp propels the all wheel drive Nissan at cruise missile like speeds.  I can attest to this you see, Criss gives me freeway rides in exchange for green tea Kit Kat bars I bring back from Japan.  A good trade if you ask me. If you know Aki’s work, you’ll know that it’s the best stateside.  Not only was the work done at Garage Bomber, but the parts list for the RB would floor even the most adapted Nissan fan.  2 Garrett GT2860R turbines, CP Pistons, R33 N1 Crank, and a shopping list of Tomei parts. That alone should be testament of how insane this car feels at wide open throttle.  Exhaust gases are spent via a Veilside Evolution exhaust, that I actually covered a bit ago. The Gram Light 57 Optimise fit the exterior in both color and spirit. The interior remains relatively stock aside from a Momo steering wheel, and a nice array of Blitz controllers, timers, and the Apex’i FC Commander that controls the heart of the RB. Next month, this car will be in the hands of a new owner.  Maybe he is just as disconnected as Criss, or maybe he’s more like us.  Maybe he’ll give the car a name, talk to it in the garage, apologize to it after hitting a pothole.  Maybe he’ll be the last to own this amazing vehicle.  Perhaps it’s been his life long dream to own this very car. “In the end, only my dream is able to save me.”  Either way, I hope they enjoy it as Criss has.  Although it’s been a disconnected bliss, it’s bliss nonetheless.

Big thanks to Criss Crass for letting me enjoy this car almost as much as he does.