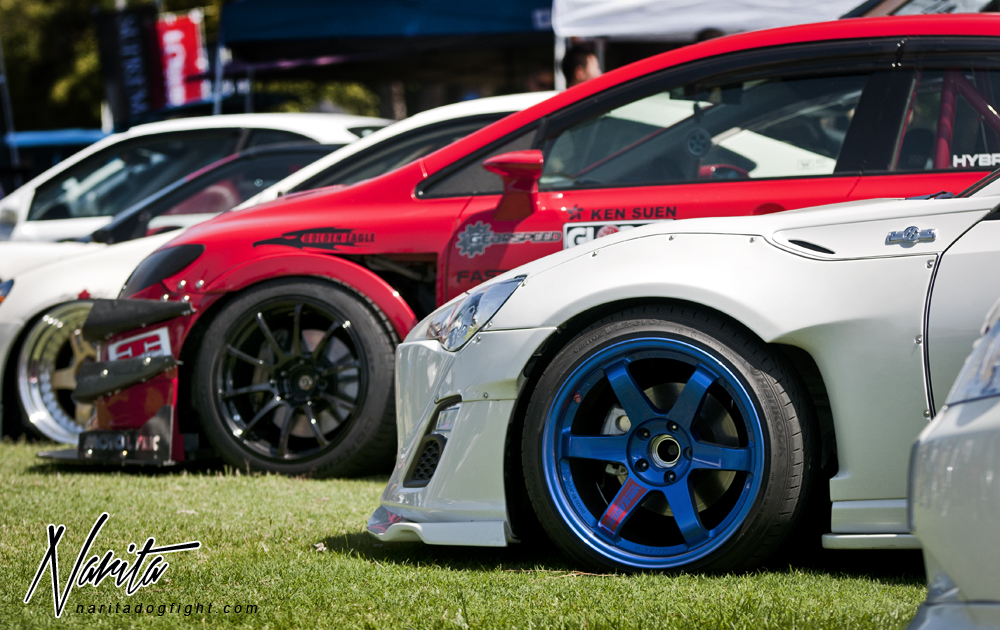 I can honestly say the last few weeks, for me, have been the busiest I’ve experienced in a long time.  Losing a week in Charlotte for work, playing catch up back at the office, and add on a handful of other outside projects with the website, features, getting my car ready for yesterday’s track event, diagnosing the issues with my S2000 so I can finally have a daily that’s not a race car, and what seems like an endless amount of work to do at home; it all added up to be a bit overwhelming.  So overwhelming in fact, that I had completely forgot about Wekfest LA; the show that is quite literally, 5 miles from my house. By the time I realized it, it was already 11pm on Friday night.  I text Geoffrey in hopes that it wasn’t too late to attend, and I woke up Saturday morning to a pleasant text from him saying it was all good and to come on by.  I gathered my stuff, and Yuta and I head toward the Queen Mary to enjoy a nice day of cars and friends.  We showed up a little late, so I’m going to jump right into the coverage.  I really liked the look of this EVO with Voltex aero on Genesis wheels.  All it needed was mirrors and a gurney flap and it’d be perfect. This MR2 on XD9’s caught my eye as well. Pretty neat DB8 that had a track look to it with gutted interior. Teddy’s EK that was recently featured in Super Street. Really clean engine bay that had a lot of Spoon parts. Long Beach makes a nice backdrop to the cars. This EF was one of my favorite from the show.  It really had a Japanese feel to the build; not something you get to often in the states (lots of attempts, not so many successes).  This one however, managed it quite well. A few years ago I was talking to Ken, Adam, and Geoffrey about the state of the US tuning industry, and Ken brought up a good point about how much drive the VIP industry is getting these days.  The tuners who were once younger and into going fast, are growing up and naturally wanting to move toward something a little more ‘mature’ I guess you could say.  This theory is easy to see as the VIP showing at Wekfest was very large. I like the pin-striping that I like to think the Japanese company K-Break made a standard for VIP builds. Probably my favorite LS400 at the show; really liked the red triple exhaust tips.  On my way out the door, but I’ll post up the rest of the photos this evening.