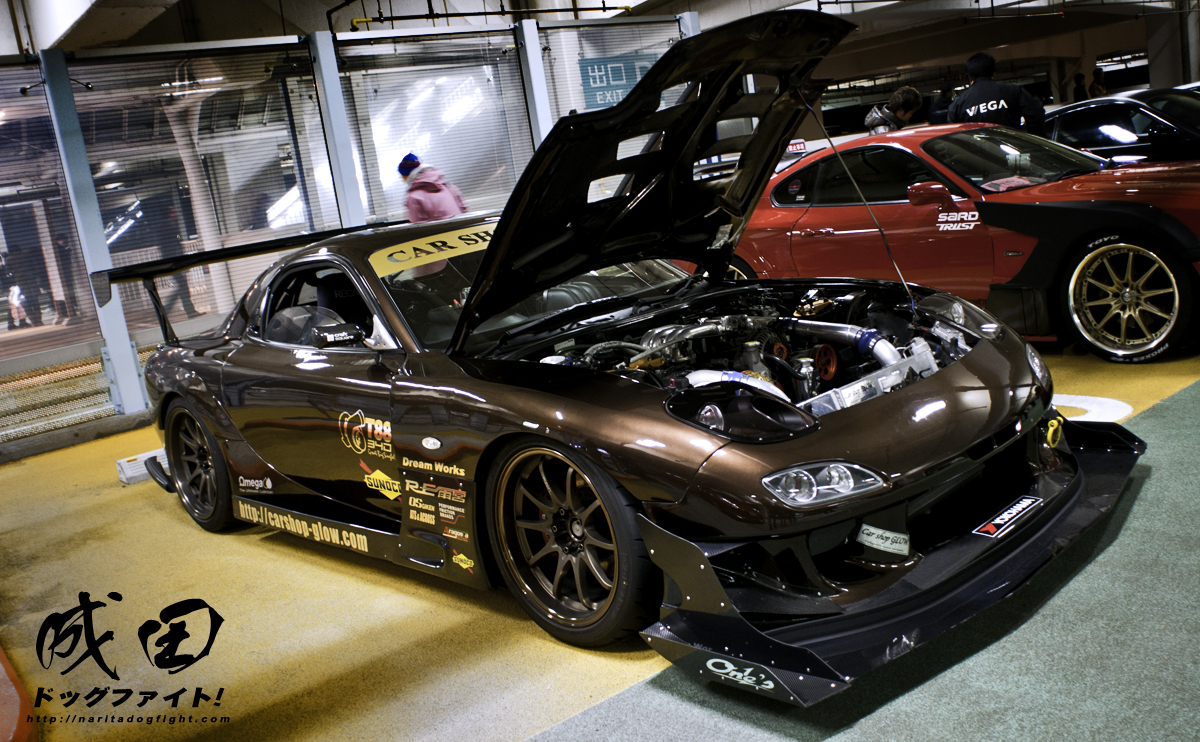 One of the most notable cars that attended the NDF Winter Cafe, and personal favorite of mine, was of course, my friend Yukimitsu-san’s time attack spec FD3S.  Mr. Hara is the Representative Director at Car Shop GLOW, and an avid Time Attack driver whom I first met at Battle Evome.  You’d imagine that it’s probably quite an inconvenience to take a full blown race car to a meet in the middle of the Tokyo Bay (and you’d be right), but the just the day before, he was at Tsukuba participating in the Attack event… …and while he didn’t get his target time, he didn’t manage to damage his exhaust pretty bad.  What I’m surprised about, and actually very thankful for, is that he took all day Saturday to fix it so he was able to come to the Cafe.  A lot of people would have called it off, and it would have been much easier to do so, and for that I am extremely grateful.  His car made quite an impression at the meet. It was pretty nice to be able to compare the new aero setup with what was used earlier in 2013 at Evome.  The changes so far haven’t been significant, but they are a bit more extreme. A close up of the new front canard setup. Side view of the CE28’s wrapped in Direzza’s new ZII’s and the not visible Aragosta coilovers. The color of this car is very unique.  Unlike most browns, at times, this paint looks almost metallic.  If you don’t know, Car Shop GLOW isn’t necessarily a tuning company.  They specialize more in interior installs, and custom lighting applications.  I know many of you on the Facebook fan page were interested in his tail lights.  Unfortunately, these are a one-off set and the shop does not sell them (even if they did they’d be very expensive). Thanks again to Mr. Yukimitsu ~ ありがとうございます!  来月お会いしましょ~ See you next month.