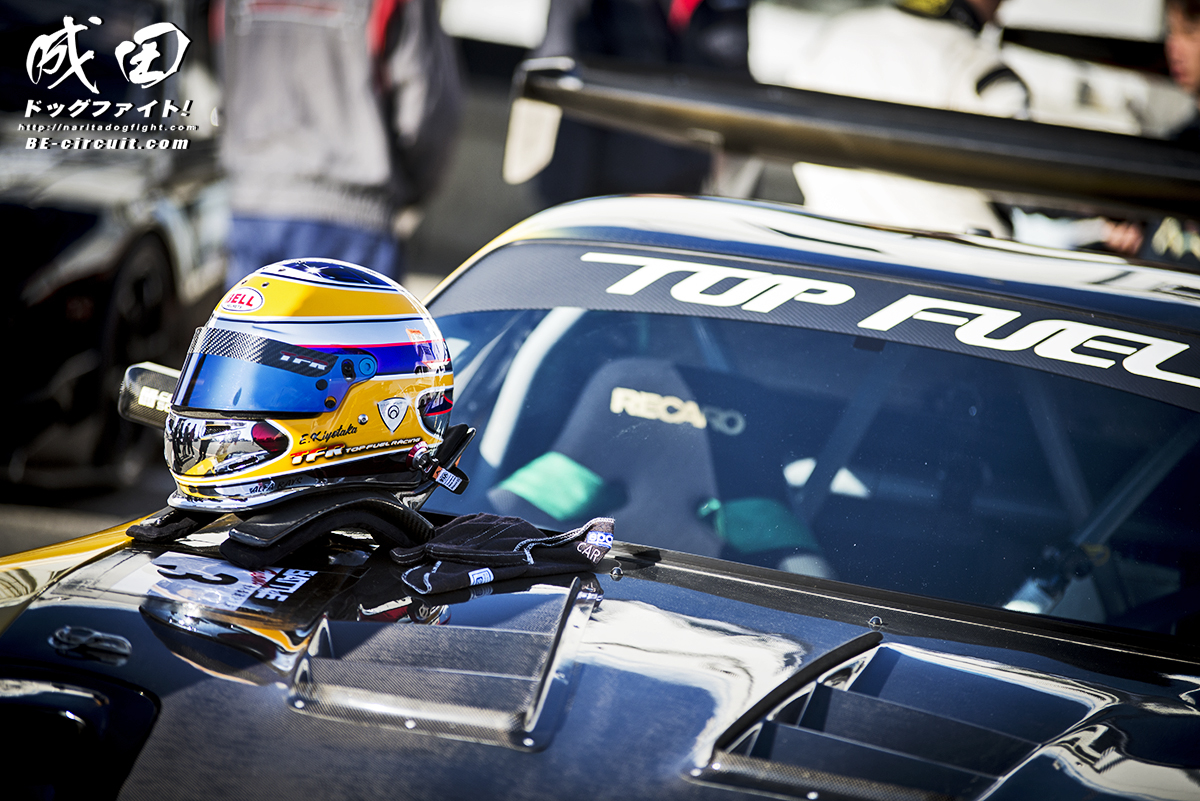 Battle Evome, and time attack events in general, are so unique in the sense that each participant has their own story; their own background.  Where they come from, how they got into motor sport, things that pushed them to attack.  They each have their own setups, their idea of what works best with their driving style, and maybe most intriguing – the way they style their cars.  The personality of each comes out in what they pilot, and it’s a large part of what makes us desire to see more.

We all want to express ourselves, some more than others, some for the wrong reasons.  The beautiful thing about Japanese motor sport is that, from what I’ve seen (and I’d like to think I have a pretty good perspective), is that their is no barrier between self expression and creation.  There’s a reason we all draw so much from Japan. There’s been quite a few changes put into this car since last year, namely the front end aero.  The newly designed front end aero being one of the bigger visual differences.  Not as extensive as some that we’ve seen, but it has a very distinct shape that seems to flow, and sharply cut through the air. A view from the front of how the canards are double stacked with the splitter.  The fan is placed in front of the radiator and used for when the car is warming up before runs. I’d like to say that the design is from Sight Hound, but I never got a chance to ask Kiyotaka as I didn’t want to disturb him before his runs.  Unfortunately, after his second session out he shunted the car in the wall and spent the rest of the morning working on the front end – I absolutely didn’t want to bother him after that hahaha A closer look at the engine bay and chassis bracing.  Like many time attack built cars, the bracing from the roll cage runs through the firewall to secure to the shock towers and frame.  I really like how the tower bar is integrated into the setup as well. The driver and owner, seen here doing some final checks around the car.  It’s hard to describe in words, but if you could witness his movements, the way he acts, even something as simple as his smile, it’s obvious that he built this car.  Kiyotaka always puts his car down as the ‘TFR☆向島R’ on the Evome time sheets.  向島, pronounced Mukojima in English, is an island in a group of sub-tropical islands called the Ogasawara Islands south of Mainland Japan.  The majority of the islands are uninhabited, and while I can’t say that I know of any ties to the driver and these islands, you can almost get a sense of minimalism from this that he puts into the car.  Is there a connection?  Possibly, but it’s all part of that initial connection and uniqueness I spoke of in the opening paragraph.  It draws us in, makes us want to know more. Last walk through and aero check.  One more moment of solemness before the pressure of attack sets in. From the pits to the circuit.  The idle chit chat of friends fading into the violent tones of the titanium exhaust and the fully built rotary as it propels itself around TC2000. The morning sun just now breaching the horizon to shine onto the track, warming it from the nights freezing temperatures. The suspension and aero adapting the car to each of the corners as Kiyotaka pushes the barrier. Flying down the back straight towards the final turn, you can see how the car flows in profile as an extension of Kiyotaka. But as all great attack drivers sometimes do, he pushed too hard, and due to a massive lock up heading into the final hairpin, the car was put into the barrier.  Luckily it wasn’t too bad, but the front end sustained enough damage to end the day. Still, a 56.398 hot lap was managed before the accident with an average speed of 130.058 km/h.  Which just tipped him into his personal best from a 56.580 which he achieved last year at Evome.  I know, from experience, it doesn’t matter how much you beat your PR by; it’s still a good feeling, and I hope he felt the same.  Although, I have a feeling this car is capable of breaking into the 55’s in it’s current form. Breaking down for the day, the extra set of forged Advan RZ-DF’s wrapped in the necessary A050’s are put away for now.  Awaiting the next time they set down onto Tsukuba… …awaiting the next time they can carry Kiyotaka to another victory, another way to express his desire, another day to become the fastest he can be, in whatever form he desires.