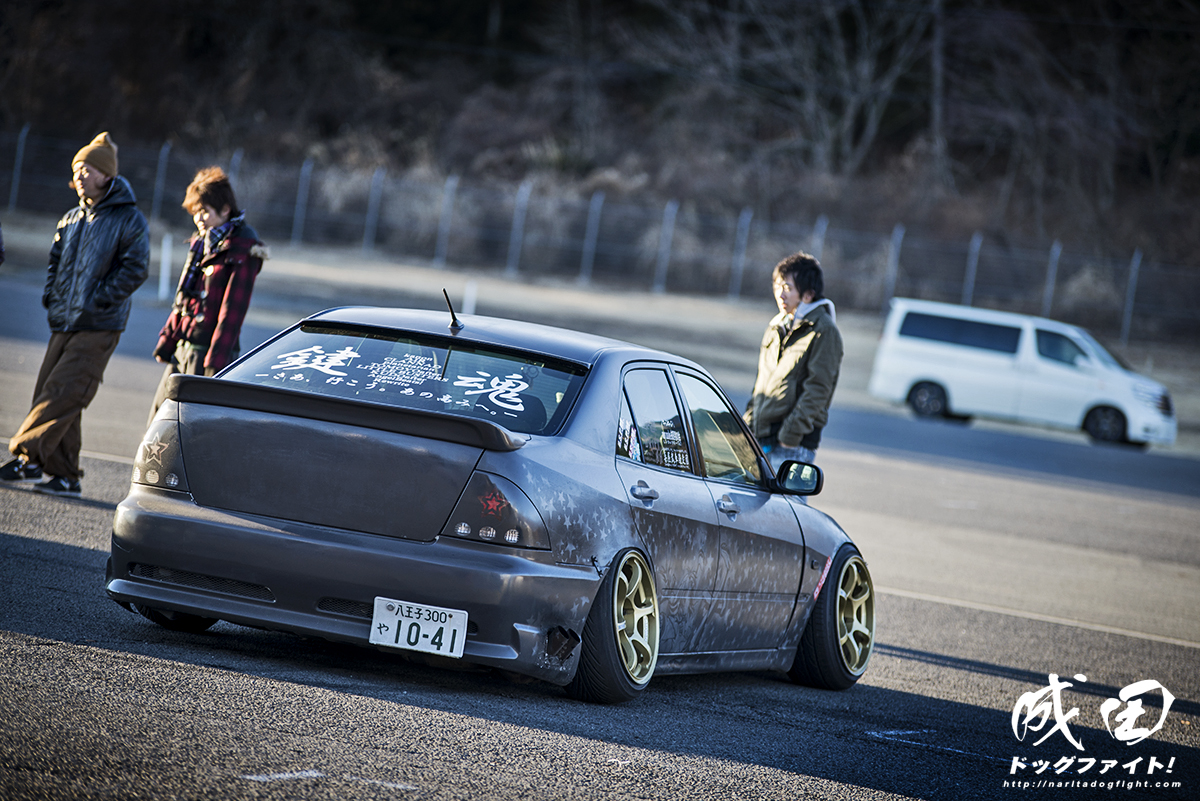 Here’s a little weekend treat for you guys – a little something different.  I love Japan for many reasons, but as I touched on before, one of my favorite things about the automotive scene there is the people’s ability to express themselves freely through their builds.  It makes for a lot of worldwide discussion.  It’s too bad that a lot of what we see is negative, but if you pick through the nonsense you can find some people that appreciate it for what it is.  No one said you have to like it.

At HKS Premium Day, I didn’t take much interest in the car show that was happening concurrently, but as we walked towards the drift track towards the end of the afternoon we passed by these few cars that were still in the lot.  This Altezza was a great example of what I was reflecting on… With an incomplete Mark X front end swap, the nose of the car gets a bit more sleek than the older Altezza look.  The anime themed, grey-scale paint giving it an extra push of uniqueness. The sticker on the back window actually listed out a bunch of different anime series; not sure why, but maybe they were his favorites. I’m sure this car isn’t complete yet, and while it’s not necessarily my personal style, or that of NDF’s, I still appreciate it for what it is, and I respect the owner for building a car how he wants to build it.  We can’t have originality if everyone’s doing the same thing just to fit in…that’s called conformity, and it sucks.

Look forward to seeing more of this – I’m sure we will.