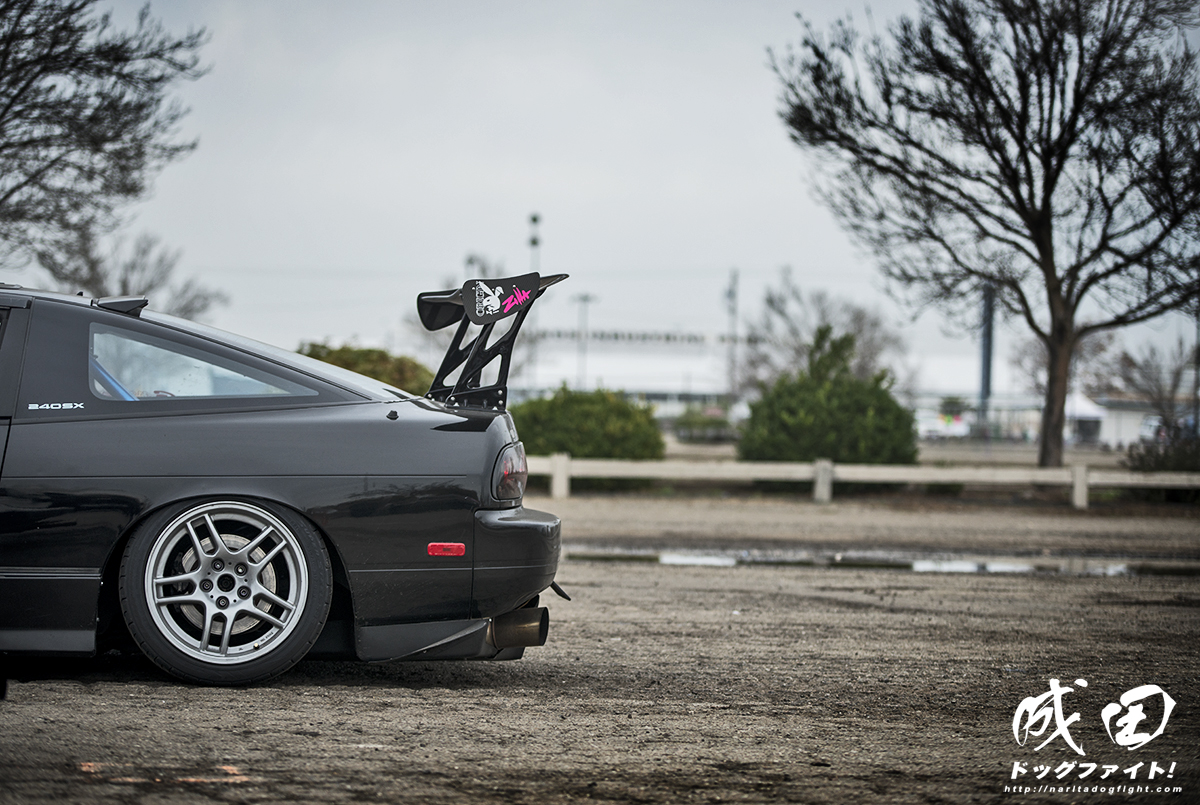 This weekend I decided to take a little trip up to the Bay area to hang out with a few friends.  I’m pretty lucky in the sense that pretty much anywhere I travel to now I can count on having some pretty great people there waiting for me.  This weekend there was some drift event in Stockton so Friday after work I hopped on a Jet Blue flight out of Long Beach into Oakland.  From Oakland I took the BART into the city to get dinner and drinks with a good friend and not do anything car related for a change.  I also convinced her to buy Friends With Benefits because it’s the greatest movie ever…so we watched that too.  Now she owns it, and will probably never watch it again; until next time I’m there.  Saturday morning I left her place around 11:00 to meet my other friend Huy in Easy Bay, from which we would drive to Stockton to meet up with the some other friends. We got there pretty late; I’d say close to 2pm maybe.  Some cars were already broken – including RJ’s Altezza which I was looking forward to seeing…oh well.  His car is great.  In the nicest way possible the car is haggard, but it’s so messed up that it makes it incredible.  If that makes any sense. So much character – you can’t buy that. Huy brought along some mounts and a D800 from work that I used for the day.  We mounted the D800 on his hood and followed Kam around on a run.  We forgot to put helmets on though and got kicked off the track haha…whoops.  I figured we were in Stockton so it wouldn’t matter.  Lucky was in the passenger seat doing the peace signs. This is pretty much the only drifting you’ll see because when I got home I reformatted one of my SD cards by mistake and all the pictures I took on my other cameras were toast.  I’m not too upset, but damn…if this was something important I would be hating myself; gotta be more careful. This S14 on Model 5’s was pretty neat.  I don’t know what was wrong with it though, or where it’s bumpers were. This guy debeaded (sp?) his tire because he put a V8 in his Cressida. This car was cool.  It was pretty low and had Impuls which I thought looked great. Franklin’s second cousin was there apparently as well. When Huy and I arrived Bryant had already broken an axle and was int he process of changing it out, only to realize he had two passenger side axles…so his day was done. That didn’t stop his car from looking so good though…I mean…come on.  This is ridiculous… …and this is Huy.  Some people call him Humble Huy, I just call him handsome. Spencer and Jessica were doing a not so great job at their signature pose. After the event we all went to this burger place called Flip’s in Stockton.  There isn’t much in Stockton, and by much I mean there is nothing in Stockton, but this place was actually really good.  Huy and I parted ways after that to drive to San Francisco after getting a friend in Millpitas.  Huy and his friend had bought tickets to go see Kyary Pamyu Pamyu and the Regency Center that night and we were running hella late.  I ended up dropping them off in front and driving around for 30 minutes looking for parking.  They missed most of the concert but we salvaged it by getting a good bowl of ramen at Tanpopo.  After we dropped his friend off back in Millpitas we headed over to Quickly’s to meet up with Dino and a couple other people.

We ended up going to one of the touge’s with Spencer and David to do a little mountain drifting.  It was fun, but as far as pictures go it was pretty impossible to get anything decent.  It’s pitch black and Huy’s car is bumpy as…bumpy as…I don’t know.  Even with the D800 at like a billion ISO it was pretty worthless. Anyway, I had a really great time.  It’s always good to check in with friends on the other side of the state.  Thanks for the love Norcal.