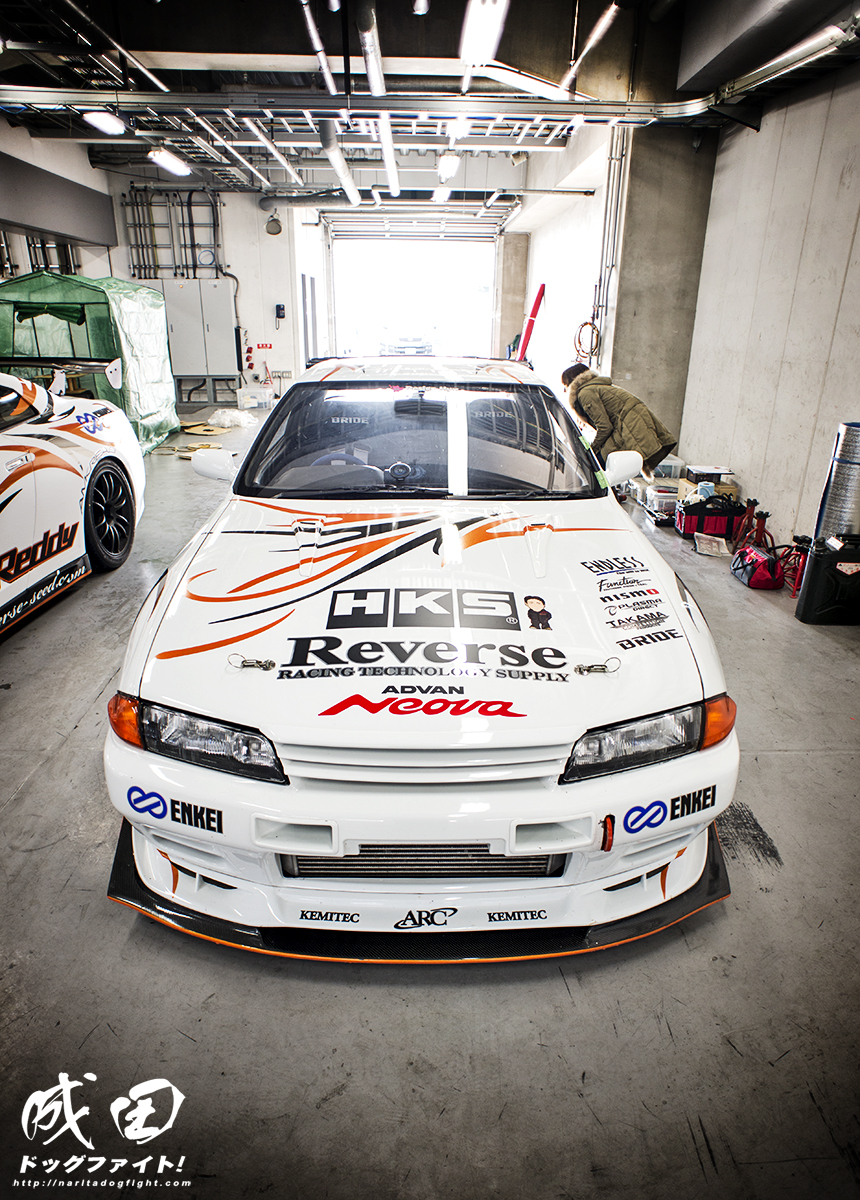 One of the Super Lap cars I was most excited to get to see up close was the Reverse R32.  Fans of the site will know my affliction with the Auto Gallery Yokohama R32; well, this is basically it’s competition.  Both 32’s set up for attack on Fuji, both shops taking different approaches to their builds in their own right.  The AG-Y R32 runs a 1.43 at Fuji.  Keep in mind, the Cyber Evo ran a 1.41 – blisteringly close!

The Reverse R32’s fastest time to date on Fuji is a 1.49 – well off pace of the AG-Y, but let’s take into consideration some differences in the builds.  You can get a run down of the AG-Y R32 here.  Right off the bat you’ll notice some major differences. Namley that the Reverse build, is more or less built on the basis of balance.  While the AG-Y R32 is an all out, no holding back, time attack build – you’ll see that the Reverse 32 is a bit different.  For starters, the Reverse car maintains it’s entire interior.  That’s right, rear seats, passenger seat, carpet, dashboard, etc…all in tact.  You could literally pick up your son from elementary school in this car. You’ll also notice that the Reverse car is still street registered…so when I mentioned you picking up your son, I wasn’t kidding.

One of the main reasons that the Reverse 32 is a bit slower than it’s AG-Y counterpart is the powerplant.  While they both run RB26’s, the Reverse car maintains the twin aspect of the RB, utilizing two HKS GT2530 turbines – as opposed to the AG-Y’s one massive Garrett unit.  However, both are running the HKS 2.8 stoker kit.  All that aside, the AG-Y car makes a bit more power… That doesn’t mean the Reverse car can’t hold it’s own in a dogfight. I look forward to seeing how far Reverse develops this build.  As of now, the car has proven it’s capability in it’s current state.  Whether or not they choose to develop it further, or concentrate on their newer R35 build is to be seen.