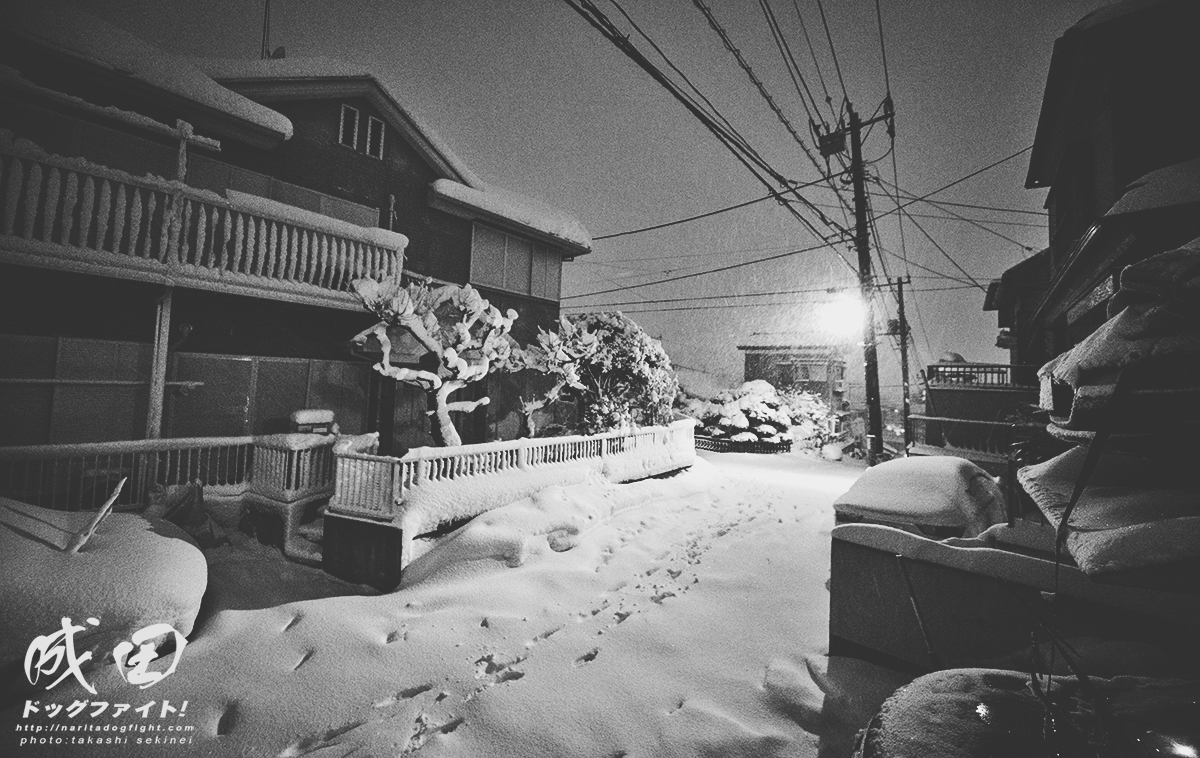 It’s been quite some time since I posted something about the ‘日本を見つけた’ series; I believe the last one was on the Sky Tree.  I suppose now that we have some new followers I should bring them up to speed on it.  The ‘Finding Japan’ posts are just my way of taking a break from the automotive side of this blog, and focus more on Japan itself.

I’m a little late with this, but no doubt you’ve heard of the record snow fall in Tokyo over the past few weeks, and for good reason.  Japan was hit with over a foot of snow last weekend (27cm), that’s the most snowfall in decades.  Dramatic weather like this always comes with it’s downsides, and this instance was no exception; major transportation delays and cancellations, injuries, and unfortunately even some deaths came about as a result.  This is definitely a noteworthy event in Japan both good and bad.

The picture above was taken from my good friends porch at his house in Yokohama.  This is the street I’ve driven on countless times and it’s completely invisible.  Buried under feet of snow… The next morning just down the street revealed fields just blanketed in fresh powder. Untouched streets as no one dared go out and drive in the snow – as not many people were prepared for such weather. While it was still fresh, and since no one was out and about, it was good for playing and sledding.  You can see the water that used to drip down this pole frozen in place. Even my friends in the Chiba area were messaging me about the insane amount of snow.  I’ve been to Japan quite a few times in the winter but I’ve never got to experience something like this.

I thought it was really cool, so I figured I’d share.  Thanks to Sekinei for the shots!