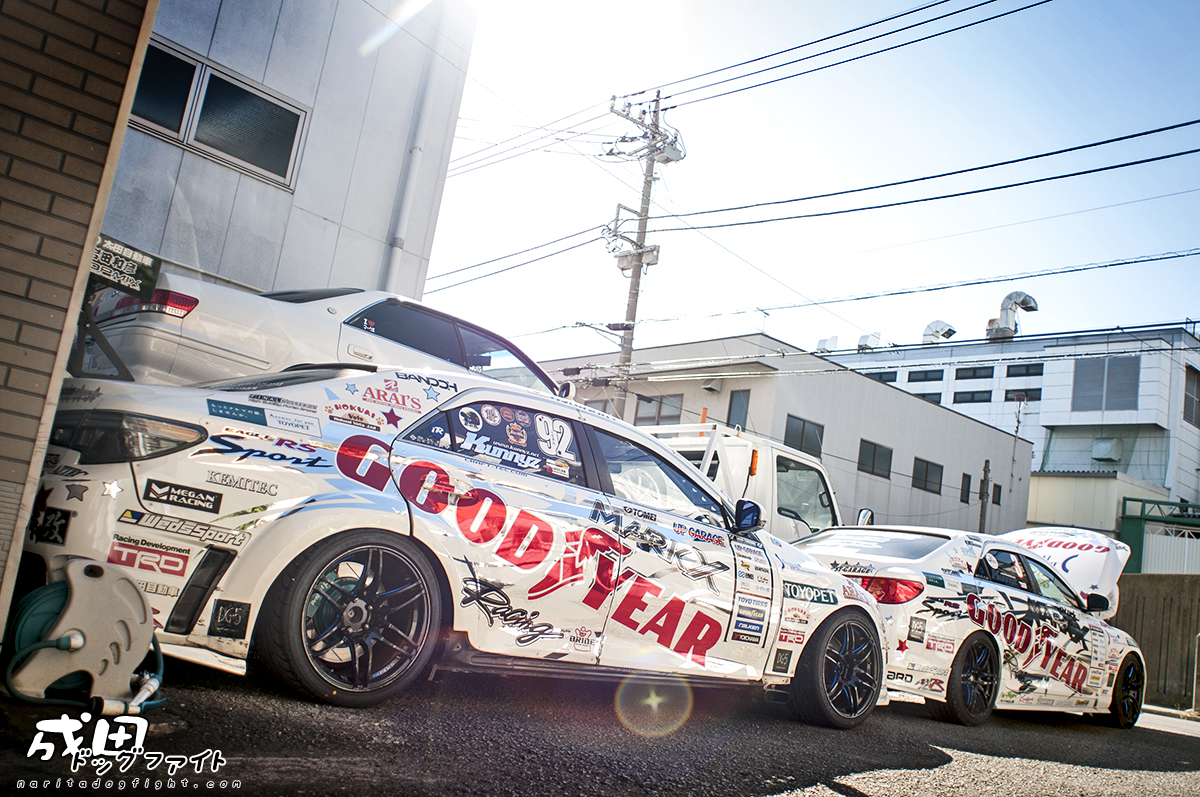 Throwing it back to last year when Jay and I stopped by Kunny’z to say hi to Kuniaki-san and Masahiko-san, seen here rocking the Uggs.  I had met Kunny-san awhile back briefly, but had never stopped by his shop.  Seeing as it’s in Kanagawa, I figure it would be worthwhile to stop by and say hi again.  Kunny’z, the shop, has been around since about 2004, but what most people don’t realize is how much influence this man has had in the drift scene. A quaint shop, located just North of Yokohama in the Tsuzuki Ward, Kunny’z has been in the automotive scene for just about a decade now; easily becoming a staple in the D1GP series in Japan.  Kuniaki himself has been drifting for ages though.  If you’ve ever heard of Nightwalkers, the first thing to come to mind should be Kuniaki.  He had a customer at the time so I waited back and snapped a few pics of his new D1 Spec GRX130. Beautiful cars with the most quality parts.  DG5 coils lowered over a set of WedsSport SA-60M’s, bring the now wide body closer to the ground. 2JZ’s now supply the power to the rear of the Mark X, as opposed to the newer V6 4GR that came from the factory. Once the customer left, we had a chance to talk about what’s been going on at the shop.  After we had chatted about the obvious, Kuniaki brought up that his goal for the next year would be to compete in the US in the Formula Drift series; he even jokingly asked me to sponsor him, as it is very expensive for a Japanese outfit to compete overseas.  Little did he know I’m having trouble funding my own builds.  I suggested he bring his JZX100 (which is for sale BTW) to America and show everyone what they’ve seemed to forgotten over the past years (*ahem…style…) – to which we all laughed vigorously.

Well, funny enough, as you all know by now, he made it!  While I’m sure it’s incredibly difficult, just the other week he competed in the first round of FD at Long Beach (Kind of – he was sort of rushed to finish the car and didn’t get any points in).  So, hats off to you Kunny!  Congratulations and the best of luck.  If anything, at least your car looks good. If you’re interested in buying the JZX, let me know and I’ll pass your info along.  It’s still got the trillion or so horsepower 2J in it…