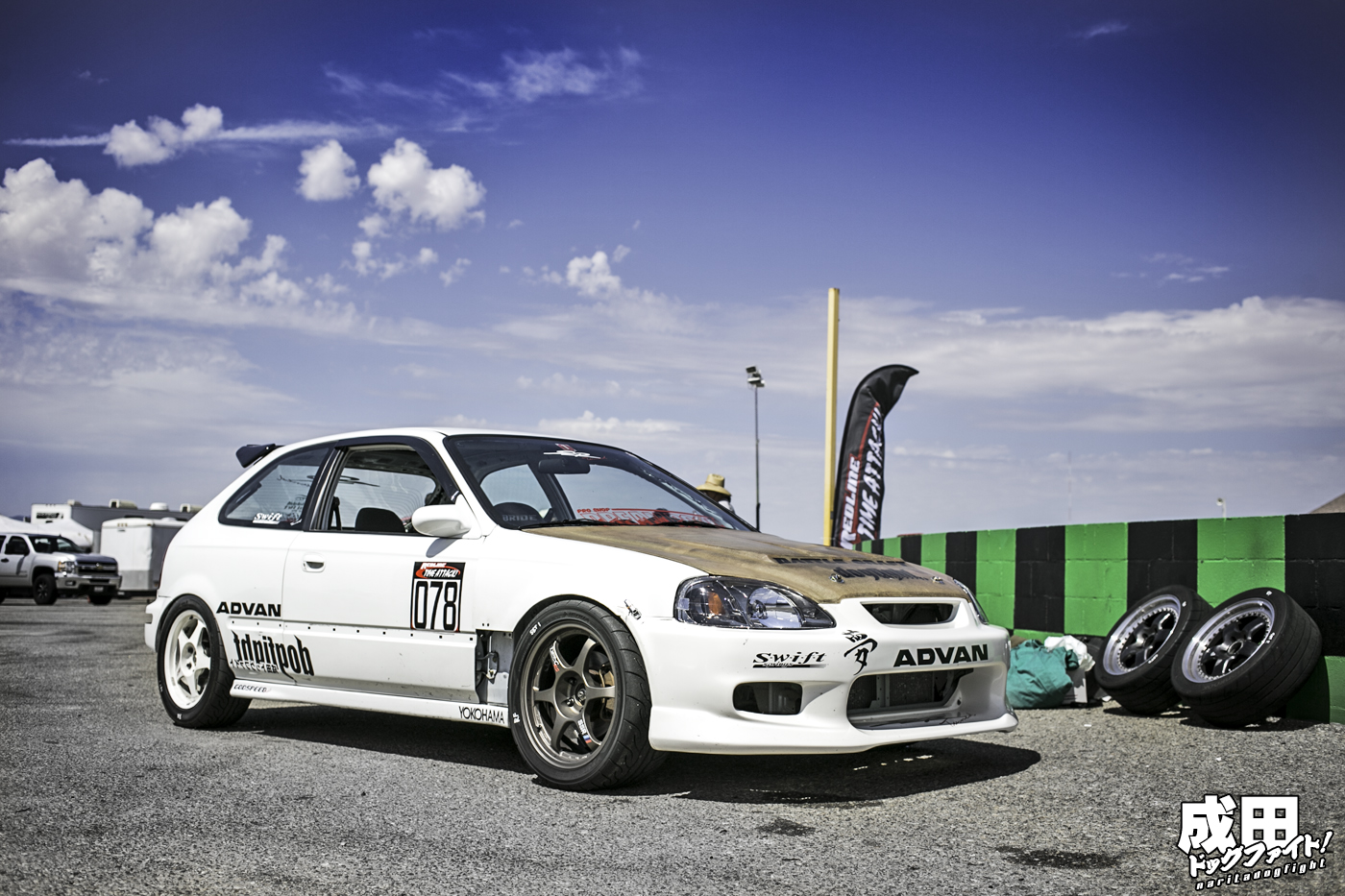 At the beginning of the year, the 2014 Redline Time Attack series saw a new face join the ranks.  Kristian Wong; by day a tuning specialist at SP Engineering in the City of Industry, by night (and also probably mostly by day as well, but after work), an overall racing enthusiast whose interests have fallen into the extremely entertaining world of FWD Hondas; specifically the EK you see before you.  Quite strange for a guy who tunes 1,000+hp GTR’s all day to be involved in what most see as the underdog in motor sport right?  Not quite though, as the race track proves to be the leveling ground for all chassis, and if anyone is tangible proof of verifying that statement, it’s Kristian himself. Having raced a few open sessions some years ago in his DC2, Kristian’s experience behind the wheel was, for a lack of better terms, missing when he started this season of Redline.  Despite that however, Kristian has proven to be a natural on circuit. Slowly developing his car over the course of the year, Kristian has managed an impressive 2nd place in the overall standings for this series.  As he stands, with one exempt race to use, there is a very good chance he could walk away with the 2014 series win in his class.  Just a few weekends ago marked the fifth round of Redline Time Attack that was held at Streets of Willow circuit at WSIR.  Although the conditions weren’t ideal, with ambient temperature reaching in upwards of 100 degrees, Kristian still managed to pull out an incredible 1.27:857 second lap; a solid 1.5 seconds in front of the 2nd place time.  Couple this with the fact that he’s had transmission issues and you will quickly see why he is so high in the standings. Combating the understeer that is so common place on these cars has been a large challenge, especially at this most recent event where the track temps were so high.  Kristian mentioned that after raising his car from previous events, the dampening felt off to him, and that only after adjusting it multiple times throughout the day was he able to adjust to the new settings. We’ll be following Kristian and his EK closely in the coming events, and how he develops the car to maintain consistent performance on track. Stay tuned for more!