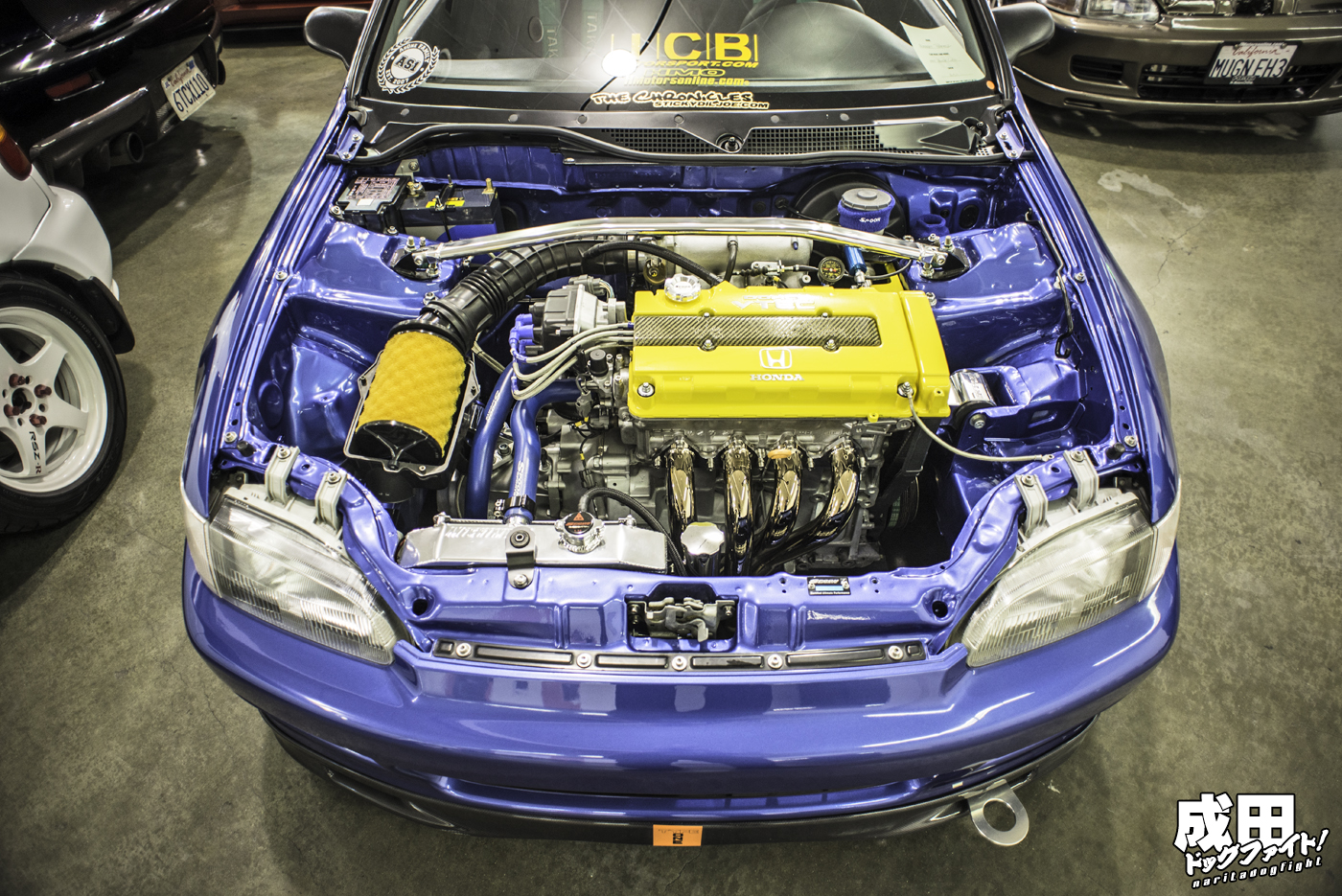 Making my way around the hall of the San Jose convention center, there was a lot of different builds that caught my eye.  I really liked the consistency of this Spoon themed EG. Next to it was another EG on Work RSZ-R’s; a wheel you don’t really see around too often anymore. The bubbly, LB GTR that we saw at Autocon LA a few months back. I really enjoyed this Liberty Walk E92.  Despite it’s crazy wide body, it had an air of simplicity to it that I found intriguing.  I actually like the yellow, which is strange because I typically don’t prefer them, but I think this would look amazing in black or a deep blue. Another GTR with the RB kit; this one looking a little more aggressive than the white one. Algier’s EVO; which I believe took home 1st place in the EVO category.  Looks great in the new green. It was about this time that I needed a break from the whole car show thing.  I walked down Markest Street, and in front of the Cesar Chavez Plaza there are a couple cool restaurants and cafes.  I grabbed some coffee and a sandwich at this one joint. Then I remember Huy mentioning that there was a Muji close by as well, so I decided to walk around and find it.  Muji in Japanese translates to ‘plain’, and that’s basically what they sell; really plain, somewhat simplistic stuff.  I’ve only been to them in Japan and actually had no idea they had US stores. I liked this chaise a lot, but it’s not like I could fit in on an airplane.

OK, well, I suppose I should get back on topic. Back inside I ran into Brendan who drove his MK4 up from Socal.  I didn’t know he was going to show his car here, so it was a nice surprise seeing him. His car isn’t your normal Supra; it’s got a high comp NA 2JZ.  Quite the non-typical route to tuning a 2J. This Subaru was completely wrapped in carbon vinyl.

I have to go to work, be back with a couple more shots tonight.