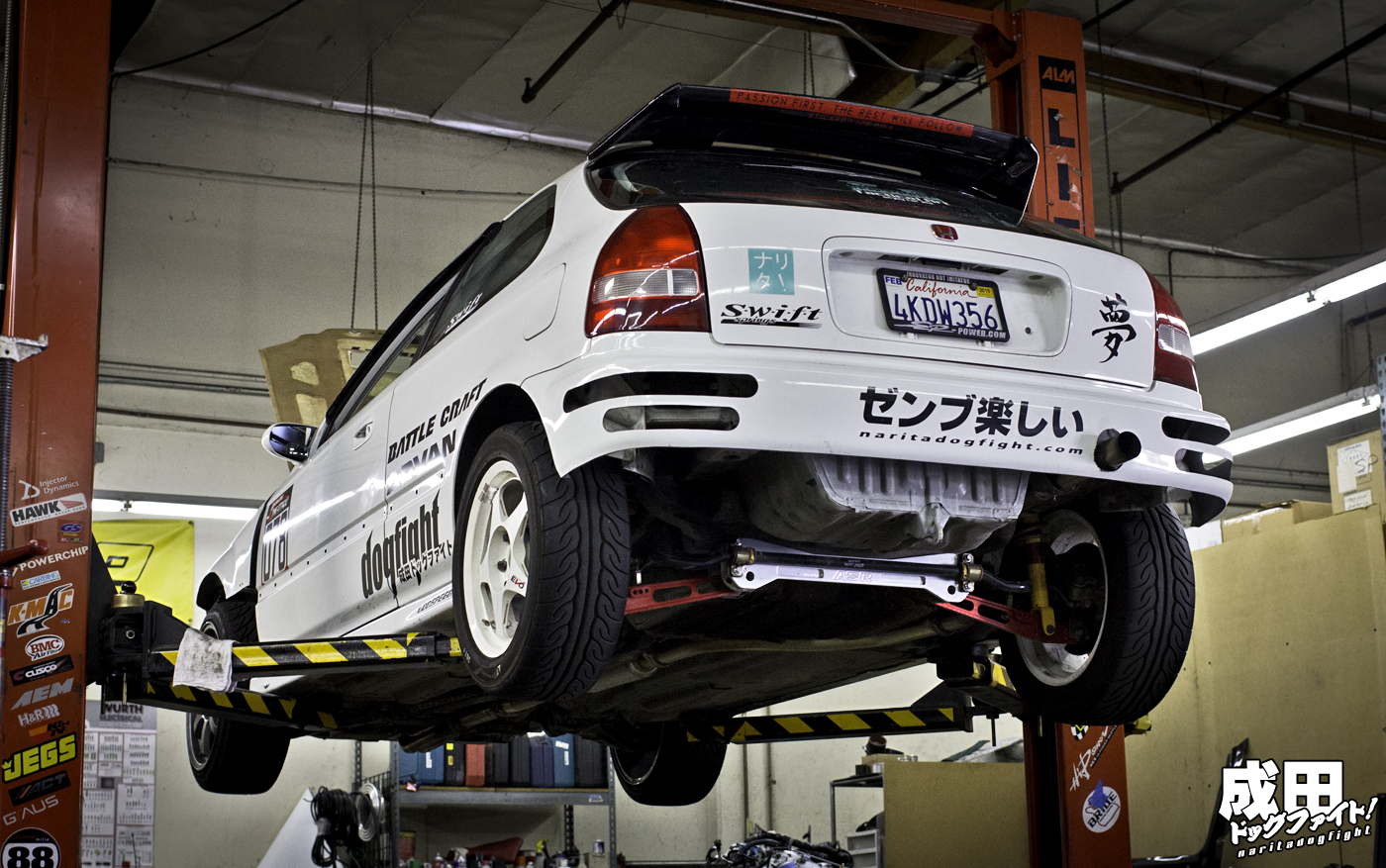 “Diligence is the mother of good fortune.”

Before I jumped into the coverage Sekinei got of this past weekend’s Skyline Owner’s Battle, I wanted to address an issue closer to home.  For those that weren’t aware, our good friend Kristian had, for lack of better terms, massive engine failure this past week when he was driving home from work.  I use the term massive because it basically rendered the current engine useless in it’s state.  This means that in order to finish off the season, compete in Super Street’s FF Battle, and possibly the VTEC Club events that wrap up this year, he would have to give it his all to tear the engine down and replace the block.

If there ever was an example of diligence, Kristian showed it this weekend.  In two days time, removing the engine, tearing it down to replace the block, reassembling all to have it on the dyno late Sunday night. Since not having a car is simply not an option for him, Kristian began the tear down on Thursday evening. Since Kristian works at SP Engineering, he’s lucky enough to have a good work space (as well as a lift) to take on the task in such a short amount of time. GTR sitting casually in the background as the lift is lowered. Son stopped by in his S2000 and parked next to Yuta’s Corolla. Once the engine was out, he had the chance to disassemble to see what the main cause of the failure was. One look at the metal shards adorning the oil pan drain bolt tells you quite a bit about what happened. Even worse are the chunks of metal in the oil pan… A closer look reveals that one of the bearings was totally destroyed. In it’s destruction it actually cracked the block.  Kristian was able to source another block that same day so he can send the other one out for repair. Kodi sent me a snap chat (‘ssssssean‘ if you’re interested in getting my dumb snap chats),  of Kristian running the engine up on the dyno getting ready to tune it.  I don’t believe he got 100% finished, but damn close.  We’re certain it won’t make the same power as it used to, but at least the car is running and will still be able to compete, all due to Kristian’s diligence to the sport.

Thanks to Dilly for the tear down shots ~