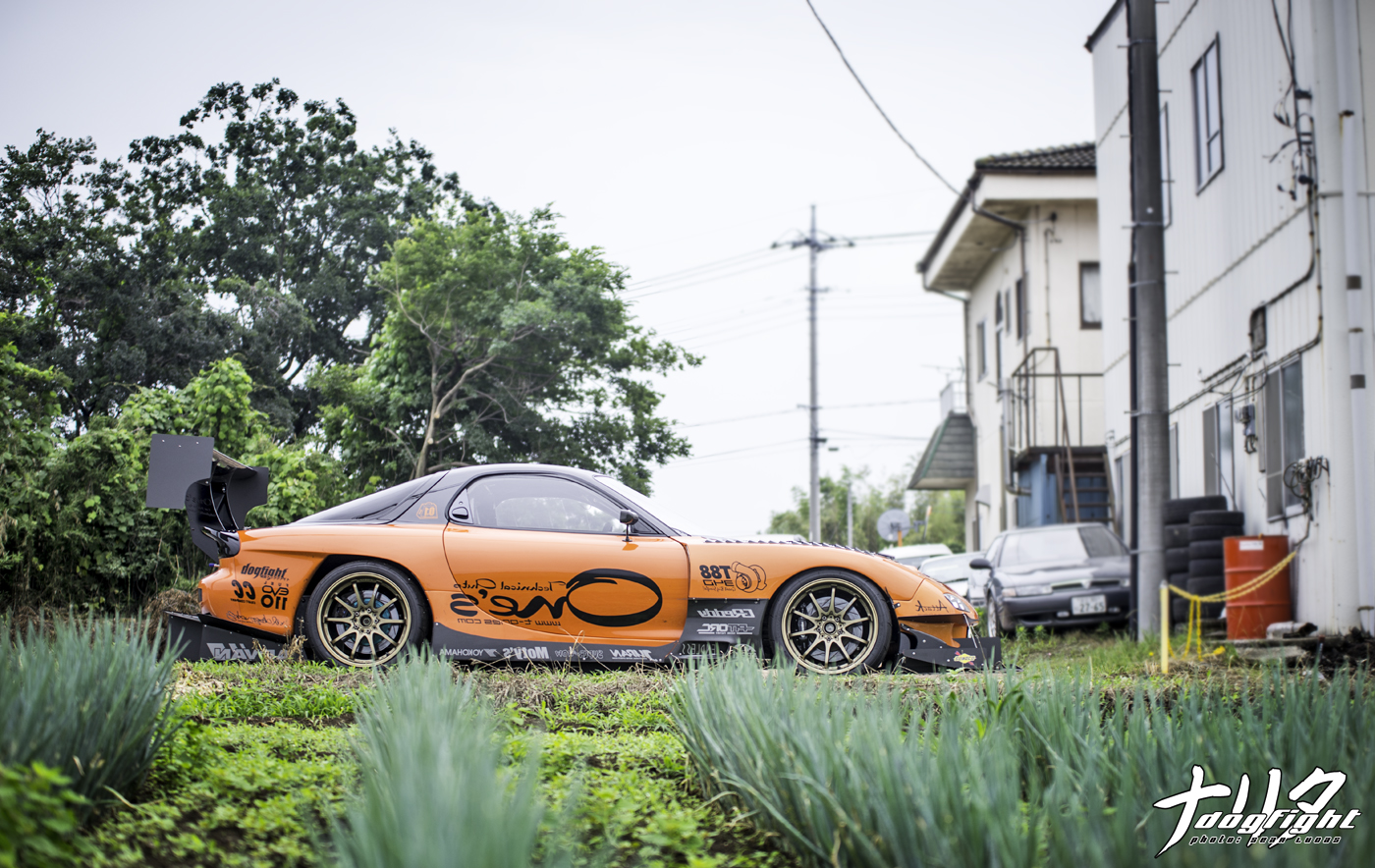 Well, this post has been a long time coming!  Hard to believe it was about 8 months I ago that I made the trek out to Gunma to shoot Takahashi’s FD for Super Street.  Now that the magazine has been off the stands for awhile, I think it’s about time I post up some new and behind the scene shots that weren’t used in the magazine.  To be honest I’ve been so caught up with other coverage and work in general that I forgot all about posting some shots.  I ran into Takahashi at the last Battle Evome and it reminded me I had these shots just sitting around.  He was at the event supporting the Wood Village S30, as he had just completed some work on it.

This had to be one of my more satisfying photo shoots, for a few reasons actually.  One, the car has been one of my all time favorite FD’s in Japan.  T-One’s is a shop that cuts no corners and it shows in Takahashi’s work.  Second, Takahashi is nothing short of a great guy.  He is extremely accommodating, and all around a very, what’s the word I’m looking for here, lighthearted guy.  Three, Summer time in the country side has always been very peaceful to me.  Hot? Yes. Humid? Extremely.  Despite those two rather climatic downsides, it is rather enjoyable.  It’s quiet, the scenery is very lush, and there is a slow-paced allure that resonates throughout the green fields.  In fact, the allure was so strong that Matt and I couldn’t help but go frolic amongst the onion (ネギ) fields.  And as if there need be a fourth reason, it would be that Sekinei, Park, and Matt came along for fun.  I think the only thing better than getting to photograph an incredible car in the country side of Japan, is to do just that, but be surrounded by good friends at the same time. 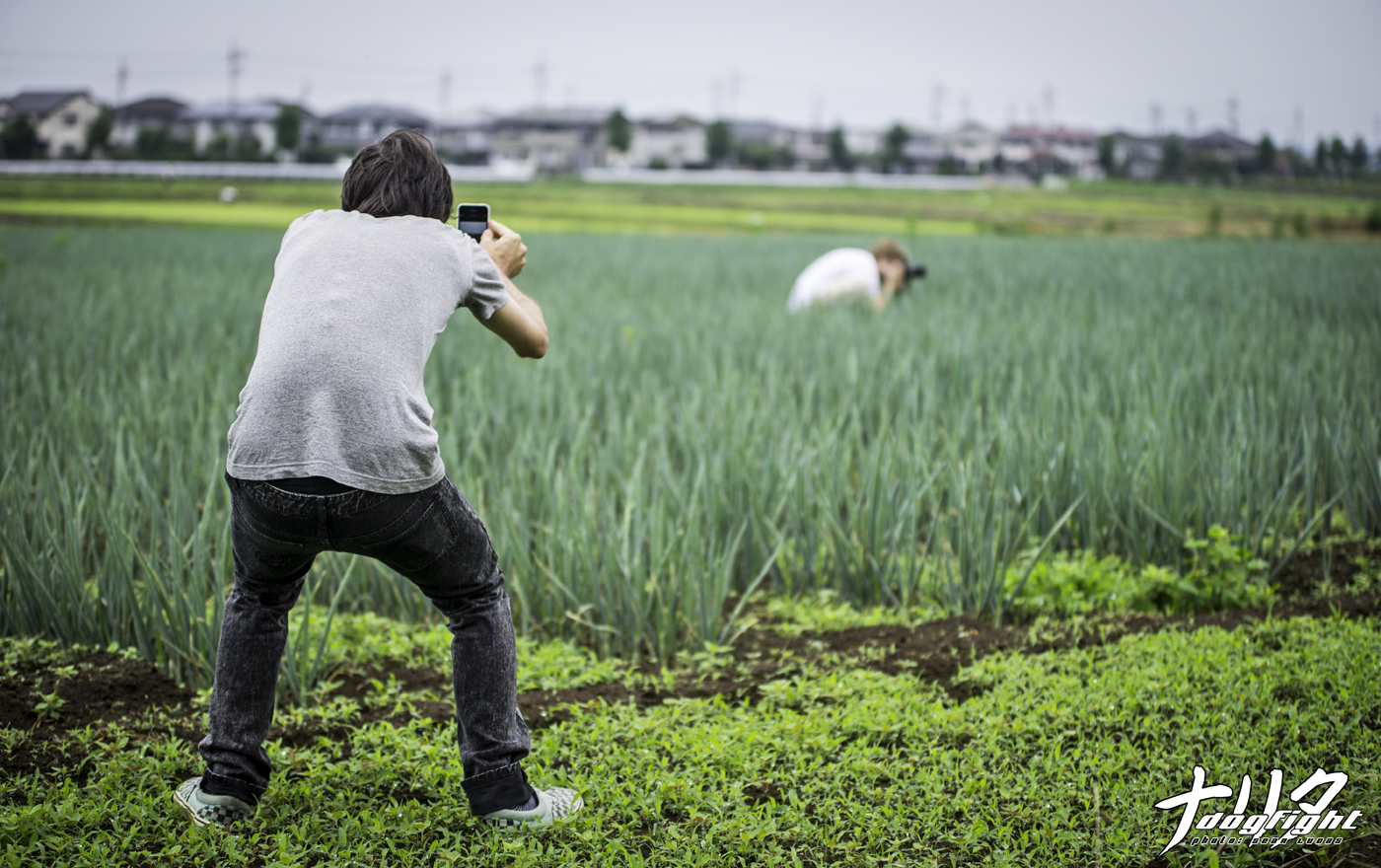 But I digress…it wasn’t all about the negi; albeit the fields of it played a large part.  It was a good day, spent with good people, doing what we all love – and in life, you can’t ask for much more.  Plus after we wrapped up the shoot, Takahashi took us all to his favorite Katsu restaurant down the street.  Delicious.  I think he threw it up on the T-One’s blog if you want to dig around for it. 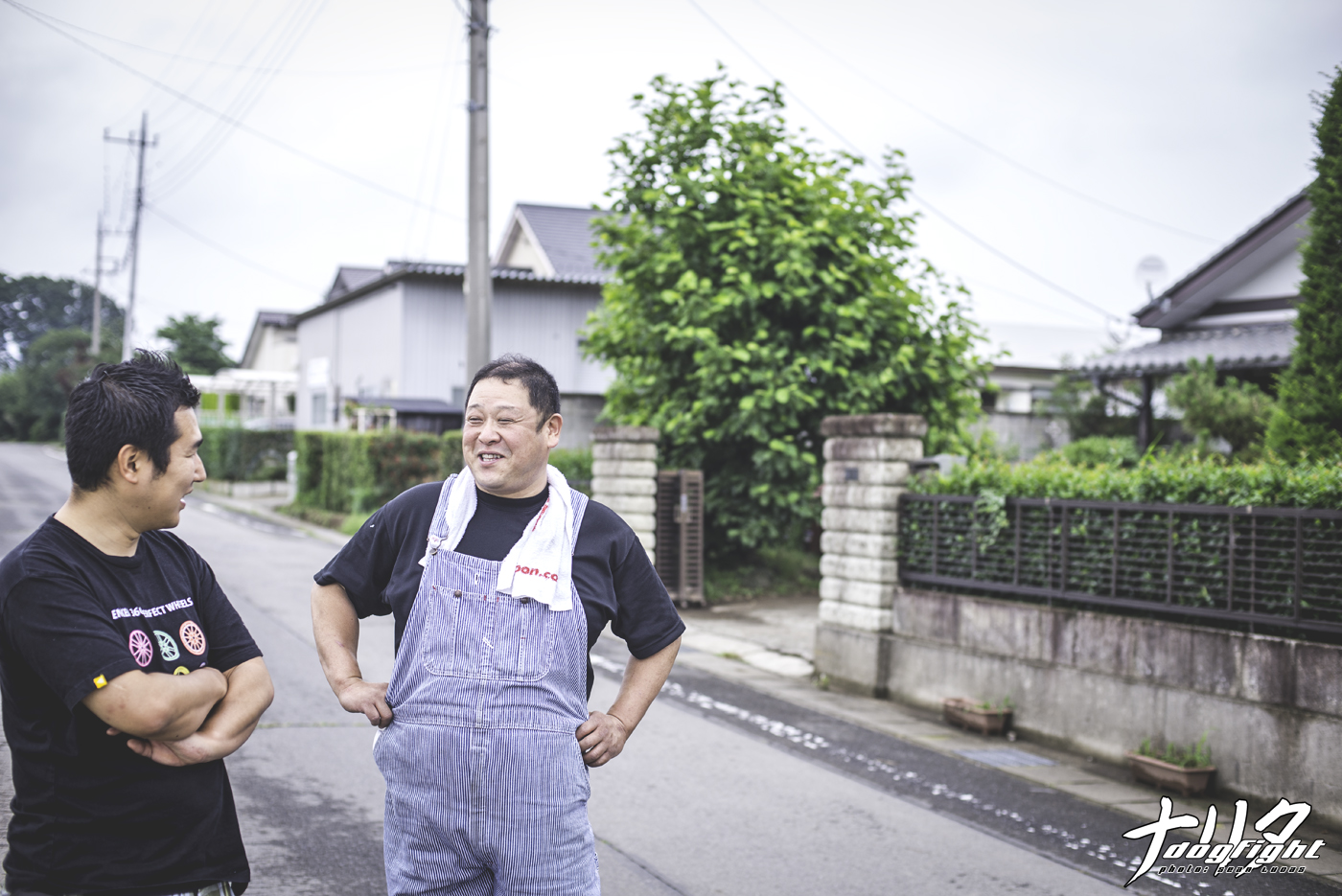 This is Kazuyuki Takahashi; owner of Technical Auto Ones, or T-Ones for short.  A name derived from Takahashi’s bodily mass believe it or not; home to one of, if not THE, fastest FD in Japan.  He is the man responsible for many things Mazda, namely, the FD you see before you.  I won’t get too technical in this post – if you want to know more specifics about the car you can check out the Super Street article.  It’s probably online by now. 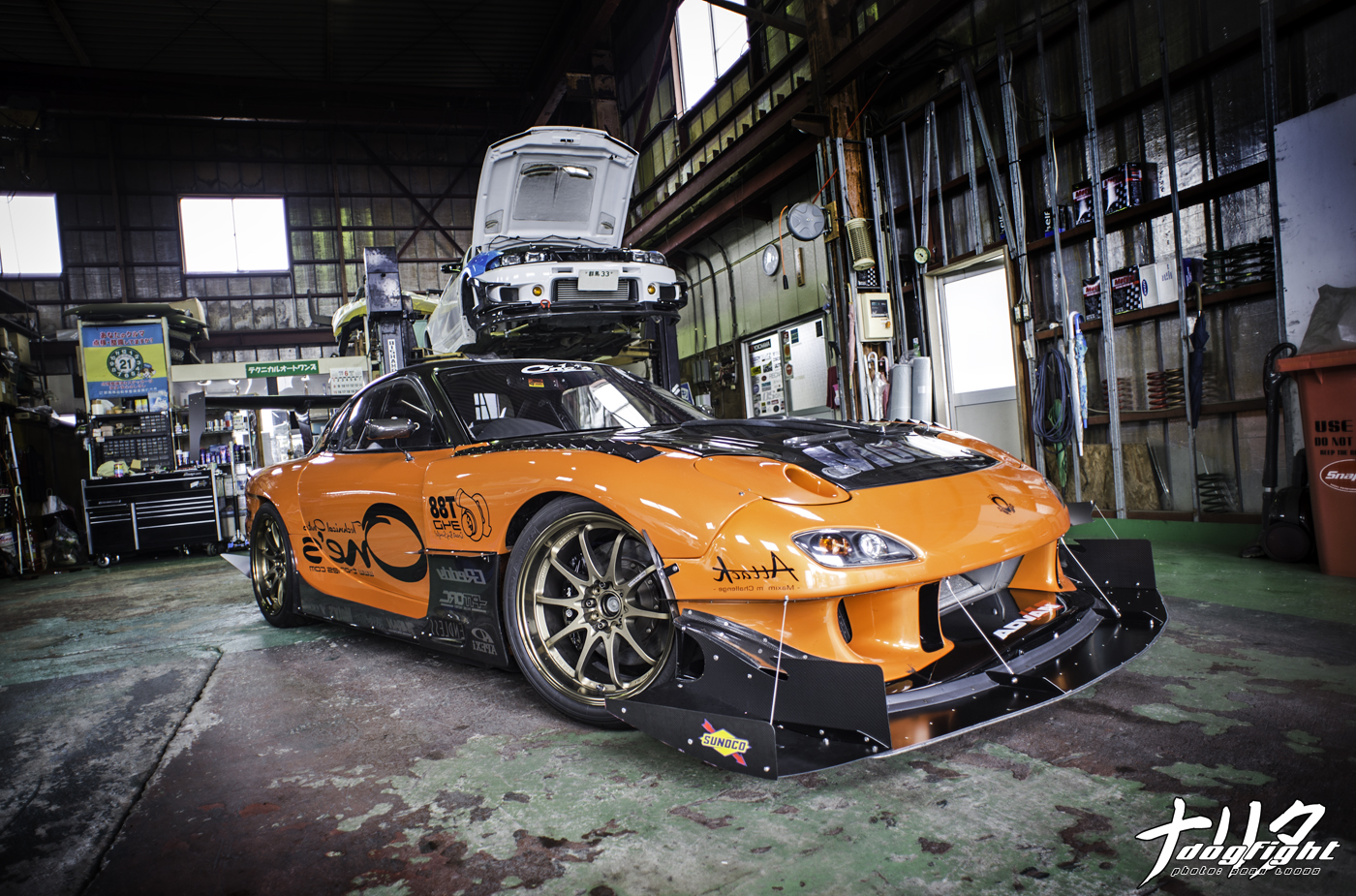 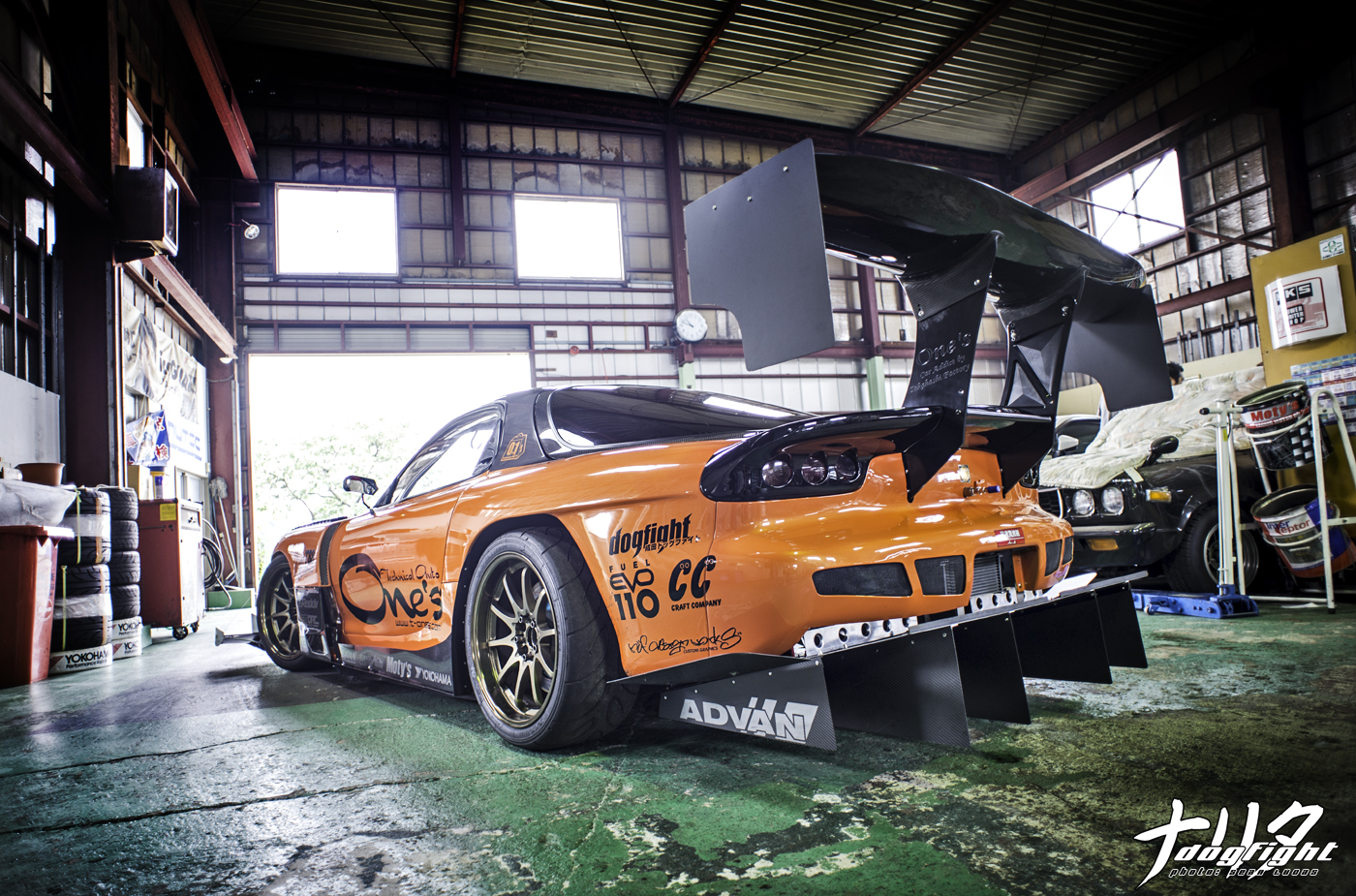 Grabbed a few shots inside the shop before we guided it outside to the side street.  You can’t deny this car it’s presence; that’s for damn sure. 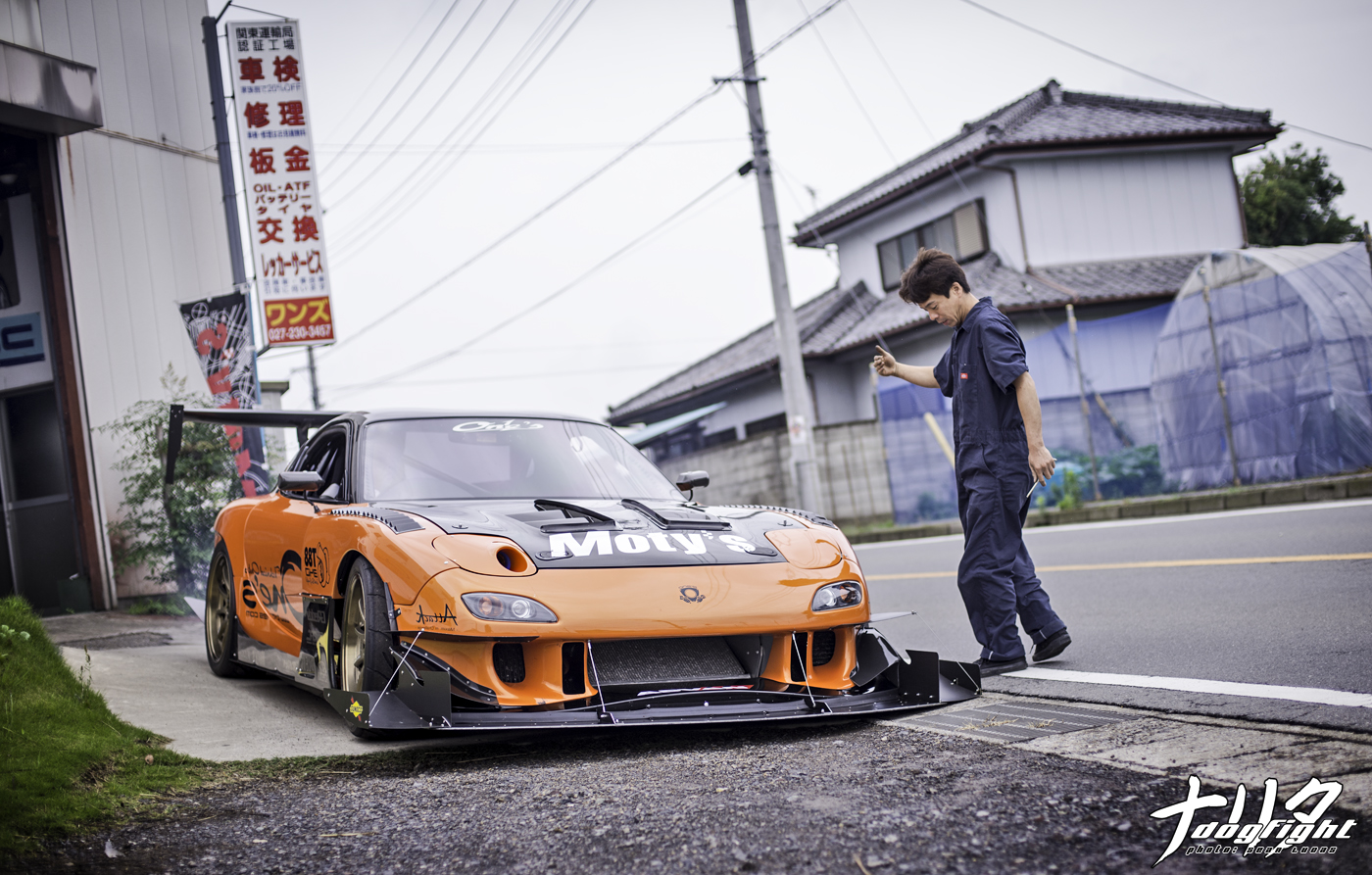 Takahashi has driven up and down the driveway so many times, he’s dialed in the exact angle to minimize ground contact.  It’s best to still use a guide though. 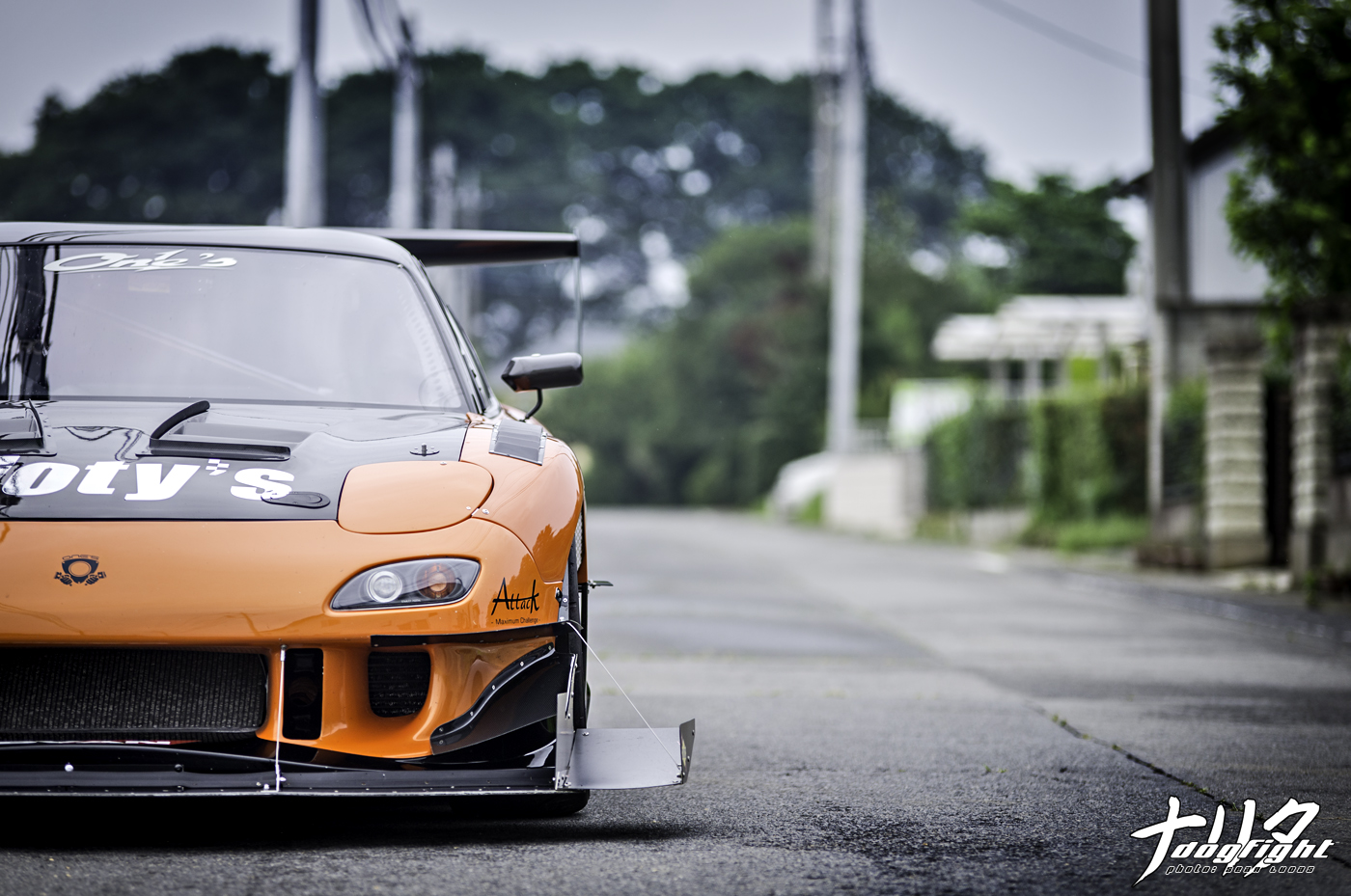 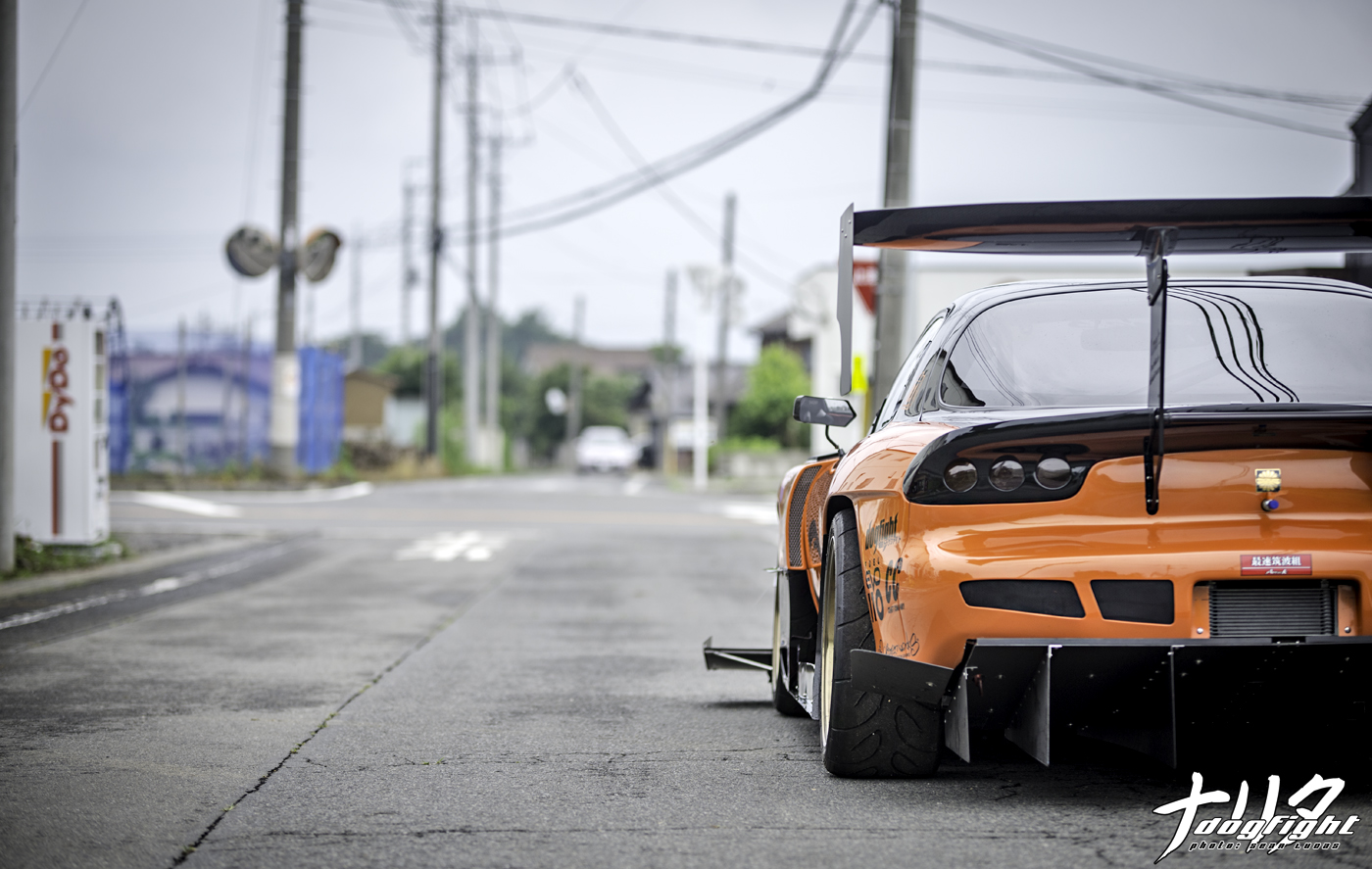 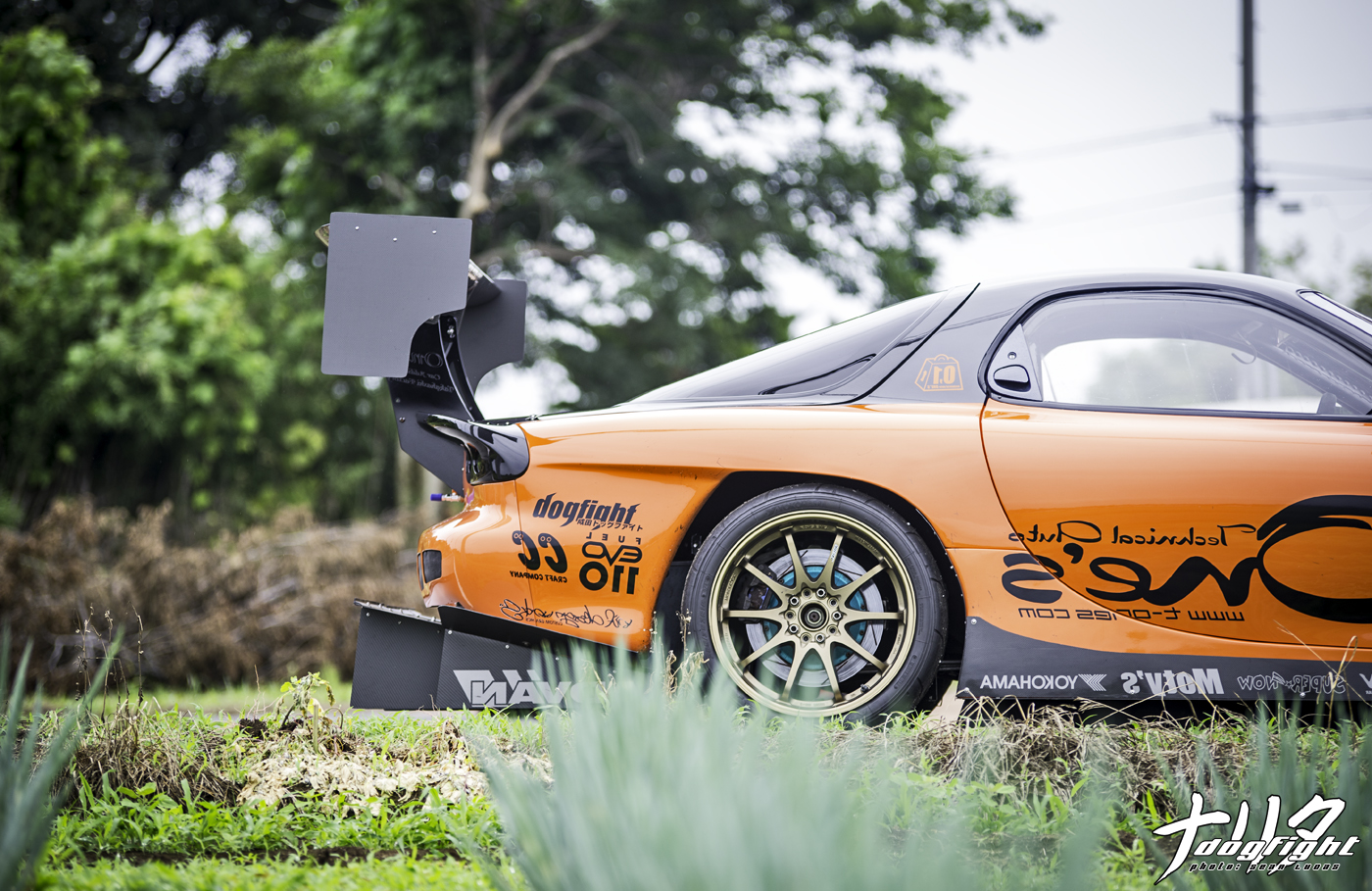 Couldn’t help myself from diving into the rolling fields of green onion.  Which consequently got my shoes muddy – totally worth it. 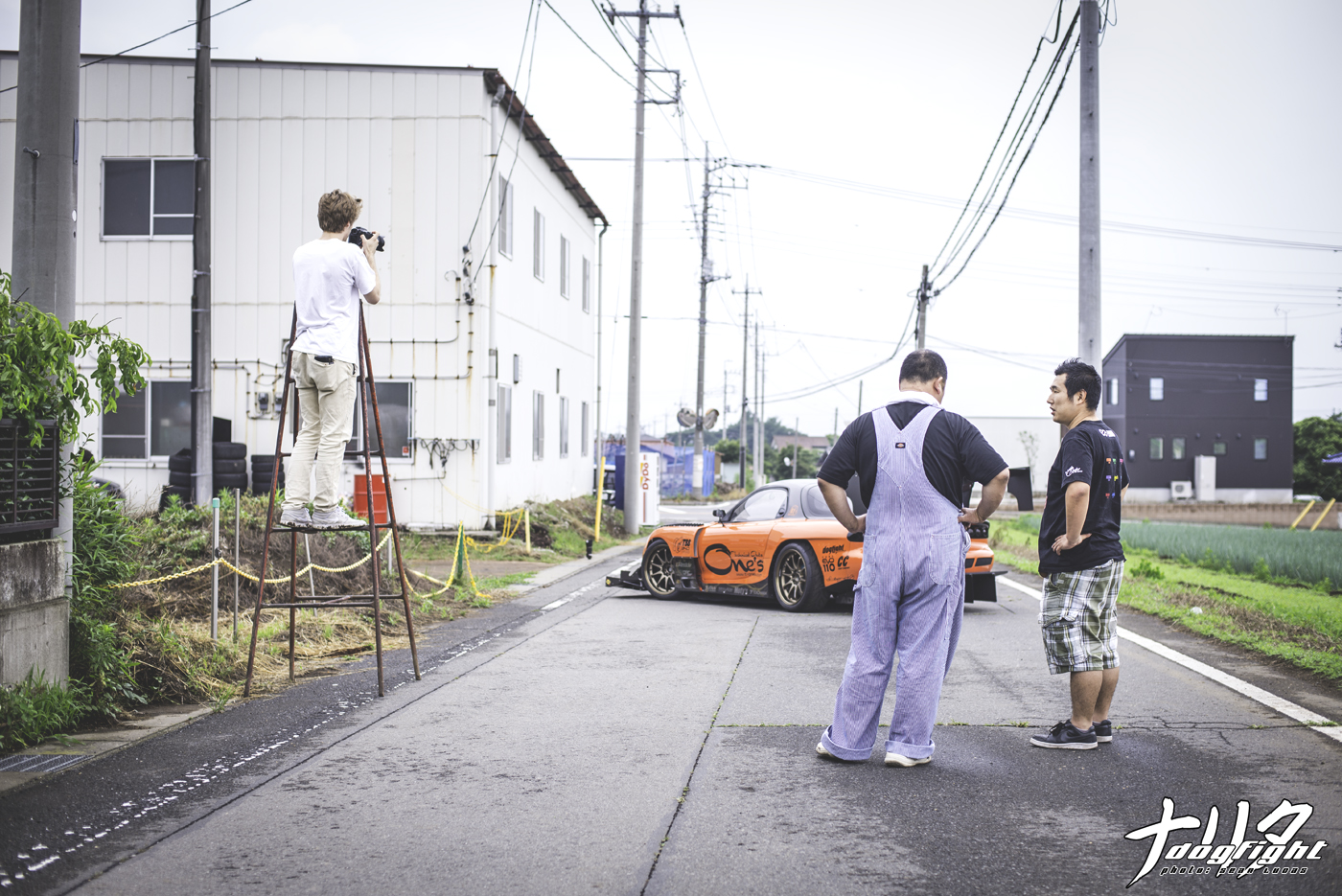 I borrowed a ladder from inside the shop to get some better angled, full bodied shots.  When Takahashi brought it out I was pretty skeptical.  I thought for sure if I was ever going to break my neck, it would be from falling off this ladder.  You can see Matt, muddy Nikes and all, in this shot, getting some pictures for his blog Constant Fun. 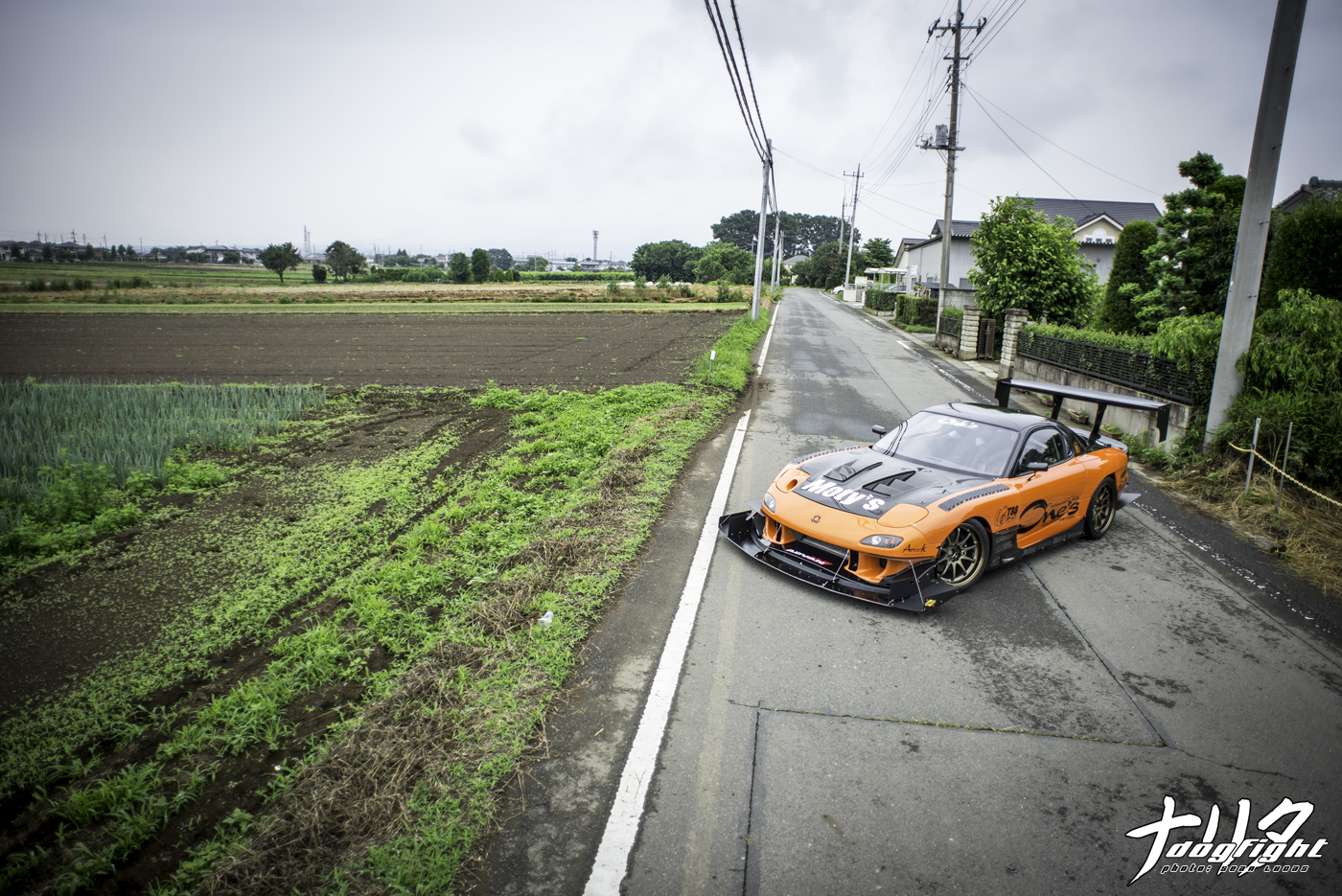 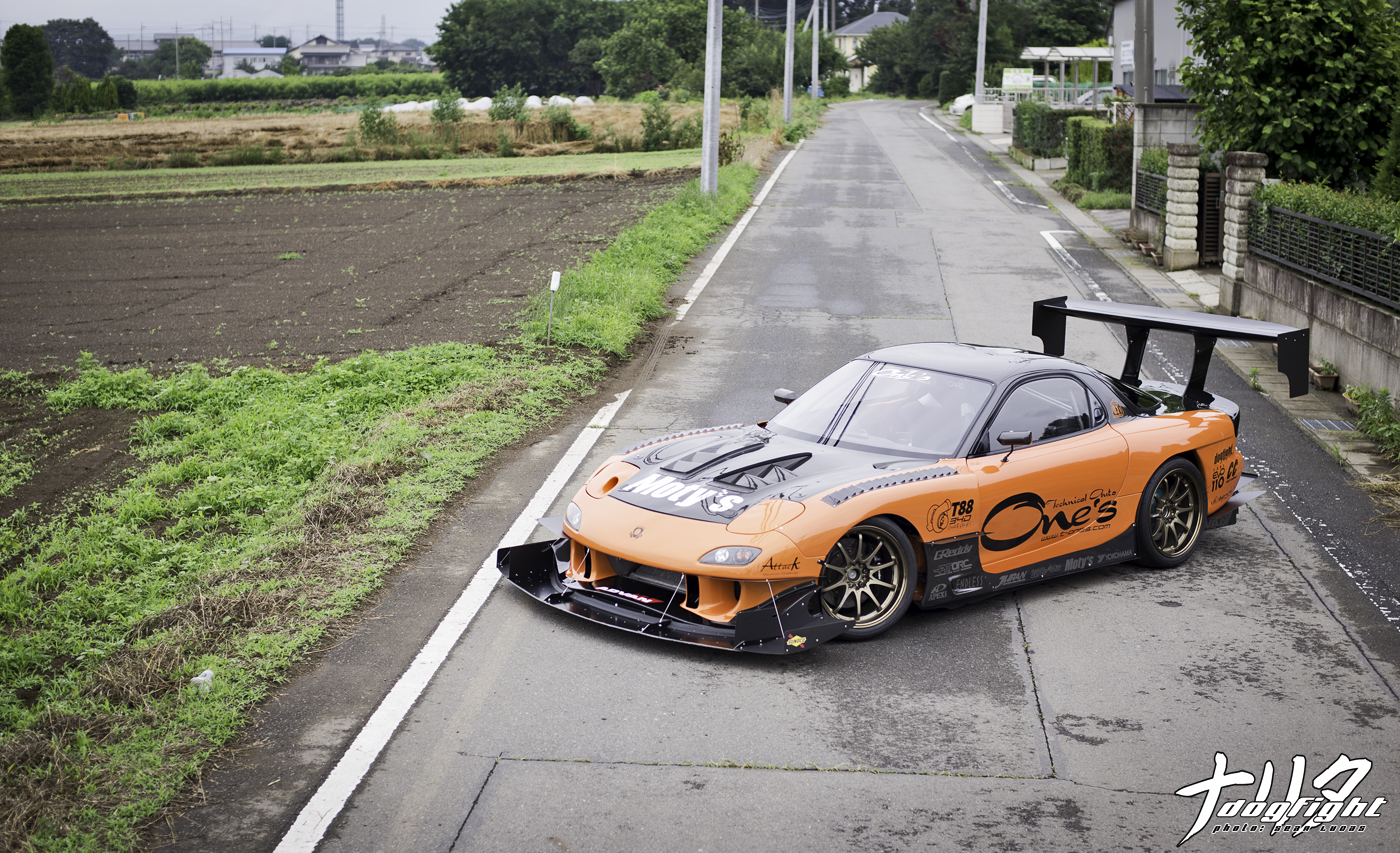 The result of such shots.  *Not pictured: my fear of being on that ladder. 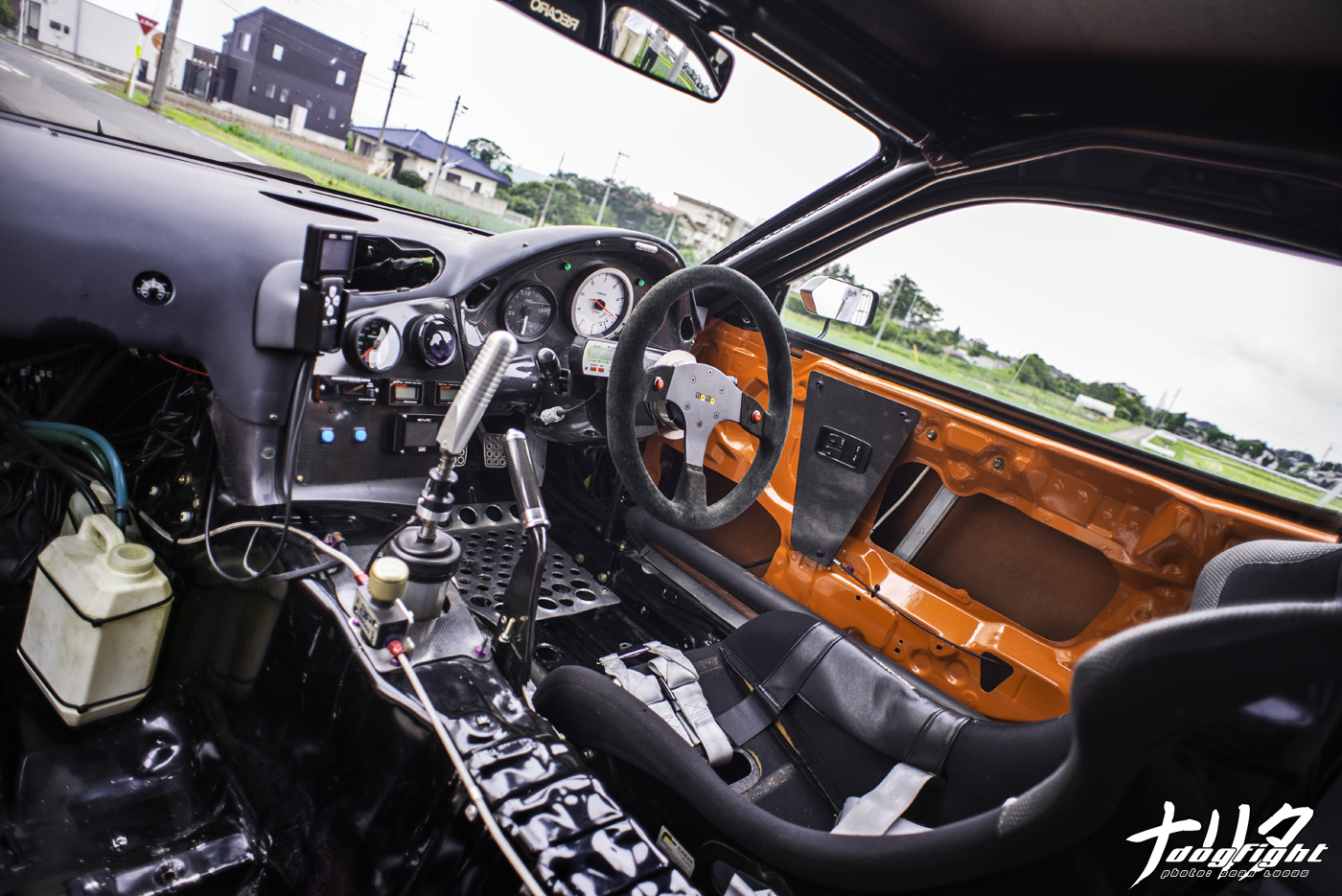 The interior is all business as well. 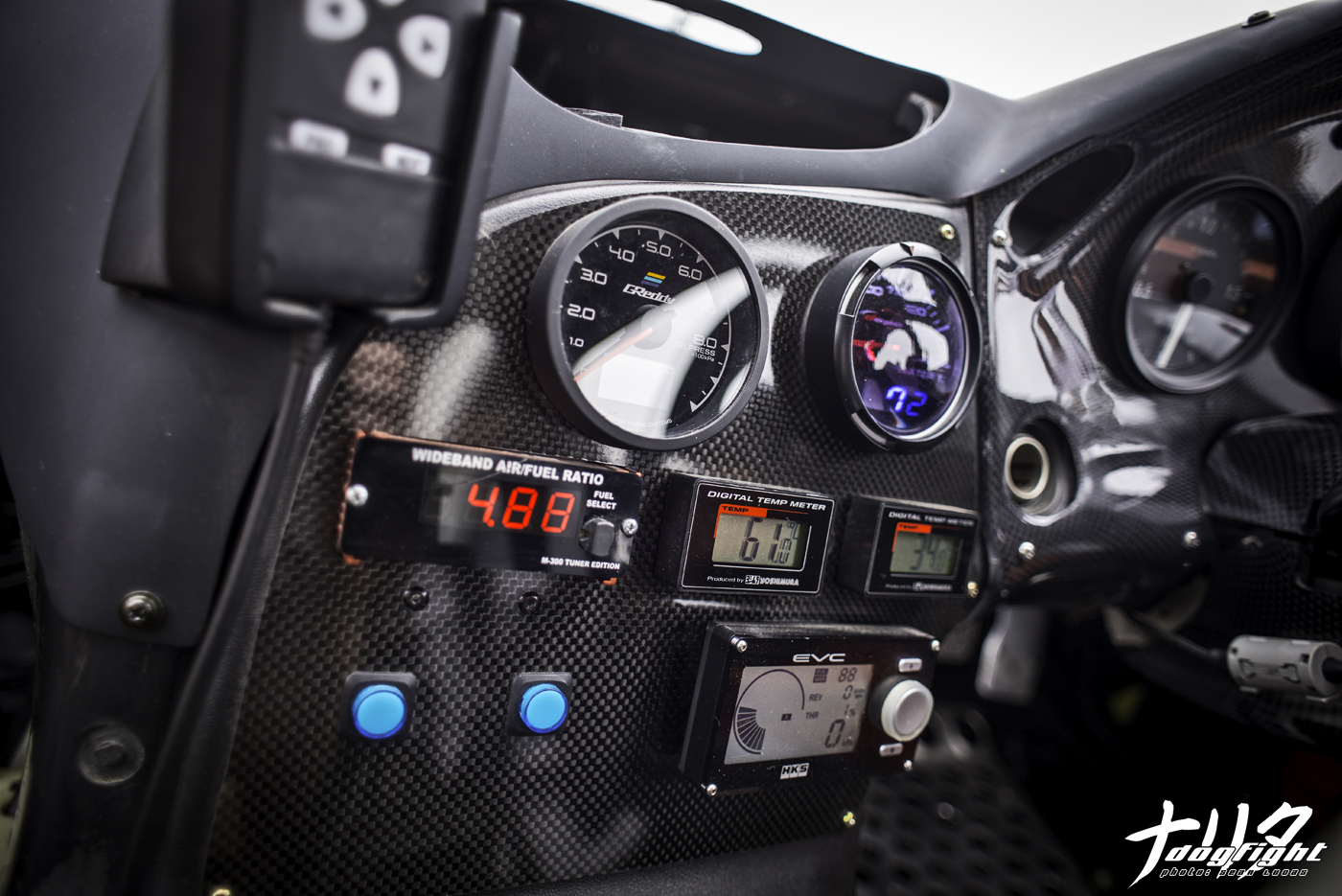 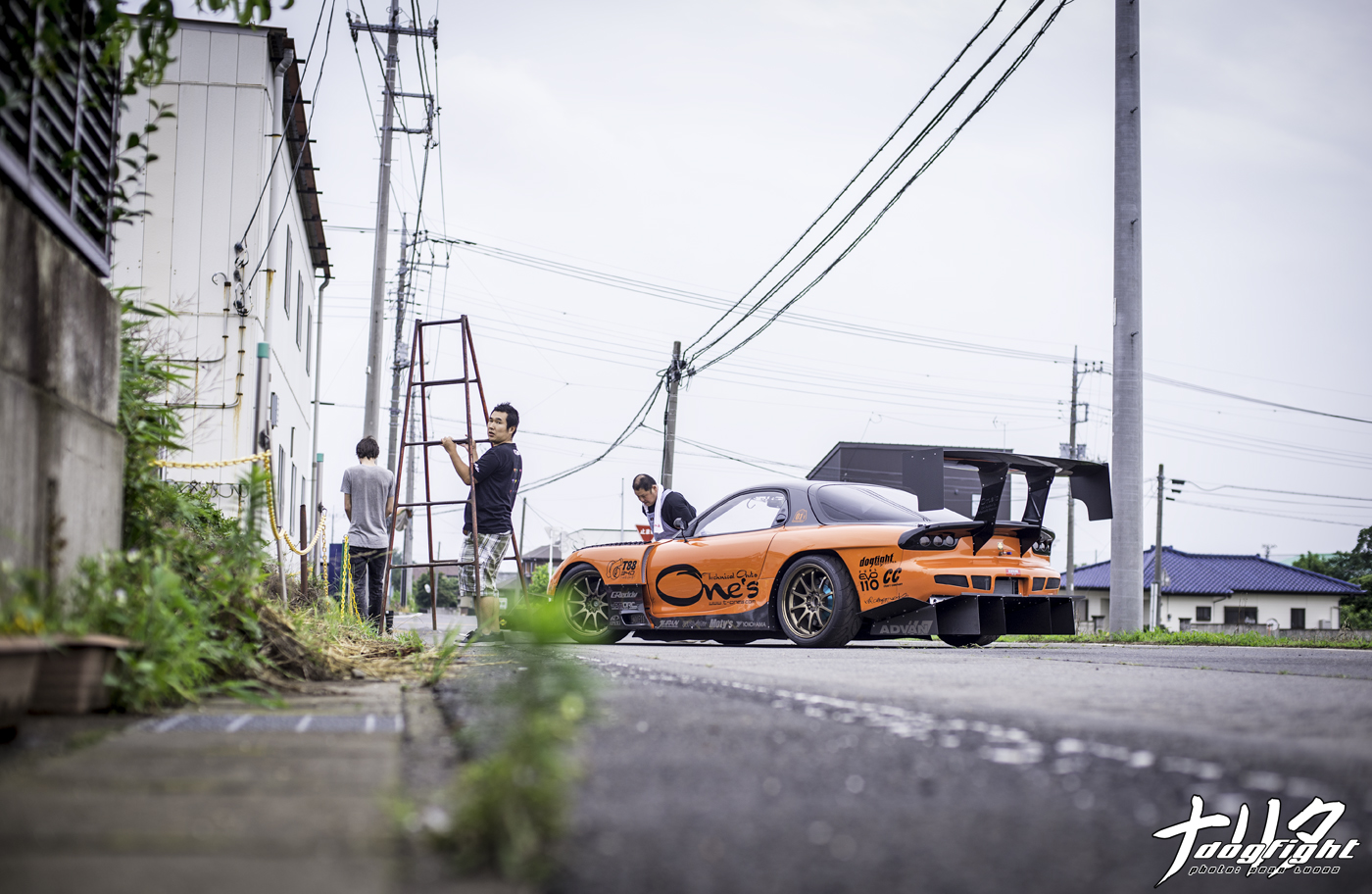 We moved the car around quite a bit.  There happened to be an abnormal amount of traffic for some back alley road.  Takahashi had no problem with it though – super nice and easy to work with.  Looks like Park is peeing in this picture. 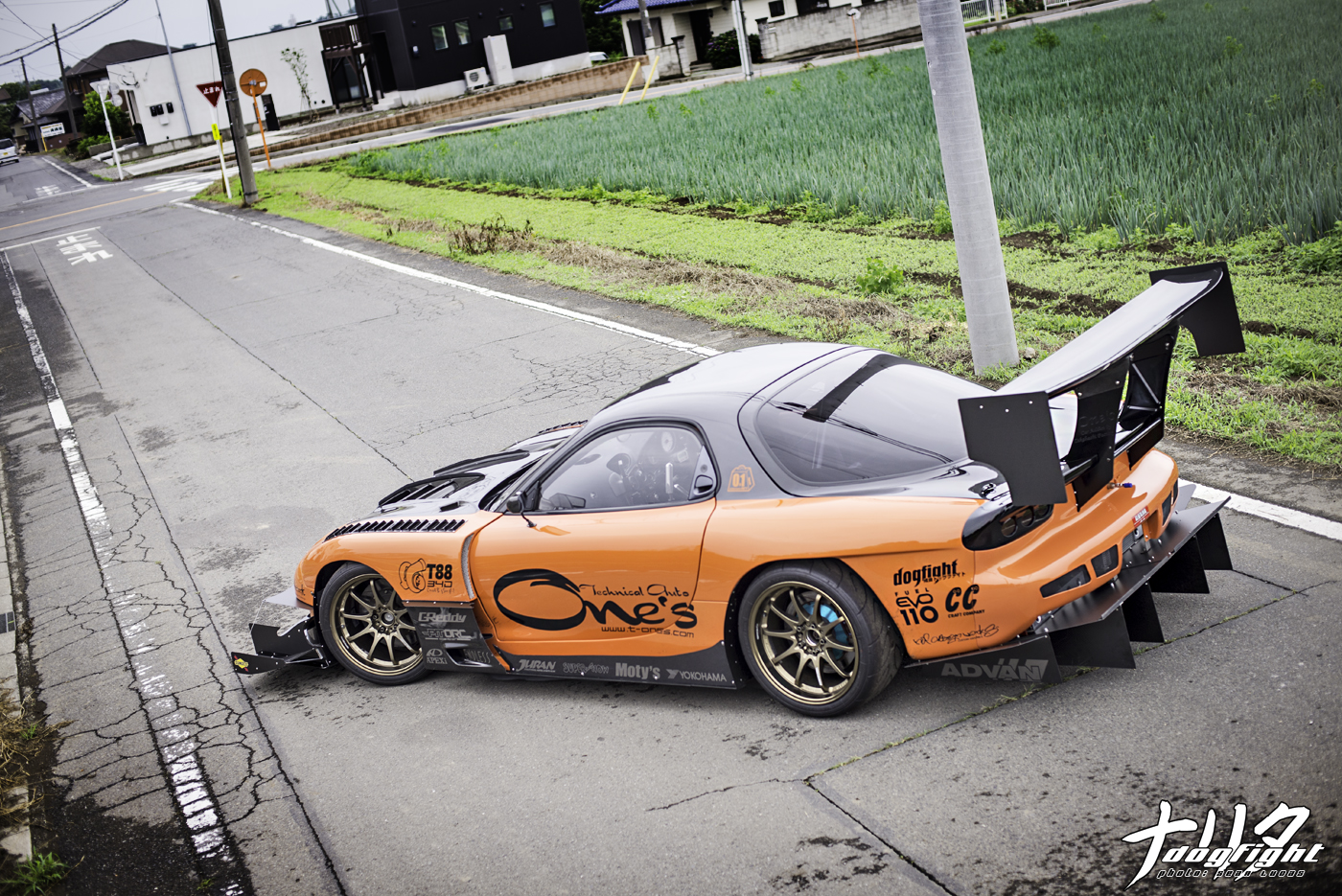 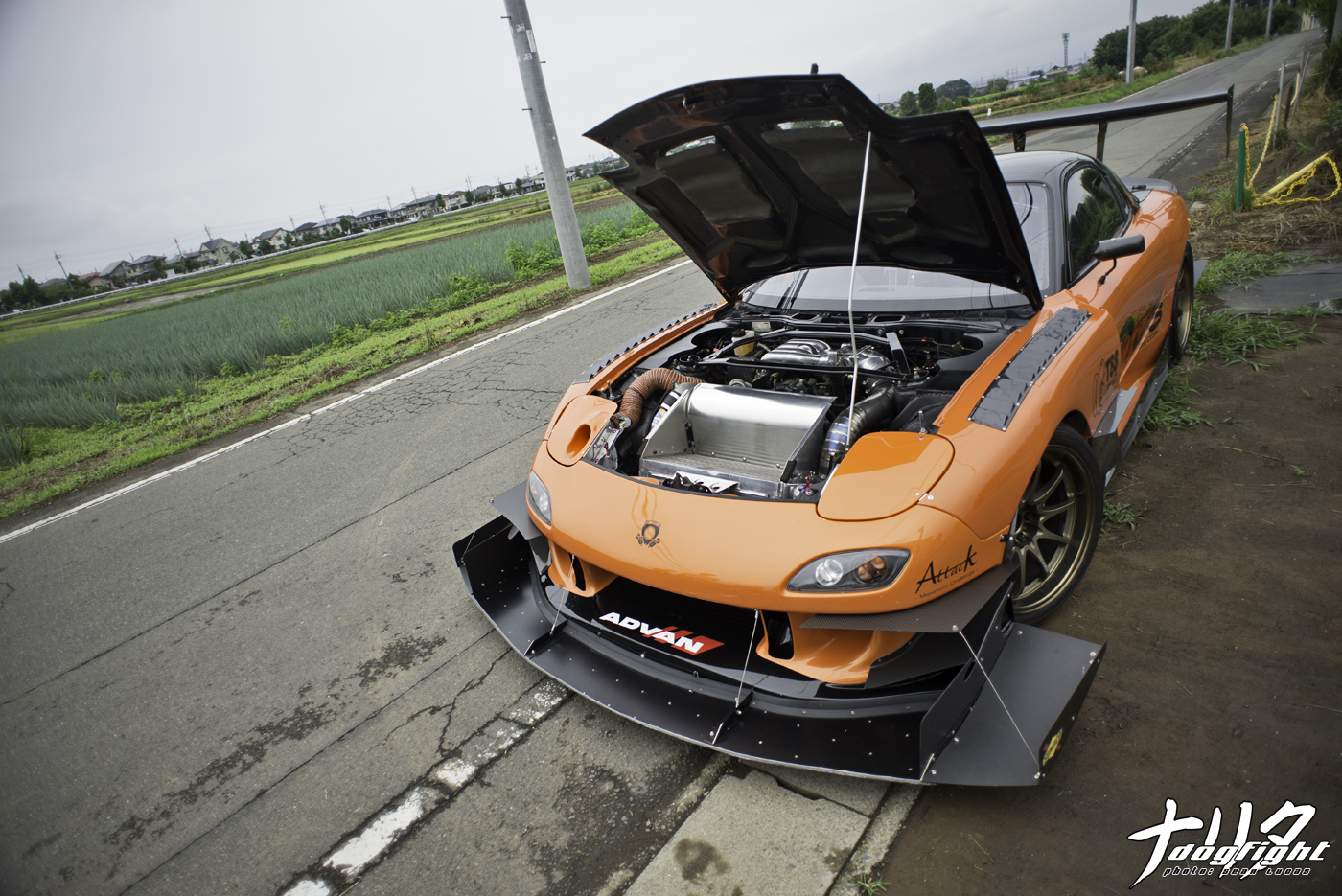 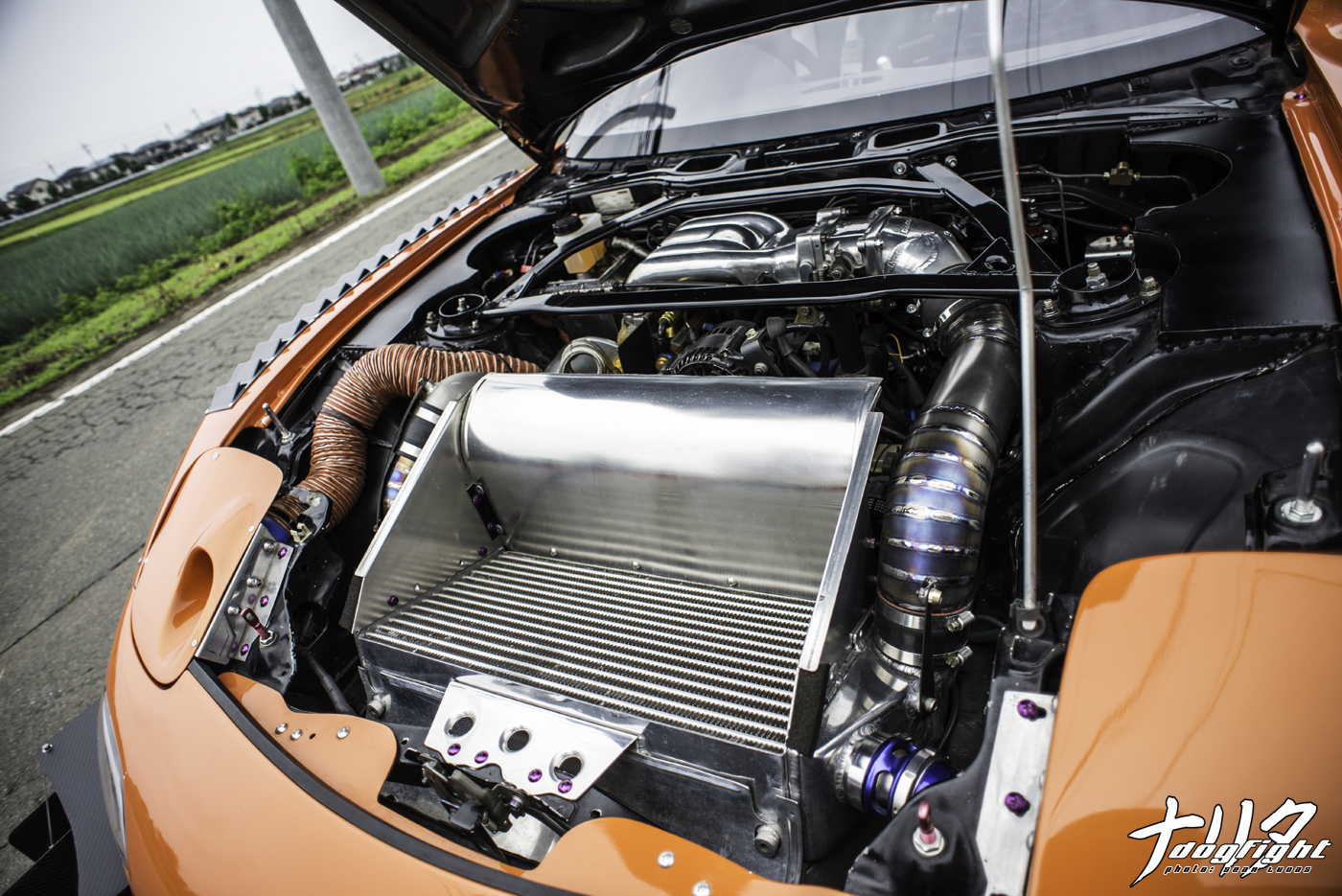 The immaculate engine bay pulls the entire build together.  Another great thing about this car is that everything was done in-house by Takahashi and his techs.  He is known throughout the Mazda community for his excellent skills in exhaust fabrication.  In fact, he did some restoration work recently on Mazda’s 787B. 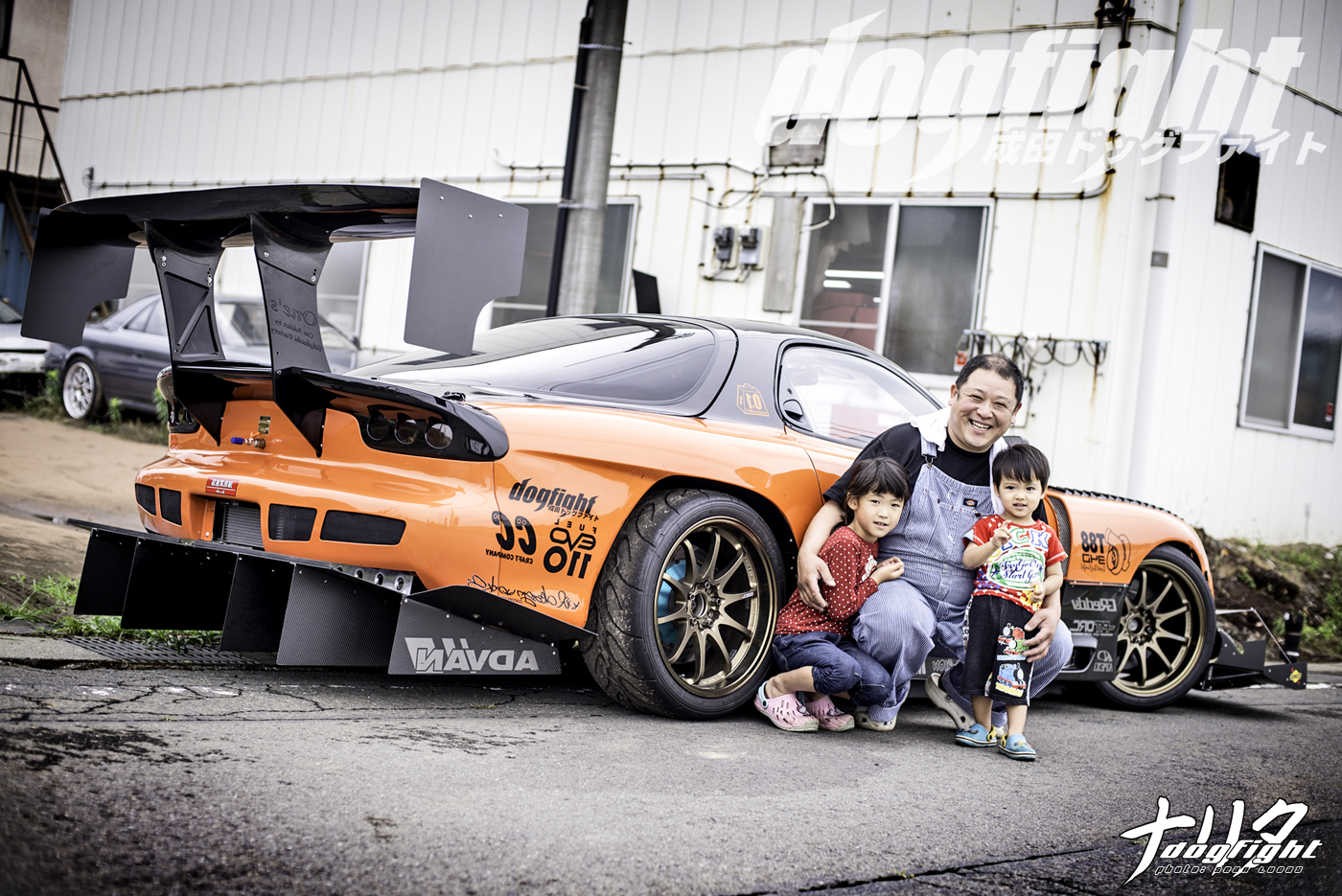 I have to say, to date this is still my favorite photo that I’ve ever taken.  Strikes a certain chord with me – something to aspire to I suppose.  I made a large print of this for Takahashi and Sekinei was nice enough to delivery it for me last month.  Something special to take away from the time we spent.  You know what I always say, it’s never about the cars; it’s about the people behind them.