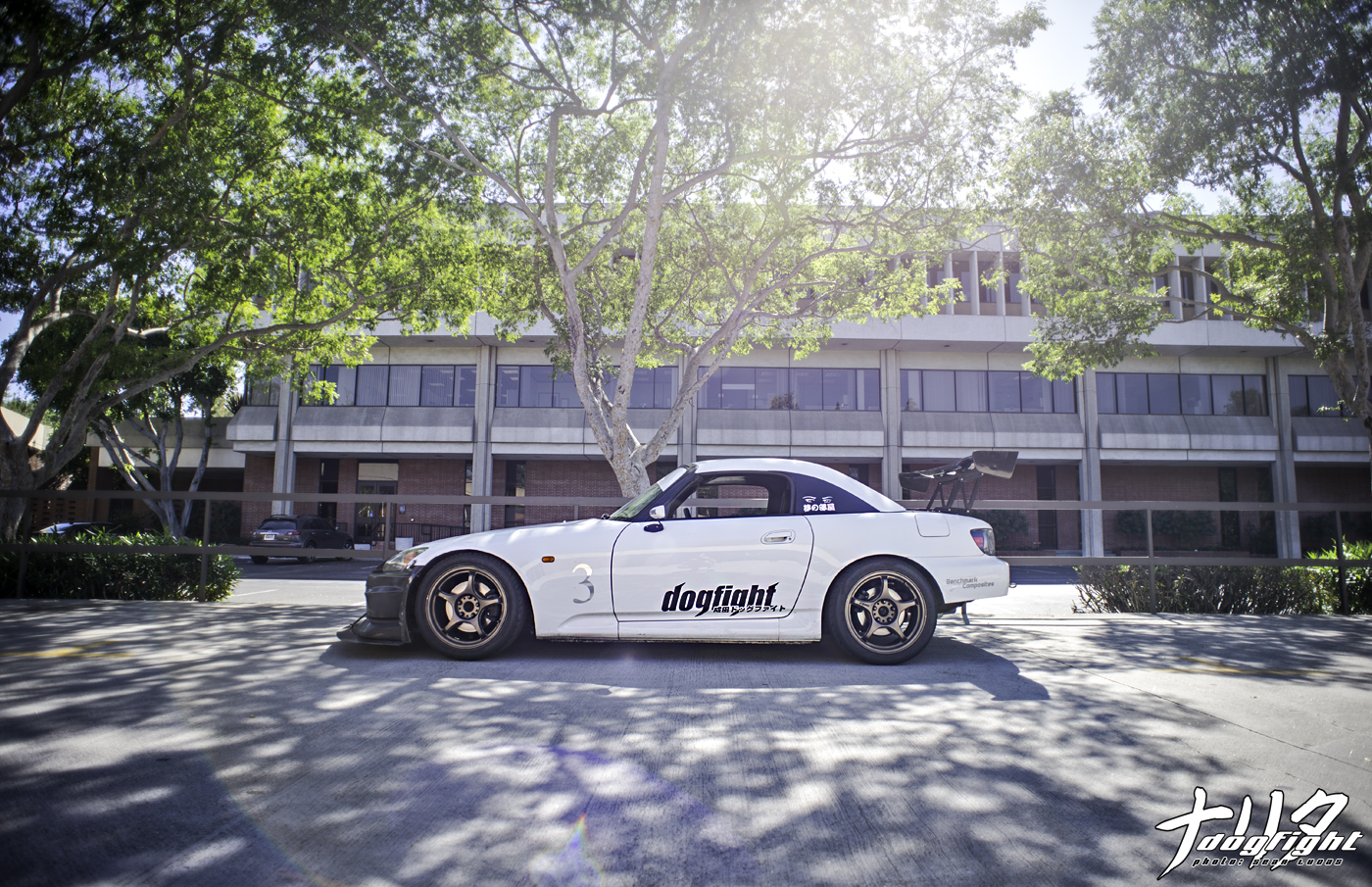 Justin has been a good friend of mine for a few years now.  Towards the end of last year, he approached me with some new plans for his S2000 build.  We discussed the goals he was wanting to achieve in both the build and participation.  Wanting to get more serious in competing in events like the Redline Time Attack series, Justin expressed interest in the venture of garnering sponsors.  Much like our other team driver Kristian Wong, we agreed to partner with Justin and provide on-site media coverage of his progress.  Much of our updates come in the form of Instagram posts (@naritadogfight), which has easily surpassed Facebook in terms of social interaction.  If you don’t currently follow us, feel free to do so!  In the coming weeks, you’ll see a few updates regarding our team drivers and you’ll learn that they all share one common trait; they’re fast.

I met up with Justin at work last week to steal his car and take it to Super Street’s Tech Day in Irvine.  Afterwards, I decided to snap a few shots in it’s current state as the bumper and wing were slated to be painted the next week.

I’ve seen a couple different sets of wheels on this car; in it’s current state it sits on 5Zigen FN01R-C’s in a deep bronze.  The HKS Hipermax Coilovers provide both stability around turns, and a stature that displays a sense of function while at a standstill. 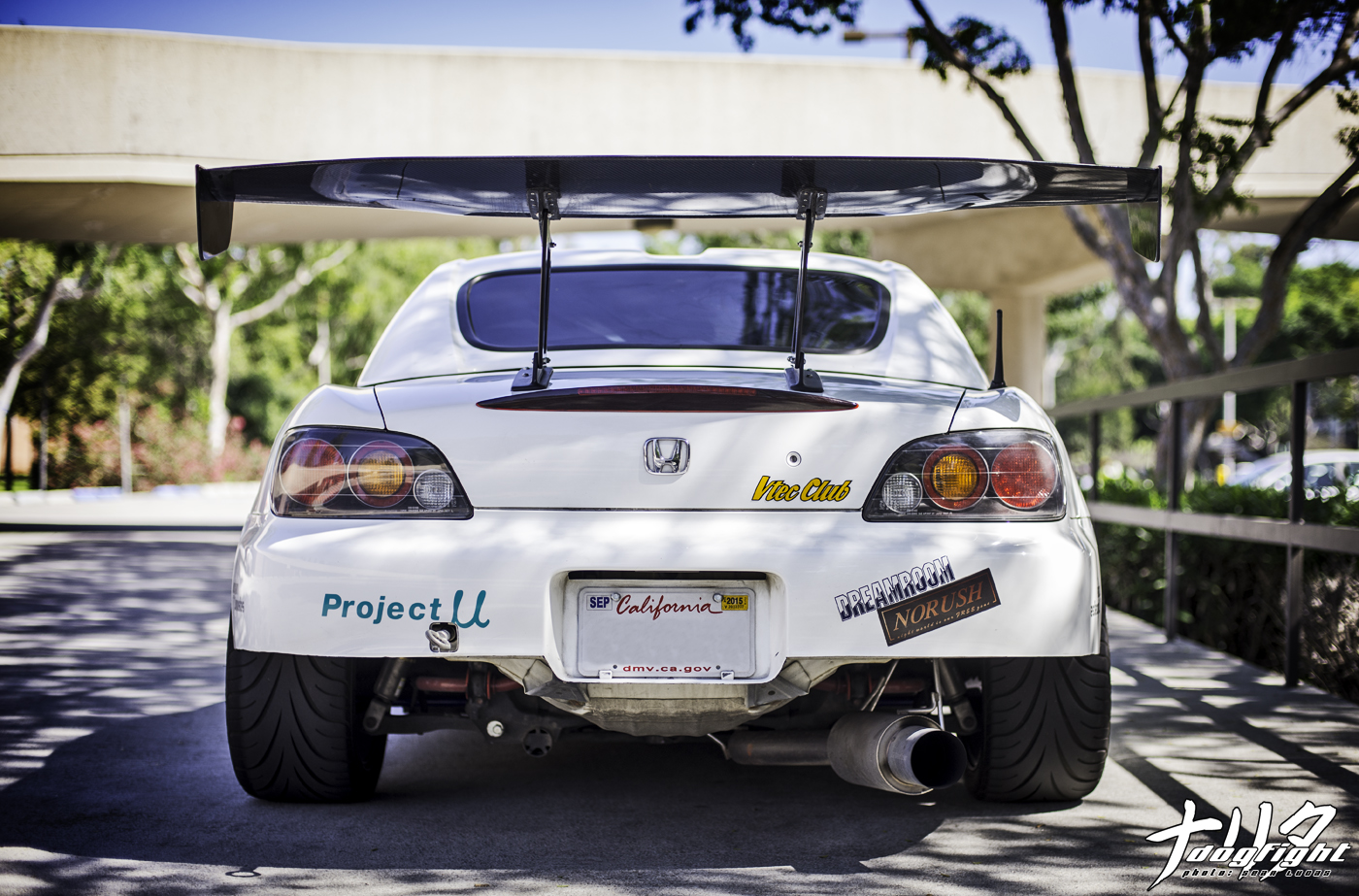 Justin actually, this past weekend, took second place in his class at the Vtec Club event at WSIR.  With a mid 1’26 laptime, he was able to secure a spot on the podium just under Son Vo.

Utilizing Federal RSR tires, which are generally considered the slower option amongst the tire options, Justin is able to keep his cost of operation down to make it to more events. 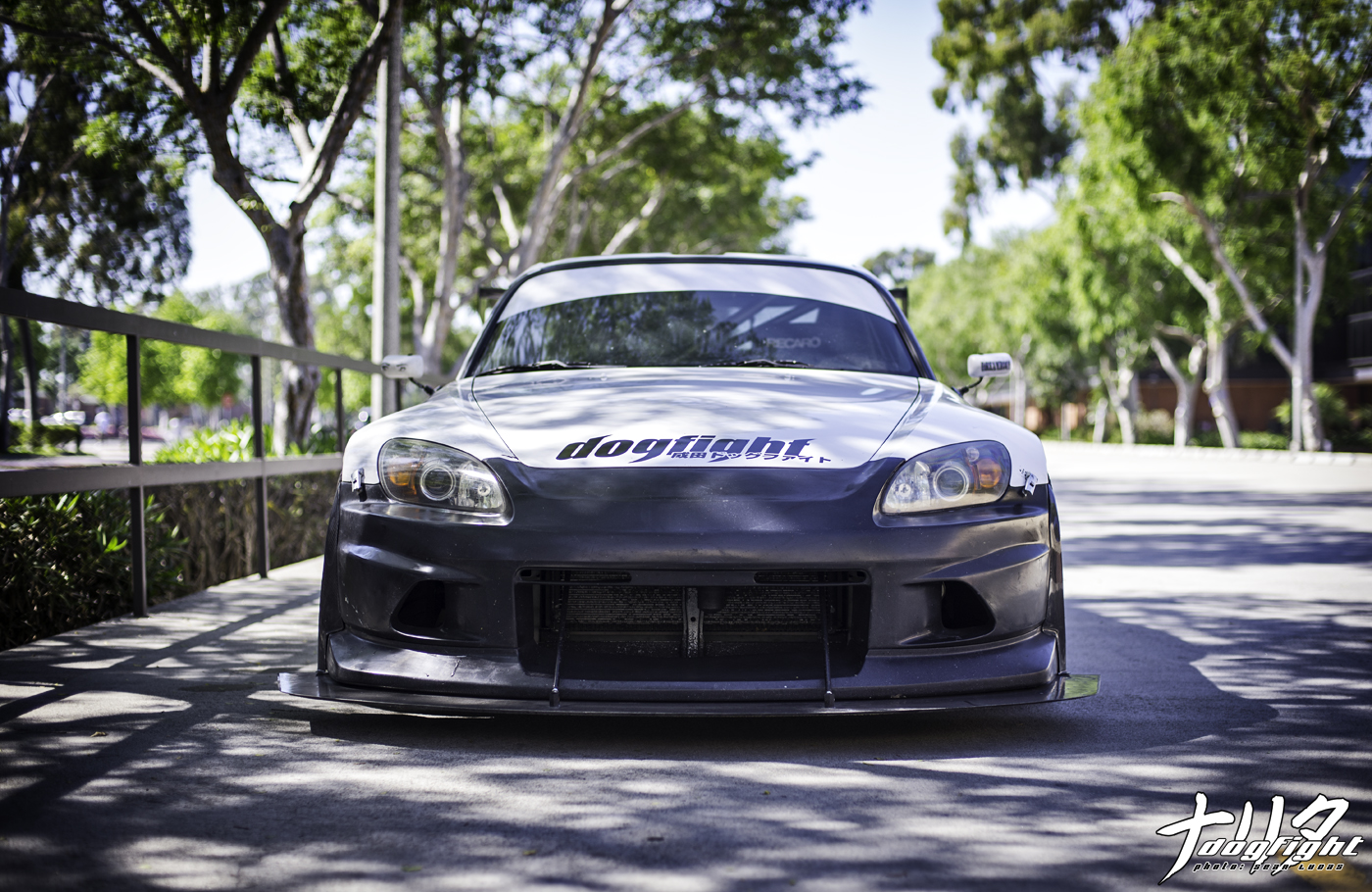 The Voltex front bumper, which is now splashed in a new coat of white paint, is complimented by a carbon front splitter that has been reinforced by Benchmark Composites, NDF’s composite vendor.  In addition to the splitter, the new carbon spats can be seen at either corner, deflecting airflow away from the tire. 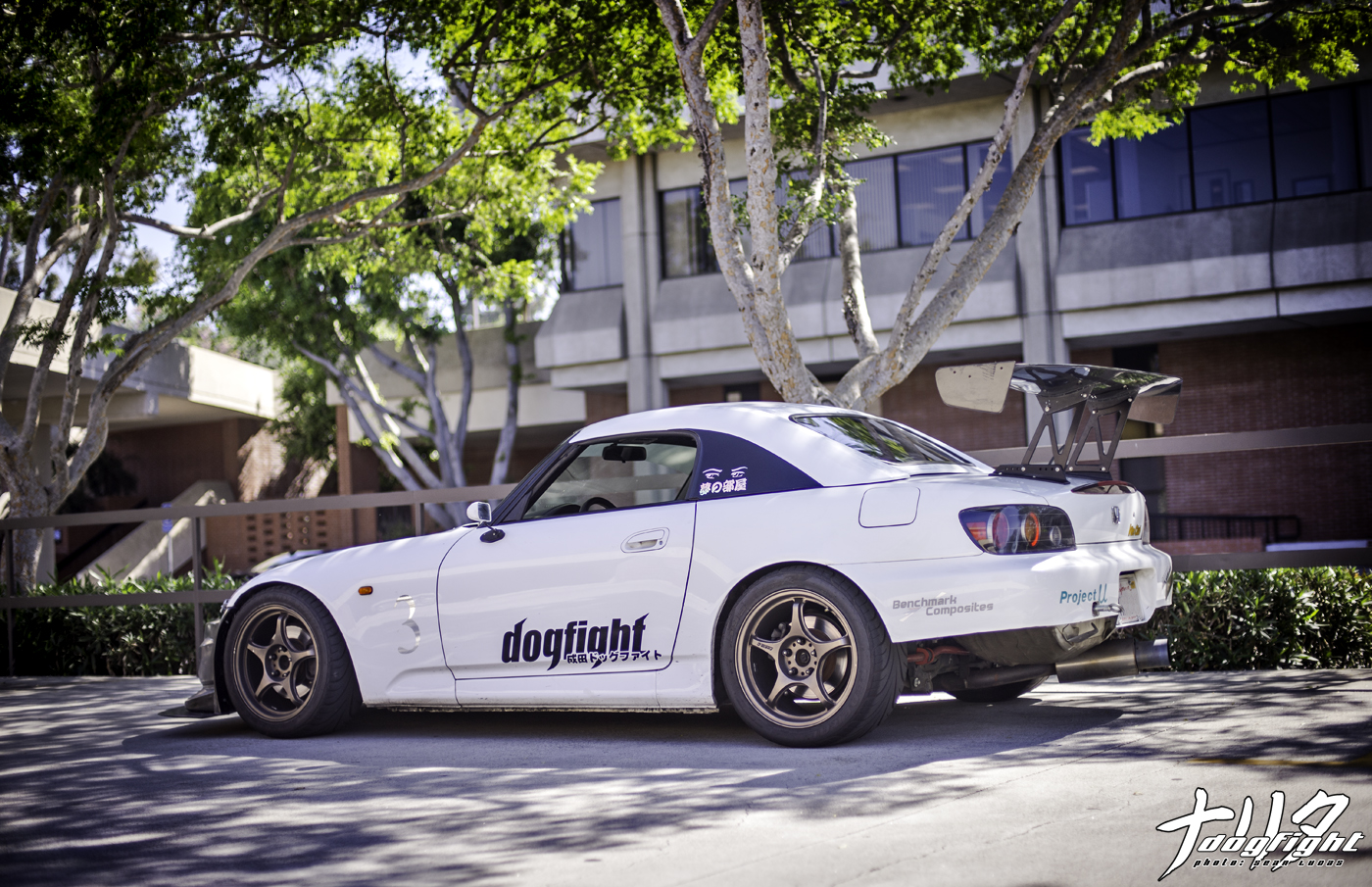 I’m looking forward to following Justin on his pursuit of competition. You can follow him as well on Instagram (@justin__yoo) for day to day updates. 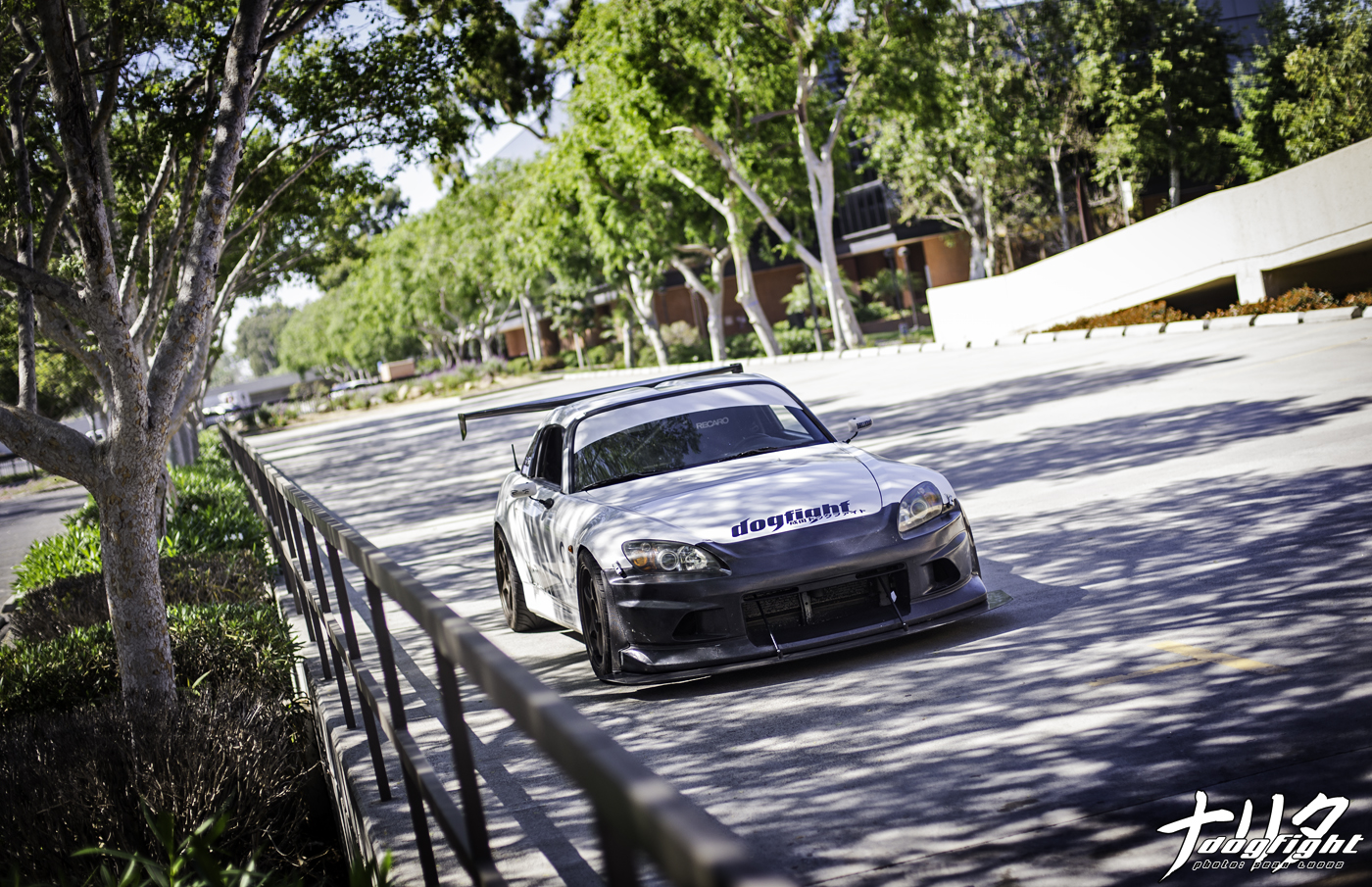