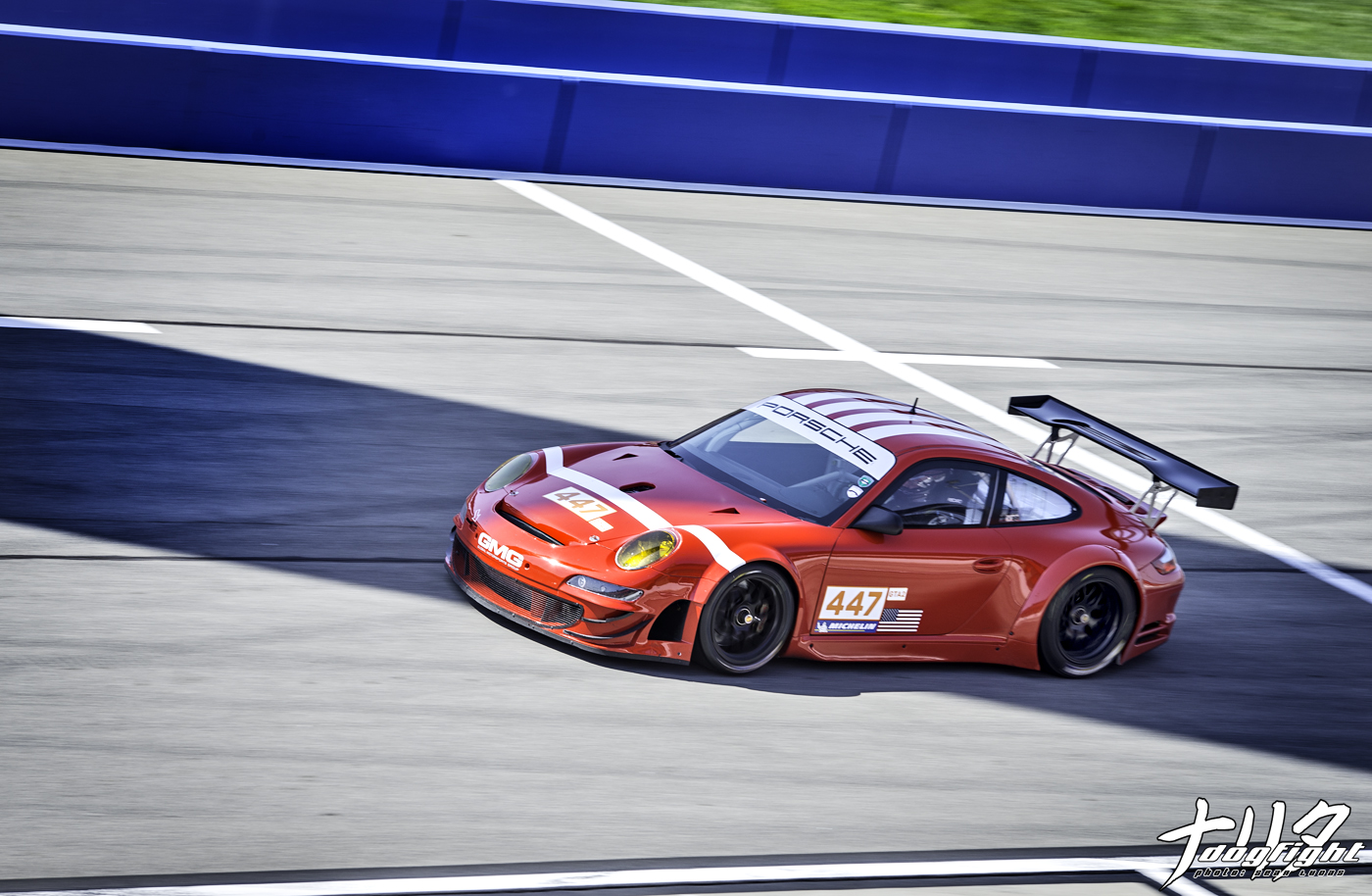 With my small involvement in this industry, and the often times overwhelming amount of events in the area, I’m sometimes faced with conflicting events (ie. HKS Premium Day and Evome being on the same day) .  This is usually not a concern because my interests happen to fall into a smaller niche of the whole of automotive lifestyle; such was the case for me this weekend.  Formula D took place in Long Beach this weekend, as well as the accompanying car show downtown.  Earlier in the week however, my friend and employee of GMG Racing, Dom, invited me to hang out with the team for the sprint race at Auto Club Speedway.  Needless to say, I did not attend Formula D. 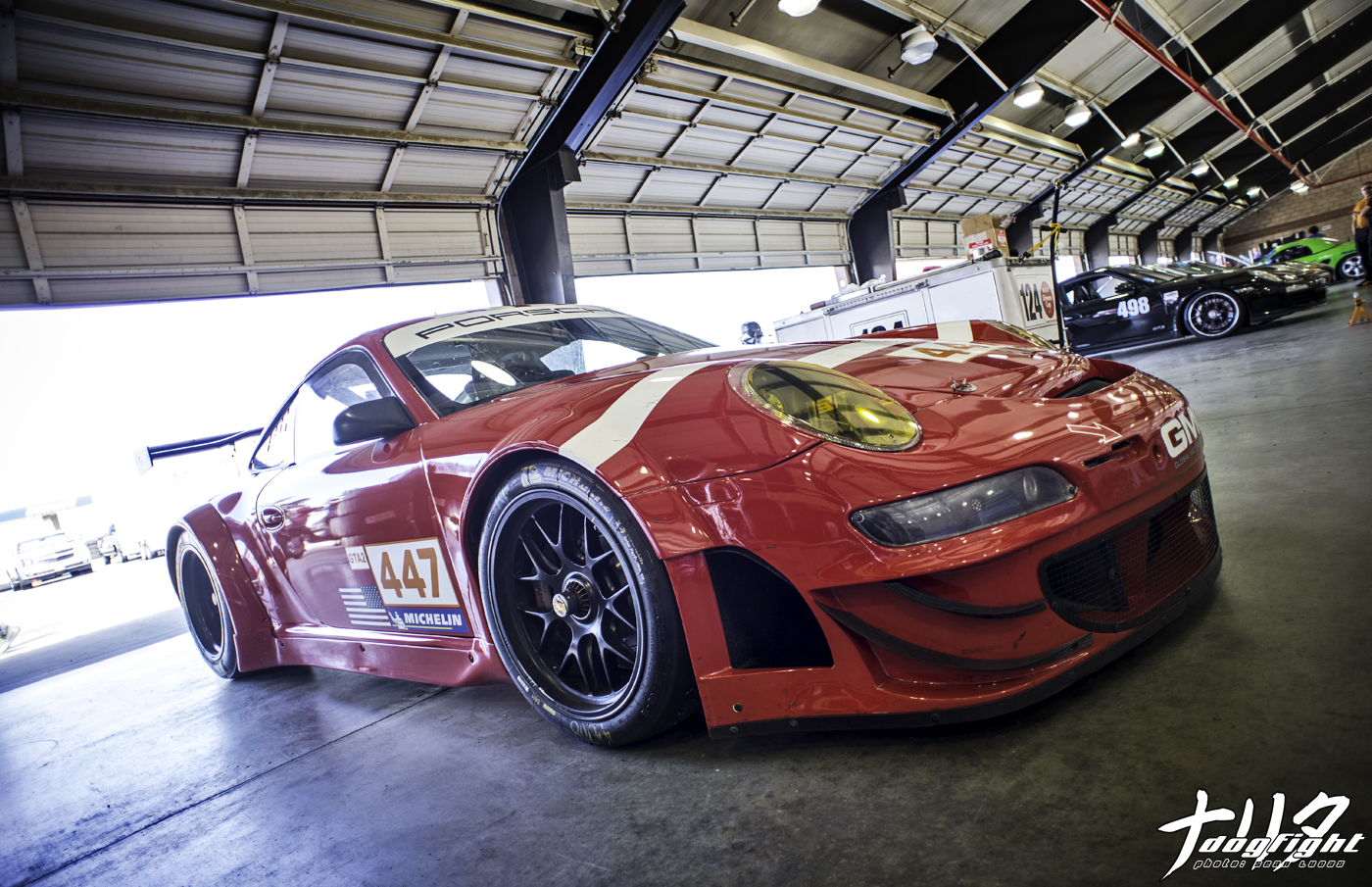 This event was especially neat for me because two of my favorite cars from GMG are actually on their way out after this event.  In an attempt to drive more tracks on the East Coast, they are annexing to a management team more local to the area.  Among those two cars was Andy’s 997 RSR.  Just a few weeks ago this car was white! 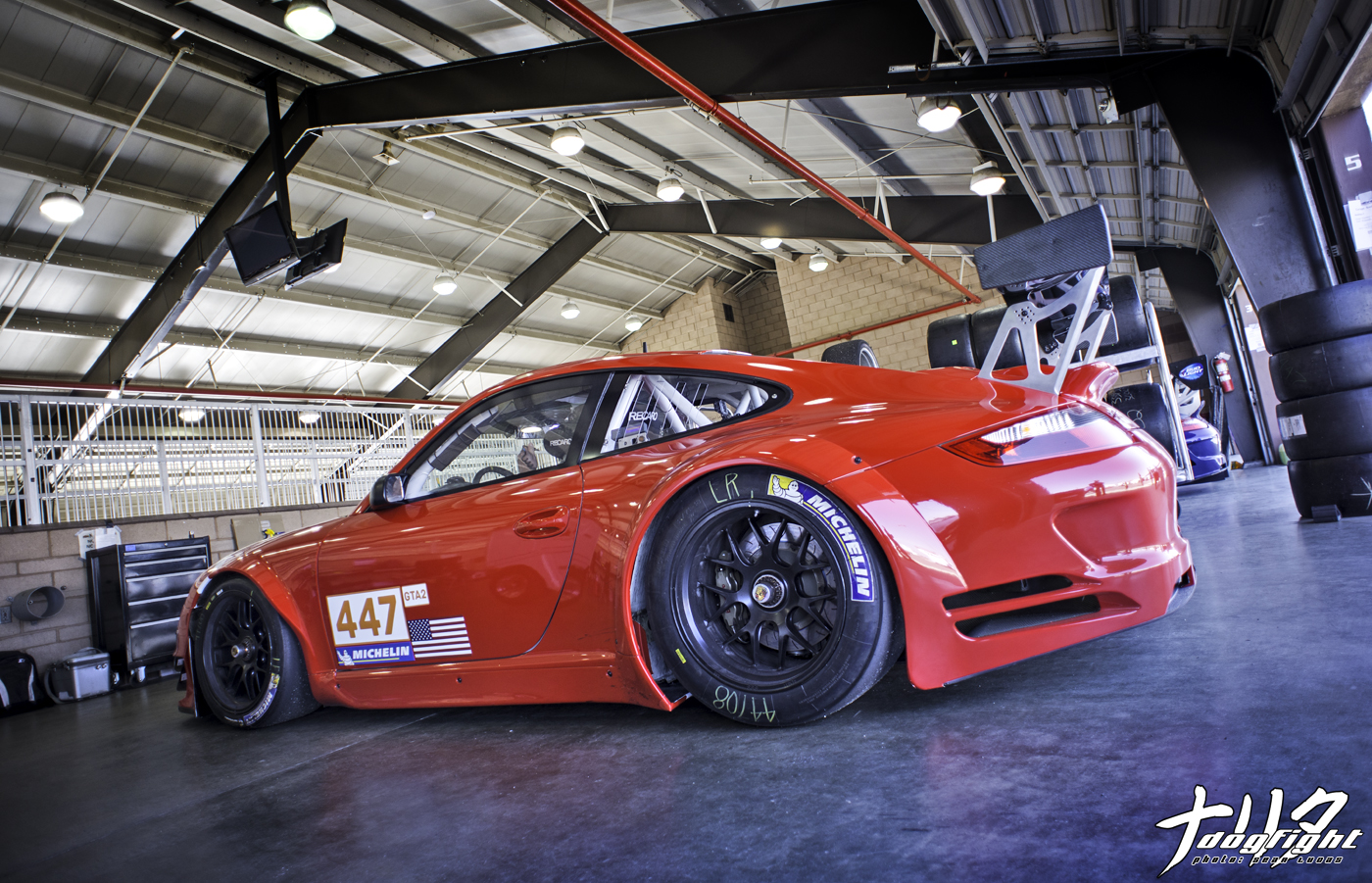 He has since wrapped it in the glossy red color. 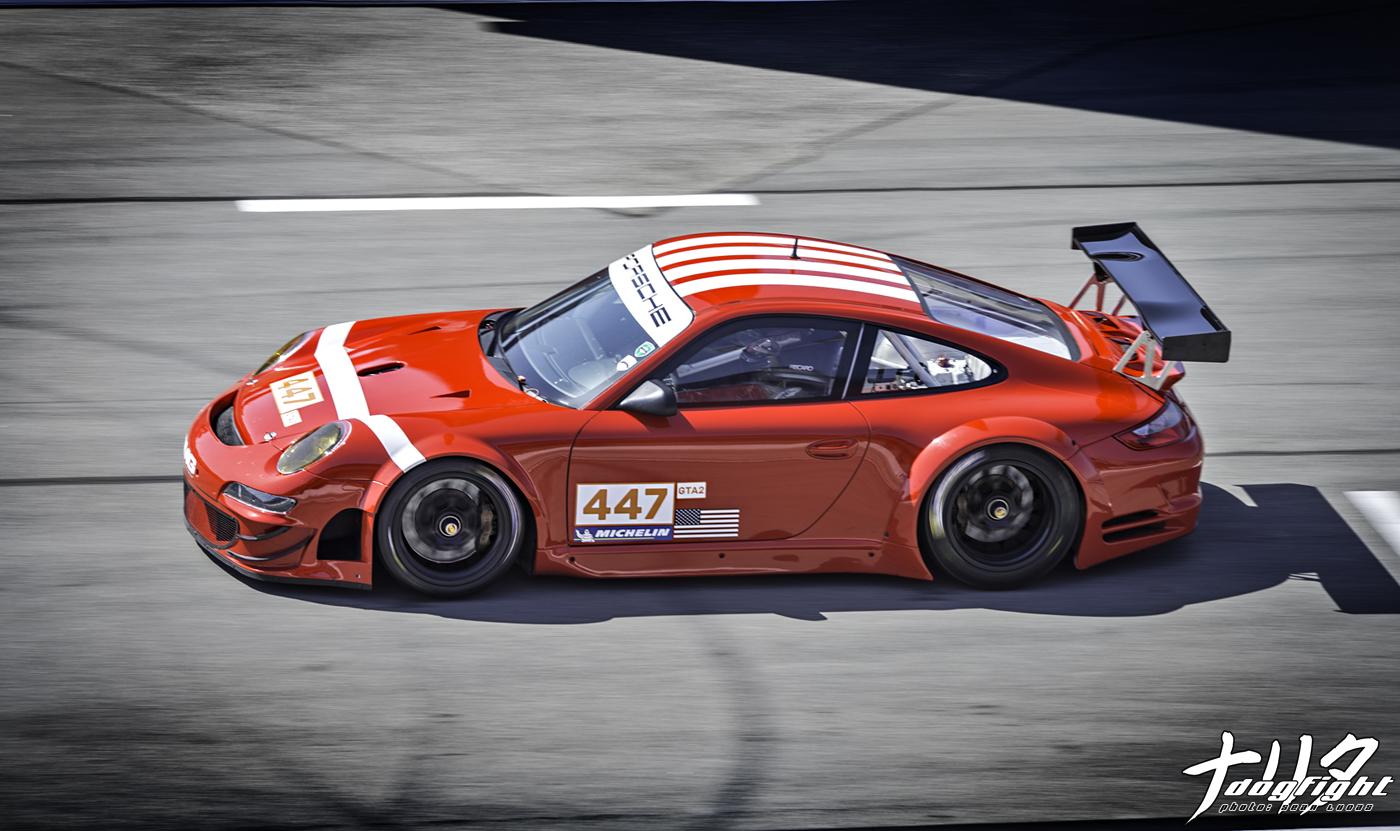 It looks amazing out on track.

It didn’t just look amazing though, it performed as such too.  Andy and the RSR managed a second place finish… 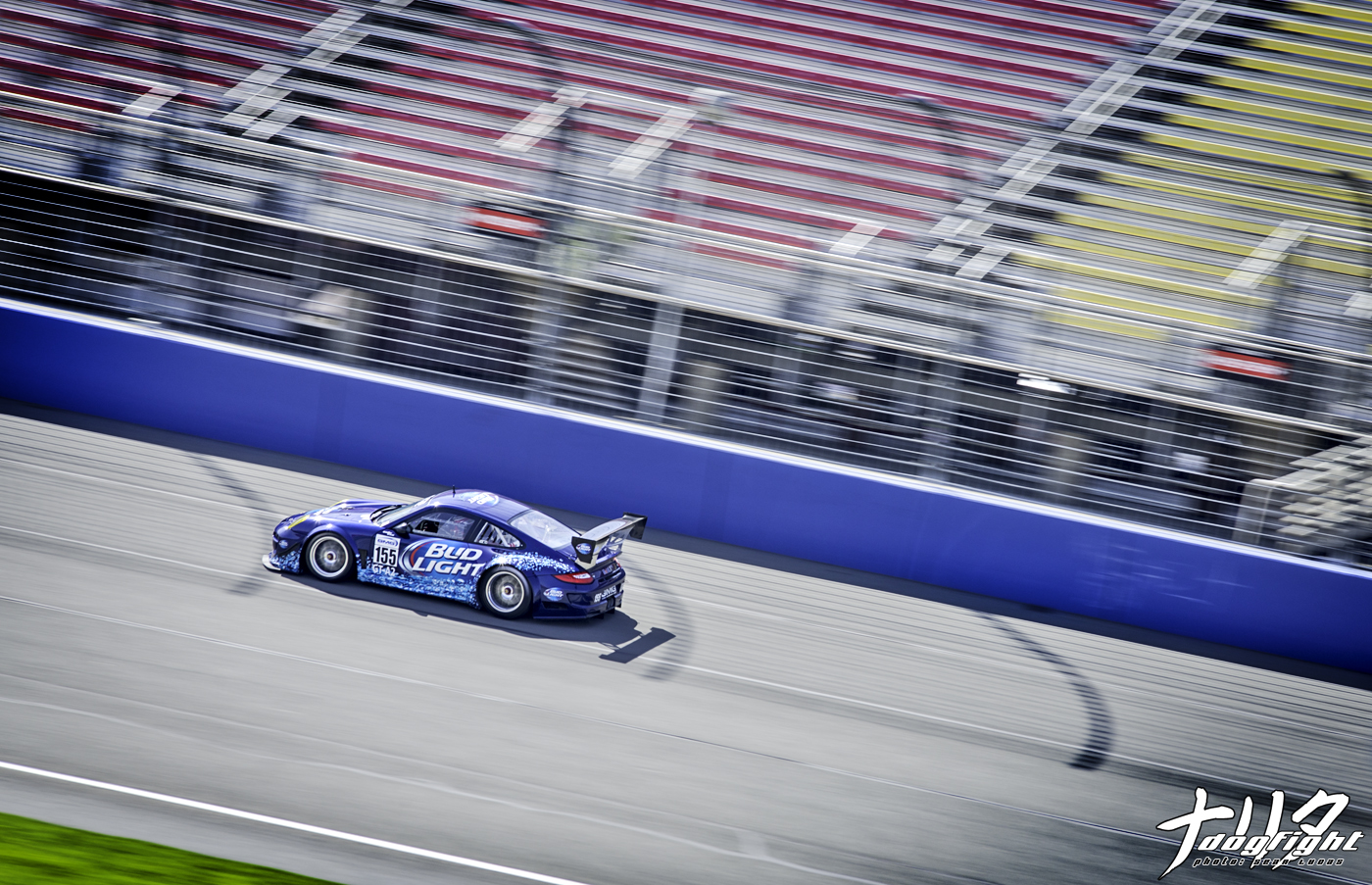 …right behind his teammate Chip in the Bud Light adorned GT3R.  It was crazy to see how much more power this car has than the others on the long straight of the Speedway. 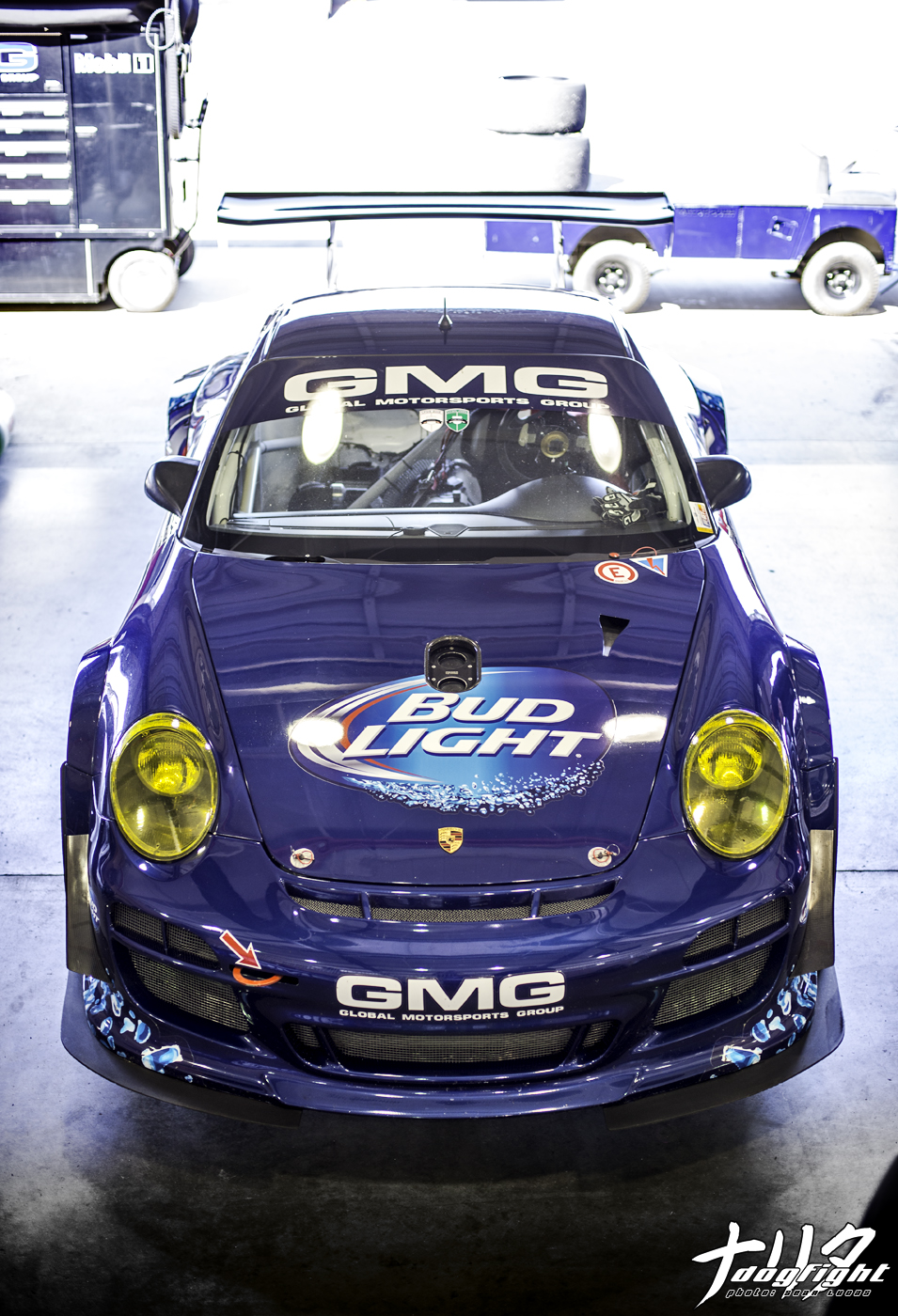 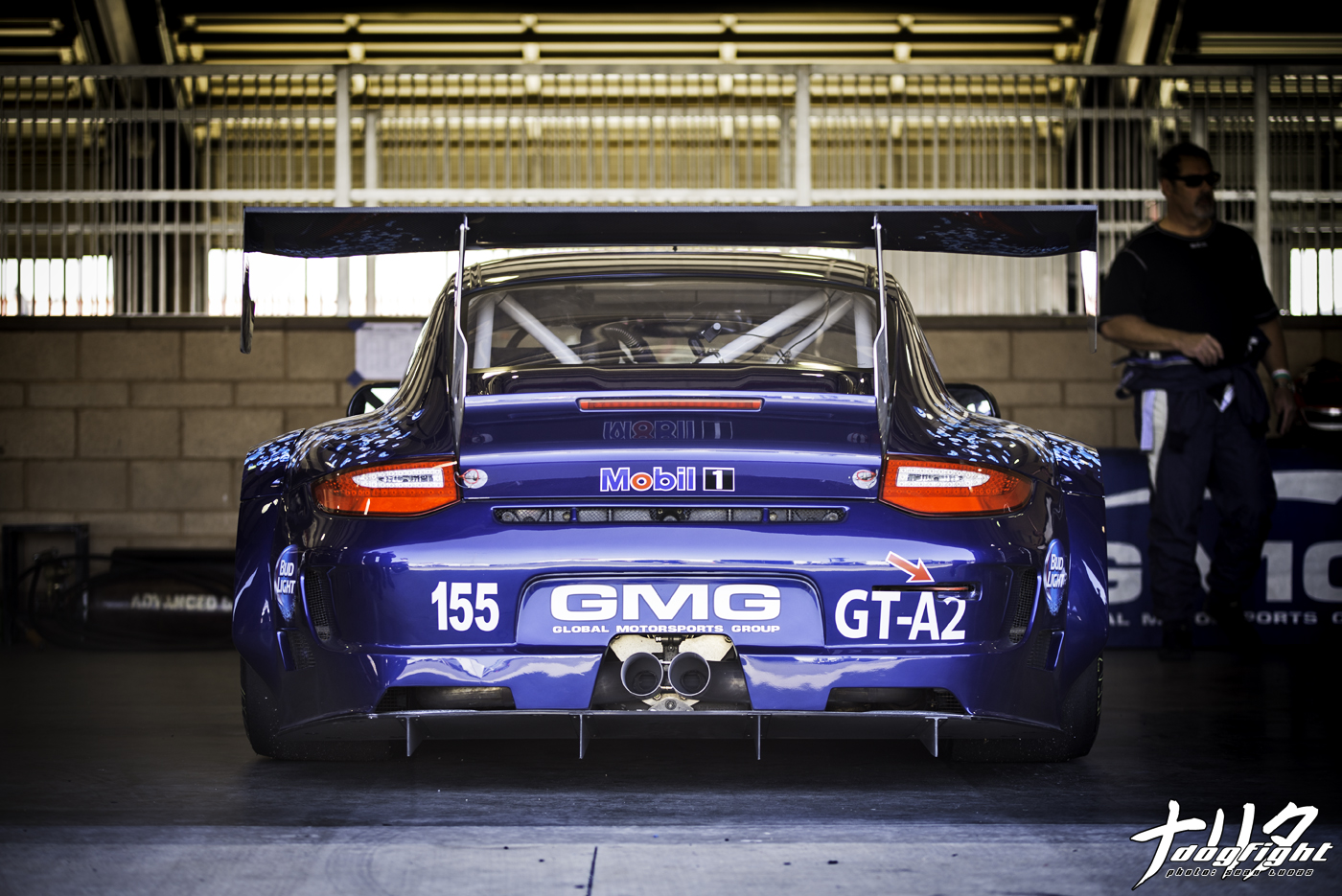 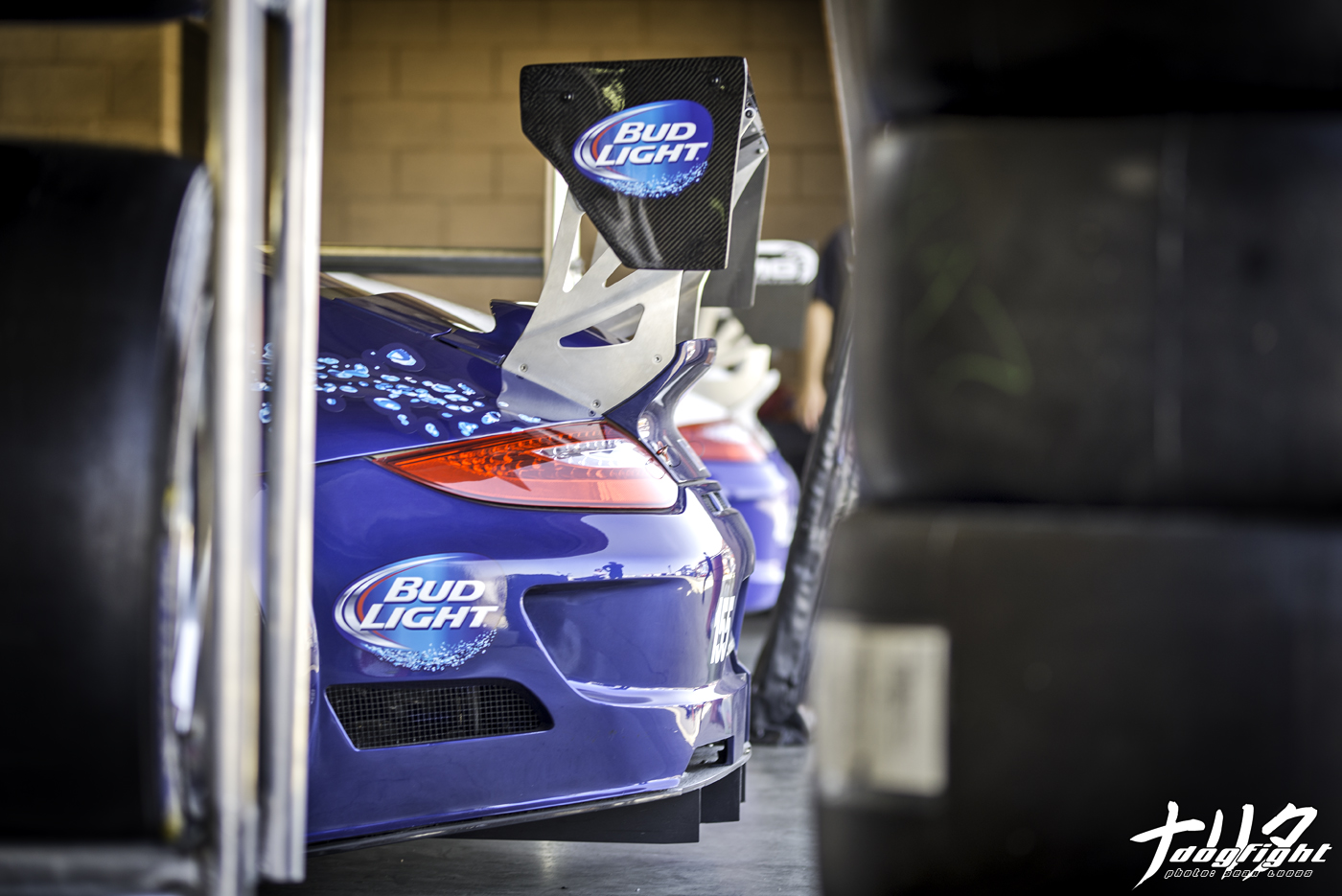 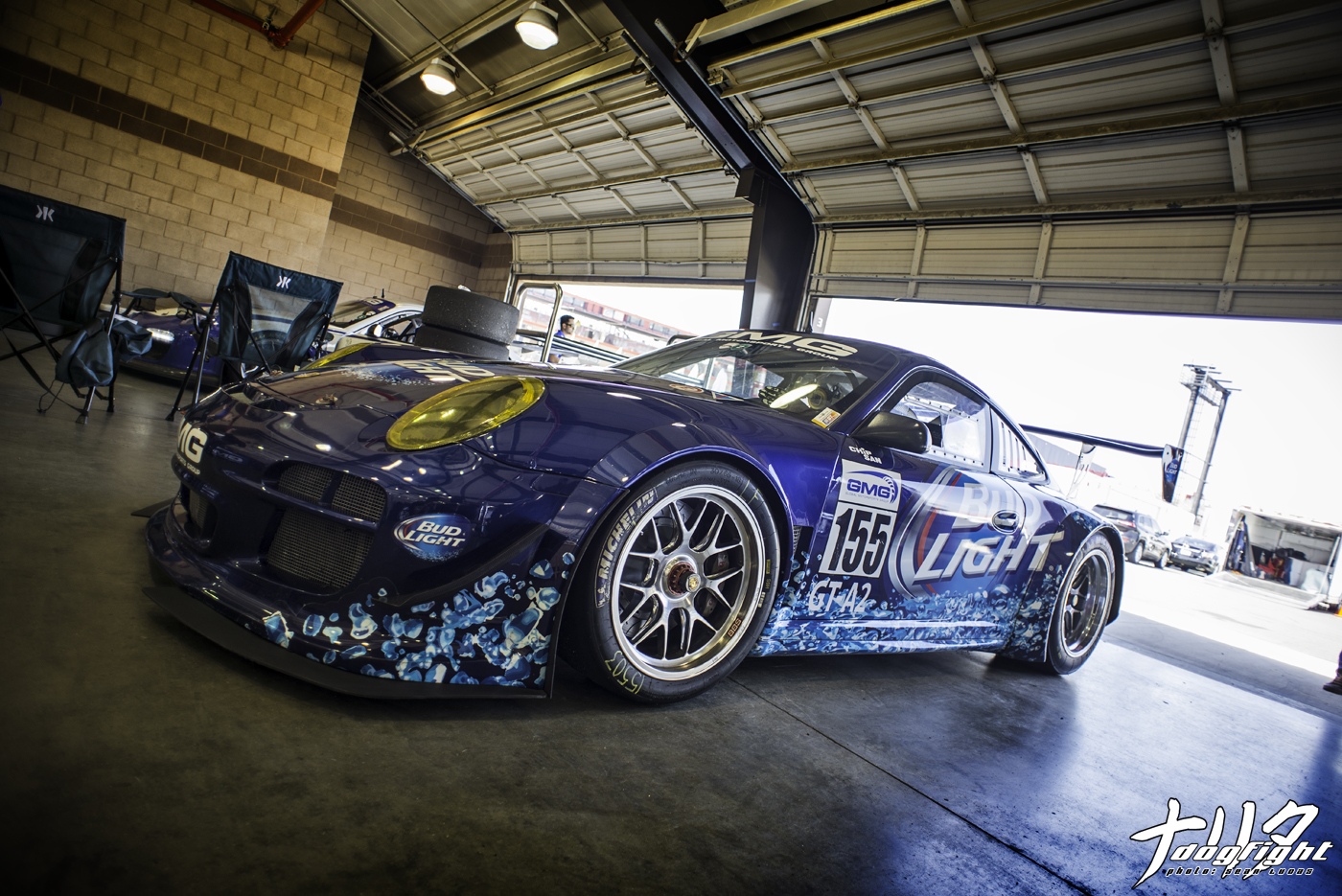 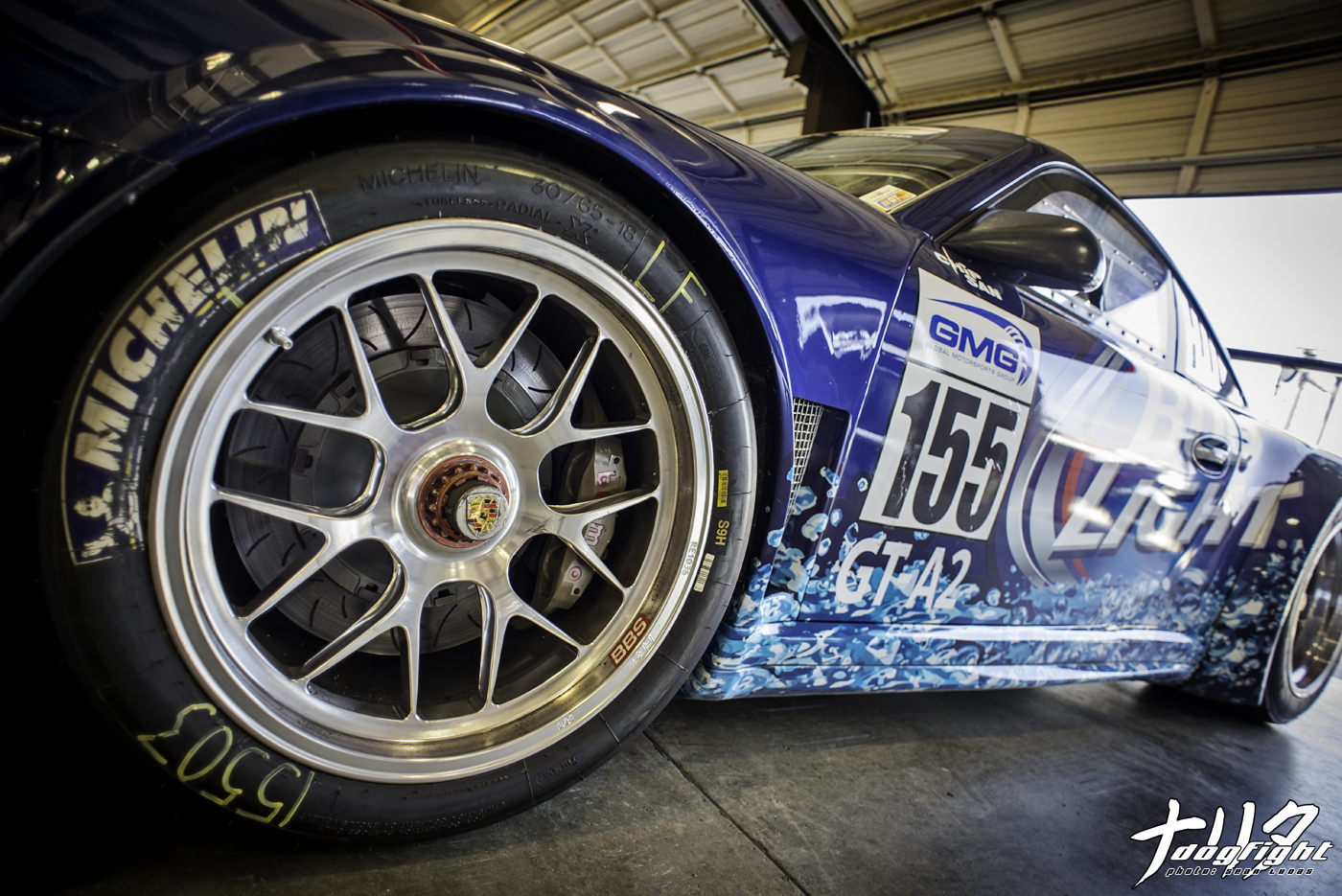 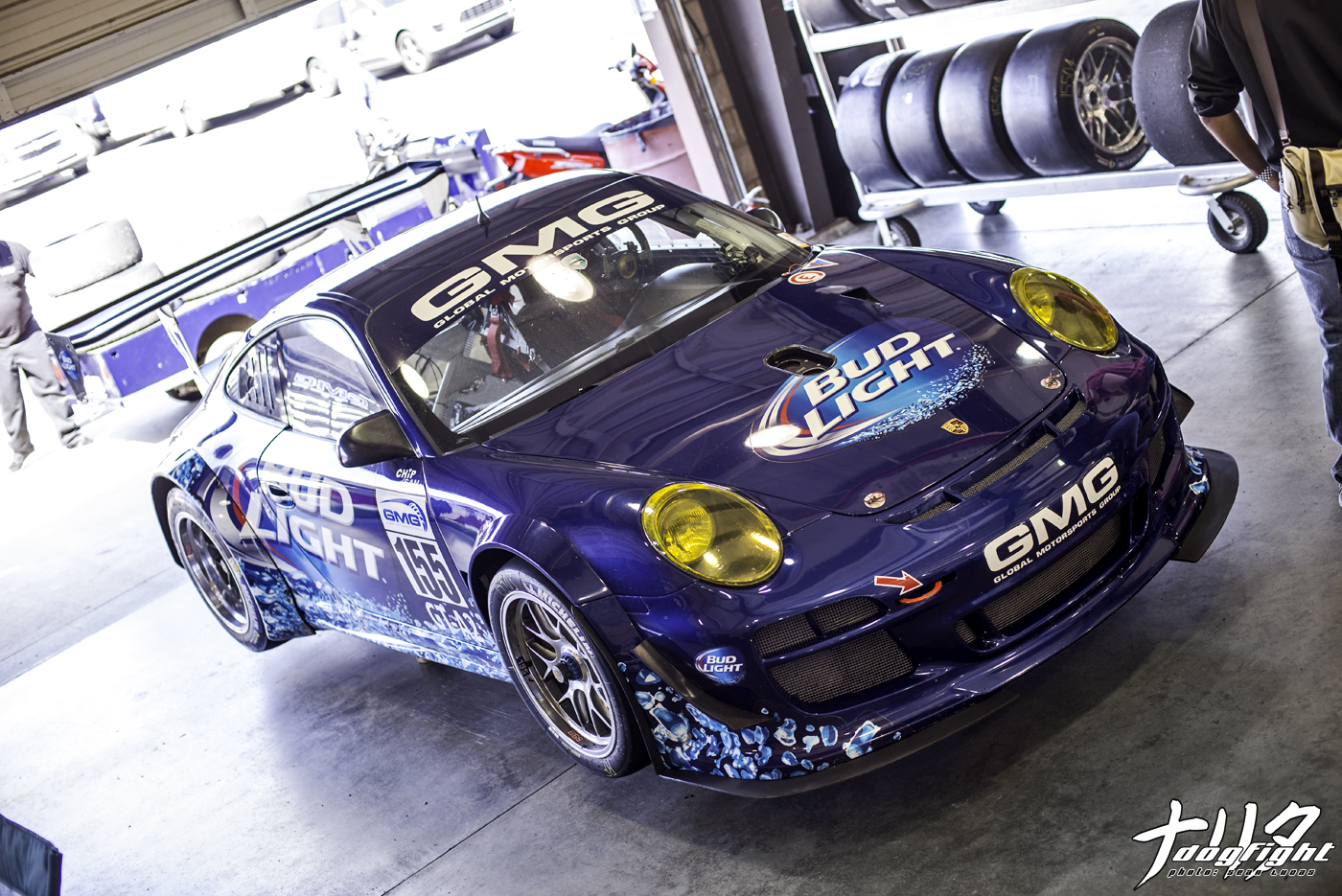 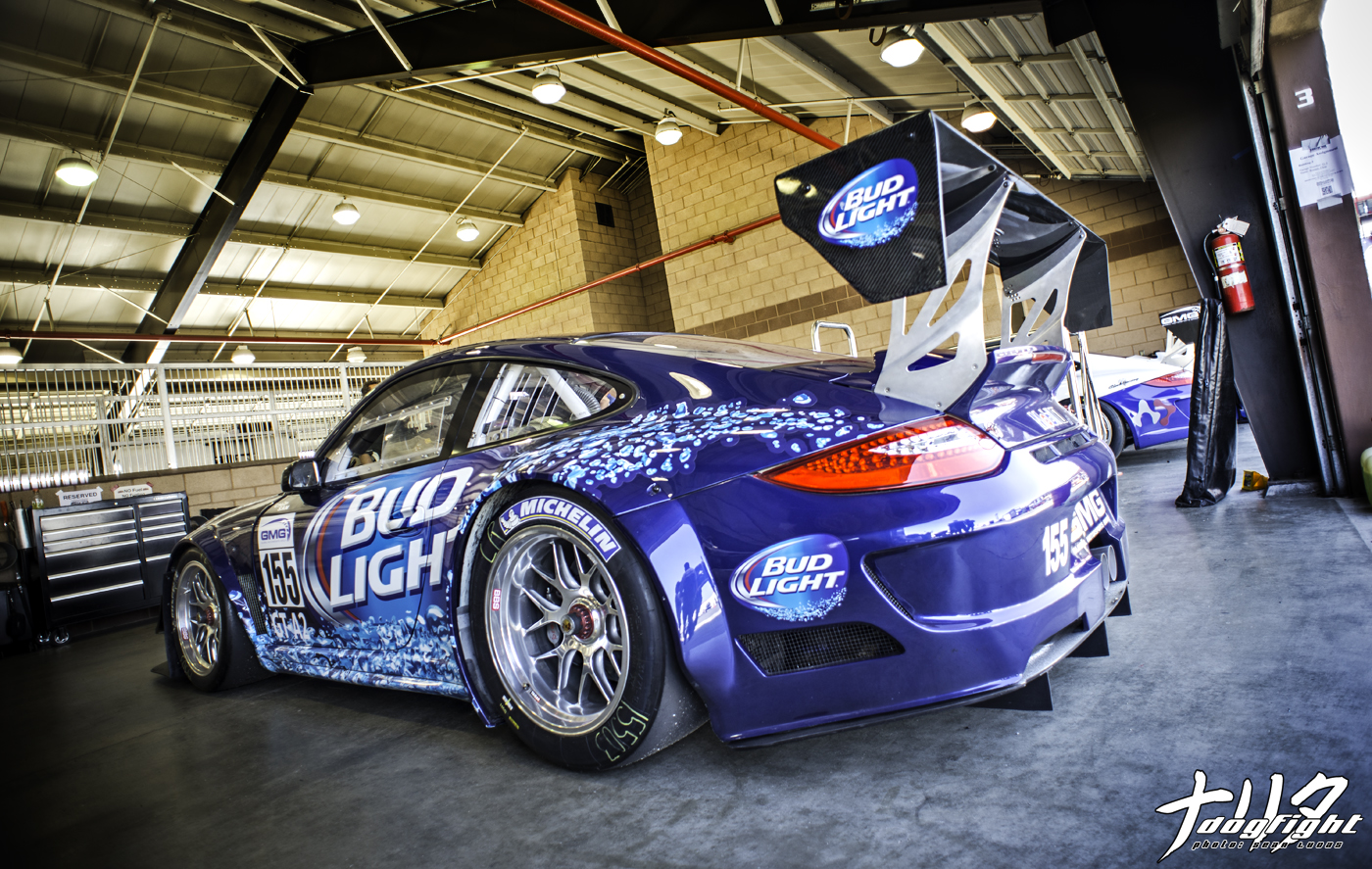 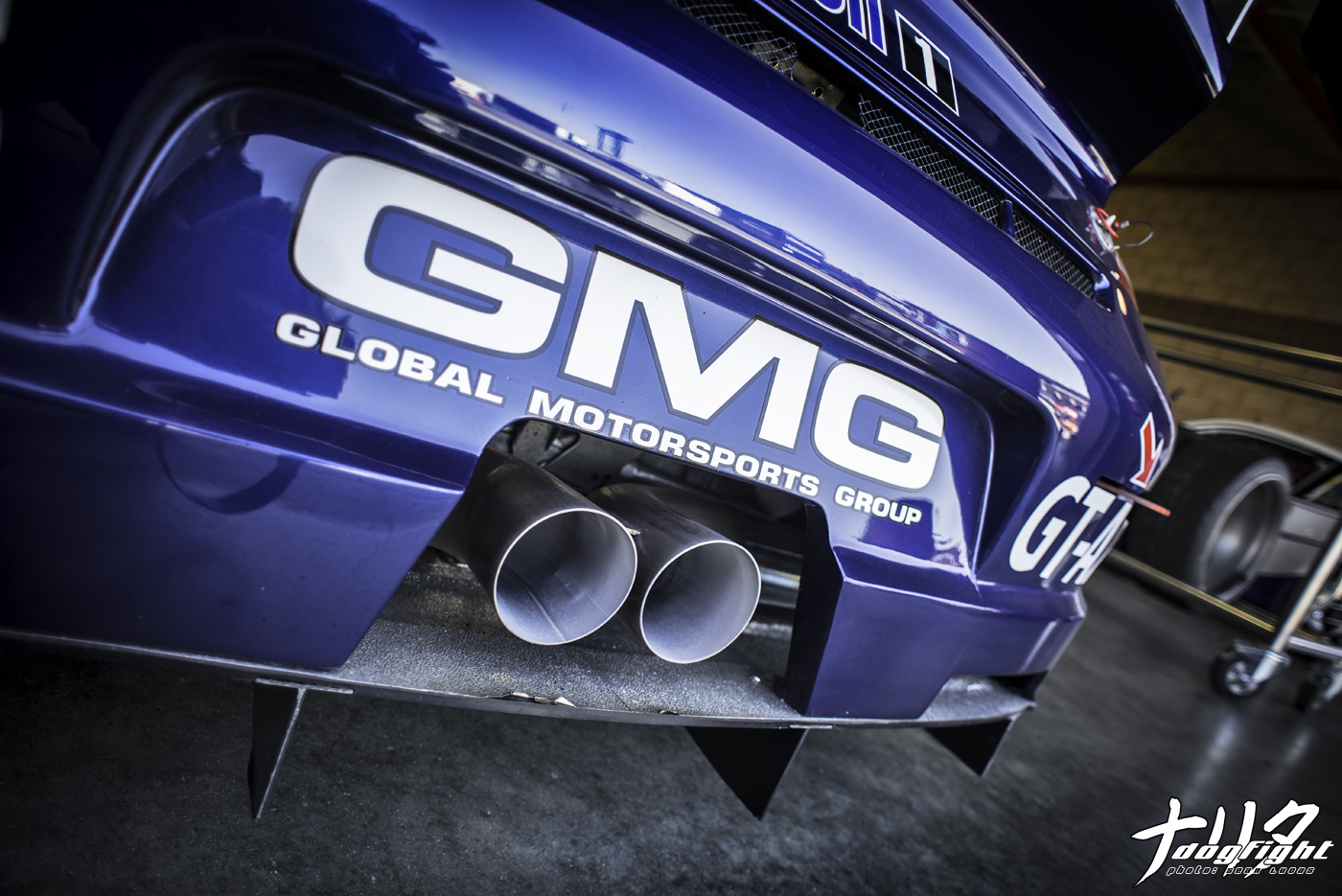 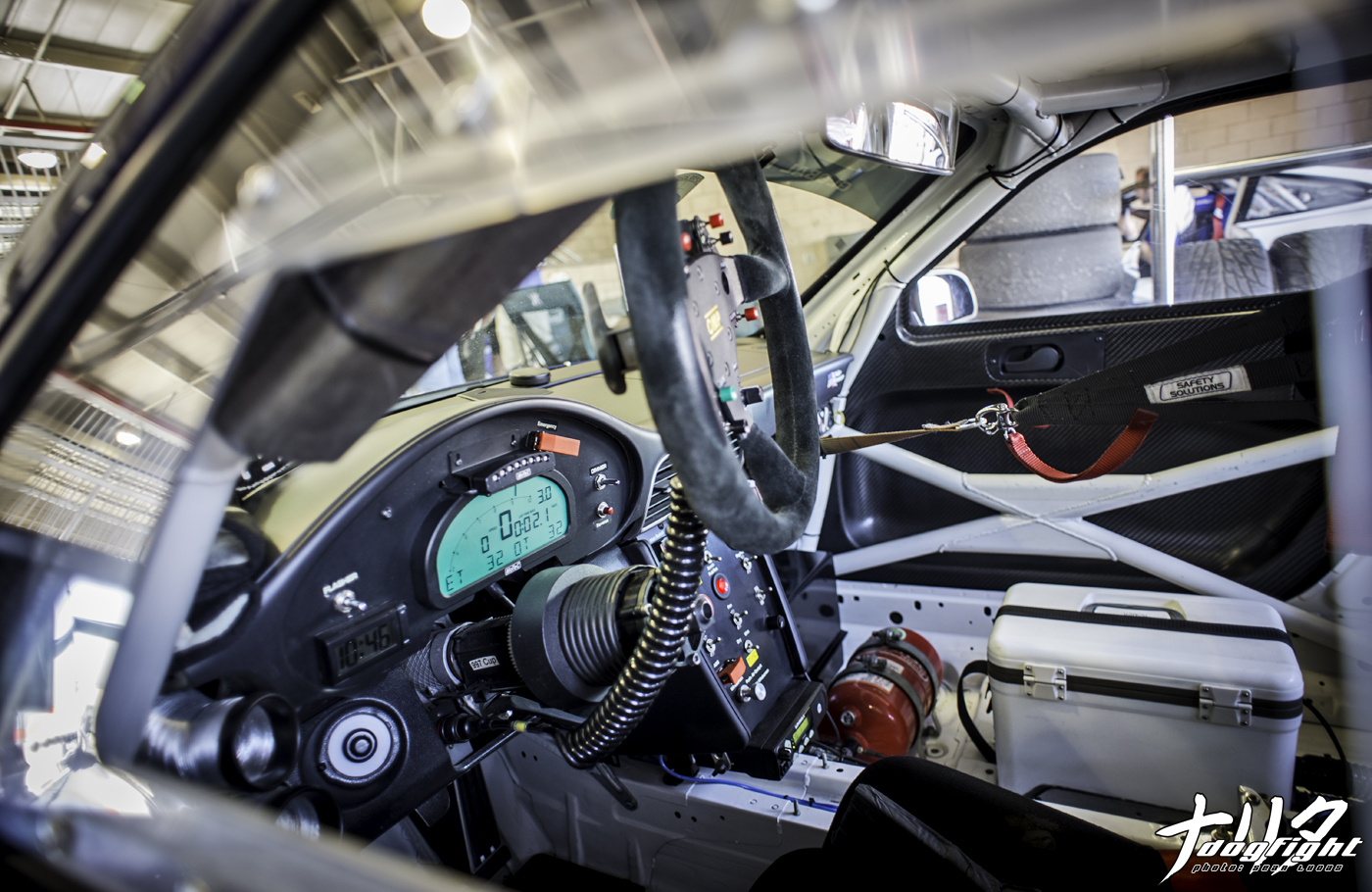 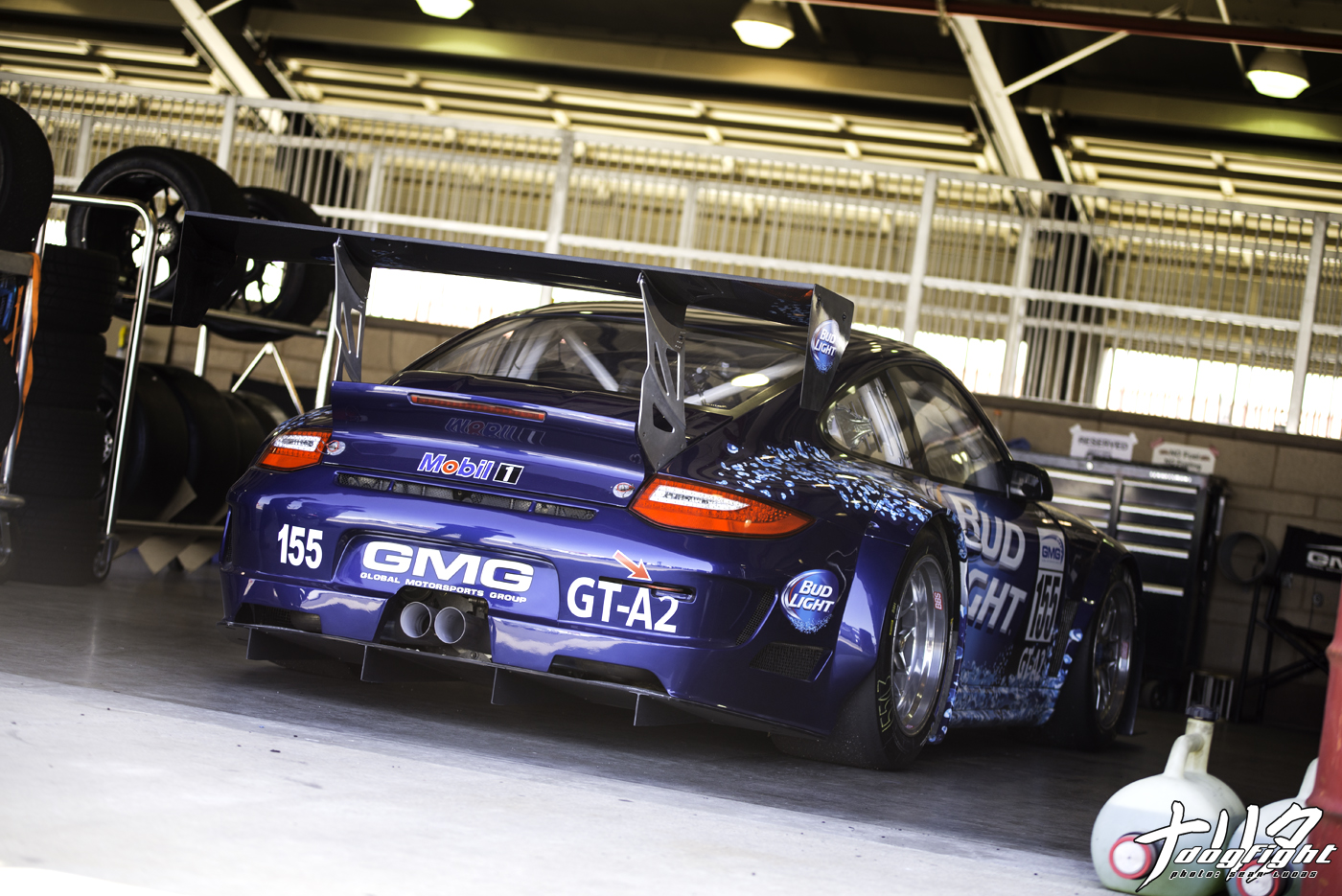 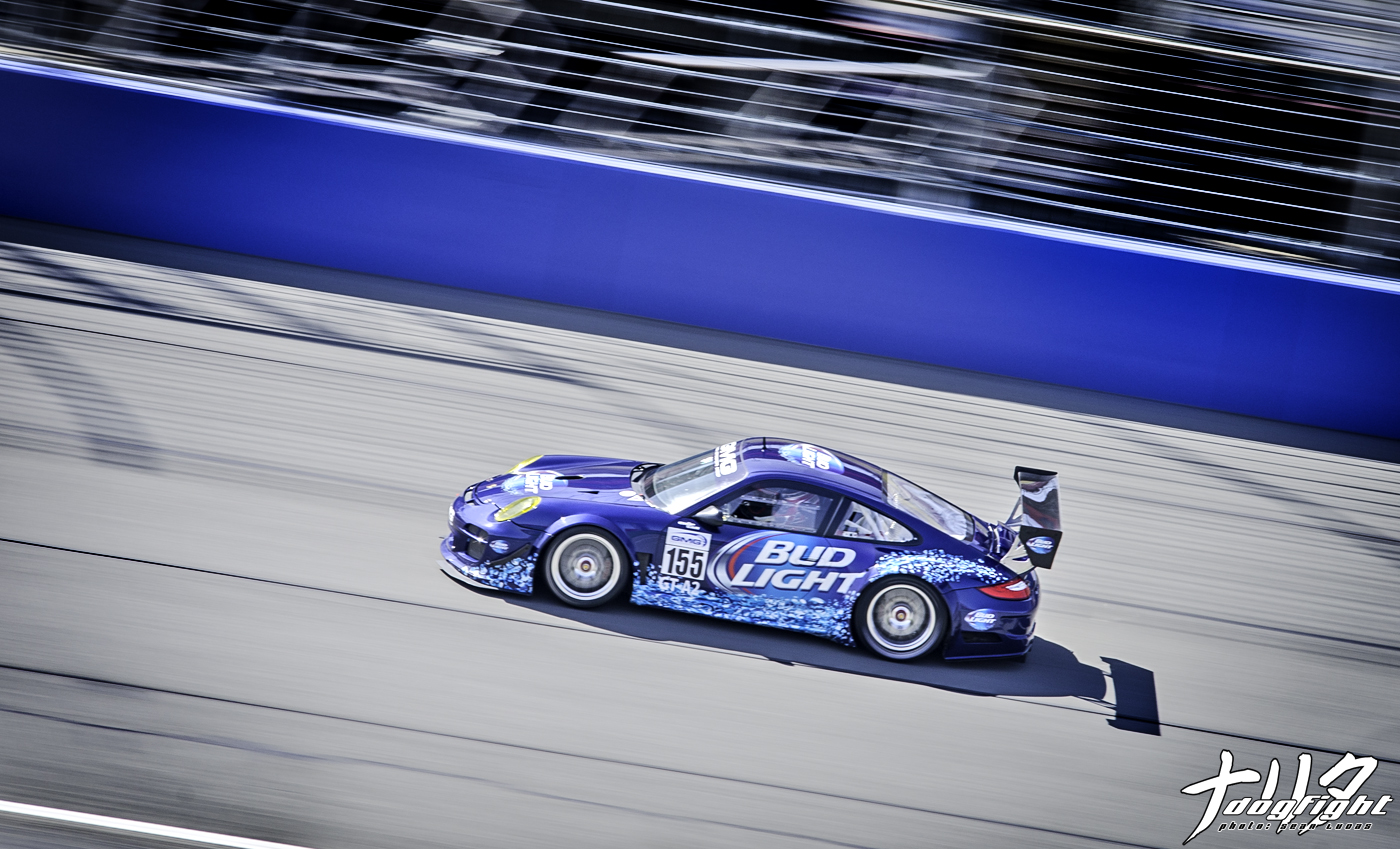 I may have gone a little overboard with the pictures on this one, but ya never know; this could be the last time I got to see the car with this livery. 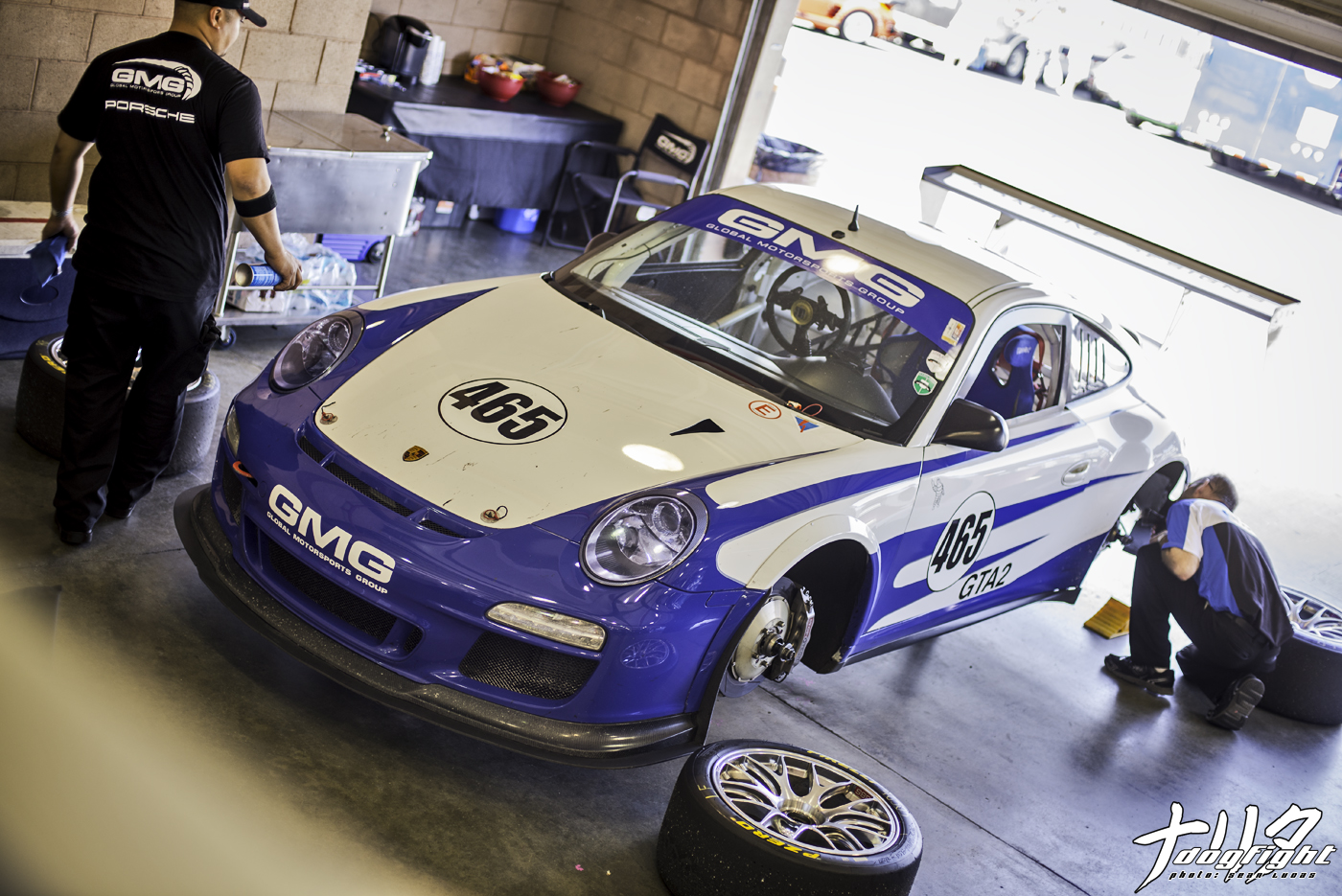 I think this is Chris Thompson’s car.  I’m not sure where he placed in the Enduro this past weekend though. 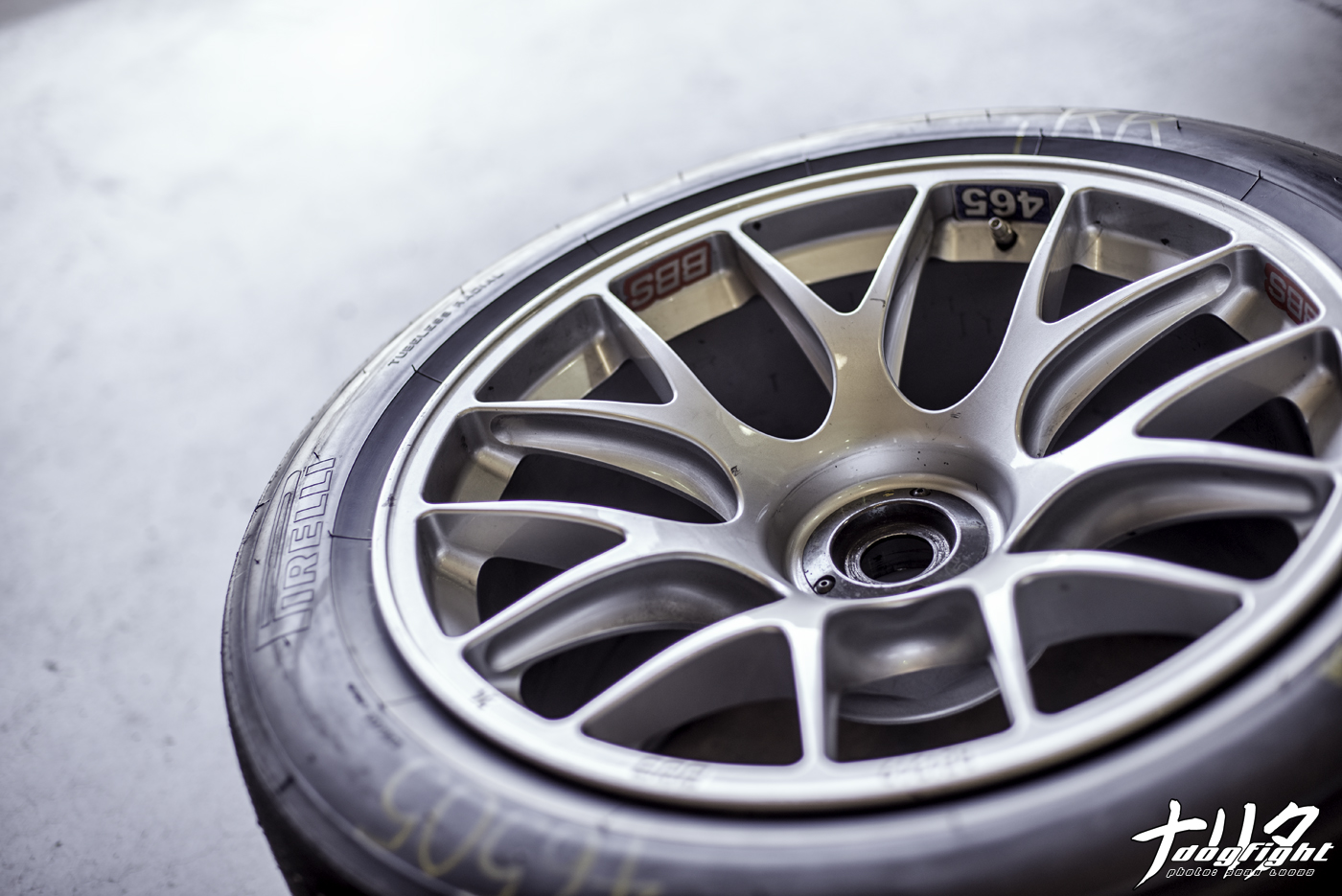 One of the single lug BBS wheels off the car. 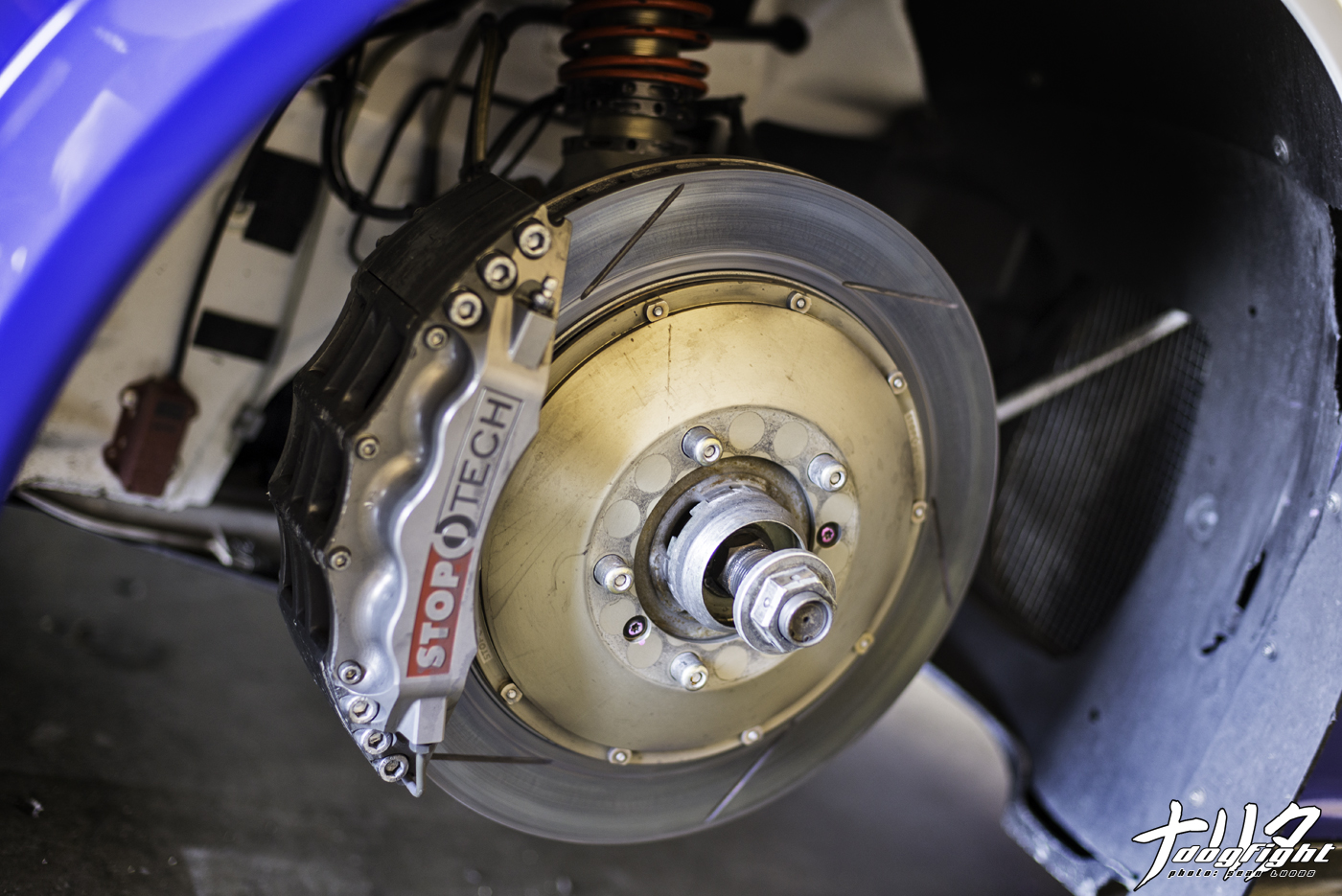 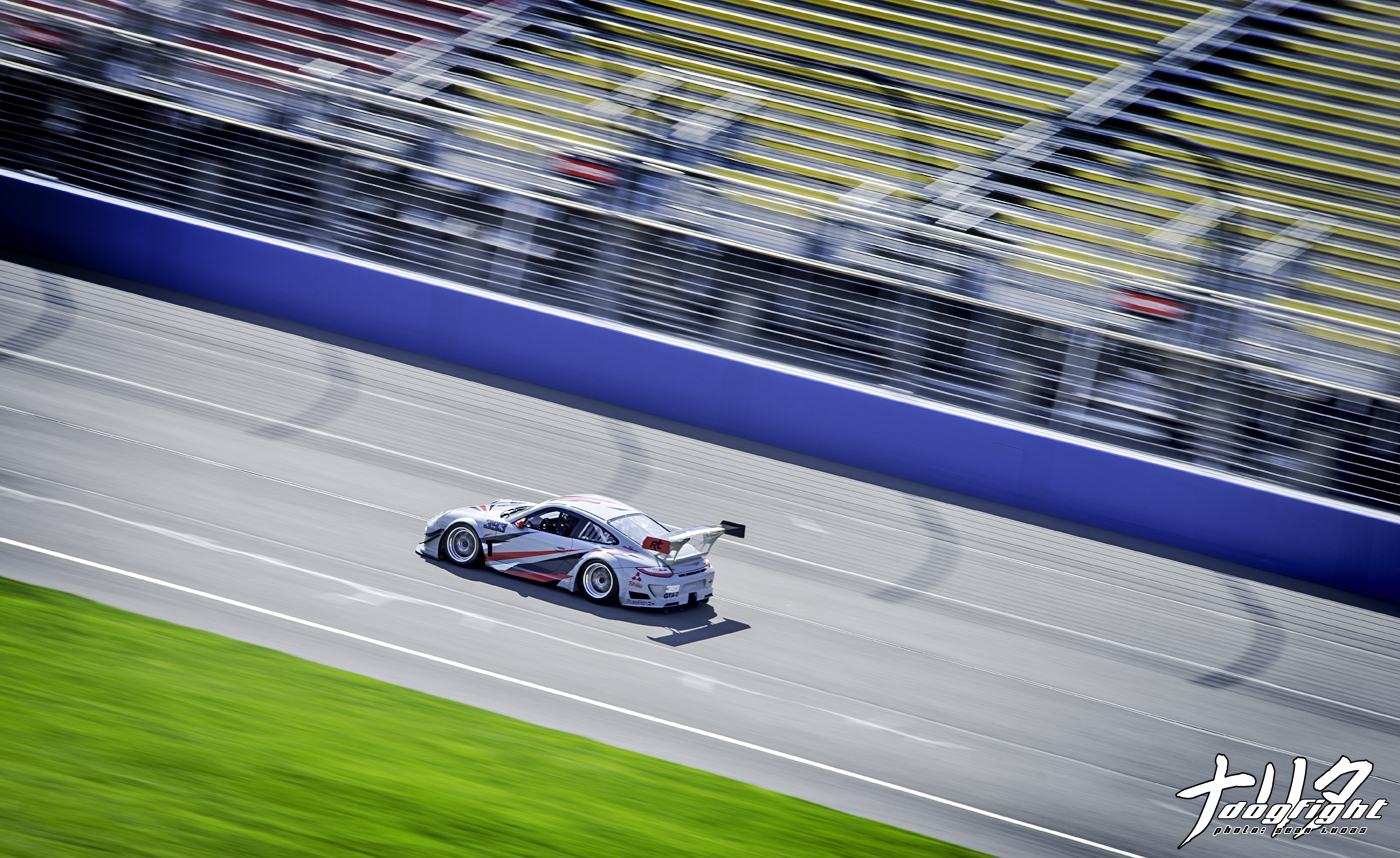 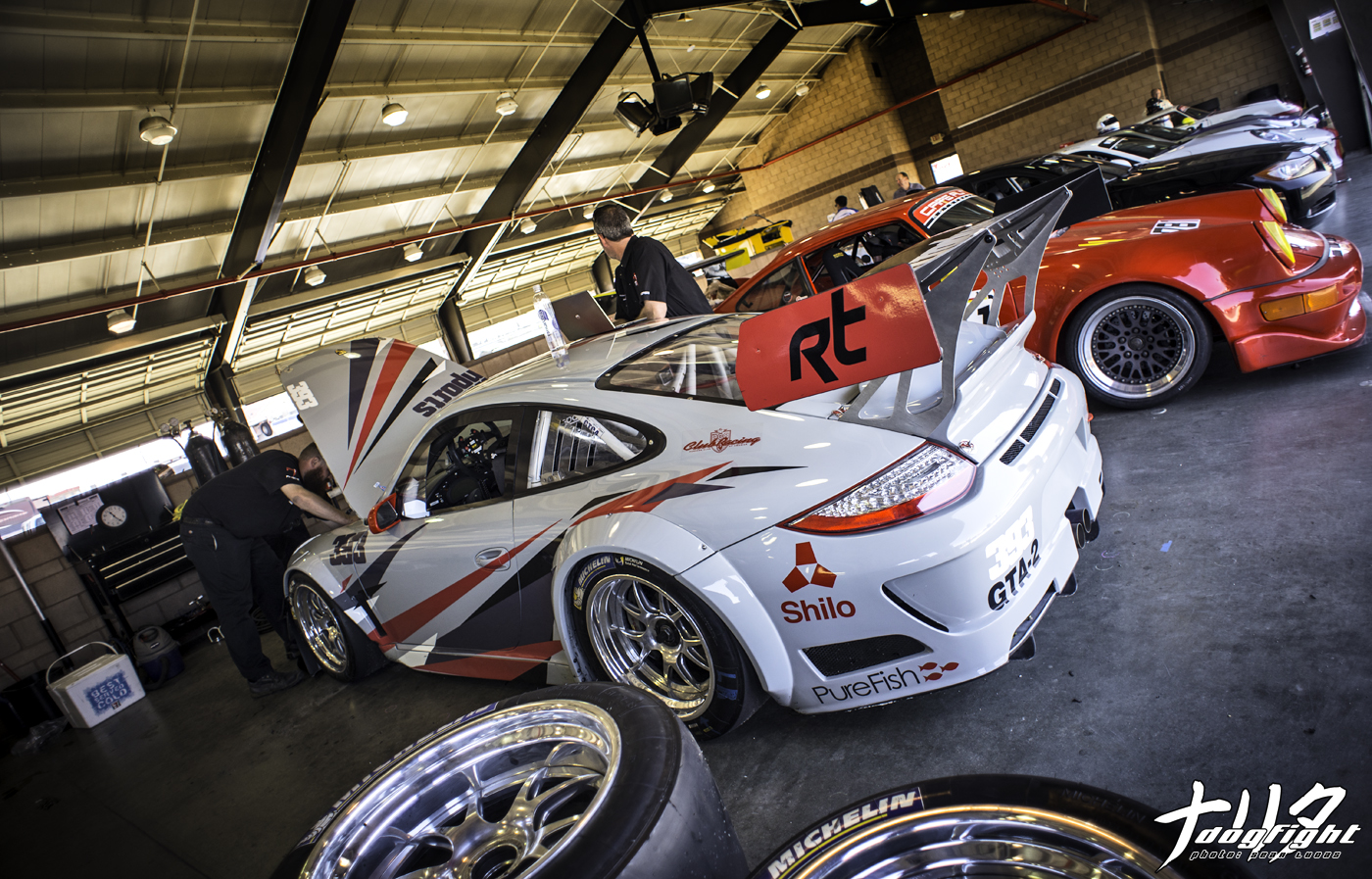 I spotted this car on track during the qualifying session and ended up tracking it down in the paddock area.  I’m not sure what team or group they drive with but I really, really liked the build. 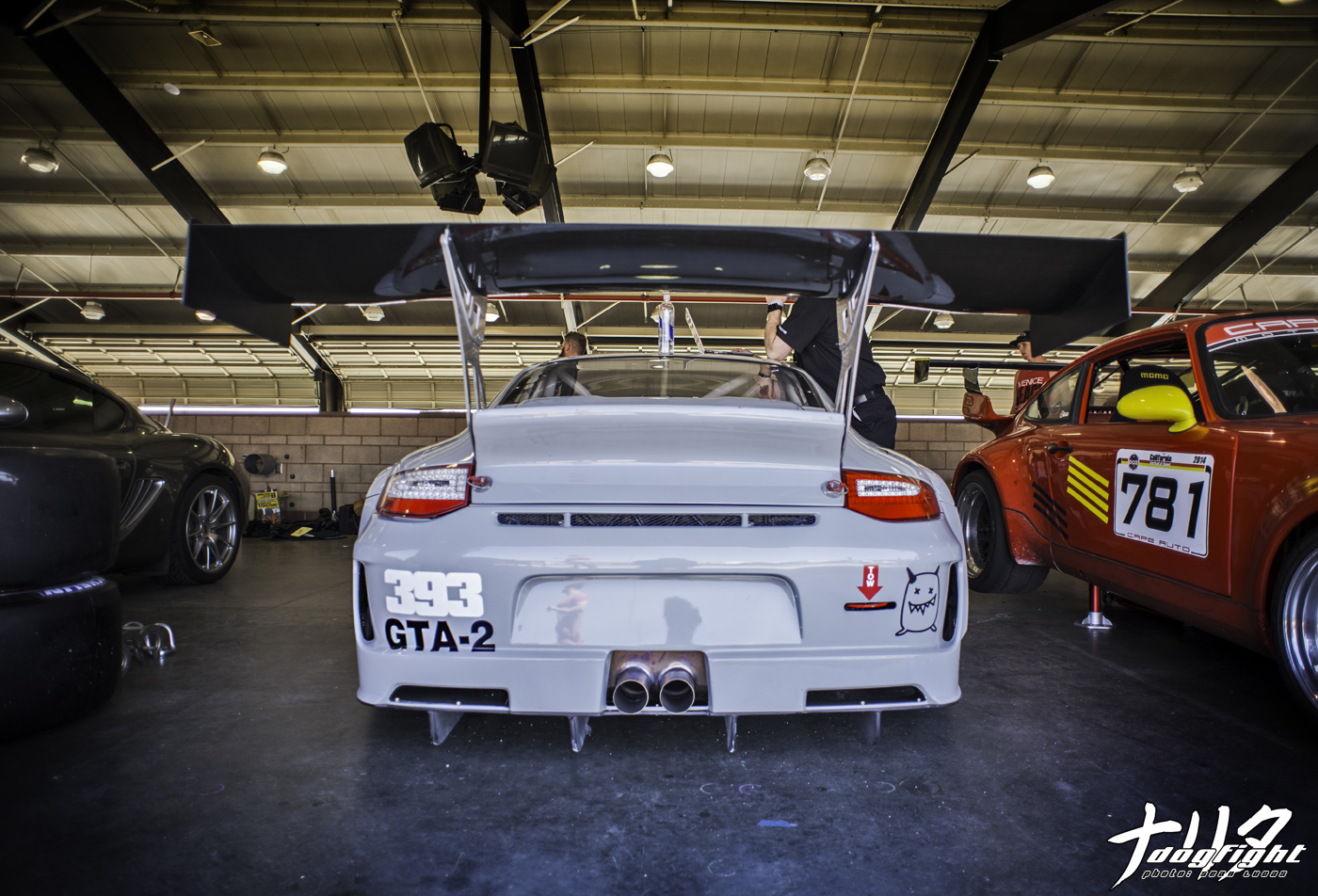 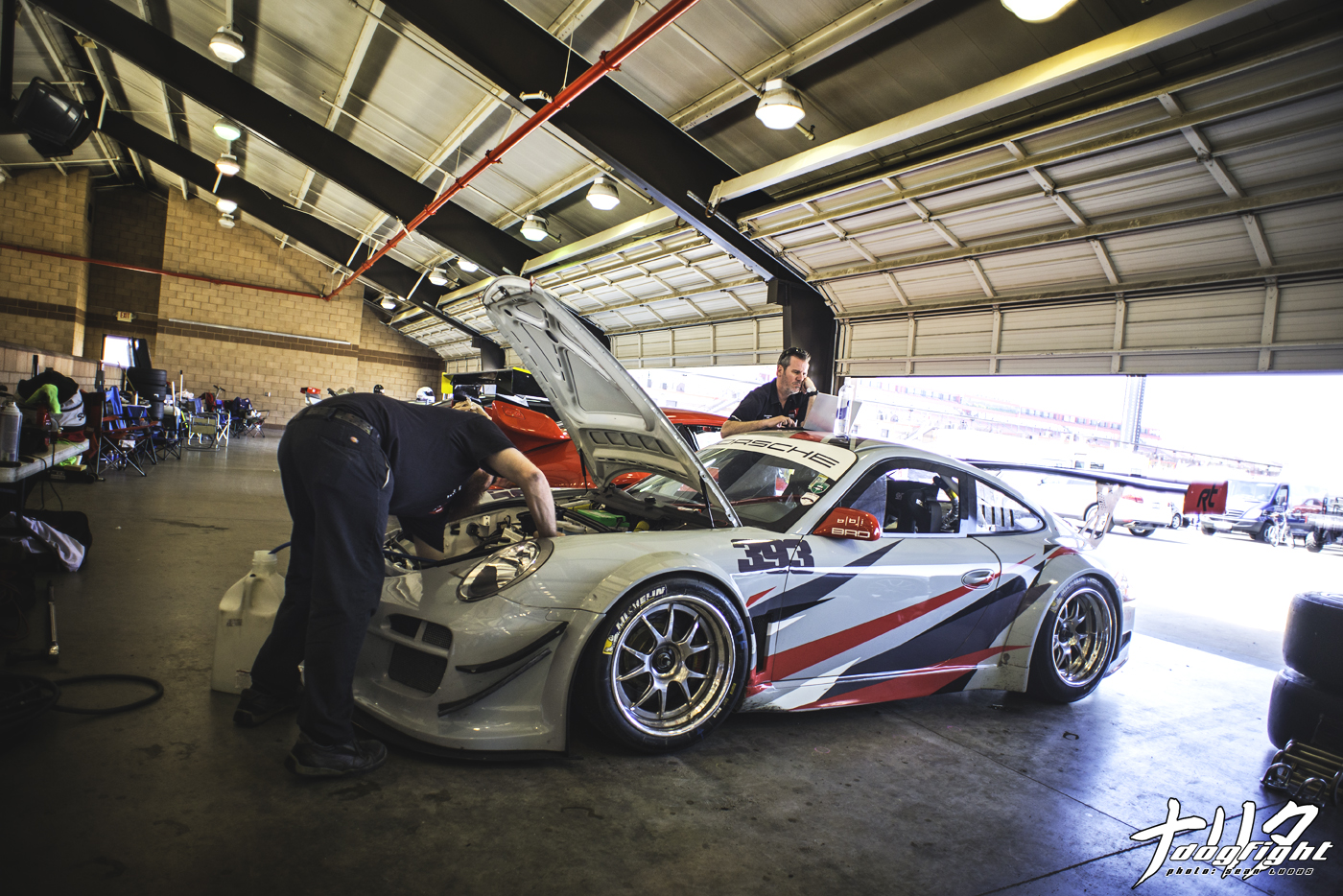 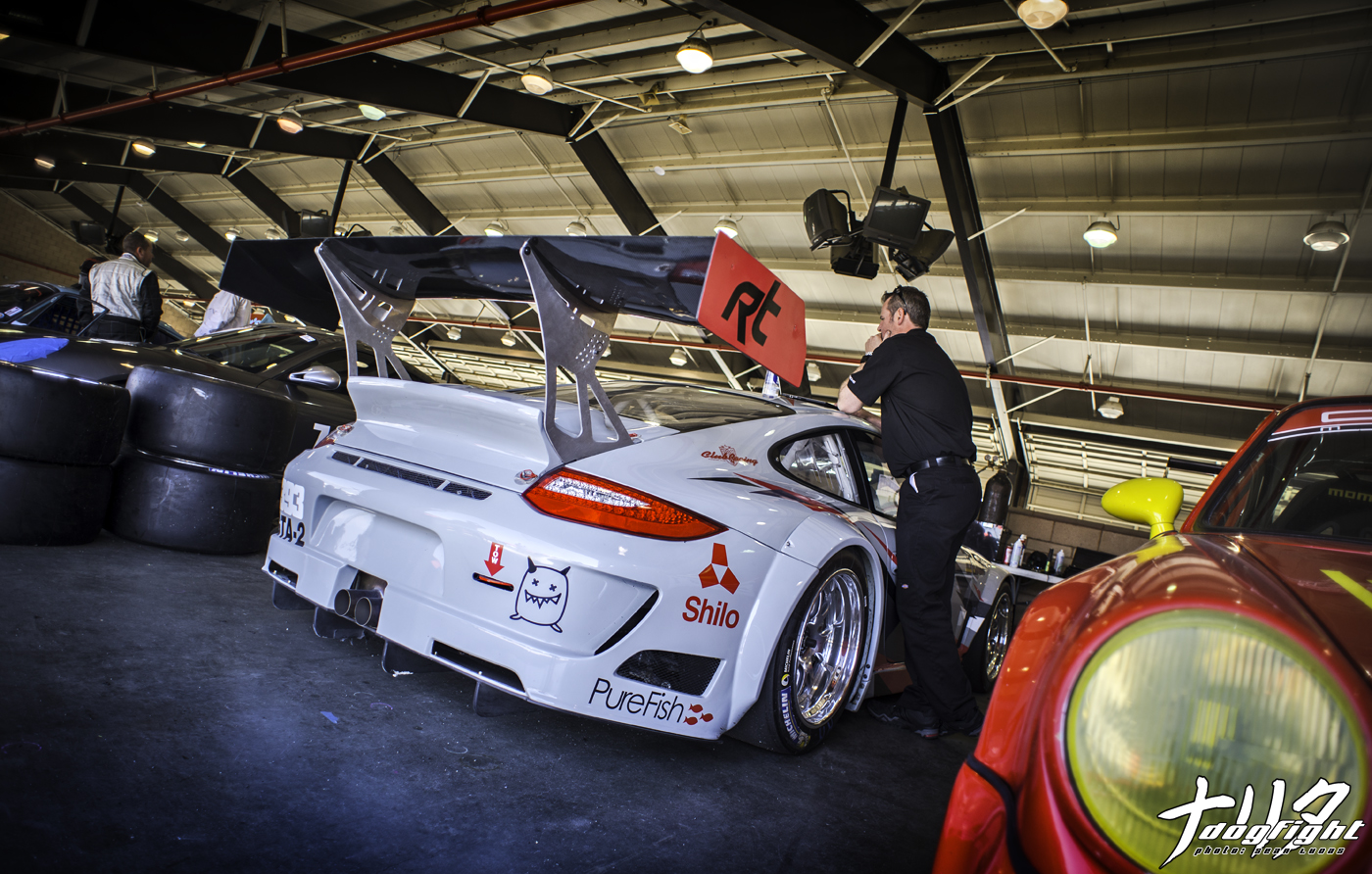 If anyone has any more info on it I’d like to hear! 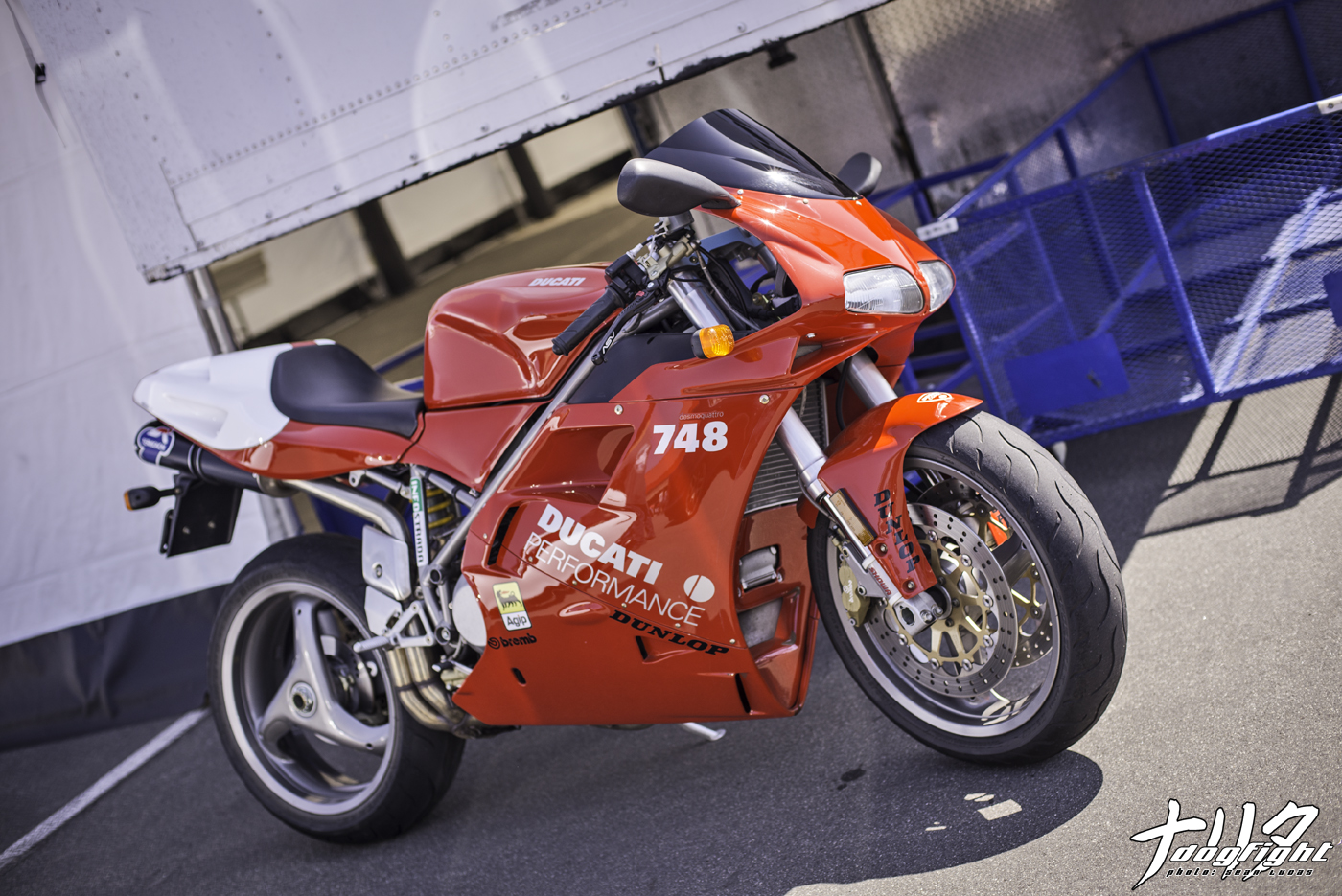 Glanced at this 748 on my way to the Falken booth… 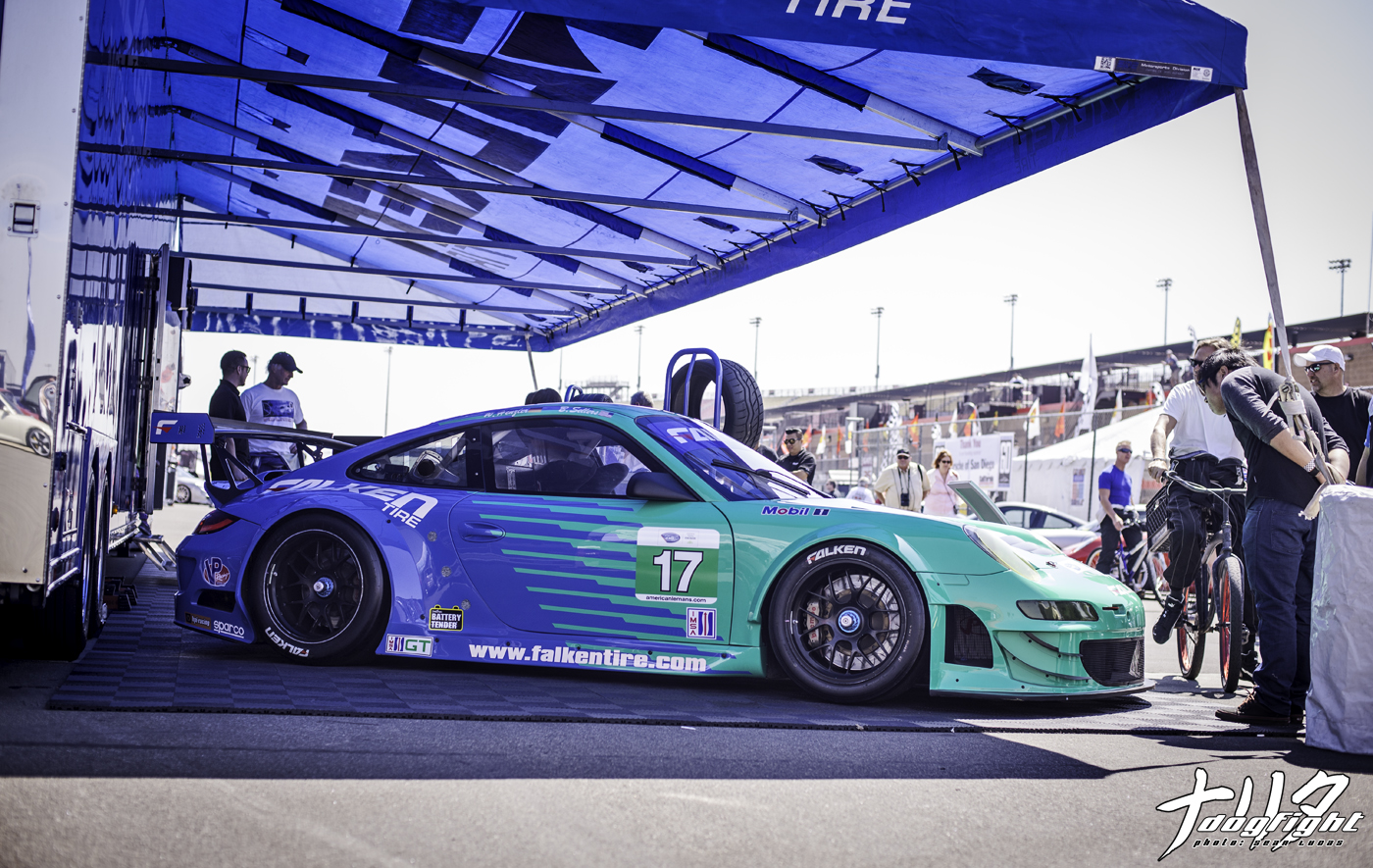 …to check out their GT build. 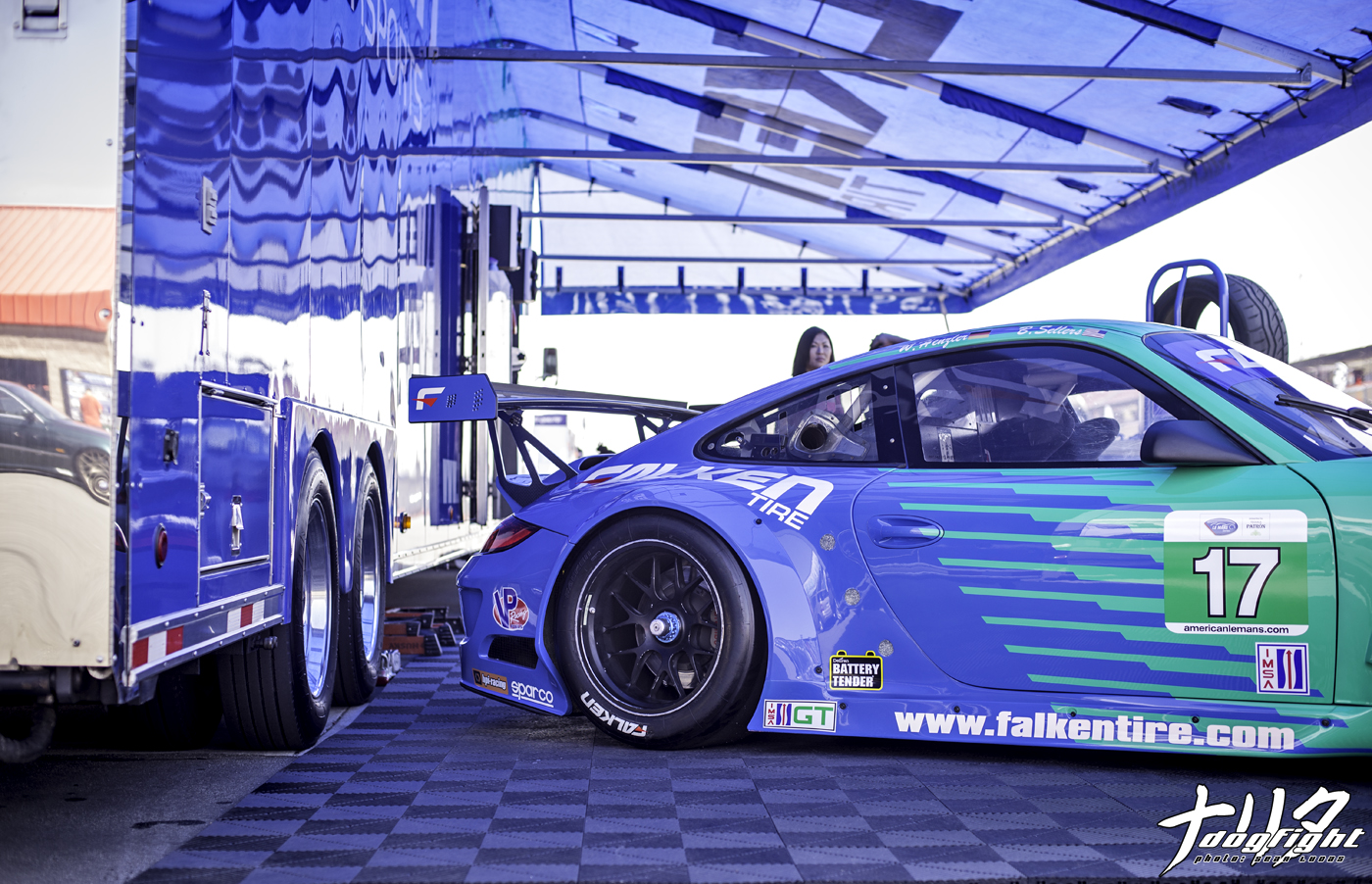 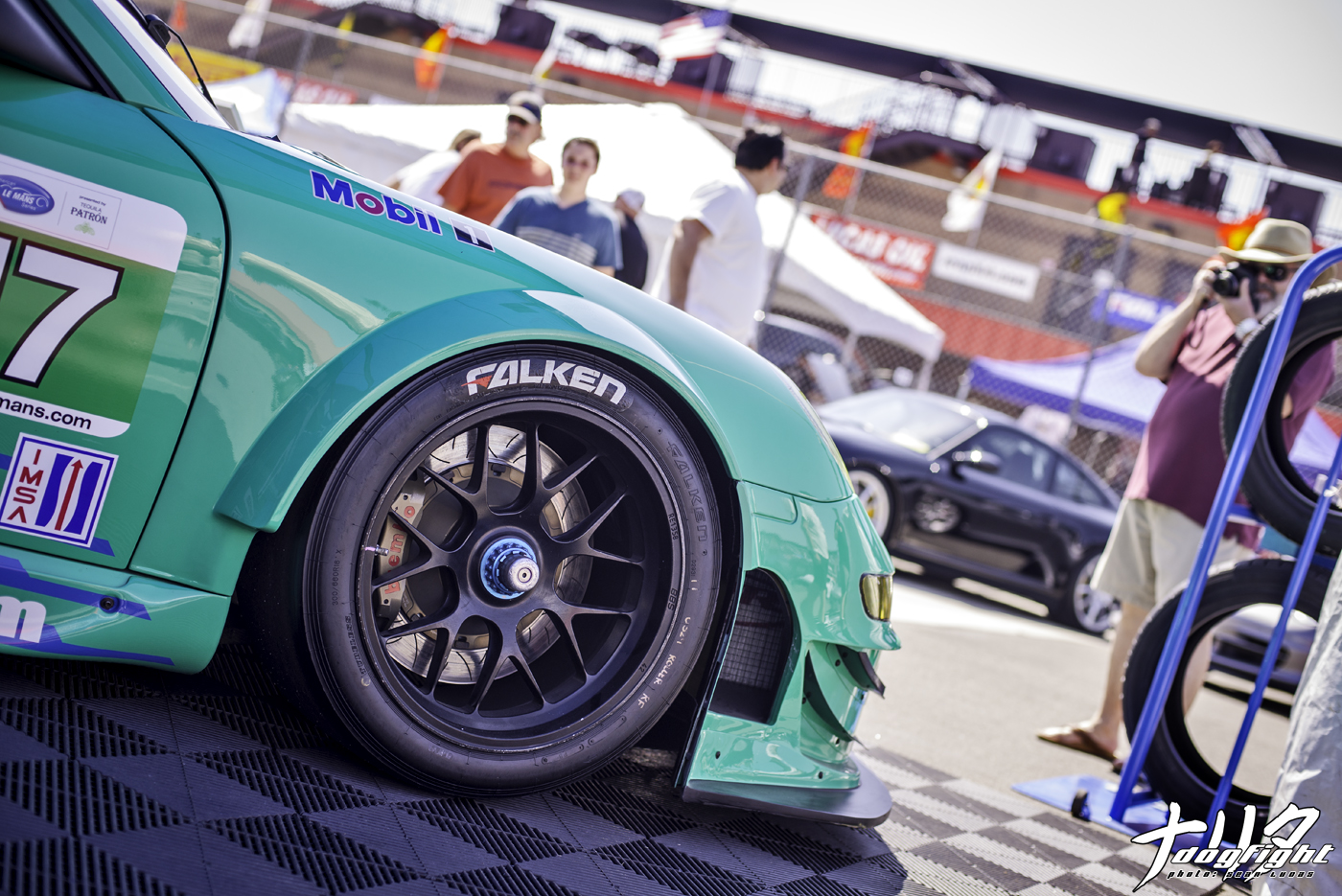 Had a blast this weekend – thanks to Dom and GMG.