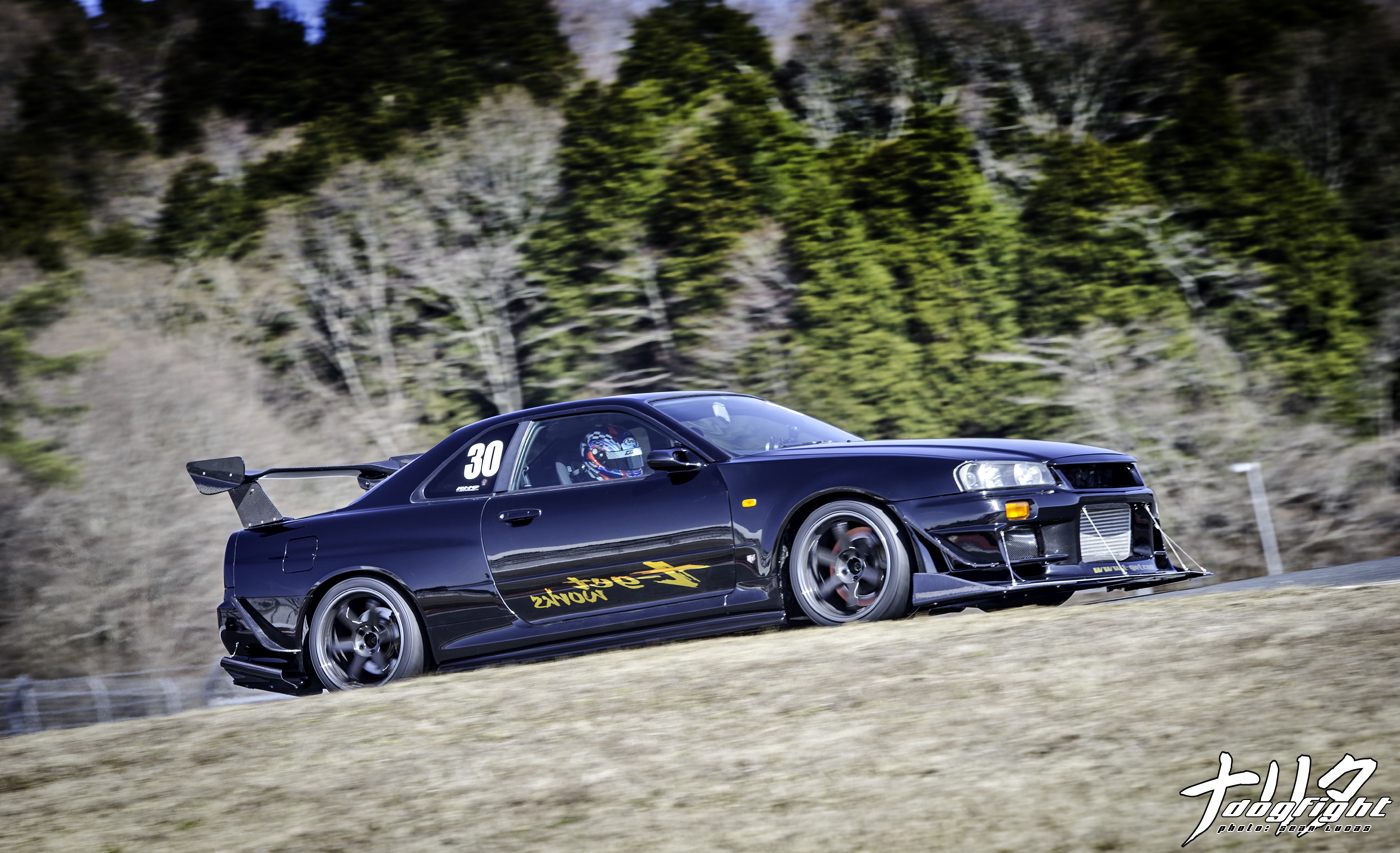 My first encounter with T-Get came in the form of a R35 GTR; the last team car they commissioned at HKS Premium Day in 2014.  That car, however, was visually very factory looking, with only a GT wing and mild canard setup added to the exterior (if I recall correctly it was still on factory wheels).  Their 2015 entrant, the shop R34, is quite the contrast from the previous years. 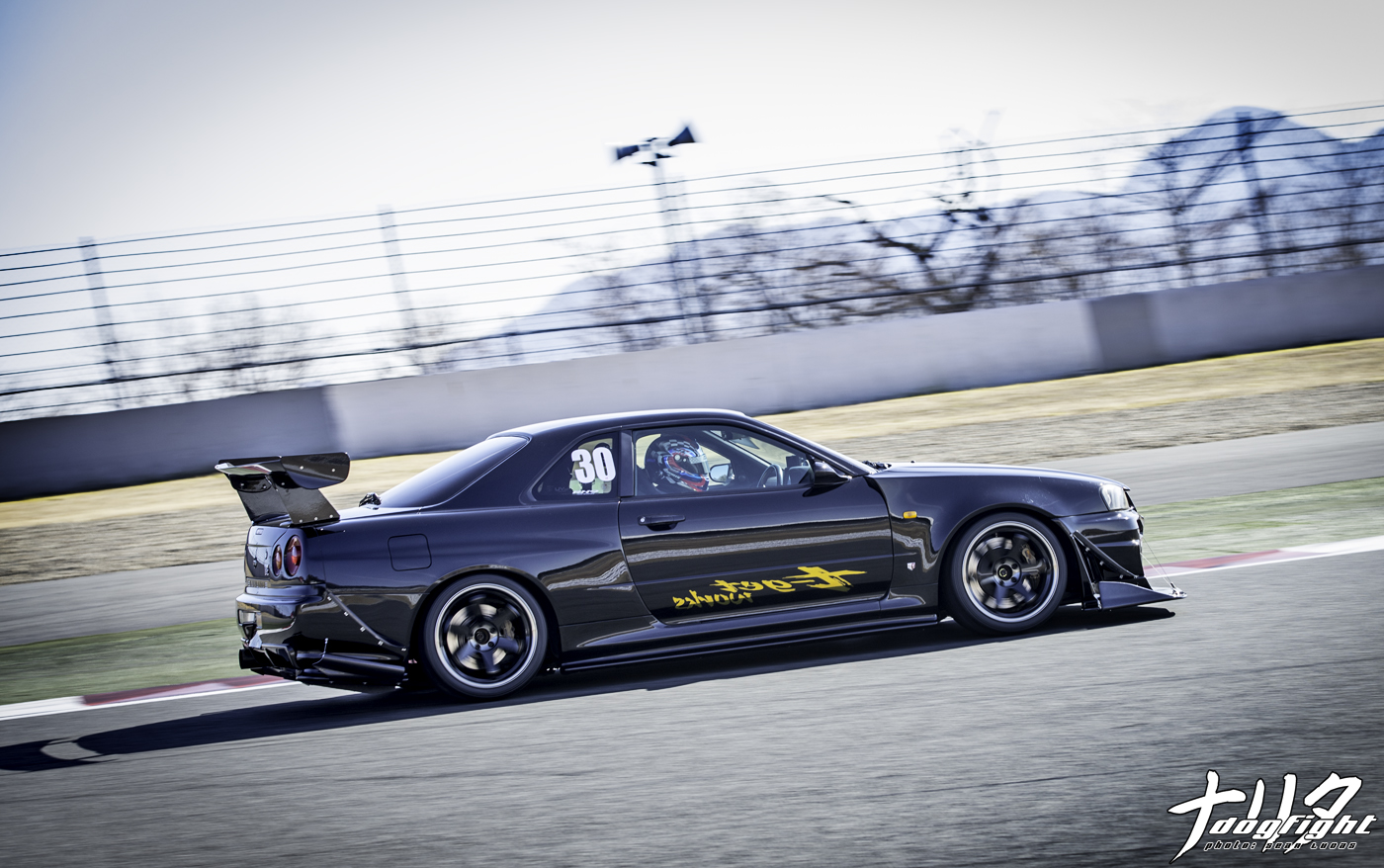 Founded around 1995 by Sakai-san, T-Get Works slowly built a reputation for having some of the fastest cars in the Saitama area.  Soon after the Record Holder 9 group was formed, Sakai-san set out to become part of the elite consortium of shops that bore the title of RH9.  Having achieved his goals in the 0-400, the shop turned their attention to other forms of motor sport to broaden the shops reach. 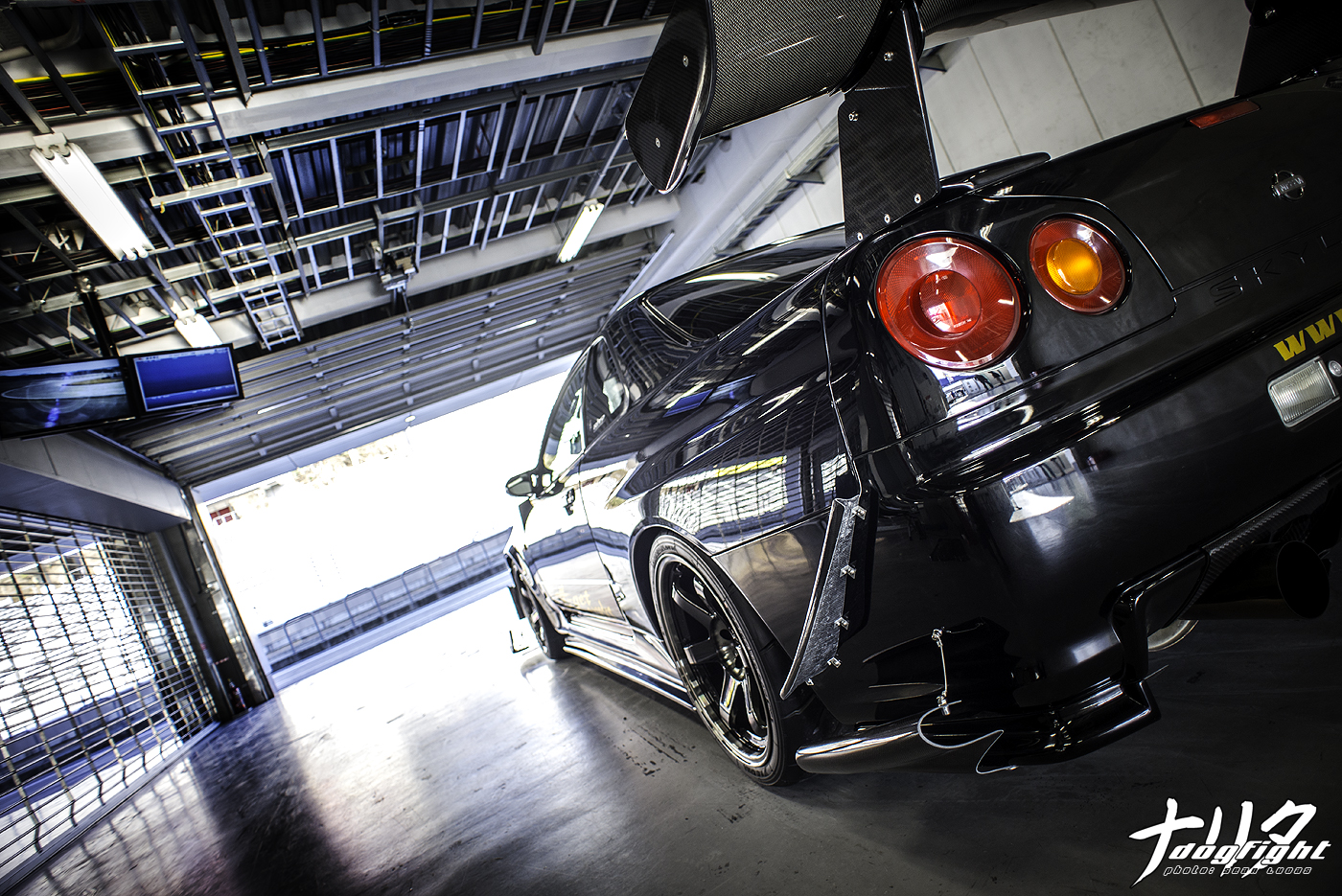 Last year, former Super GT driver Sasaki Masahiro piloted the mildly tuned R35 around Fuji in a 1’49.506 – which isn’t all that bad considering the car only had minor suspension work, and some ECU tuning.  This year, unfortunately due to engine trouble early on, he was able to take the R34 around the circuit in a best time of 1’50.199; which happened to be the slowest in the class.  Although, when paired against cars like the Garage Ito R34 (1’41.5), you’ve got to bring everything you’ve got to be competitive.  If the car had not retired early due to mechanical issues, I’m sure it would be more formidable! 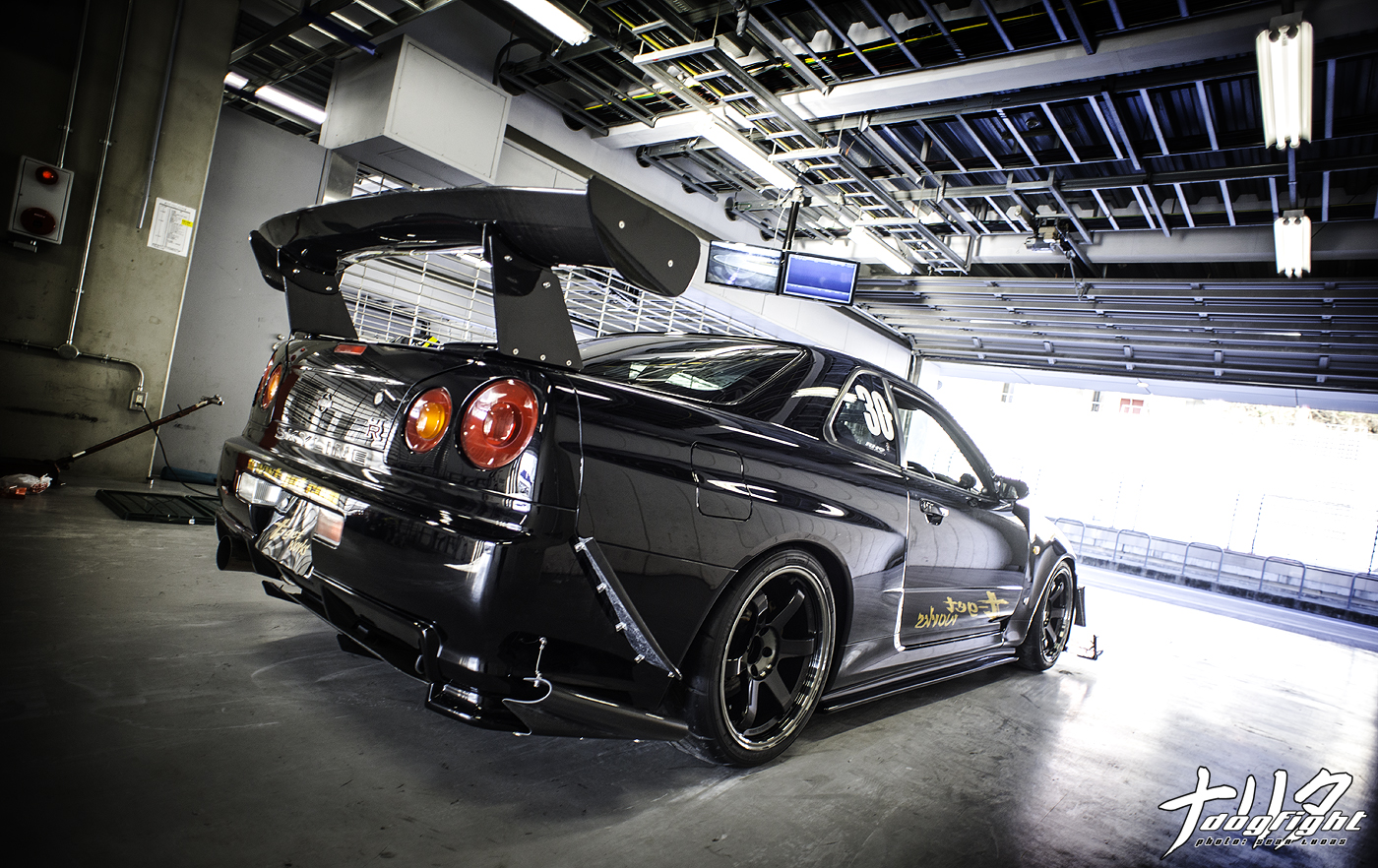 Although there are a handful of chassis’s I feel strongly about, there’s always been something about the R34 that tops them all.  Especially from the rear quarter view – something about the overall shape of the car is just so pleasing.  T-Get did a great job with the aero on this particular one. 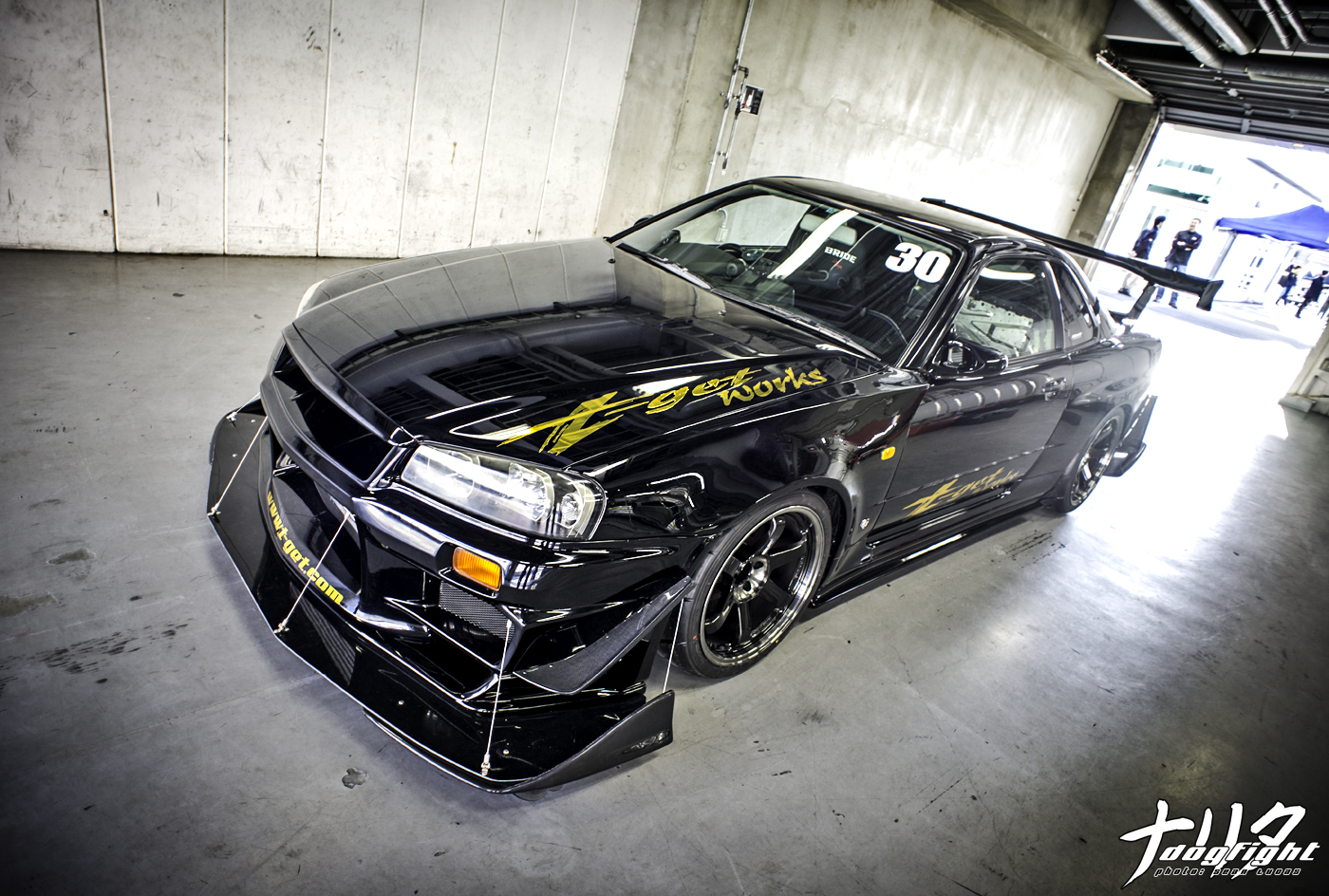 The combination of gloss black paint, raw carbon canards both front and rear, along with the diffuser and splitter give it a distinctly menacing persona.  The set of black TE-37’s with polished lip really do a nice job of complementing the look – a perfect choice. 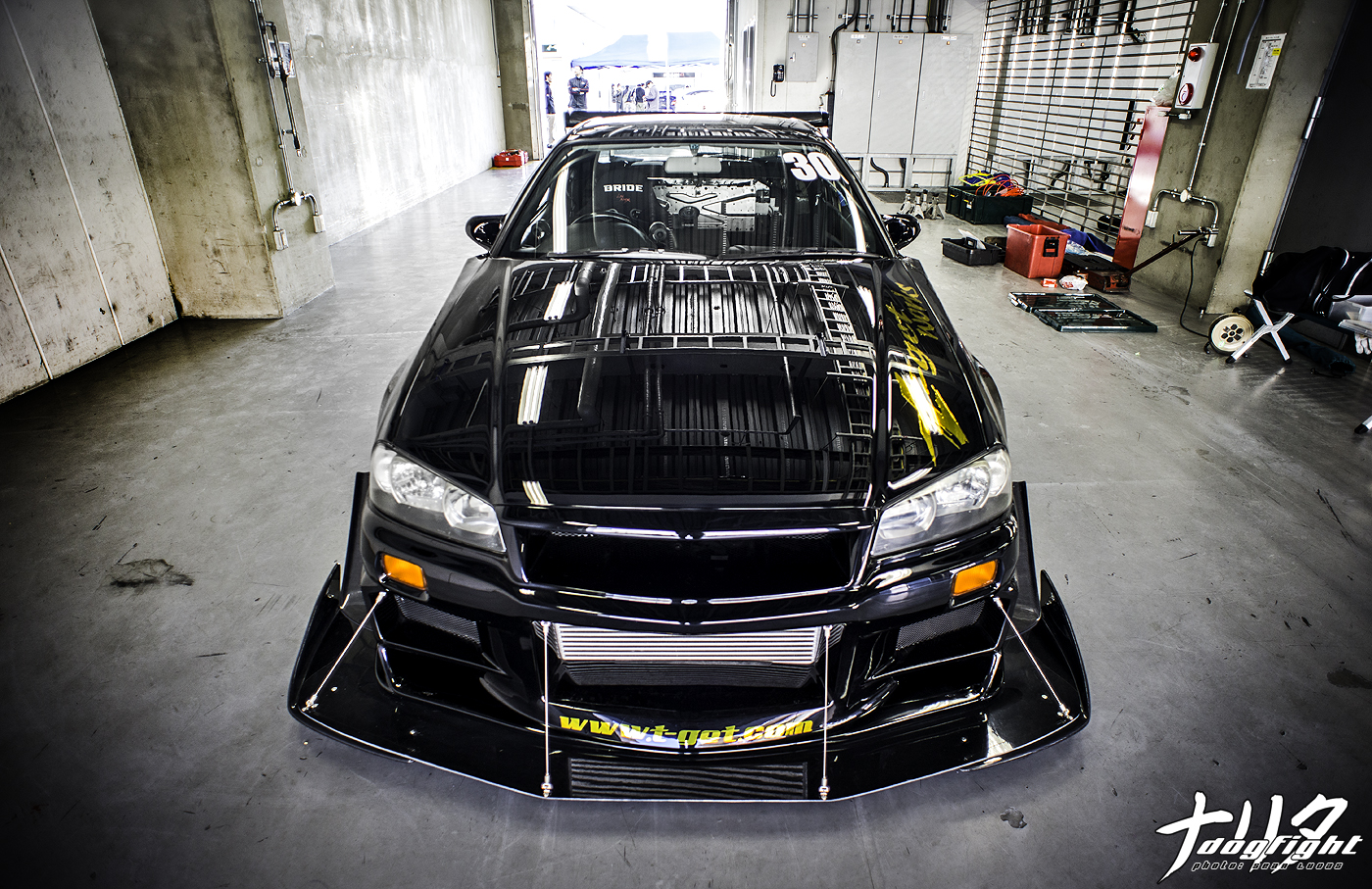 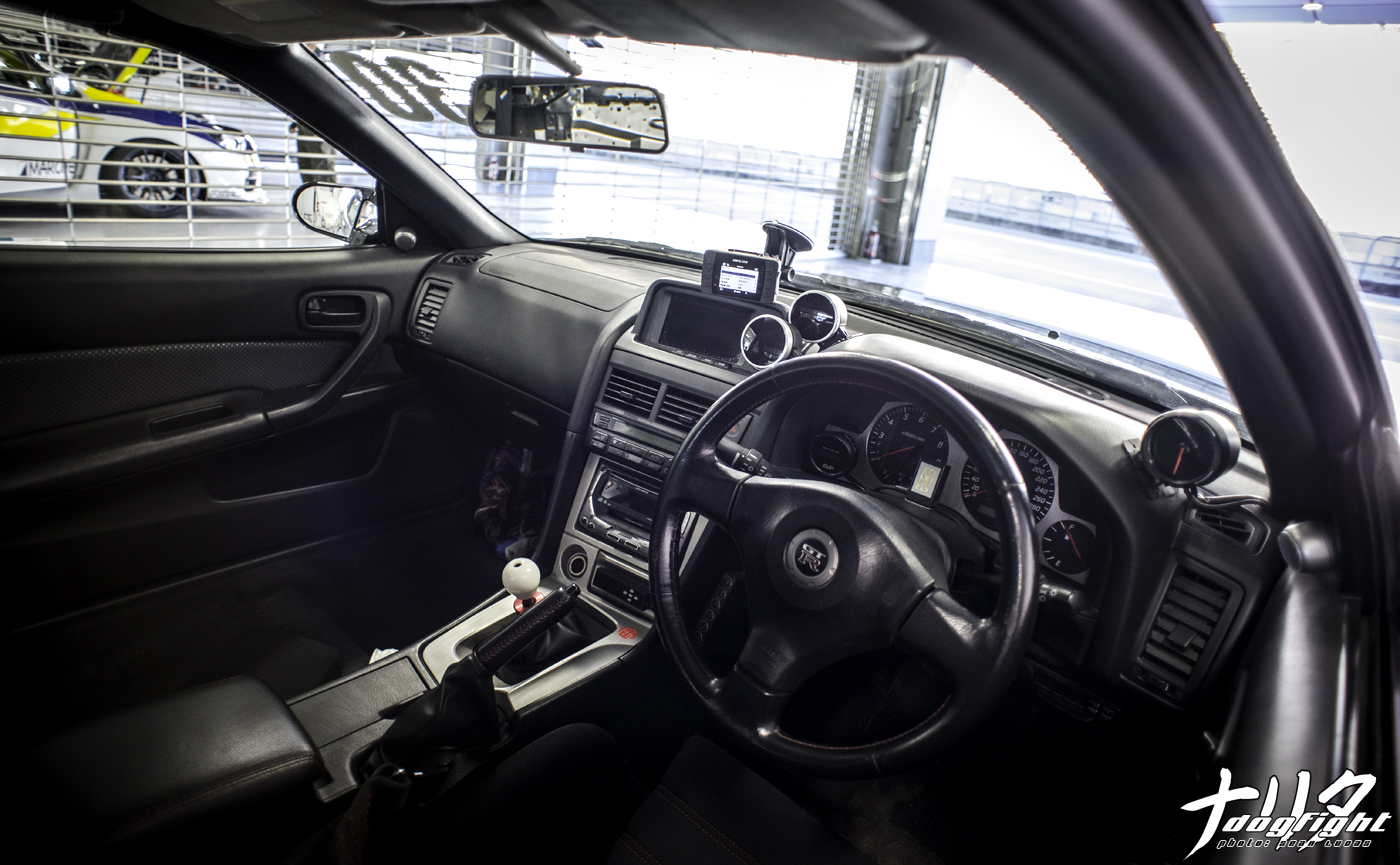 The interior remains relatively untouched.  While the passenger seat is removed for minor weight savings on track days, the dash, center console and carpet all remain.  The perfect balance of street and circuit.  A plethora of Defi and HKS gauges allow the driver to monitor engine vitals and track information. 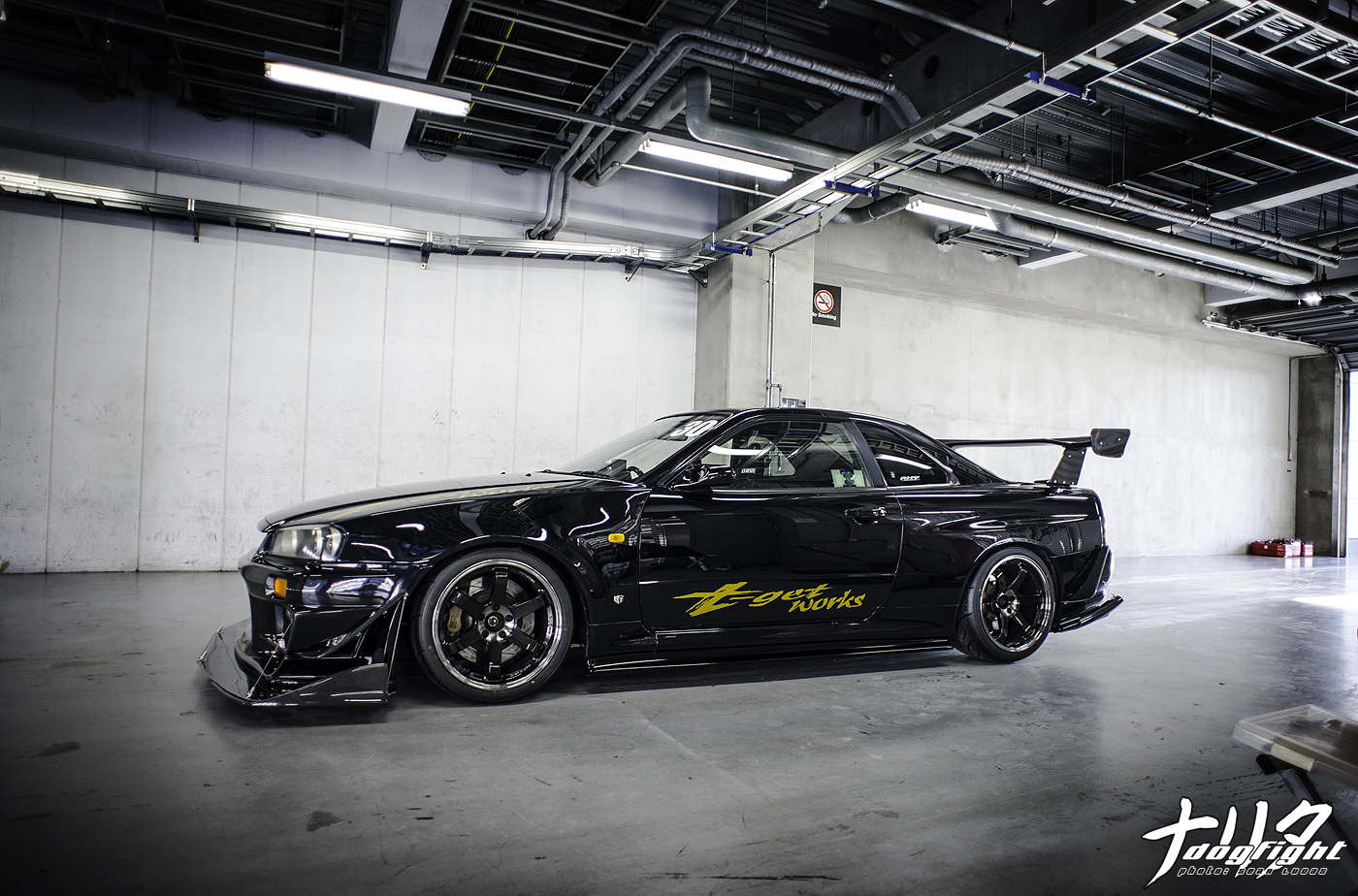 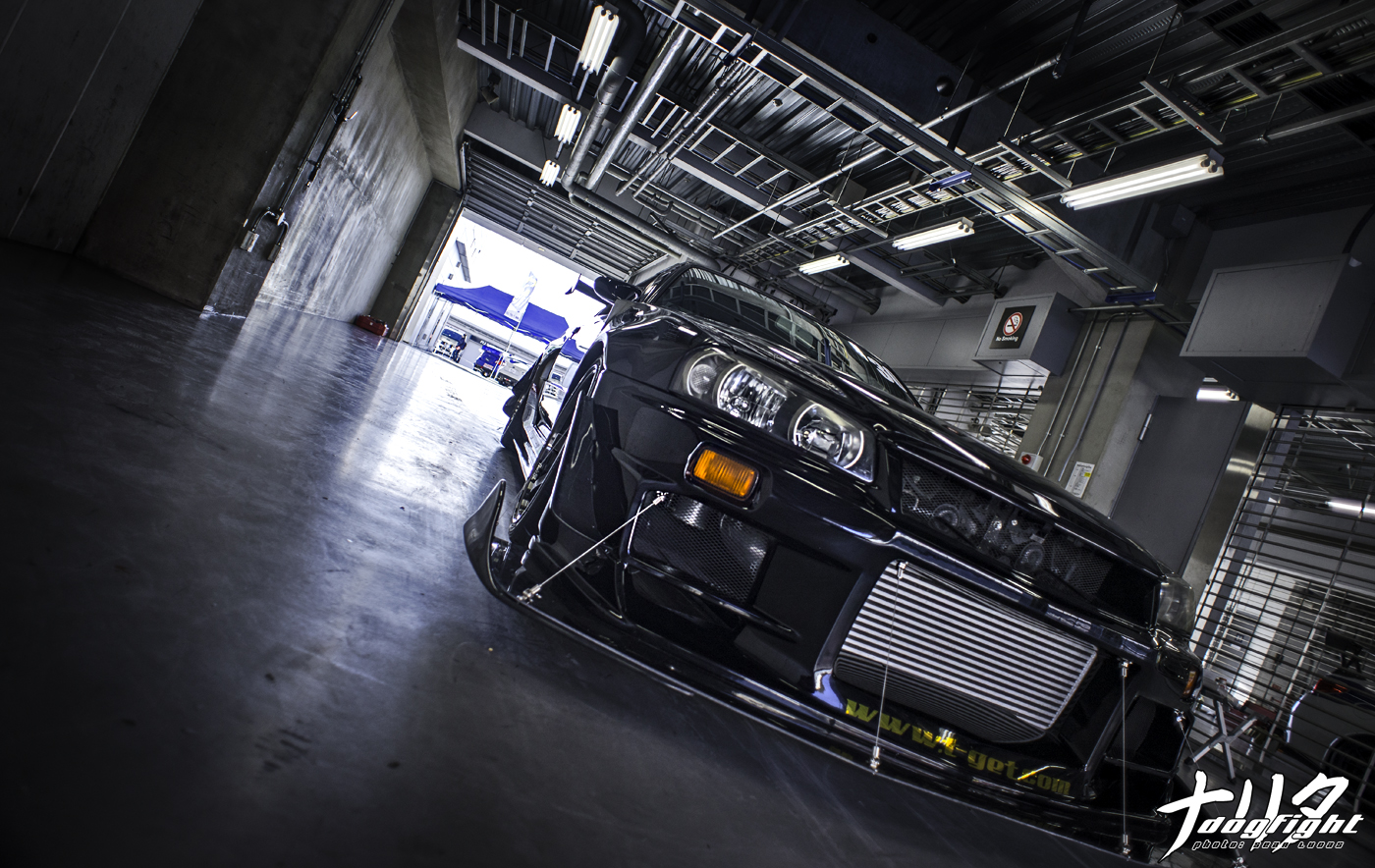 The massive HKS intercooler reveals itself through the front bumper.

Front rotors ablaze as the R34 powers it’s way out of turn one just having blasted down the expansive front straight of Fuji.  You know they have to be hot if you can see them in the day time!

Really hope they make an appearance in the same car next year!