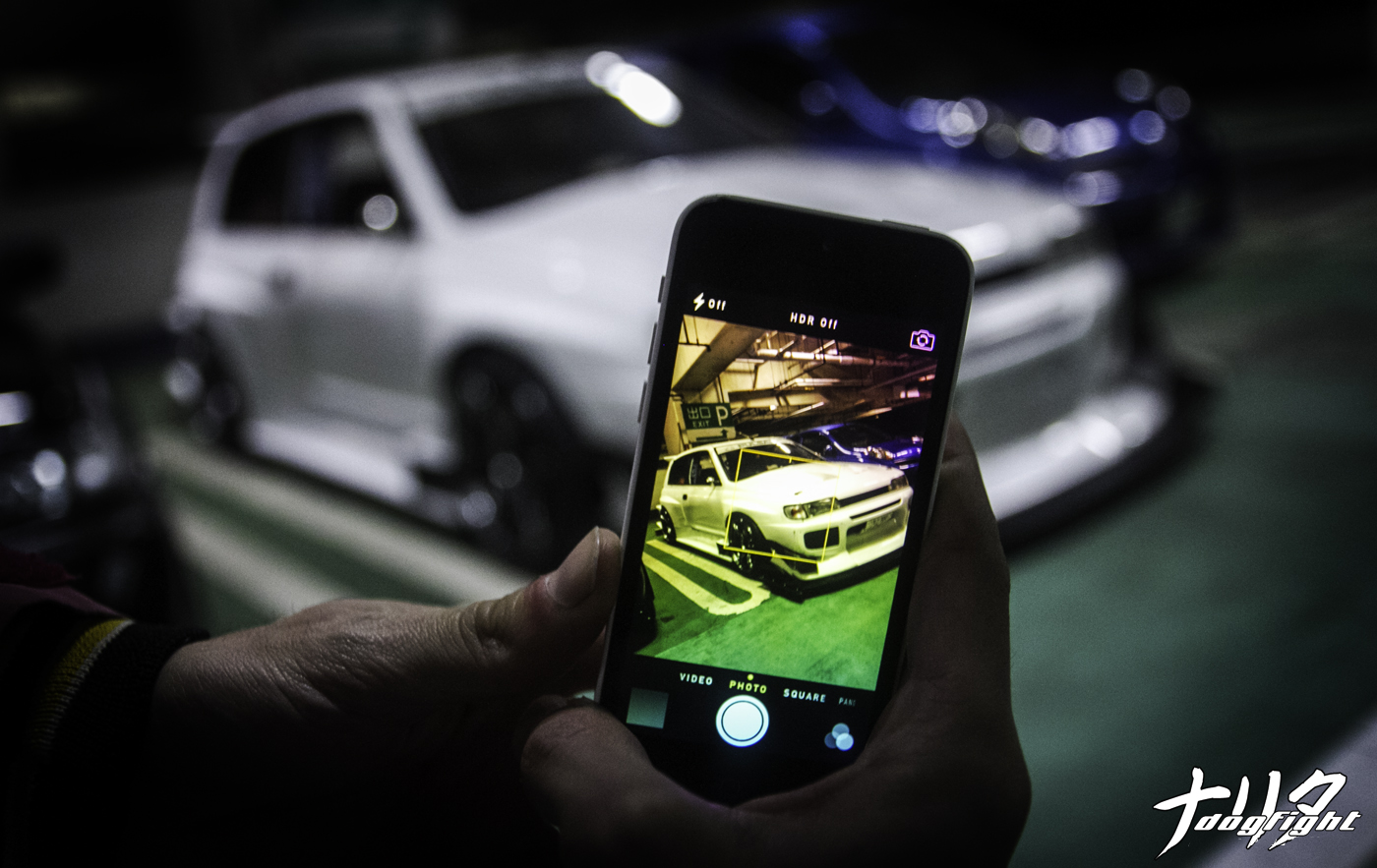 Did ya get that one?

There’s no doubt that when Nissan developed the GTI-R version of the N14 Pulsar, they were in it to fill a performance niche.  The three-door hatchback was not only AWD, but sported the ever popular SR20DET engine producing 227 horsepower.  Boasting an incredible power-to-weight ratio, Nissan had influence to produce such a car to compete in the WRC.  I wonder if they knew other people would have similar ideas though… 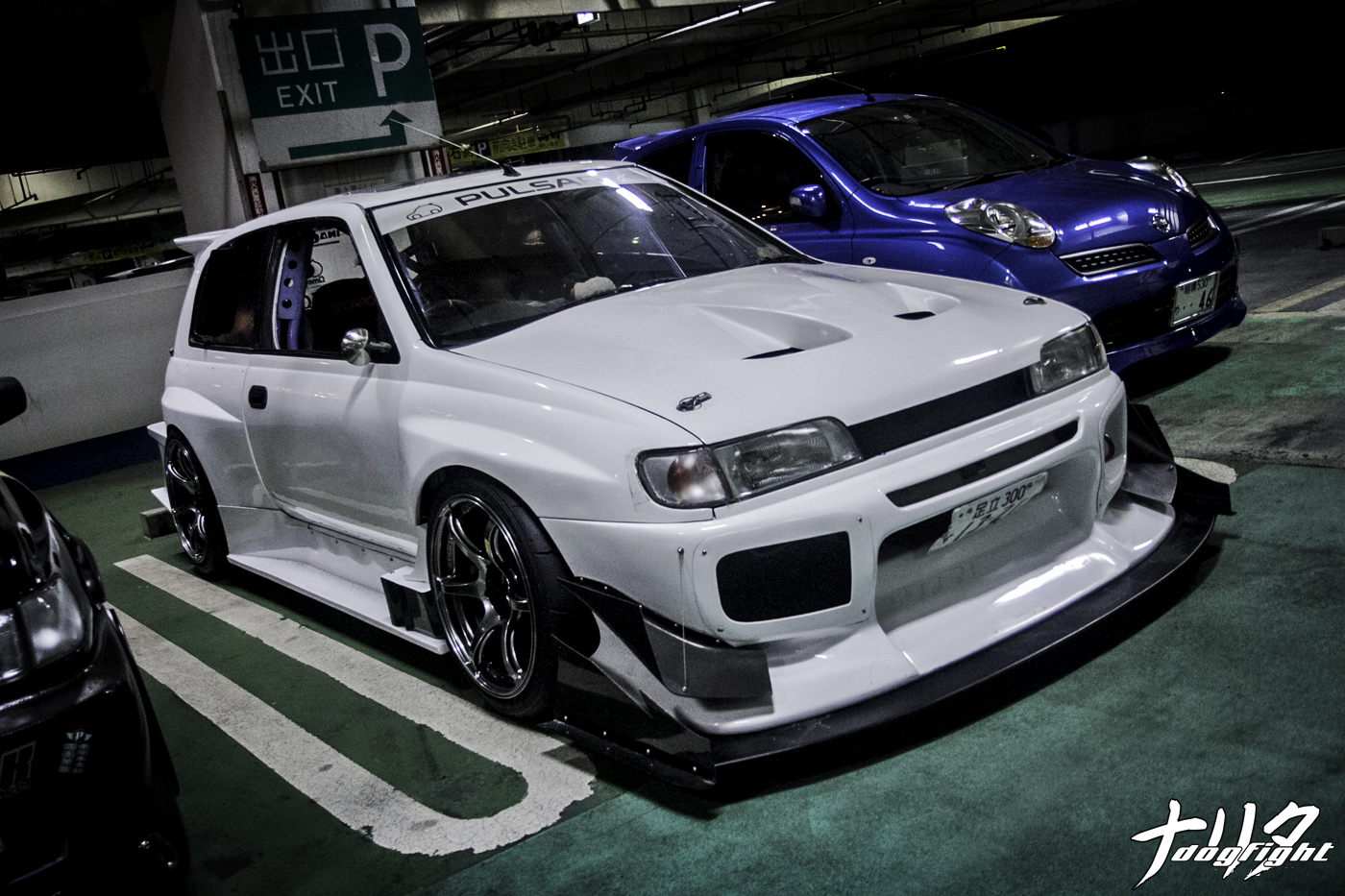 The owner of this particular Pulsar sure did.  I stumbled across this gem one night hanging out at Umihotaru with Sekinei and the boys.  We were gathering there with some friends to go shoot on the expressway for Sekinei’s Facebook page CPK6. 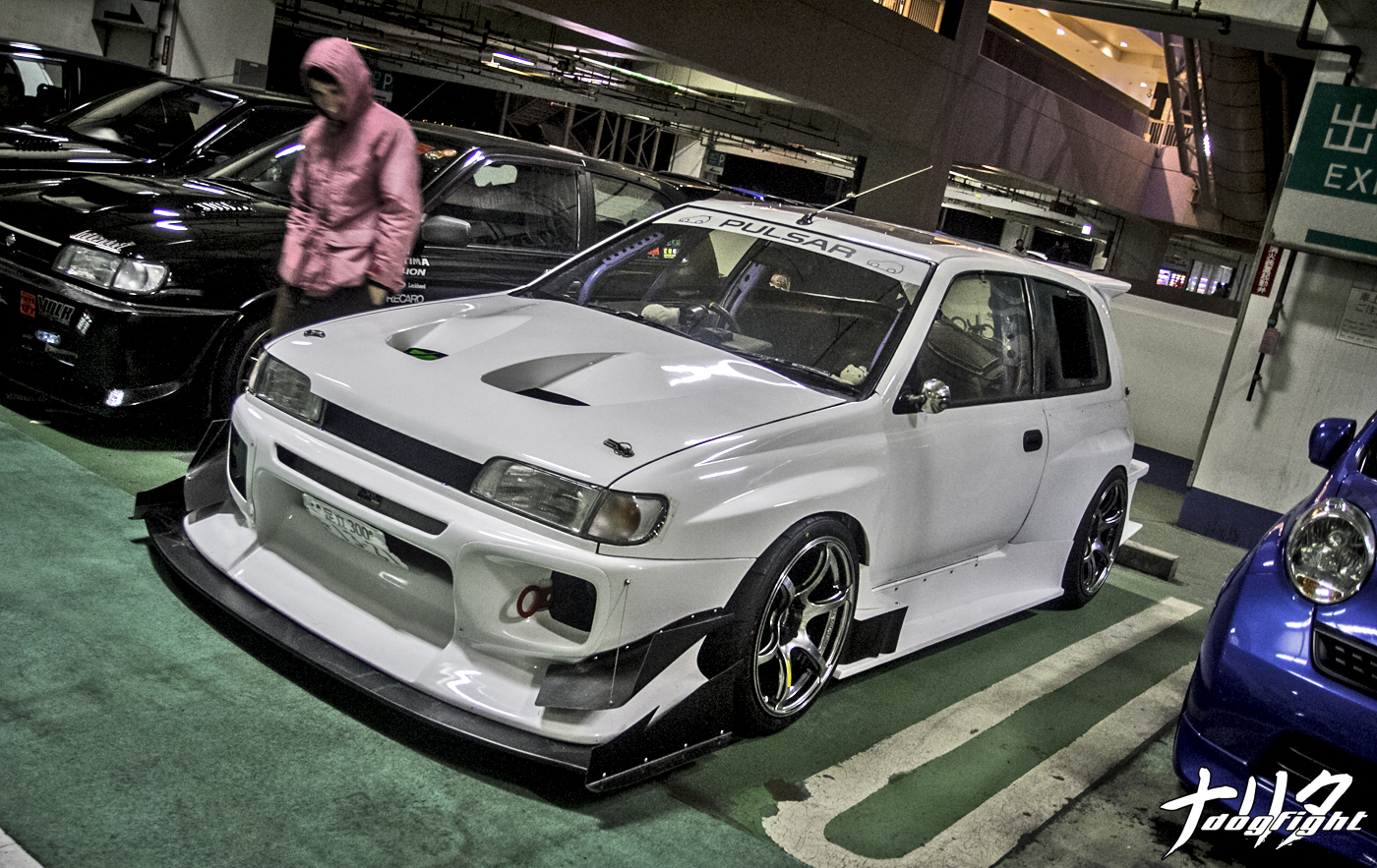 I got really excited when this showed up, as I had seen videos of it at Tsukuba floating around the internet running a 1’00.4 second lap time around TC2000.  The video in question is a bit old, back when the car was still red I believe (if it’s the same Pulsar – pretty sure it is).  The SR20VET (yes, it’s a VE), get’s air via the rear mounted radiator; note the massive rear quarter window scoops.  I actually stuck my head inside one…it was warm. 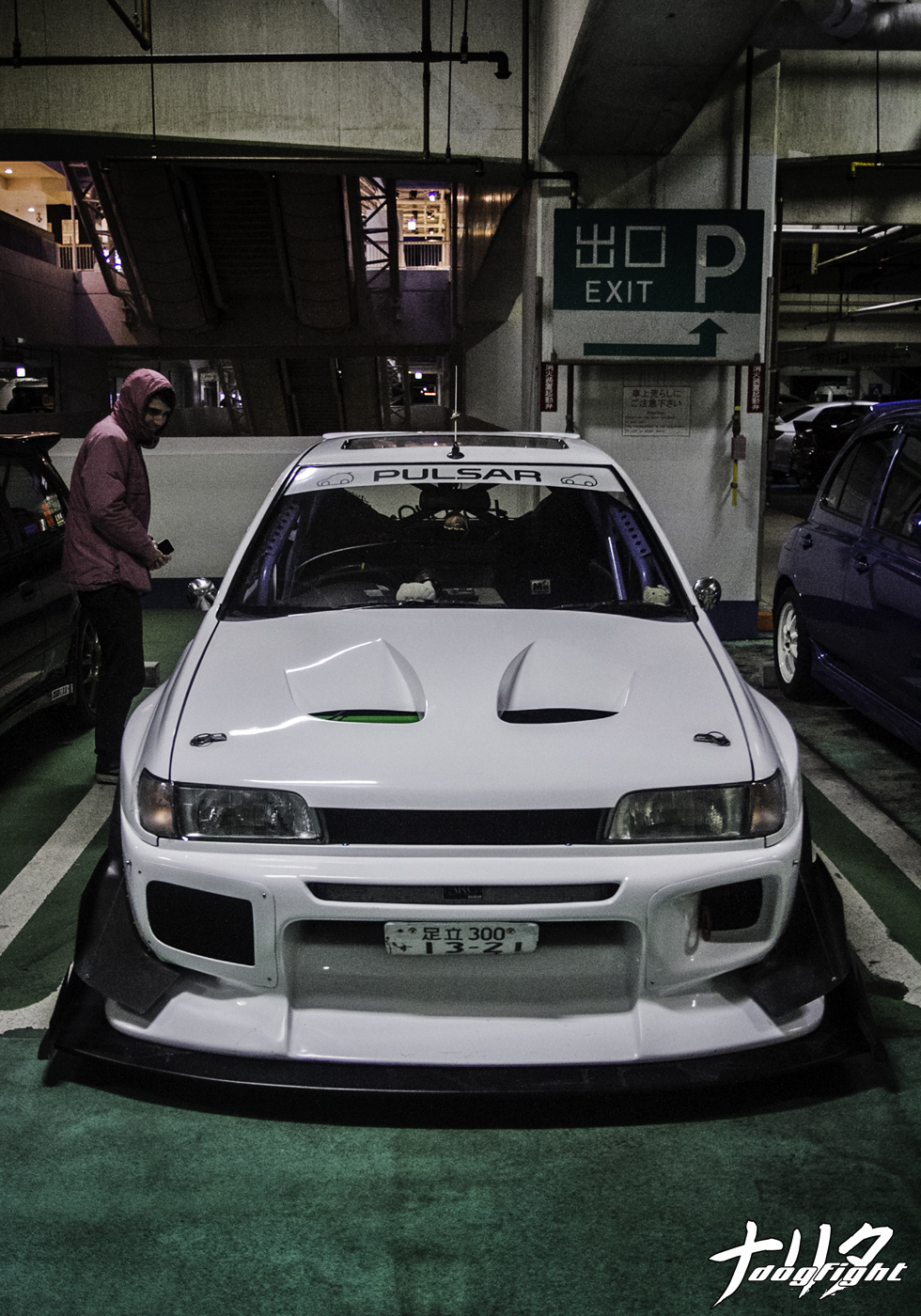 Grain for days – I didn’t have a tripod and it was quite dark. 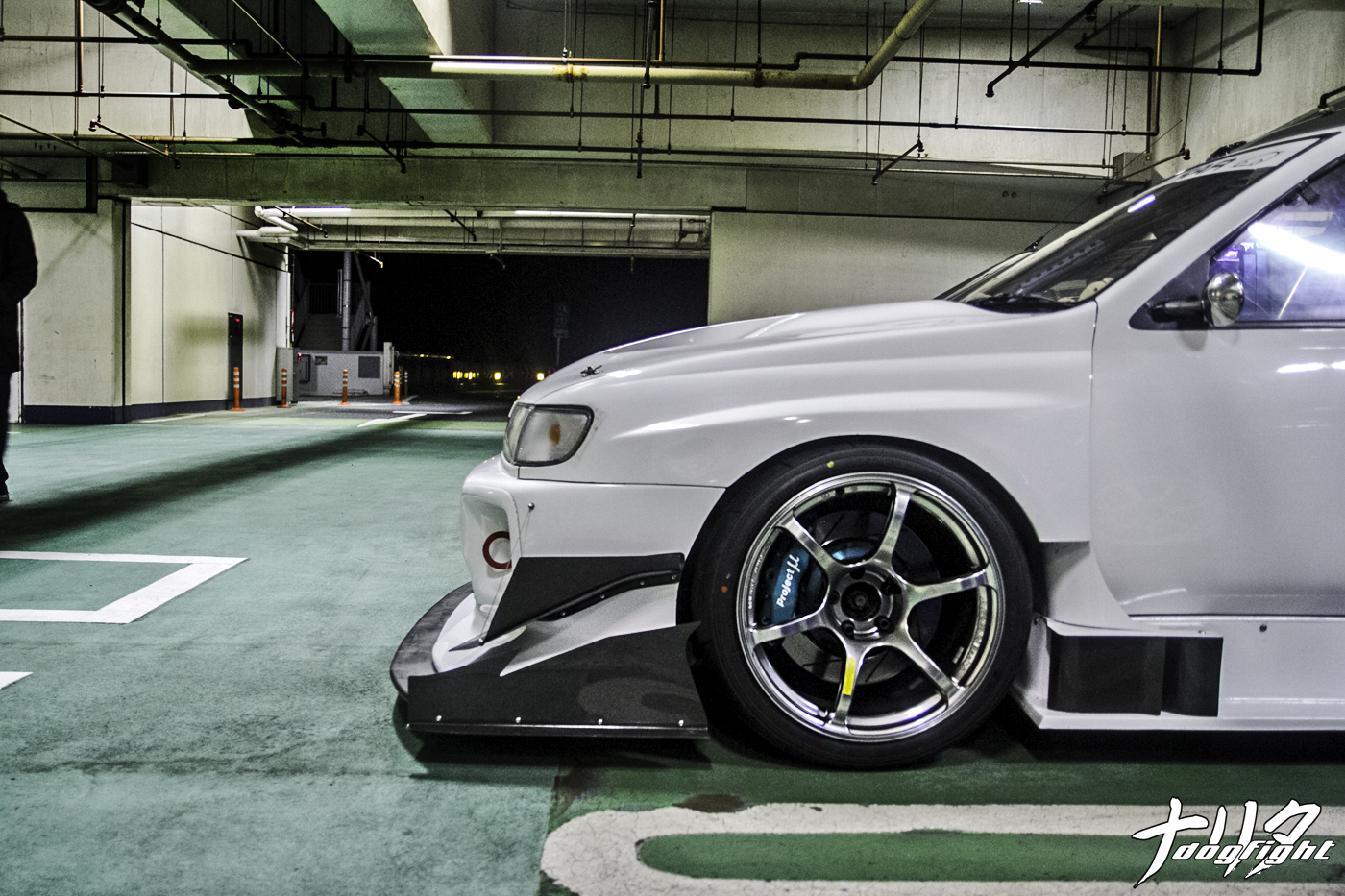 The new, polished Advan RGIIIs do a poor job of hiding the Project Mu brake kit up front.  The aero bits on this car are nothing short of amazing…truly a unique build.  What makes the whole package more than amazing is that he drove it to a parking area.

I posted a picture on Instagram earlier today (@naritadogfight) and it seemed like people were interested so I went and scrounged up some old photos of it from last Winter.