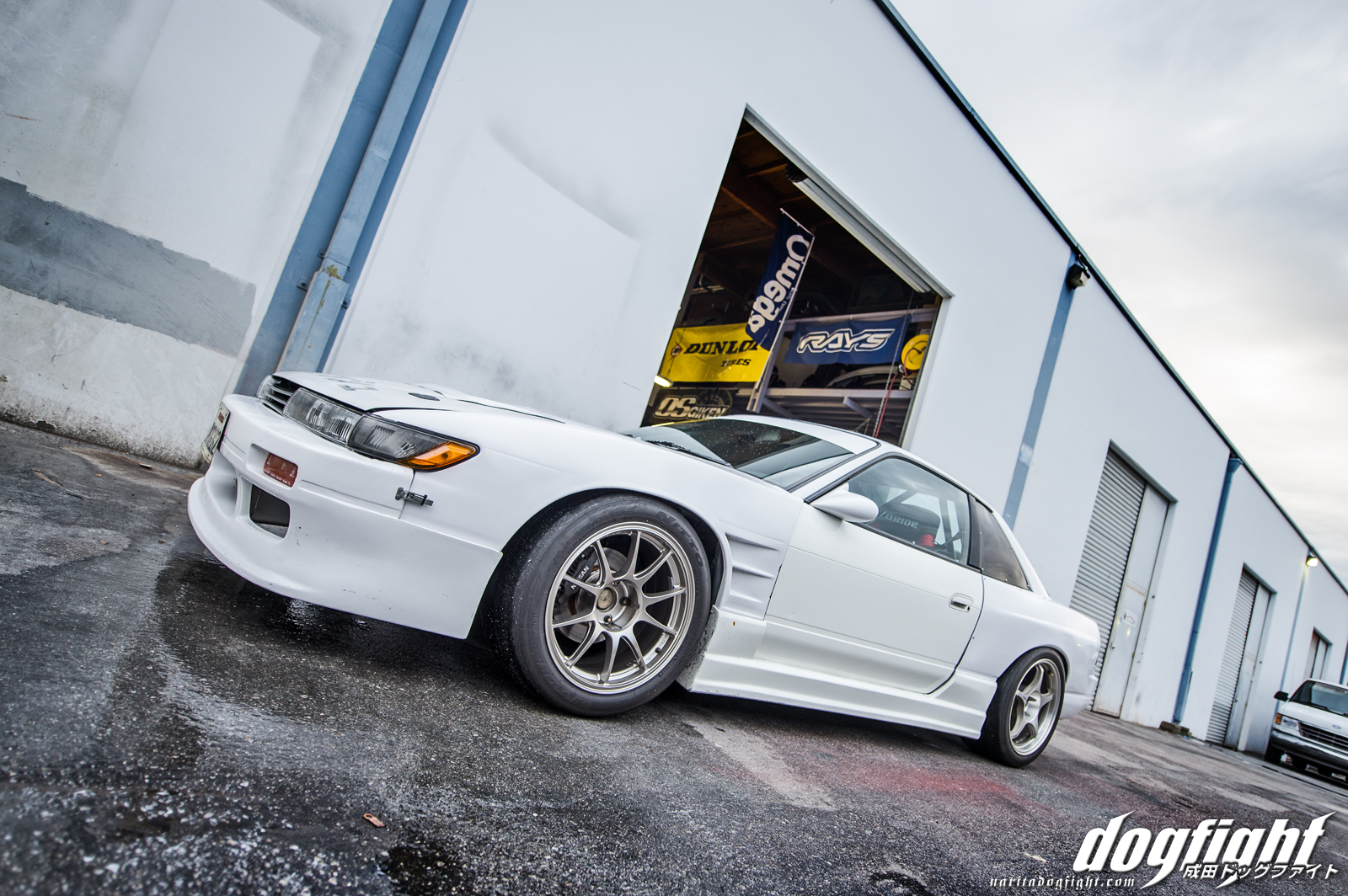 The sudden change in Southern California’s weather this weekend caused quite the stir.  Above all though, it allowed me to find out that my race car leaks like a bullet wound in the rain.  Packed up and ready to hit Willow Springs for the Twilight VTEC Club event, I had little idea that both my car would slowly turn into a water reservoir on the drive there, and that the track was going to be closed due to flash floods.  Even right after leaving the shop their was a profuse amount of water leaking in through the door, from the rear window, and from the floorboard (low key plug, all the Dogfight LCP parts did not leak). 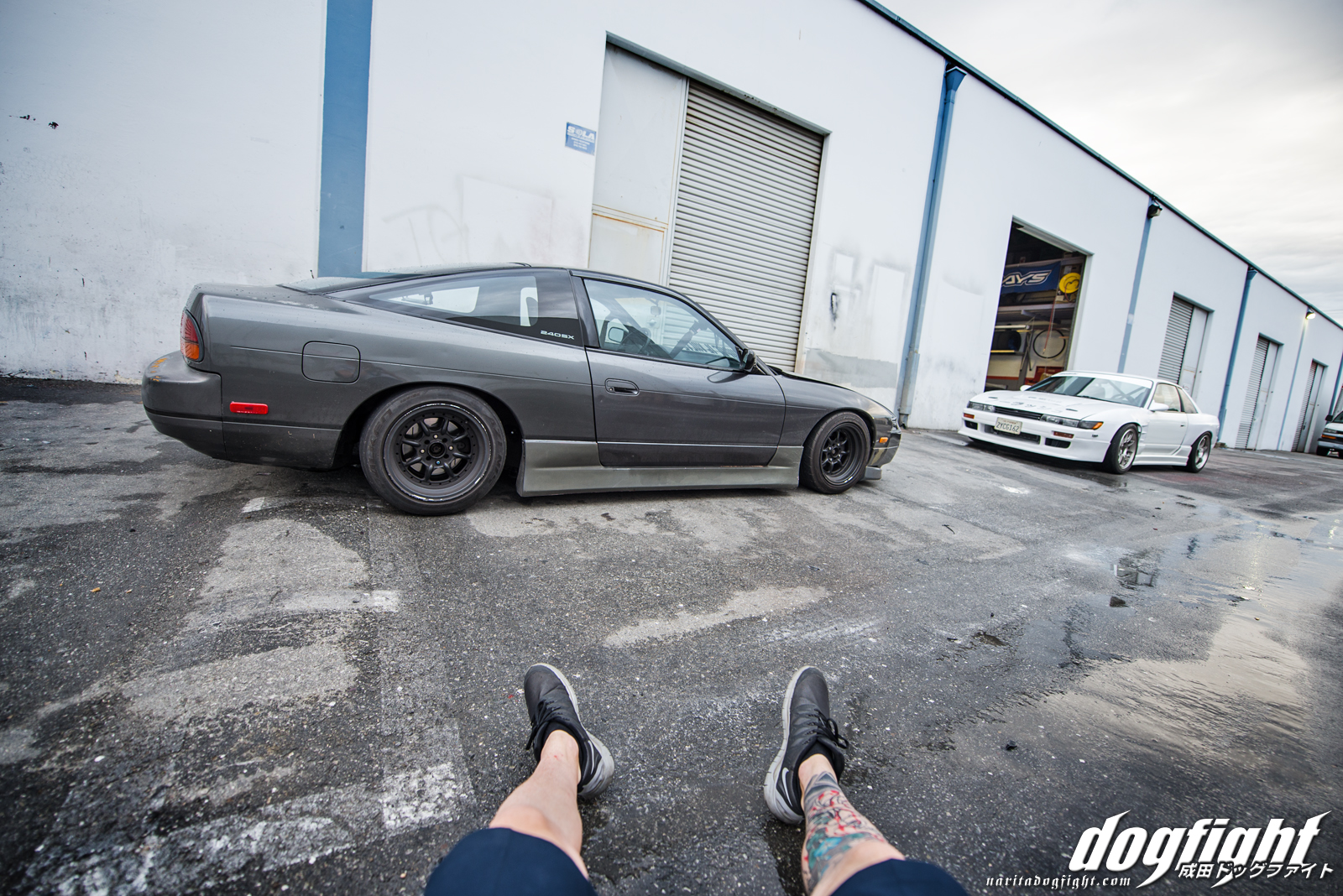 So I reluctantly headed back where Jay and I met up with Justin and Dom to get 85.  When we got back I played around a bit with the 14-24 I had rented to do some work for Fontana Nissan the previous morning.  The extra day also gave me a chance to start mocking up my front splitter.  When life gives you lemons, make carbon aero right? Or something like that… 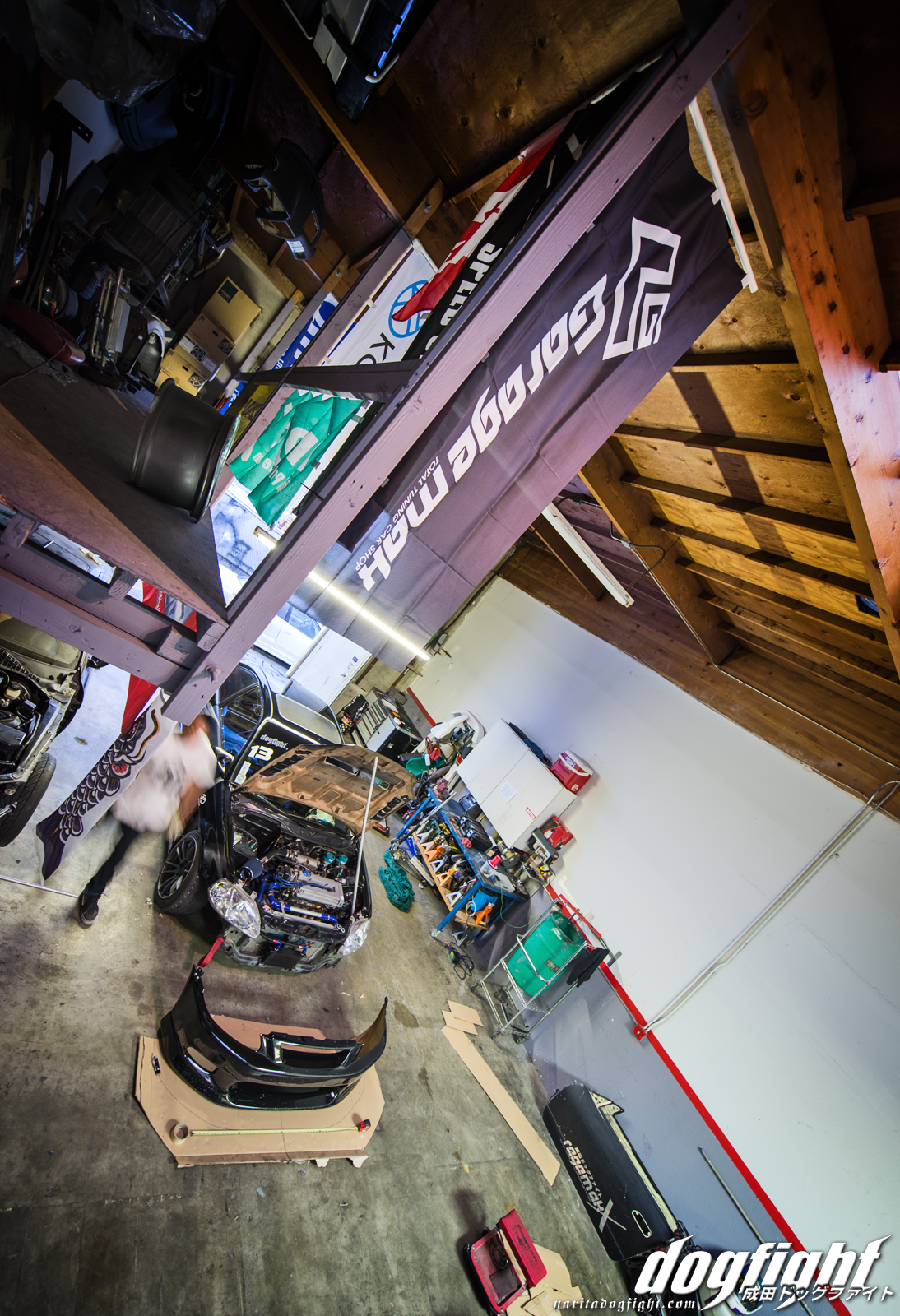 Birds eye of the front of the shop. 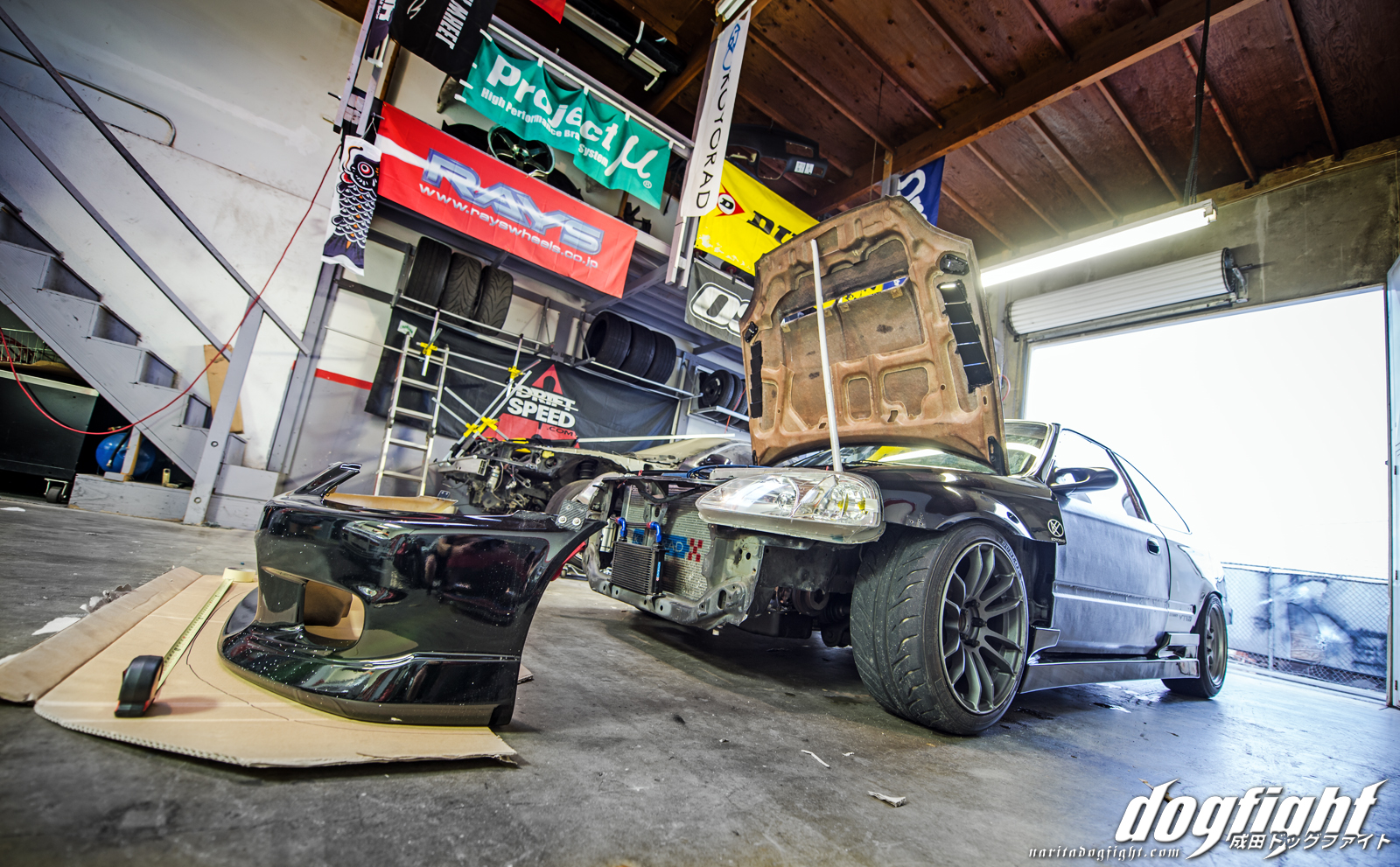 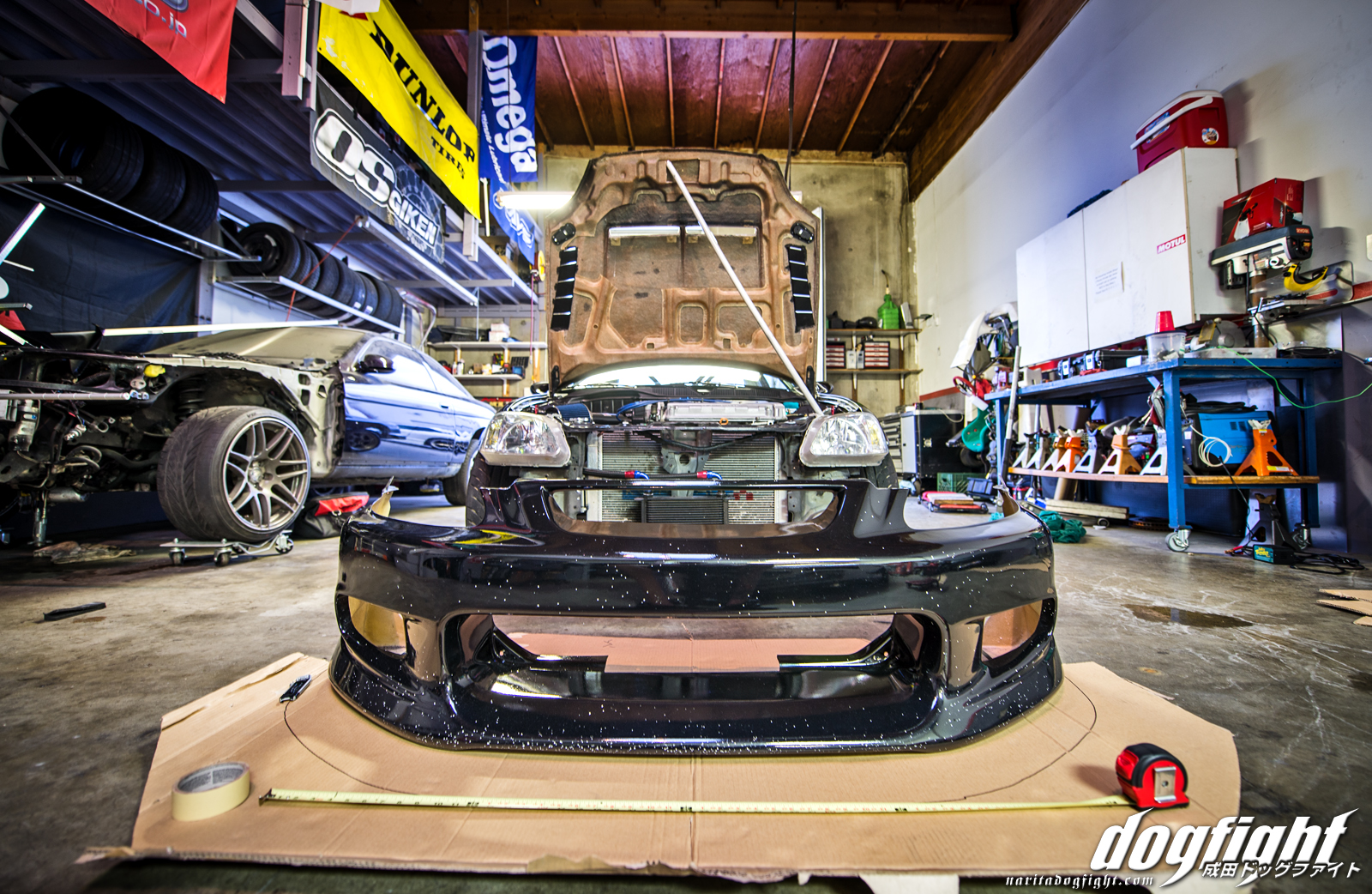 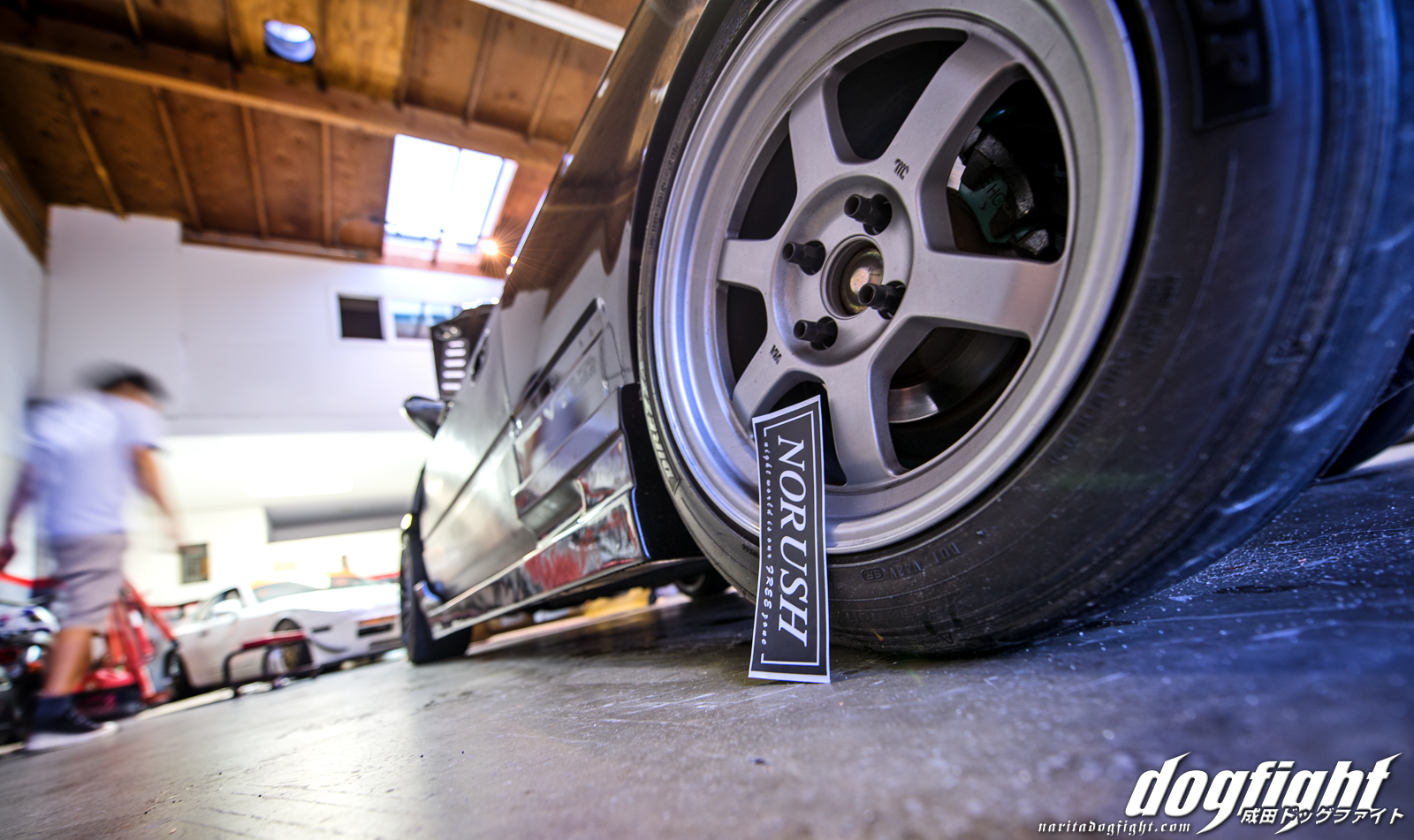 Jay recently got his 240 registered, and for the meantime, he rattle canned the mismatched panels all in white.  It didn’t turn out that bad for spray paint. 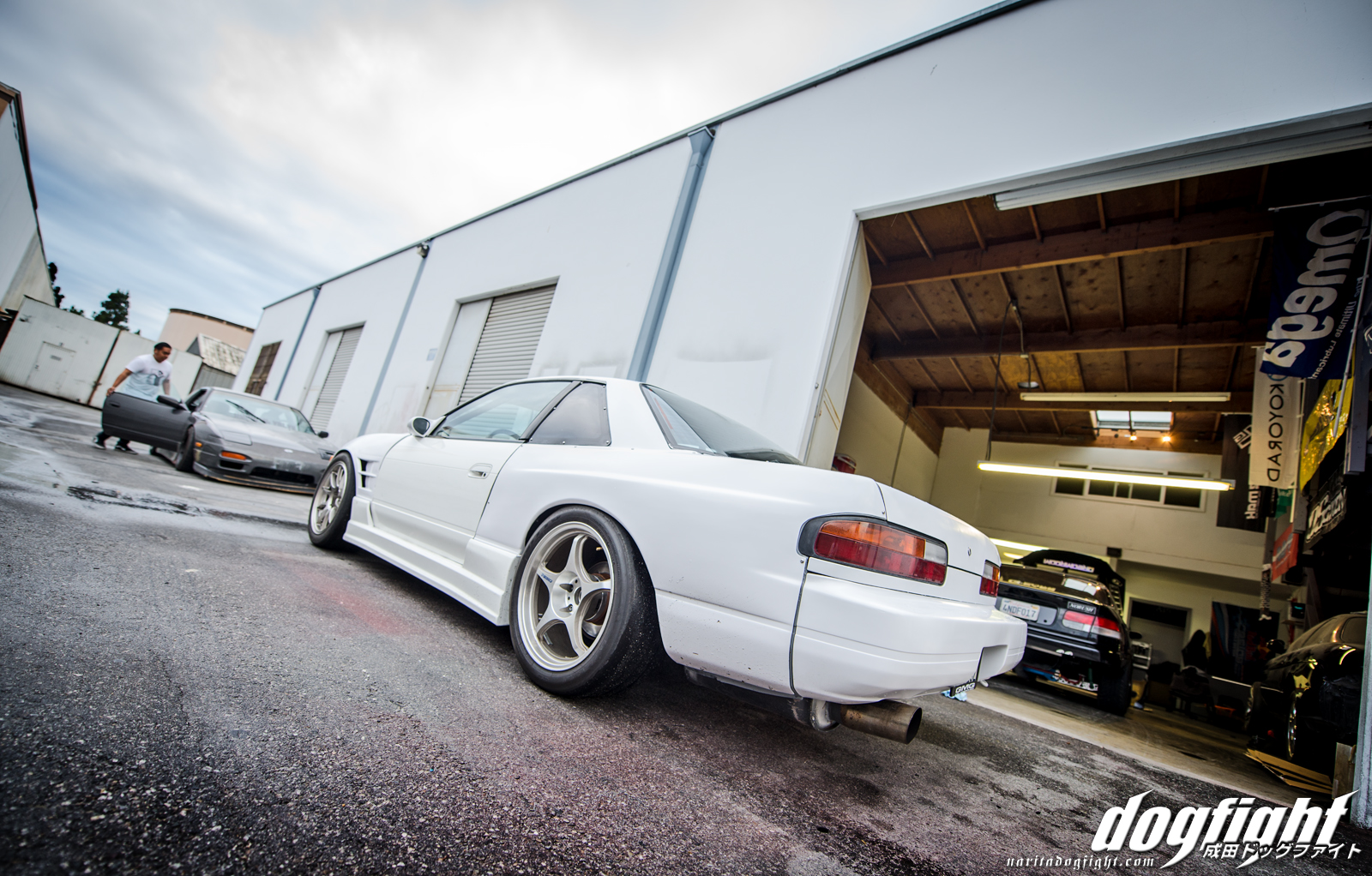 Later that night a few of us ended up going to Costa Mesa in the cars to grab dinner and partake in a bit of spirited driving.  Very reminiscent of the beginnings.

I’m headed to Japan this week for a few things, but will be back soon.  When I get back I hope to have an update on the Sabelt pre-order.  A lot of the gloves are still on their way over from Sabelt Italy, so the shipping will most likely be delayed.  I’ll do my best to get an ETA to everyone who placed an order.