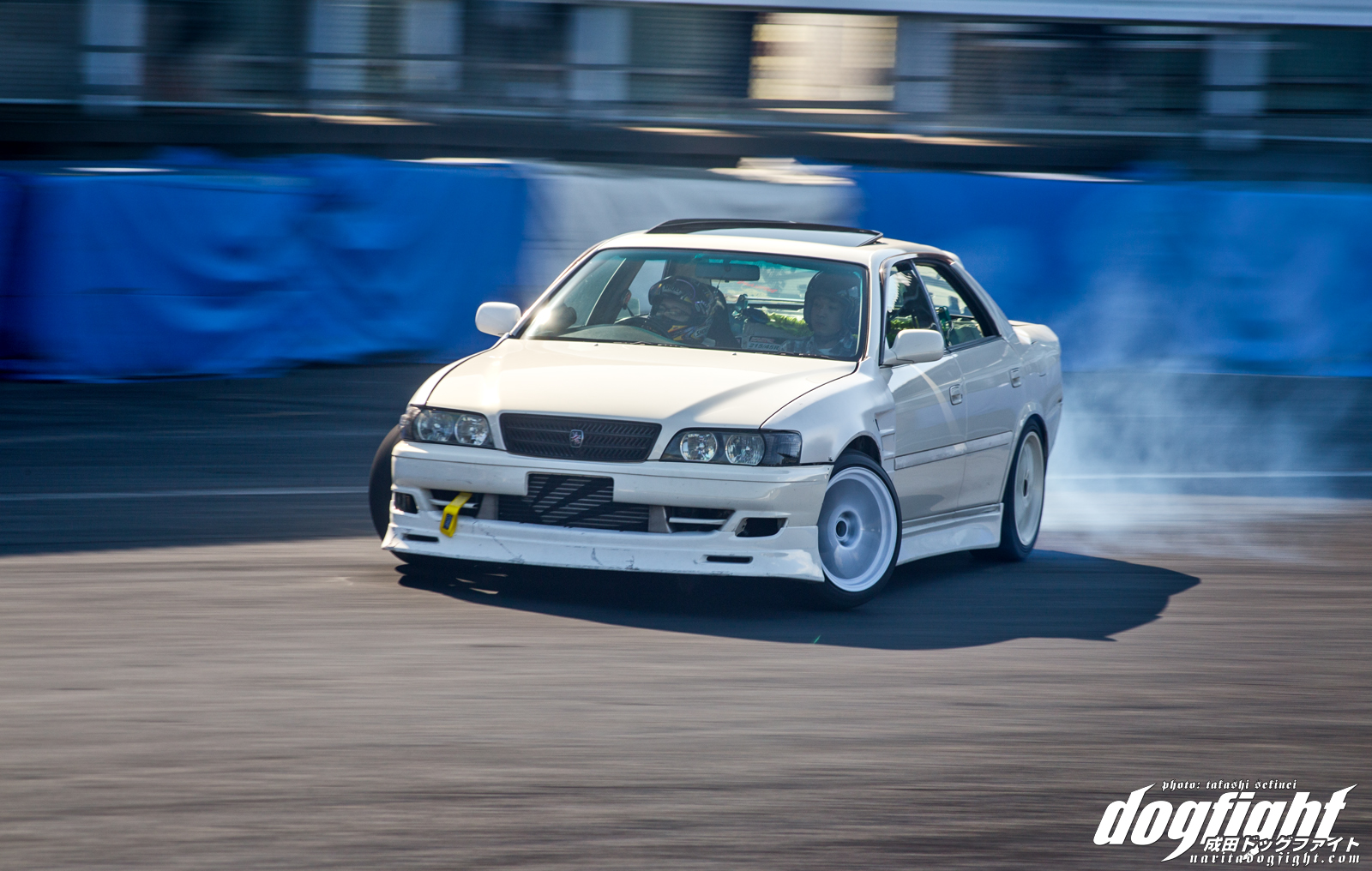 The flip side of all this is, naturally, what’s going on now.  The grassroots drift scene in Japan is as alive as it ever was and events like BariDoriTen do a great job of catering to both generations.  It’s true that nowadays many of the younger people jump straight into car ownership, they still have a working knowledge of their predecessors.  There’s no discrimination between age here, which makes for an event where some can relive their youth while others are experiencing it in the present. 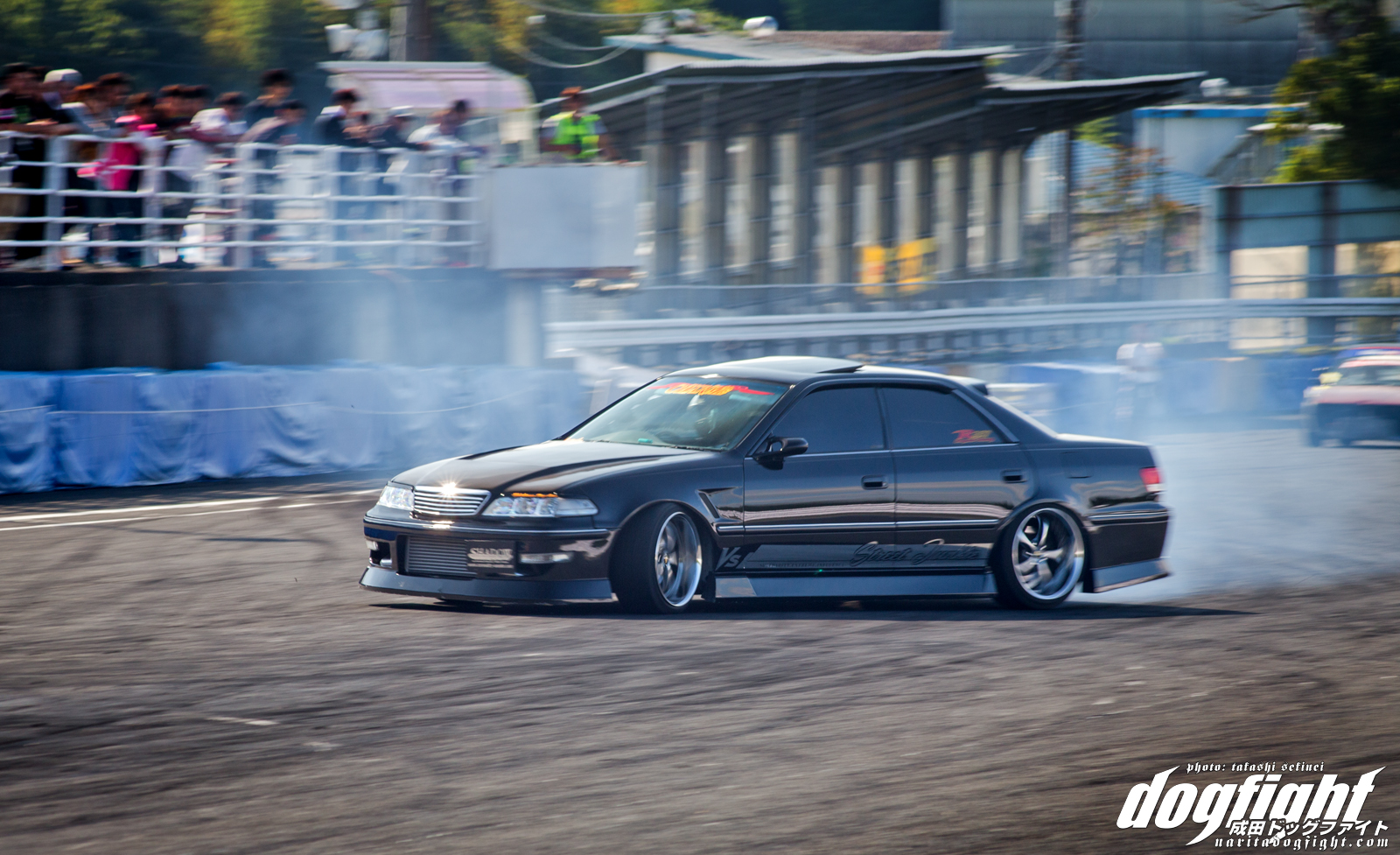 It’s not really just about drifting either.  The organizers get everyone involved in ‘traditional’ games like 車庫入れ大会 (Square Parking Competitions). 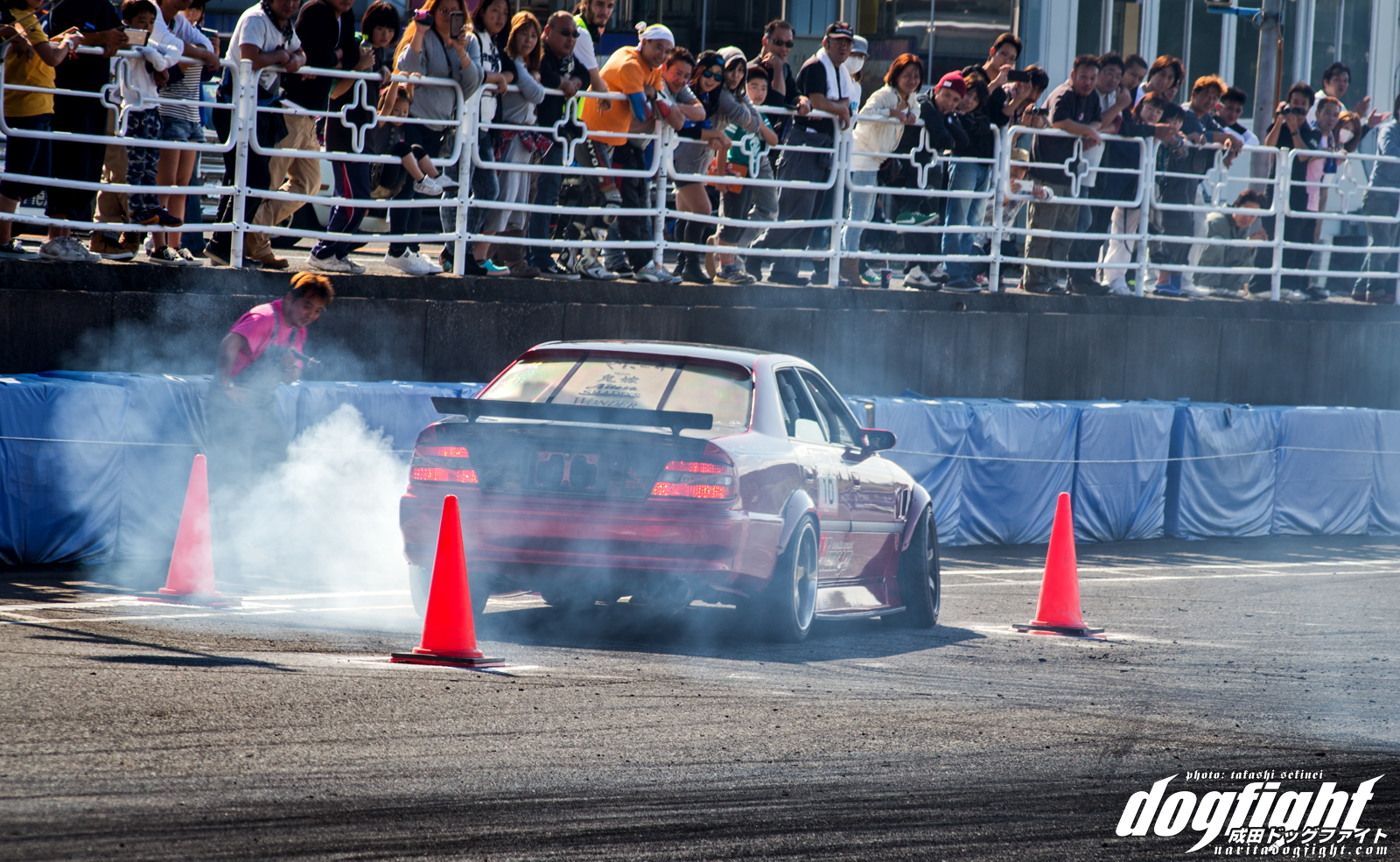 Some people were really good at timing the initiation and distance… 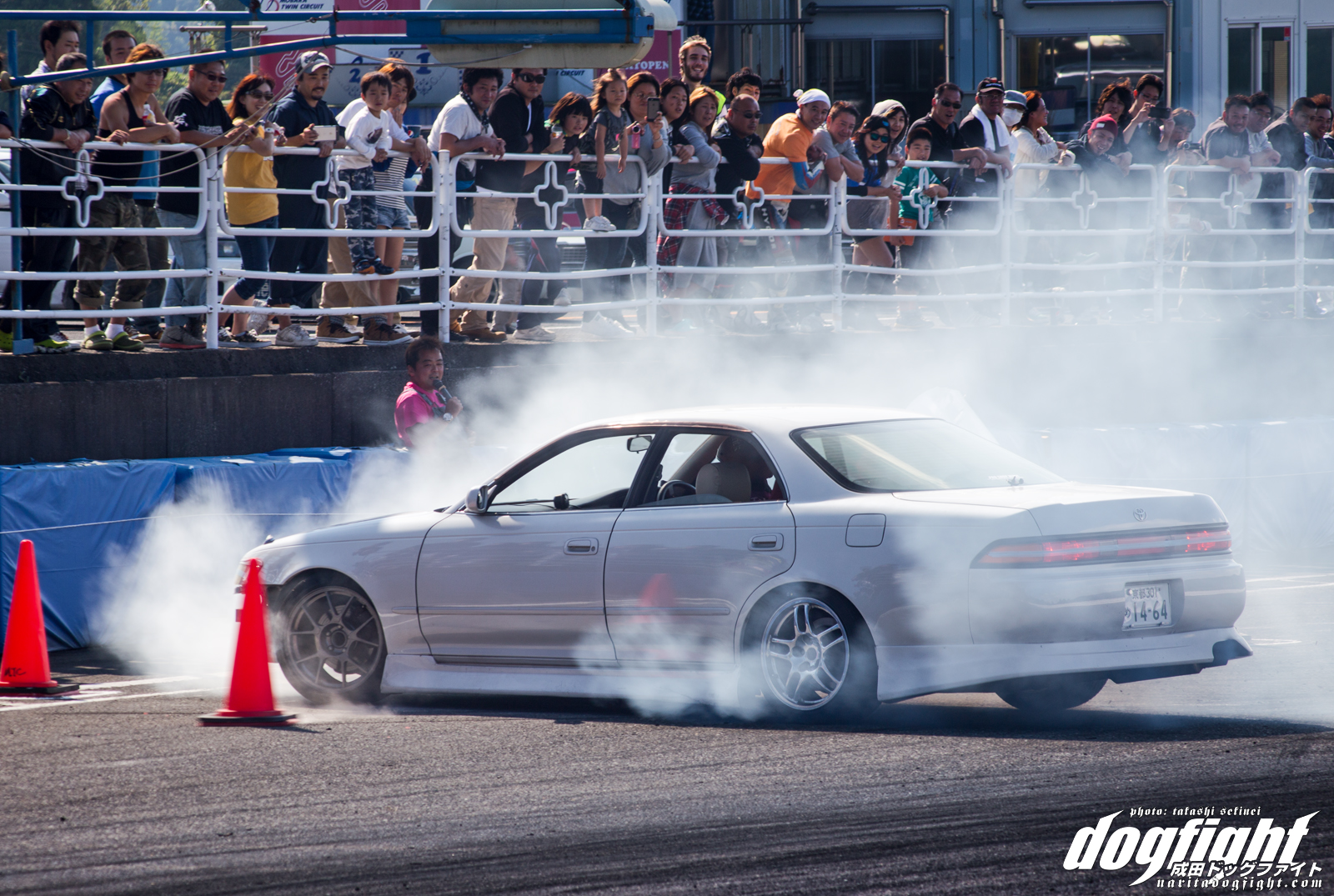 …others weren’t as hot.  Mr. Kuniaki of Kunny’z fame was on hand to judge the competition. 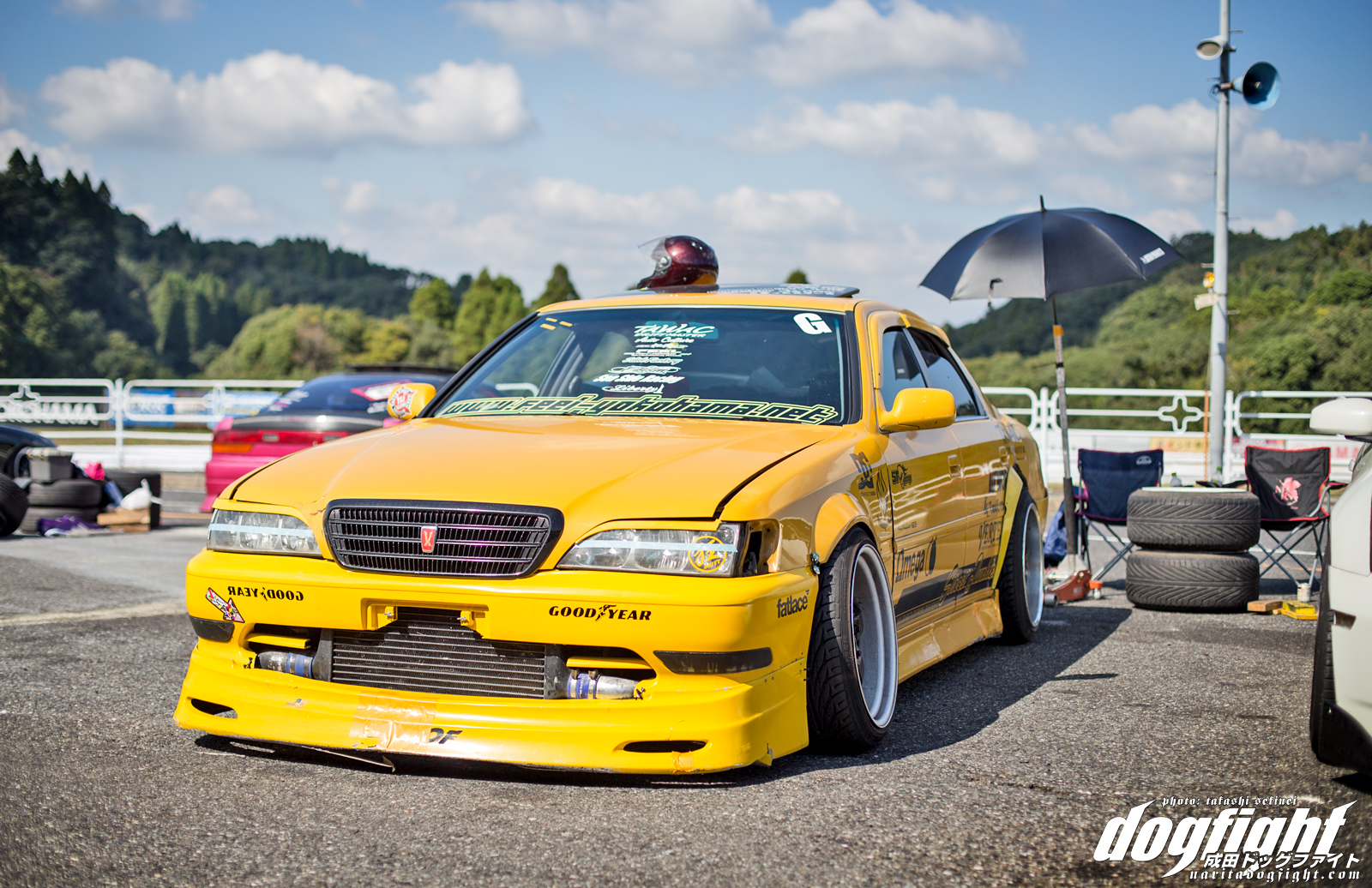 The variety in the pits was just what you’d expect from an event at Mobara.  Lot’s of big bodied sedans, mixed in with the occasional S-chassis or Skyline. 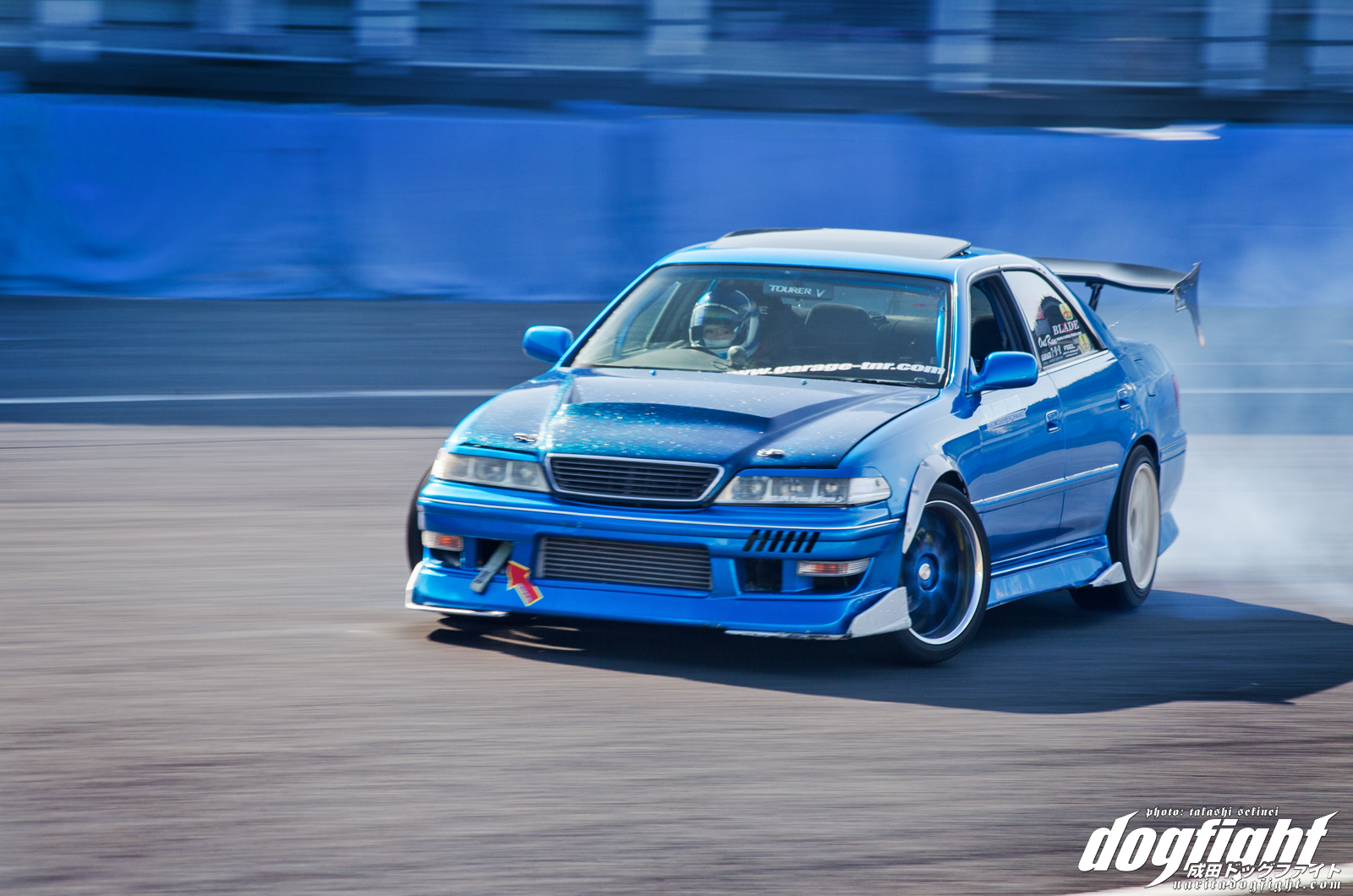 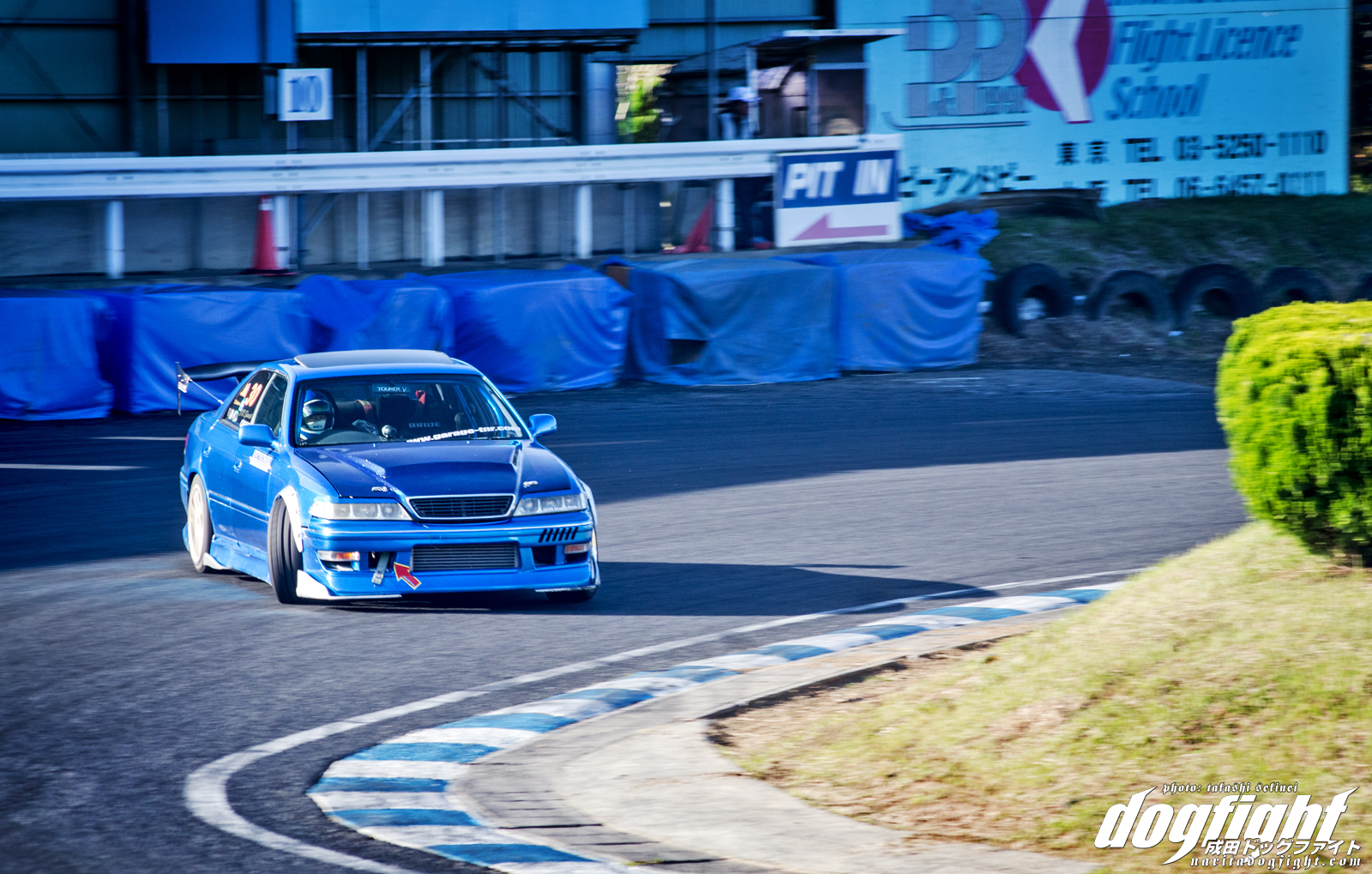 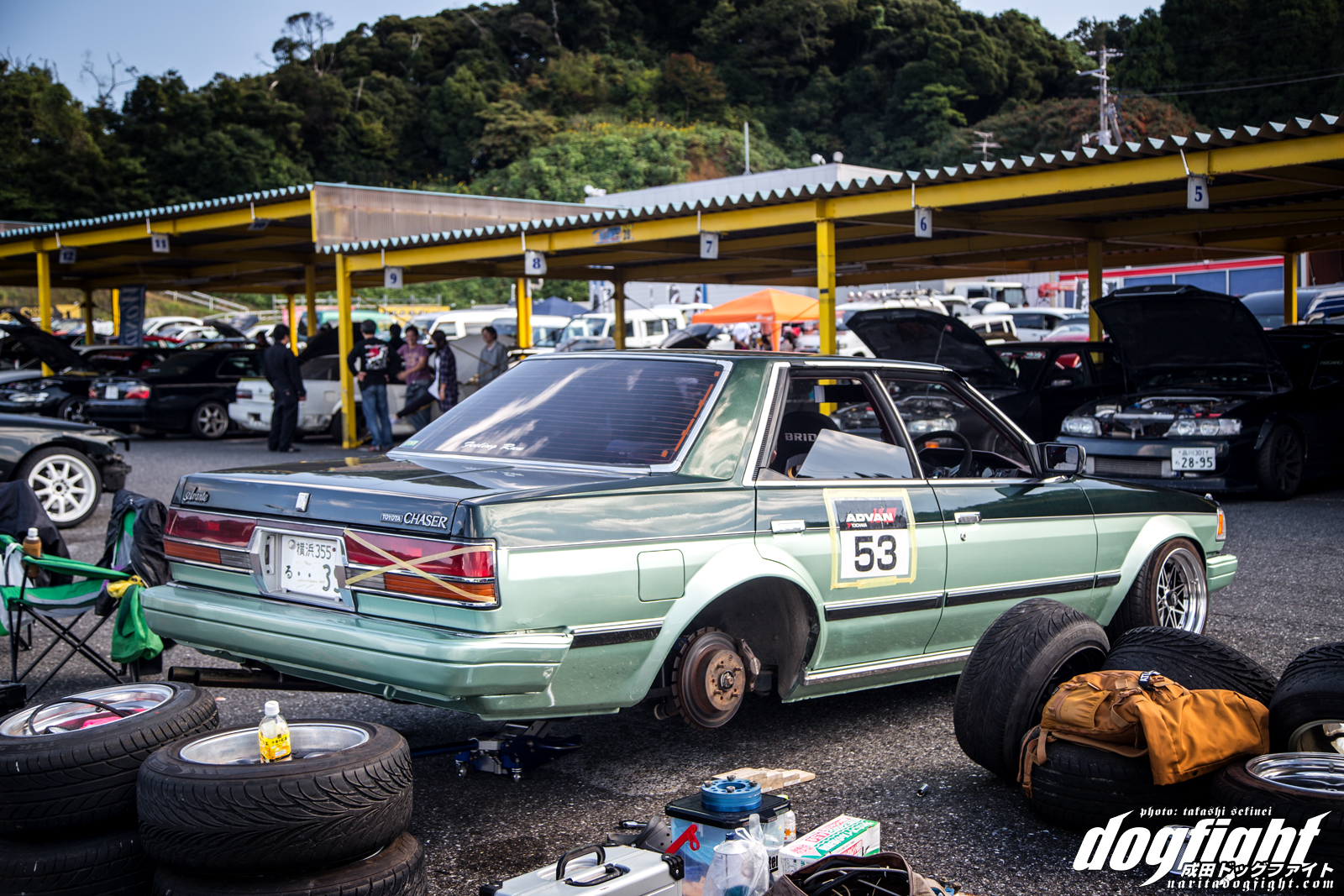 This older Chaser was spot on. 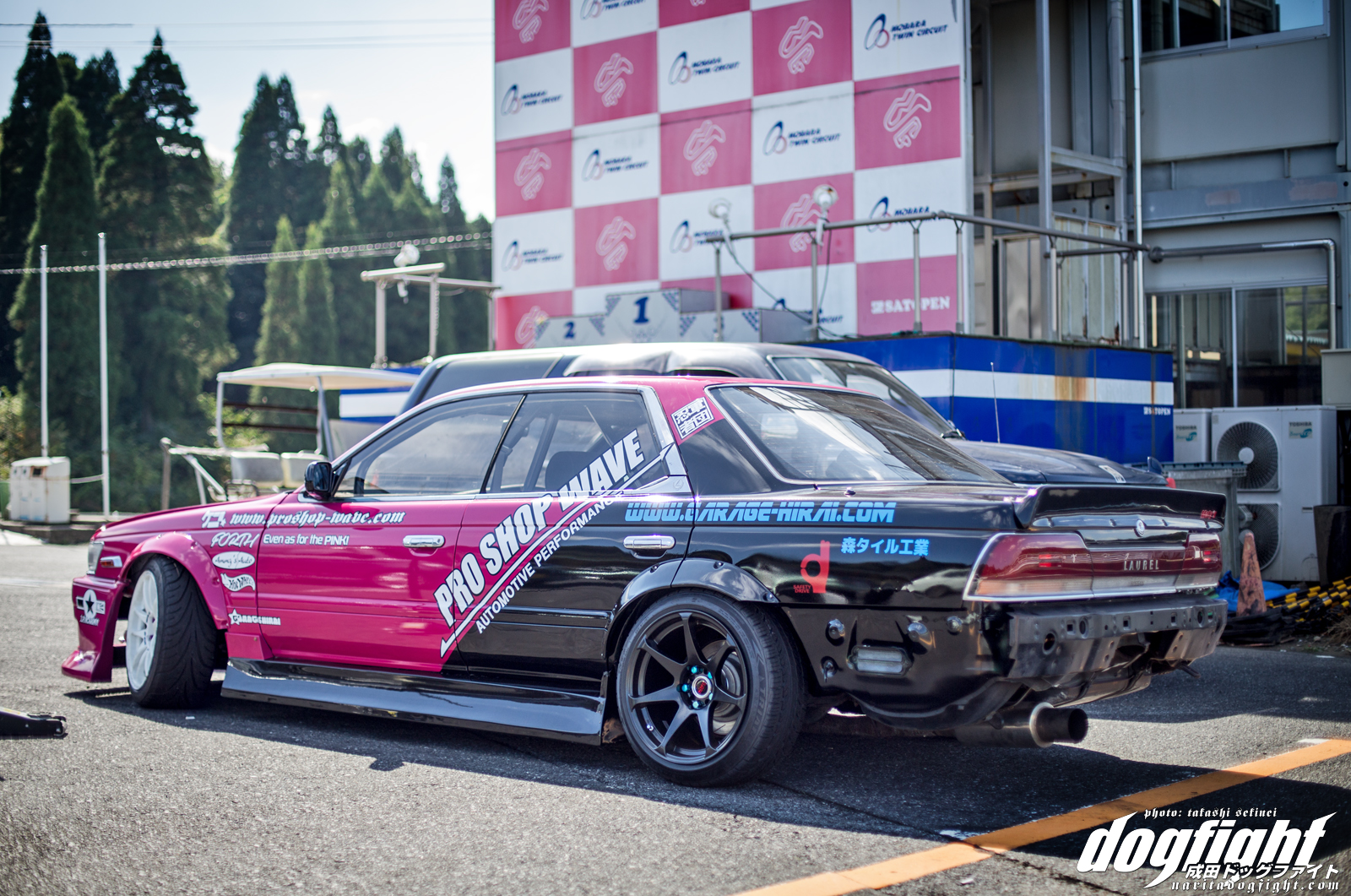 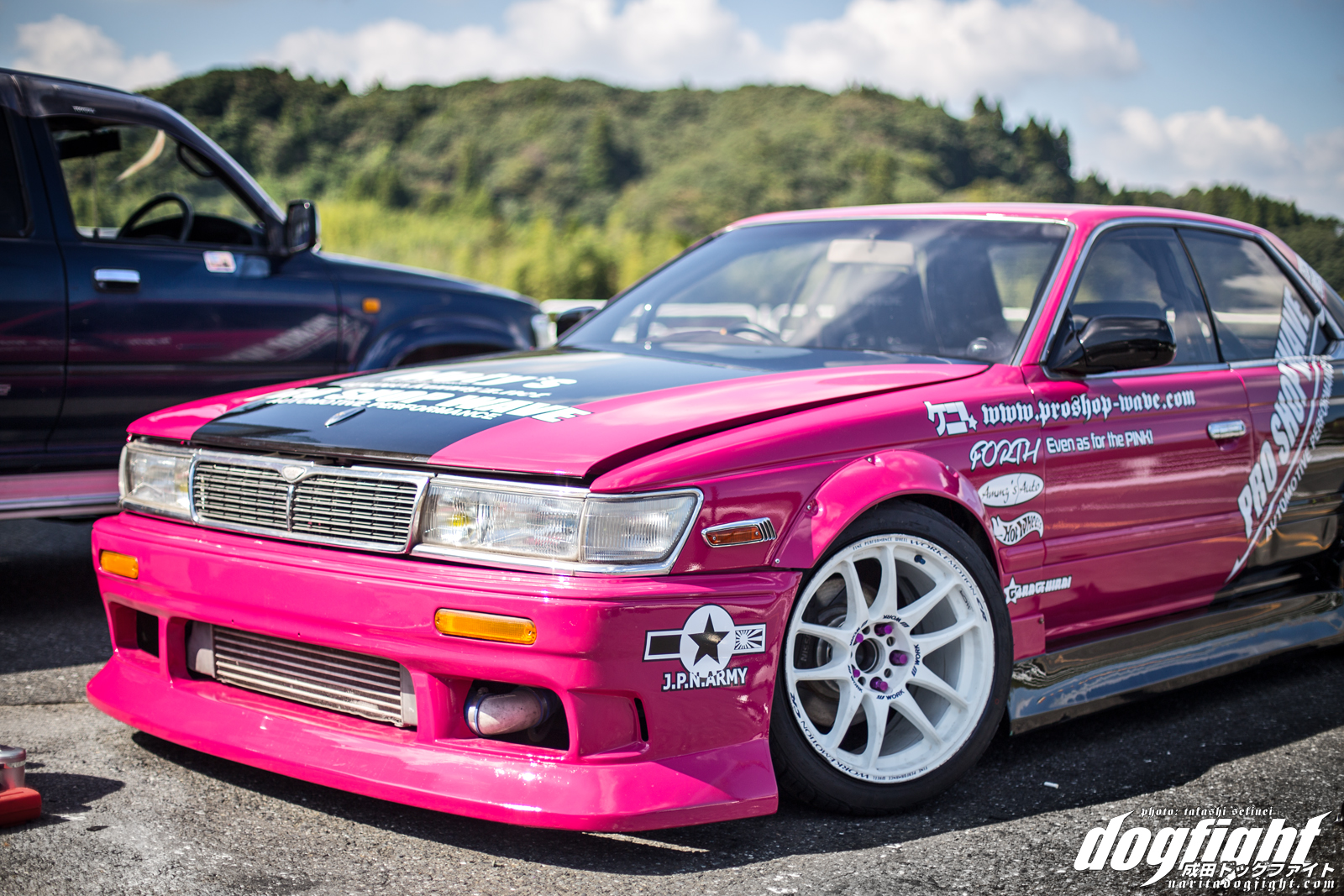 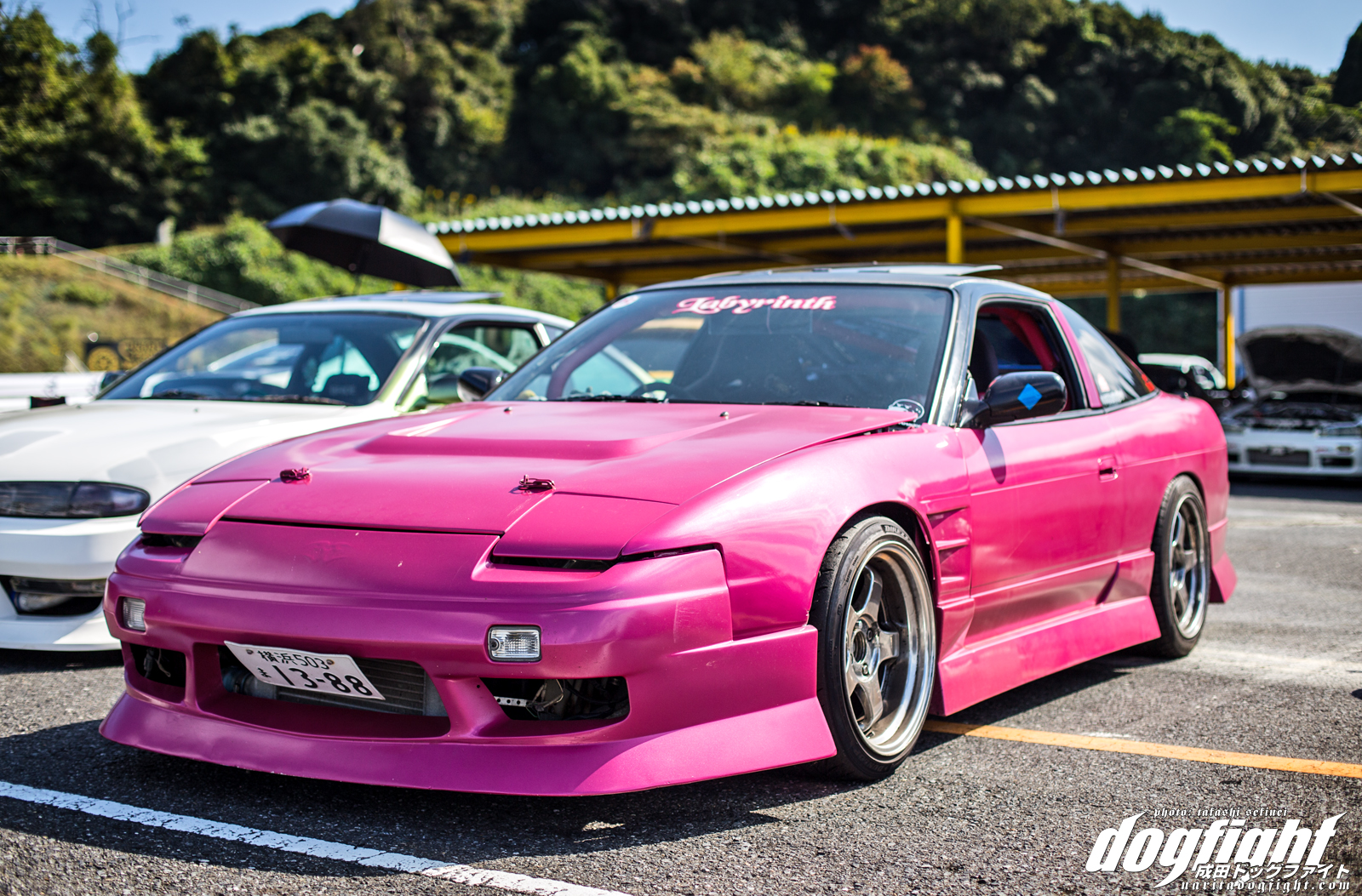 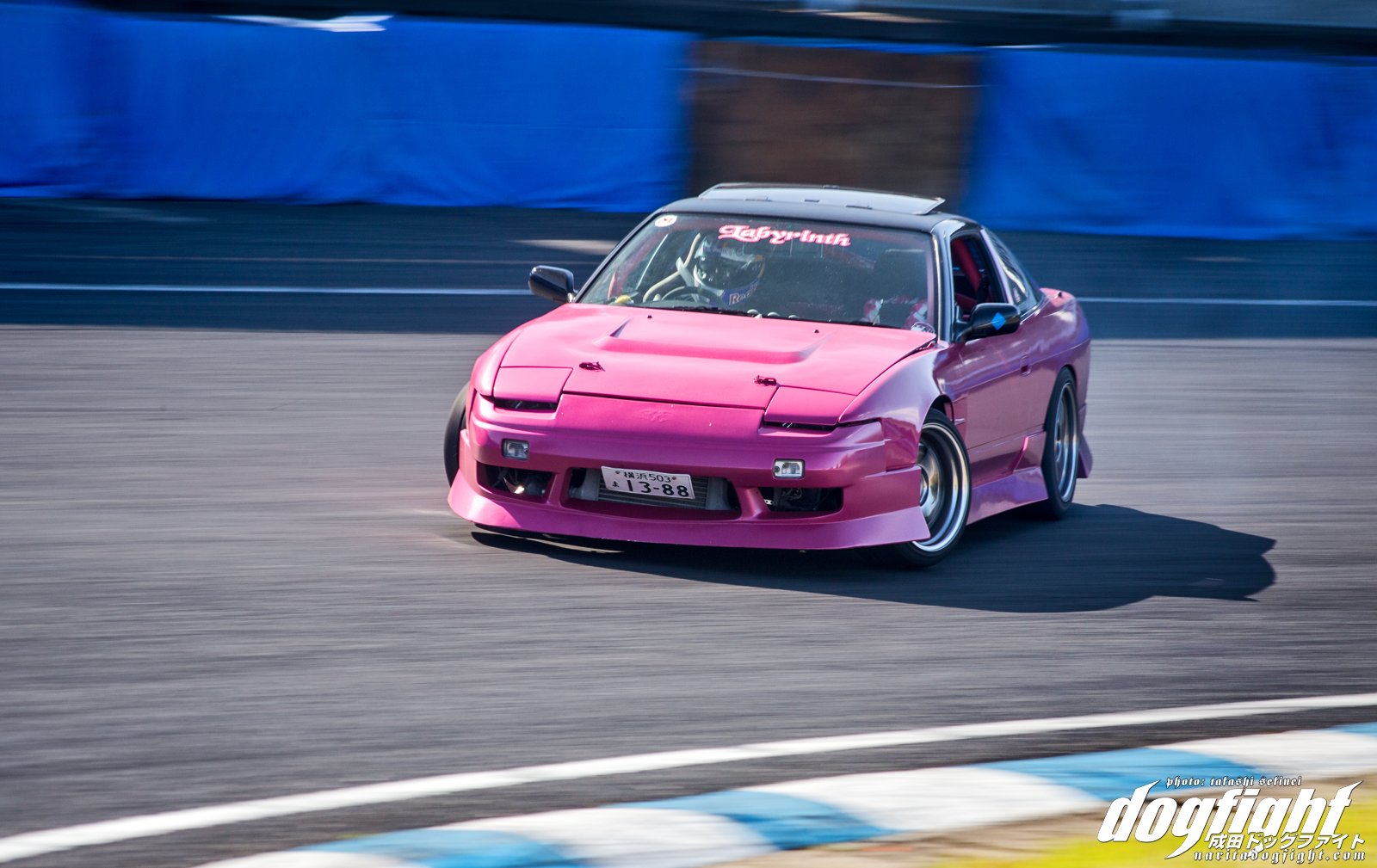 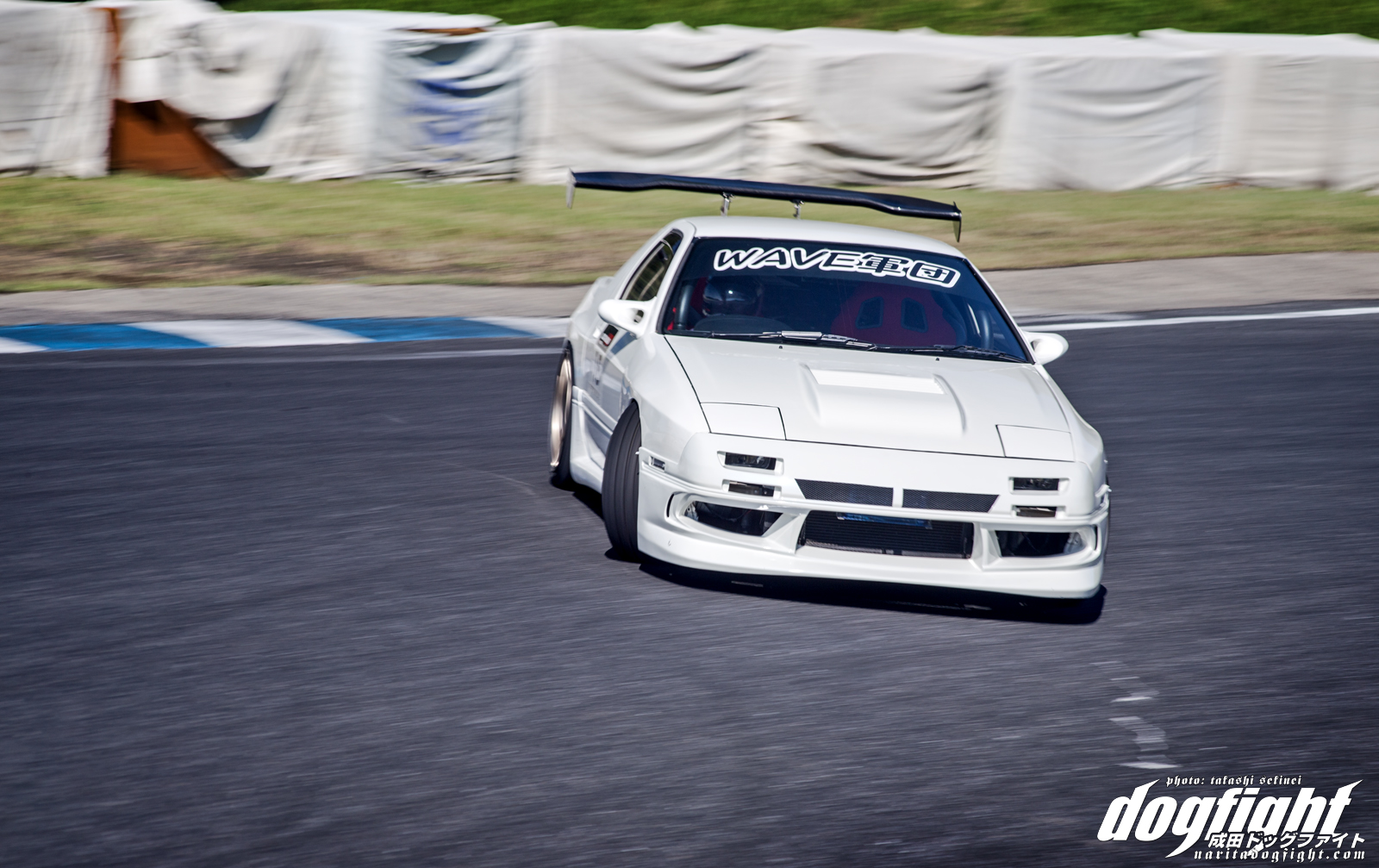 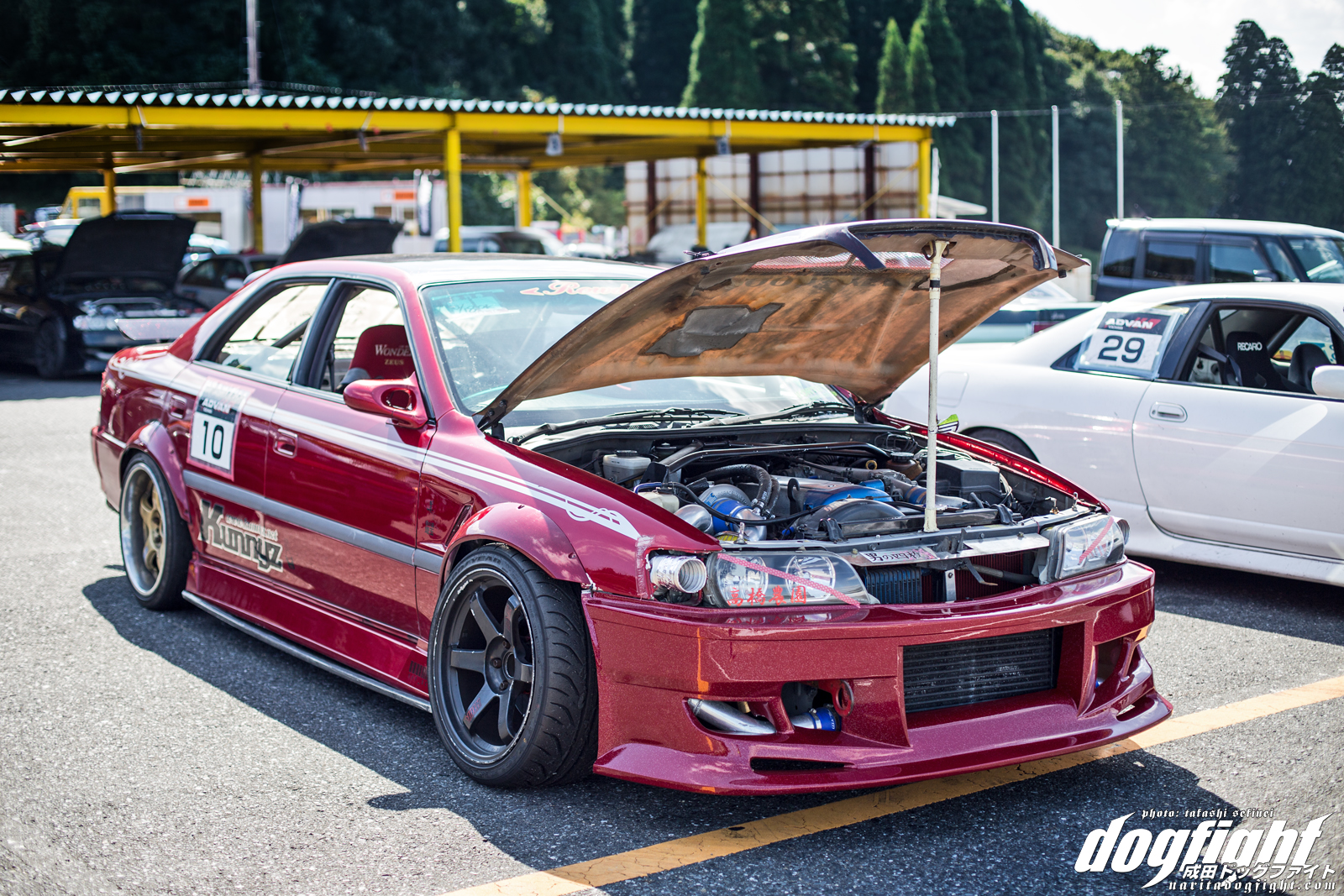 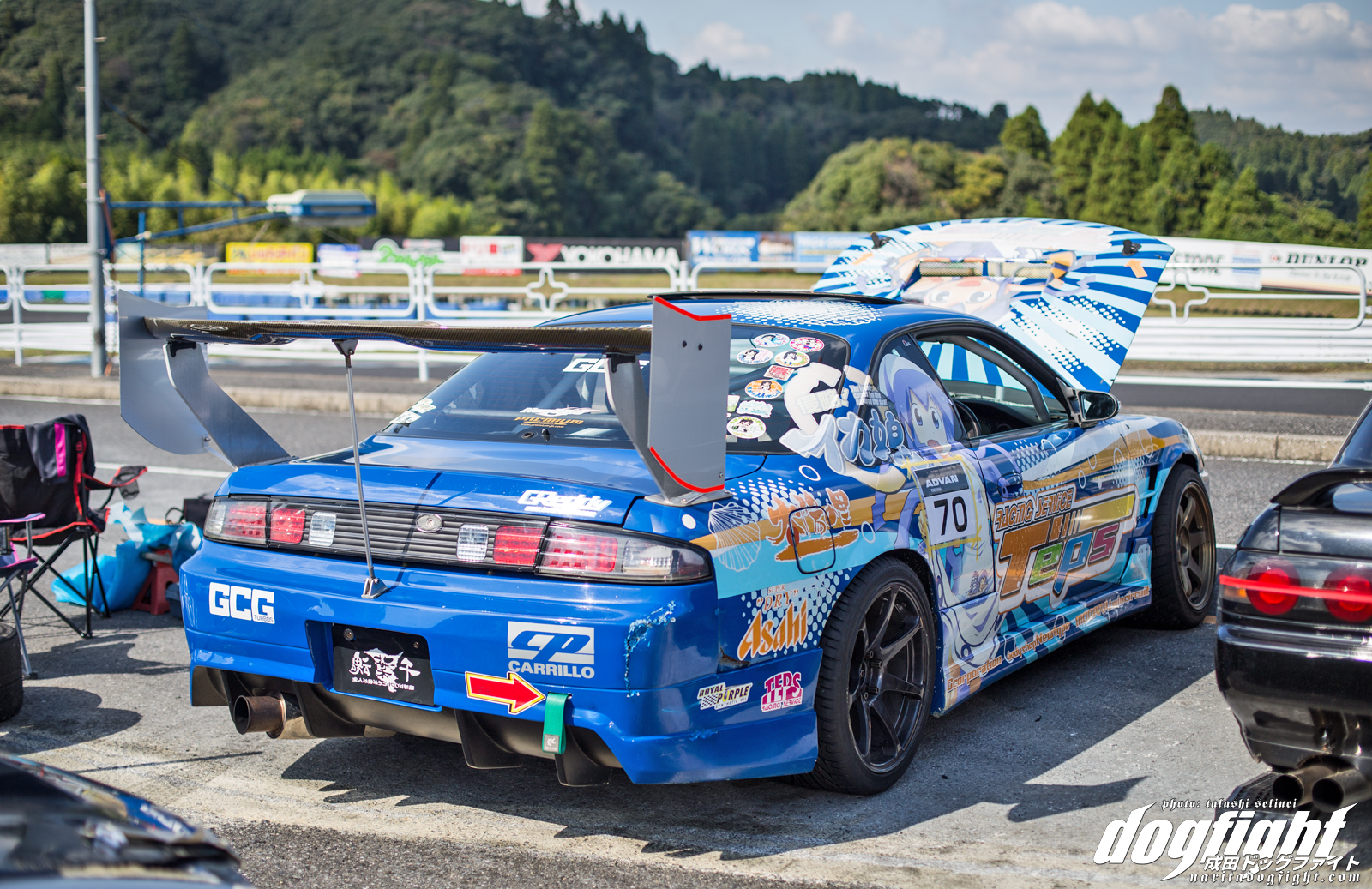 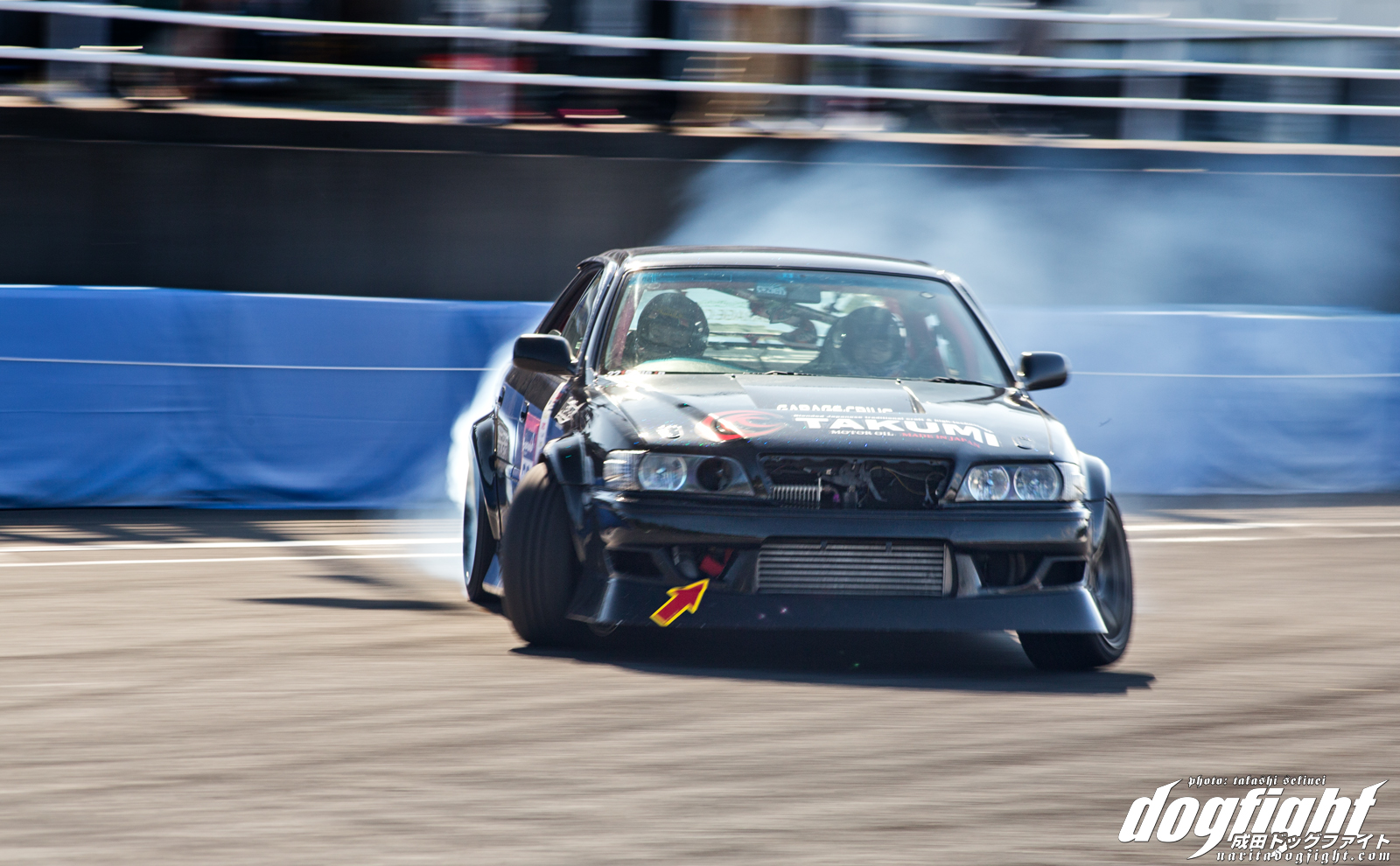 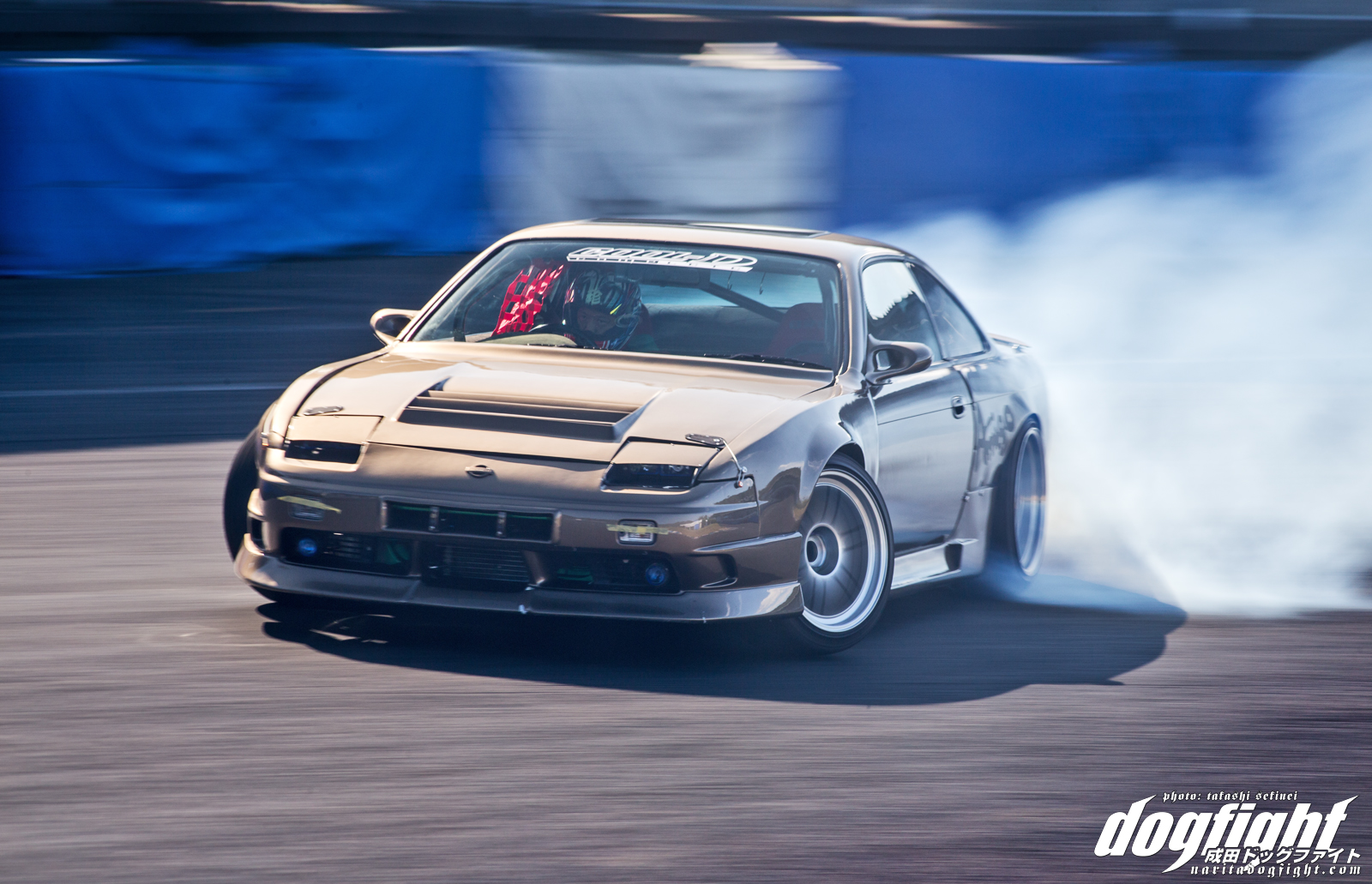 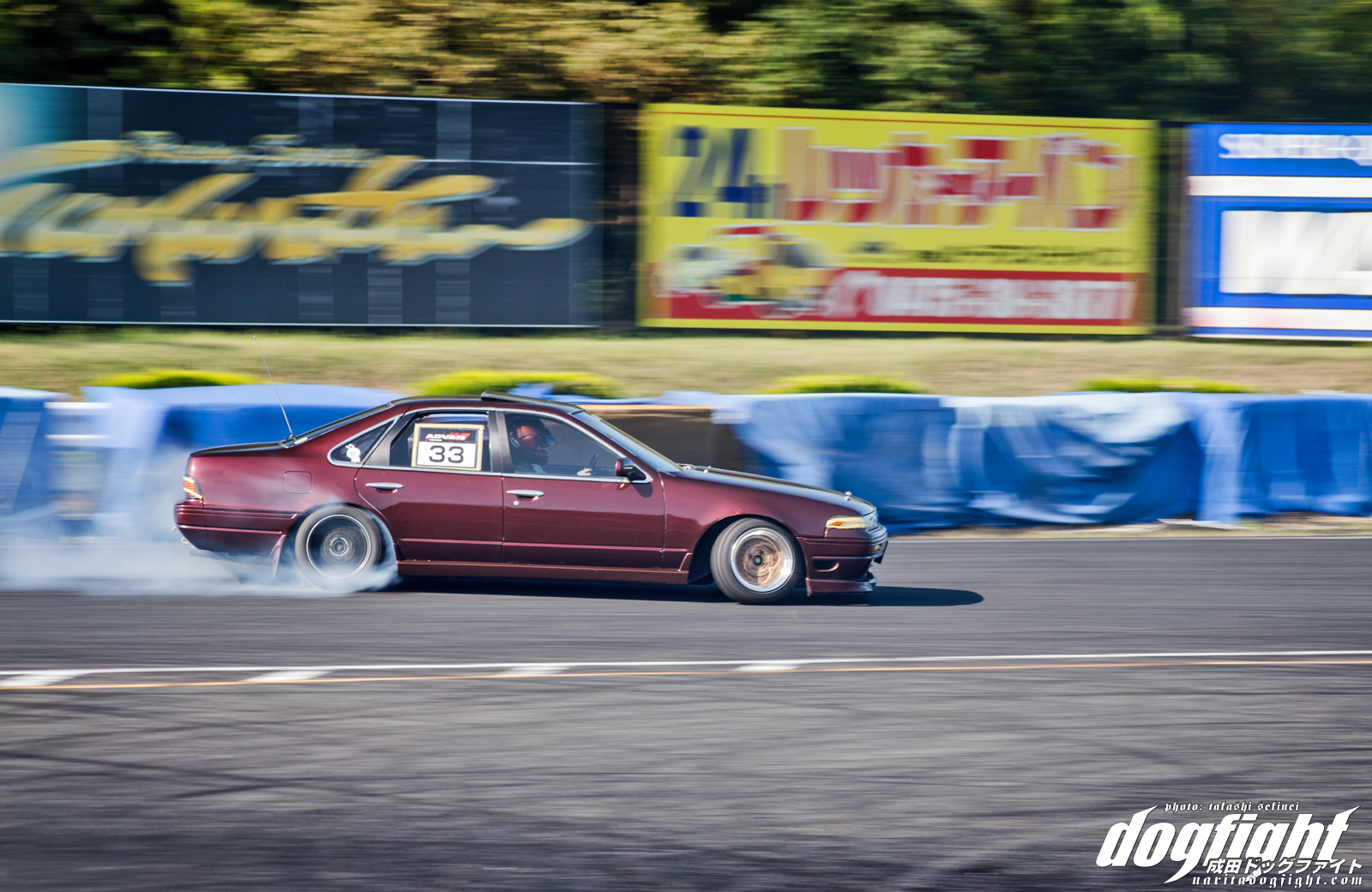 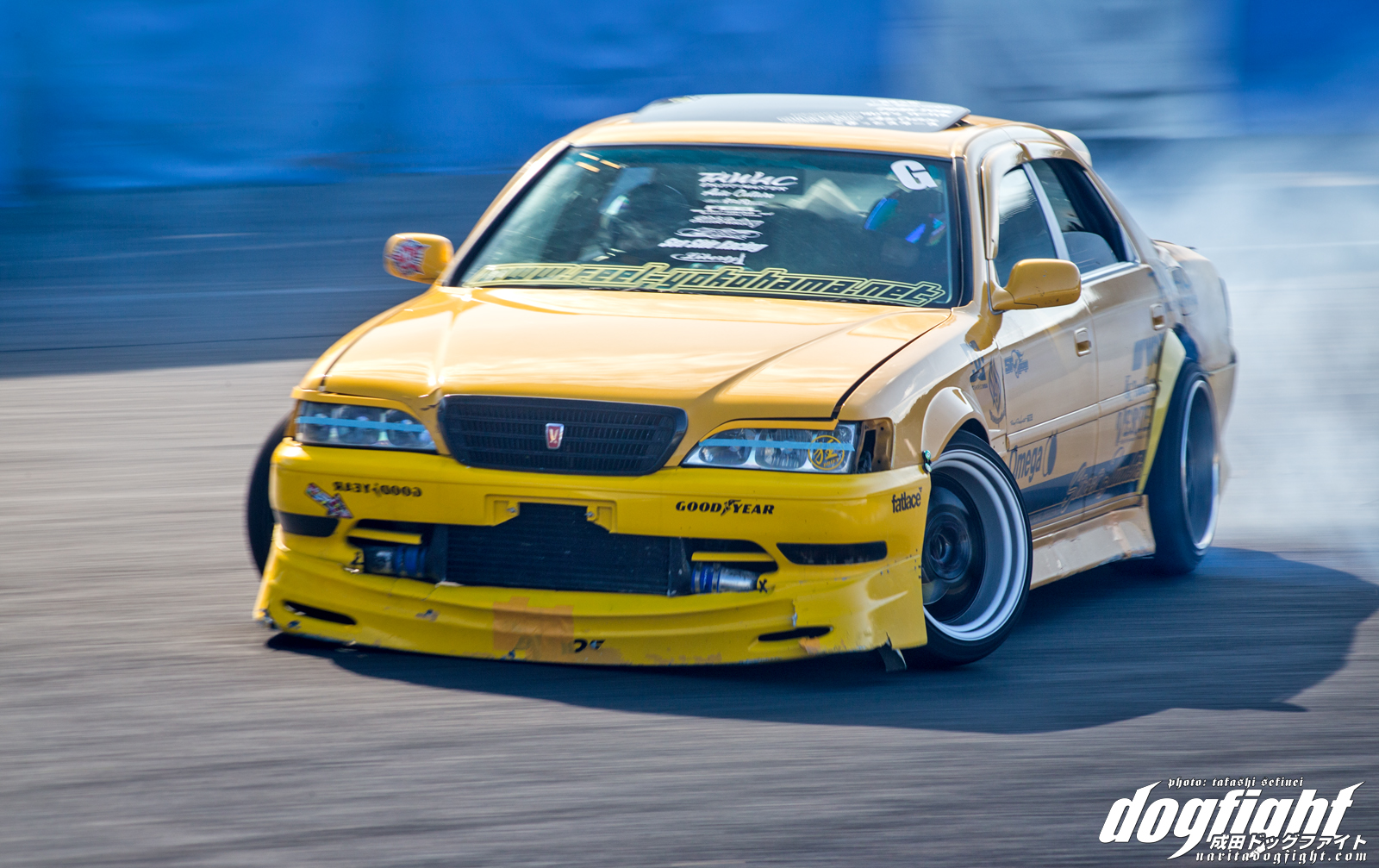 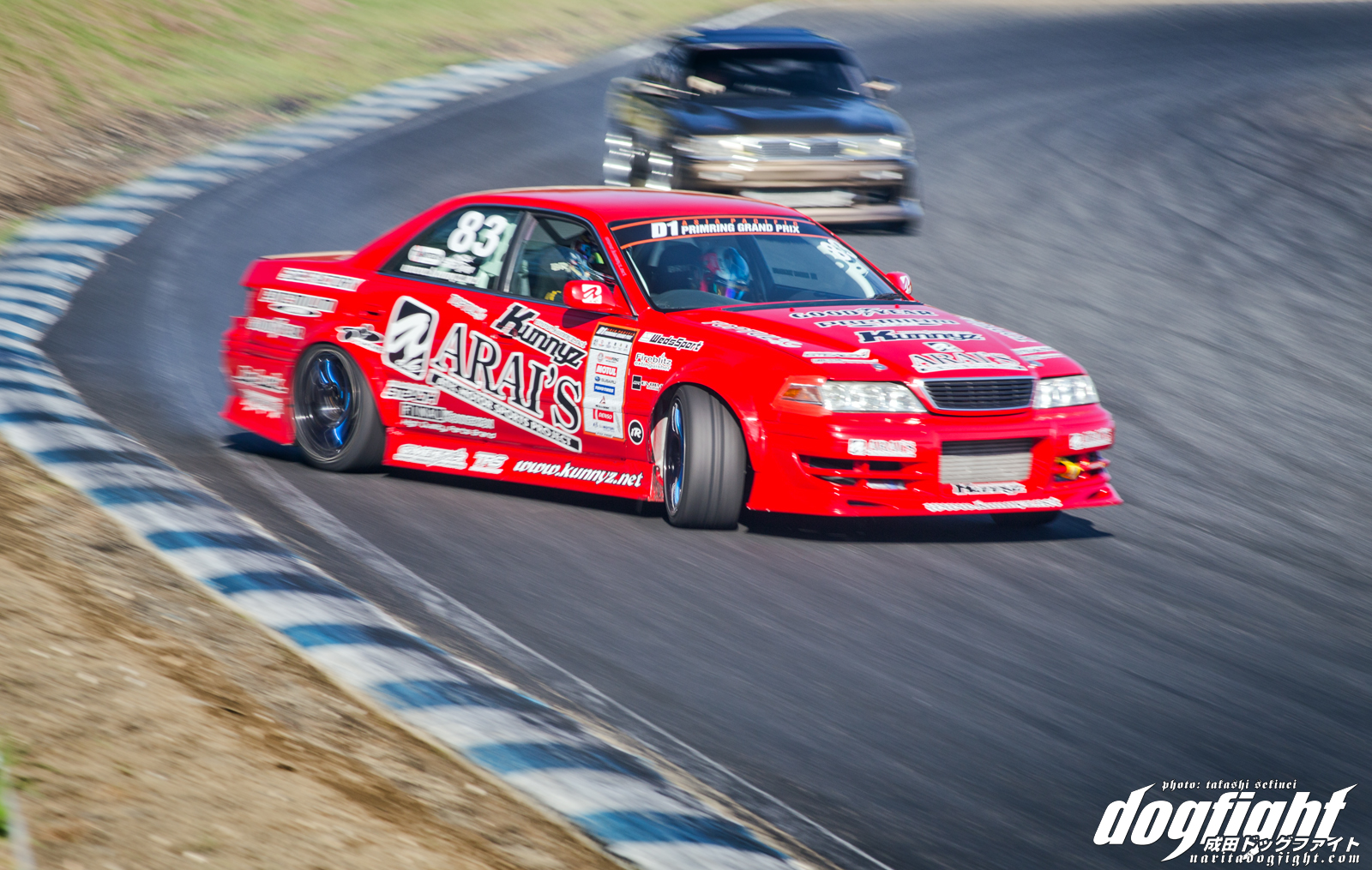 Even Kuniaki got in on the fun once the parking competition was over. 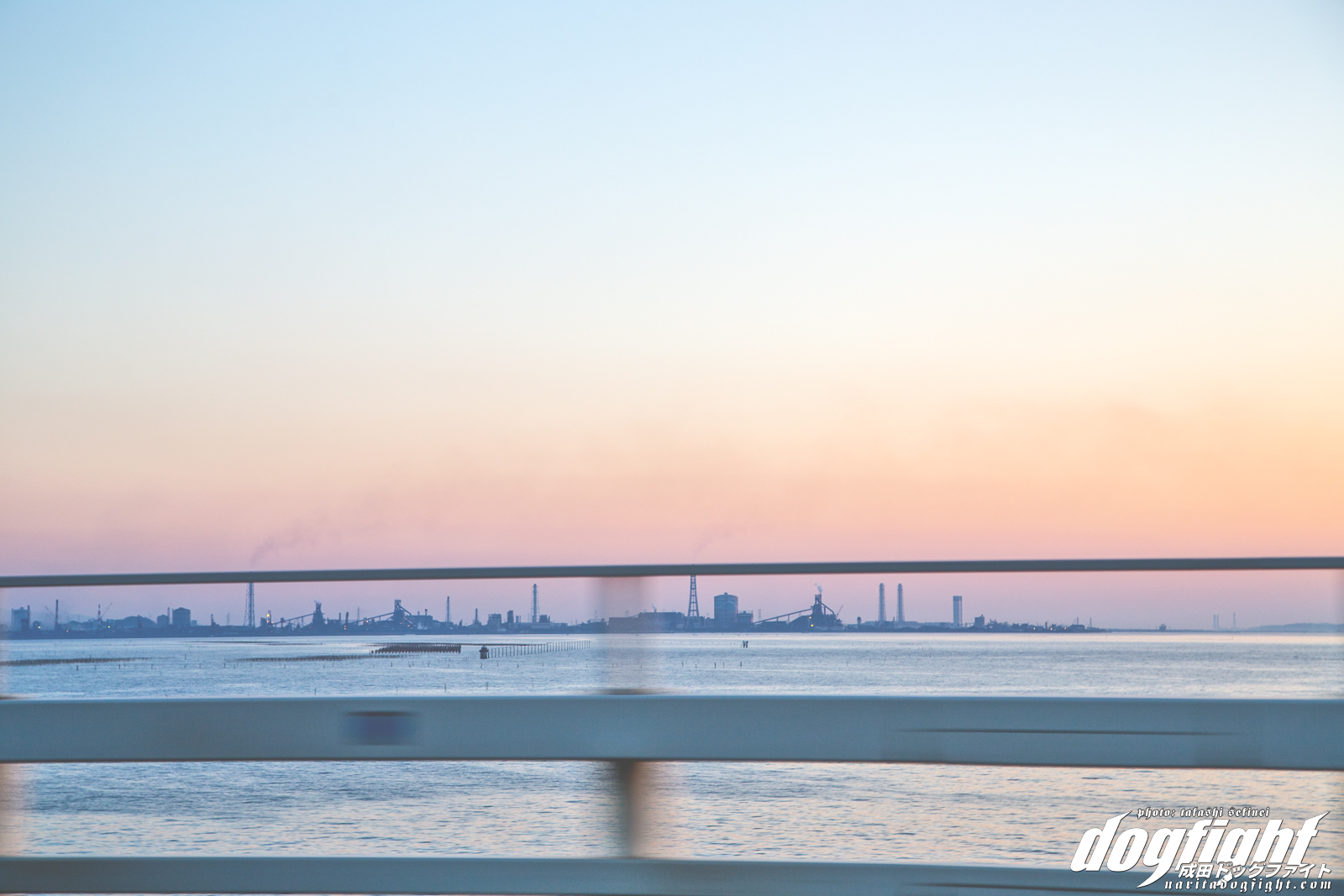 A sunset accompanied cruise back to Yokohama wrapped up the day for Sekinei.  Hope you enjoyed the shots from this original event!

On a side note, I know the site has been extremely slow as of late.  It will most likely be like this throughout the rest of the year until Time Attack season in Japan begins.  It really isn’t ideal for me, but I’ve just been too busy traveling with work and prioritizing on other things at the moment to focus all my energy to the site.  I’ll trickle a few updates here and there, and I’m getting ready for the Tech-Hoodie launch in November, but wanted to give you a heads up that things will be slow for awhile.  I haven’t given up – NDF’s just gotta go on the back burner for a second.

Thanks for the support!