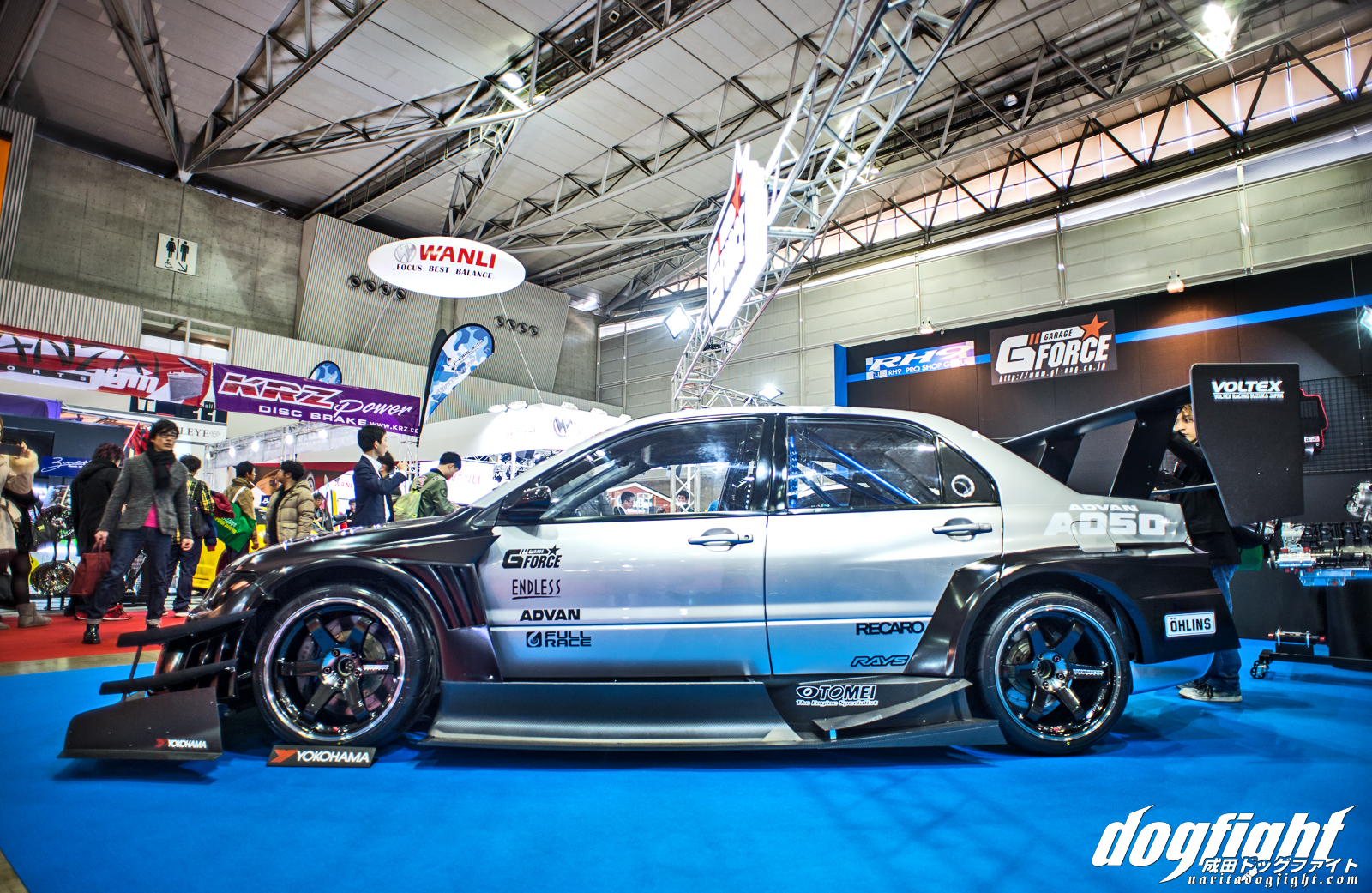 Just two short months ago, G-Force took this EVO to TC2000 to let Tanaguchi fling it around some corners during an open test day.  The car ran an impressive high 55 second lap; and I can assure you, it looked nothing like this.  The car’s exterior, then, was clad in a variety of Varis parts, and while it was a bit wider than OE, it was still relatively non-threatening in appearance.  Fast forward to TAS and the car that was displayed at their booth was a new beast entirely.

The Varis parts have since been retired in favor of a collection of custom Voltex pieces that may look familiar if you’ve seen both Hiroyoshi Shimada’s (Kyushu Danji) EVO, or even the Top Fuel S2000RR.  You may be wondering why G-Force would bring their main demo car to one of the largest auto shows in Japan in an unfinished state (no paint!).  Well, I had the fortune of getting that answered after getting recognized by an employee of G-Force.  I spoke with Mr. Atsushi Fujii for a few minutes in regards to the new look, and he mentioned that they, just three days prior to the show, had gotten the car put back together.  If it looks this good unpainted, I can’t wait to see it all one color.  From any angle, the aggressiveness of this build can no longer be questioned.  Take a look at the images below and see for yourself. 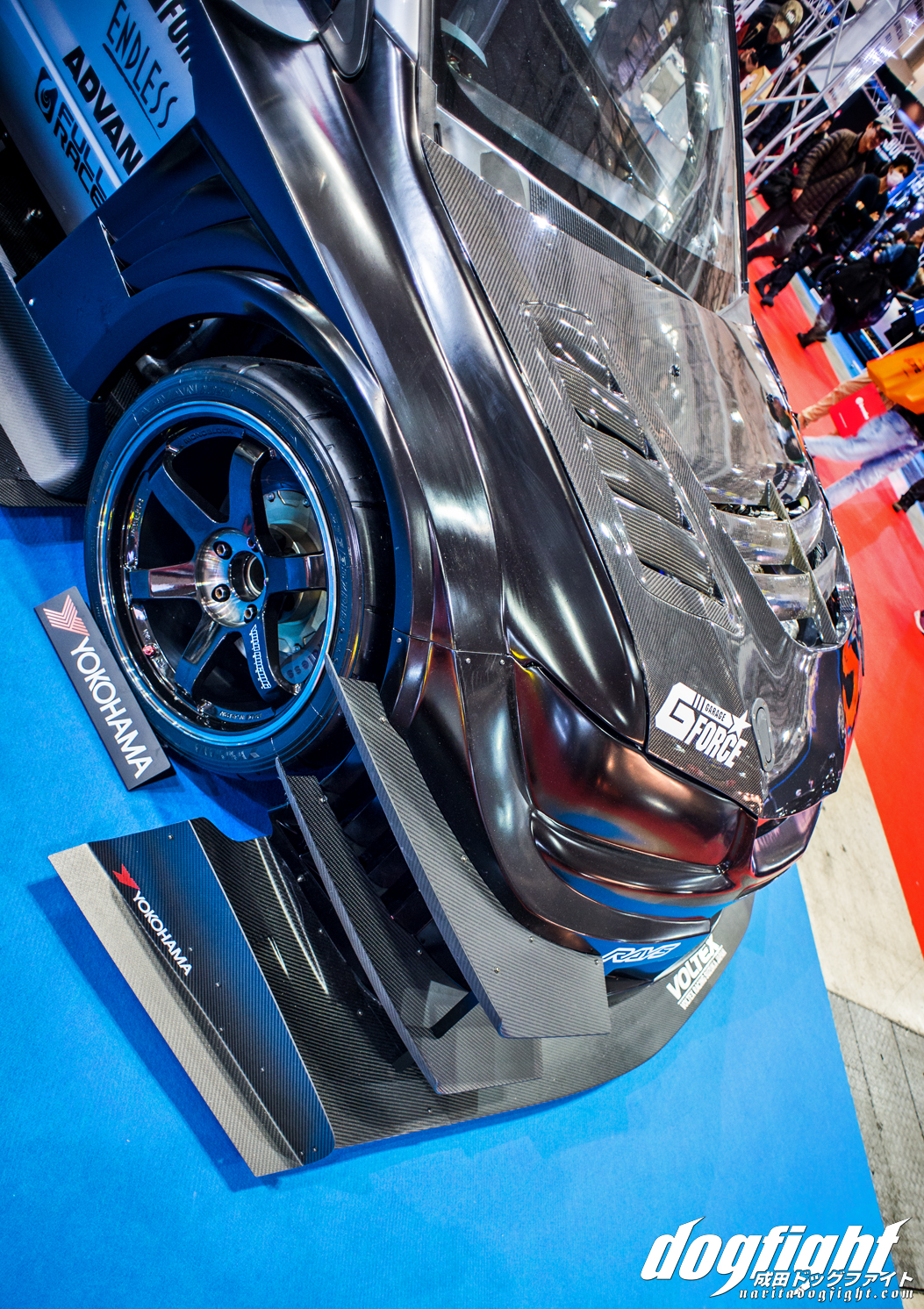 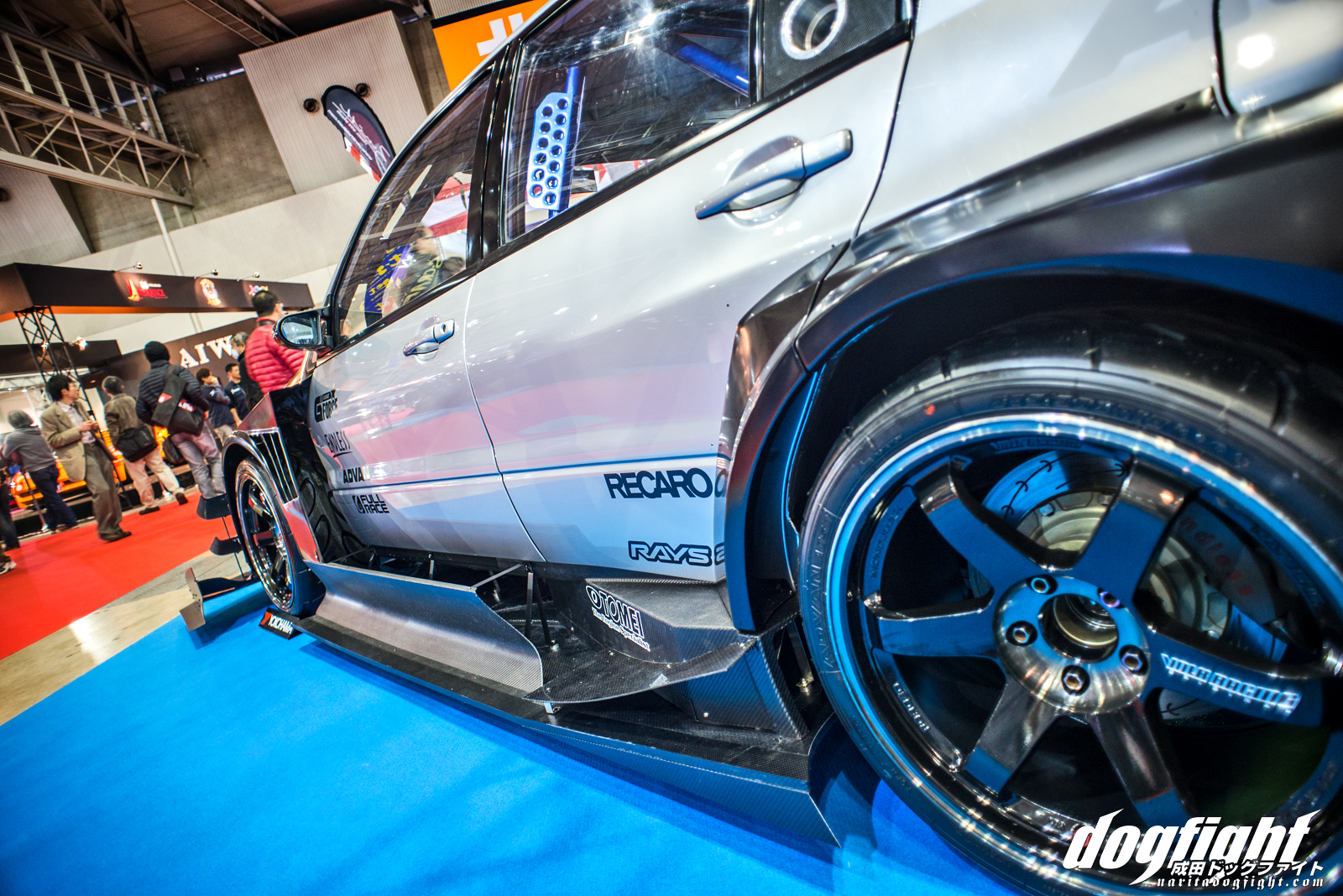 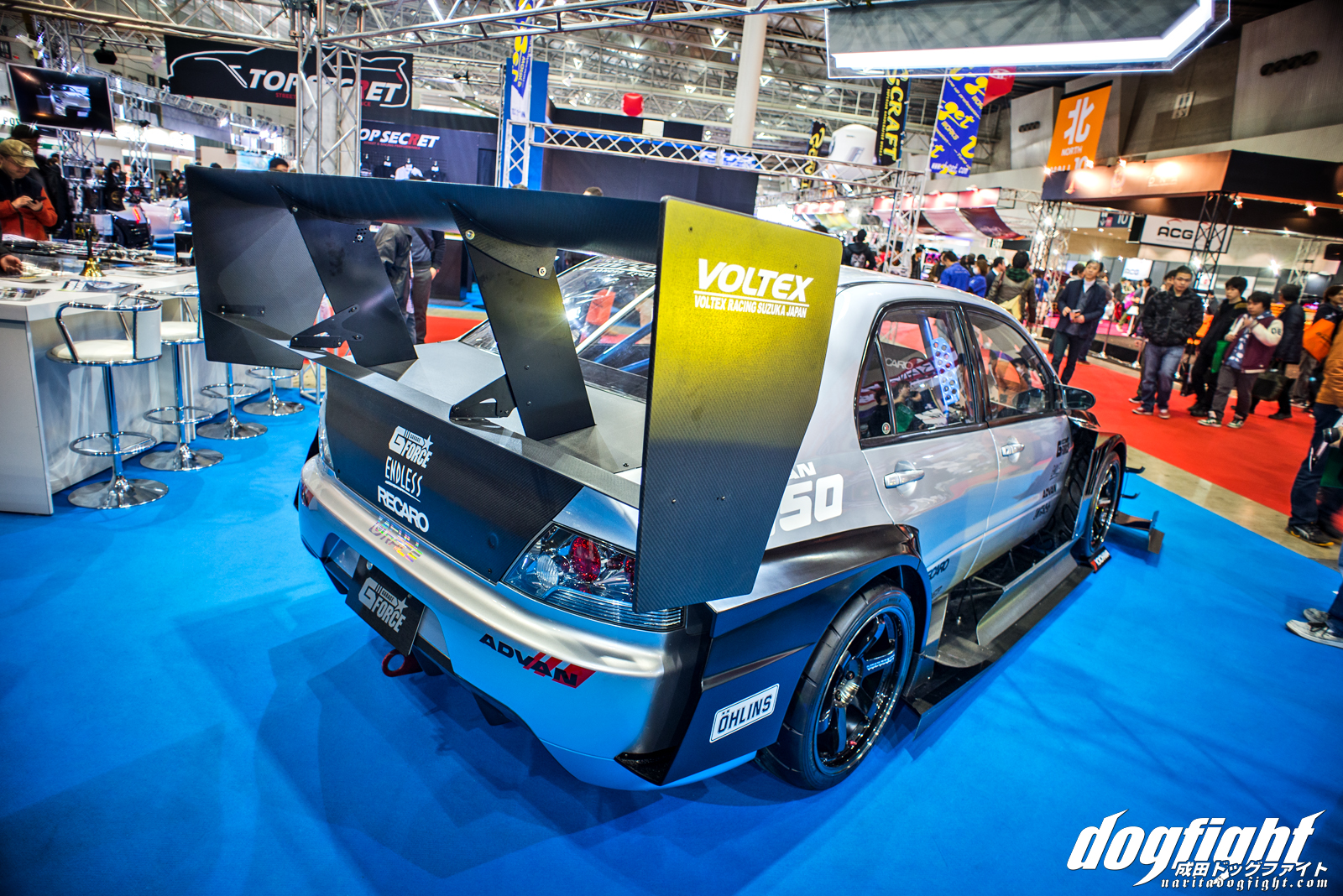 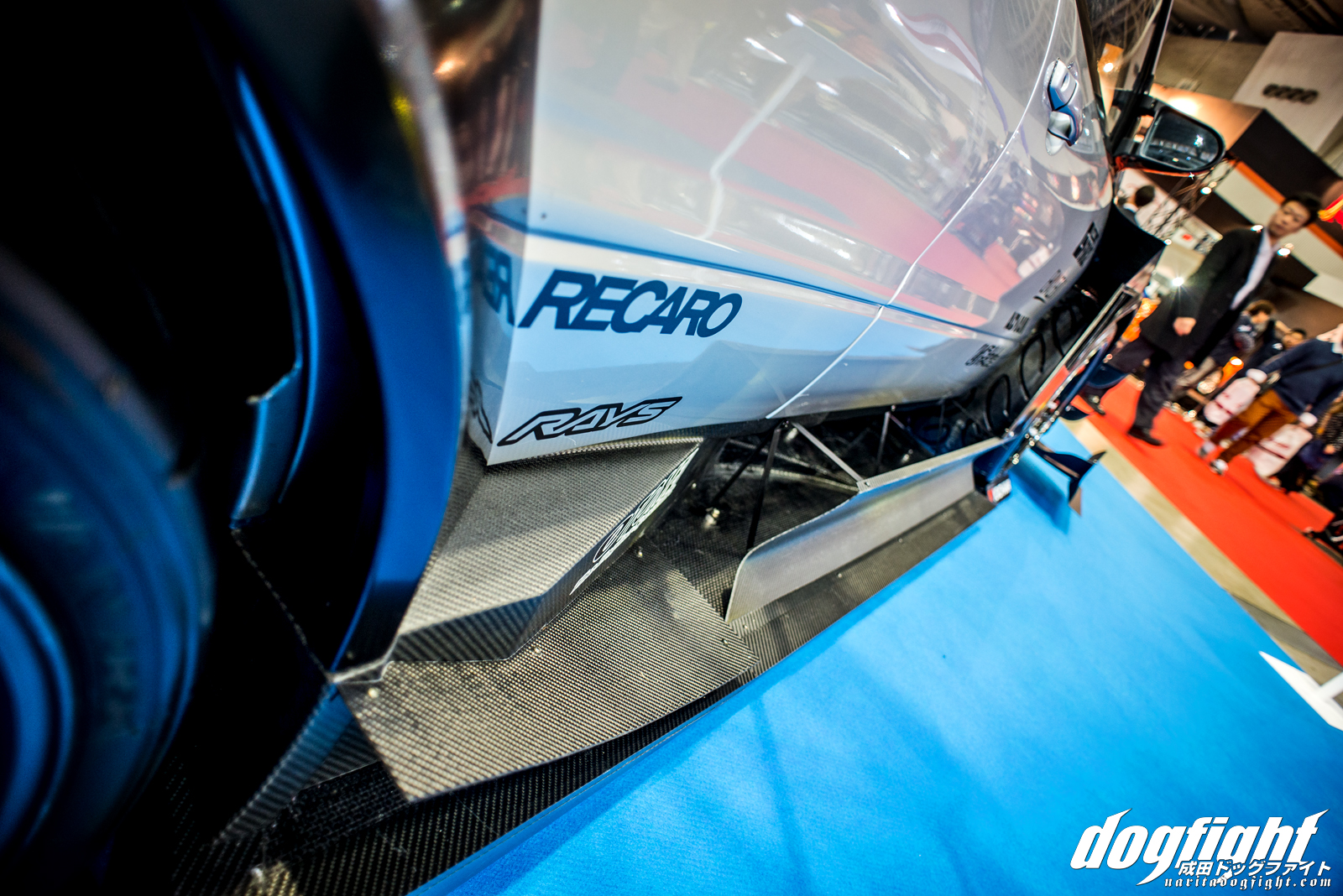 It was cool to get a close look at Voltex’s crazy skirt design.  This design was actually wind-tunnel tested by Voltex and Cocoa Systems – so you know there is a method to the madness. 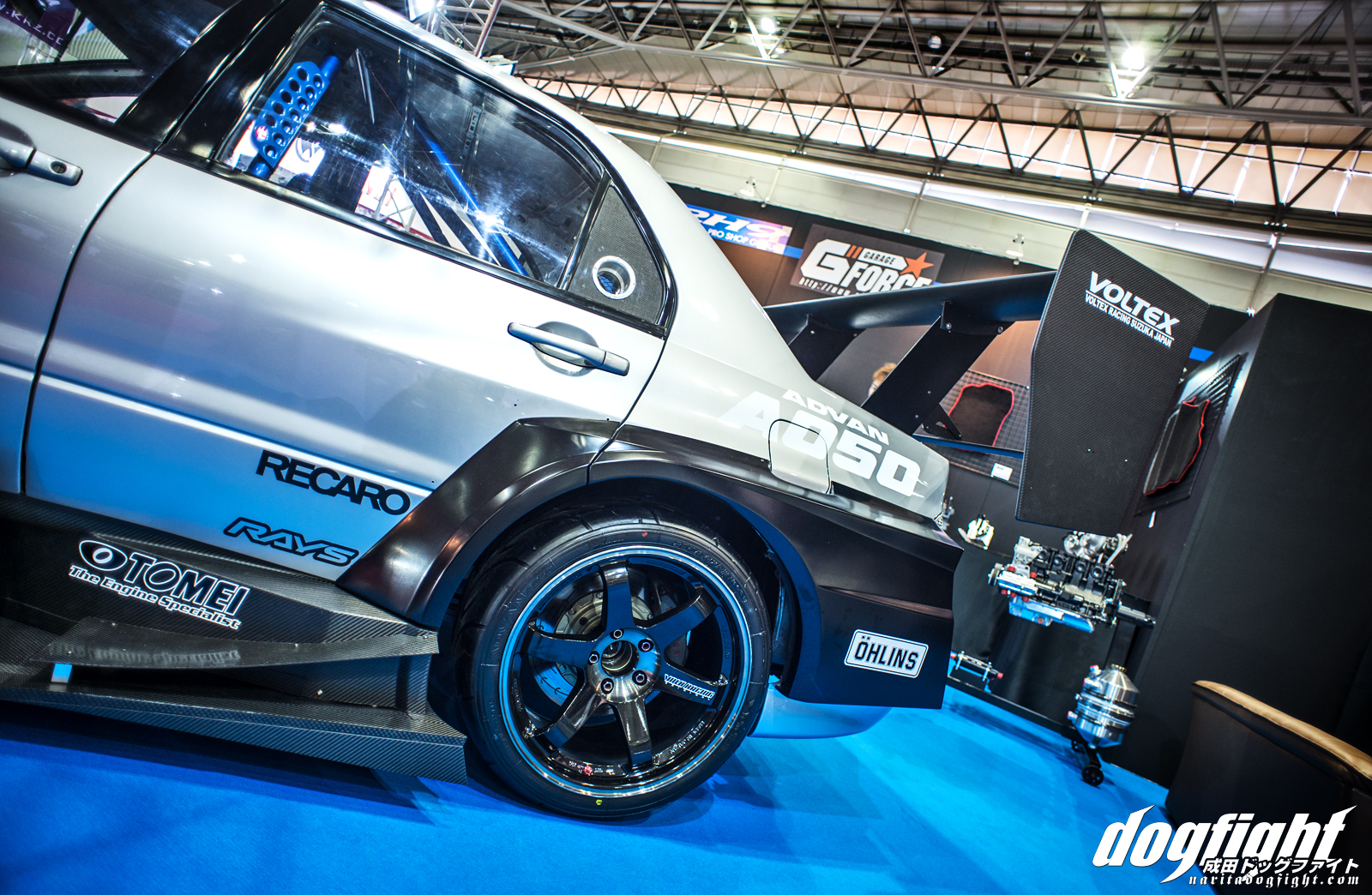 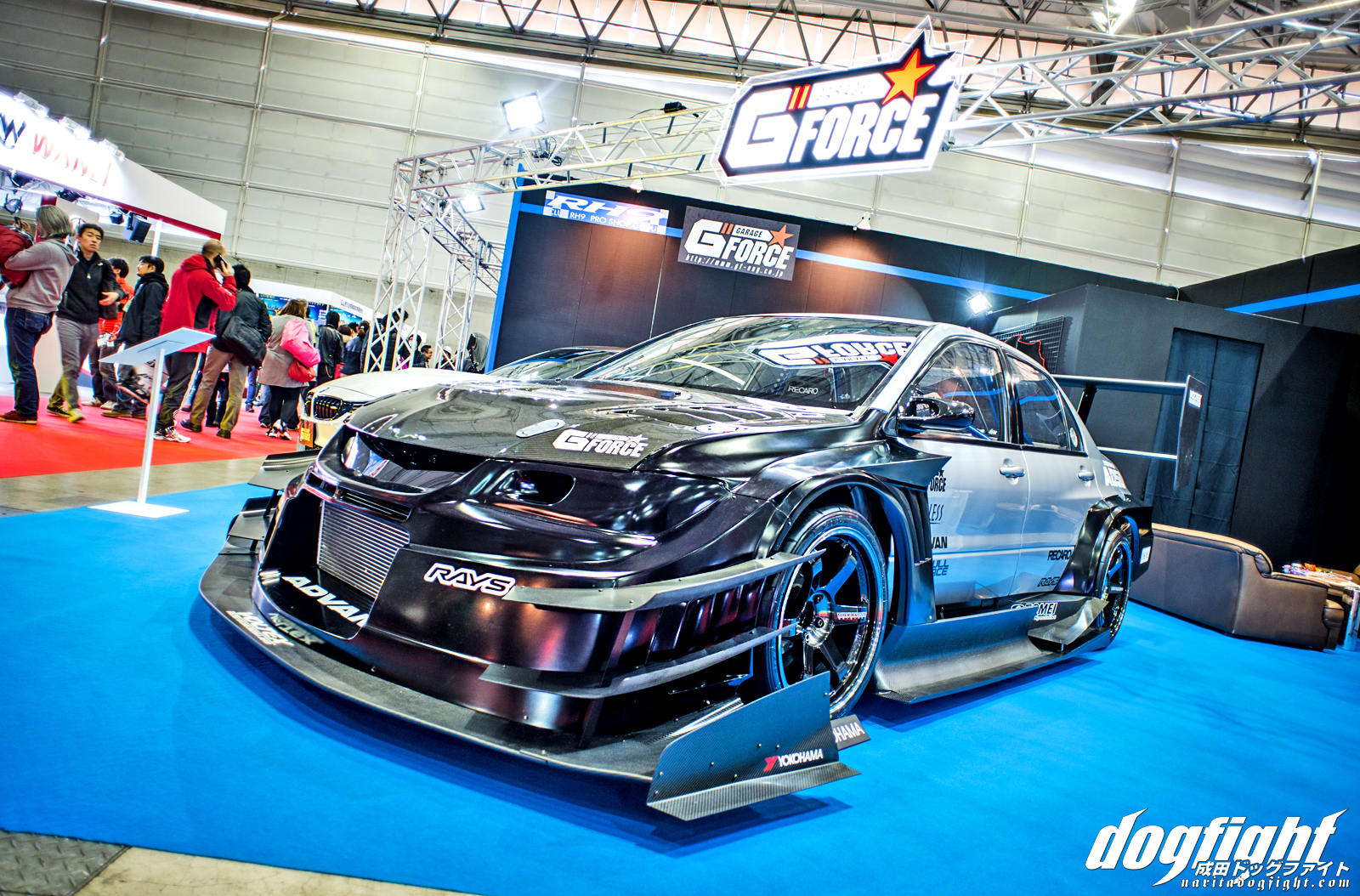 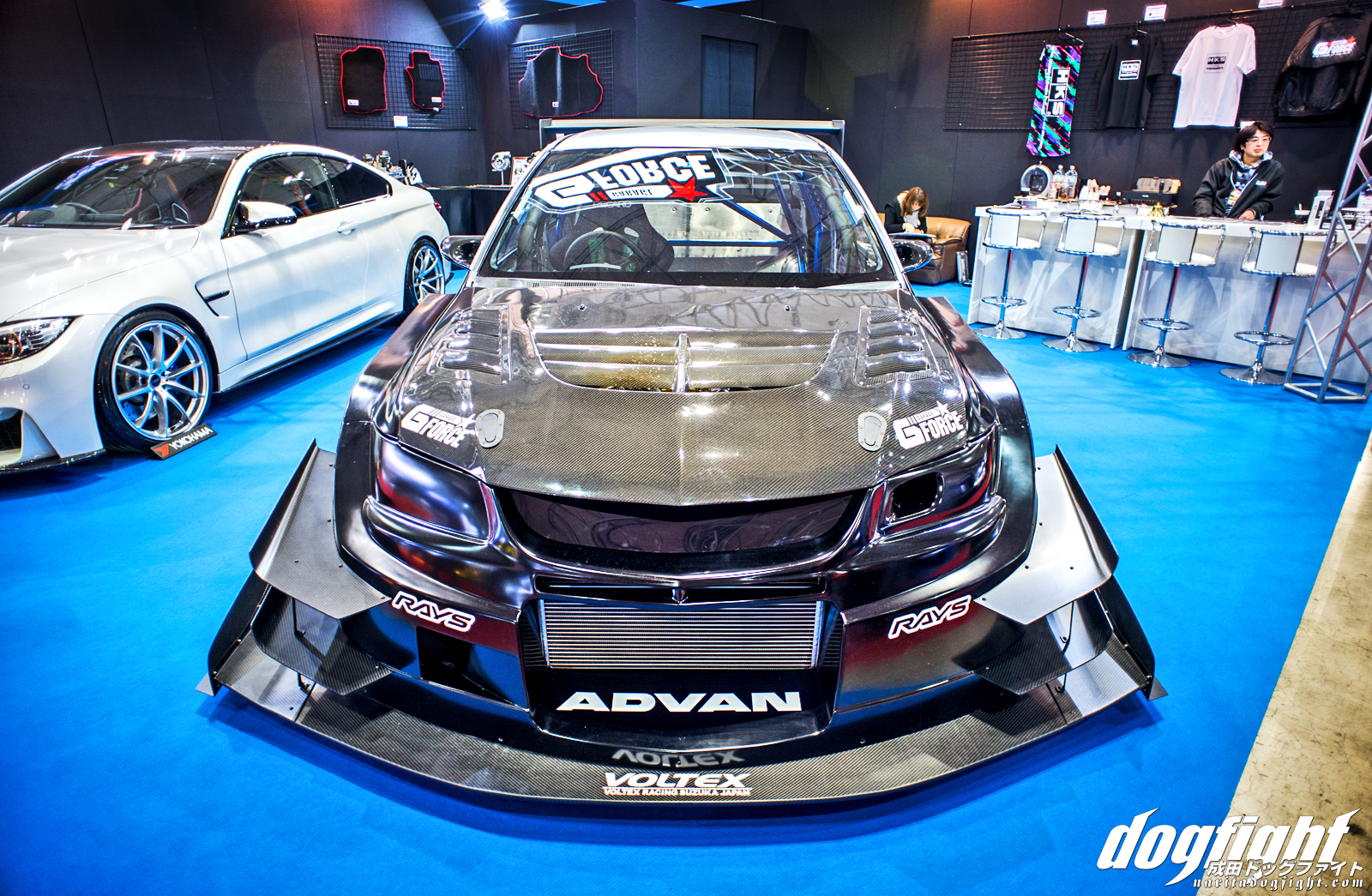 The CT9A retains the engine it once had, although a rebuild may be in the works.  I would imagine they would want to set a baseline with the new aero equipped with a familiar engine.  In it’s current state, the 4G63 produces an enormous 730 horsepower at around 7500 RPM.  It’s mated to a Holinger transmission that puts the power down to the beefed up driveline.  G-Force has a good relationship with Ohlins, and in turn they provide custom spec’d dampers for the garage.

The car was fast in it’s previous state; I can’t imagine what the new aero package will yeild in time.  We’ll keep a close eye on this build and look forward to seeing how much time the car gains at TC2000.