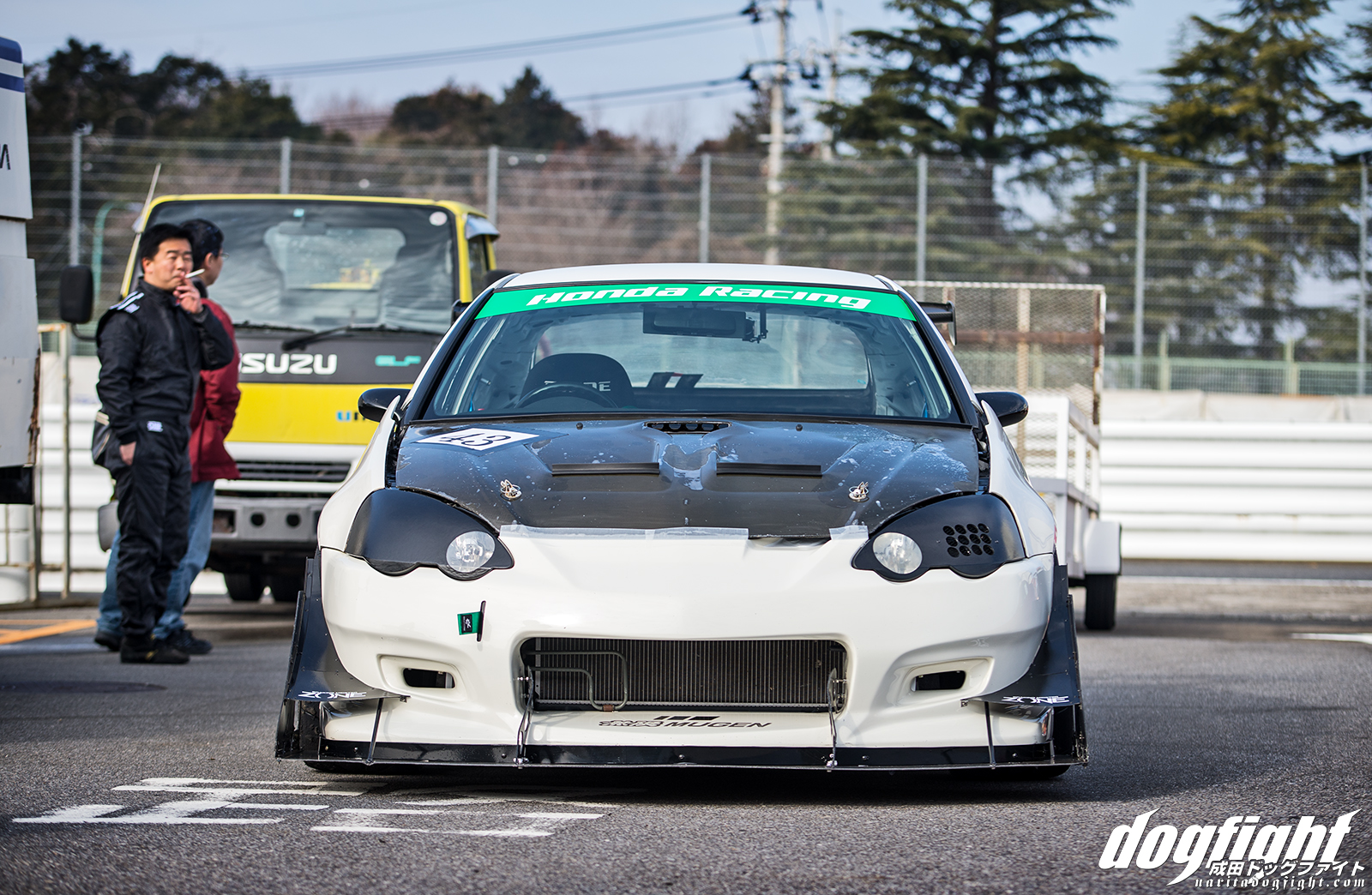 Up until this past attack season, I had never met Mr. ‘Harunana’ but I had stumbled across his Minkara page a few years ago.  Back then his DC5 looked quite a bit different.  The car’s exterior was much more sparse, and I can imagine the car was actually a lot heavier as well.  But a lot can change over the course of a couple years, and this DC5 is testament to that.

Before seeing the car in person, the memory I had of it was much different.  Walking into the pits of Tsukuba, I had to do a double take when I first glanced in it’s direction.  The front end was much more aggressive, the glass replaced by lightweight Lexan, and overall, the car looked a lot more DIY track build than before.  The car has been an ongoing project for it’s owner over the course of 4 years.  This latest Battle Evome event marked the resurrection of the Integra’s track career, competing in the Grooving category to shake some of the rust off.  A fast lap of 1’02.420 was marked before the day’s end; quite an improvement from his 1’05 several years ago.  Harunana mentioned how much grip the A050’s had compared to the Hankooks he ran last time; this being the first time trying the tire.  I can only imagine how great 295 A050’s feel… 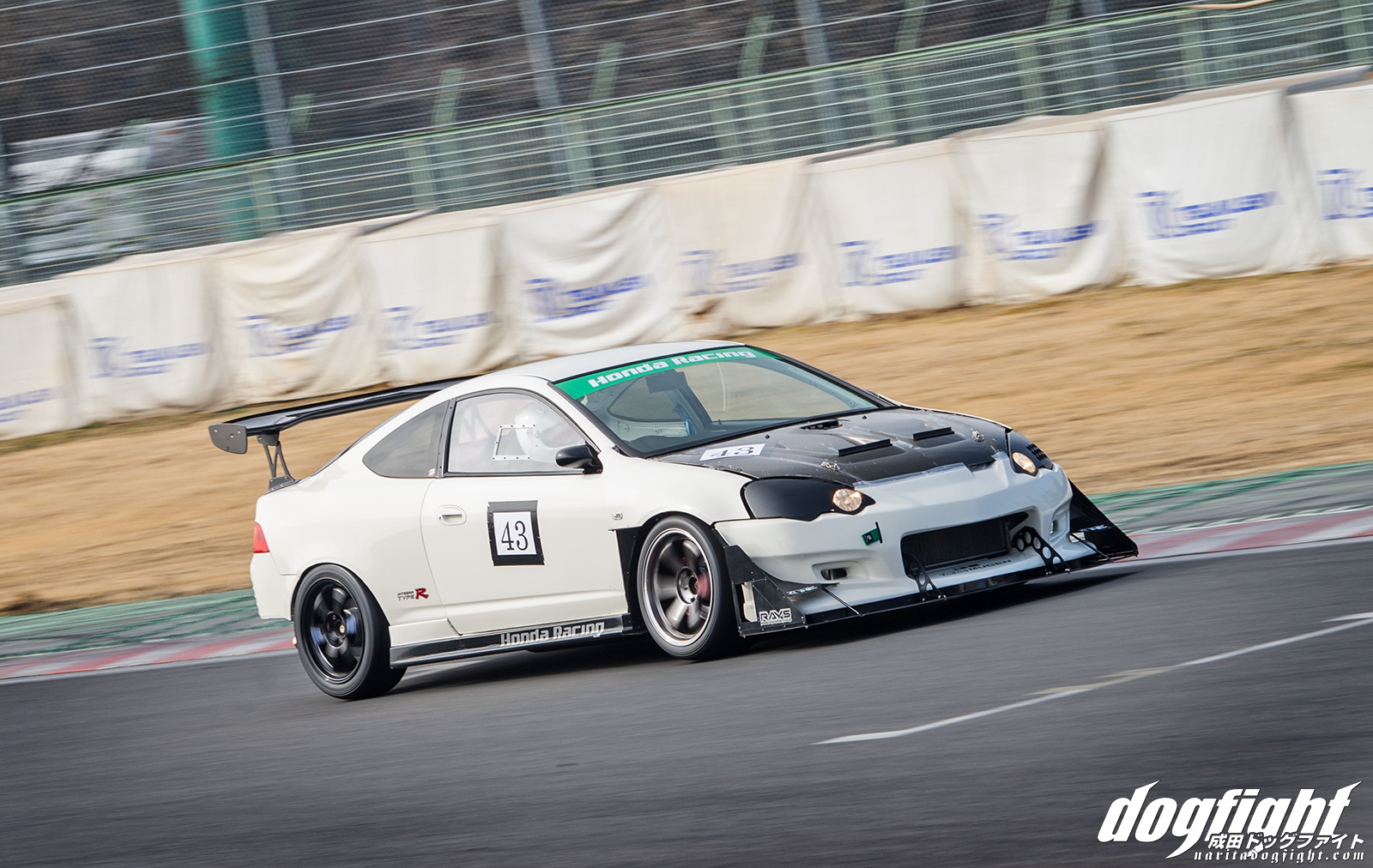 The car looked quick on track, but I’m sure there is room for improvement in it’s current state. 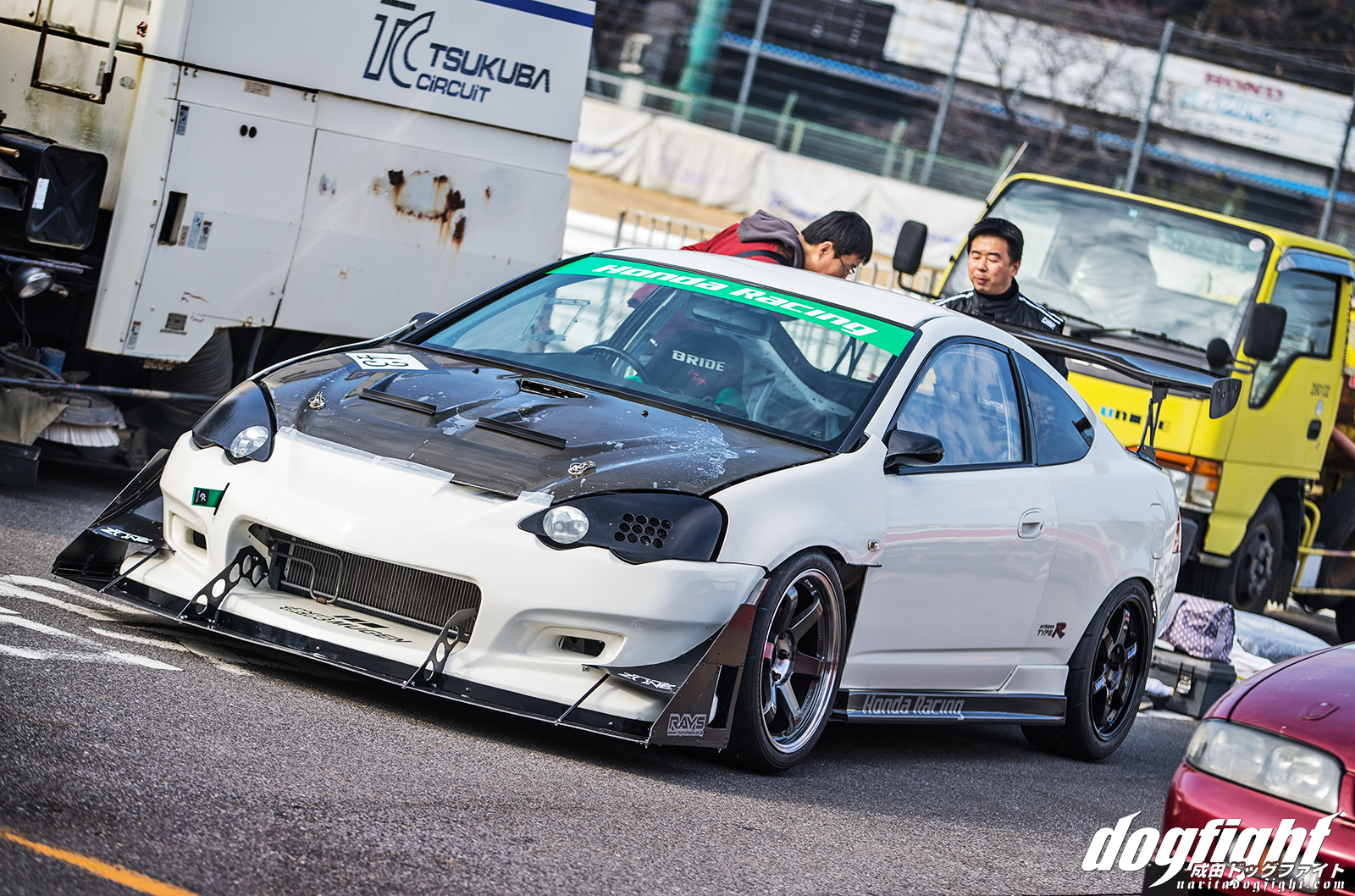 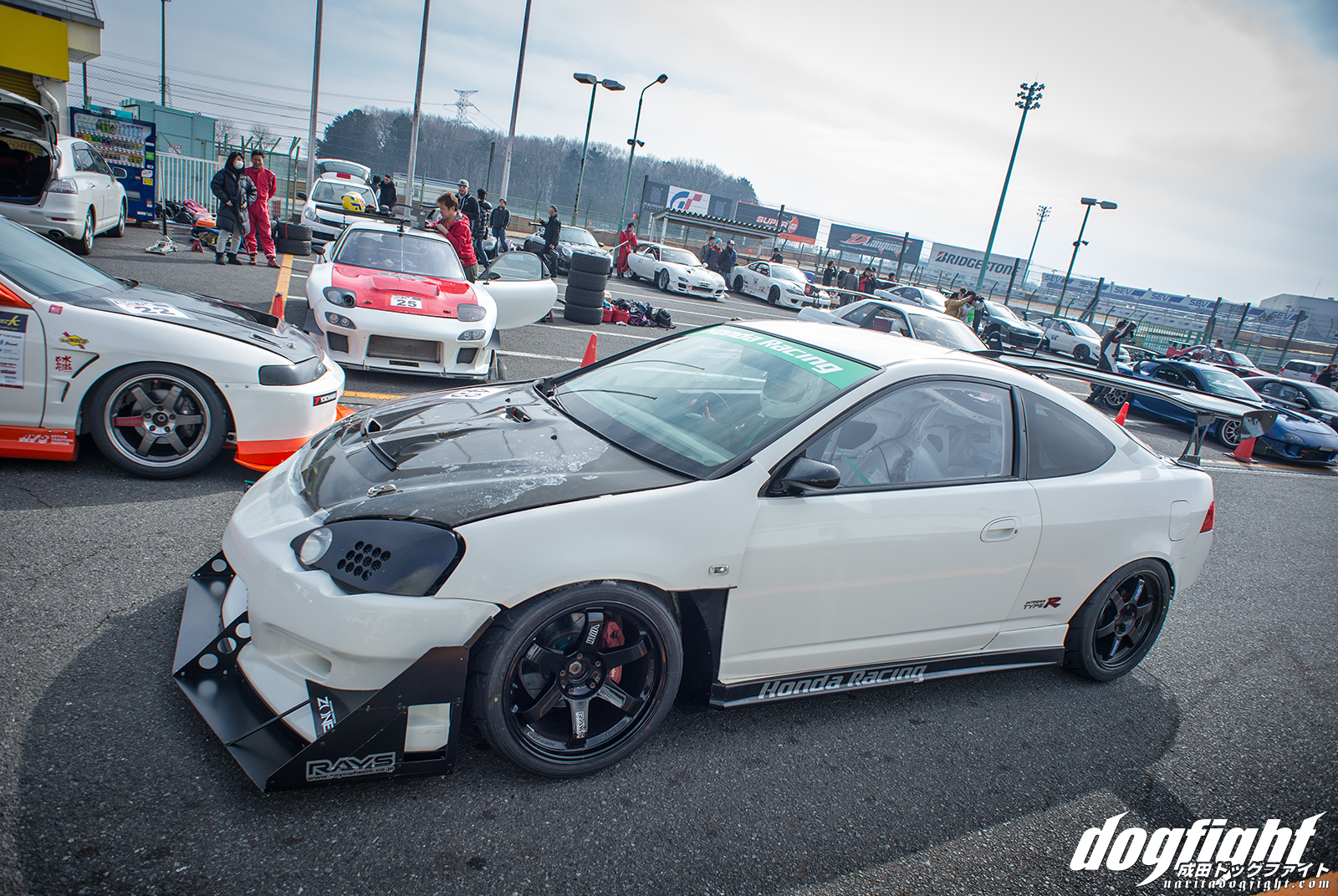 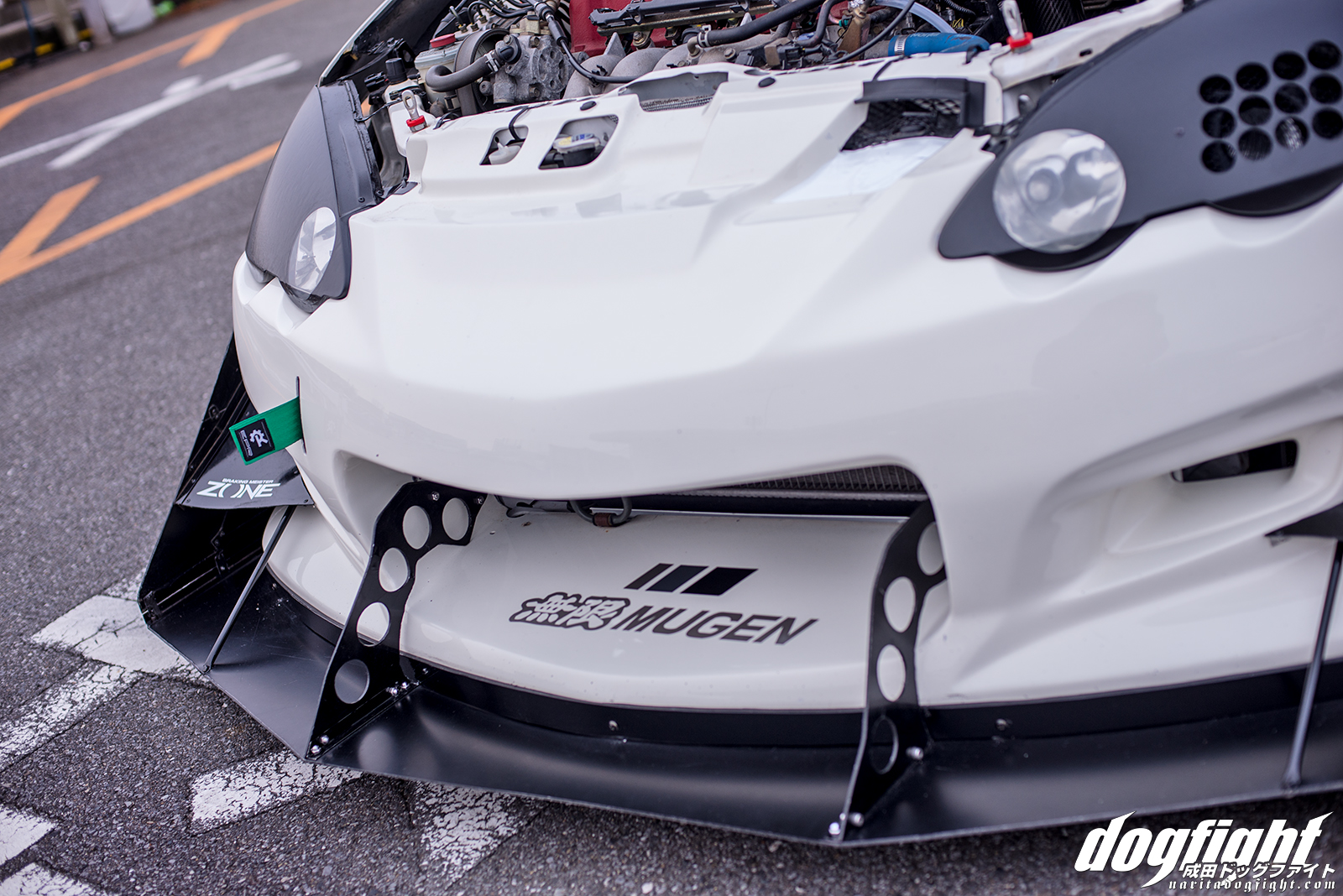 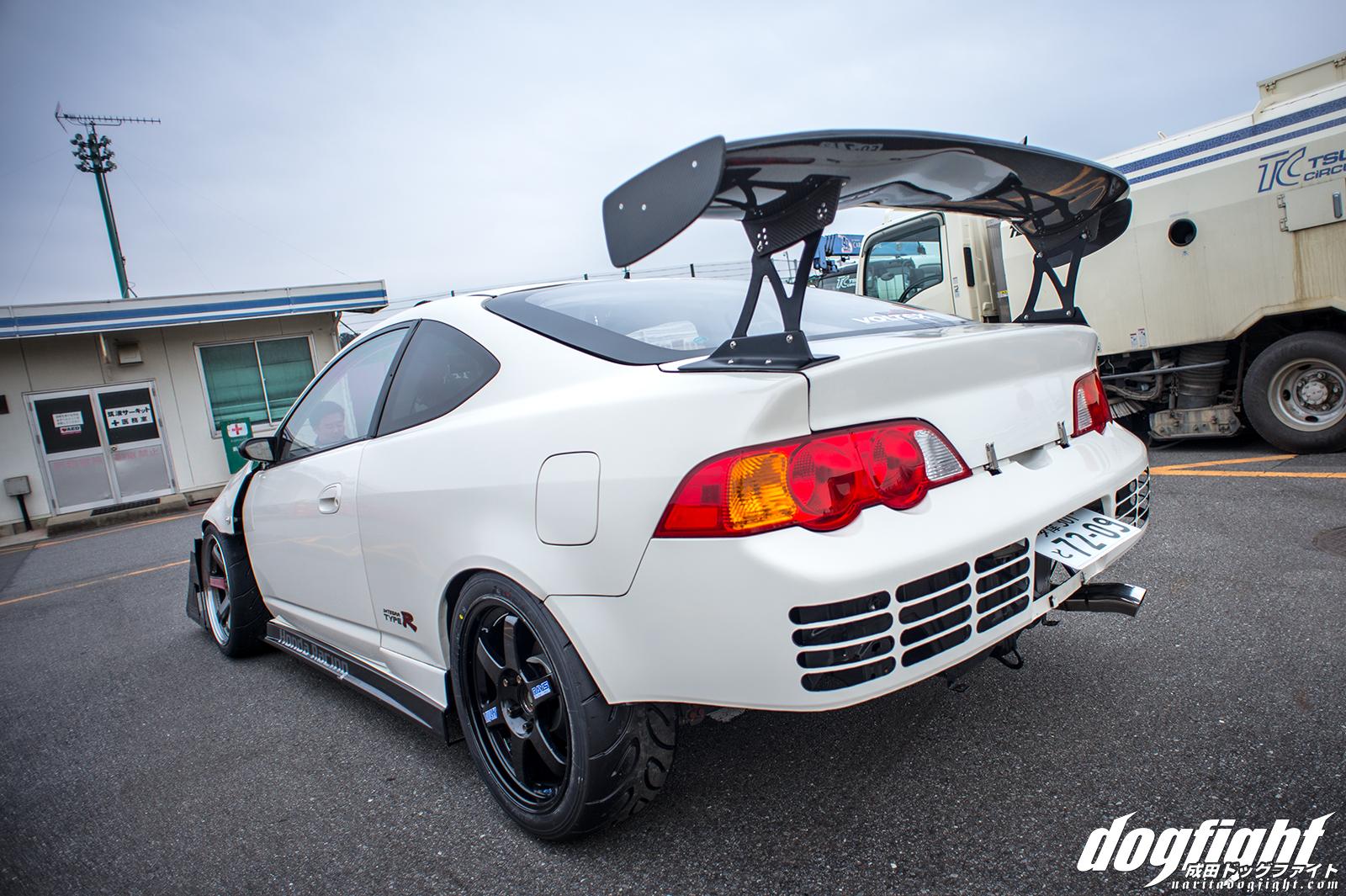 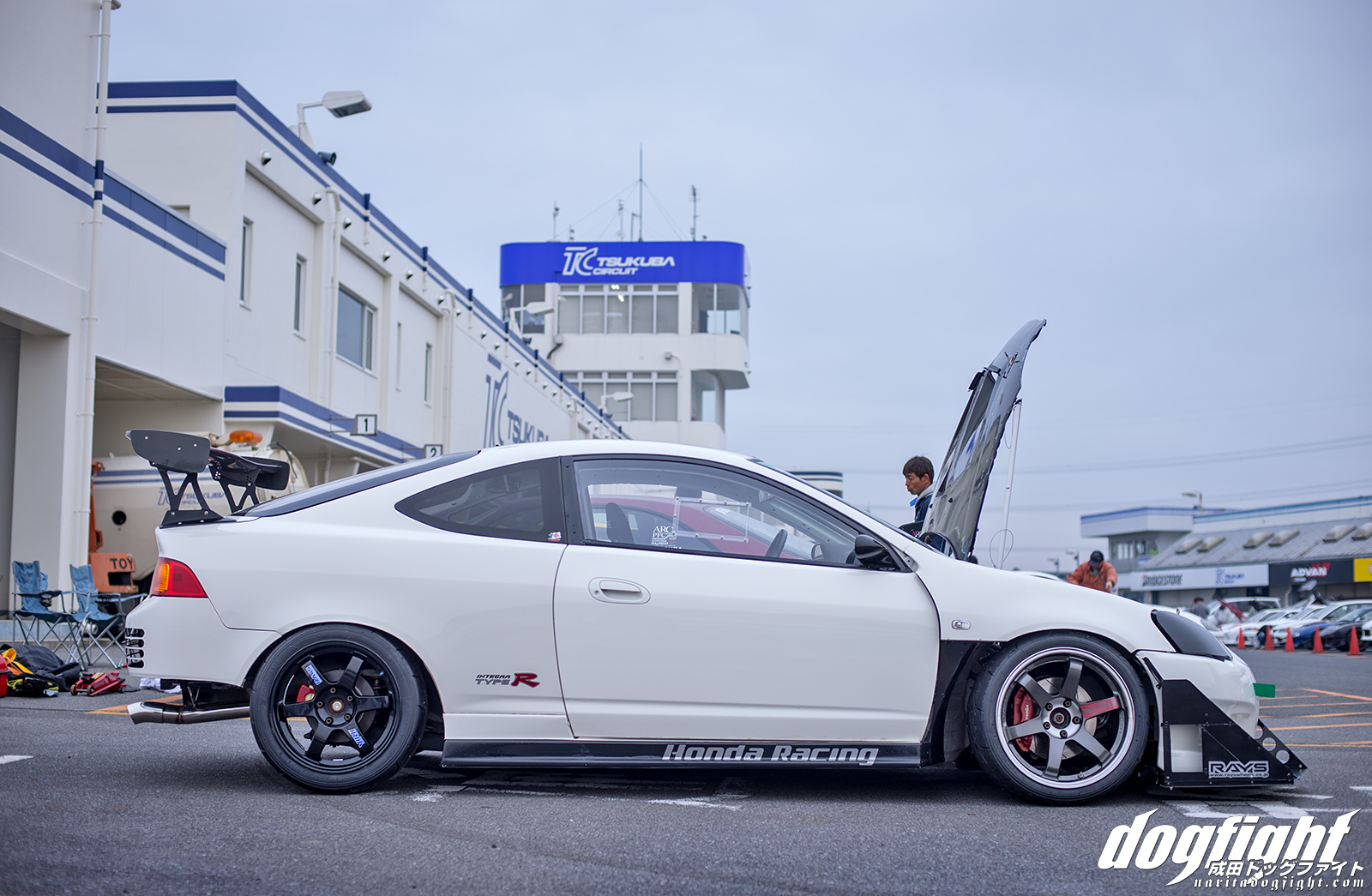 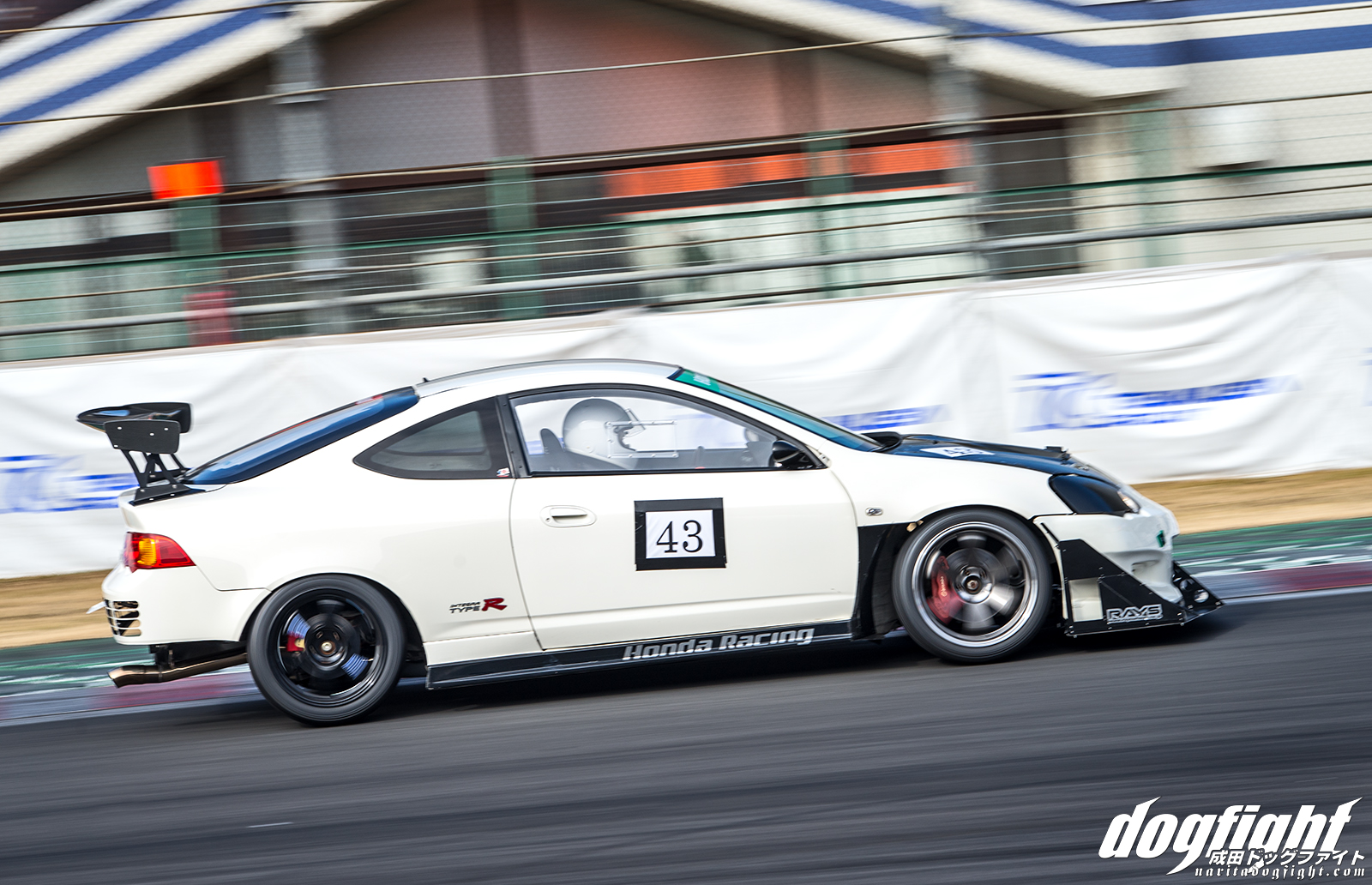 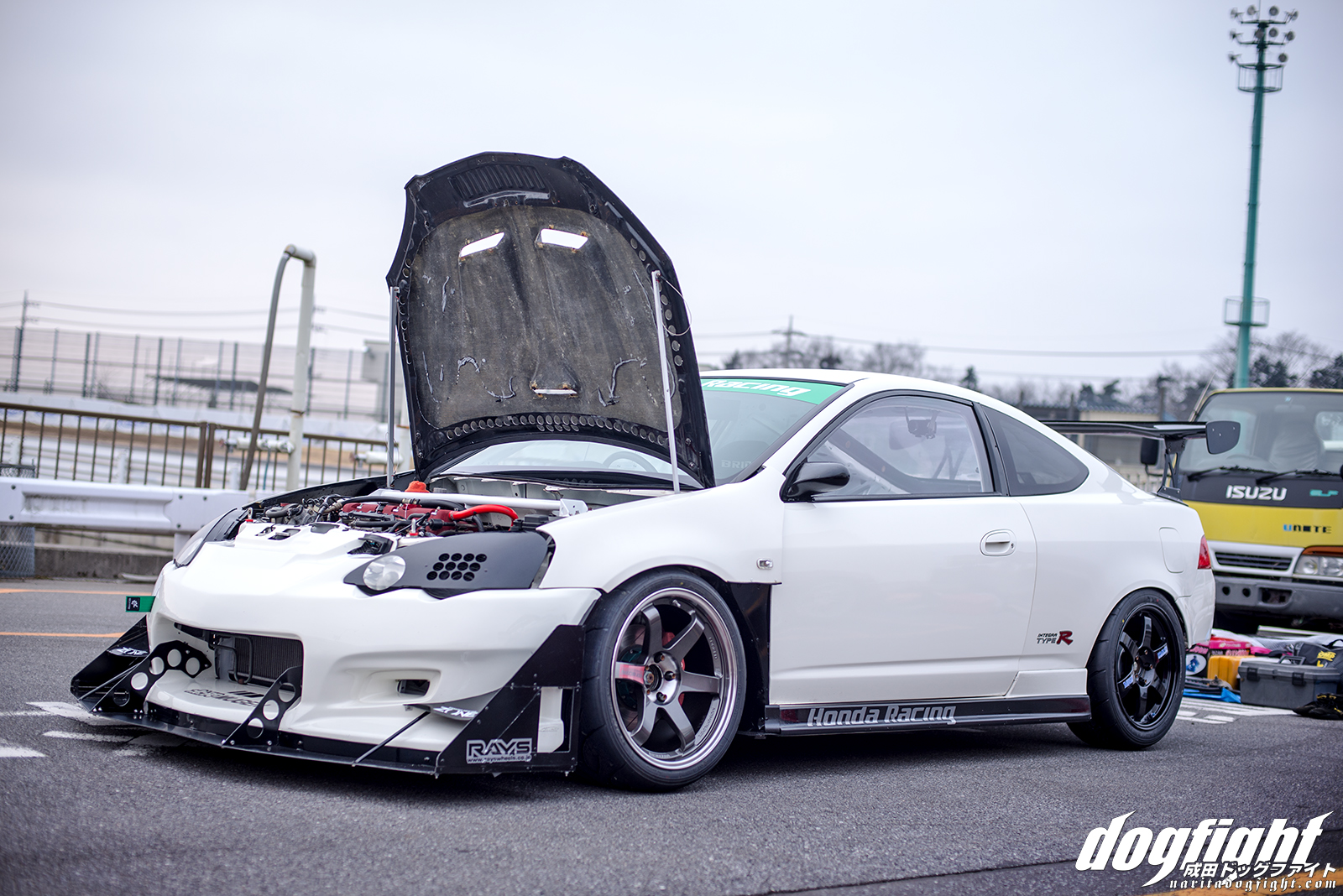 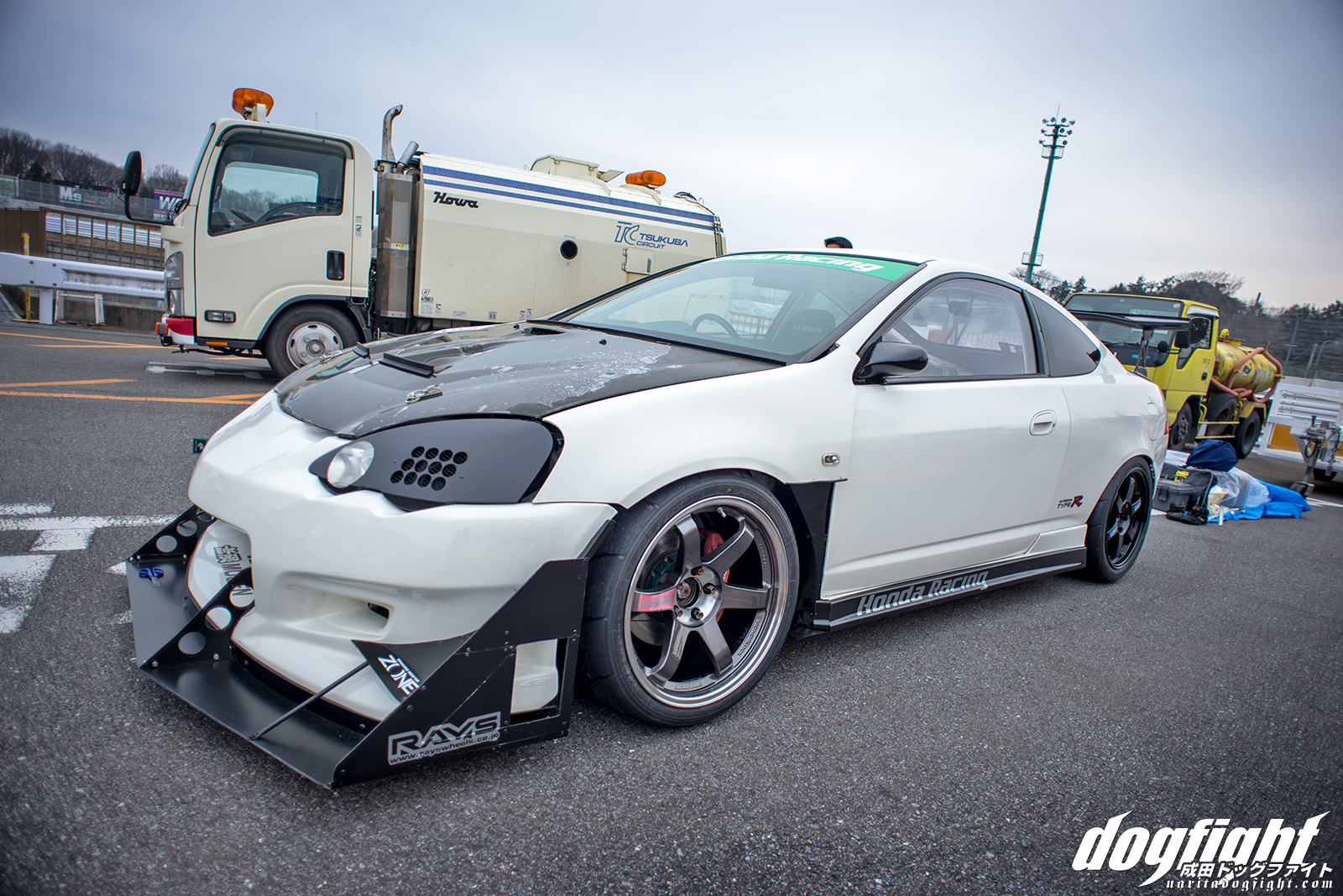 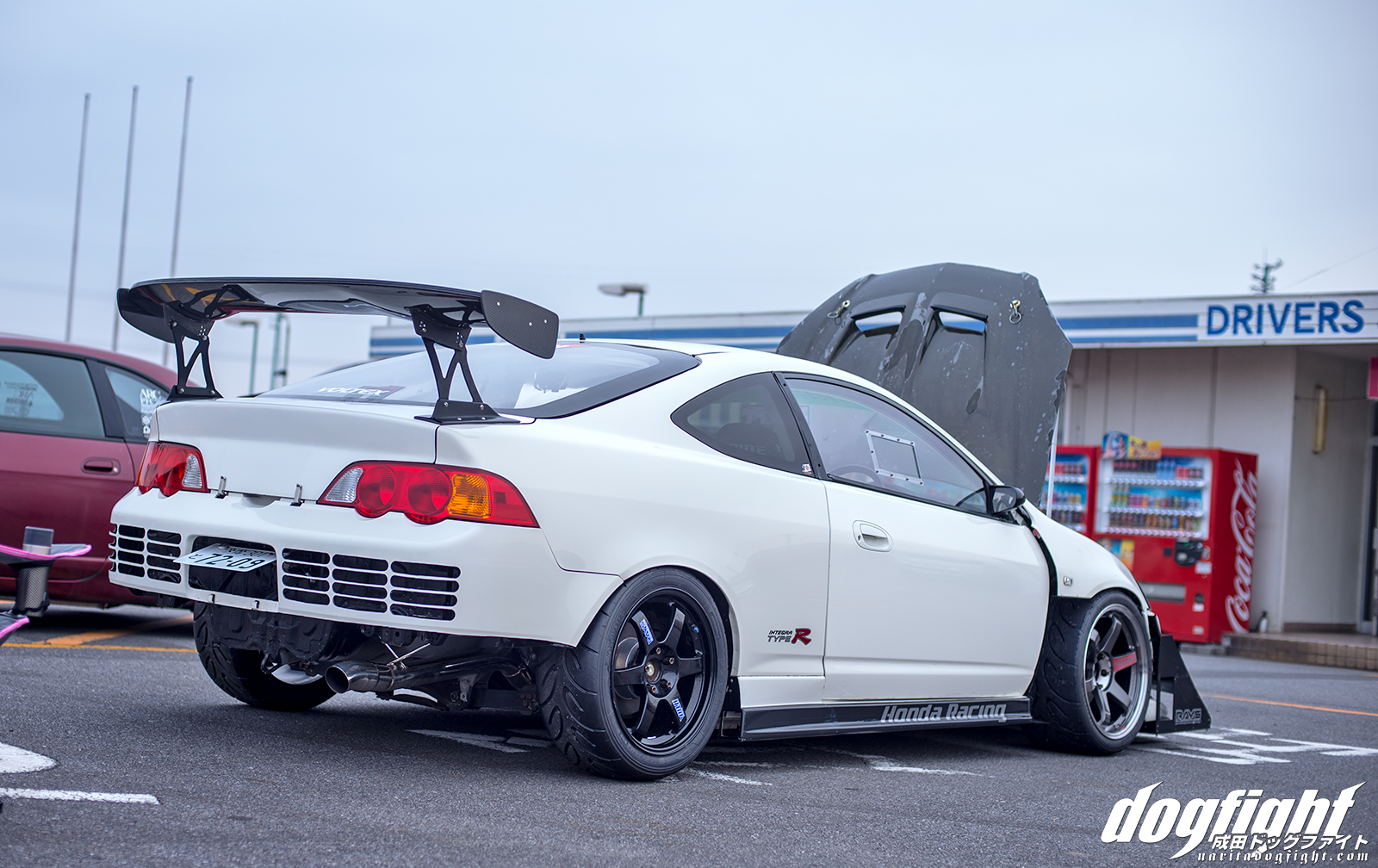