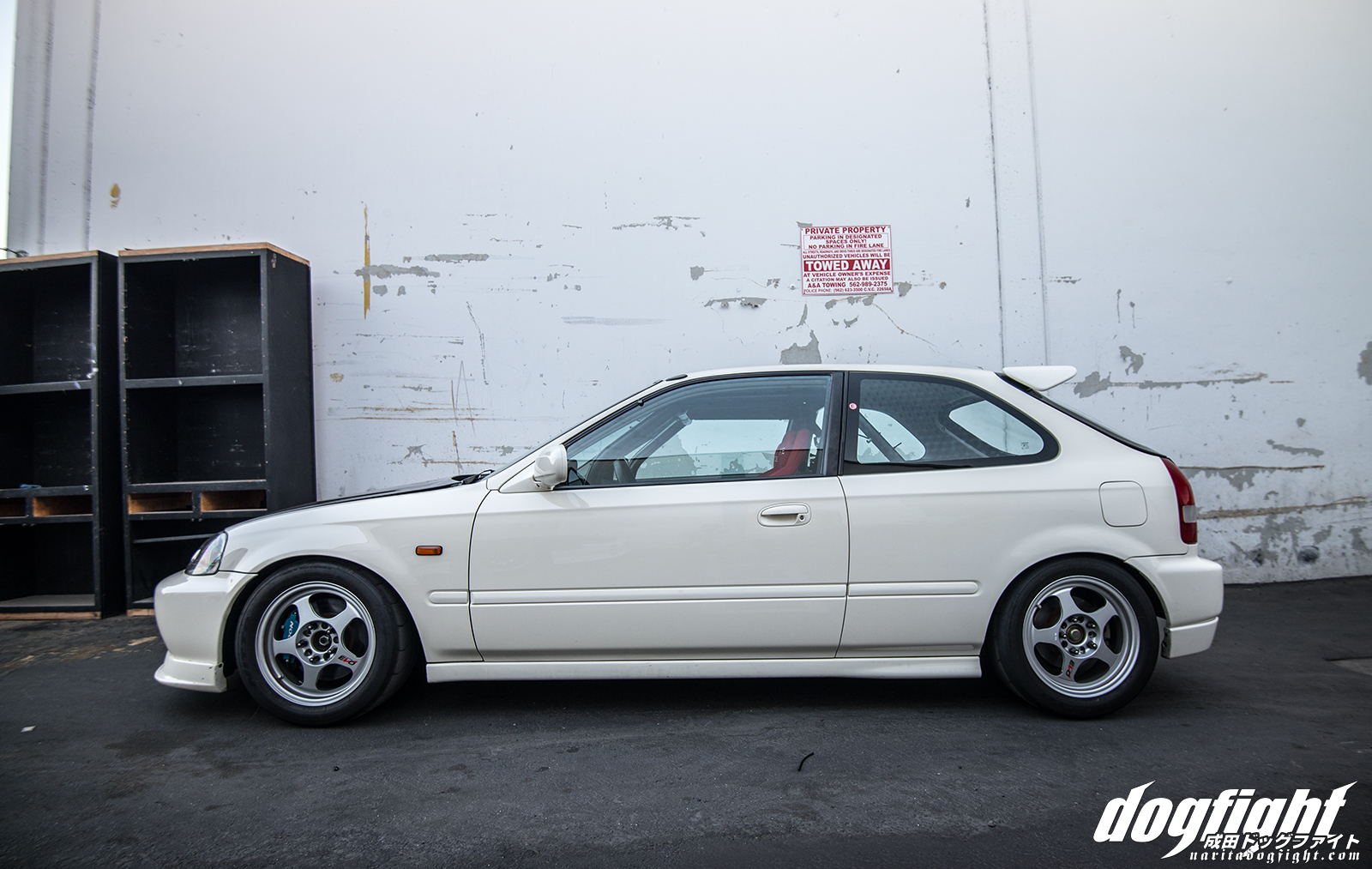 This past week a couple good friends from Japan came to Los Angeles to visit; two of them for the first time ever.  Among them was my dear friend Takashi Sekinei, someone who’s helped me countless times during my time in Japan.  We were all pretty excited to finally introduce them to everyone here in Southern California, especially since most of the guys from the shop have talked to Sekinei one way or another online.  Jay and I put together a little pot luck at our shop and invited a couple people over for a low-key Sunday evening.  After cooking I snapped a couple pictures I thought I’d share.

I’m sure you’ve noticed the site has been pretty slow lately.  I kind of put it on the back burner this month to get ready for a few things coming up.  I’ll be back in Japan next week, and then headed to the East Coast for the last Special Stage of Final Bout.  The week after I’ll be pulling the motor back out of my car to get the transmission back to Kristian at BattleCraft for repair, and the motor is going next door to degree the cams.  Will also convinced me that running a catch can wouldn’t be enough without venting the valve cover.  I guess I underestimated the amount of crank pressure that builds up.  Fall is here, and pretty soon the Attack season in Japan will be here in full force, so I figured I better get some down time in while I can.  Anyway, enjoy the pictures. 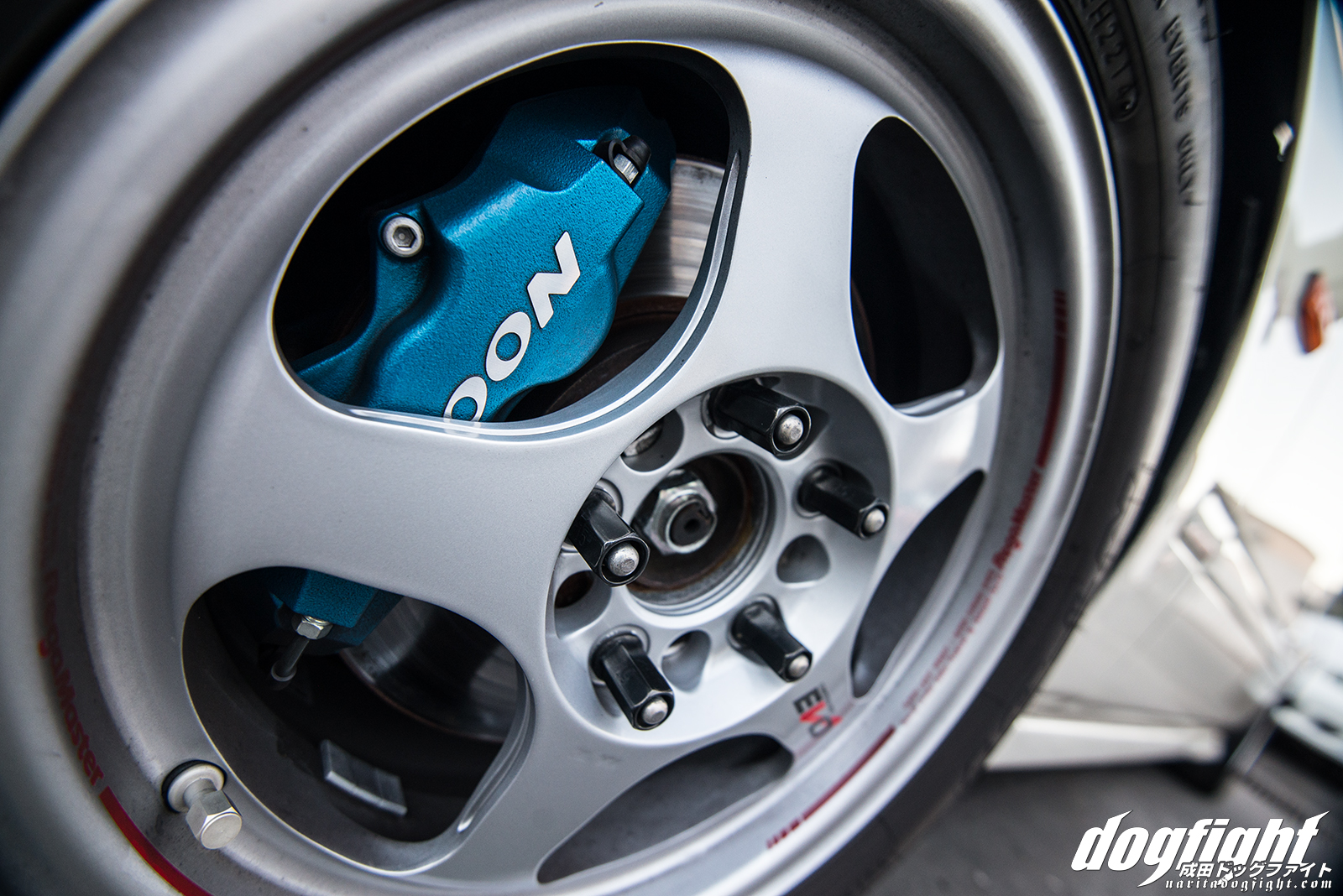 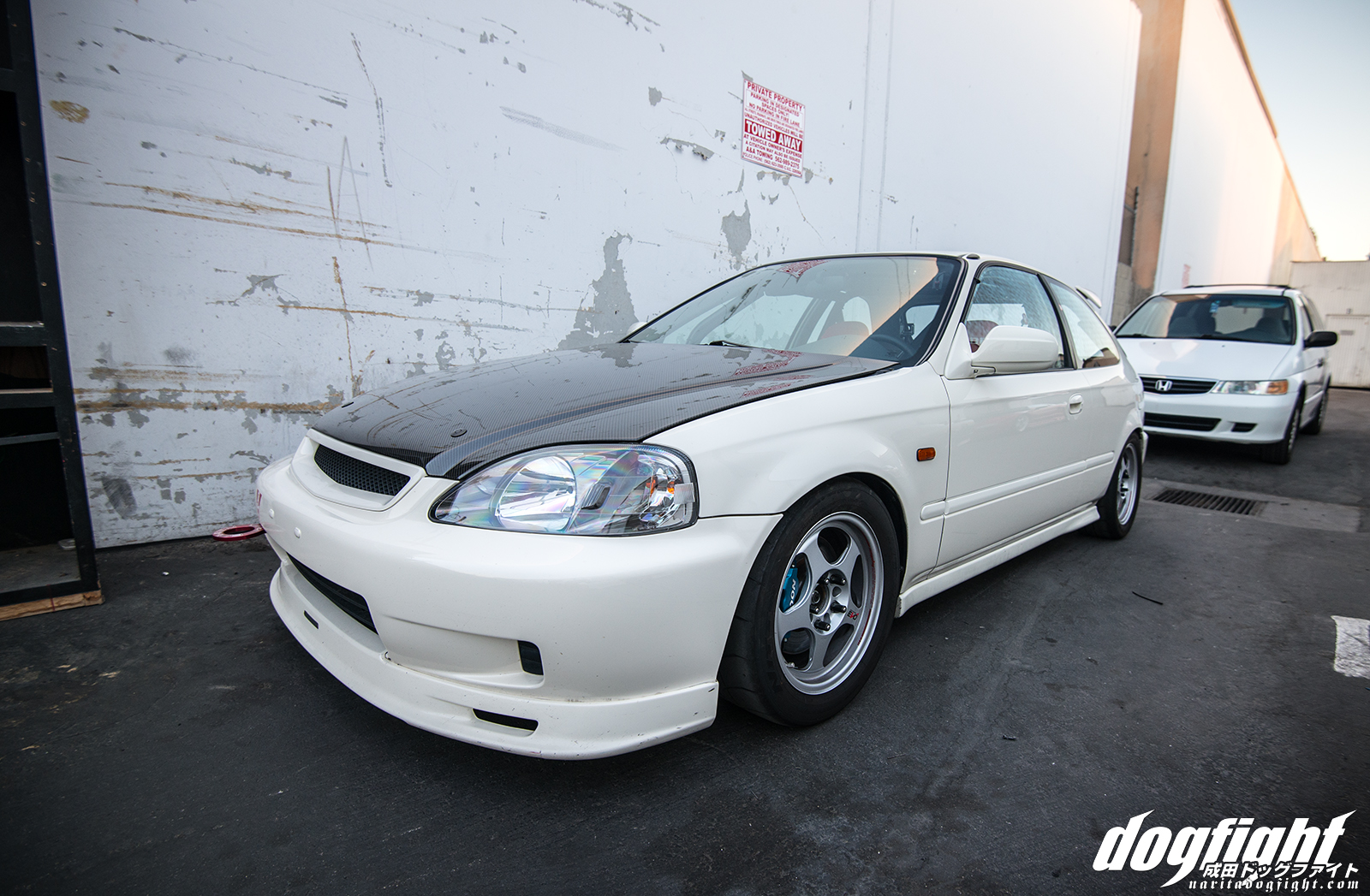 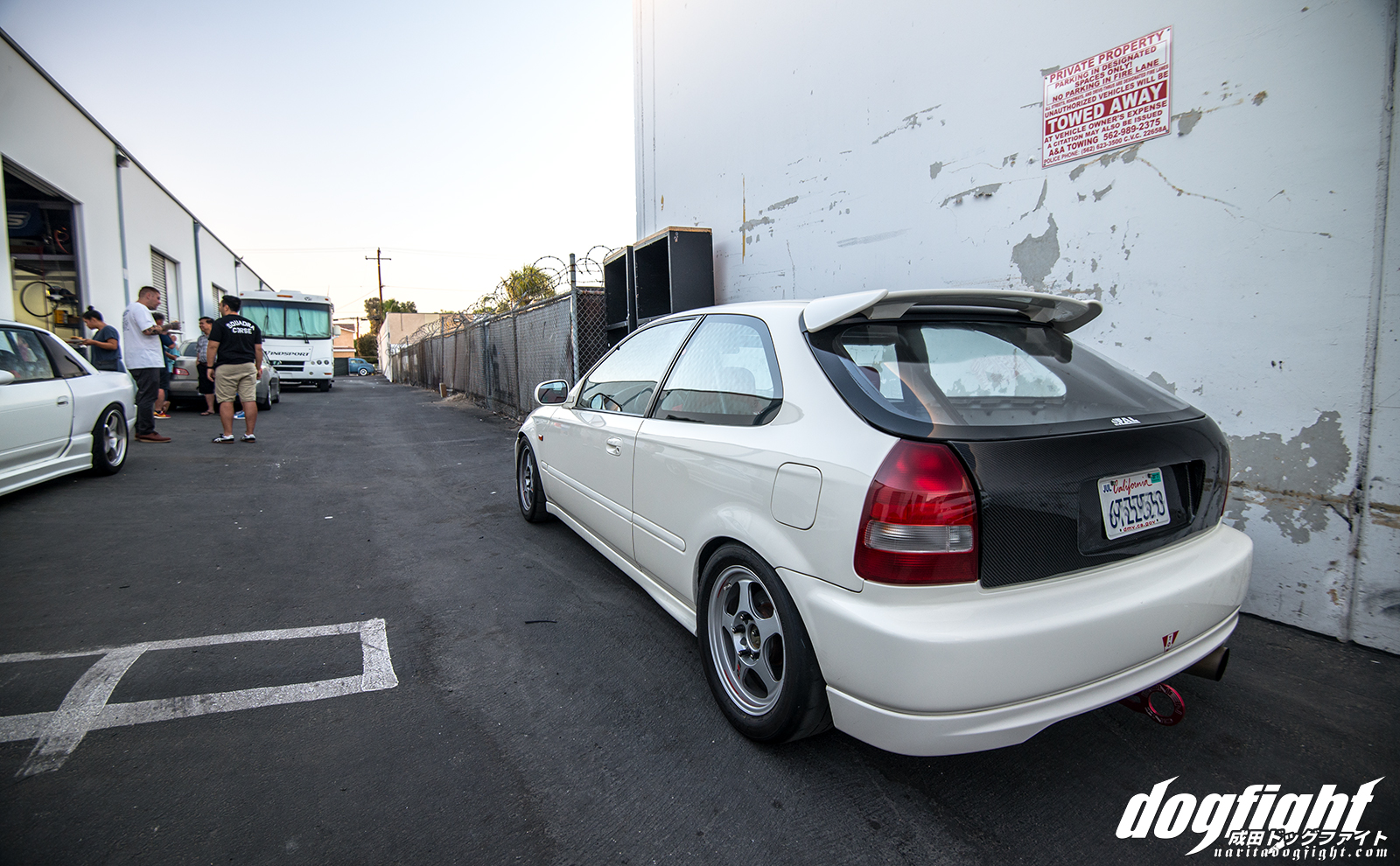 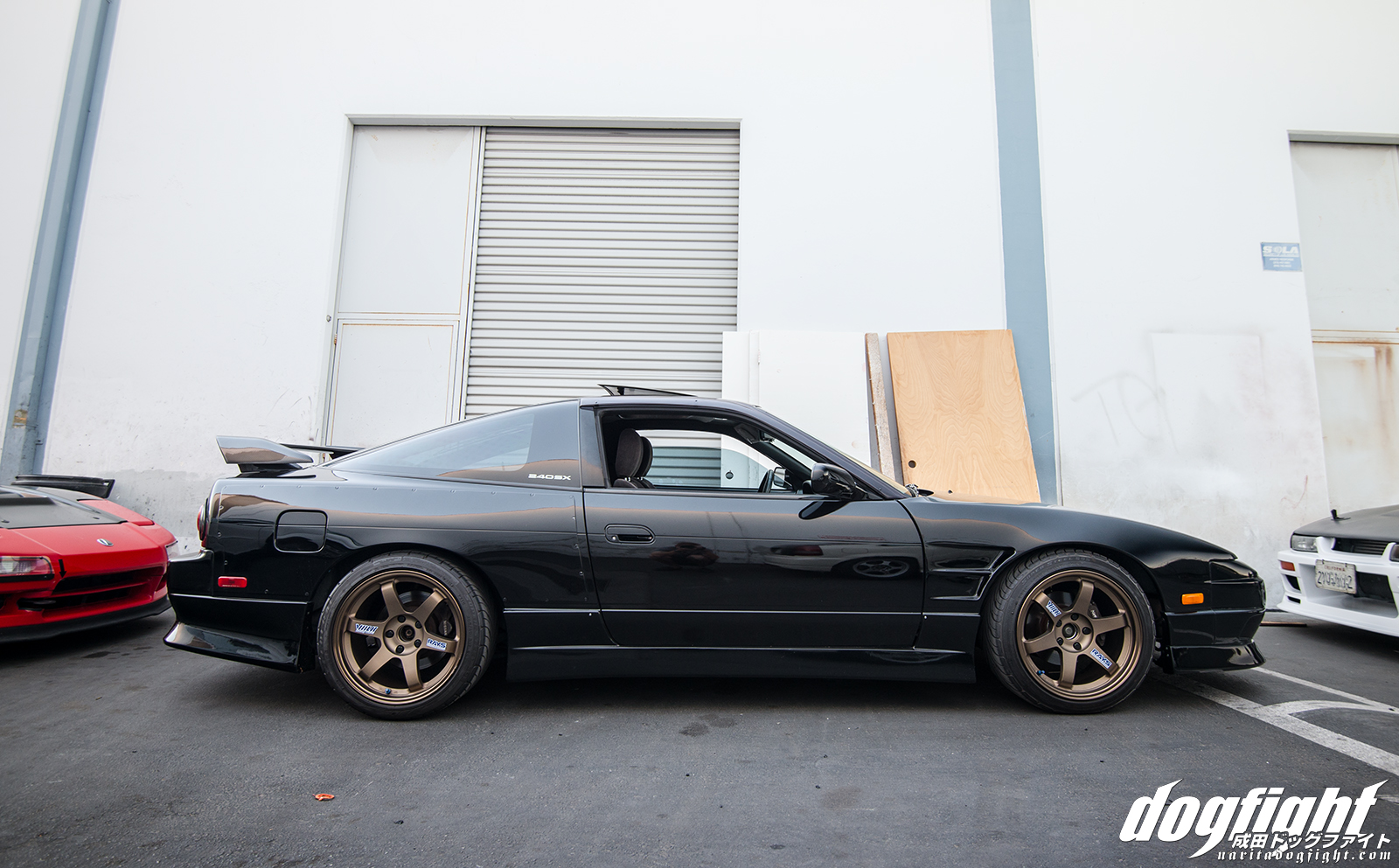 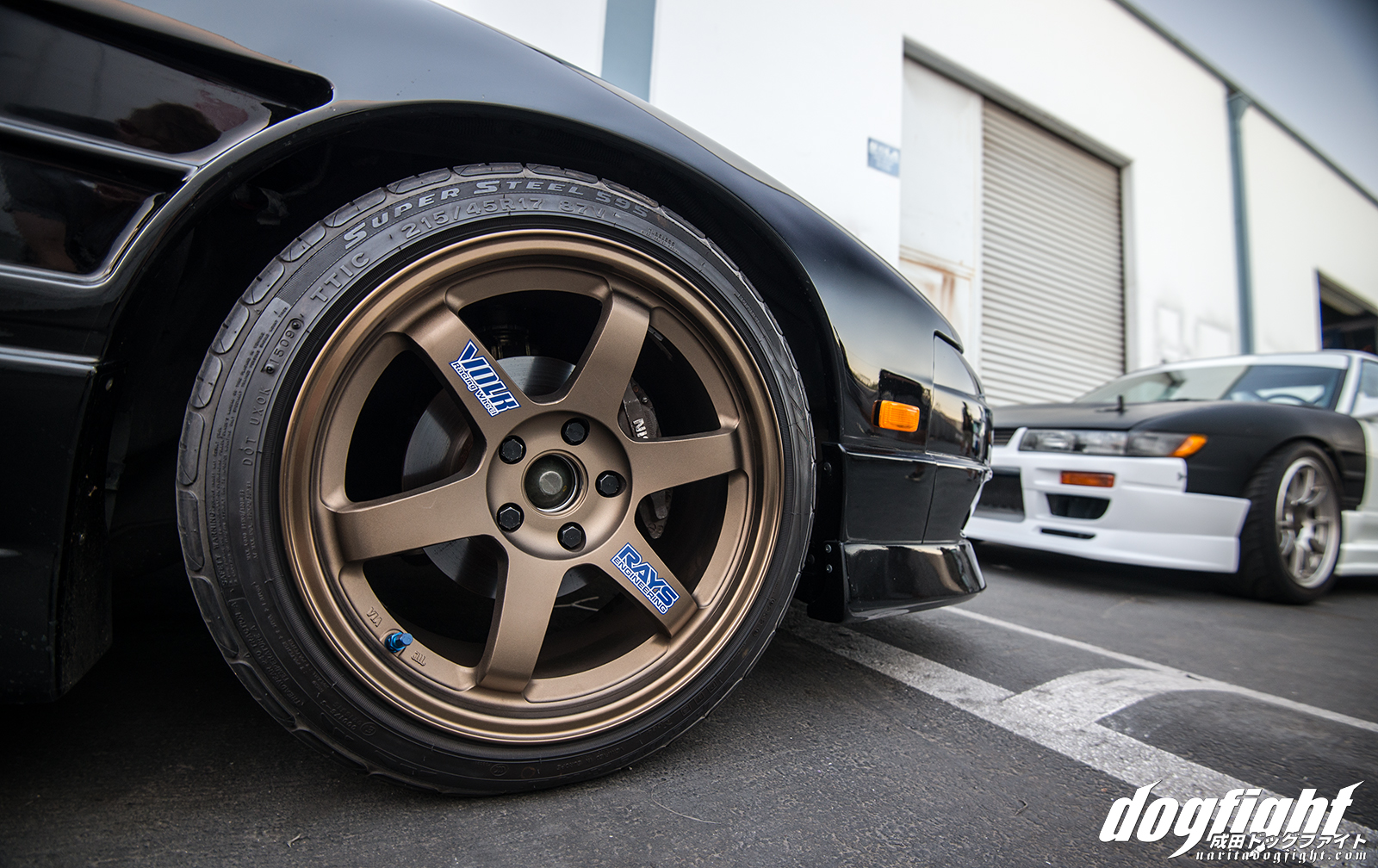 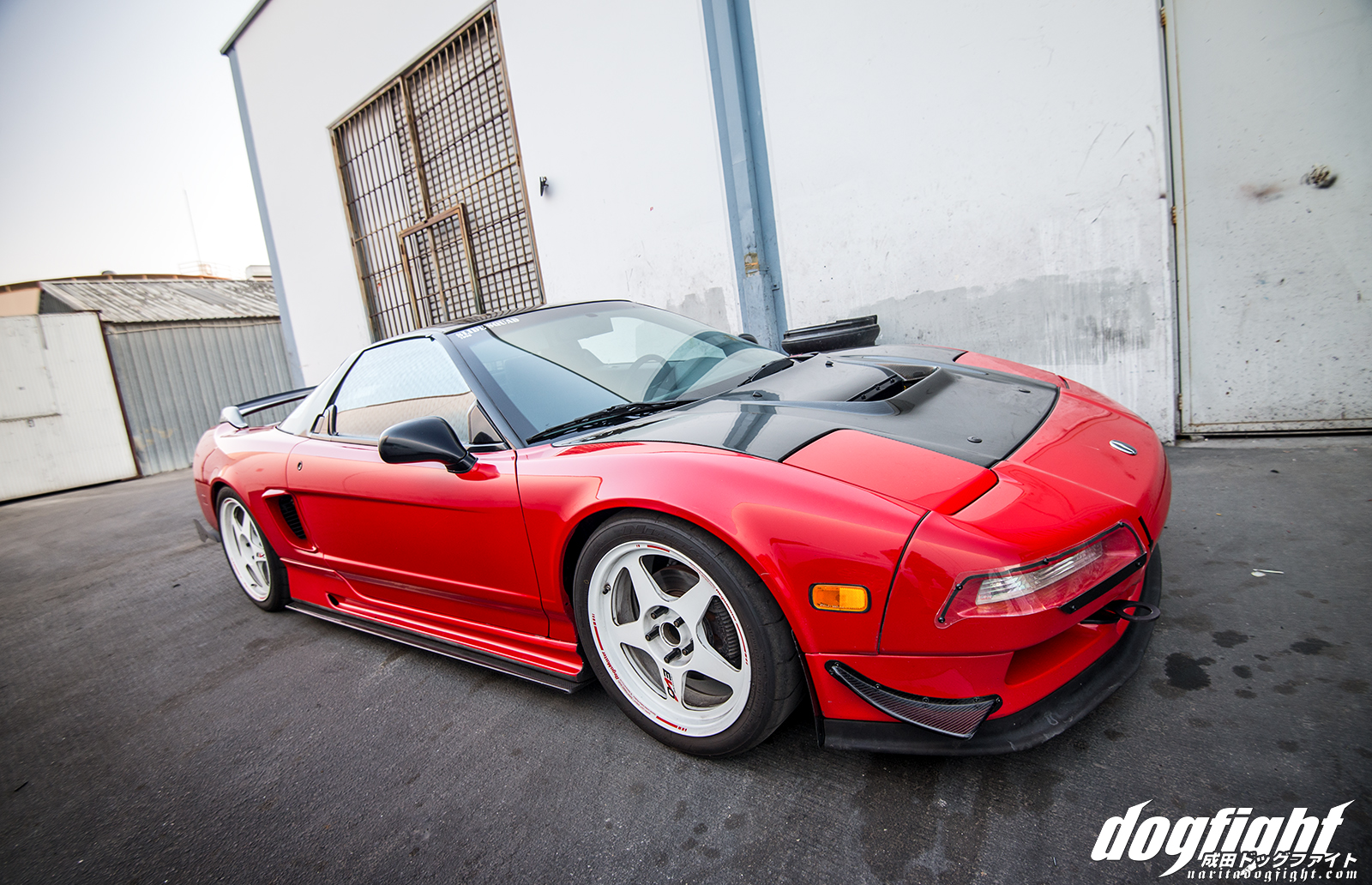 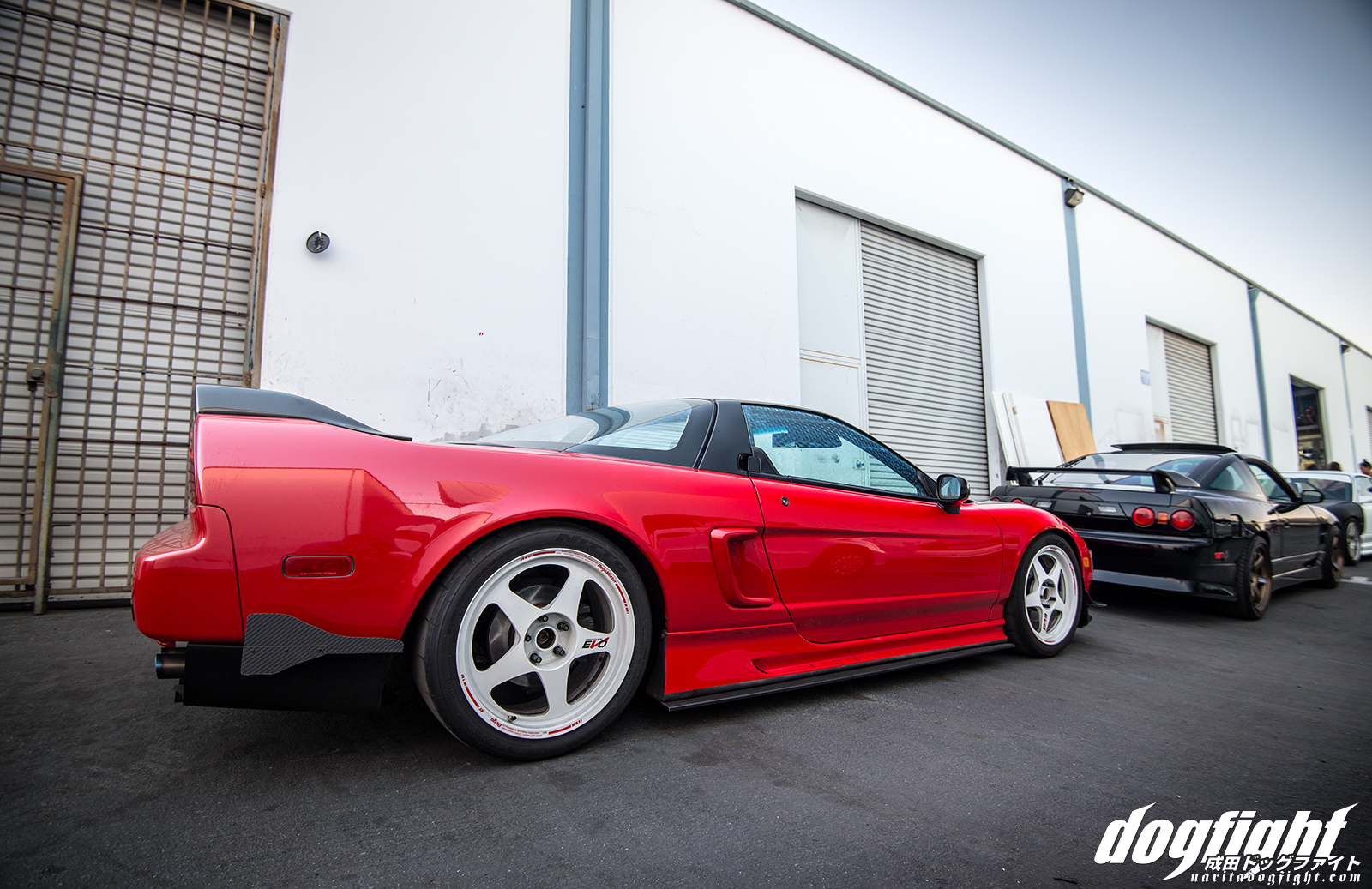 Will’s NSX looks amazing in ‘I can finally drive places in this thing now’ spec. 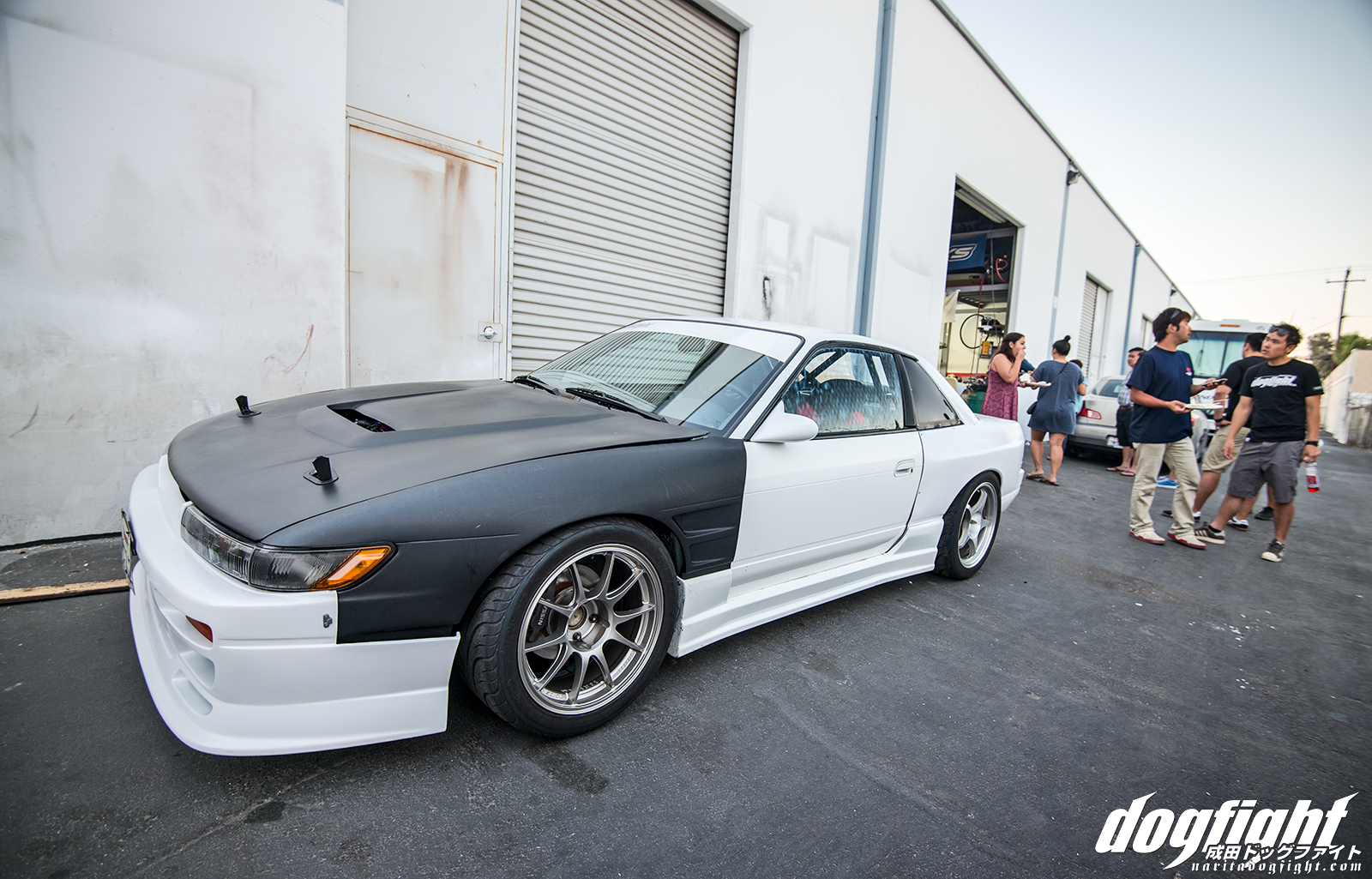 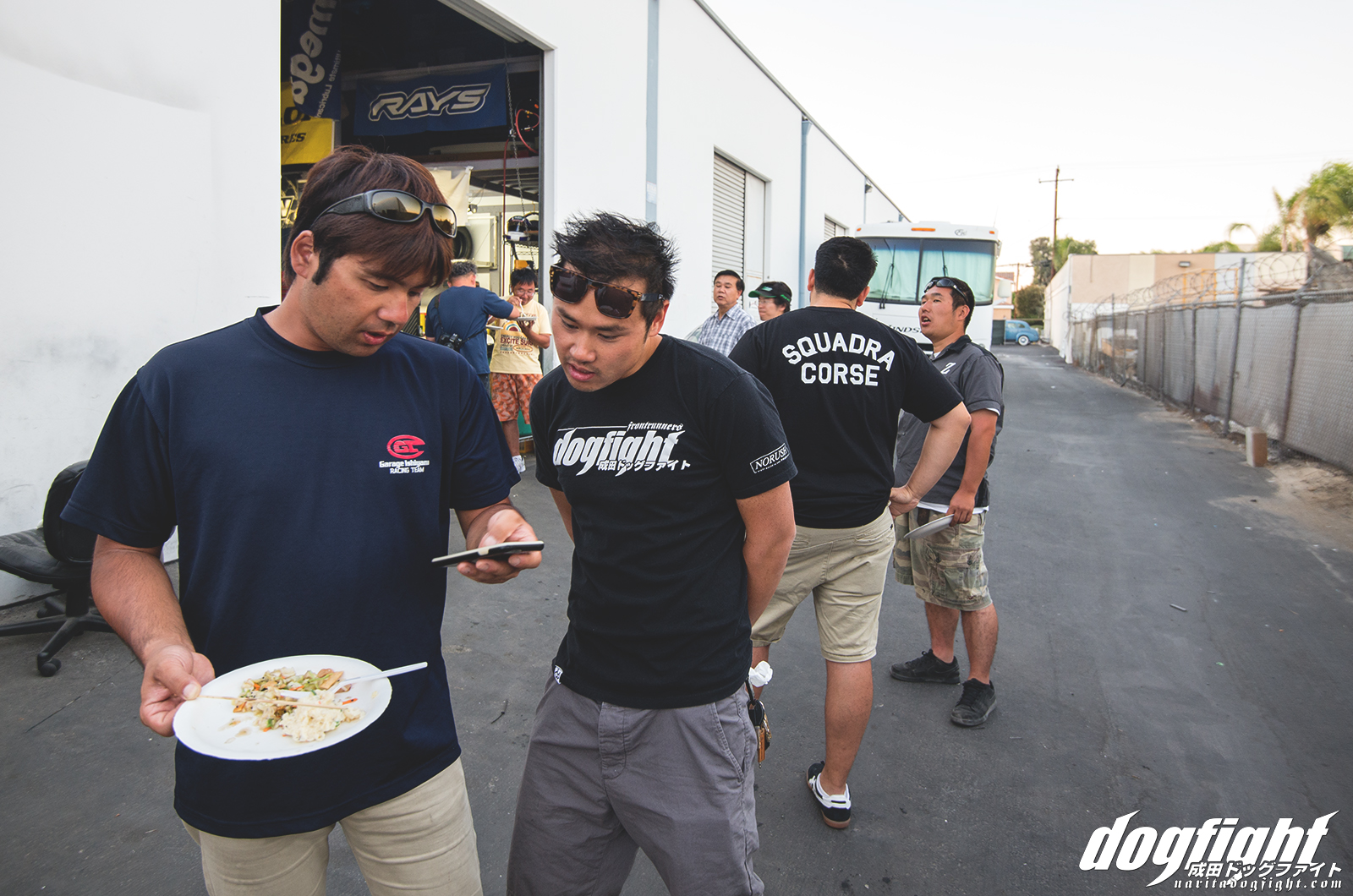 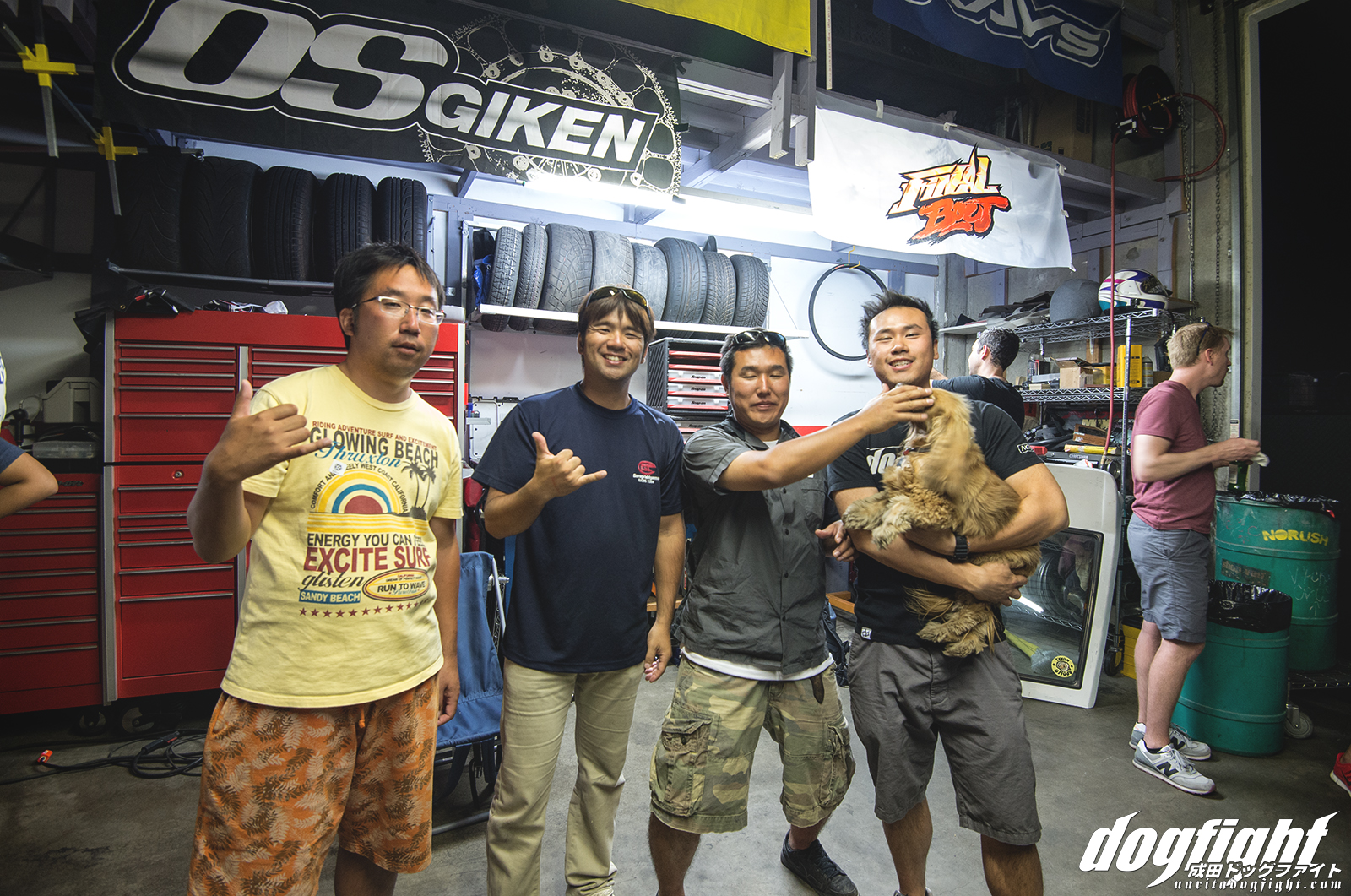 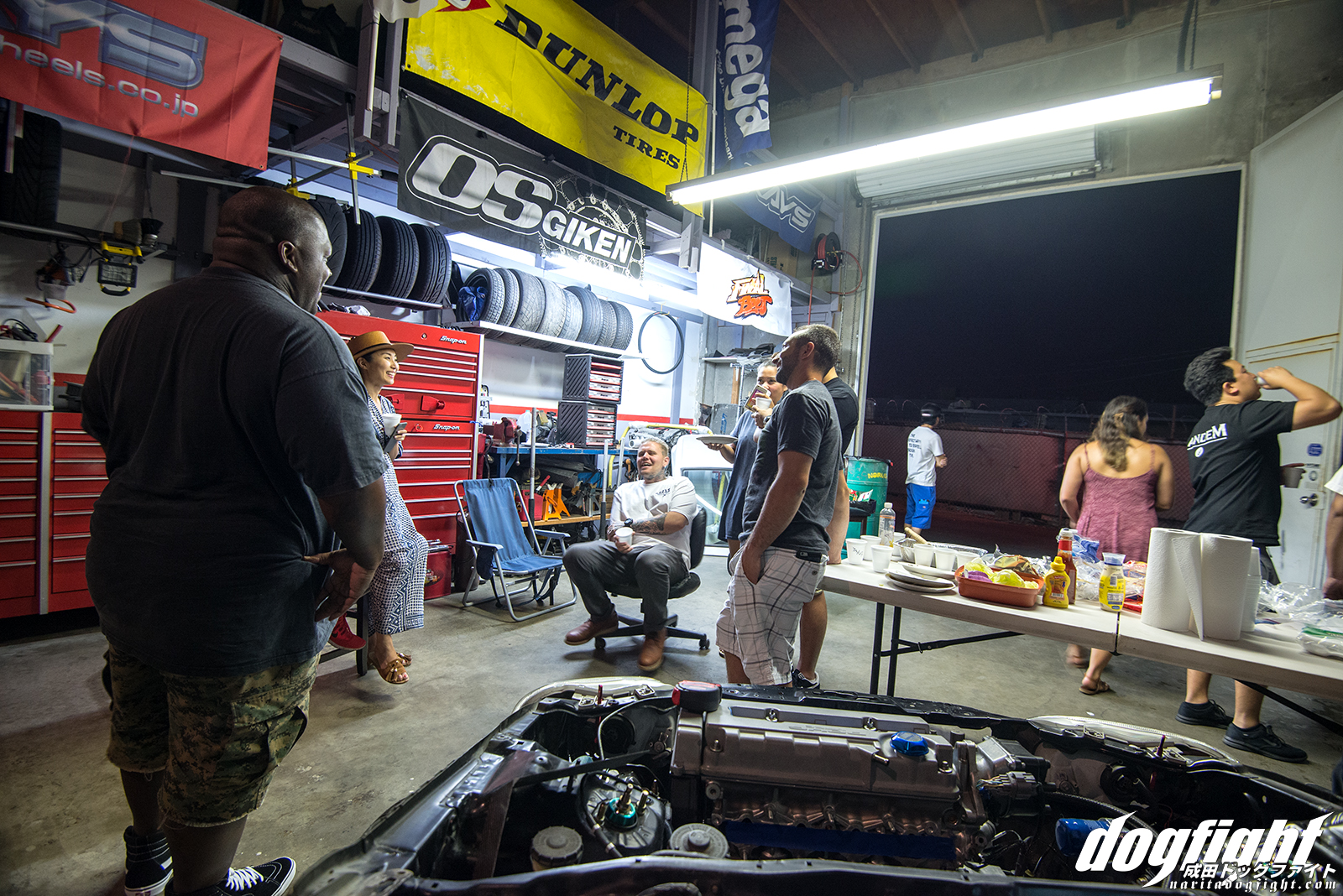 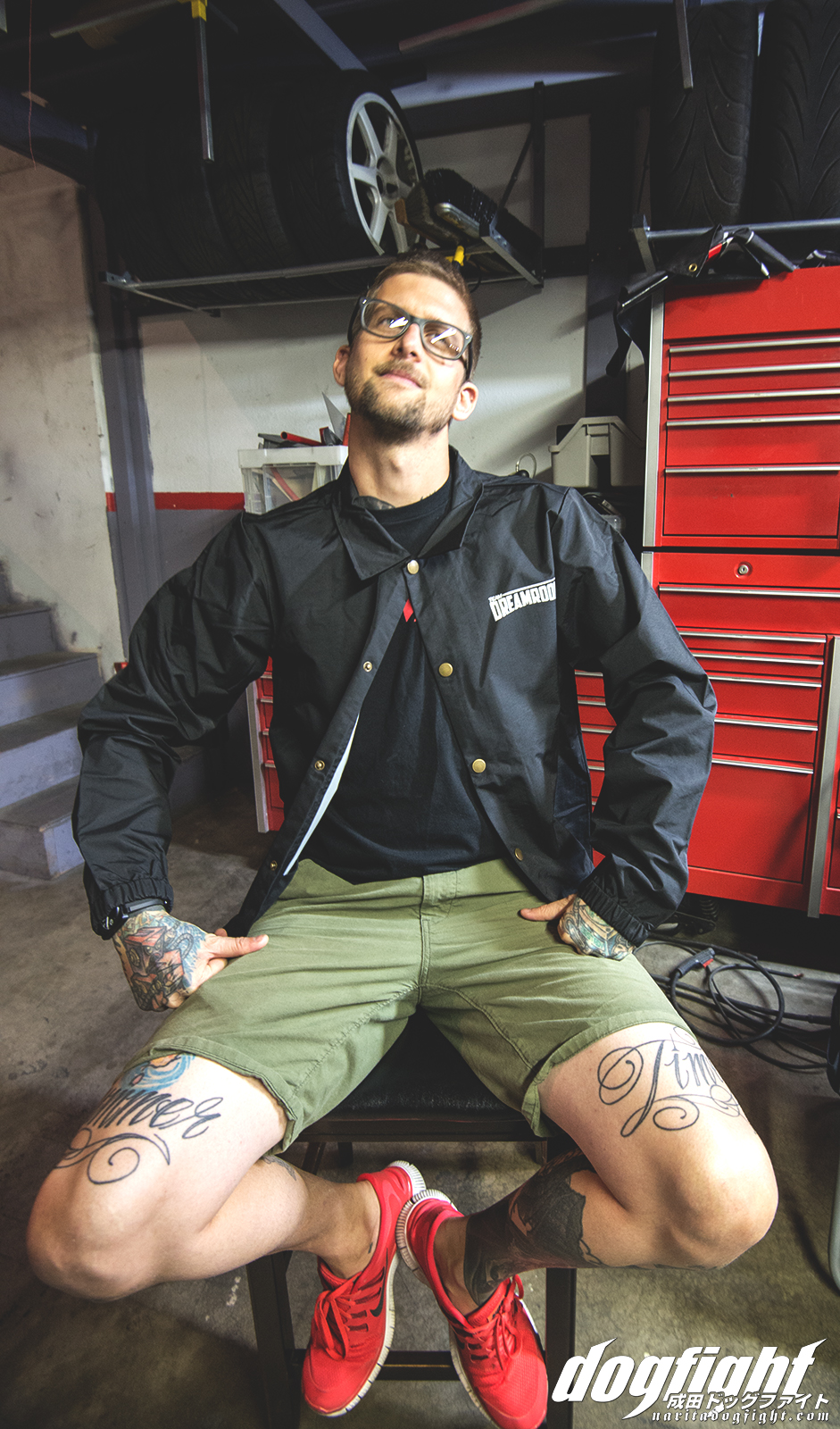 B-Love showed up sometime during the evening with the new Team Dreamroom windbreakers. Will was kind enough to model for us. 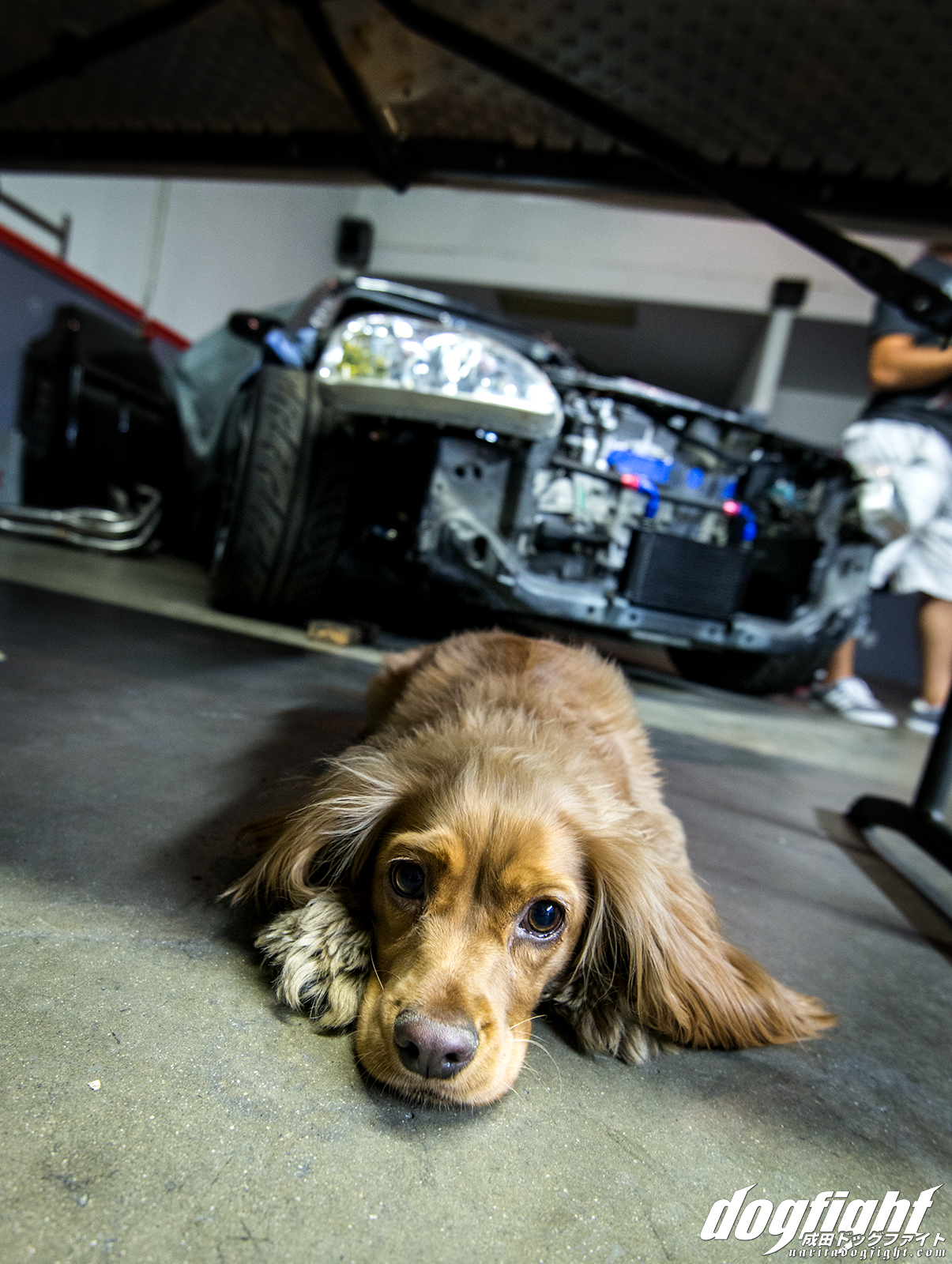 Penny got tired out from all the excitement and eventually took a nap under one of the tables. 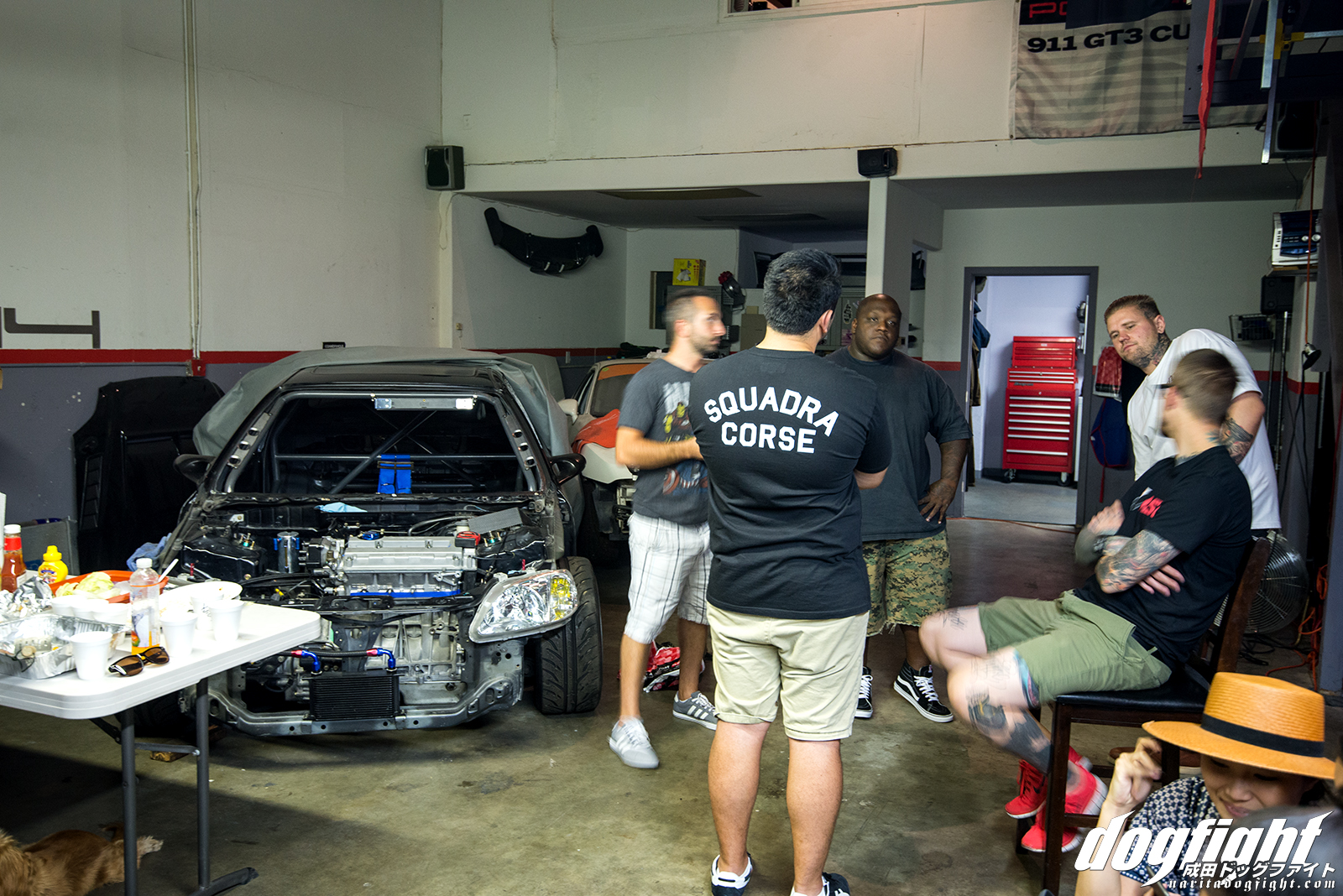 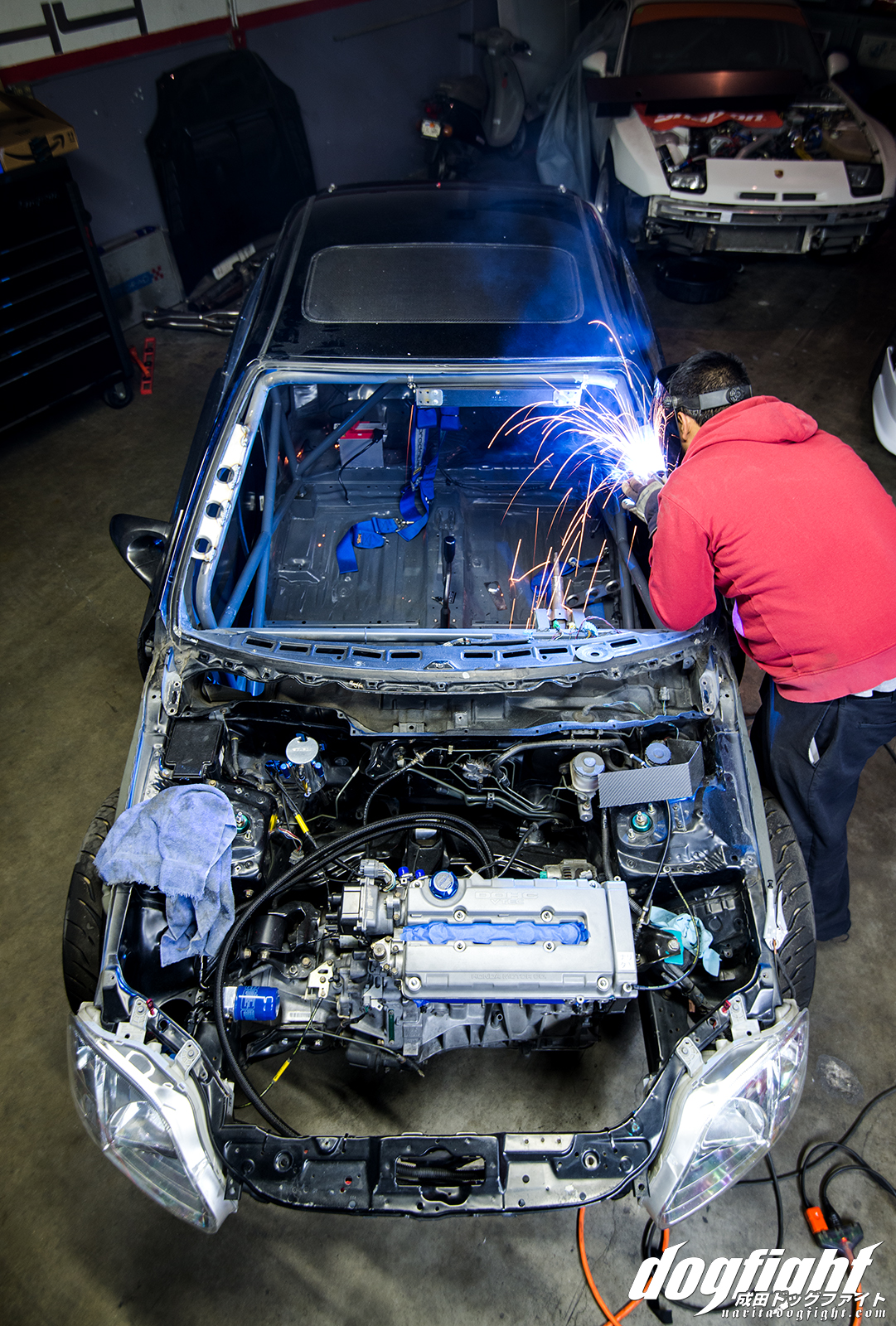 The next couple days Juan finished up the gussets on my cage.  Excited for two reasons: 1) The cage won’t rattle against the A-Pillar anymore at idle, and the floorboards won’t flex as much and 2) I can put a windshield back in.  Our shop is incredibly dusty for some reason.  I guess that’s actually three reasons. 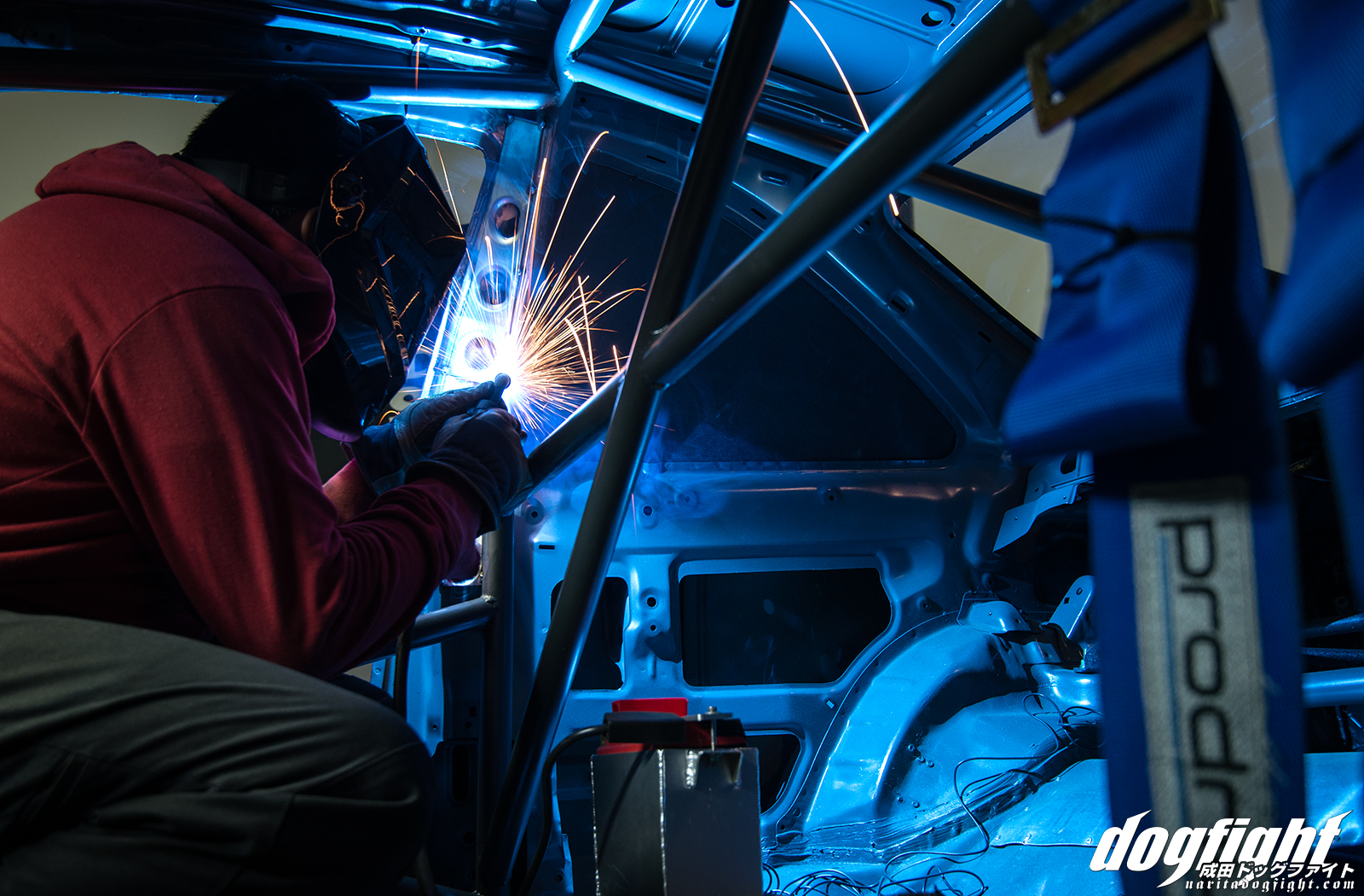 I swear I’m making progress on this thing…it’s just that I’m in norush.