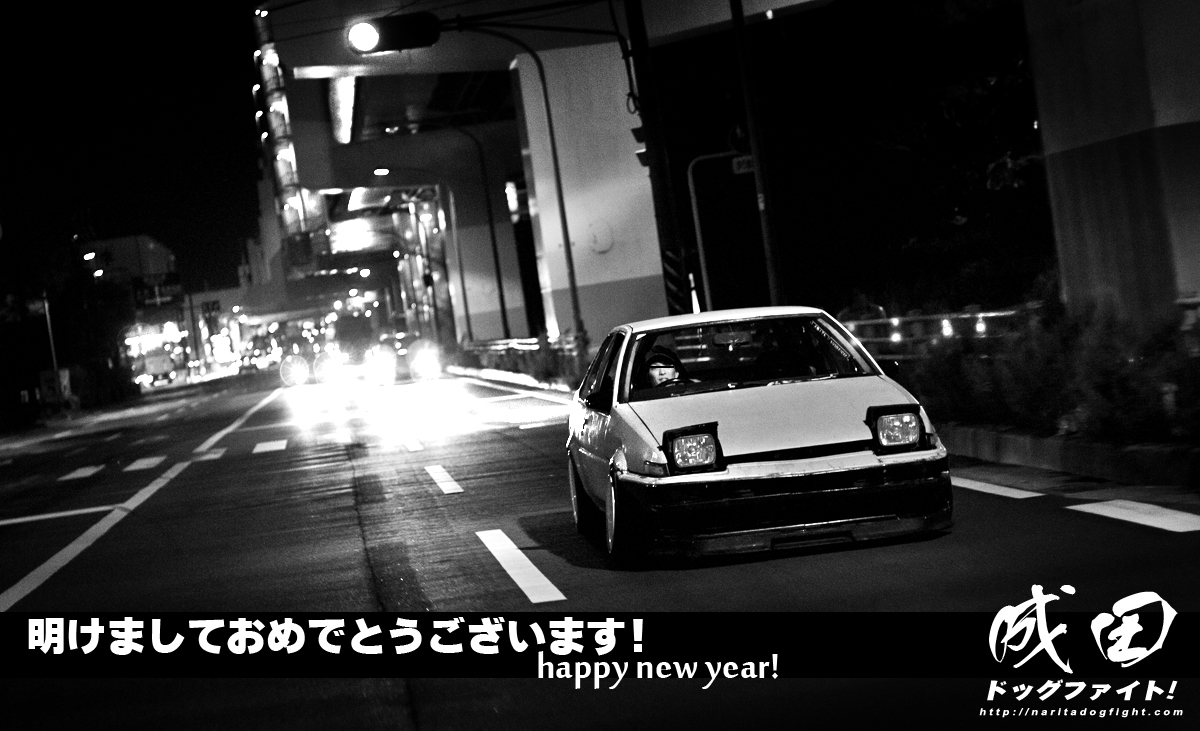 Today marks the final day of 2013, and with it fades another year.  Another 12 months, another 52 weeks, another 365 days.  Each hour leaving it’s mark, and seemingly departing us as soon as it arrives.   As I recollect on the last chapter of my life, it’s no wonder why it went by so fast.  I traveled nearly 50,000 total miles last year, across three countries, attended several dozen events, and met possibly hundreds of new people I now call friends.  I’ve nurtured past friendships, expanded on them, and unfortunately had to dissolve others.  The international community of motor sport, and automotive enthusiasts has grown, and with it we too have grown.  NDF has seen an increase in supporters unlike any other year.  Back in 2010, I never intended for this site to become what it is now.  It started out as something as simple as a means of sharing my experiences in Japan, a country that I’ve come to love, to those like minded addicts who don’t necessarily have the means of doing the same.  Over the years however, it began to change into something more.  A network of sorts.

It started from a love of sharing, cultivated by the individuals behind the cars, and it grew…and it continues to grow. I can’t imagine what my life would be like without it now.  A simple media website, has grown to become a medium that now defines a large part of who I am.  The effort I put into the site is equivalent to a full time job; possibly more.  Except, instead of getting a paycheck at the end of the week, I’m compensated in a unique satisfaction.  Seeing the fans enjoy what’s posted, or getting positive feedback on my photography (which needs work I know), gaining new opportunities, helping people learn about new builds, or experience life in Japan, meeting new people.  All these things, in a sense, are worth more than money to me.

Keeping a website devoted purely to the Japanese automotive lifestyle current, while not living in Japan is a tough gig.  Trust me.  It’s a challenge, but it’s a rewarding one.  This isn’t a fly by night, cropped watermark, media thieving Facebook page.  I work hard to provide original media at no cost to anyone wanting to view it.  That’s a testament to all the other websites that put in the time, energy, and money to bring original content to the world as well.  In this world of digital media that we play in, creative commons are getting difficult to protect.  All this re-posting and theft of media is forcing many original creators offline.  It’s very discouraging seeing a photo of yours minus your watermark, with no credit given, used by other entities who are promoting their products.  But whatever, I’m not in this for the money, I’m not in this for any sort of recognition or fame.  In fact, very few people even know who I am (笑). I’ve managed to grow a network of some of the most unique, kind-hearted, creative, smart, talented individuals in existence.  In the US, Japan, Canada, Australia, Europe, there are these people, that I’m truly privileged to have met and for most, to call friends.

Everyone in NORUSH – Allan, Yuta (someone who has been a constant reminder for me to worry more about what I’m doing and less about others.), Dom, Kodi, Justin, Teddy, Kam, B-Love, Jay, Franklin, and Hung; a group of people who have over the past year inspired and pushed me to no end; people who I can easily call family.  The friends I see on a regular basis; Kristian and Dilly at SP, Amir, Kenny, Jake at Options, Charlie, Joey of The Chronicles, and many more.  Vincent, Noogz, Brilau, Cali of Dreamroom, Ryan, Mark, Will, Sully and everyone else residing North of us.  Charles at Import Tuner who gave me my first opportunity to be published; something that was a personal goal of mine that I never thought I’d realize so soon.  Everyone I’ve interacted with as a result of NDF existing has provided me with great experiences.  All the people whose cars I was privileged to photograph. In Japan, my great friend Sekinei, who not only contributes to the site on a regular basis, and acts as the Eastern arm of NDF, but truly gives me a second home while in Japan.  A friend that has opened the door to so many other relationships I will be  forever in debt to.  Takashi, an old friend who was a big support and encouragement in the site’s early stages. Harada, Kume, Nao of Garage Fun, Amisaki, Pon, Totsuka, Tayama, Nojima, Yuuji, Aku, Yui and all the other individuals in the Japanese Z community that have showed so much support.

Masuhara, KT, and Mr. Asso of Battle Evome, who have welcomed the site’s participation in the event with open arms; a relationship that means so much to me.  Along with all the drivers who serve as inspiration in my own racing ventures. People like Isao Mizota of Revolfe S.A. – a figure I will always look up to and a relationship I will never take for granted. Yukimitsu of Car Shop Glow , Sakamoto from Art Engine, Masahiro at Advance Flat Out, Matt Kingery and Park Baker of Constant Fun and HighTopFade respectively, along with Yoshi (NRT Buds!).  Three incredibly great people I’m happy to call friends.  Satoh at Satoh Engines, Kei of Abflug, a company who is always pushing boundaries of style, Tomo at Repzen, Kiyotaka and Tamon Shoji at Tamon Designs, Ikegaya-san at Utilitas, and Yuji-san at B-Wave.  Fukuyasu of Kanagawa street drift fame, and all around great kid, all inspire and push me to improve in many ways.  Scott and the great support at Koyorad.  Akira Nakai, Yoko Kubo, Nojima, Shinji, Seike of Idlers, Alex at Circuit Soul, Akira, Shimizu, Motomasu, Gary and all others involved with RWB or drivers of RWB Porsches.  A concept that has grown more than any one could have possibly imagined. There are dozens of people I missed, but that doesn’t mean they are any less important to me.  Actually I’m going to feel pretty bad for forgetting to mention people.  I actually dislike making lists like this, as any good friendship is on par with another; I felt it appropriate to share my gratitude though.  I wouldn’t have experienced anything with any of these people if it weren’t for NDF; and that is payment enough for me.  There is one thing that all these people have in common, and that is they do what they do because it’s a passion of theirs.  Not for money, not for fame.  With that said, even if NDF stopped growing, I’d be happy.  Any expansion in viewers was due to everyone reading this now.  I have all of you to thank for making it what it is today; nothing has ever been advertised or paid for.  It’s all word of mouth and social media.  I’m constantly blown away when I read people posting comments or receiving messages and emails saying that this is the “best blog”, or “awesome pictures, keep it up”.  It really means a lot to me and is extremely encouraging.  There are so many other great outlets, I feel humbled to even be categorized in with them. I’m not really sure why I’m writing this.  Maybe to shed some light on my intentions, be there any at all.  Maybe to just show my appreciation for everything thus far.  I’m a pretty closed off person, and writing something like this is actually difficult for me believe it or not.  This is probably the longest post I’ve ever written on this blog (this is post #501 btw).  The more I talk about how things affect me personally, the more vulnerable I am for any sort of backlash from it.  It’s unfortunate that sometimes people can abuse what’s put online.  That’s probably why I don’t write much of my experiences here on the site; maybe I can change that in 2014.  I think viewers enjoy reading about personal experience.

If anything the website has helped me stay busy and pursue new ways of creating.  Unlike other sites with teams of photographers and writers, I’d like to think as an individual I’m doing pretty good; then again, I have the help of a very gifted friend.  And together, I think we can achieve much more.  We can continue to bring people together over a common lifestyle. The lifestyle of late nights and early mornings, empty bank accounts and new car parts, the creation of ideas, expansion of friends, accomplishment of goals, the rush of new experience, the breaking of limits, the achievement of dreams, the laughs, and the love.

The lifestyle of motor sport.

Thank you for a wonderful year, and I wish you all the best in 2014.