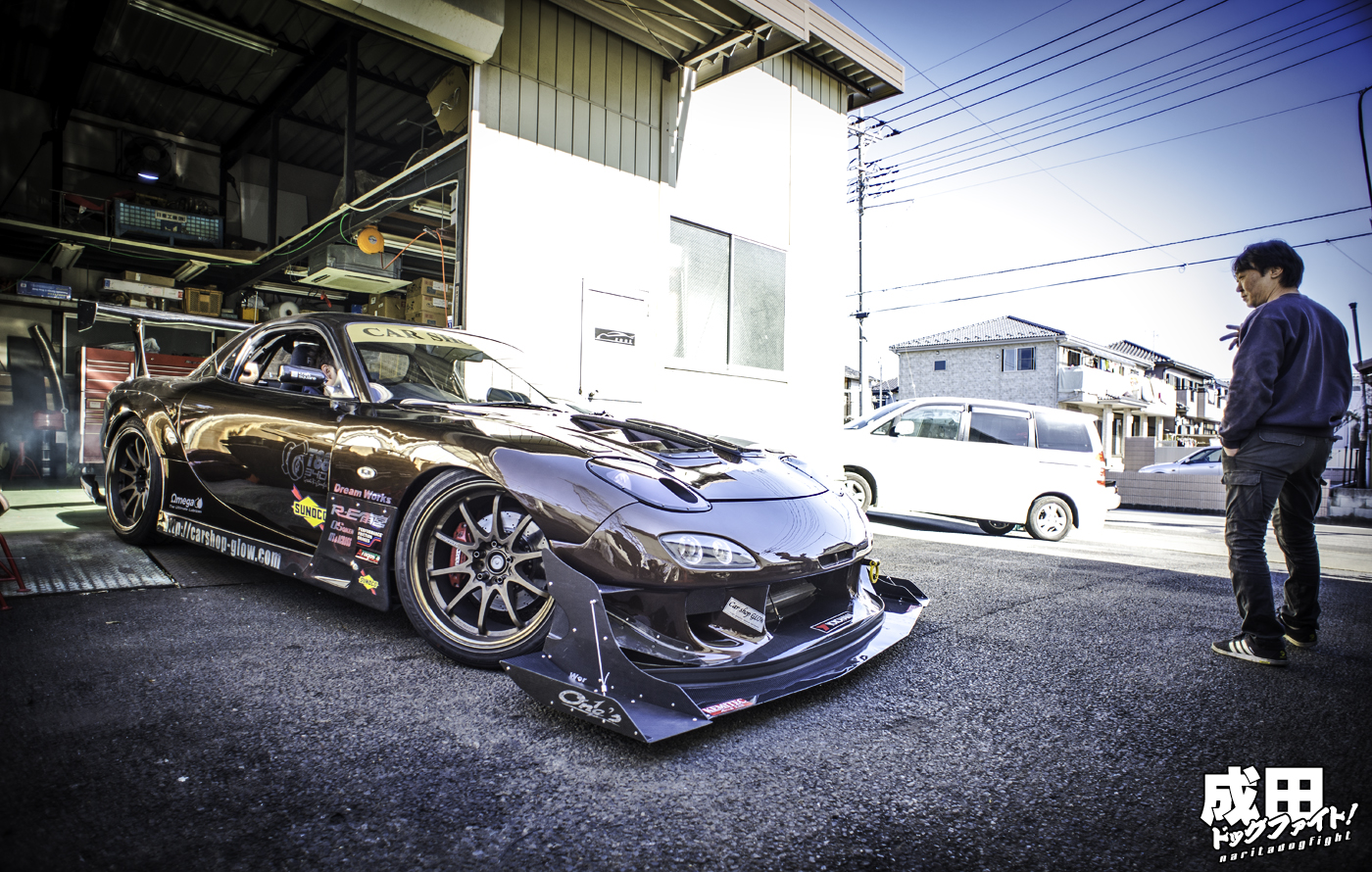 It seems like such a long time ago, although it was only a few months, that Sekinei and I made the quick drive up to the Misato area to visit Zest Racing.  Zest is a small tuning shop in the Saitama area owned by Mr. Yamazaki-san.  Yamazaki is responsible for quite a bit of engineering behind Hara-san’s FD; something most people don’t know.  Actually, the majority of the work done on the car is done here.  When we arrived, he was working on a new canard set up on the aforementioned FD.

Soon after we arrived, Yamazaki-san went down to the driveway and got us some coffees from the vending machine, and while Sekinei and Hara-san talked, I wandered around the garage and pried Yamazaki for information on all the cool stuff he had lying around; like a magnesium Mugen valve cover he had stuffed under a table. I took the opportunity to have Yamazaki put the whole front end back on the FD so we could shoot the car; the shots eventually ended up in Import Tuner.  I still can’t believe how this car blew up in the states.  Seems like since I posted the shots of the car at the Winter Cafe, everyone fell in love with it.  Now all of a sudden people are slanging the CSG taillights in North America, which is totally cool for Ken and Hara-san.  I’ll stick to the attack side of things though, as you all know I’m not much on the show stuff. Mr. Yamazaki mounting up the splitter extensions.  Yamazaki has been in the industry for quite some time, starting out in the late 80’s modifying a variety of cars.  In 1999, he began focusing more on time attack builds and customers who focused on weekend racing, so to speak.  Finally, just last year in 2013, he branched off on his own and opened up Zest; a shop which devotes Yamazaki’s full experience to date to create a new future of tuning. I thought about releasing a canvas of this shot here, as I really think it captures the whole essence of the car; driver and builder.  I may still do it if I find the time. It was a whole production just to get the car out of the shop…it was actually quite amusing.

That flatbed truck actually belongs to the G-Eyes shop, which is located right next to Zest.  It’s also, coincidentally, where my good friend Nao-san built their Taikyu MR2 (SW20). I love how, in Japan, some of the coolest shops are located in the most obscure neighborhoods. Driving around Misato, scouting for some locations. I shot this sticking out of the Highway Star’s sunroof.  Good times.