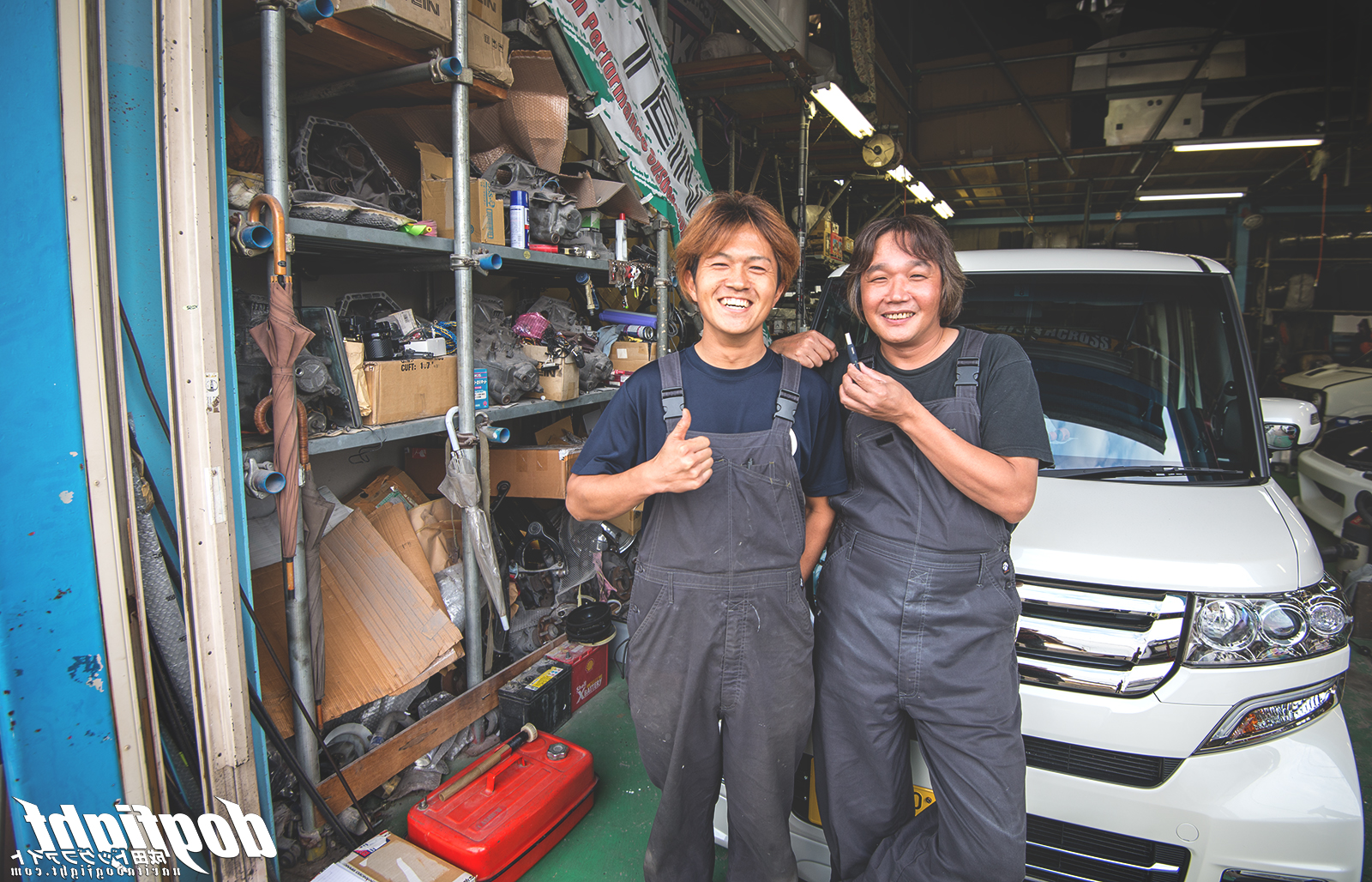 Thursday morning Kayla and I set off to Tokyo via the Tokaido line out of Yokohama Station.  I really dislike going into the city with a car, especially to Tokyo.  I mean, I’m not the biggest fan of Tokyo in general, and it’s just further compounded when I’m driving there; it’s not so much the driving, but the parking really.  We were walking around Meiji Shrine when I got a message from Kubo at Garage Work.  He was asking if I wanted to stop by the shop that afternoon.  I was literally in Chiba the day before visiting Masao at Technical Motor, and from a fiscal standpoint wasn’t quite in the mood to be going back again, but honestly, I could never pass down a visit to the one shop that influences me in a way no others do.

It’s really strange for me to visit Garage Work, or any shop for that matter, and not take any photos.  There’s usually something that’s interesting to photograph, or some feature of an existing build I like to showcase.  This time though, was a little different.  I came to Work solely to observe, and aside from chatting about current events, that’s it really.  Having talked with Kubo earlier in the month, I knew not much was going on (as is the case during Summer months), with his car, or the shop in general really.  Since his crash last year, Iwata has been working on rebuilding his EG; but not just rebuilding it in the general sense.  When it’s unveiled next year, I can imagine people will be using terminology like ‘over the top’, ‘insane’, ‘something only Garage Work could fathom’ – at least I will be, and I’ve already seen it.  When I first heard about Iwata’s plans last year, I thought to myself how much of an undertaking it would be.  This type of creative thought process however, really gets me pumped up about cars.  It’s creative minds like Iwata-san’s that are able to push the envelope of what we think is possible in the sport, and define the boundaries that we push ourselves past.  I mean, who else would imagine running a 55 second lap around TC2000 in an NA Civic?

Just being in the shop, looking over the details of the builds there, reignites my drive to complete my car.  I wanted to convey this feeling to Iwata and Kubo, so I dug deep into my limited knowledge of the Japanese language and did my best to explain the inspiration I was having.  No surprise, I couldn’t really come up with a way to express myself – closest I could say was something along the lines of being stimulated by his work (ha, I know).  Anyway, Iwata saw my frustration in this moment of pause, and more or less recommended the word ‘respect’; an alternative that definitely got me thinking about language; and in general, the meaning of words.  We have a lot of words in our language that overlap in meaning; words we call synonyms.  There are a handful of them though, whose overlap is only partial; in particular, the words ‘inspiration’ and ‘influence’.  The definition, or likeliness to other words, is really up to interpretation in some circumstances.

We’re inspired by things all the time.  Photos, stories, people’s actions, depending on the situation can ignite within us with a new found hope or revelation.  We’re moved by this sense of possibility and start to question things in our own lives.  We may become motivated to change our ways or take a new course of action in life or with a current project.  These people or things we see might even influence us in ways we want to replicate for ourselves (it’s worth noting that we shouldn’t use the word ‘inspired’ as a way to acceptably reproduce original works for our own gain – as many people do).  With the way our world is today, and the ease of sharing the whole of our lives, it wouldn’t be a stretch to say that we see something inspiring every week, if not every day.  Wouldn’t you say, though, that it’s rare that we act on these inspirations?  How many of us actually follow through on the new commitments we set (think new years resolutions, ha)?  I wonder if the frequency of inspiring things we see has a direct effect on how much of an impact they have on us, and if this bears any relation to not acting on them.  So, I’d be willing to say that in this case, the meaning of influence has more power than inspiration.  Whereas influence has to do with actually swaying your actions; influence makes things happen.

On the train ride home, watching Kayla doze off from across the other seat, I kind of spaced out and began to connect my real life experiences and what I do for this website, to both my ability to be influenced, and my ability to influence.  I think, and this may just come with age as you experience new things, I’m not easily influenced.  A favorite quote of mine, in the movie ‘Lost in Translation’, is said by Bill Murray while talking to Charlotte on the subject of her doubting her place in the world;

“The more you know who you are, and what you want, the less you let things upset you.”

It’s a beautiful, and liberating thing to know what you want in life.  Not many people can stake that claim, and I think it’s an important one.  It allows us to start focusing inward, and affords us the capacity to pay less attention to outside factors.  I think this is when you transition from someone who is influenced, to someone who influences.  I hope with this website, what we provide here, has at the very least, inspired some people to act.  That the photos or words on this site provide inspiration, or maybe even influence, to those who don’t get to the opportunities to make these relationships first hand.  It’s not always frequency that provides the greatest benefit, and I made the decision awhile ago not to post unless I felt like that post was worthwhile to me.  At any rate, Garage Work is among the few shops in motor sport that provides real influence, and inspiration, and motivates me to do my own work.

So, what is it that inspires you?