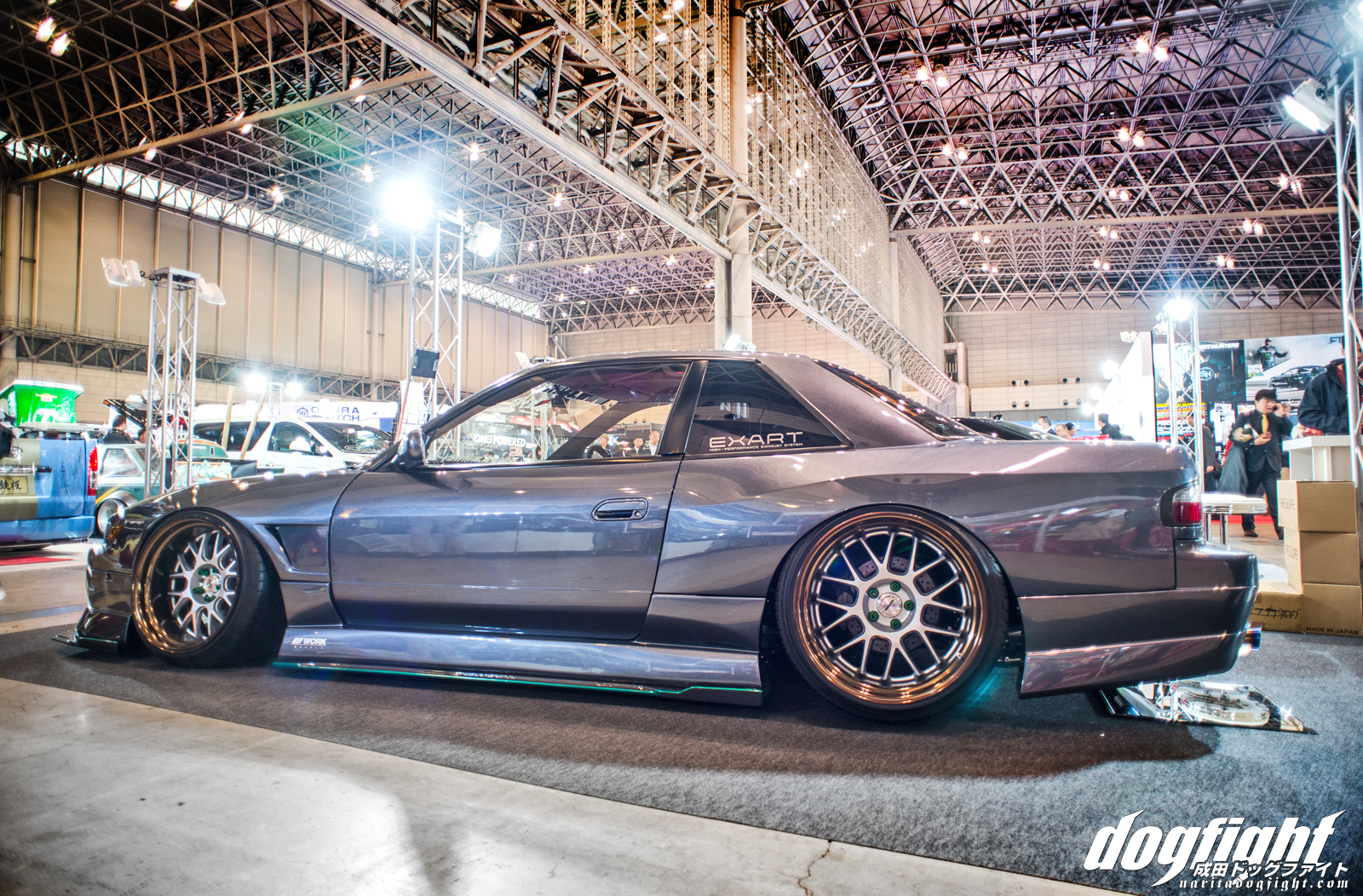 This week has flown by and I really haven’t gotten a chance to just sit down uninterrupted to edit and write.  All last week I was in Tucson for work, and have been using this week to kind of catch up.  I took the little free time I did have to spend at the shop working on the new motor and to start fabricating my dashboard.  I don’t quite have all the parts collected to finish the head yet, so I should be concentrating on other areas of the car, time permitting.  I have some work scheduled for it mid-February, and hoping to have a few open items finished by the end of the month.  I’ve also been working to restock the site store by, and wrap up the new shirt design – mostly by way of email correspondence!  We should have a few announcements coming within the next week or so.  In the meantime, I managed to finish the edits from Tokyo Auto Salon and have one final post for you – check it out below. 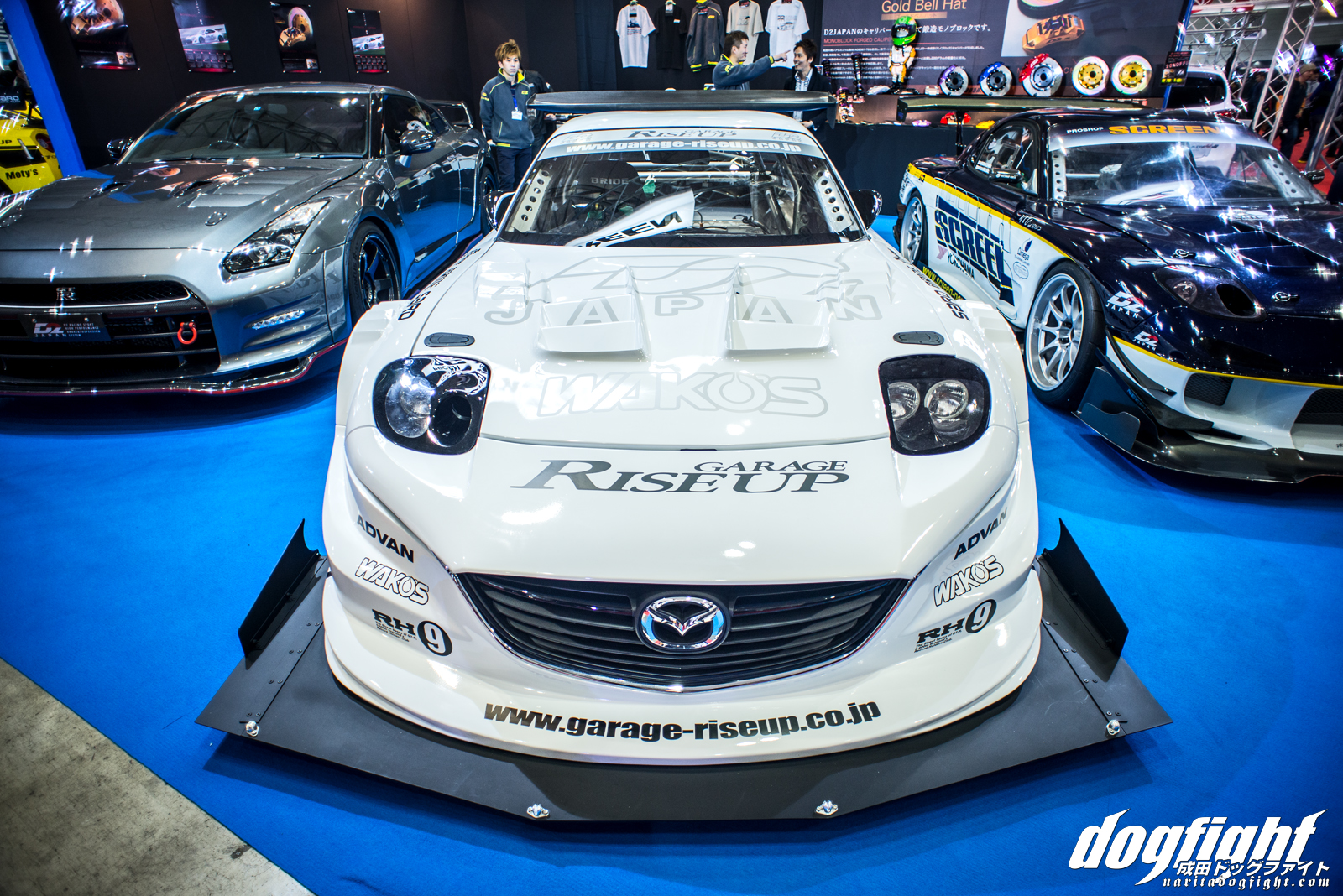 I don’t want my last post on TAS to be misconstrued in any way.  I started thinking about it after someone had commented on the Facebook page about it.  I’m not trying to downplay TAS in anyway, it’s a great event.  In fact, many people from all over the world plan their trip to Japan around that show.  I am not in Japan as often as I used to be, and that means choosing dates wisely.  It’s come to the point where the amount of opportunities I have outweigh the time I have to take advantage of them; and that’s something I am very grateful for.  I’ve worked hard over the past years to put myself in that position, and am thankful for the friends that helped along the way.  It would be different if I could devote 100% of my time to the site, but I’m just not in a place where I can make that a reality right now.  I have a self-defined prerogative to share with you up to date information and coverage of what’s happening in Japanese Time Attack events, so naturally those are the events I align myself with.  I’m glad this time I was able to do both, as there was a lot of neat stuff at TAS this year.  I was especially excited about the handful of Super GT unveilings.  If you have the opportunity to go I would highly encourage you to do so, and not to get discouraged by any of my opinions I throw up on the site.  I’d never want to unintentionally discourage anyone from doing what they’ve always wanted to do.  With that said, let’s jump into the second round of my selective coverage from the halls of Makuhari Messe. 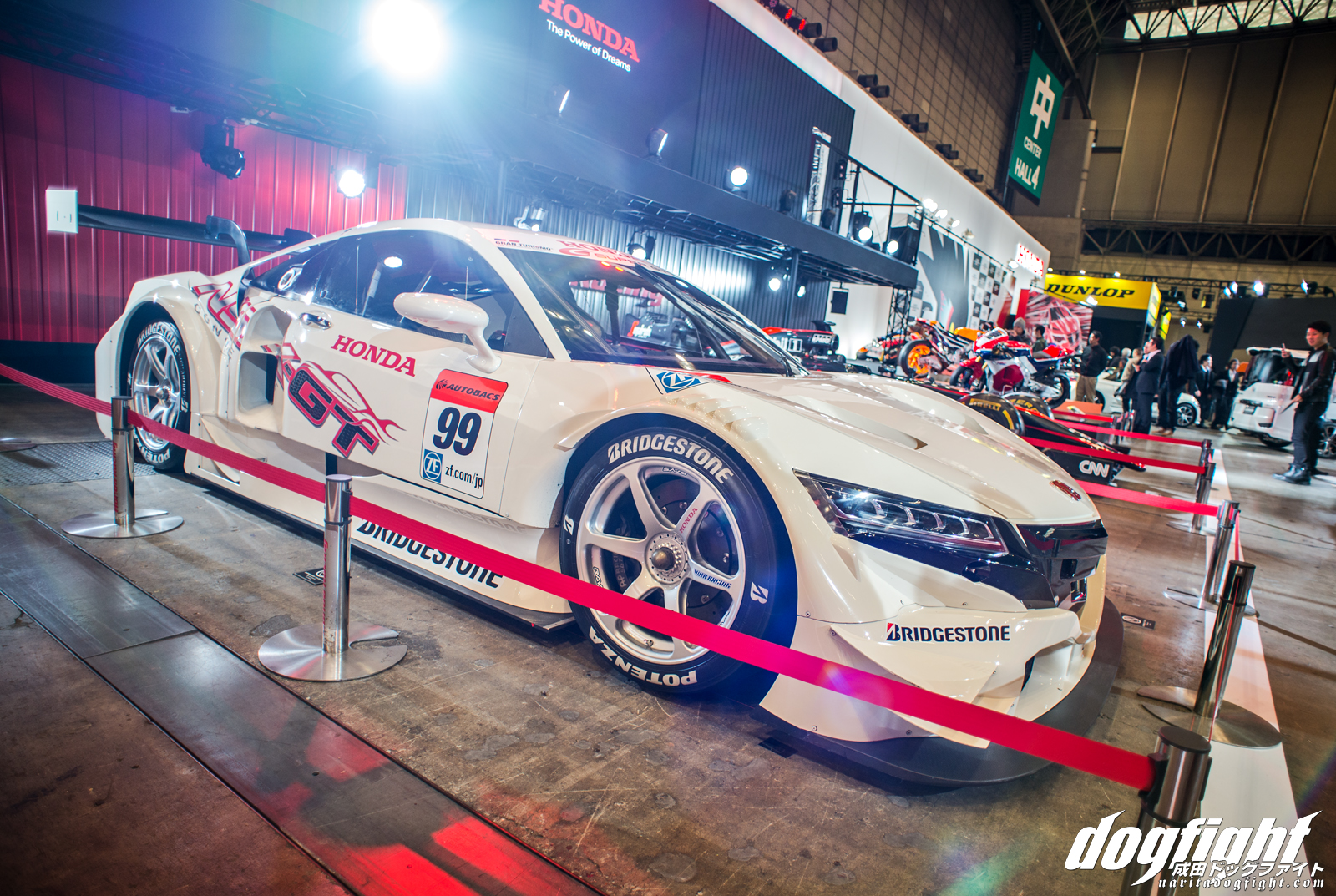 I certainly didn’t plan to attend TAS this year.  In fact, It’s been 5 years since I’ve purposefully started avoiding it.  If you asked me why I’d honestly have trouble explaining; it’s a massive undertaking that showcases some of Japan’s best builds…so what’s the deal?  Even as I type that out I’m squinting at the screen, eyebrows furrowed, questioning myself.  Ahhh…that’s right, it’s literally just a giant car show and frankly, car shows are just not my thing anymore.  The first TAS I went to was in 2009 – I went in 2010 too.  2011 was the first year I not only attended, but I covered it for the website as well; and it actually turned out to be my last.  In 2014 my good friend Sekinei was well on-board with NDF and helped source some coverage of the show as he was attending anyway, and in 2015 I basically just didn’t post anything despite having coverage.  I really just wanted to focus on our niche and at the time felt that anything else just contributed to a deviation of that (despite increasing traffic dramatically).  Or maybe I just got jaded that it wasn’t a unique experience anymore; I’m not sure.  So, you could say this year was sort of a fluke.  I was going to be in Japan anyway to attend Evome on the 16th, and I had media passes for TAS on Friday so I wouldn’t really have to deal with hordes of testosterone crazed Japanese men in search of booth girls, and I literally had no plans on my calendar.  Sounds good right? So why not return?

And who’d have guessed it – I had a really good time.