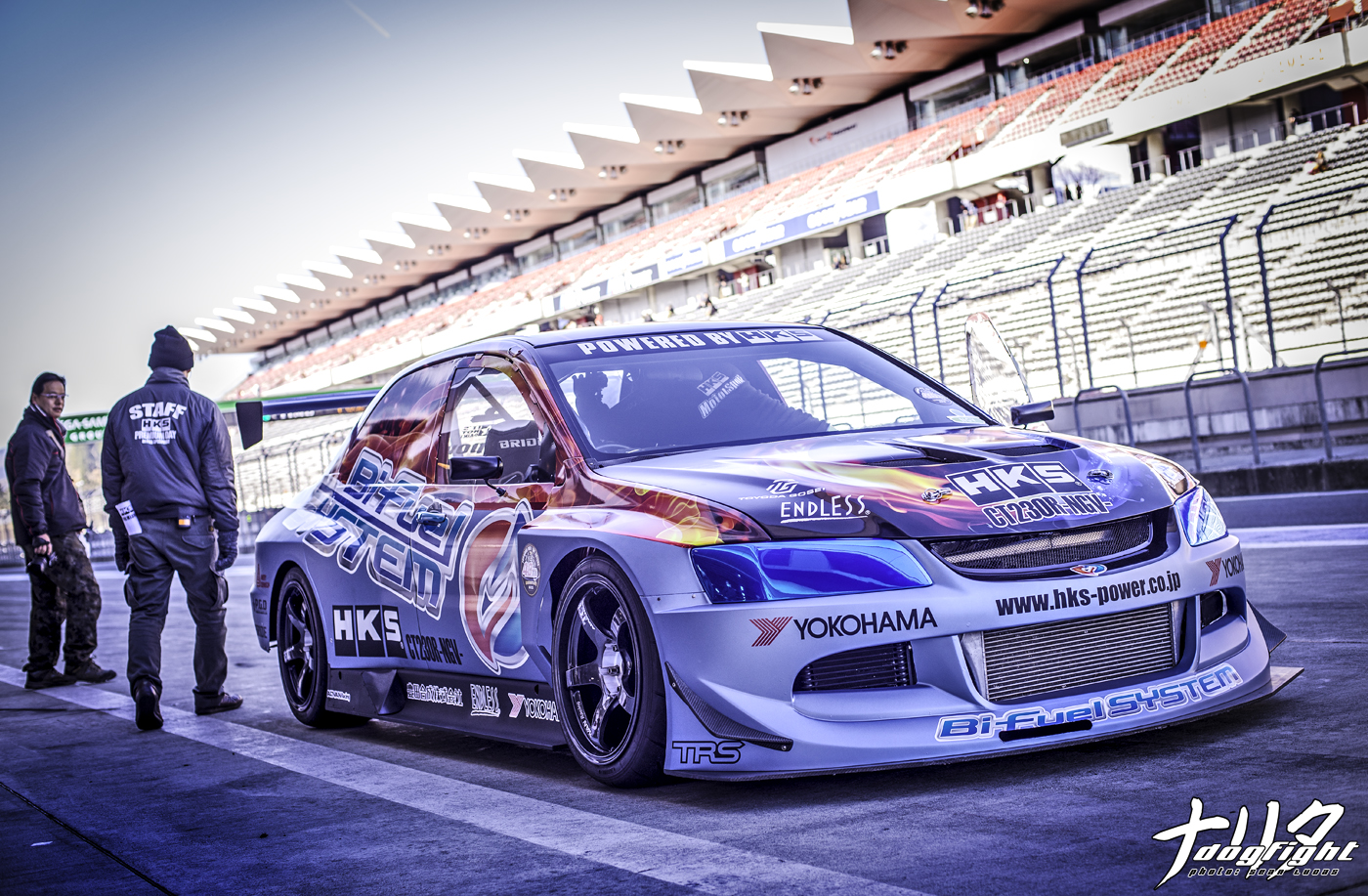 It’s a bit crazy to think that the car you’re looking at used to be the iconic HKS CT230R EVO – the one that used to be wrapped in red HIPERMAX vinyl (and just bare carbon before that).  The same car that ran TC2000 in a staggering 53.5 and was subsequently shipped to the US to destroy the Buttonwillow record (1’48.5).  That’s right; cue the ‘pour one out for your homies’ soundtrack of your choice, because this car is now powered by natural gas. 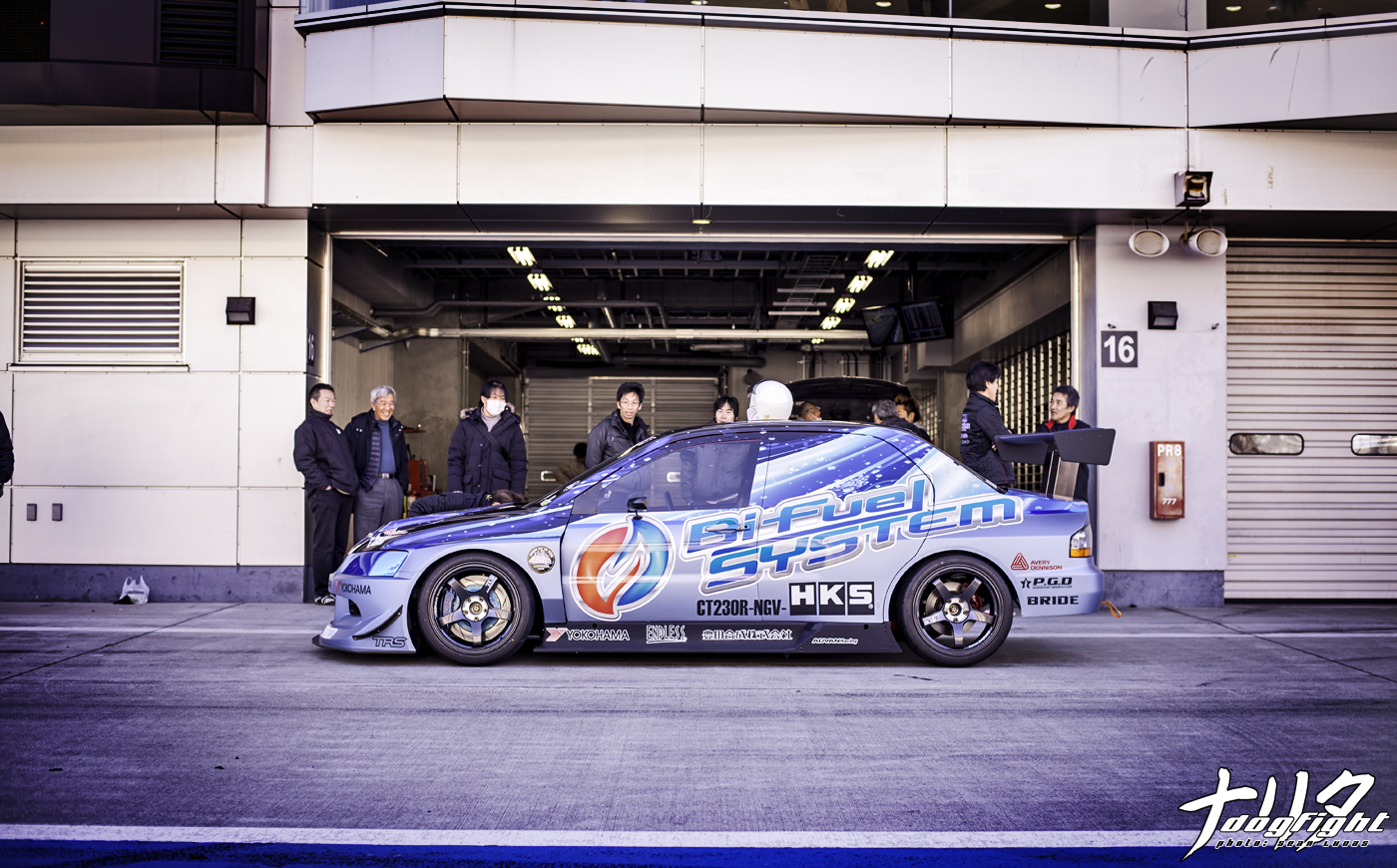 To be honest, I’m not sure what HKS had in mind as far as an end game went for the car.  I remember seeing it in 2013 at the Minkara Meeting parked in a corner with some other HKS cars, but didn’t think much of it…to be honest I didn’t recognize it as the same iconic chassis.  My guess is that the car was retired and they used it as a platform to develop new technology – as is the case for how quite a few developments come into place in the motor sport world.  I know there are a handful of diesel applications that this tech applies to already. 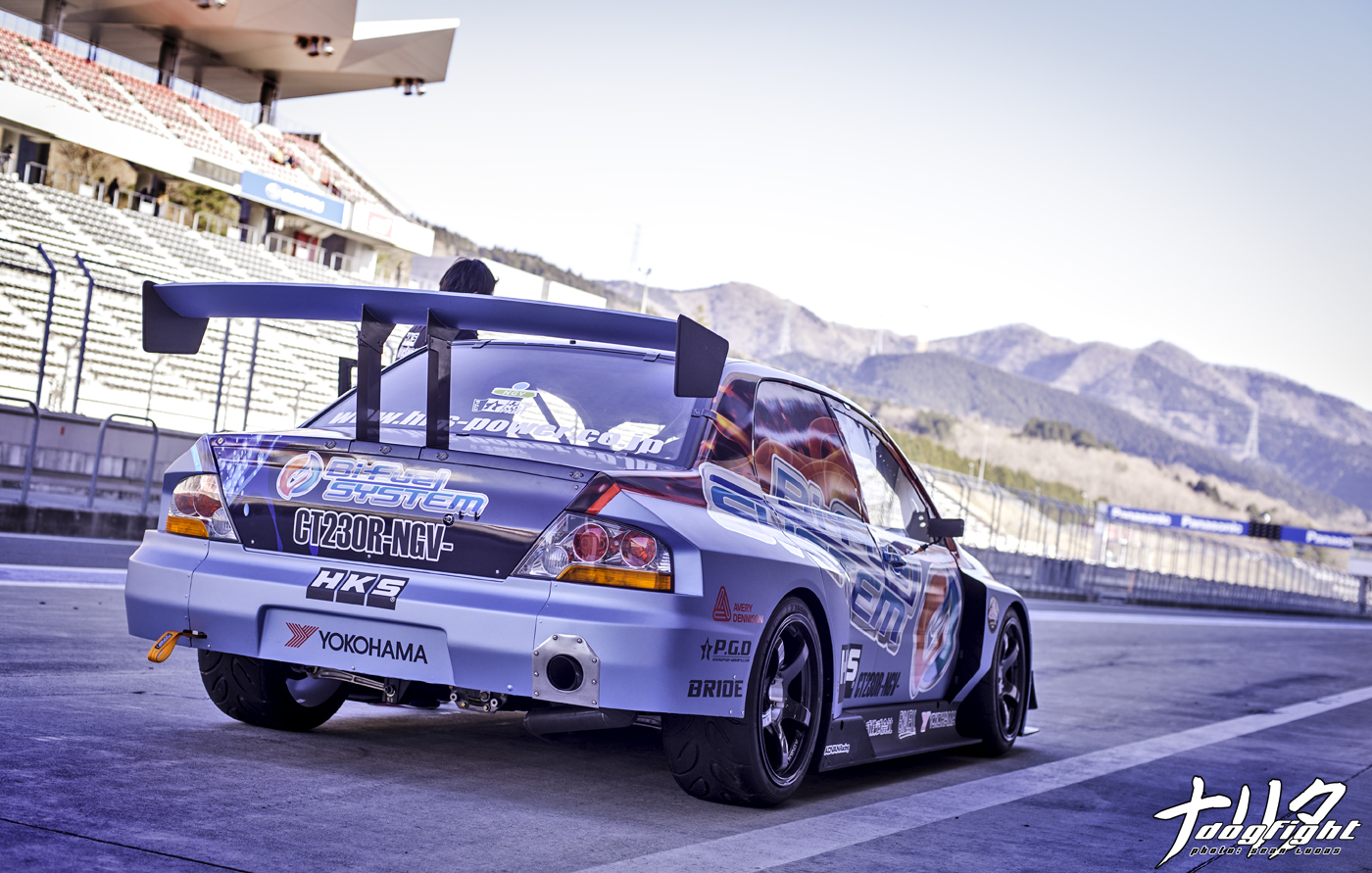 I can imagine the fans of cleaner burning engines are all about it!  Unfortunately though, I didn’t catch what time it ran around Fuji, or rather, if it was able to lap at limit anyway.