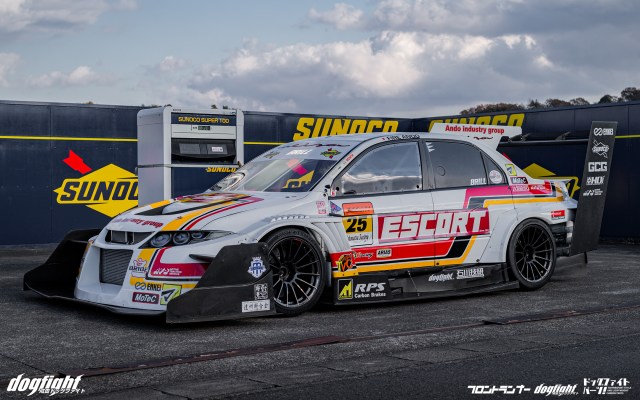 Three years ago when Yoshiki ‘Fire’ Ando and the expert team at Escort set out to claim the tuning car record at every international circuit in Japan, they knew it was a challenge that would demand perfection in all aspects of their operation. 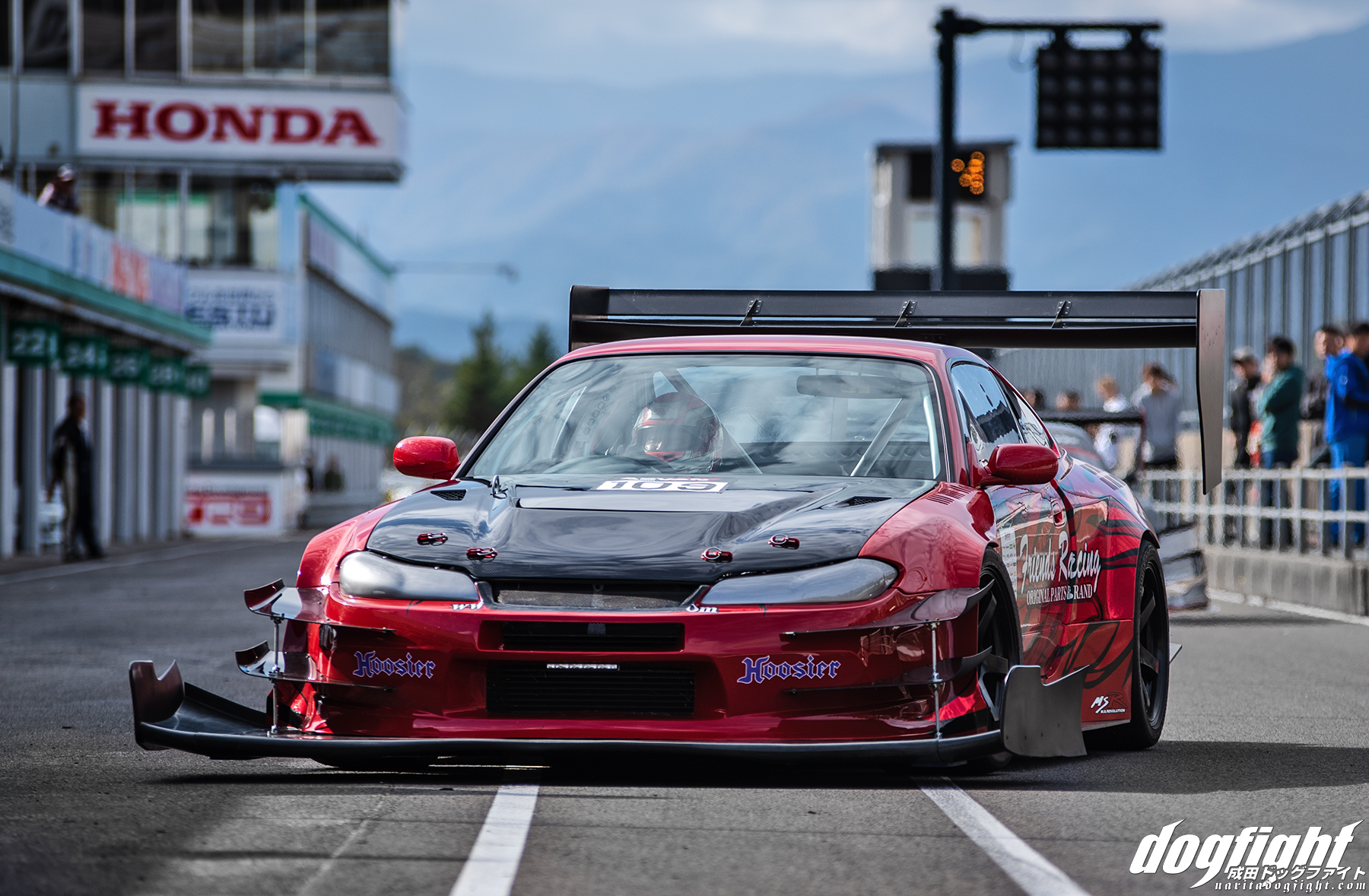 On the last weekend of October, Sugo Sportsland played host to the 2019 Attack event, officially kicking off time attack season in Japan.  The event, which typically has a smaller turnout due to location, was paired with the Goodluck Challenge; a local motor sport event at Sugo. 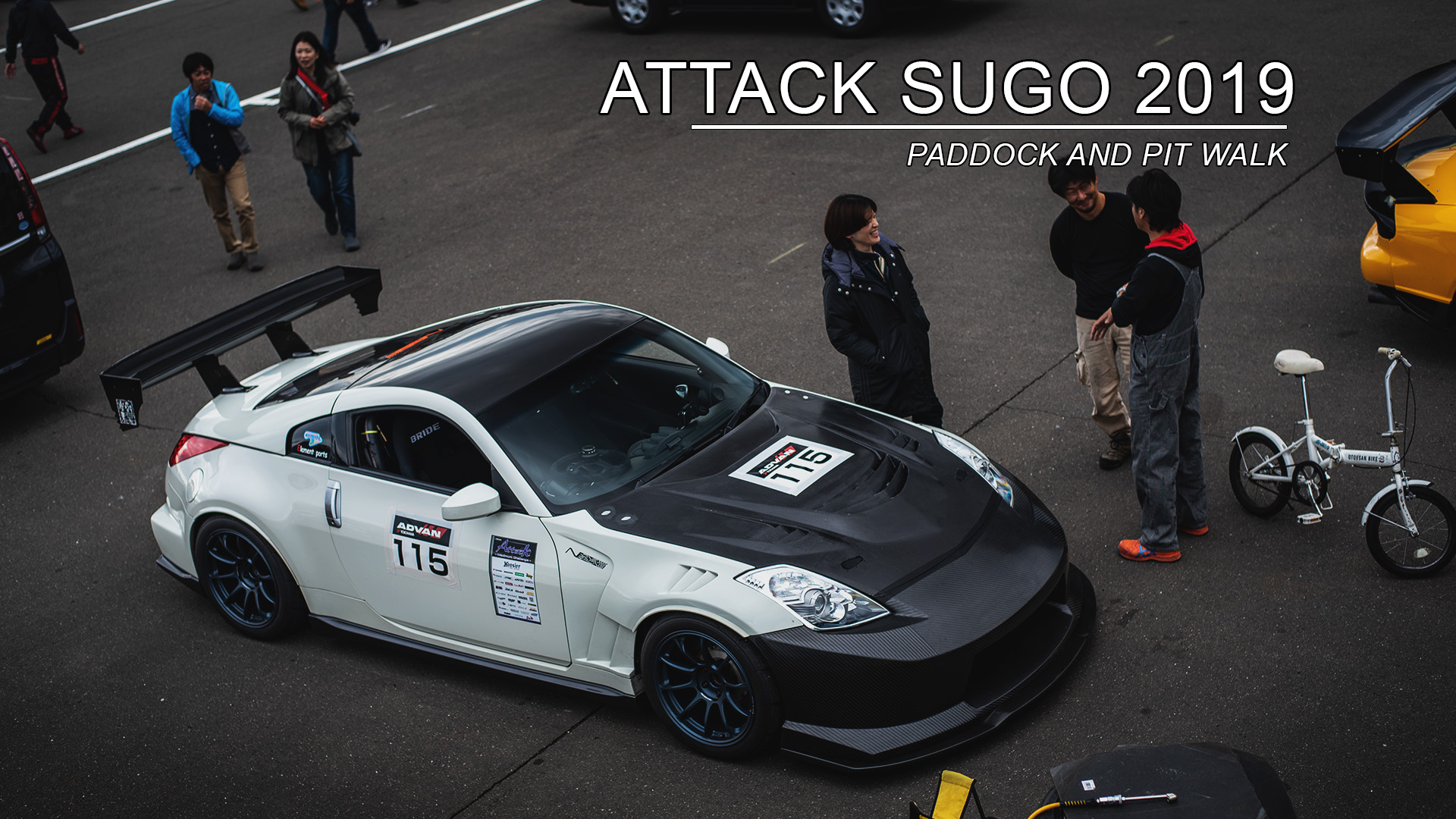 A walk through the paddock at Sugo Sportsland during the recent Attack event. Sugo usually hosts a smaller group of drivers due to it’s distance from Tokyo, but the ones that do attend are very serious. Check out our behind the scenes video of the action…and the downtime. 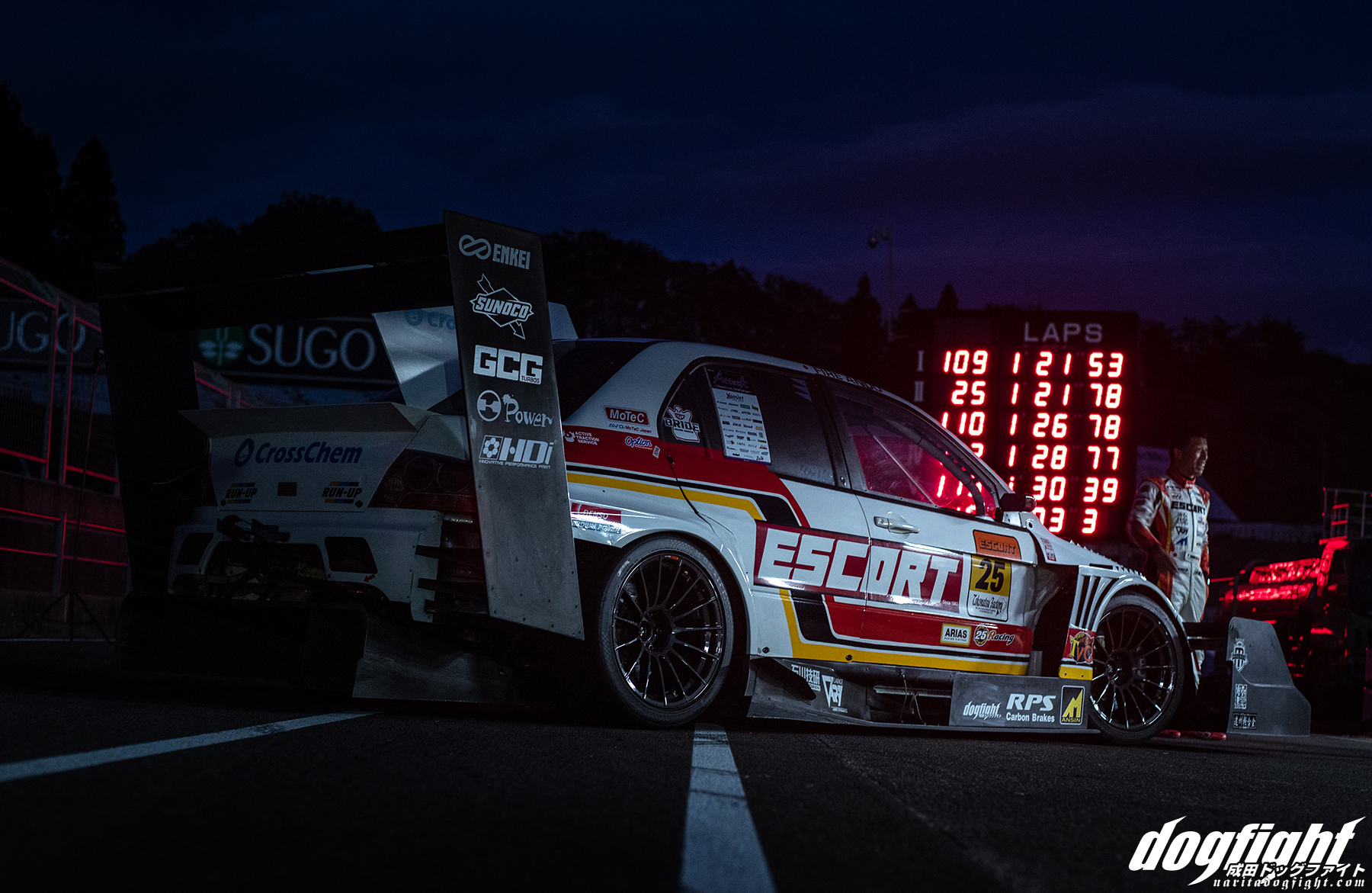 In the most recent post about my trip to Sugo I mentioned shooting a little video before I had the opportunity to photograph Escorts EVO 9 – well, here is that video! 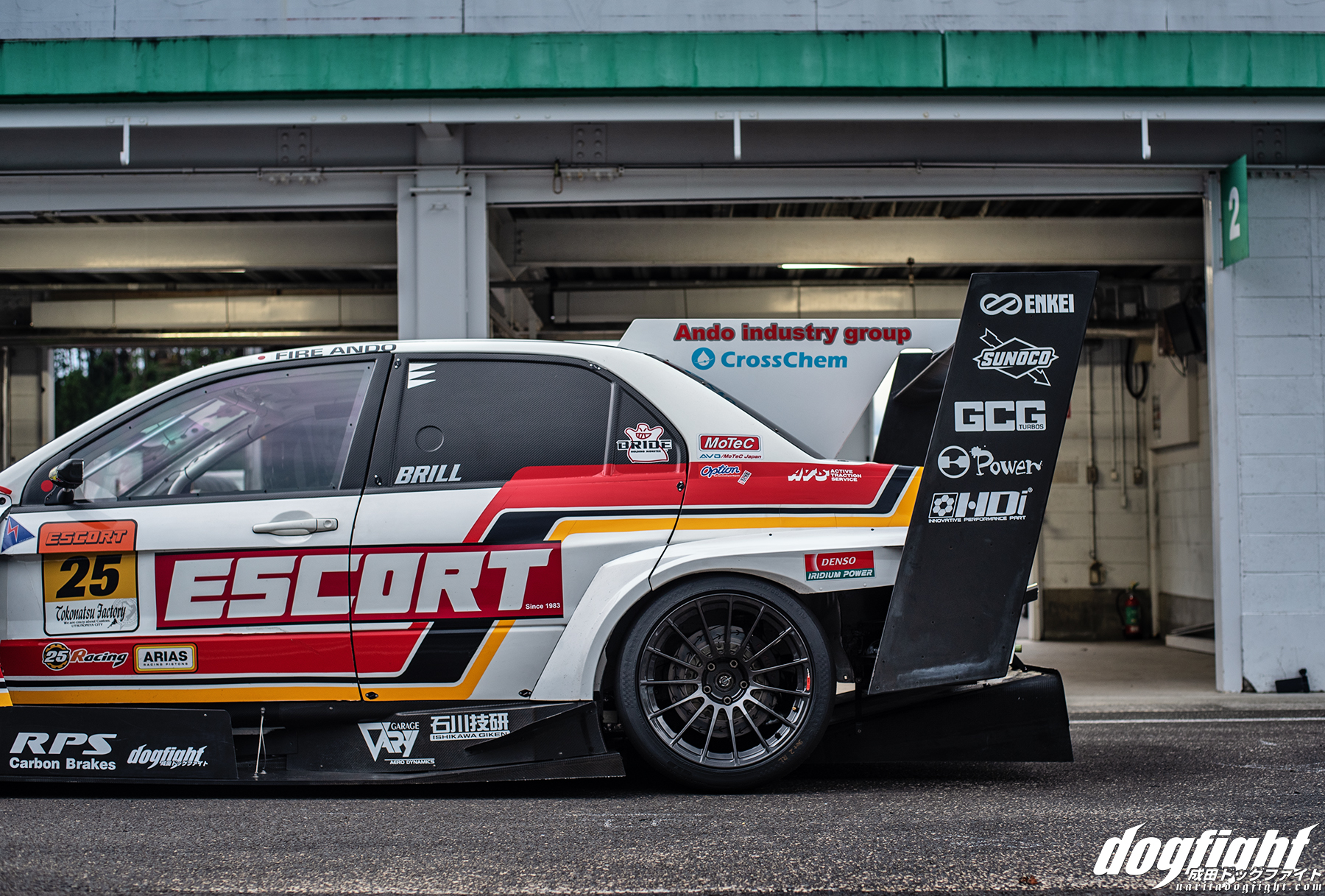 Last week, Escort founder and owner Hiroshi Shiobara invited me out to Sugo Sportsland the Saturday before the Attack event to get a closer look at the team’s rebuilt Evo and to get a closer look into their test program.  Not wanting to miss an opportunity to see their process in person, I would gladly make the drive to Sendai Saturday morning. 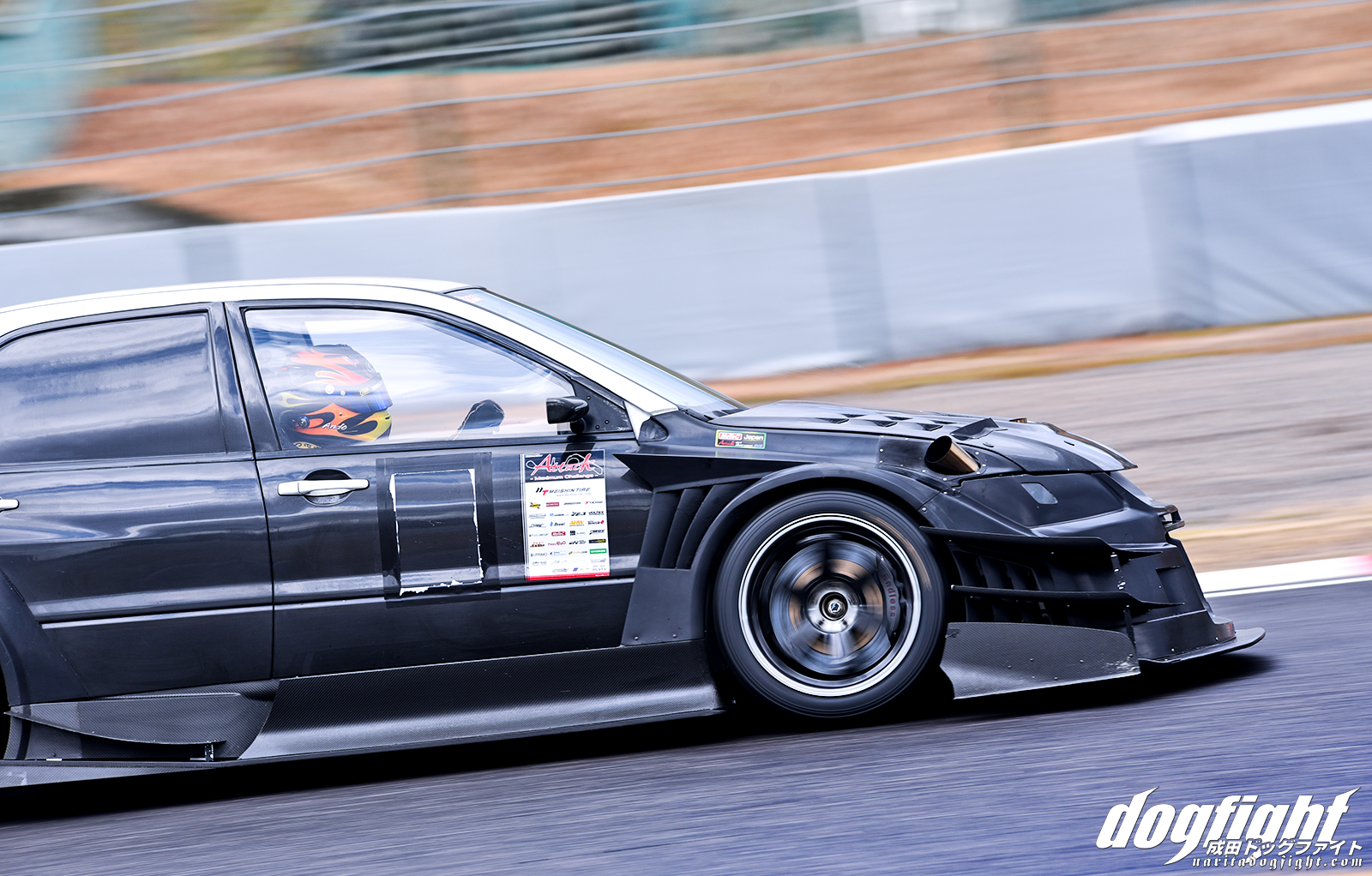 I feel like ever since the Cyber Evo set the standard for what a successful attack EVO should be, Mitsubishi devotees have been trying to redefine the level of what is considered top tier.  Average power levels have risen, aerodynamics play a much larger role now, and tuning has come such a long way in the past decade that it’s almost hard to keep up.  Even the Cyber Evo wasn’t immune to the changes; in the 2011 to 2012 transition, in order to defend their title, Takizawa turned to C-West in hopes of gaining an advantage in aerodynamics without unbalancing the winning formula they had.  Competition in the sport was advancing so quickly that it soon became apparent that if you weren’t improving, you were for sure going to be left behind.