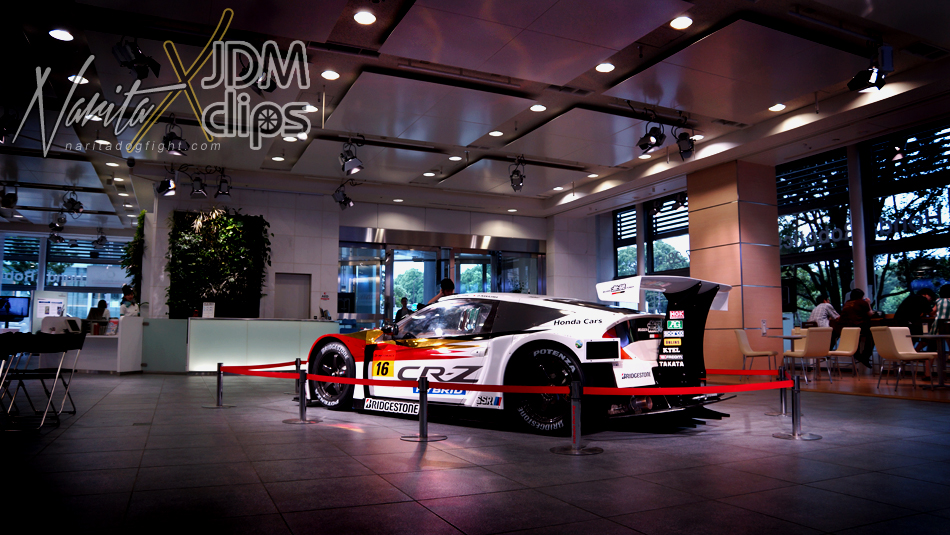 In the case of the CR-Z, it’s business up front, and a party in the back.  The front clip of this car is a little more mild mannered than I would expect from a Super GT car.  With the exception of the wild front fenders, the bumper and splitter are very sleek looking.  Also, taking into consideration that the engine is placed in the trunk area, this particular chassis is made into a MR layout.  That’s sounds like a party to me. Making it’s debut in Sugo last month, the CR-Z did well to hold it’s own against it’s main rivals, the Prius and BRZ.  The GT300 class of Super GT seems to be growing rapidly, giving fans a great mixture of vehicles and manufacturers.  The CR-Z has some big shoes to fill though, doubling as a test bed for the new NSX. The intensity of the rear diffuser and wing section makes for some very unique body lines.  The car is built to the JAF GT300 spec, so hardly any of the original body lines remain. I’m very curious to see how the CR-Z finished out the 2012 season, and what developments lay for the start of 2013.  Best of luck to drivers Hideki Mutoh and Daisuke Nakajima in the remainder of the season.  Go Honda!  Stay tuned for a closer look at the CR-Z’s main rival, the Prius GT300.