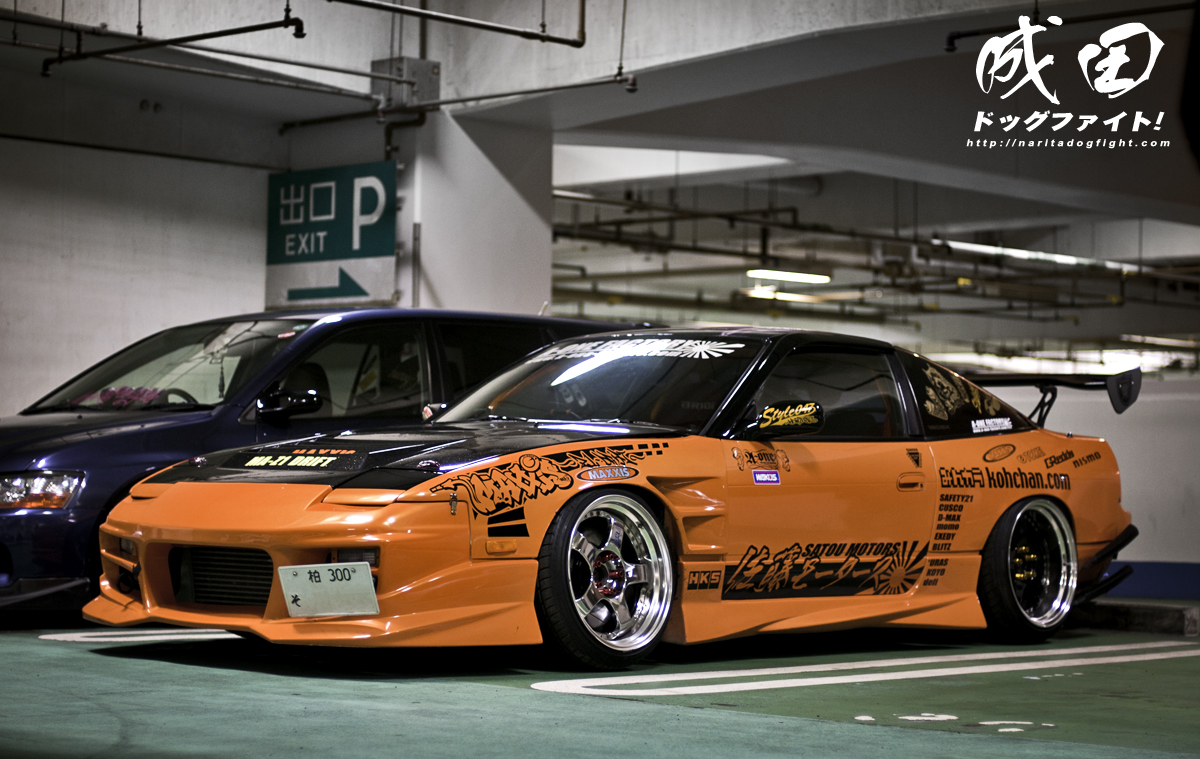 By far the most unique car that attended the NDF Winter Cafe belonged to Satoh-san of Satou Motors in Chiba.  I first saw his car browsing みんカラ one day and soon became friends on Facebook.  When I heard he was coming to my meet I was pretty excited.  This car represents to me a huge part of why I love the automotive lifestyle here in Japan.  The appreciation of originality is so far above any other country, that as opposed to being shunned, cars like this are adored. The first thing that stands out about the car, aside from the bright orange color, is the full URAS Type S kit; with a couple personalized aero updates, like the rear canards… …and cut rear bumper.  Satoh brings it hard with his decal game too; check out the Raiders ‘Kewpies’ parody on the wing end plates – so good.  Working close with the guys at A-One-Factory, Satoh came up with some pretty awesome designs. Mismatched SSR SP1’s make up the wheel choice and add to the creativity of the exterior. The hood color, which is difficult to see in photos, is something to be seen as well.  A sort of rainbow sparkle effect was added into the black.  Just one more thing that makes this car the poster child of pushing styling limits.  If you’ve seen this car before though, you know there is one thing about it that we can all consider the ‘Pièce de résistance‘…. …and that is, without a doubt, the roof of the car.  A mural we can all agree is on point with the rest of the car, and after seeing it, you know the car just wouldn’t be the same without it.  This alone makes this car 100% perfect to me. Cheers!  Thanks for coming out Satoh – see you soon.