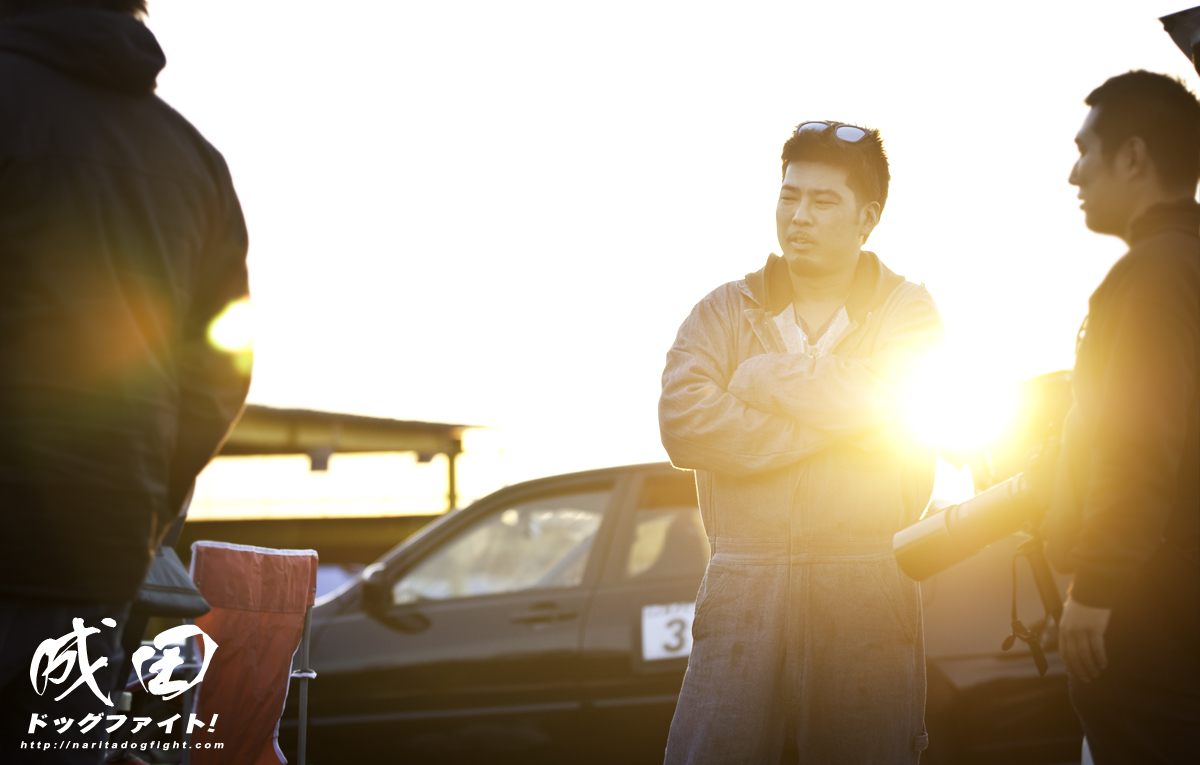 Our first run in with Art Engine was quite awhile back at Tsukuba Circuit during an open track event.  Which, after this post, will give you an idea of how versatile Art Engine is.  The company, based in Chiba, while not very well known outside of Japan, has it’s hand in quite a few projects.  While last time, the owner Tobashiya was running his FD at Tsukuba, this time, at Mobara, we meet a different member of the Art Engine family; Hideto Sakamoto.  On top of being a family man with two kids, an insane driver, and a great mechanic, Hideto is also a very nice and funny guy.  Always great to meet people who are down to have a little fun too… Sakamoto is a technician at Art Engine, and the driver of this Cresta you see here.  Adorned in Art Engine’s signature livery, it’s difficult to mistake it for any other car. Hippo Sleek aero, and Work Emotion CR-KAI wheels make up the majority of exterior aesthetics and are splashed in the unmistakable lime green and white two tone. This car isn’t just looks though; and Sakamoto isn’t just a technician…this guy can drive. Of all the drivers at Mobara that day, he was the most consistent.  Great speed, great angle, no mistakes.  Each turn on the circuit was his to control. Largely in part to driving skill, and a little help from… …the 2JZ under the hood providing plenty of power to spin the rear wheels.  Of course, all the work done in house at Art Engine. We caught up with Sakamoto at the end of the day and he seemed pretty pleased with the performance of the car.  I was pretty glad I got to see another Art Engine car, as well as meet another one of their staff.  Always nice to expand the network. While not in his signature Ray Bans, this shot still came out cool.  This is the fun I was referring to in the opening paragraph – I know this was a little embarrassing for him; I thought it had an old Option vibe to it – すごいね （笑）!

Thanks again and hope to see you soon! サカモトさん –> また、お会い出来るのを楽しみにしています。