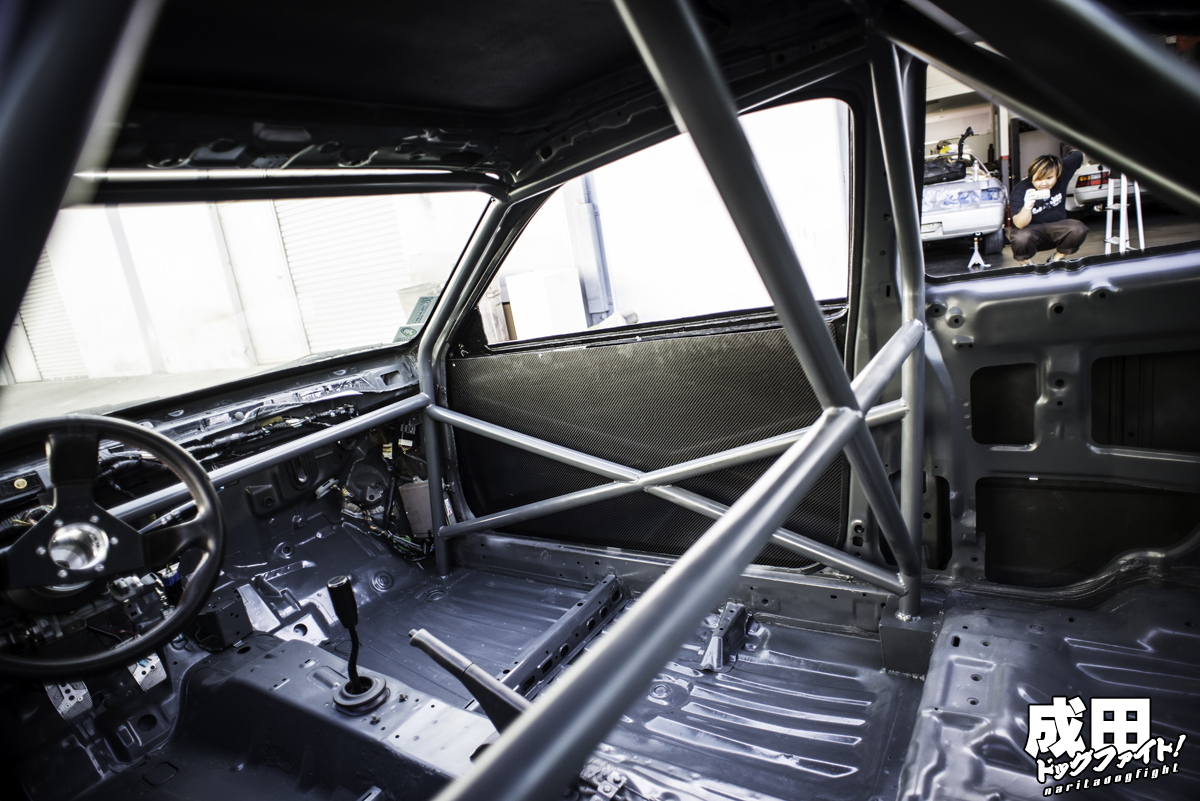 I got a few things done on the car since my last post, I mean, not much, but it’s something I suppose.  I realized I hadn’t really posted many pictures of the cage, so I rolled it outside to get some better lighting.  At this point the car is almost ready to go back to Bardabe to get the new exhaust fabbed up, and a couple more little custom bits.  Yesterday I got the new harnesses I picked up from J mounted to my Bride and was able to put my mirrors on. I really need to fix the door cards – they’ll work for now though. I like the darker grey I used for the interior.  The Winter Grey it was before got dirty way too easily. A shot of the Dogfight LCP sunroof plug from the inside. And from the top.  Shows you how dirty the car is haha This past week I also cut out the skeleton of my trunk and took out the hinge assembly.  The idea at first was to use aerocatch on both the hood and trunk, but the way the aerocatch mounts I won’t be able to use it on the trunk.  So I think I’ll use 4 normal pins instead.

I wanted to have pictures of the newly painted Battlecraft hood for this update too, but I still haven’t gotten it back from paint.  As soon as I get it back I’ll be able to throw the fenders and bumper back on and drive it to Bardabe. I also picked up a CTR rear bumper support.  The difference in weight is nearly 10 pounds…crazy.  I’m skeptical about how well it will protect the car in a collision though lol I painted it grey. Rear quarter windows were removed for preparation of the carbon ones I was making. Whole shot of the car about a month ago.  The rear wheels were Alec’s he threw on there because he didn’t want to wear out the AD08R’s, and I had no rears at the time.  Look pretty good, but they’re 15’s. Fast forward about a month to now and the first prototype carbon windows are made, installed, and sealed even utilizing the OEM trim.  I also got the rear FAL lexan window sealed and riveted in too, but I forgot to take a picture.  I brought back some TE37V’s to use in the rear, 16×8 +25, which don’t really fit at the moment.  I need a pretty large pull to be able to run them and get the car a little lower. And just for kicks, Jay Jay got his engine in this week.  We’re building our cars right next to each other, so they spend a lot of time together haha.