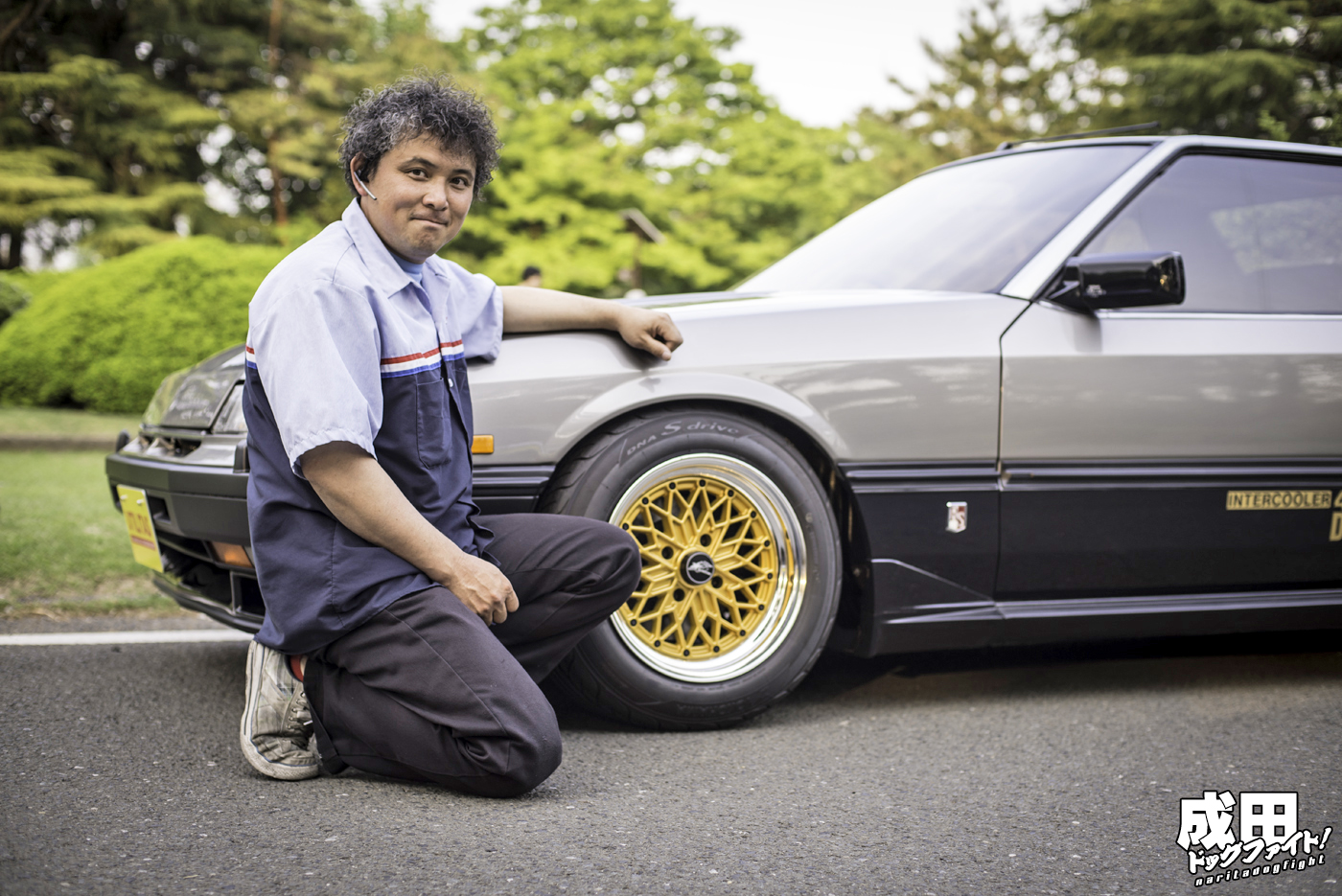 Aficionado; probably the most appropriate term when trying to describe Ikegaya-san.

Referring to of course his passion of the DR30 and Landcruiser; two extremely different automobiles that, somehow or another, are perfectly match to Ikegaya’s crazy personality.  Owner of the Tokyo based specialty shop ‘Utilitas‘, Ikegaya has been scouring both Japan and the US for these cars, restoring them to showroom quality, and dispersing them back in Japan for more years of enjoyment; and I’m not exaggerating when I say showroom quality either.  His work with the DR30 and the handful of old Landcruisers he works on is, beyond a doubt, the best in Japan.  Don’t believe, check it out yourself: This 31 year old 2000 RS-Turbo is a prime example of the work done at Utilitas.  As you’ll soon find out, when a restoration is tasked to Yuichi, no bolt is left untouched. Actually, I had almost forgotten that I shot this car a few months back.  I was reminded after Yuichi came to the US this past week to visit and take care of some business.  He came over to our shop and we were trying to explain to some friends what he does at Utilitas and I remember I had pictures on my phone that I took during the shoot.  Then it dawned on me that I had never got around to posting these shots.

After gassing up, we drove over to a nearby park to take photos; a favorite spot of his. The boxy lines of the DR30 represent the 80’s quite well. A fresh set of 15″ gold Glow Star wheels, the Work/Star Road collaboration, adorned the corners of the Skyline. They fit the car perfectly. The interior of the car is just as clean as the outside; retaining all factory options. Including a re-wrapped OEM steering wheel. Under the bonnet rests a pristine FJ20ET; the Nissan engine that made it’s debut with the turbocharged 2000 RS.  It’s adequate 205 horsepower, 180 foot pounds of torque, was a nice boost from its NA counterpart (the FJ20E), which provided a mere 150 horsepower.

Yuichi set the car on a custom set of Cusco coilovers for a slightly more aggressive ride height, and more spirited driving feel. It’s a shame that this chassis became, I don’t want to say overshadowed by later models, but more so underestimated. It’s a good thing we have people like Ikegaya to remind us of how special they can be.