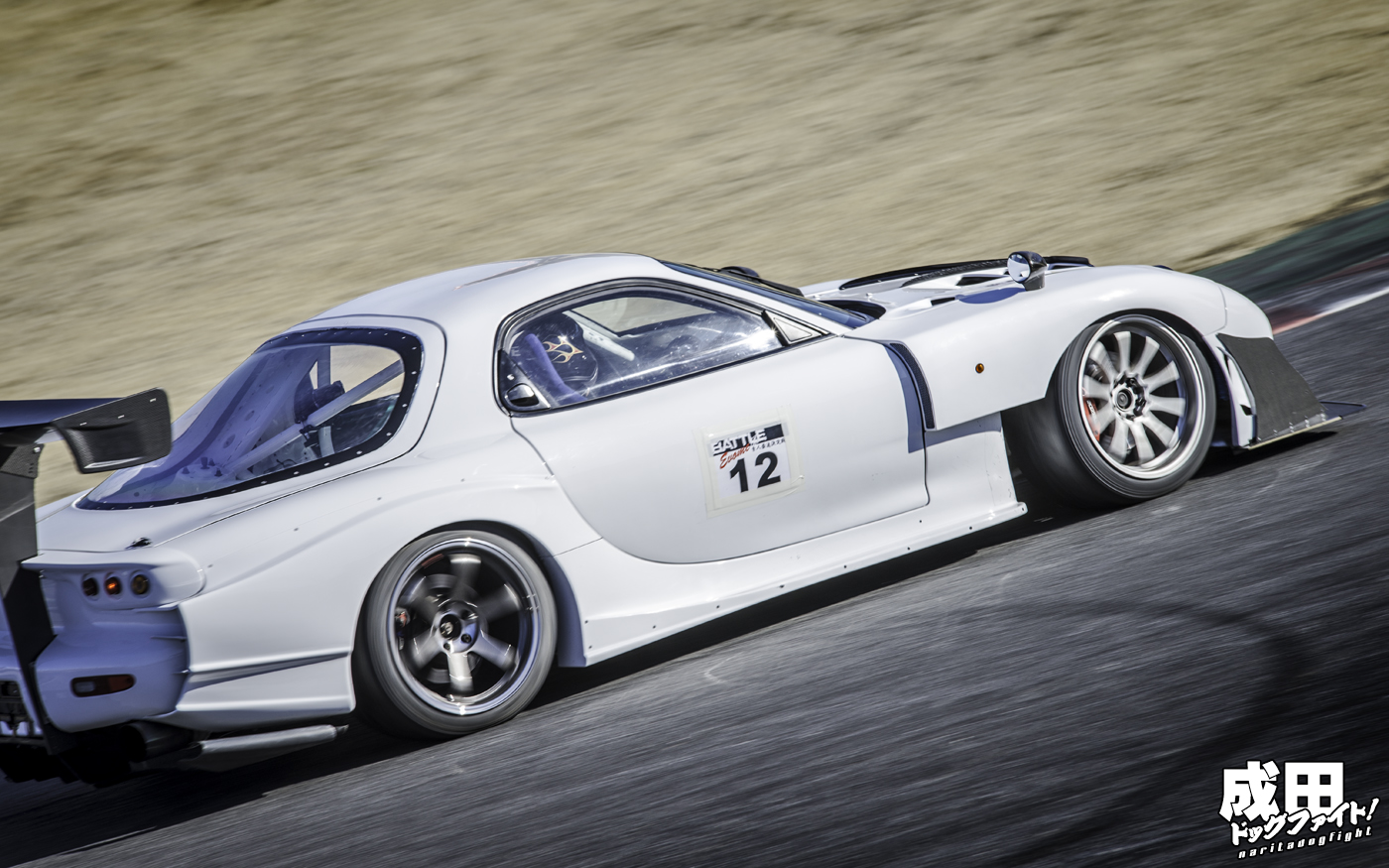 No stranger to a variety of cars, S15, Altezza, JZX100, (even the FD, having owned one before this) just to name a few, Muraki Tatsuhiko has more experience than most when it comes to how different chassis’s respond on track.  Taking something new away from each car he’s owned.  It’s not surprising then, that when he decided to take his chances on rebuilding a new FD, he was able to pilot around TC2000 in a blazing fast 59.218 second.  Not a demo car of TFR’s, but treated more or less like a private built machine, the FD has plenty of cues taken from TFR’s usual work.  The small, weathered shop in the outskirts of Saitama has been the birthplace of some of the fastest RX-7’s in Japan, this build being no exception. His first FD, a black one that was built with the idea of having a street driven circuit car, fulfilled his desires initially, but as time wore on, he decided that it was time to build a second chassis with the knowledge he gained from the first; this time, he wanted to go fast – in comes Top Fuel Racing.

The owner of TFR, Kumaki-san, is not shy when it comes to his knowledge of the RX7.  Having built them for years to race in every discipline from drag racing to circuit racing, there are few who know the chassis like Kumaki.  TFR was the perfect match for Tatsukuro’s new build. The milky white aero of the FD, a combination of TFR and Amemiya pieces rest still on the car as it sits in the morning sunlight of Tsukuba. Good look of the hollowed rear fenders and molded canards.

The chassis mounted wing holds the car in place around Tsukuba. All those elegantly aggressive lines flow just as well on circuit.  Channeling oncoming air as the TFR built, twin turbo 13B pushes the car around TC2000. The OS Super Lock LSD giving the A050’s a run for their money around the first hair pin with 16k Hyperco coils handling the dampening. It was really cool that, during this Evome, I was able to meet a couple friends from Canada that came out to enjoy the event as well.  Here they are checking out Tatsukuro’s car after his stint. Sitting in the paddock after the event, the CE28/TE37 combination matching the overall feeling of the car perfectly.

This is definitely one of the more unique FD’s in the lineup of Attack events, but that just makes it all the more beautiful; a car fit for it’s owner.  Someone who appreciates diversity, and gaining something from everything.

Enjoy a clip from the Attack DVD of Tatsukuro running TC2000 last year: