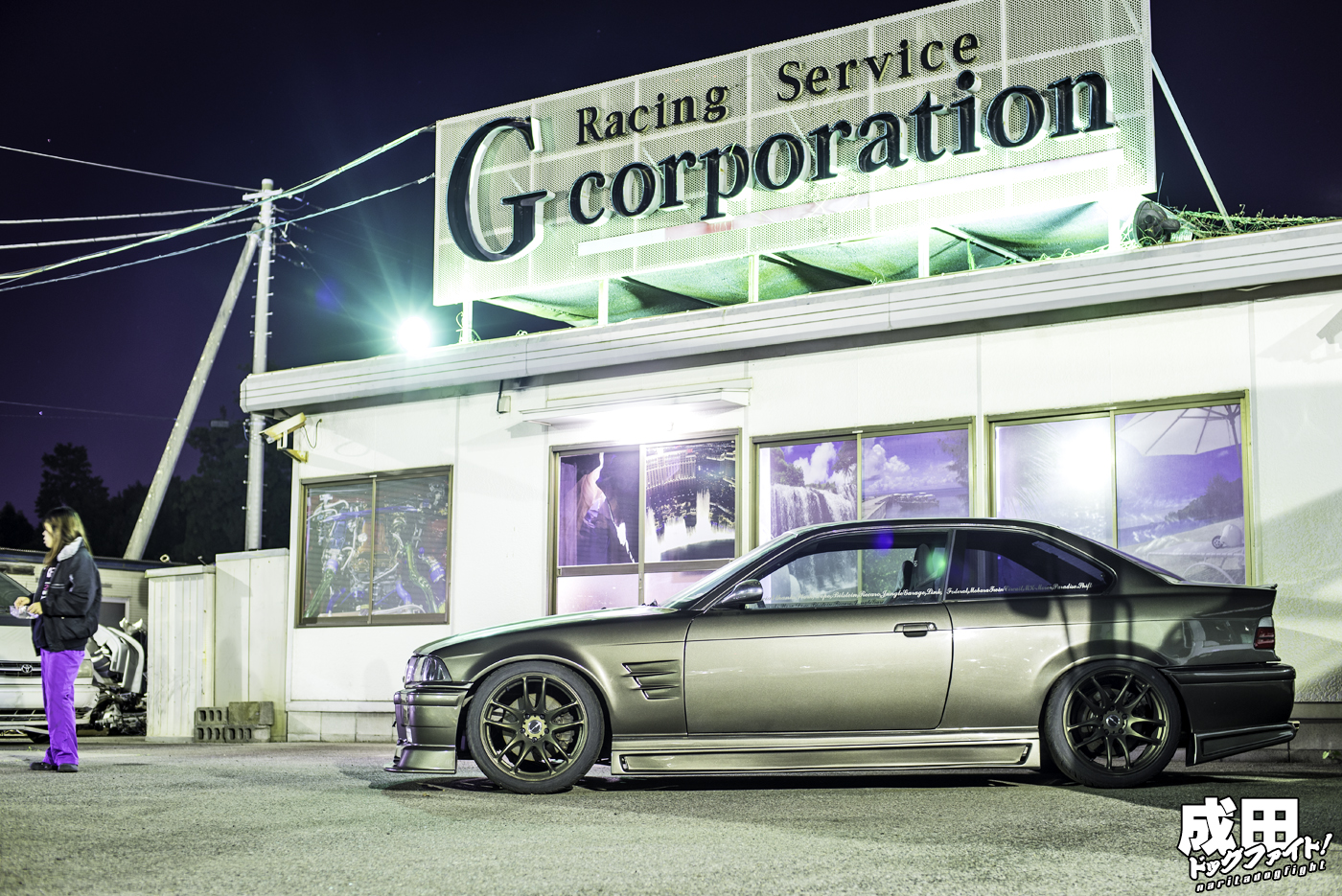 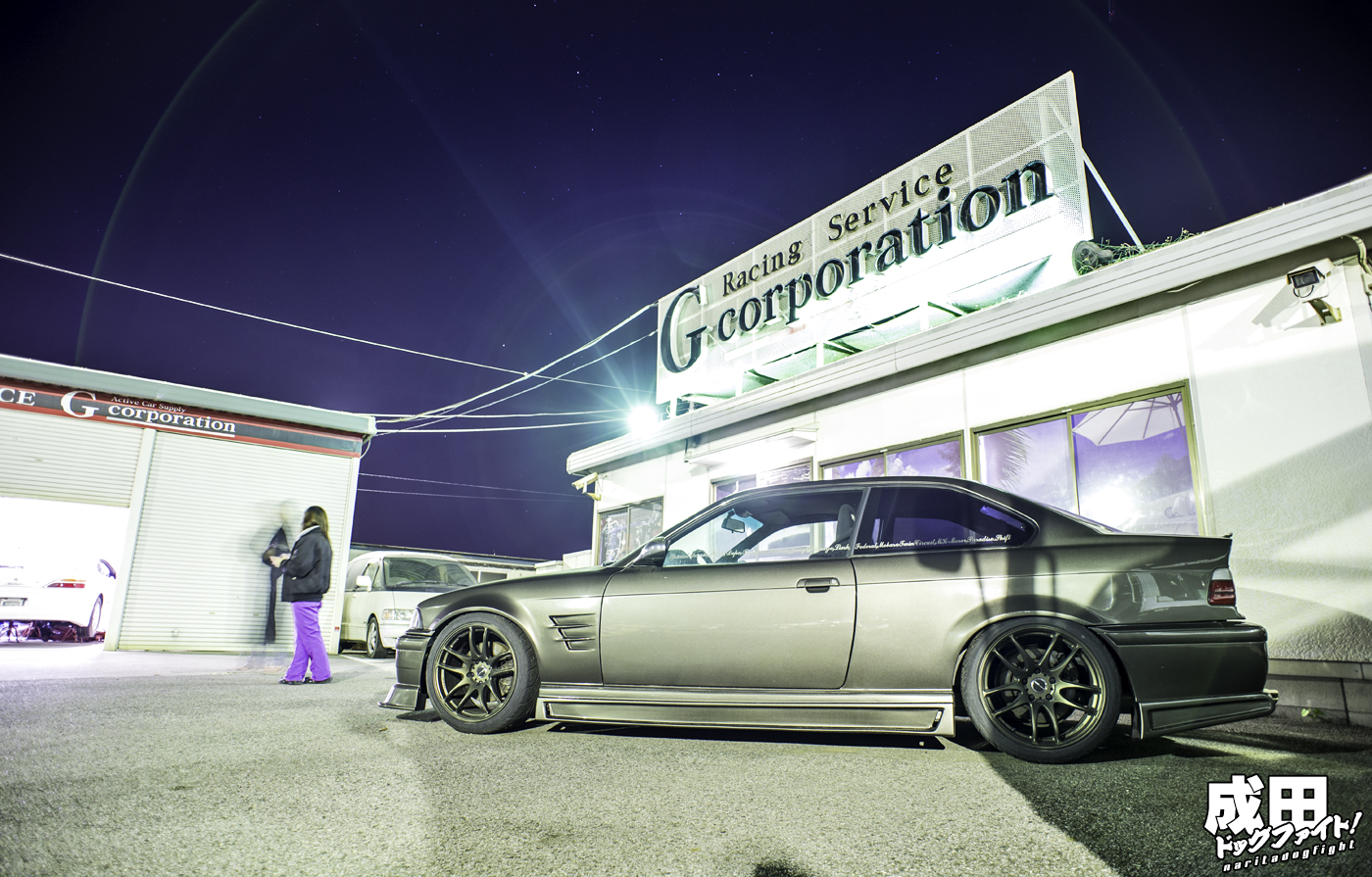 I had messaged Nakamura-san a few weeks back in hopes I could catch him one evening to shoot the new G Corp demo car.  Sekinei and I had dropped by one afternoon on the off chance they’d be around, but later found out the shop was closed because the crew was at an event at Mobara.  So we had set up a date the next week in the evening time. 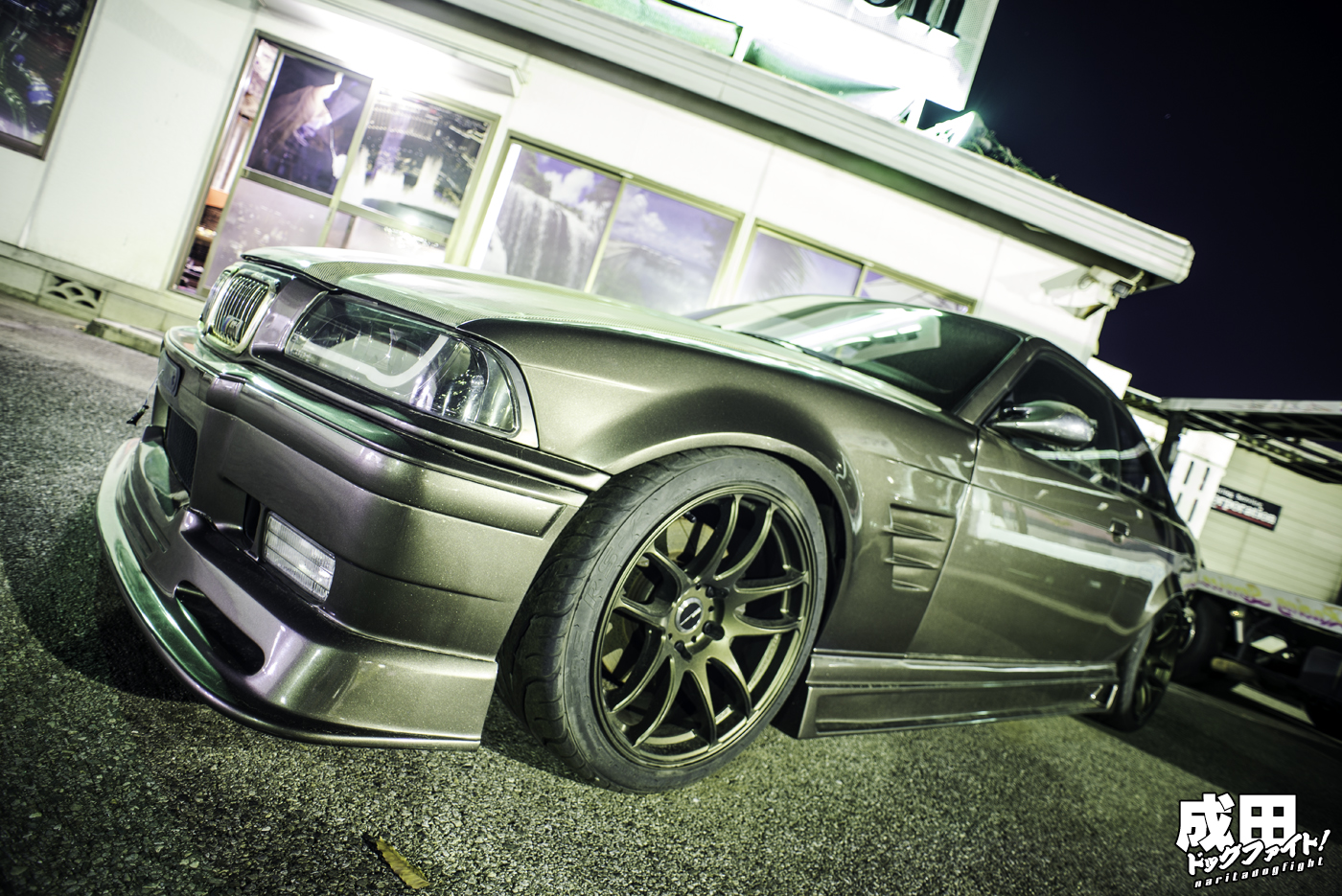 Their E36 was parked out front of the shop along the S15, so I decided to snag a few shots of it for the site.  It’s a pretty unique chassis for Japan.  There’s a few E36’s that I see at tracks every once in awhile, but not really many styled like this.

After the S15 shoot I had asked Go about their old S13 with the airbrushed lightning on it, which, if you know of G Corp, you should know of this car (it’s actually still on their homepage).  I hadn’t seen it in years and wondered if they still had it.  When he said yeah, it’s in the back, I got pretty excited… 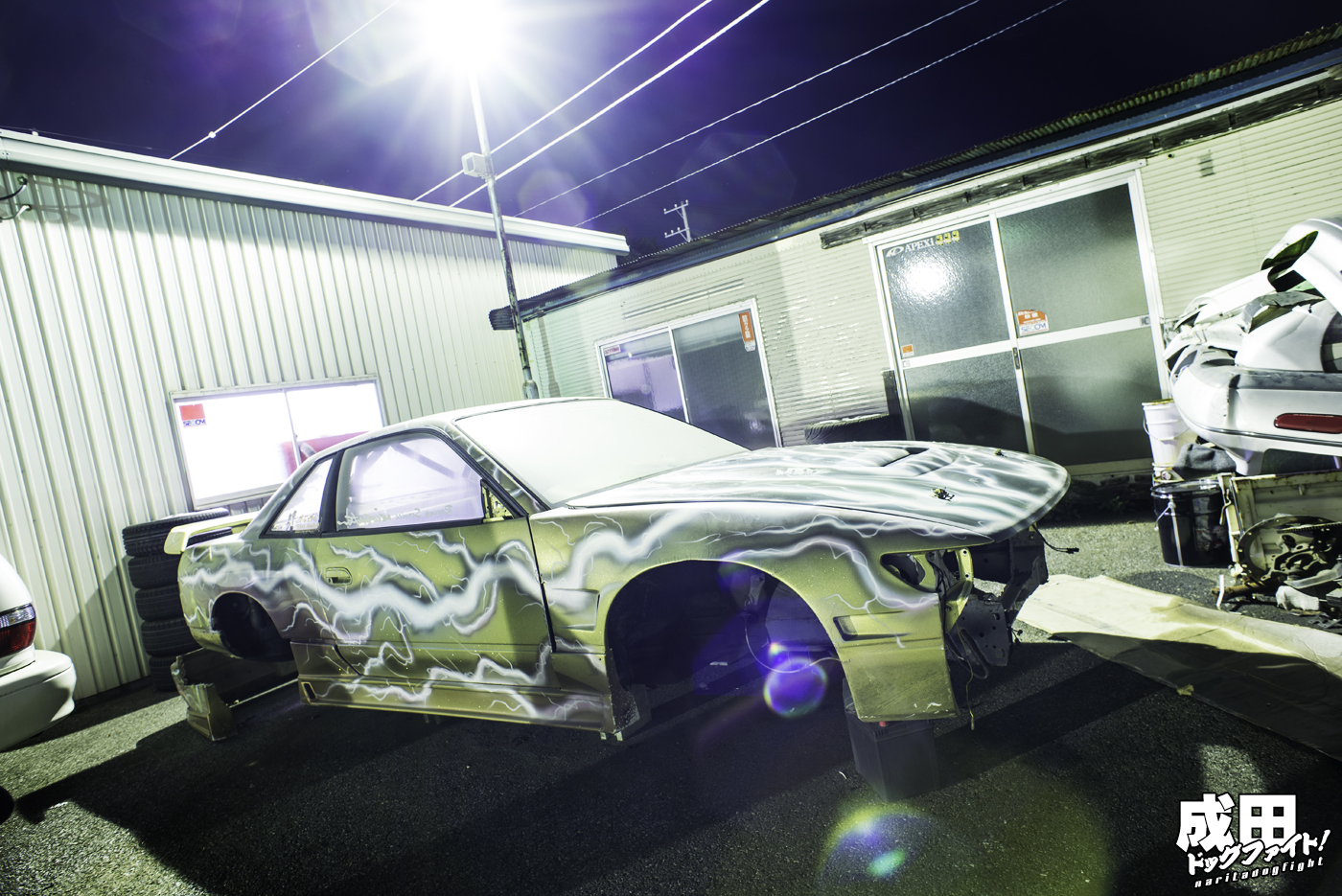 …until I saw it in this state and a part of me died inside.

I loved this car and everything it stood for, and to see it like this bums me out a little (haha).  He said that they had crashed it and the frame was bent, so they scrapped it.

Anyway, depending on what happens with the S15 photo-set, you  may see it on site sooner or later.  Cheers!