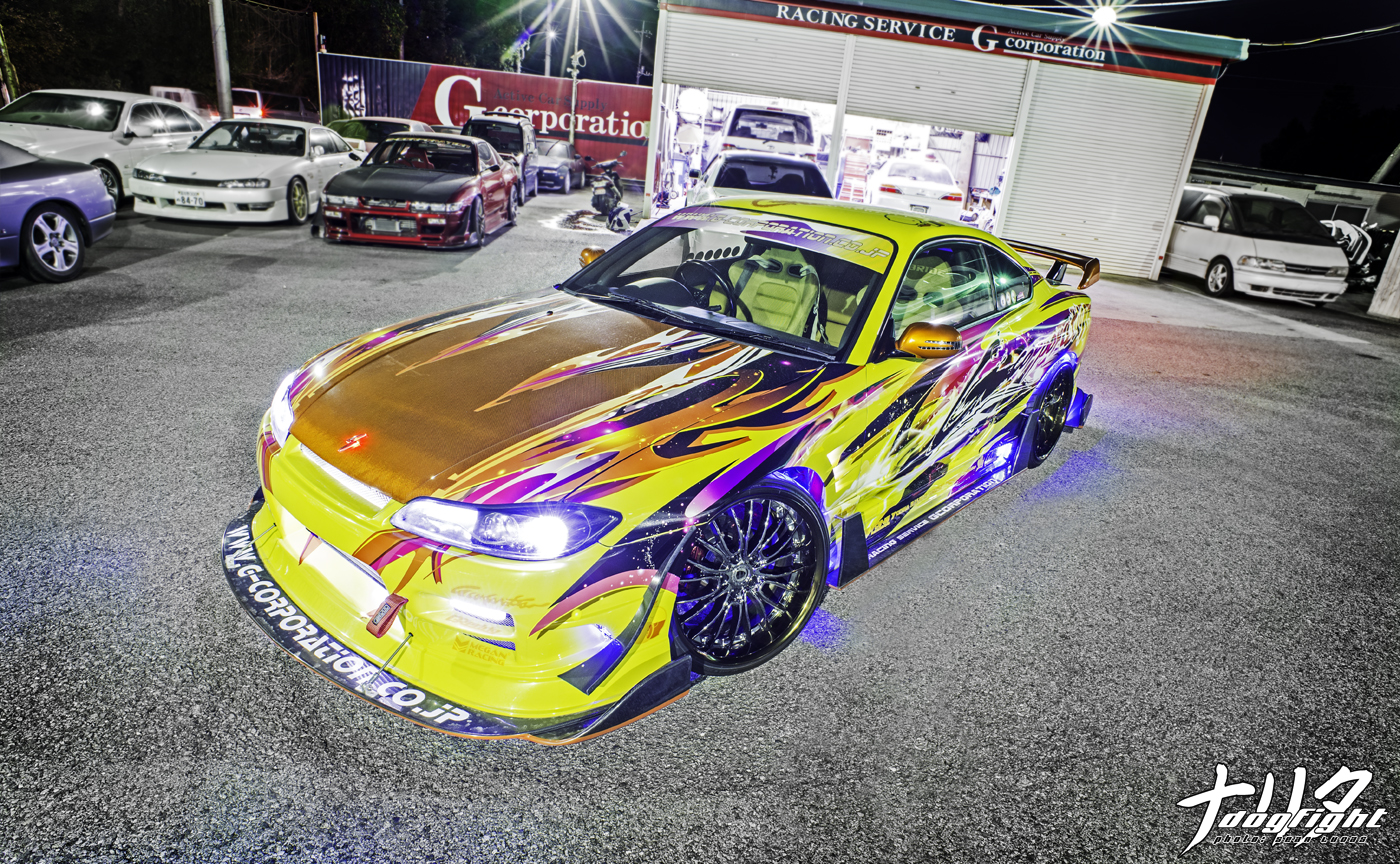 There’s something to be said about those who go against the grain.  Those who have a need to create the outlandish, to disregard outside opinion, and to construct their true vision.  They are the ones who will be remembered long after they’re gone, and the ones whose ideas will eventually be cherished.  Go Nakamura is one such person, and he happens to be the owner of G-Corporation – and what you see before you is, in fact, his dream Silvia.

With it’s inception dating back to the early 90’s (1992 I believe), G-Corporation has been no stranger to building above average cars.  Focusing their efforts in a unique style, they’ve built dozens of award winning show cars, and drift cars throughout Japan, all clad with their own aero and graphics.  What they’re most known for perhaps, is their artistic take on complete car building. 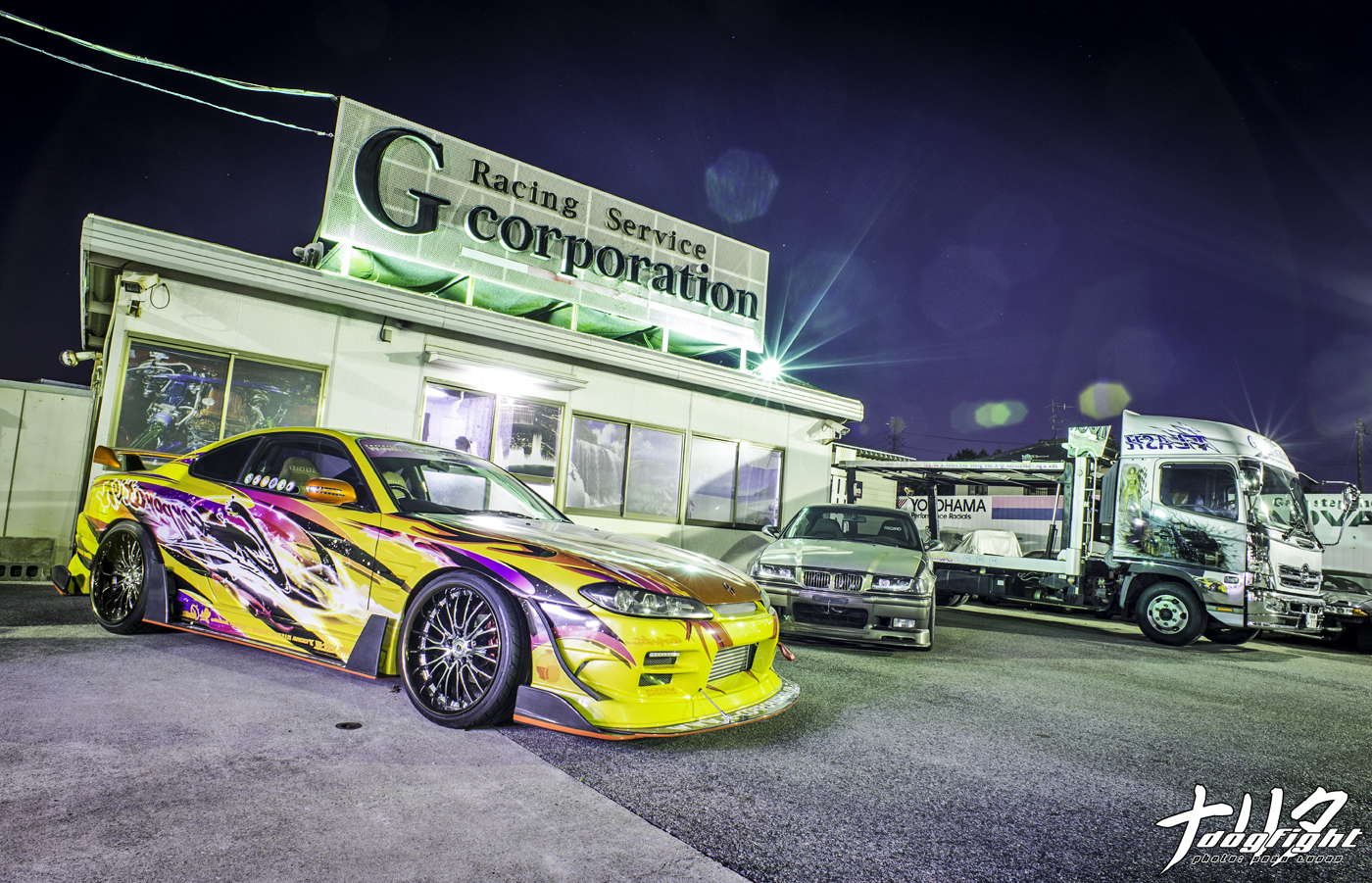 If I were to be completely honest, when I first reached out to Go-san, I was a little nervous.  No doubt he is an extremely nice guy, at surface level though he can be a bit intimidating due to his…errr…somewhat dicey disposition.  Although our first scheduled meeting time was cancelled due to a last minute Mobara even they attended, we eventually got together later in the week, meeting after hours at the G-Corp headquarters in Funabashi, Chiba.  My mission: to try and capture the spirit of G-Corp through his latest creation; the Dream S15. 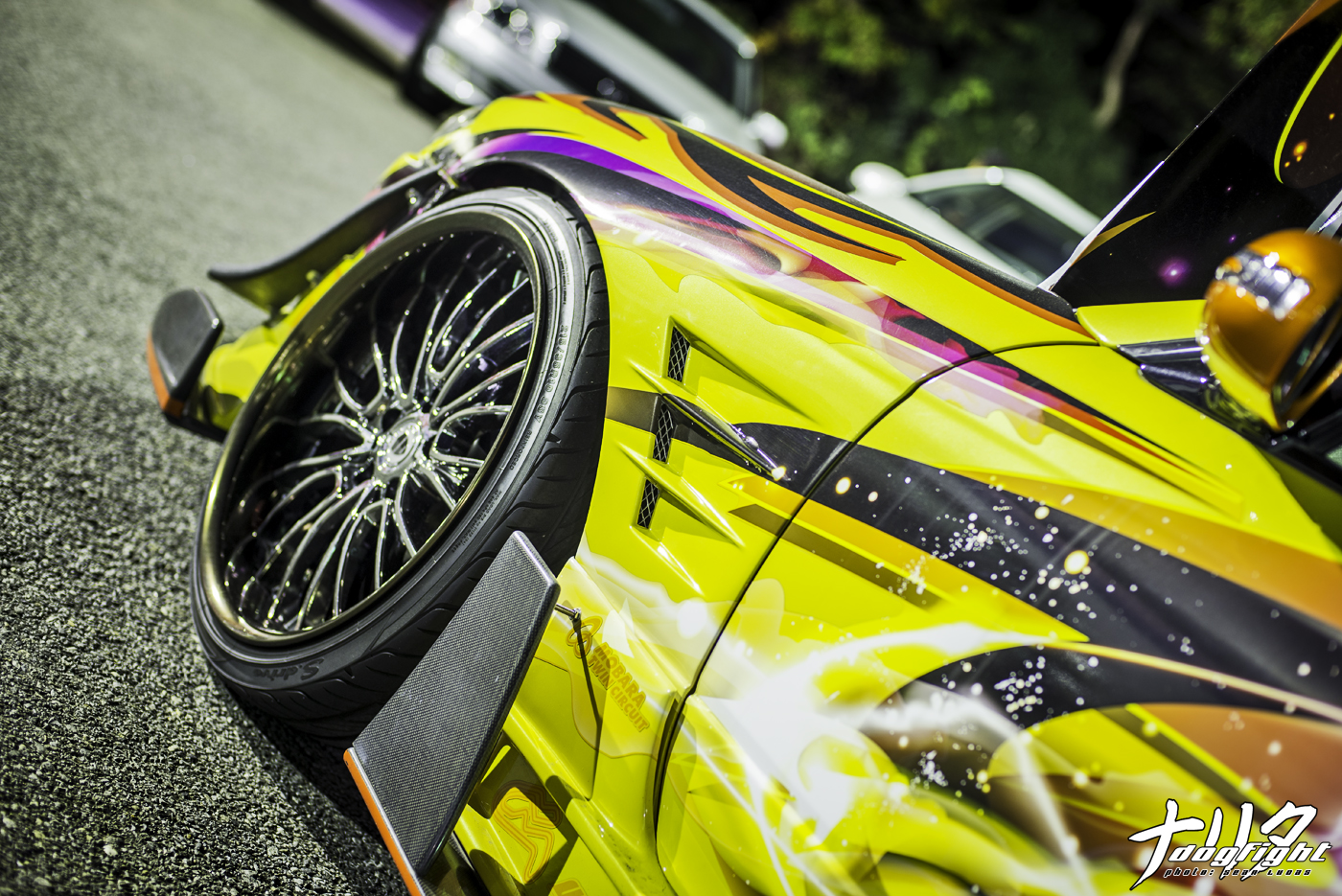 After talking with him a bit, the tension was all but non-existent and I was able to comfortably move about his shop, actually taking a moment to realize where I was at, and who I had been talking with.  I mean, the whole reason I knew what G-Corp was all about was because of their previous demo car – the S13 with the lightning airbrushed paint.  I know that link is going to hurt some of you…as it did me… 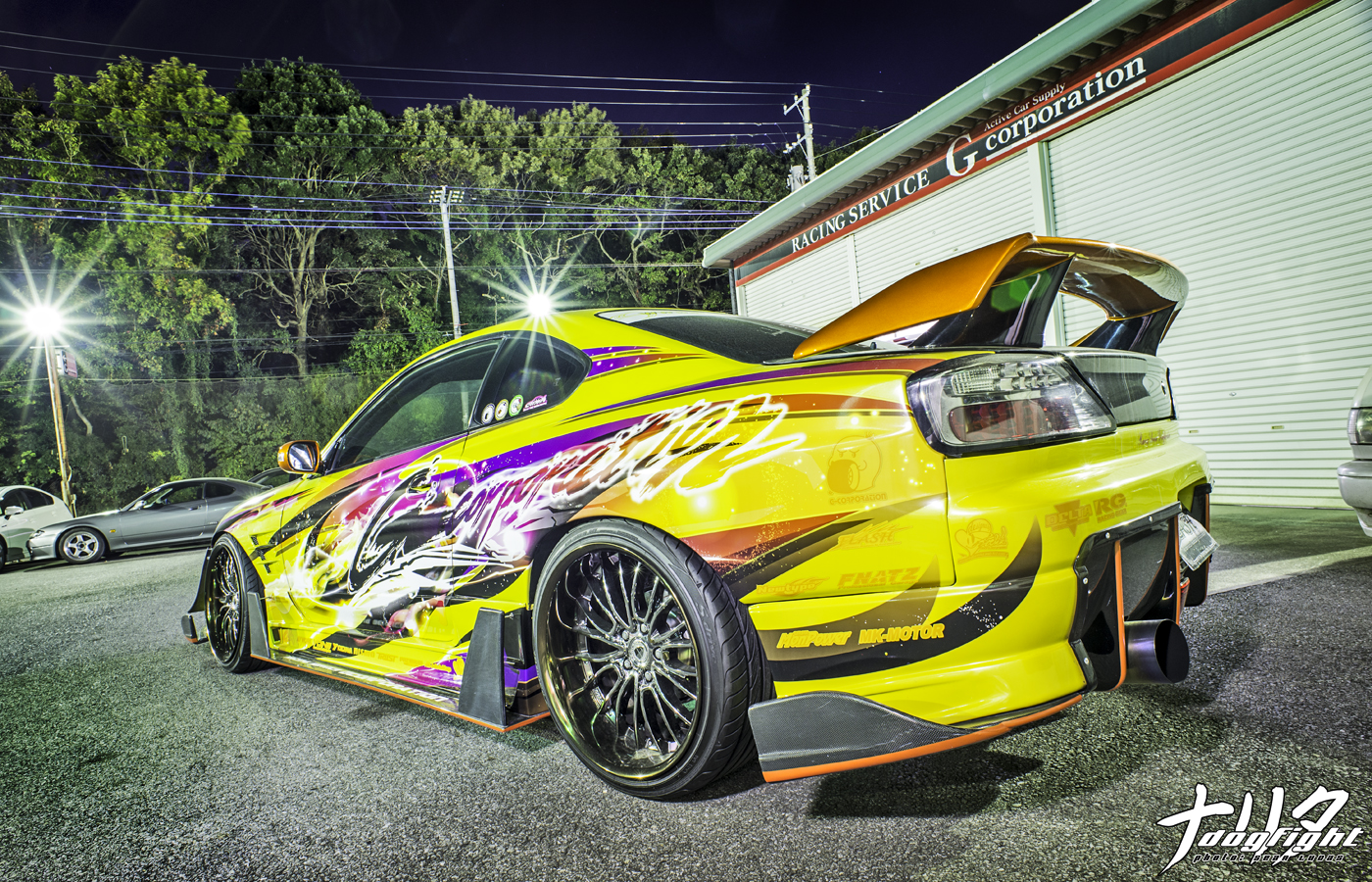 More importantly though, I had a task at hand.  While the shop’s previous demo cars have been quite extravagant, nothing compares to this S15.  It is truly the amalgamation of every desire Go-san has dreamed of in a car; if it could be done, he did it.  The exterior itself is a lesson in imaginative translation, with the color palette alone being as unique as most full builds. 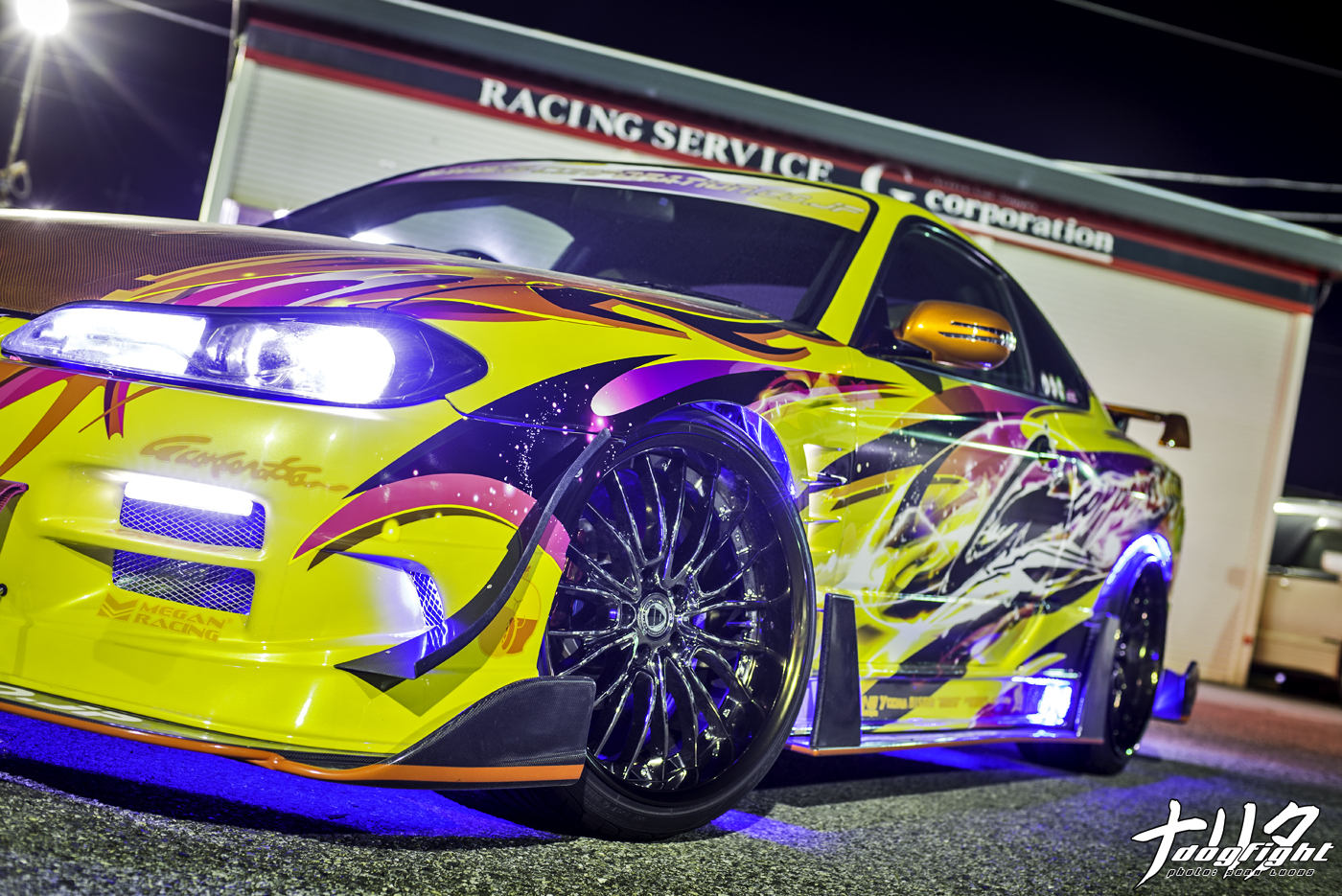 The wrap, which G-Corporation did itself, immaculately covers the Flash Type II aero that the car is clad in front front to back.  Throw on the many carbon canards, diffusers and splitters and you have a S15 that is adorned in nearly the entire catalog of G-Corp’s original parts.

The flashy exterior is complimented by a set of blue underglow that’s housed in each of the wheels wells that, when illuminated, do a good job of highlighting the polished faces of the 19″ Work Schwert SC5’s… 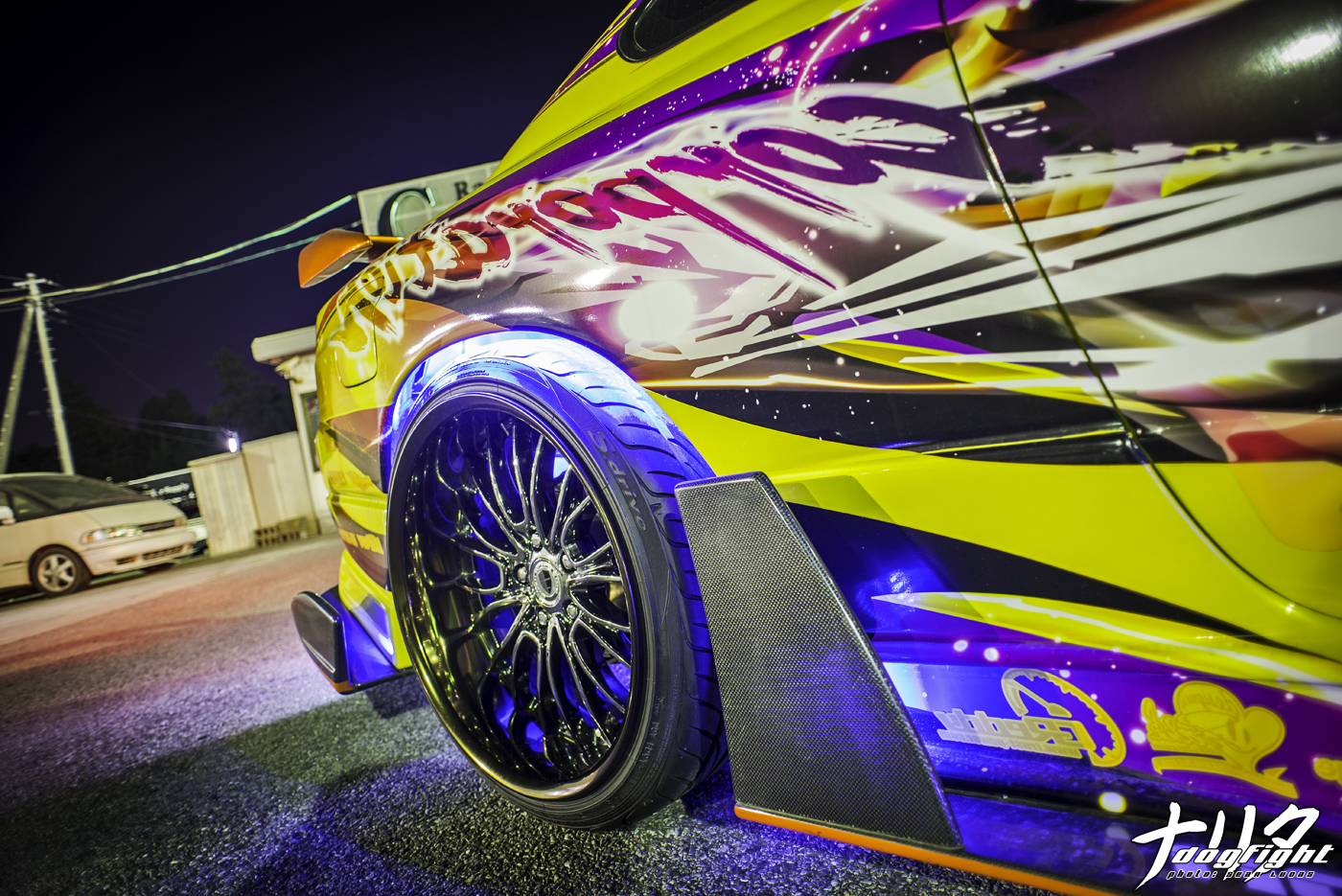 Combined with the graphics on the wrap, the car gives off an almost intergalactic feel to it. 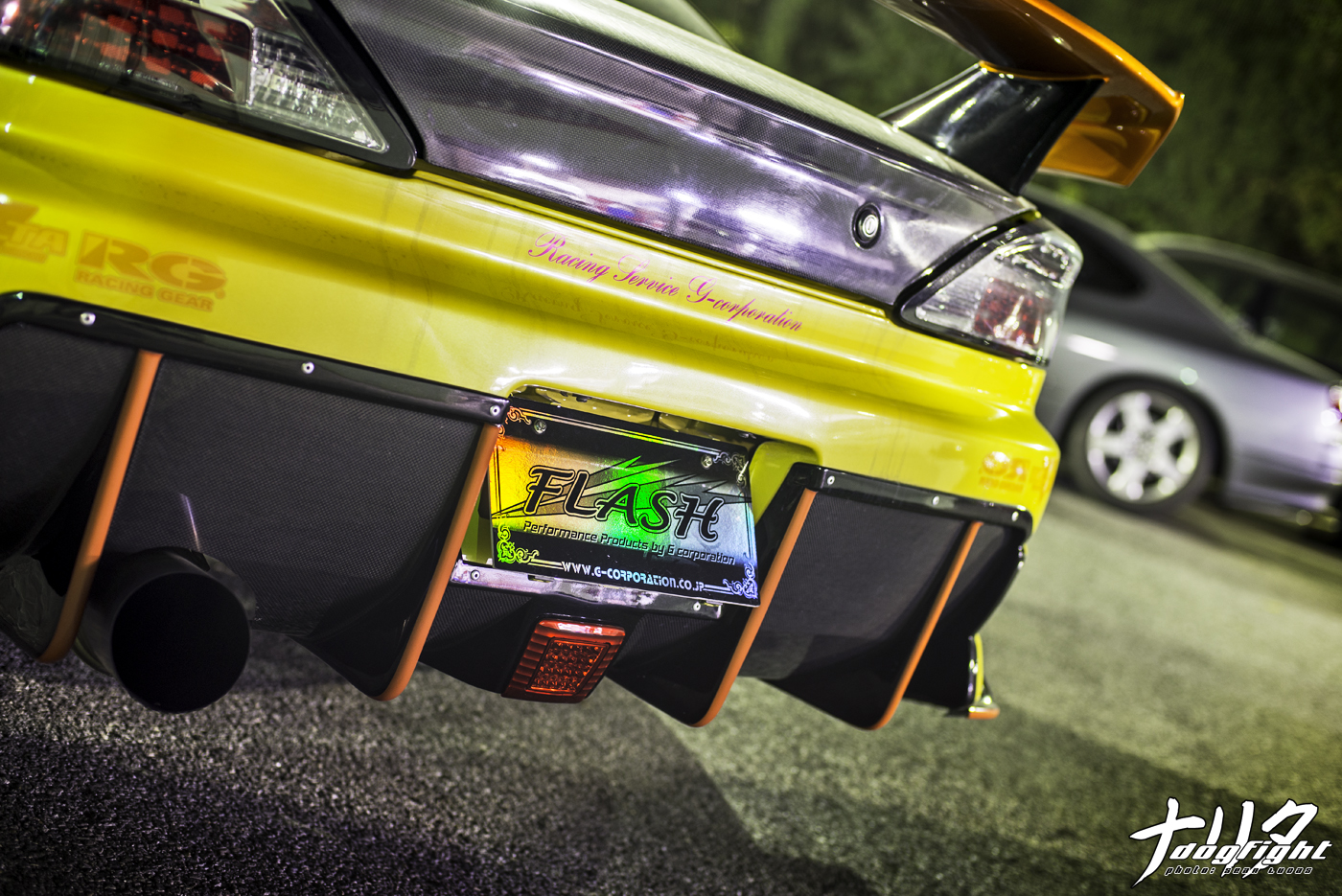 The carbon rear diffuser ties the rear end together while incorporating the third brake light in the mold. 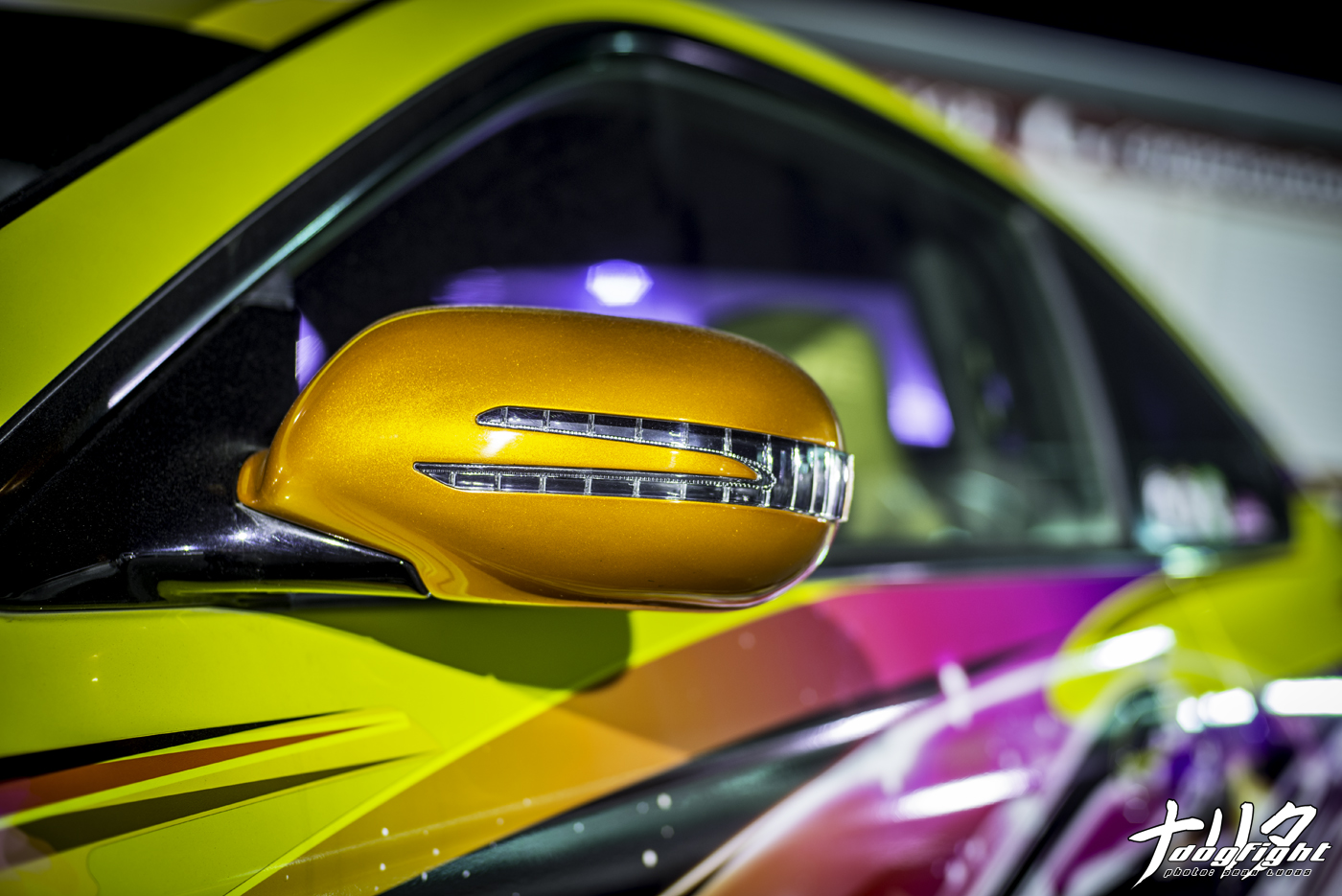 Color matched side mirrors offer a unique alternative to the OEM counterpart. 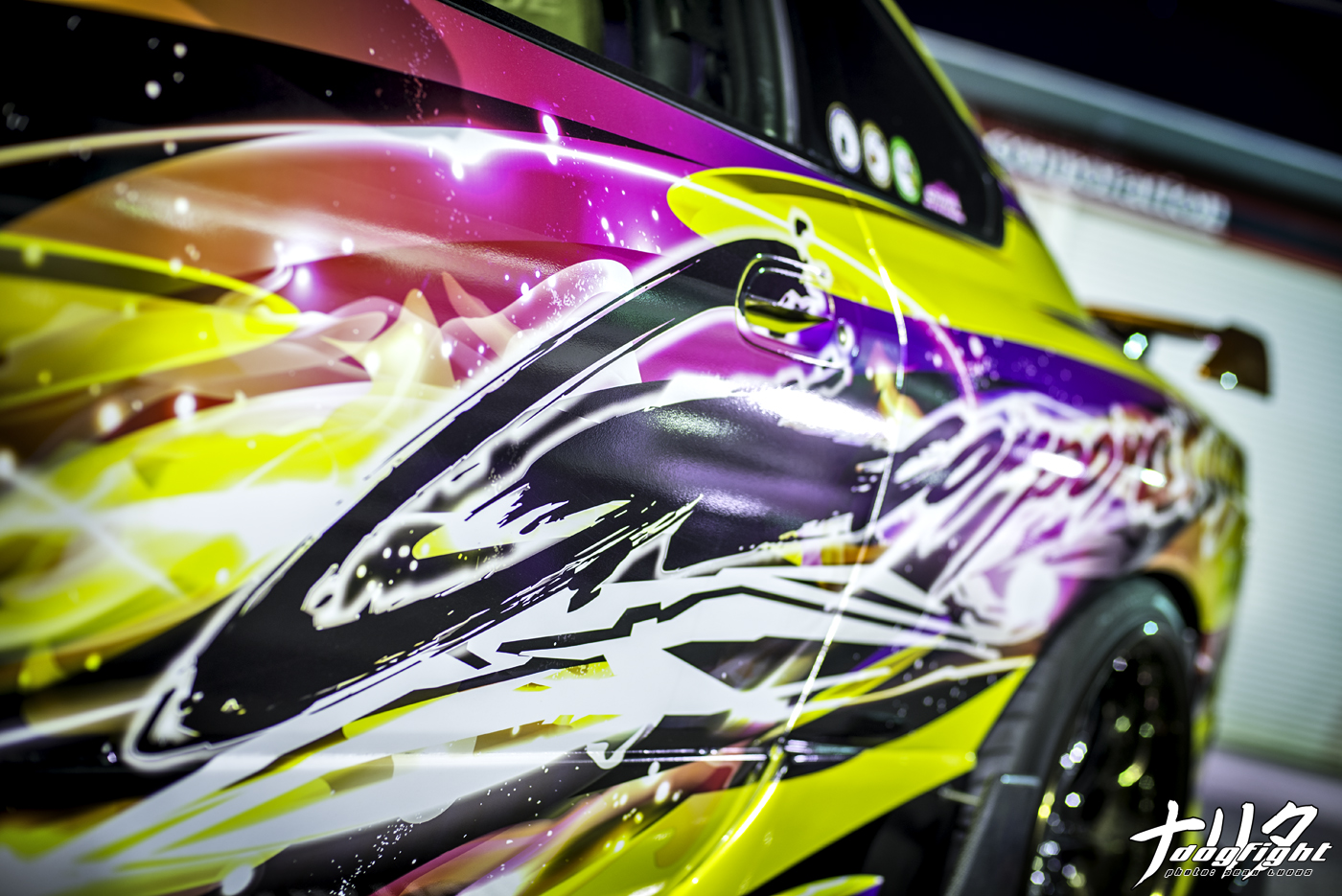 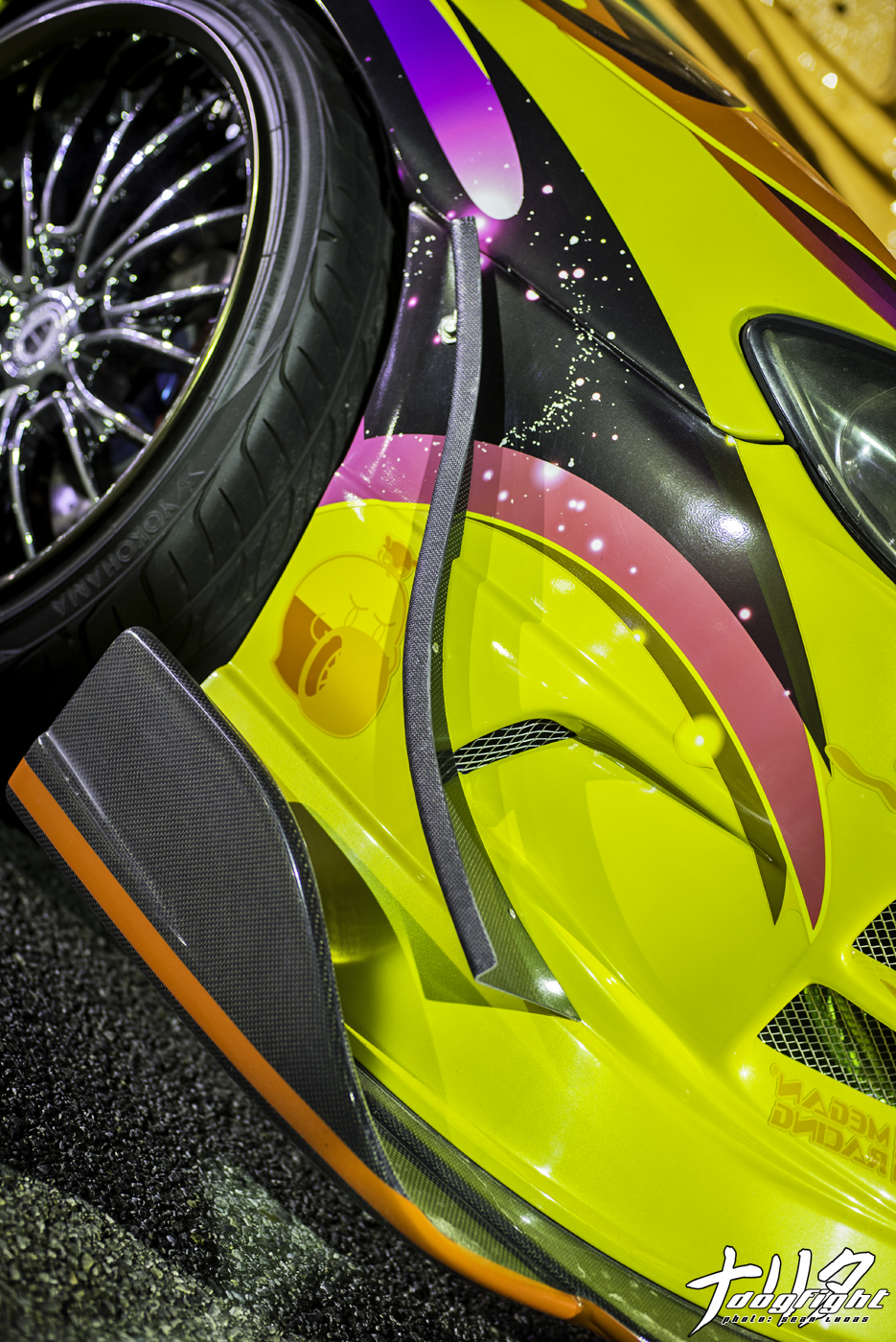 A closer look at the carbon accessories mounted to the Flash aero. 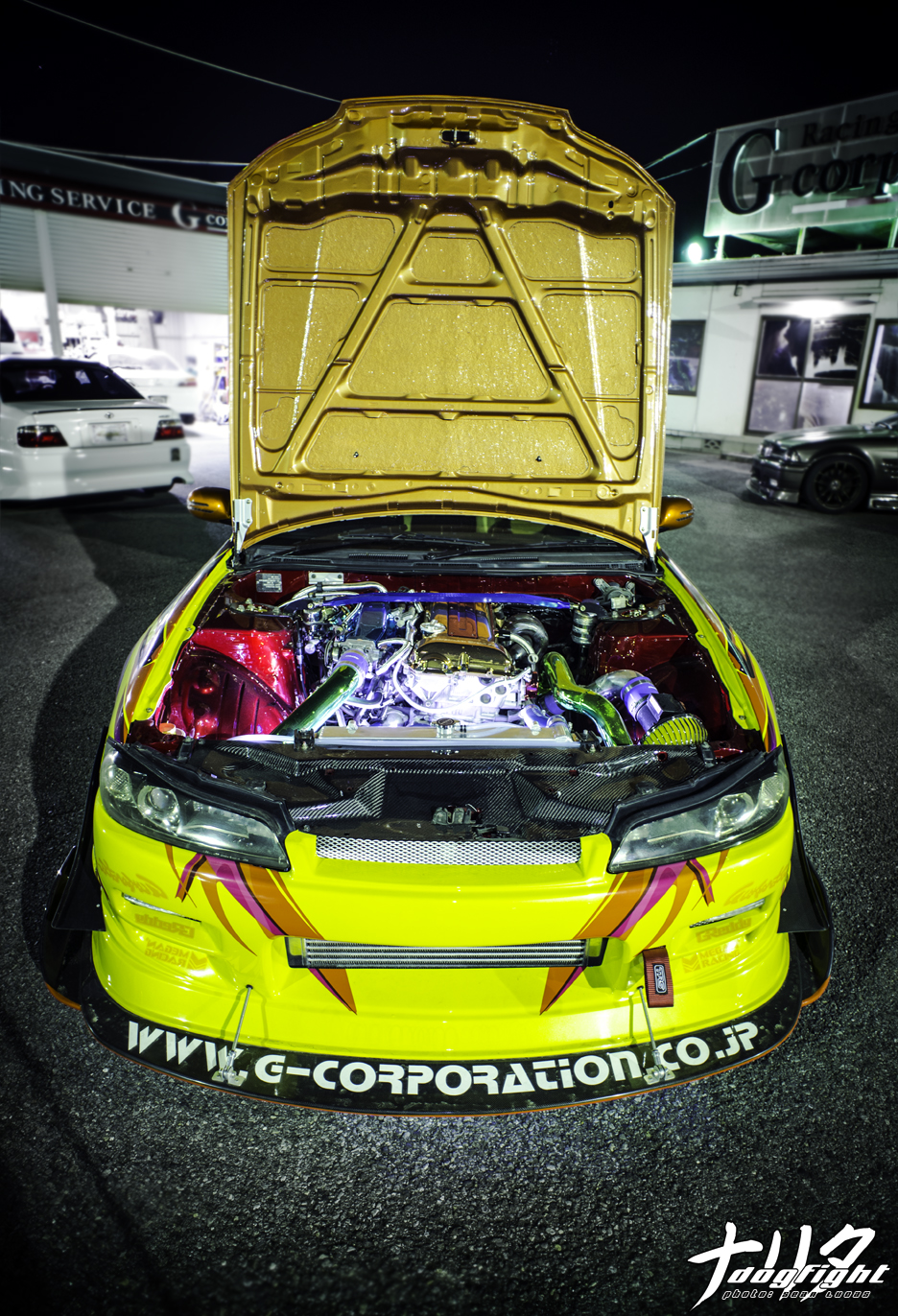 Opening the hood, you’re invited into an entirely new world of color.  G-Corporation offers a ‘plating’ service in which they can transform nearly any service into a brilliant color-scape.  It’s almost like a colored anodizing, but taken to the next level.  A level highlighted well in the engine bay of their S15. 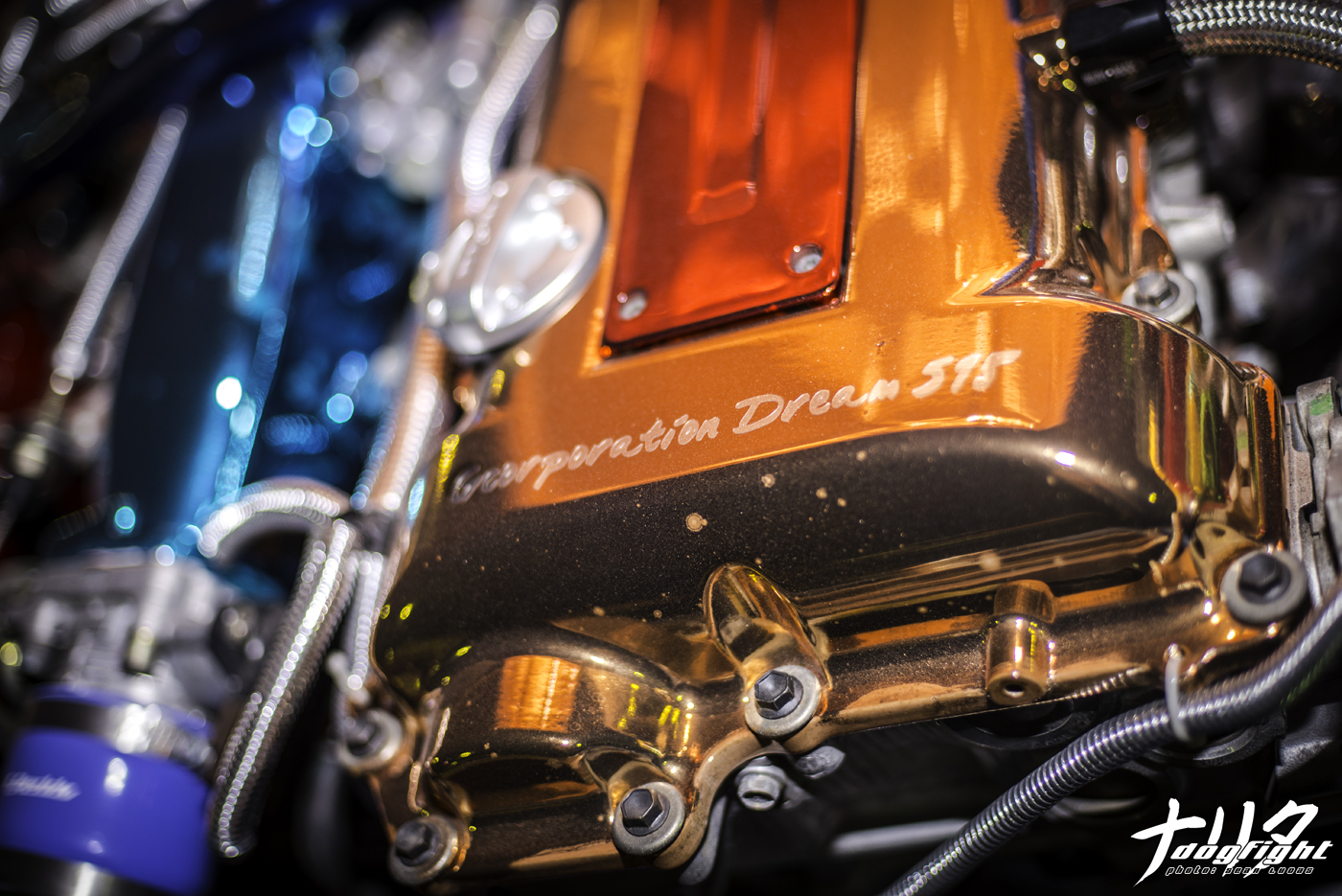 The OEM valve cover of the SR20 is transformed into an array of copper tones that clash beautifully with the brilliant blue intake manifold. 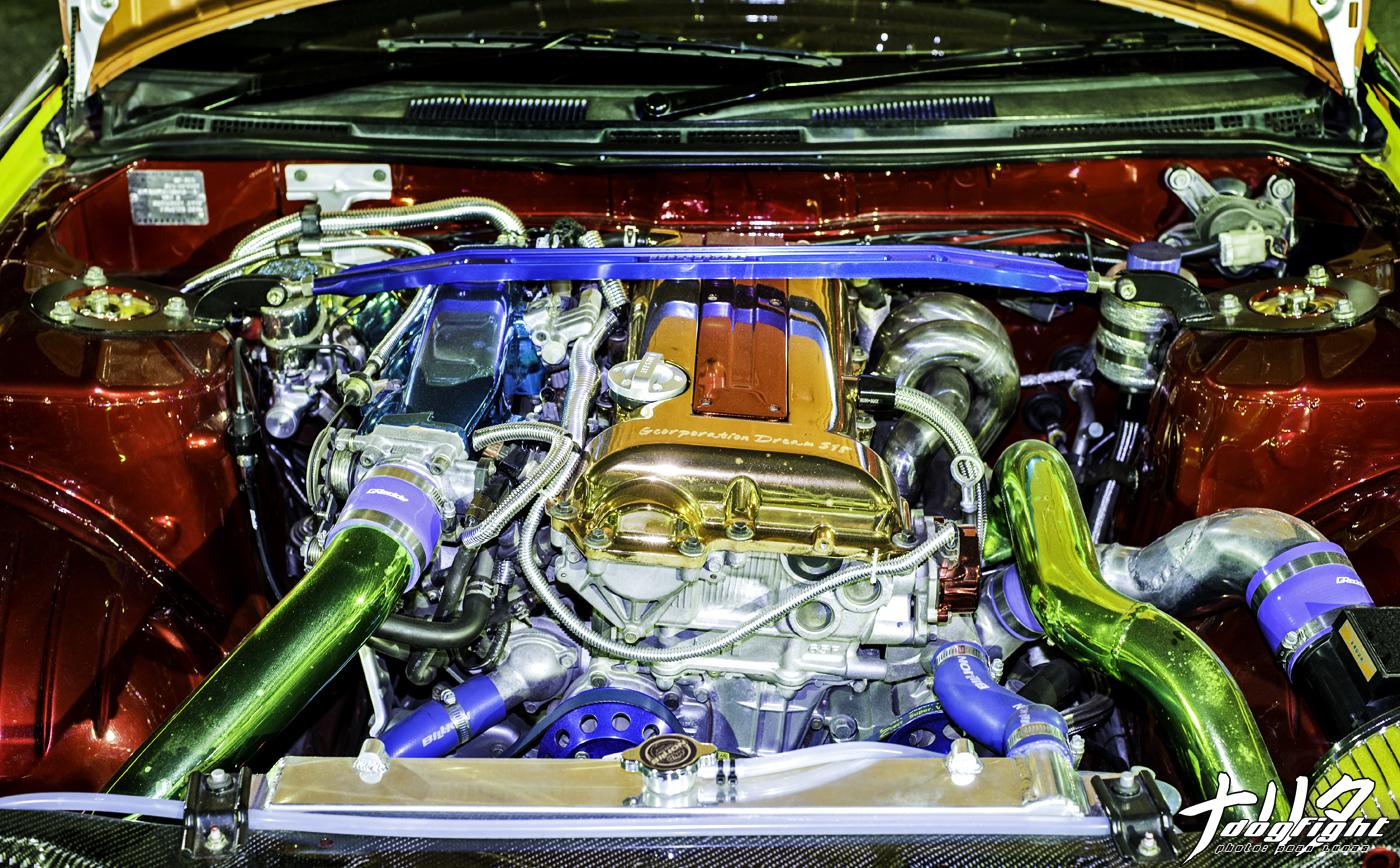 Have you seen such presentation? 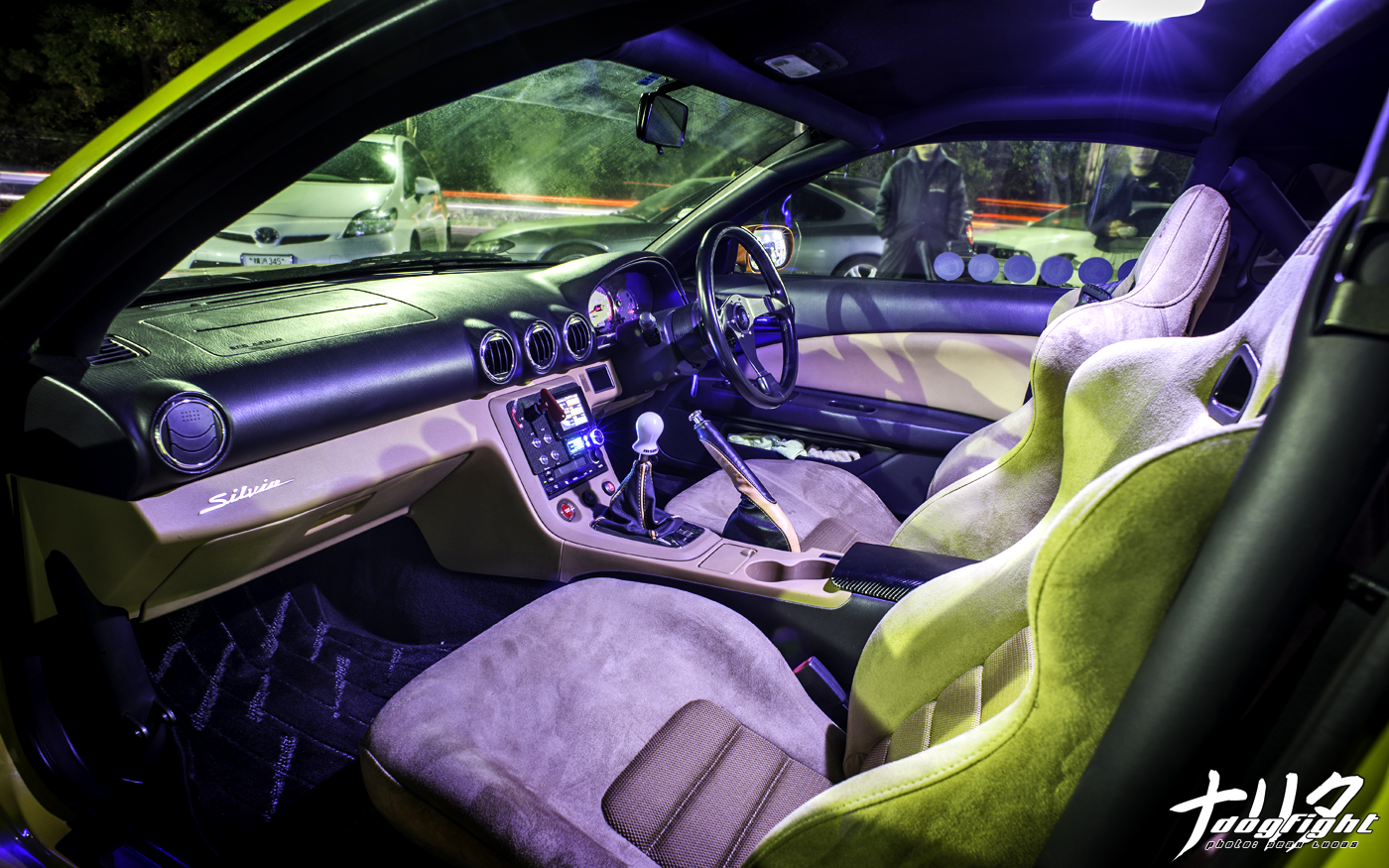 The interior of the Silvia, to my surprise, is actually a bit toned down.  A sort of sport inspired elegance is maintained in an environment which could have easily been carried away like the exterior.  A pair of reclinable Bride seats are reupholstered in a beige suede, accentuating the now two-toned dashboard. 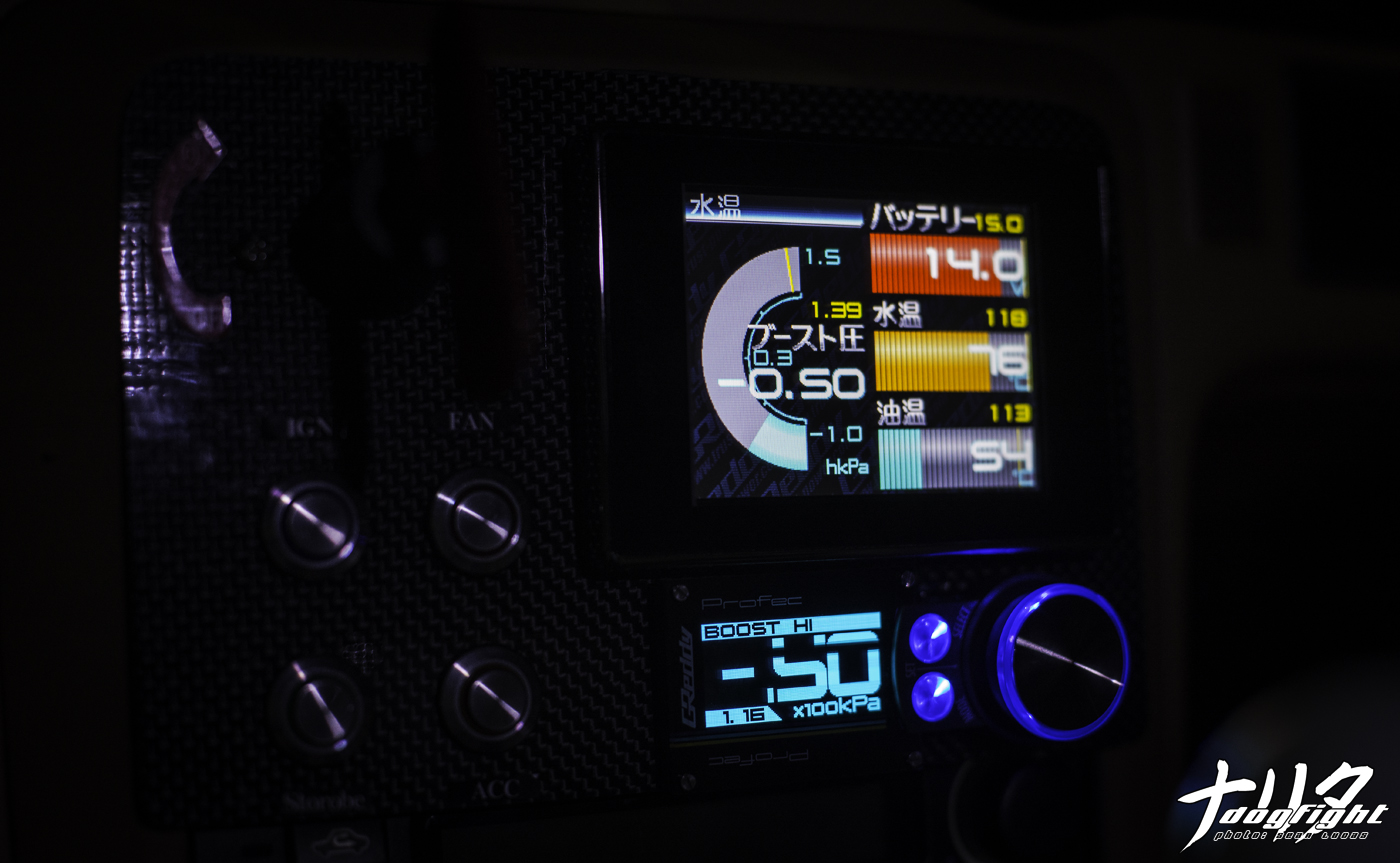 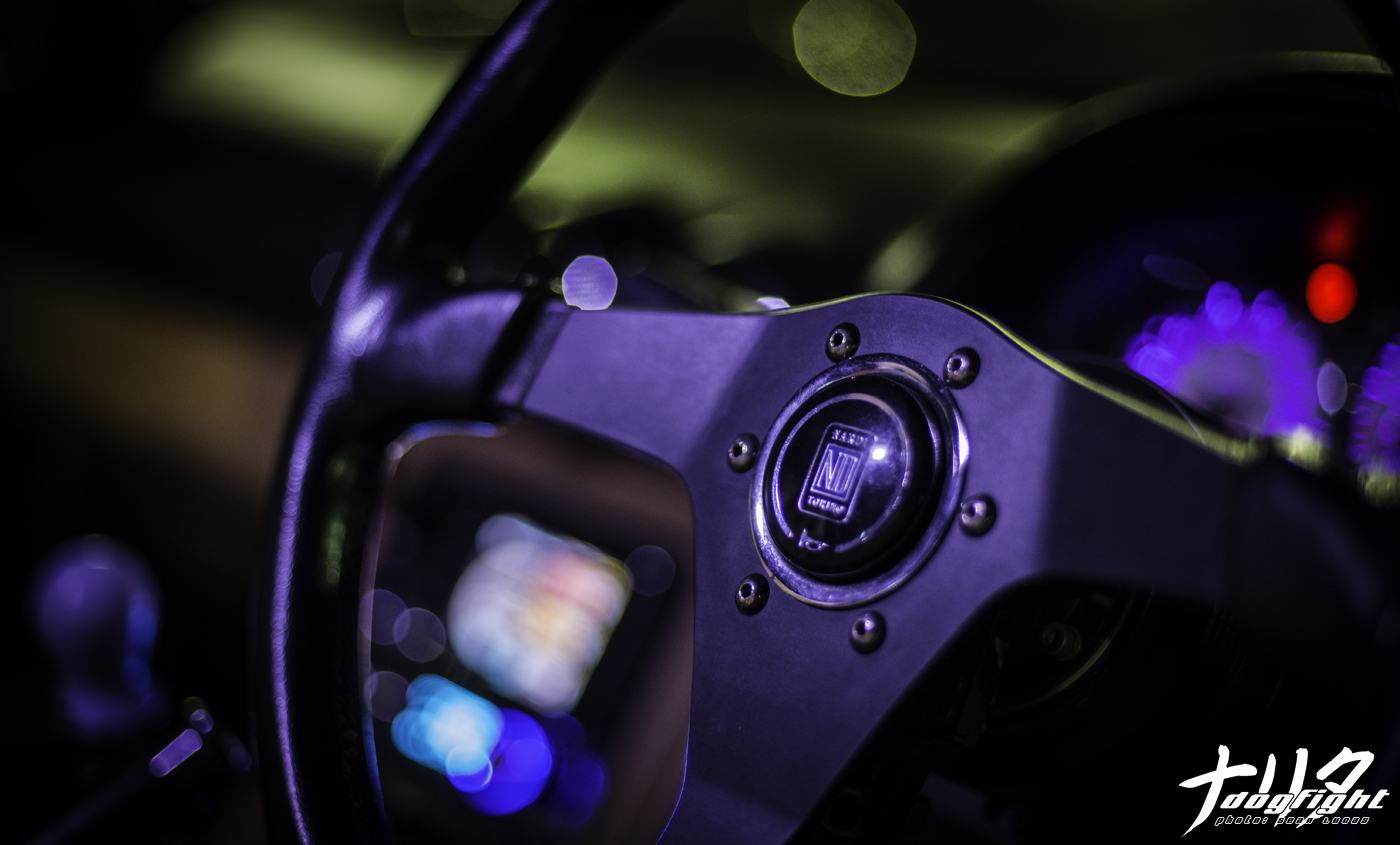 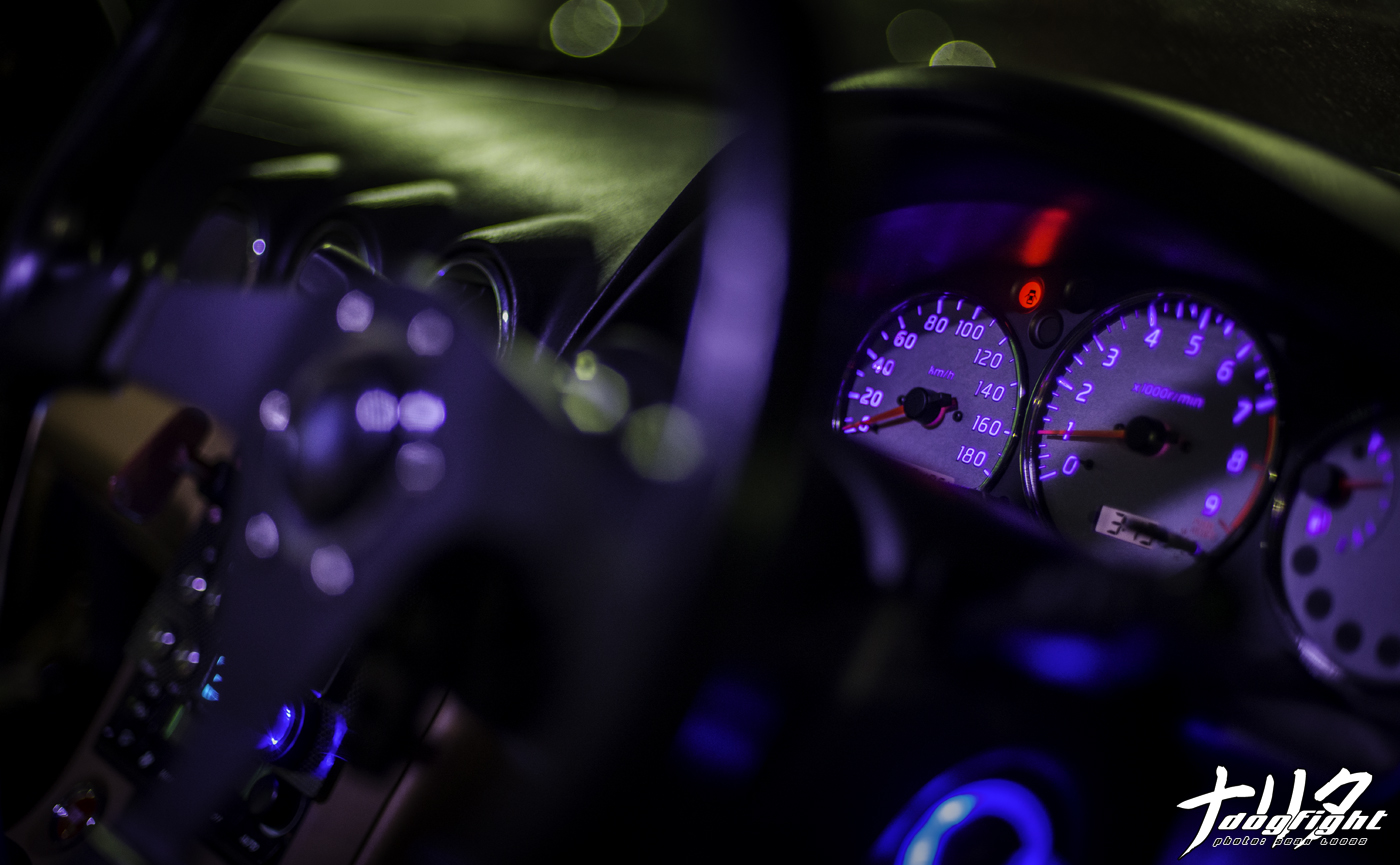 A Nardi wheel replaces the stock piece, while a GReddy Profec arrary sits center and monitors the engine parameters. 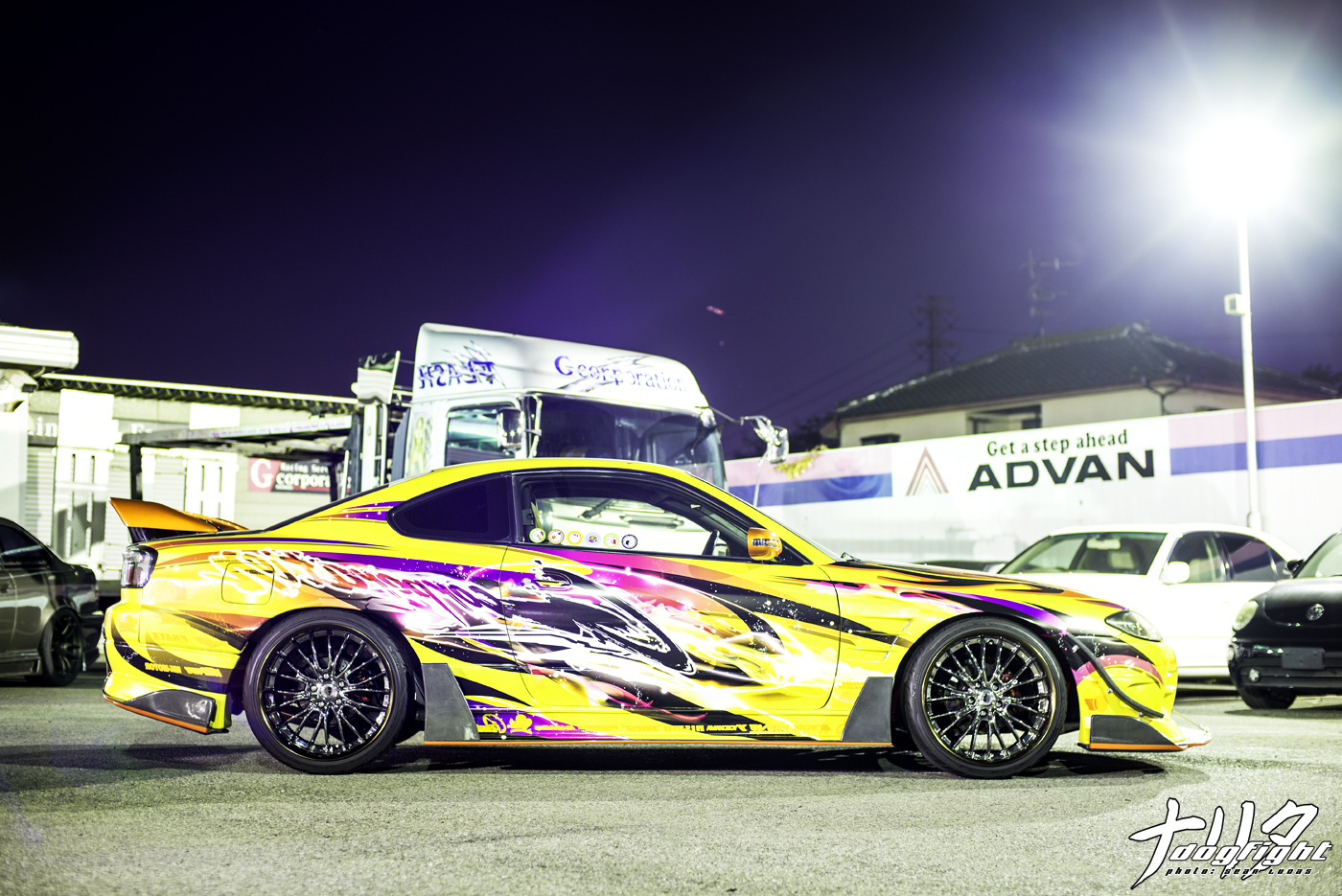 Yes, this is a car that not everyone will like.  It’s brash, gaudy, and over the top.  It is questionable in a variety of ways and no doubt not everyone’s cup of tea.  There is, however, one fantastic, undeniable fact about it, and that is that it was built not from a desire to be seen.  Not from a need to be acclaimed in any regard.  Built not to prove anything.  It was built because it’s what one man truly wanted to build.  It’s a combination of his wildest imagination, come to life, because he was able to do it.  It is a Dream Silvia.  That is what makes G-Corporation so special, that is what they deliver to their customers, and it’s what will make this car memorable long after it’s gone.