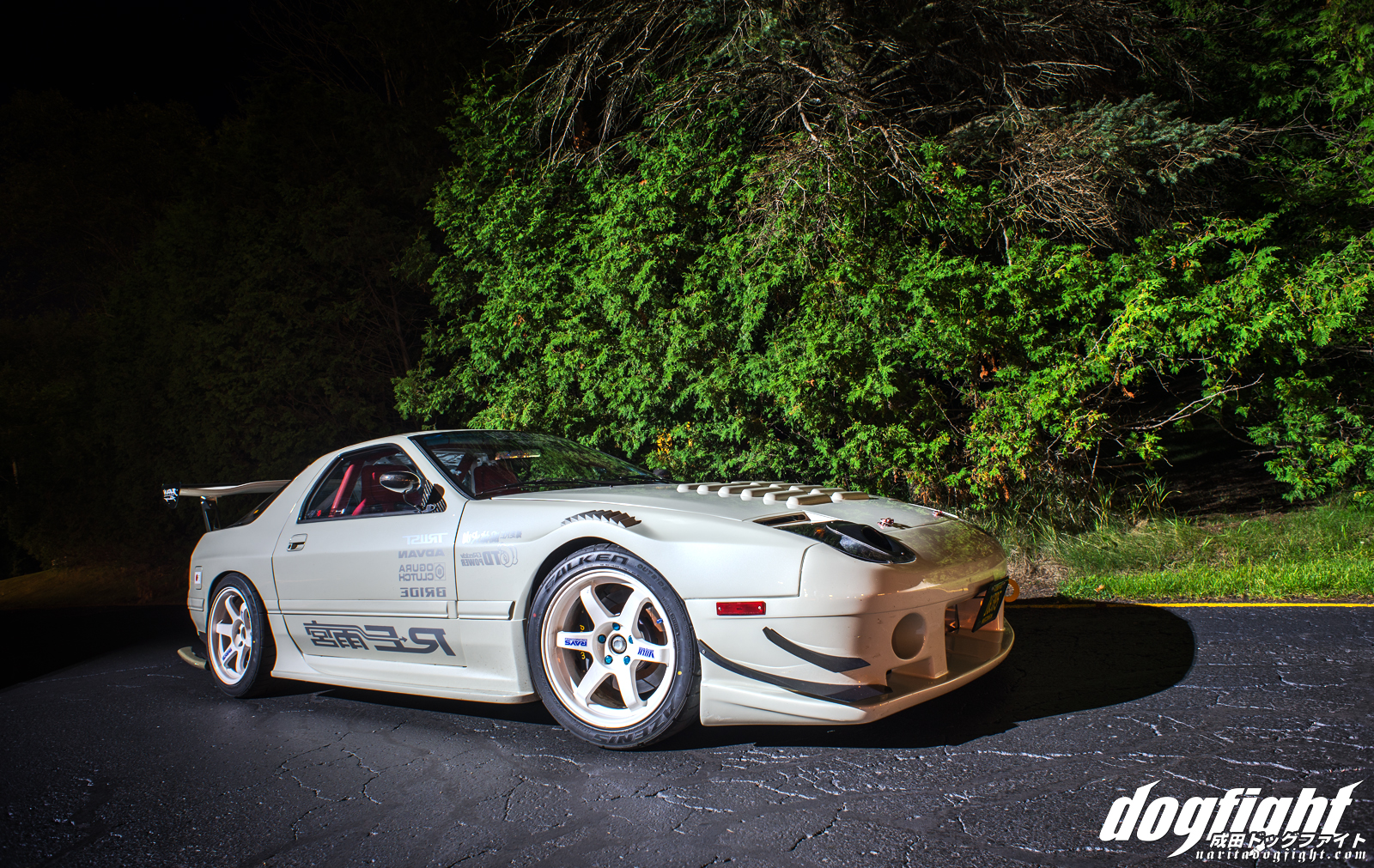 When I had first decided that I would be attending Final Bout, to be honest, it wasn’t the event that I was actually looking forward to; it was seeing this particular car.  Don’t get me wrong, I was excited for the event, but getting to see in person, and more so getting to meet the builder, of what I perceive to be the most well executed FC in the country would become the highlight of my trip. 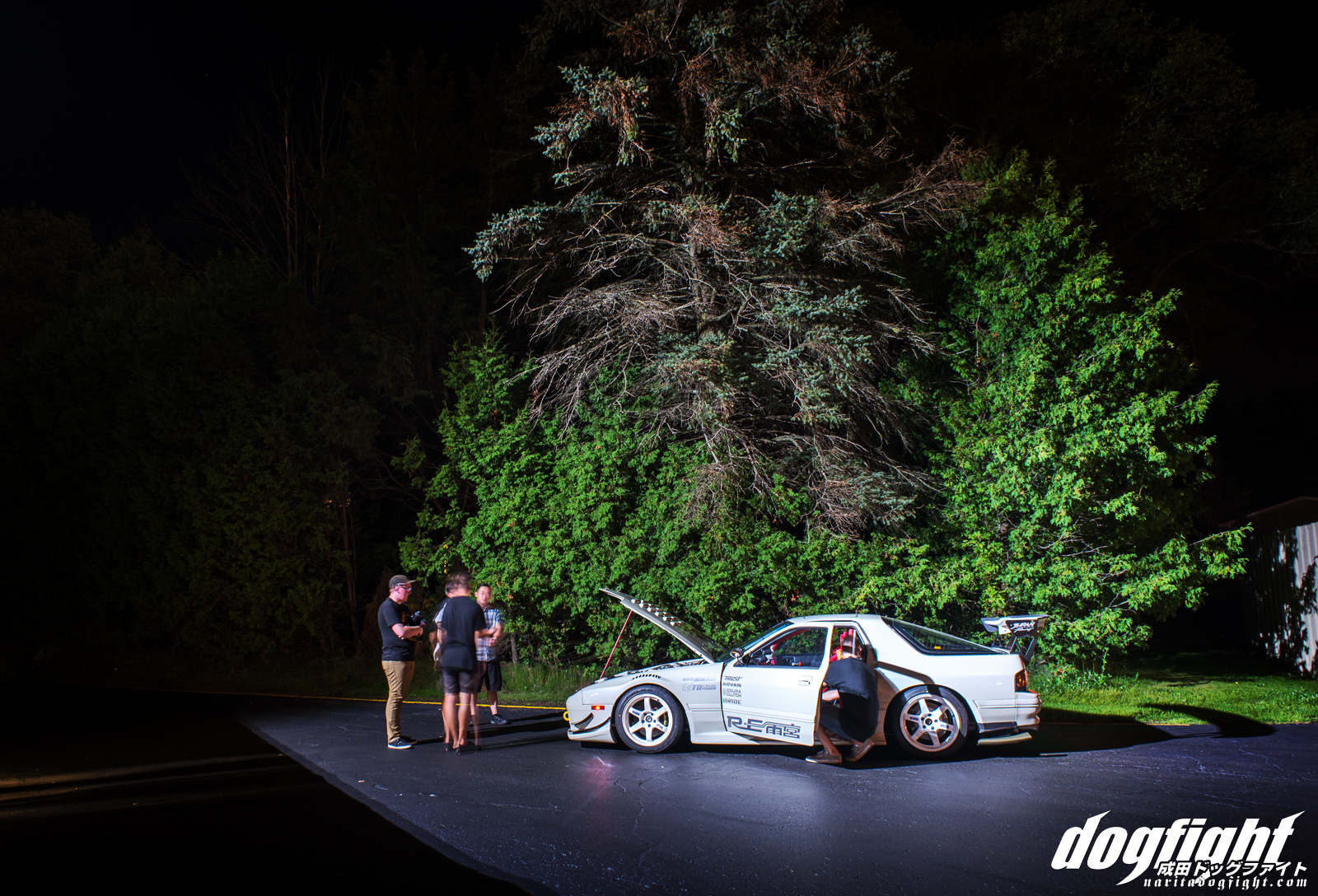 I first met Kou at US Air during the Final Bout practice runs.  I had seen his car in the parking lot and, under the impression that he was there, knew who he was as he approached me.  Before I made the decision to go to Final Bout, even last year, I had been talking to Kou about coming out to Milwaukee to photograph his car for the site.

After the first day of Final Bout our entourage had gone in search of some good eats, so naturally we ended up at Perkin’s Cafe.  When Kou got a hold of me we were just wrapping up our classic American, late night breakfast.  He arrived with his brother in time to chat a bit before we left. 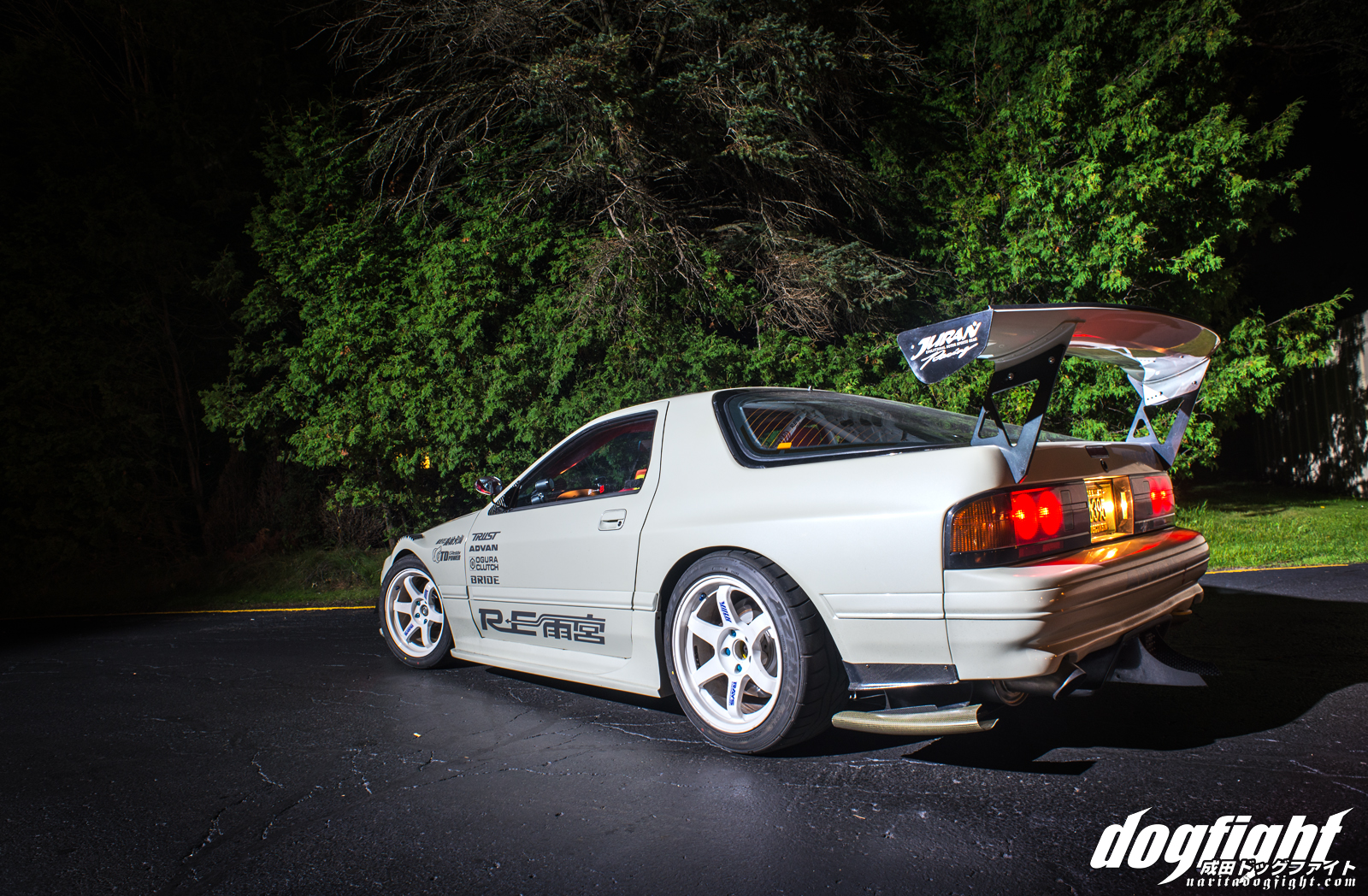 Upon exiting the establishment, we had discussed openly a bit about where we could photograph the car.  It was decided that Shawano didn’t really have many places to successfully complete this task at night, so we were left with few choices.  We eventually rounded the corner of the restaurant and found this one really nice spotlight that would do just fine. 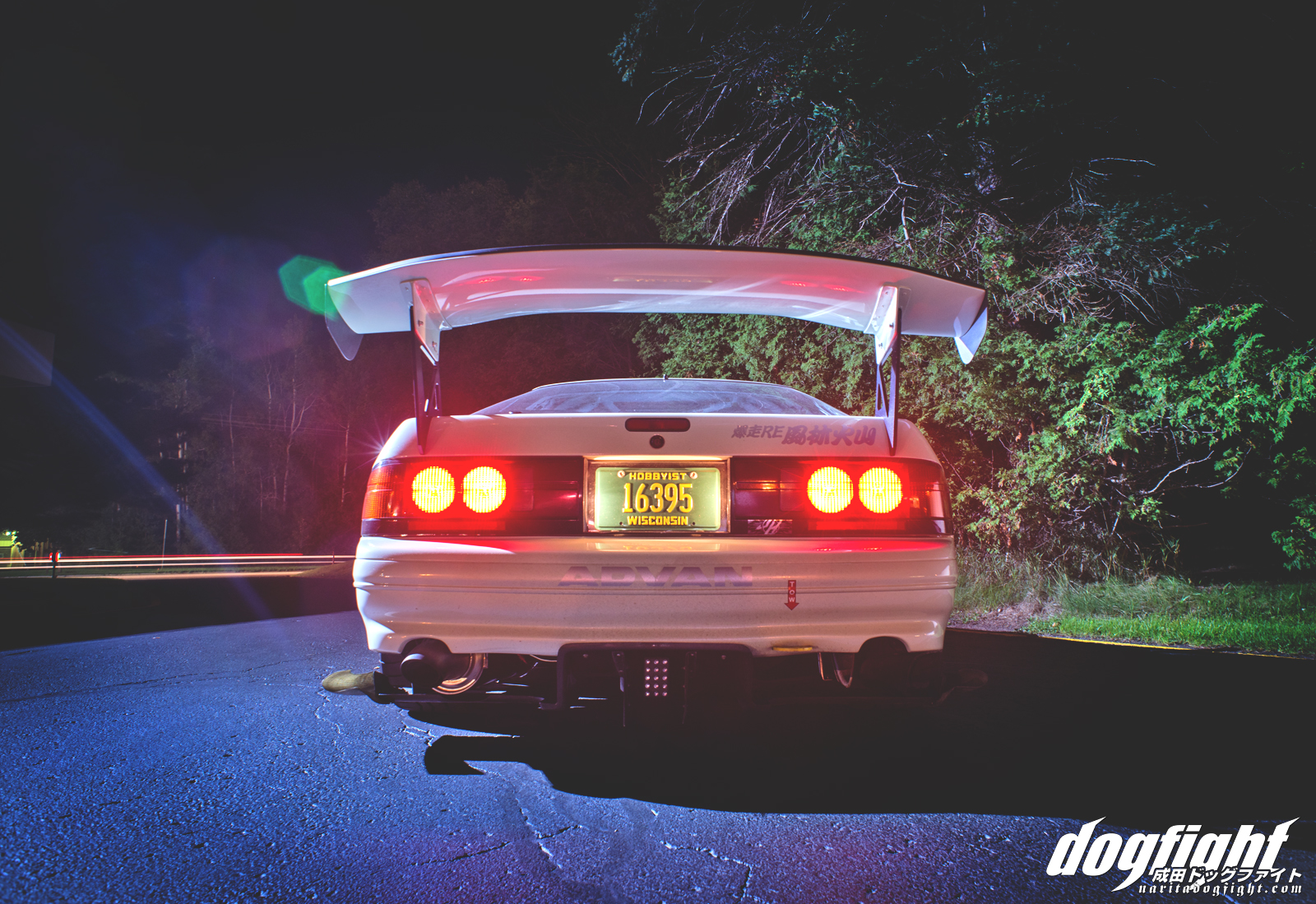 Kou’s car is the definition of dedication; to say that no stone was left unturned would not be an exaggeration (hey that rhymes). 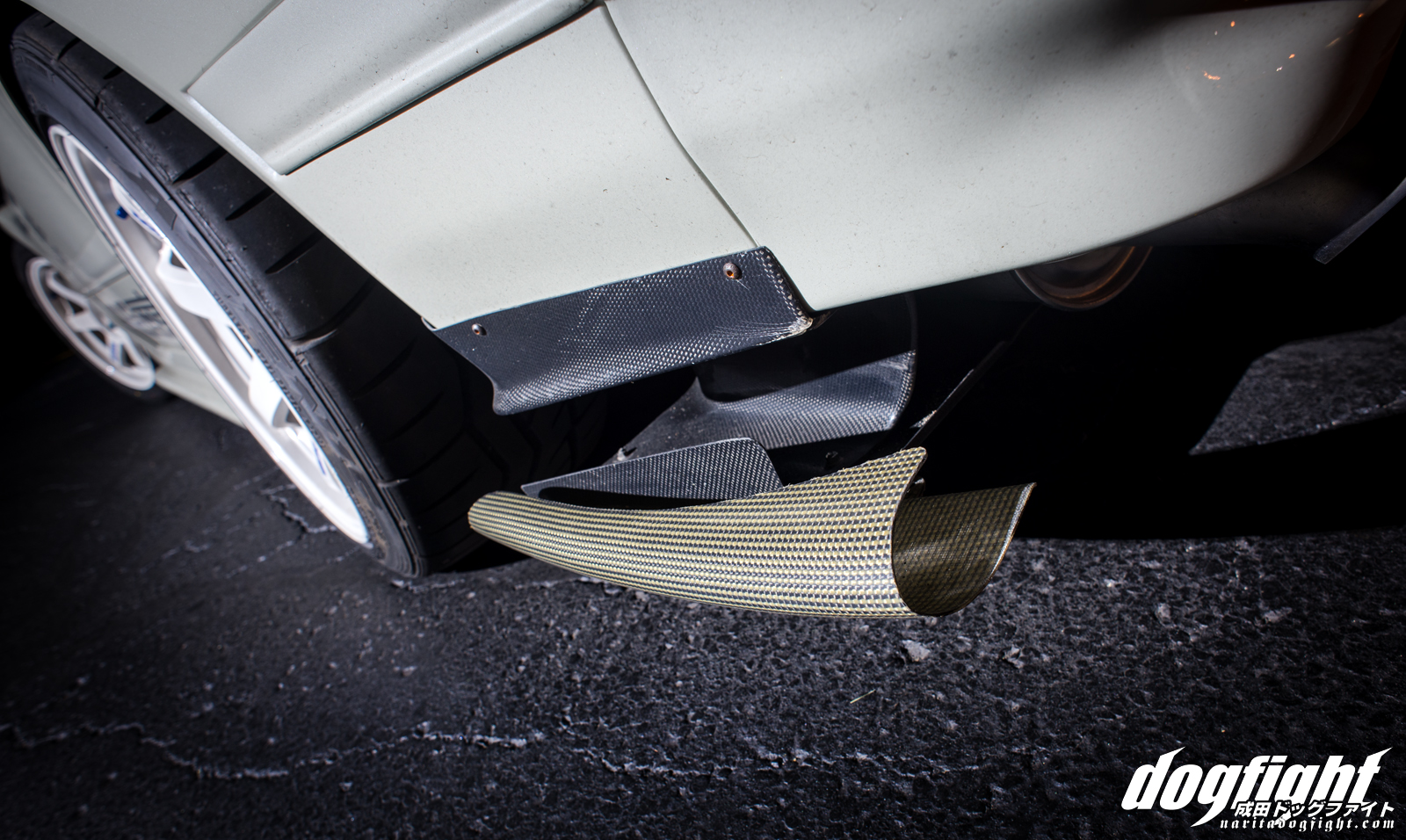 For years, each piece on this car was chosen with a distinct purpose.  With RE’s demo car being the inspiration for his build, Kou modeled his own car after the time attack legend of the early 2000’s.  A full RE Amemiya kit adorns the exterior, along with some other choice modifications.  Panspeed front fenders with Kou’s own custom louvers give the car an extra aggressive posture. 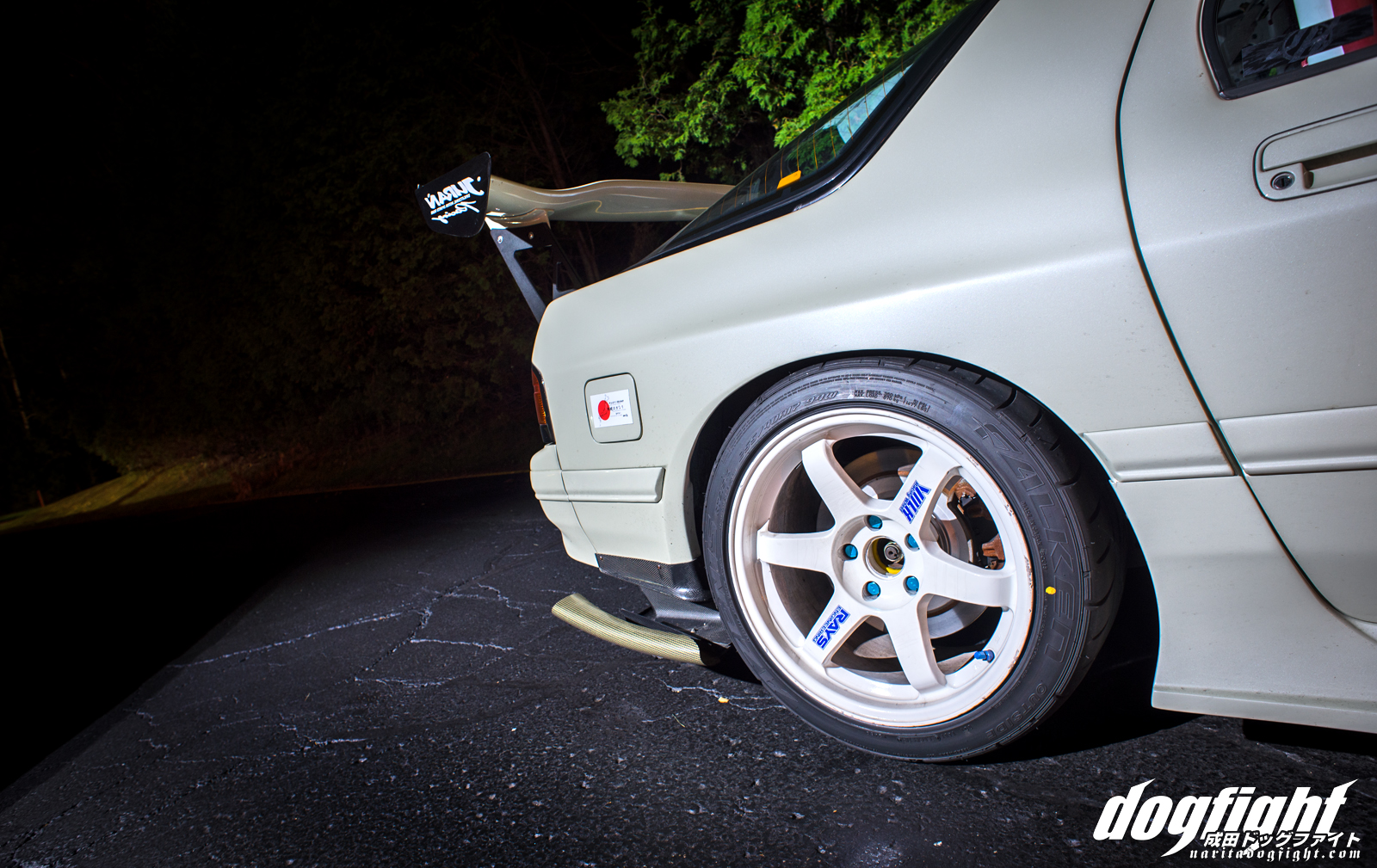 17″ TE-37’s all around replace the standard Enkei RPF1’s that he used to have on the car (the same ones that Amemiya utilized on their demo car).  Personally I prefer the look of the TE’s; the sharp white is a contrast the pearlescent white of the car that was taken from an OEM Mitsubishi color. 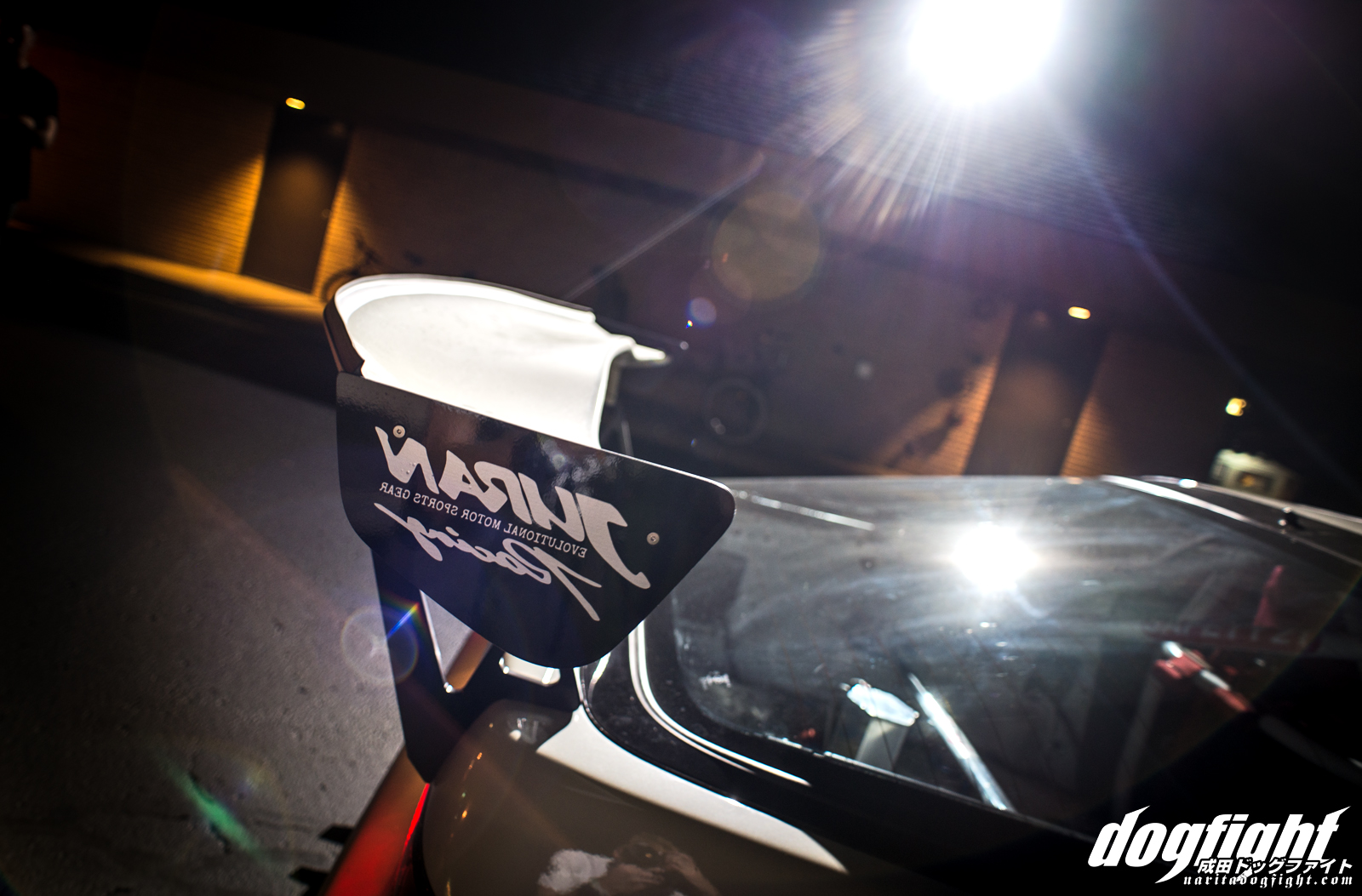 The RE GT Wing with Juran gurney flap is delegated to keeping the rear of the car as stable as possible. 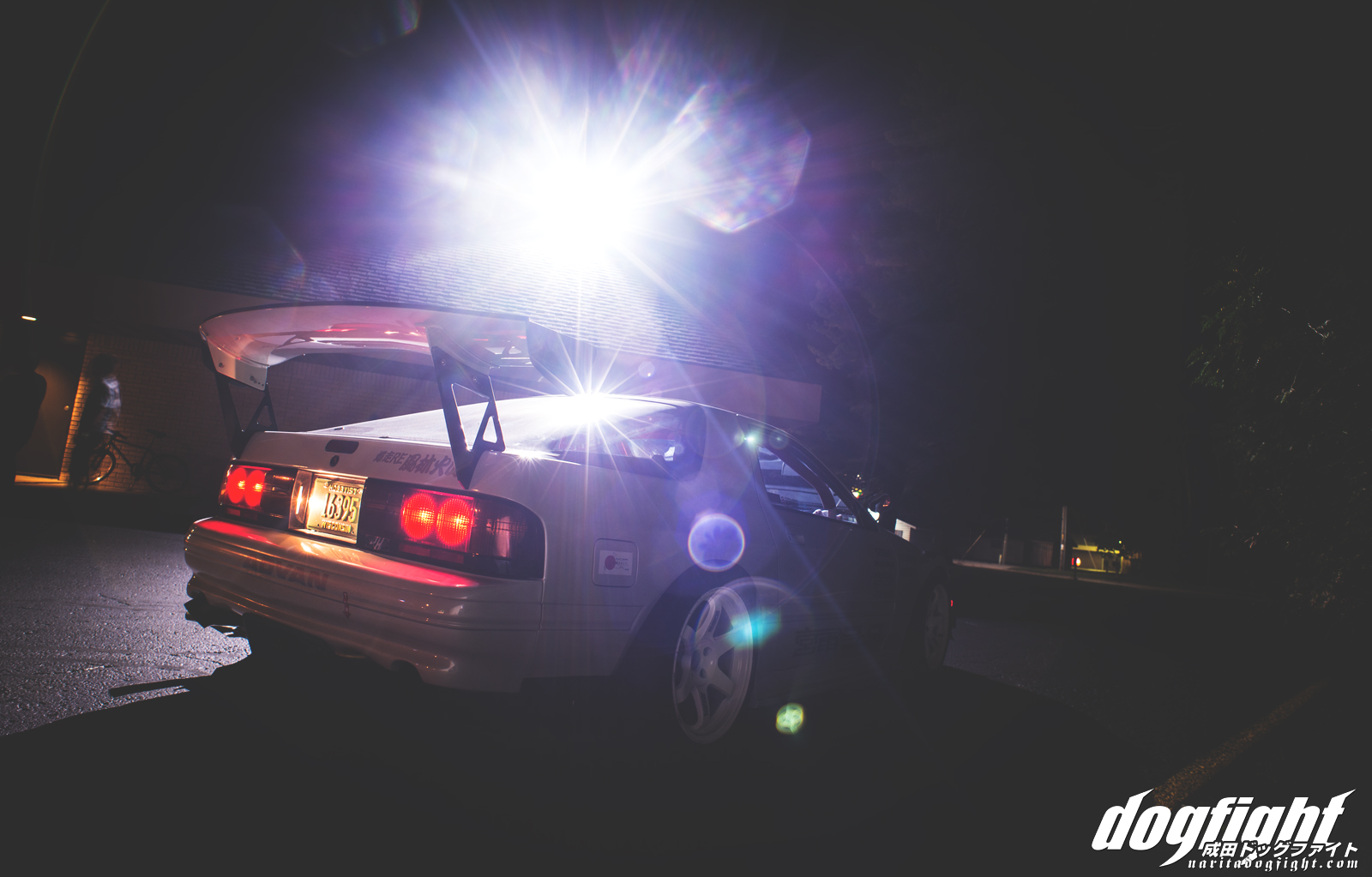 The harsh spotlight made for some rather, unnecessarily dramatic photos… 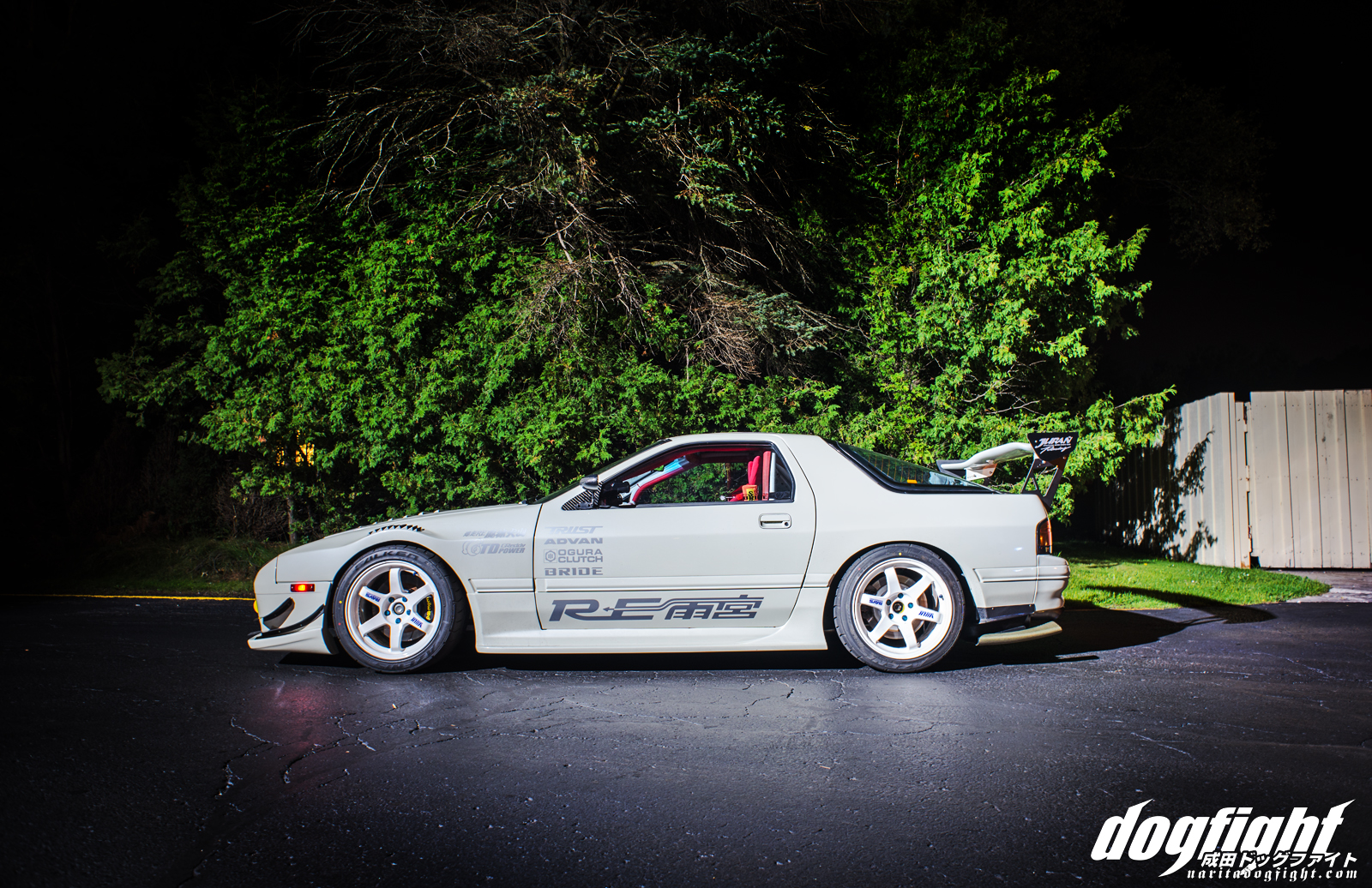 The most recent addition to the car was the RE graphic along the bottom of the door.  Somewhat of a ‘pièce de résistance’, the graphic serves as confirmation that the car has become what Kou had originally sought to build. 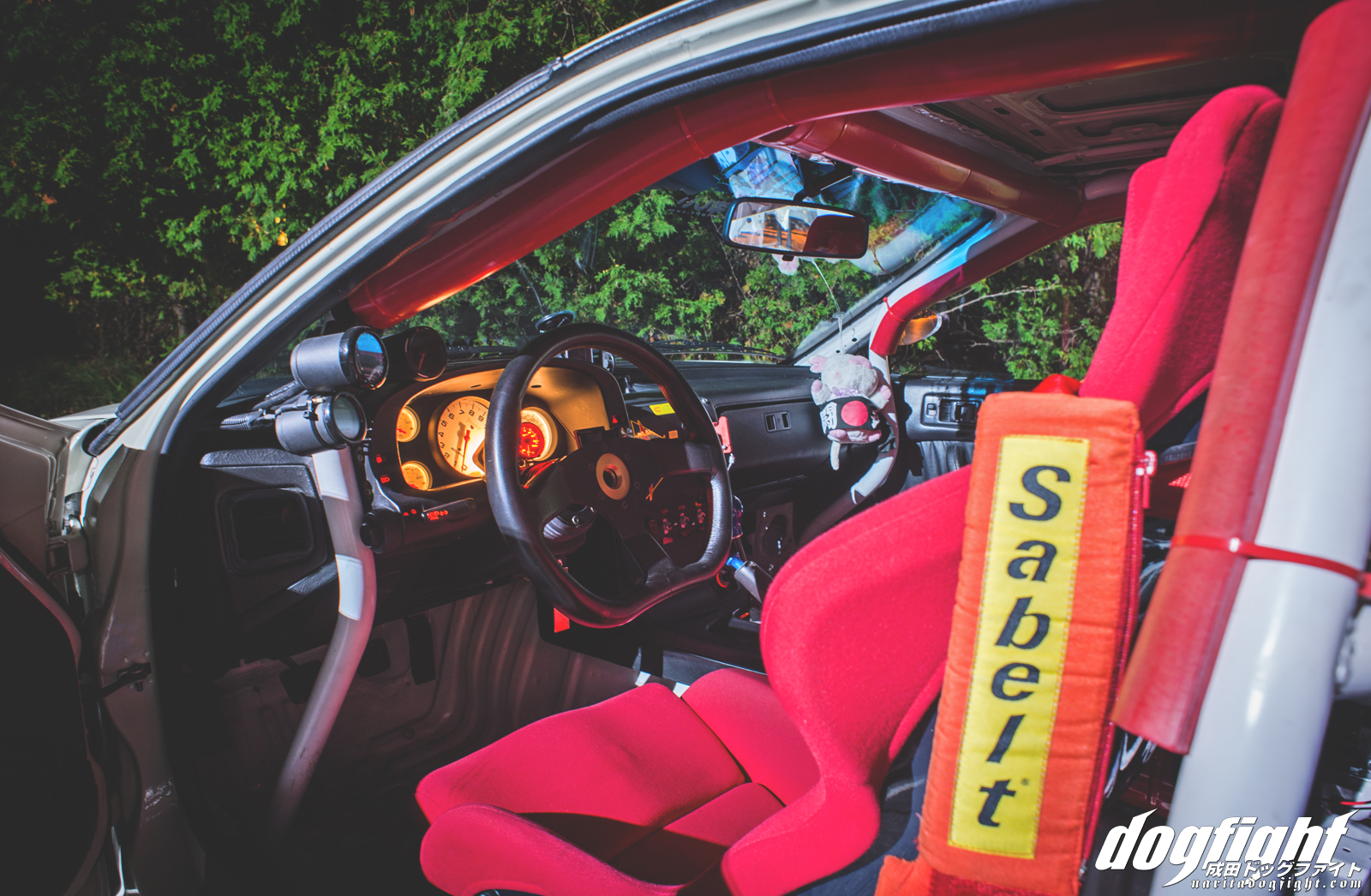 Take a step inside and you’re transported to late 90’s Japan. 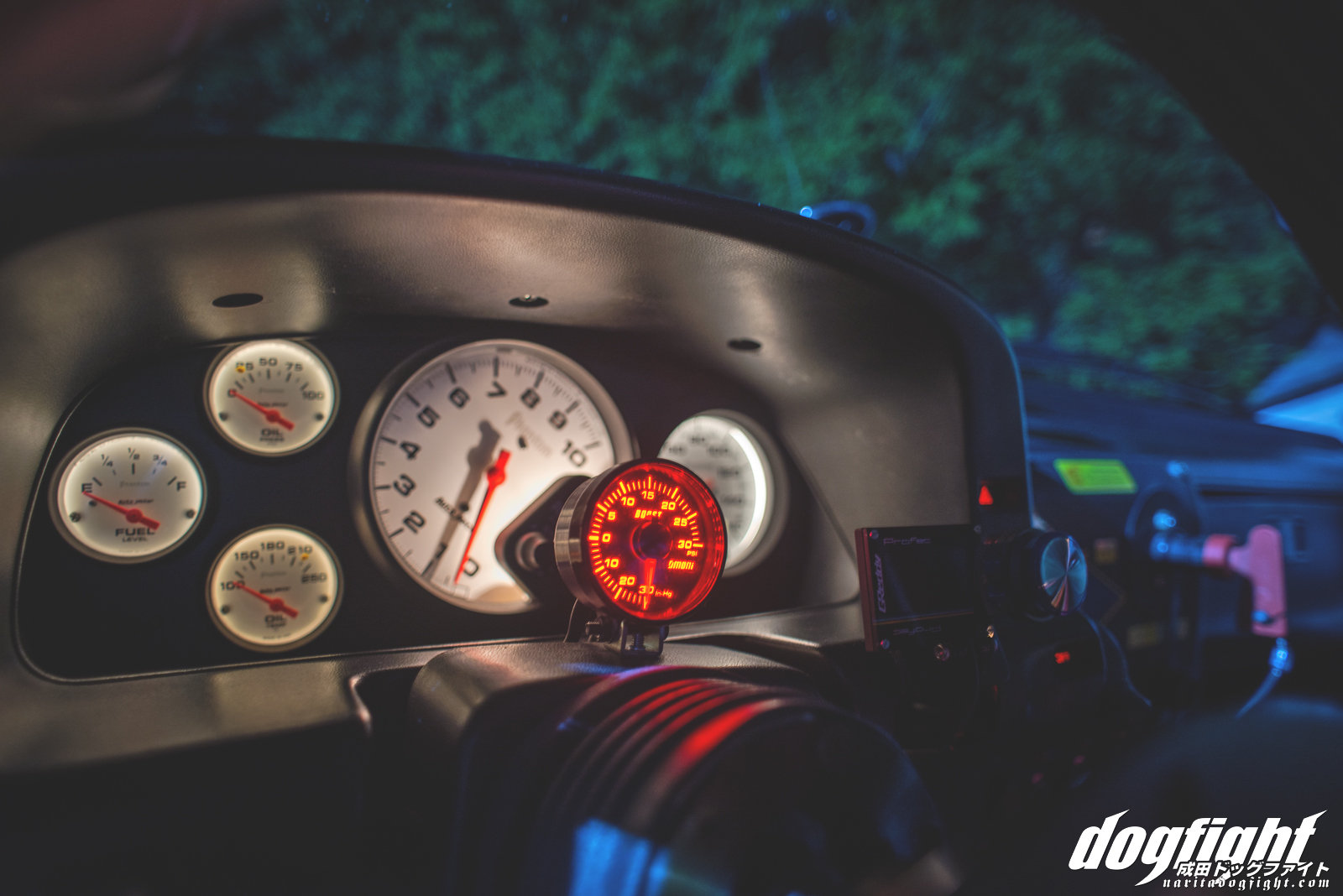 A custom cluster, made up of several Autometer gauges, allows him to monitor the car as he enthusiastically takes it down the expressway – and soon the track. 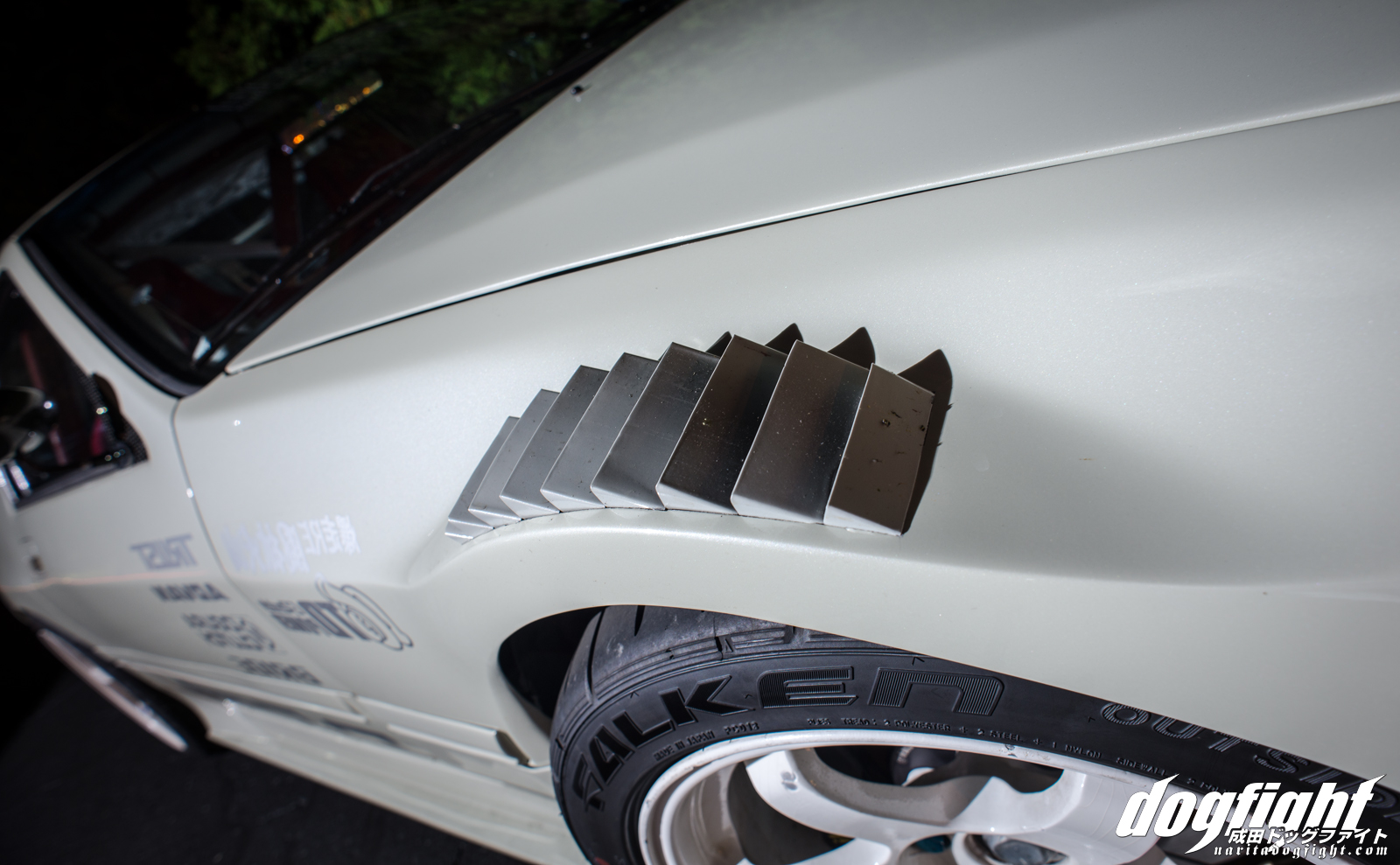 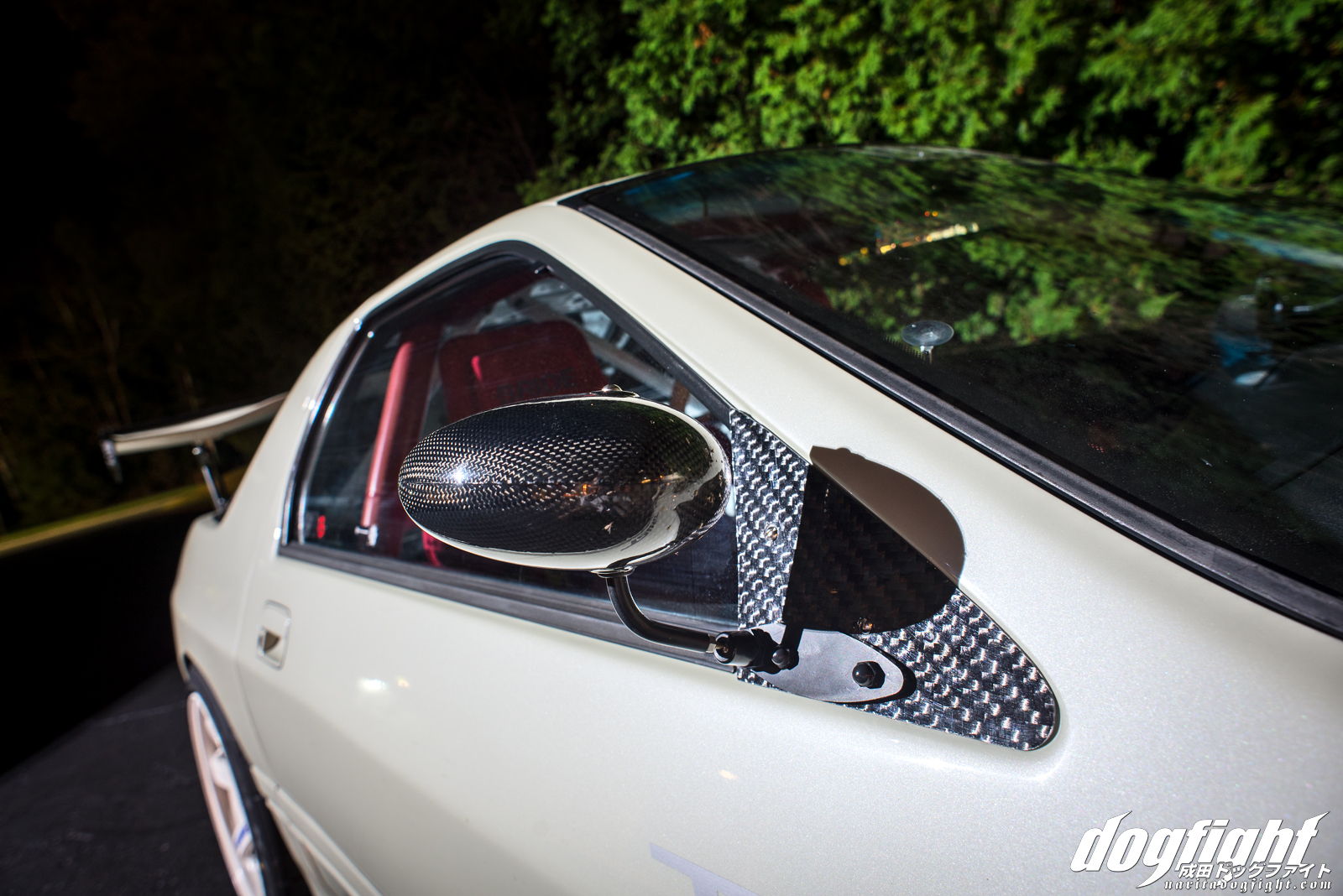 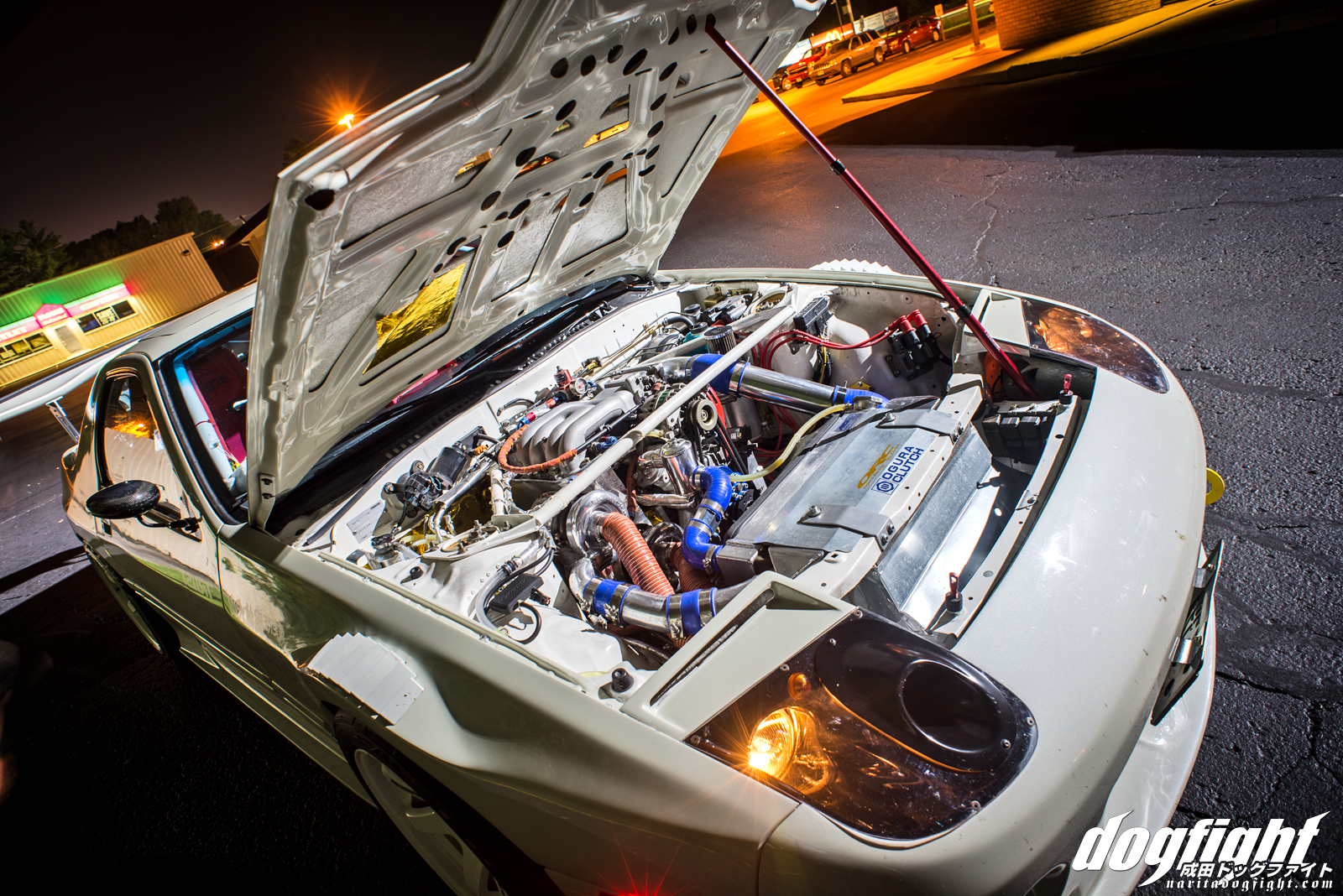 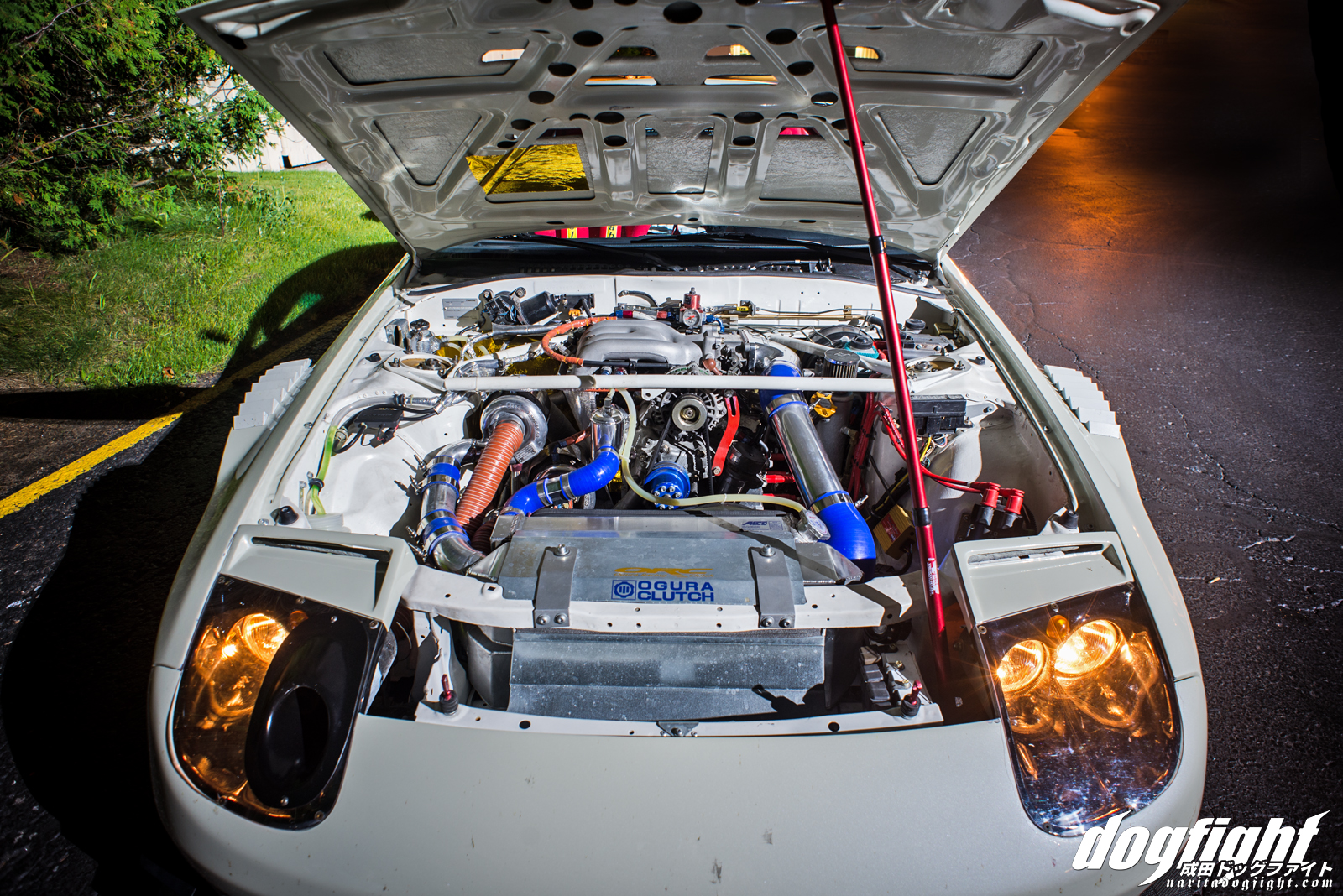 The 13b has been treated to a street port, as well as a handful of FD3S parts to upgrade the older engine pieces. Twin TD05 turbines provide the brunt of the power. 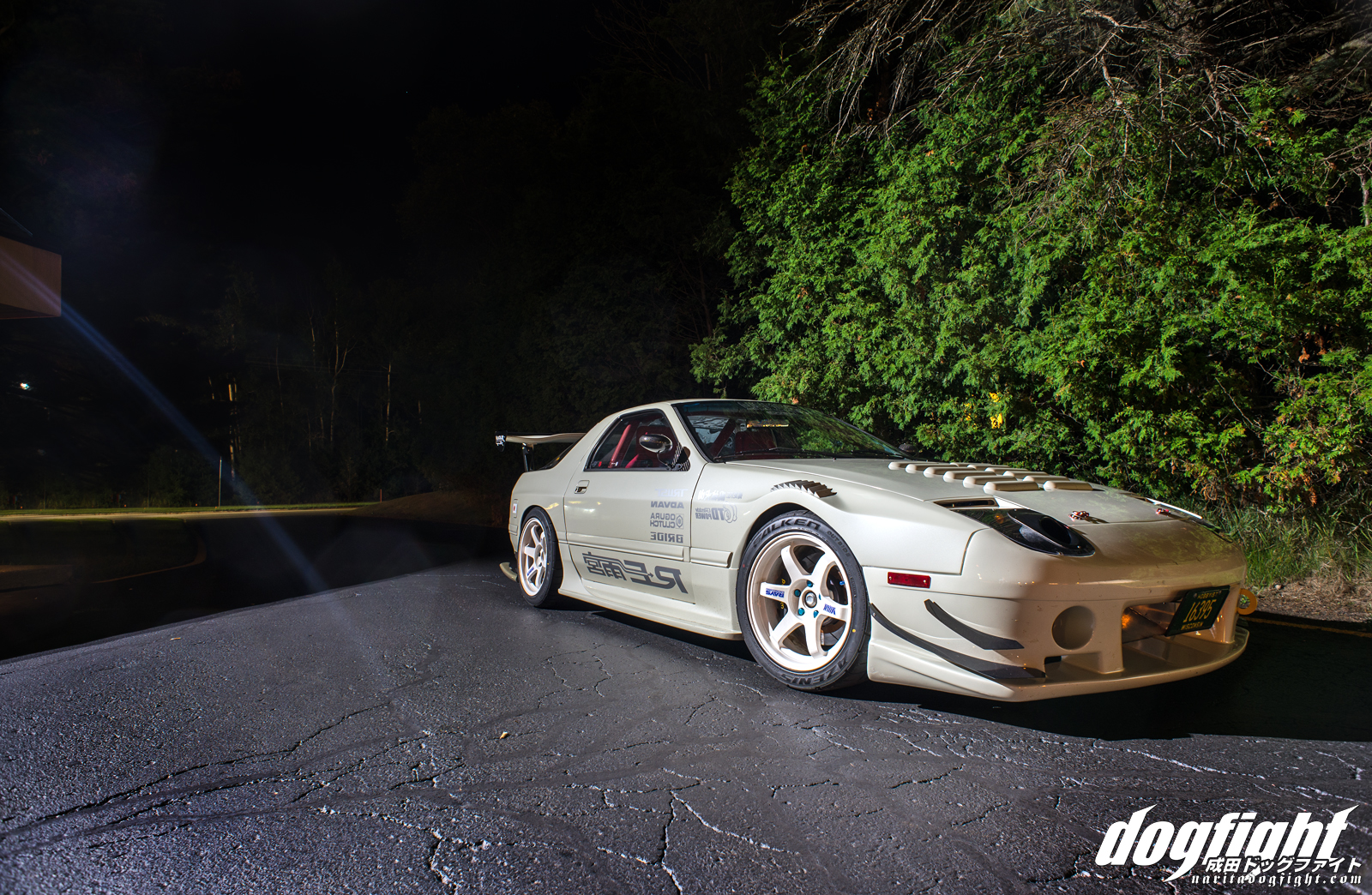 Kou’s journey with this car has become followed worldwide, especially with his feature a few months ago in the late Modified Mag.  He’s inspired many with his dedication and fortitude in building a car he loves, exactly how he wants.  He’s even garnered the attention of Mr. Amemiya himself – but that’s somewhat of a given after seeing just how well built this car is.

Hope to see you on circuit soon!