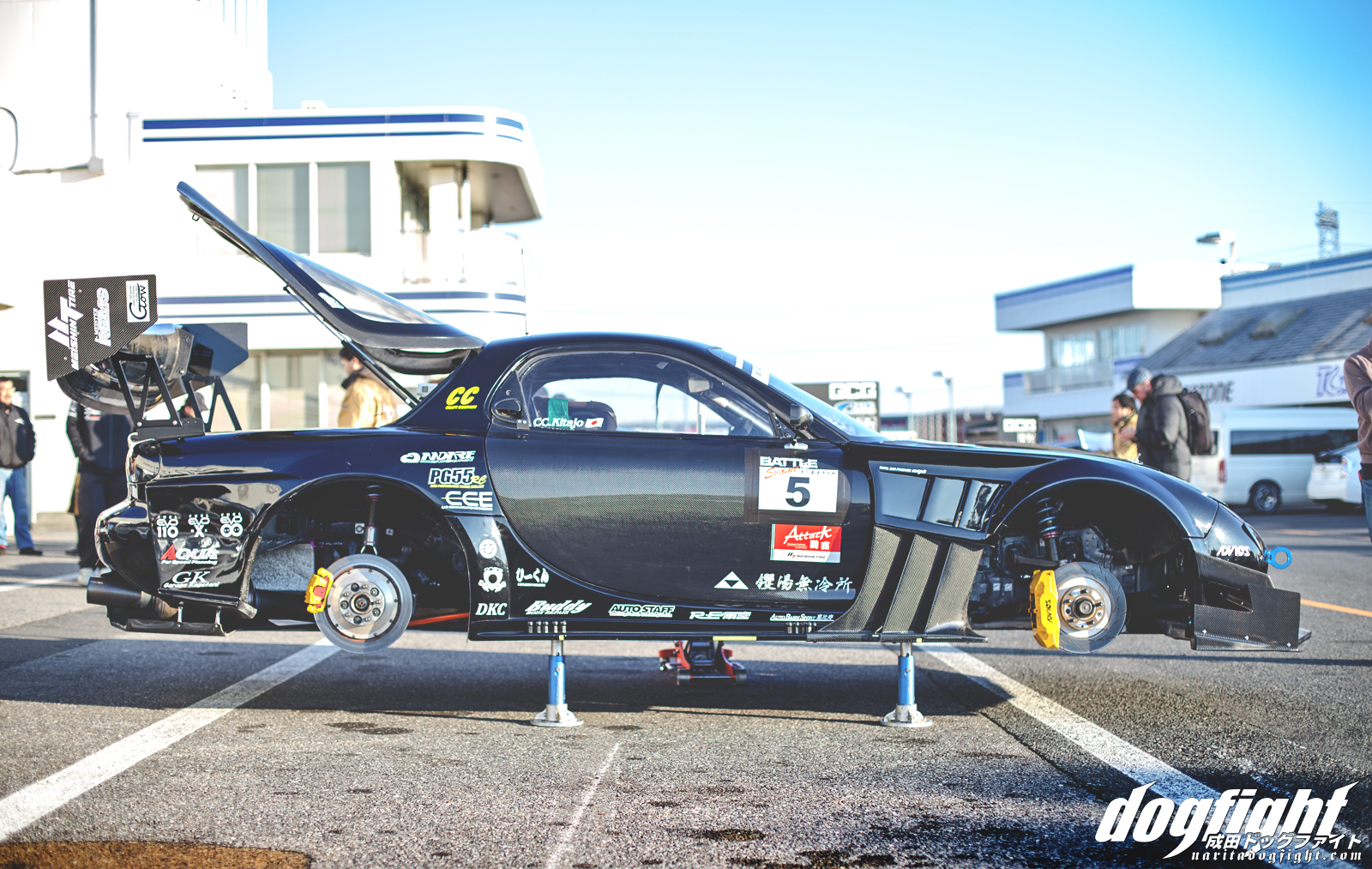 I ran into Masaki this weekend at the second round of Battle Evome at Tsukuba Circuit.  He was not driving his shops demo car, however, but his street ‘practice’ Porsche 996.  On radials, he had hoped to get a still respectable 1’05.000 out of the German made sports car (and if I recall correctly he ended up lapping in the 1’03 range).  We made small talk about his drive to Tsukuba from Kobe, and the day’s unseasonably warm weather.  The conversation didn’t linger on the day’s drive for too long though, and I soon changed the subject to that of his flagship build; the Craft Company FD3S.

Masaki Kitajo is no stranger to the website; a long time supporter, we’ve had him in a lot of the Evome coverage, as well as an older look at this very car. Back then he was driving the rotary powered car around TC2000 in a very quick 57.077.  That was almost exactly two years ago, and with two seasons of fine tuning he’s managed to scrape away over 7 tenths to a new personal best of 56.362, just tenths shy of reaching the 55 second mark; a time easily puts him among the frontrunners of Tsukuba. 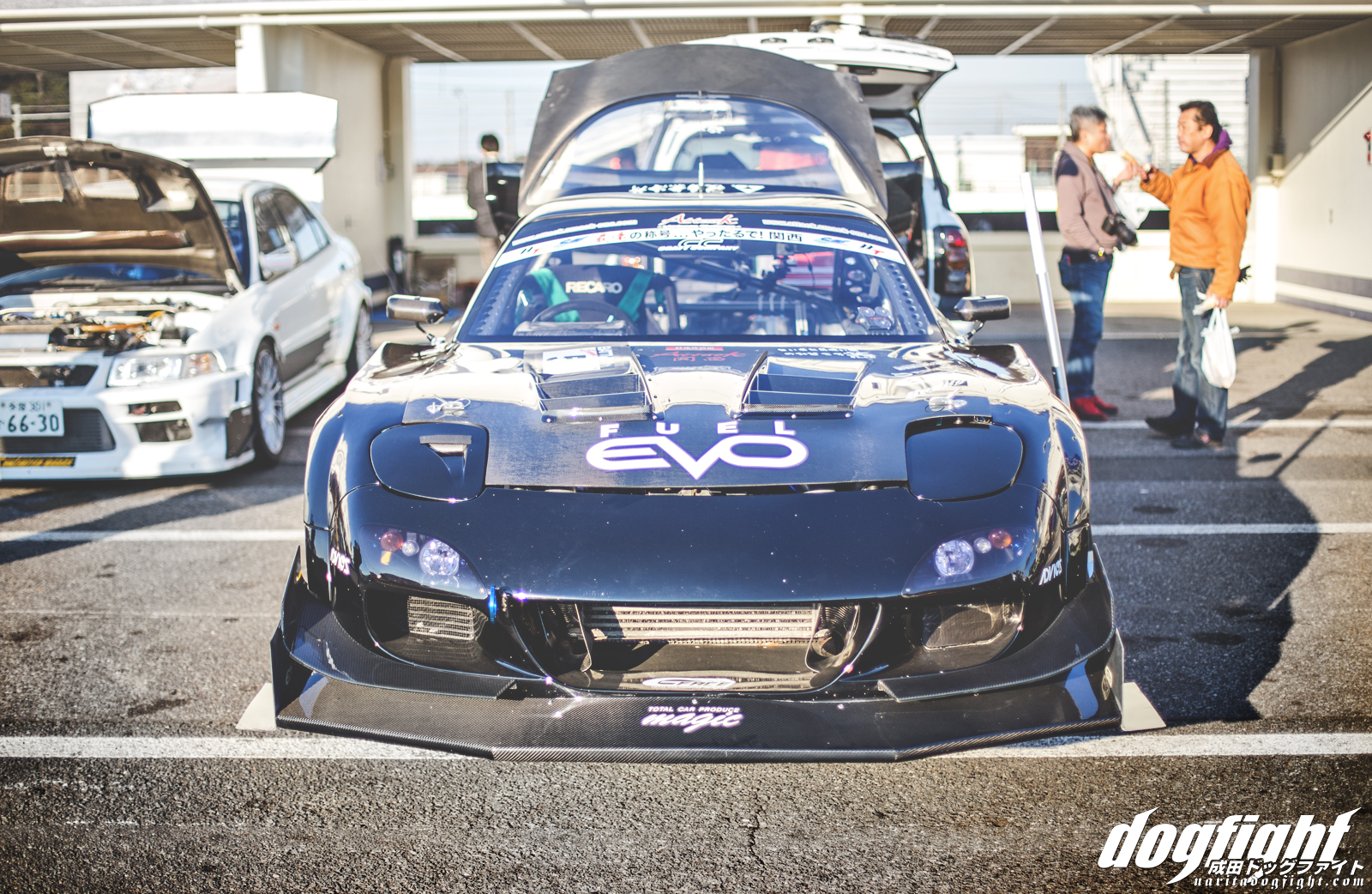 The car has stayed relatively the same as last year, with the exception of some exterior modifications (updated aero packages), and small increases in power each year.  The car is still clad in the TCP Magic G-Face body kit, with an updated front splitter and canard setup. 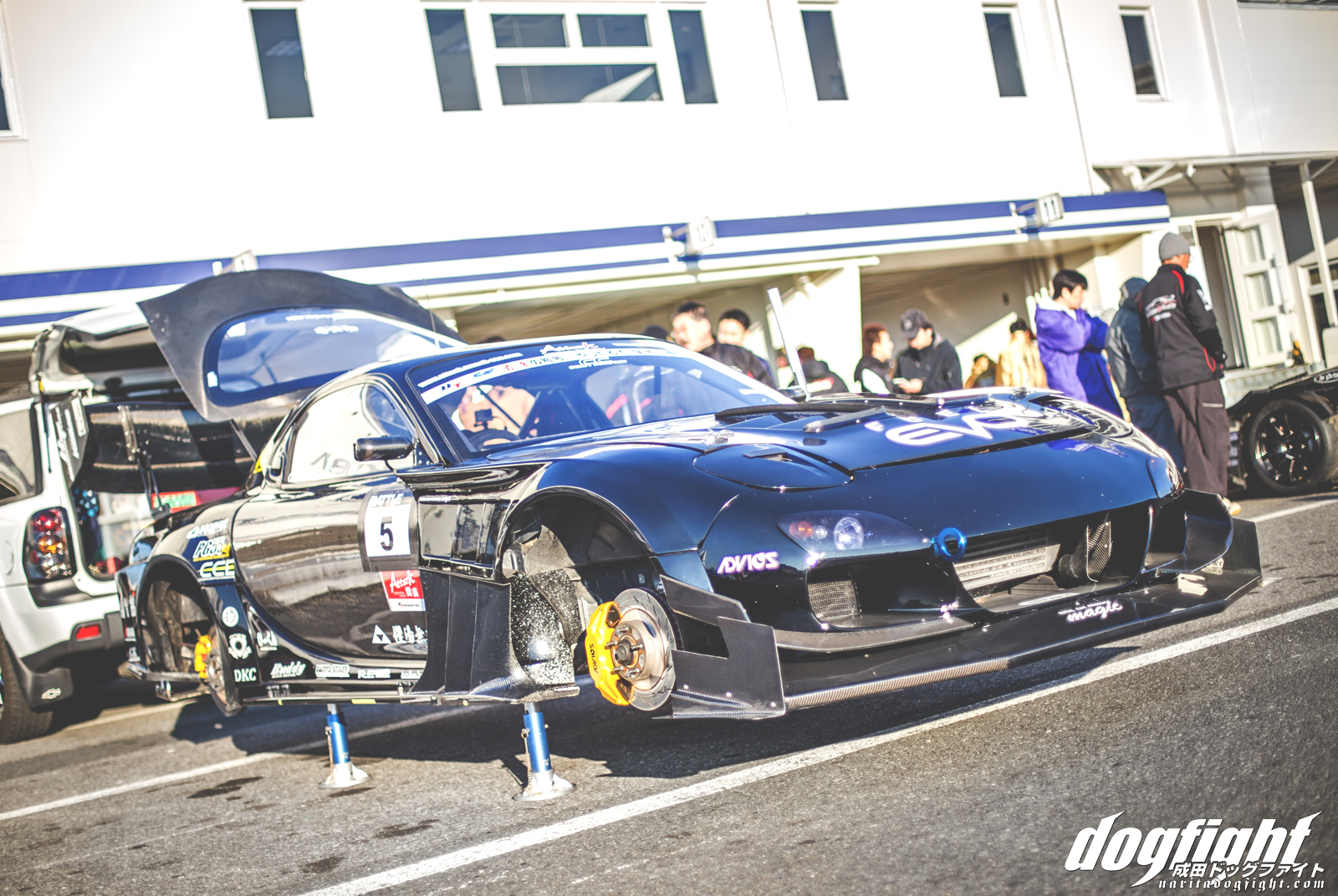 I’ve always loved how the cars take on an entirely different look when on all four jack points with no wheels; almost future hover race like.  Note the hinged GT wing that still allows Masaki access to the hatch. 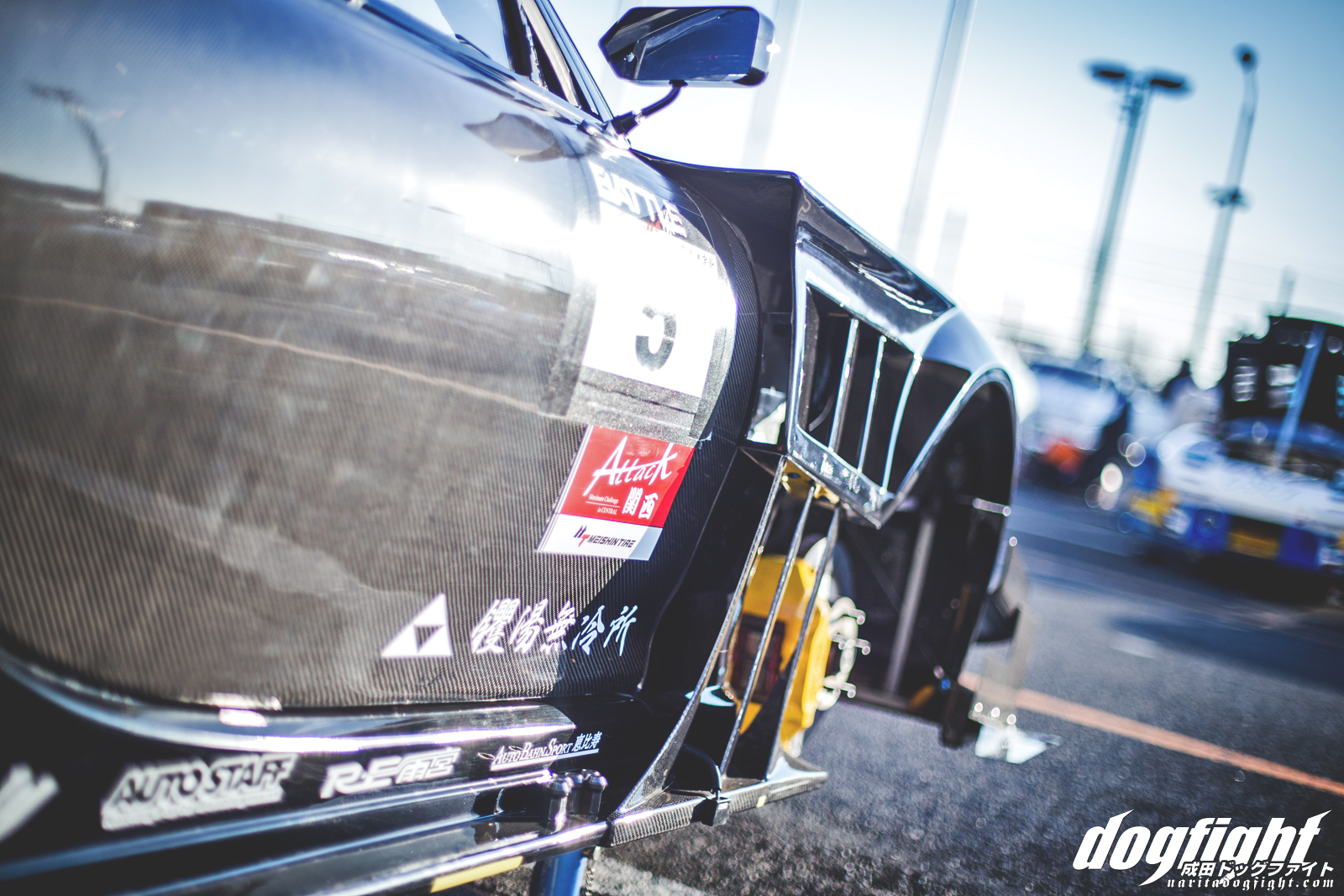 The aggressive styling of the TCP Magic fenders is one of the most unique looks for the FD. 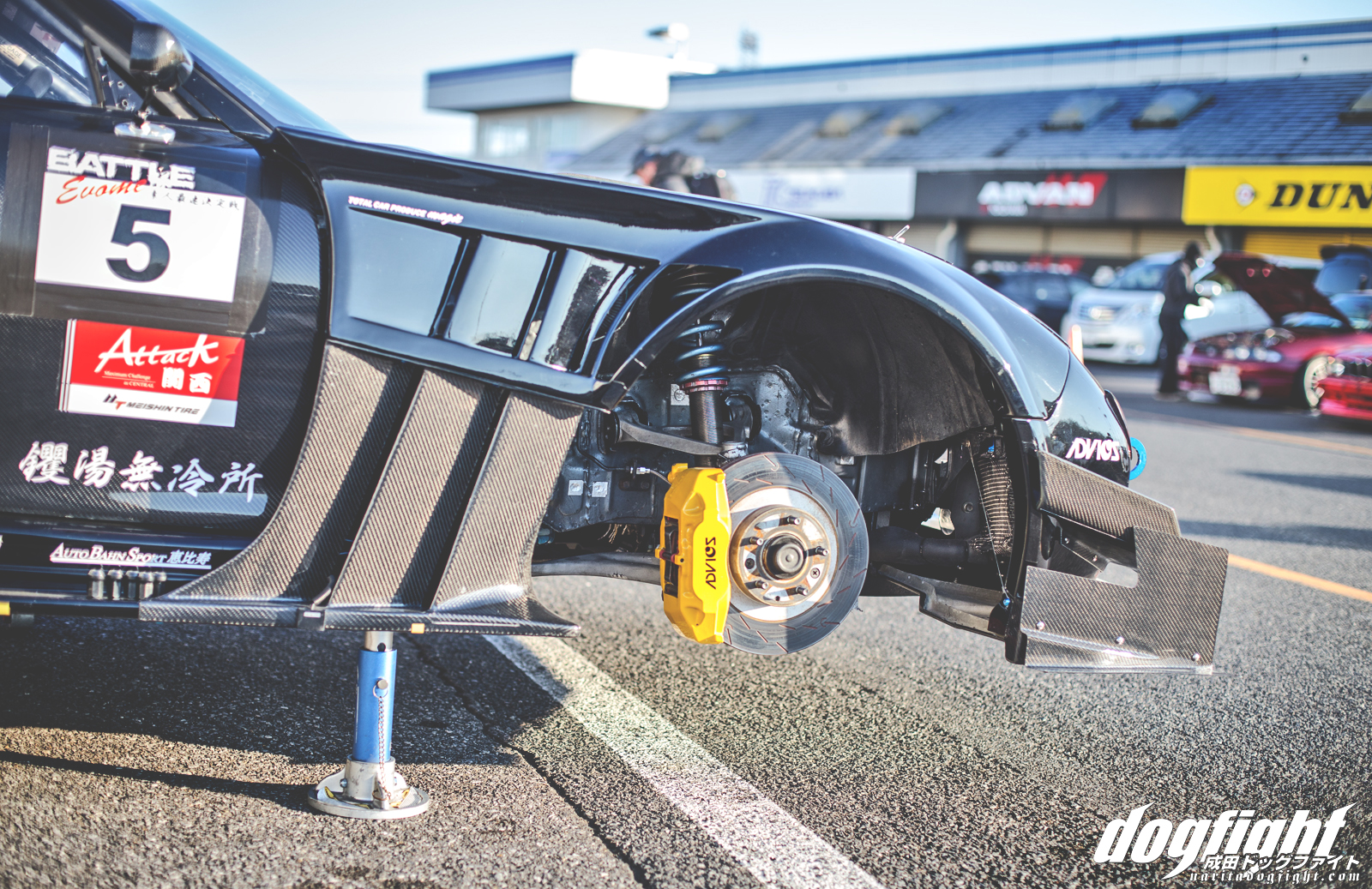 Among the few upgrades this year are a new braking package; although he just says the calipers are yellow now haha. An Advics (Advanced Intelligent Chassis System) brake system now resides at all four corners of the car.  Advics, while not well known, is a Japanese owned company that designs, engineers, manufactures. and sells braking components for OE and racing applications.  The sister company, while still Japanese managed, actually resides in Ohio (Advics North America). 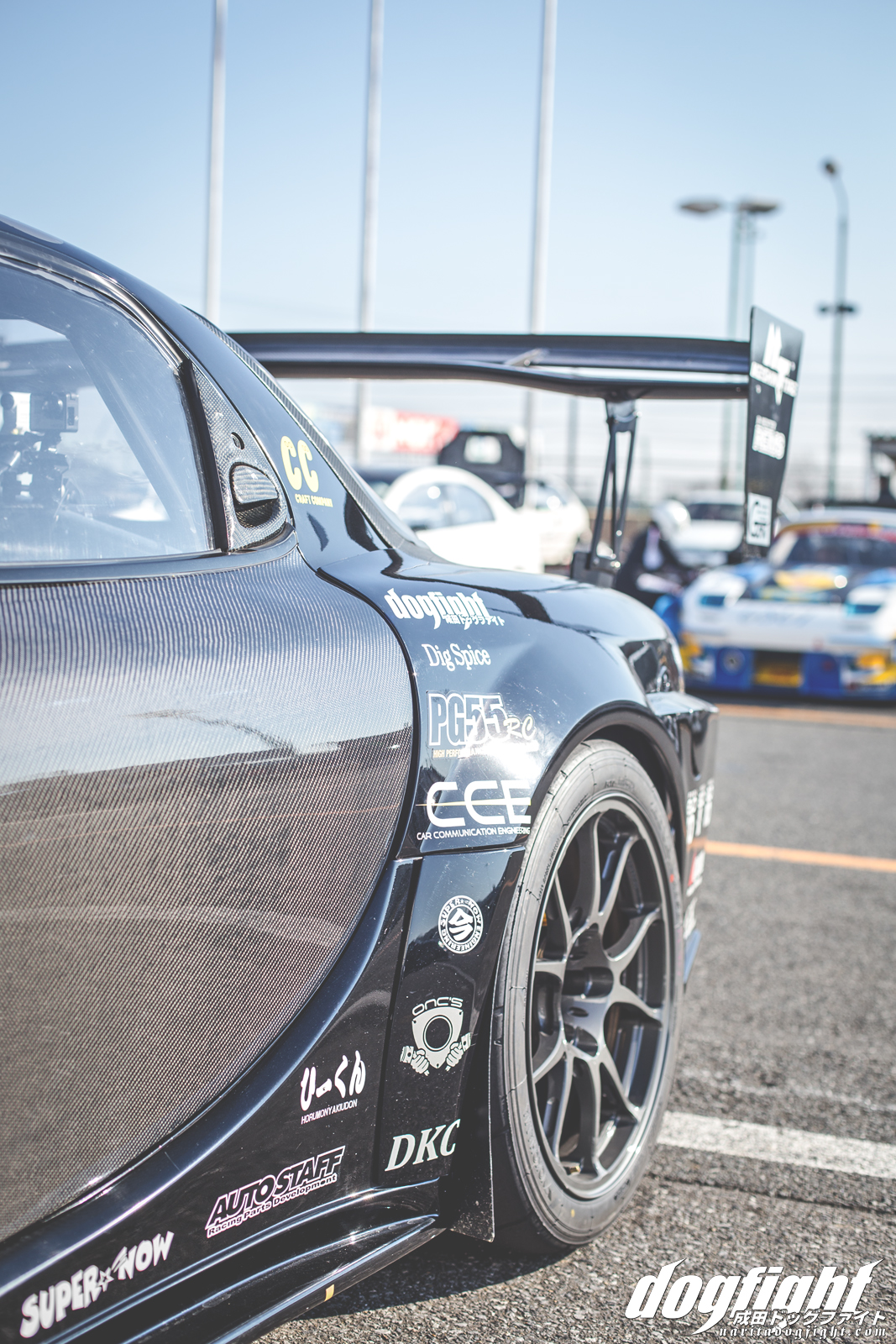 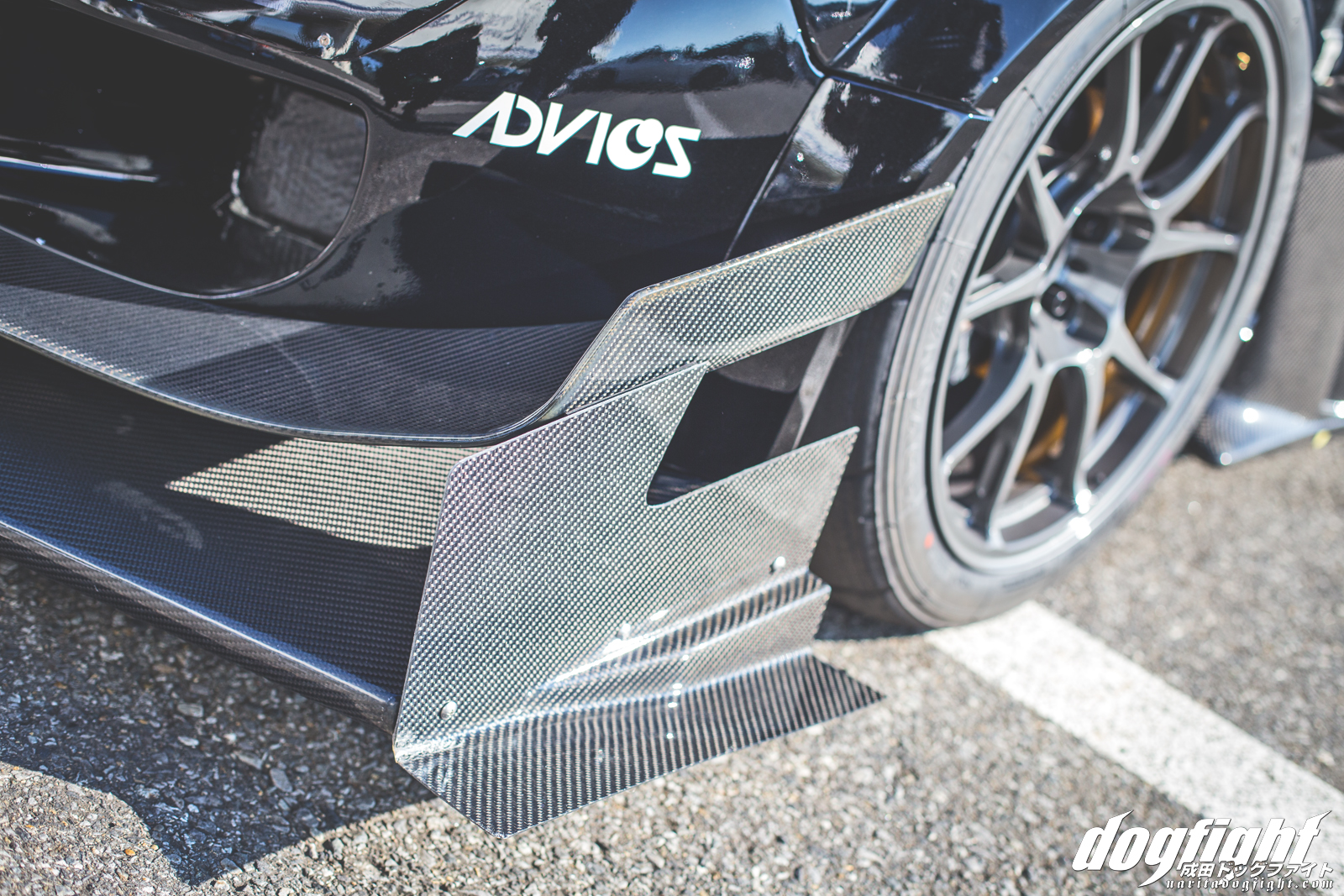 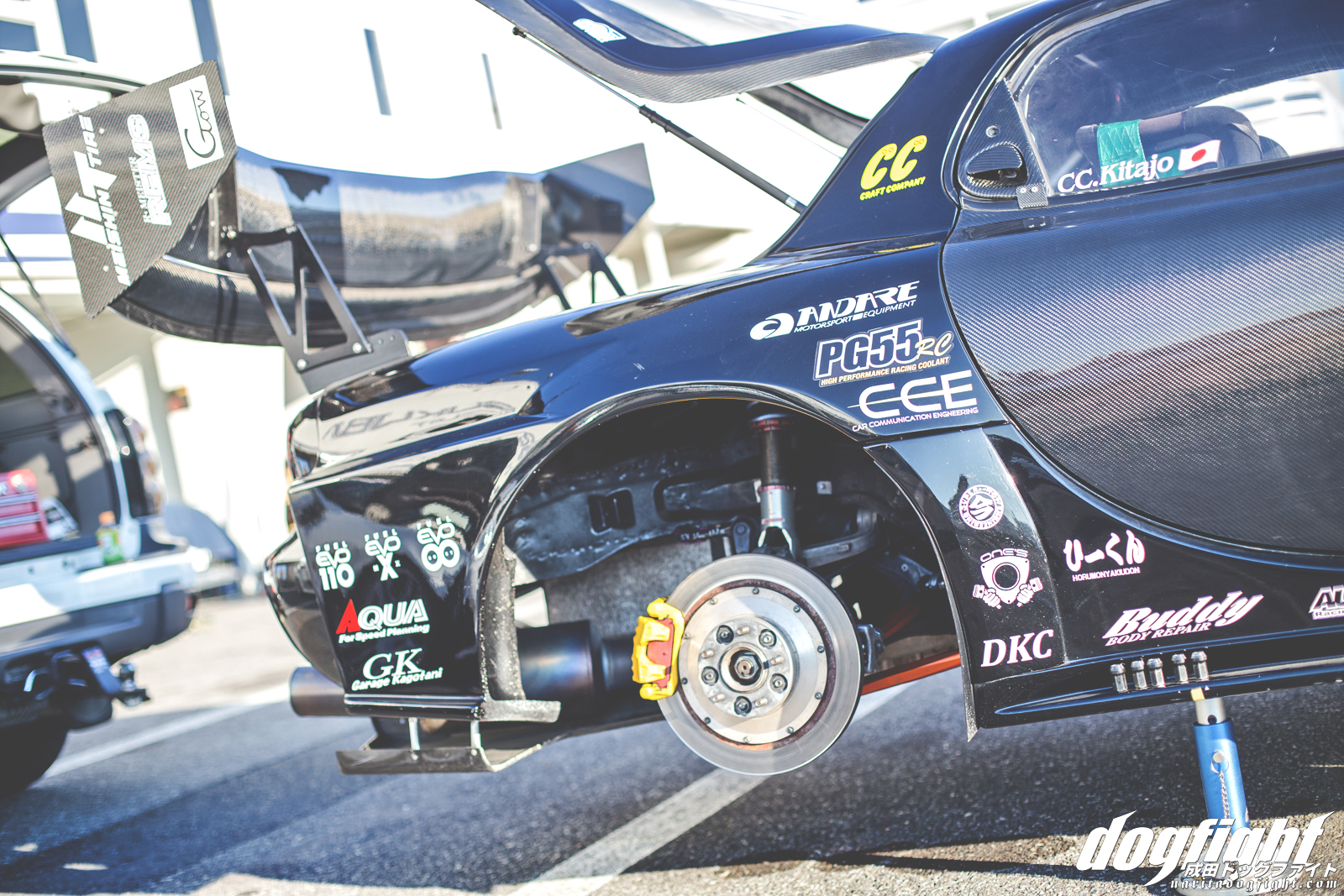 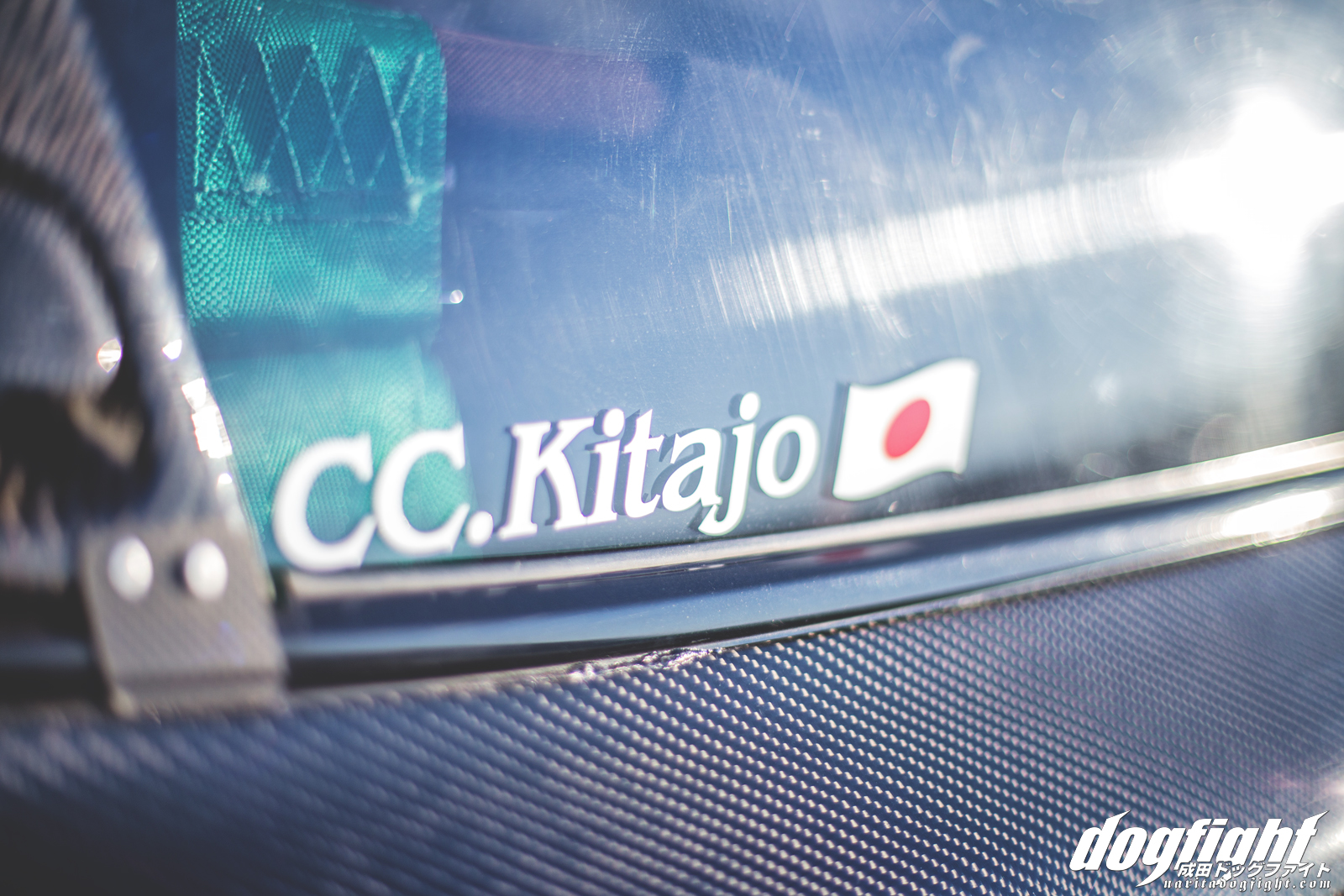 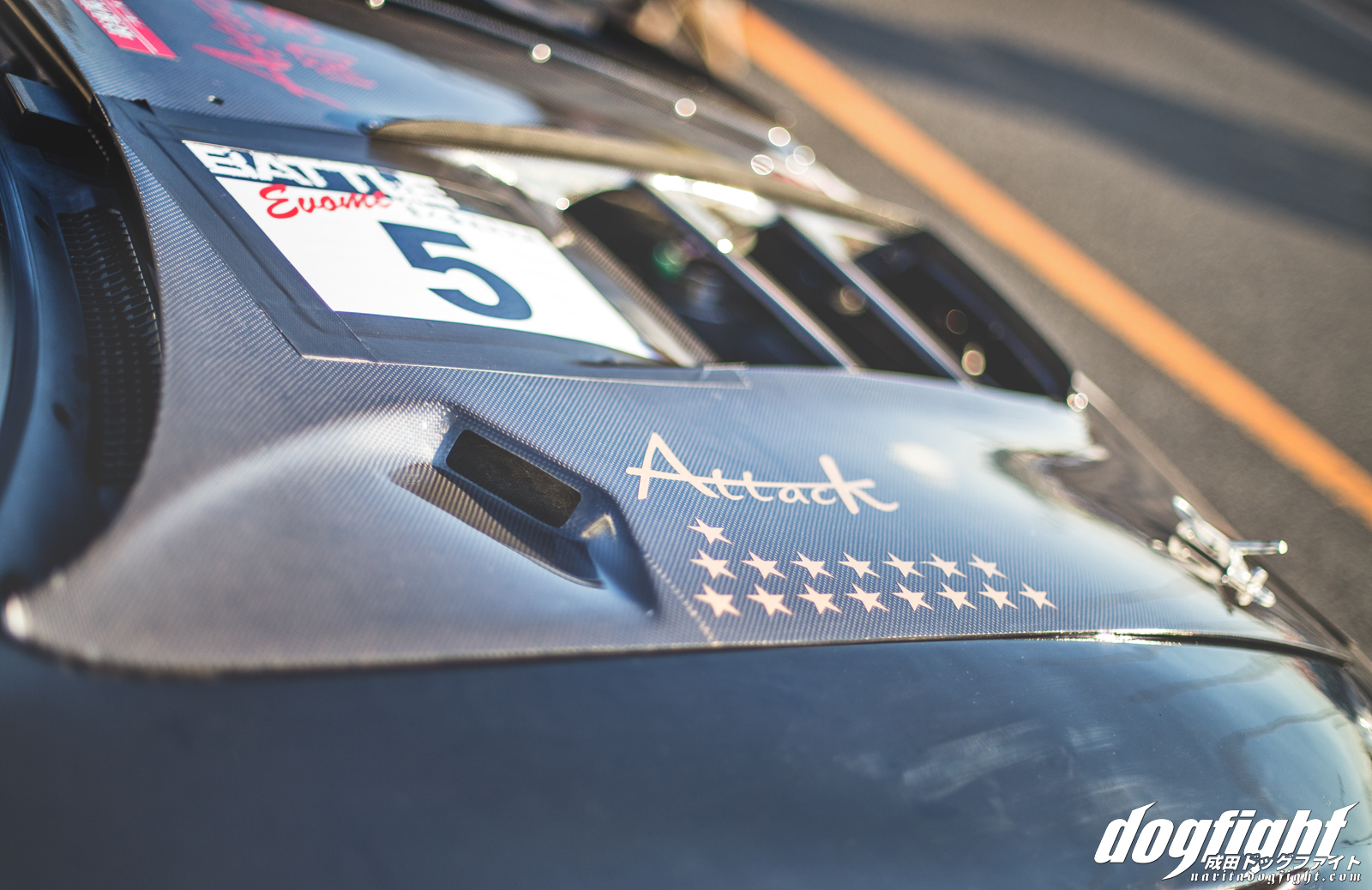 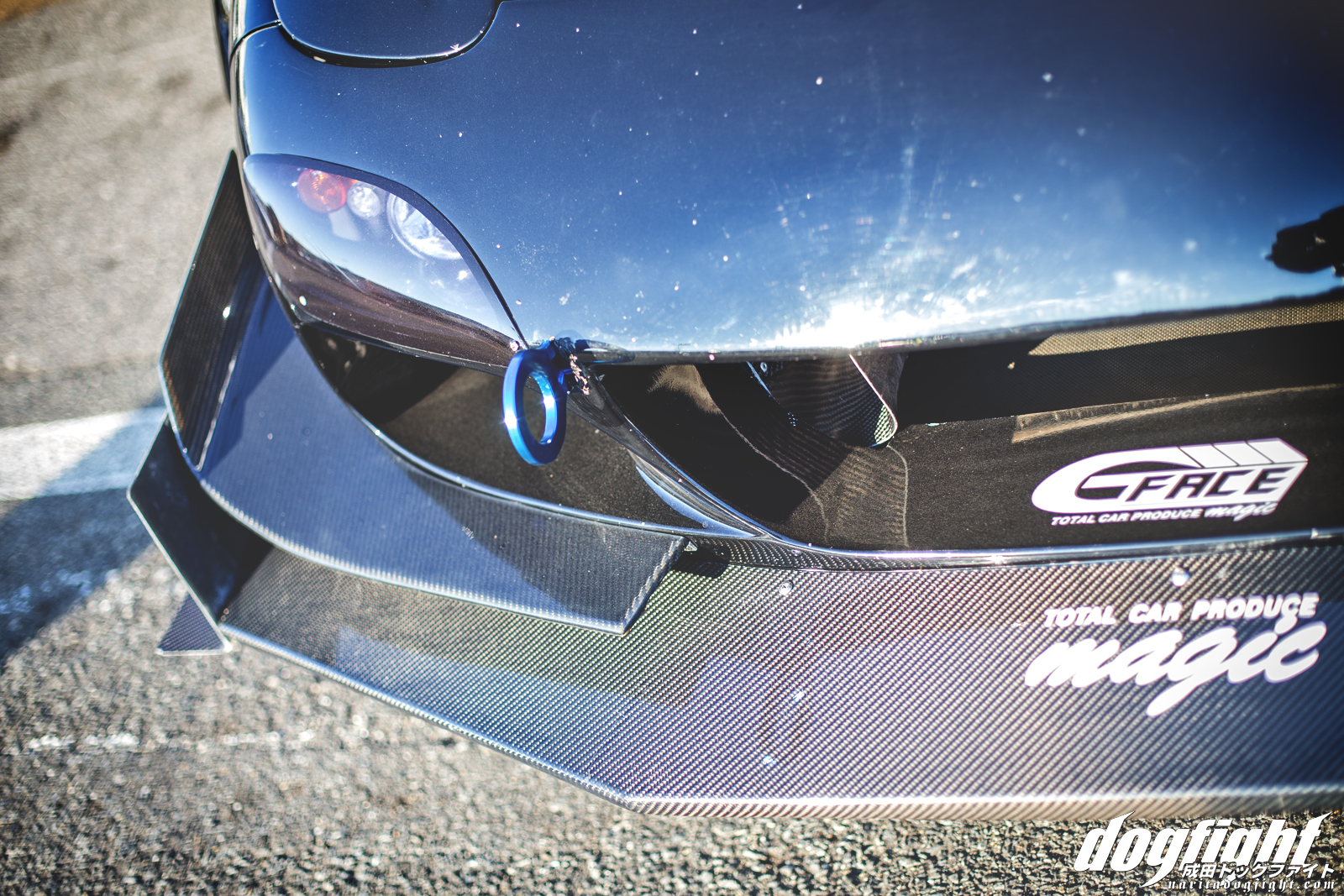 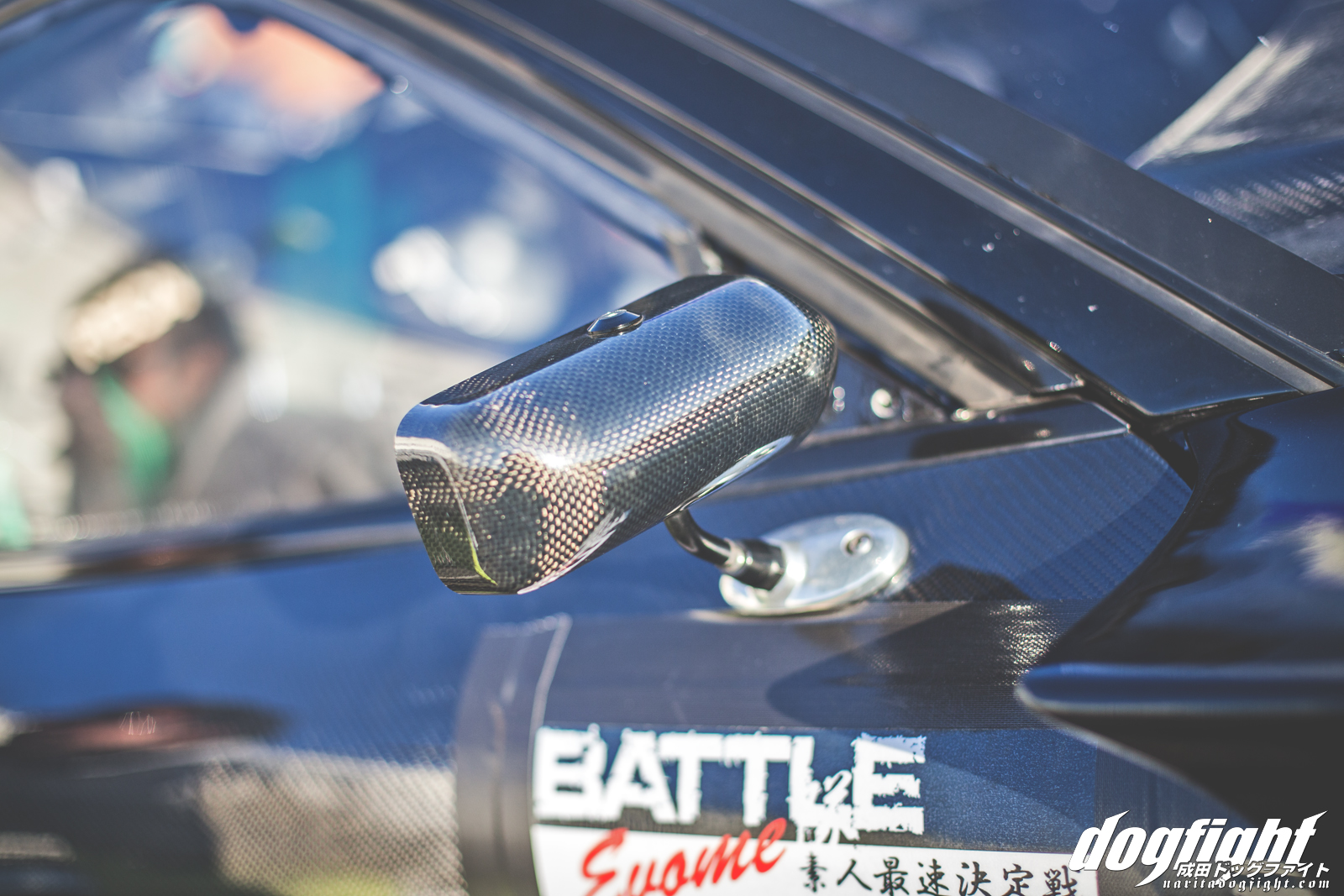 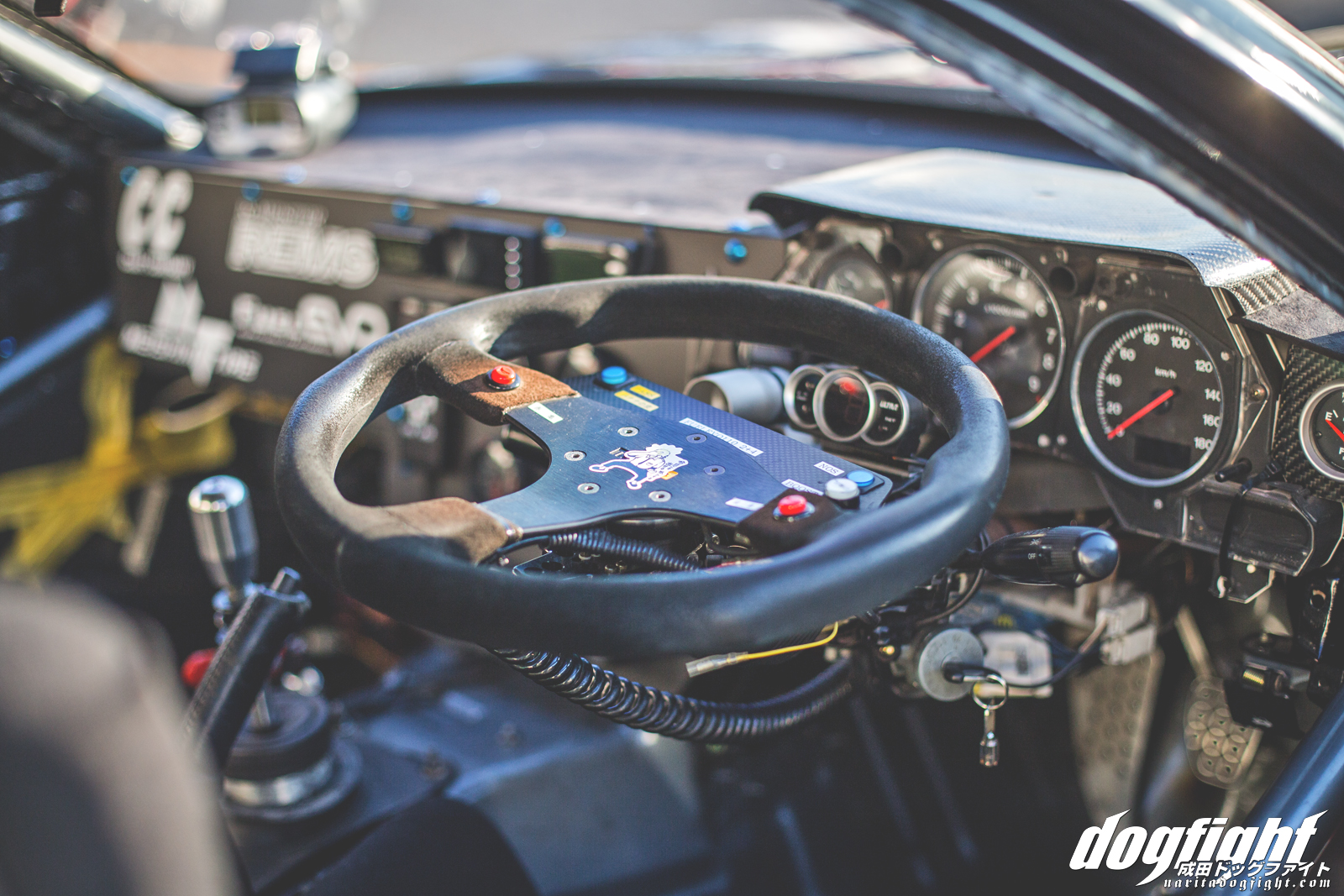 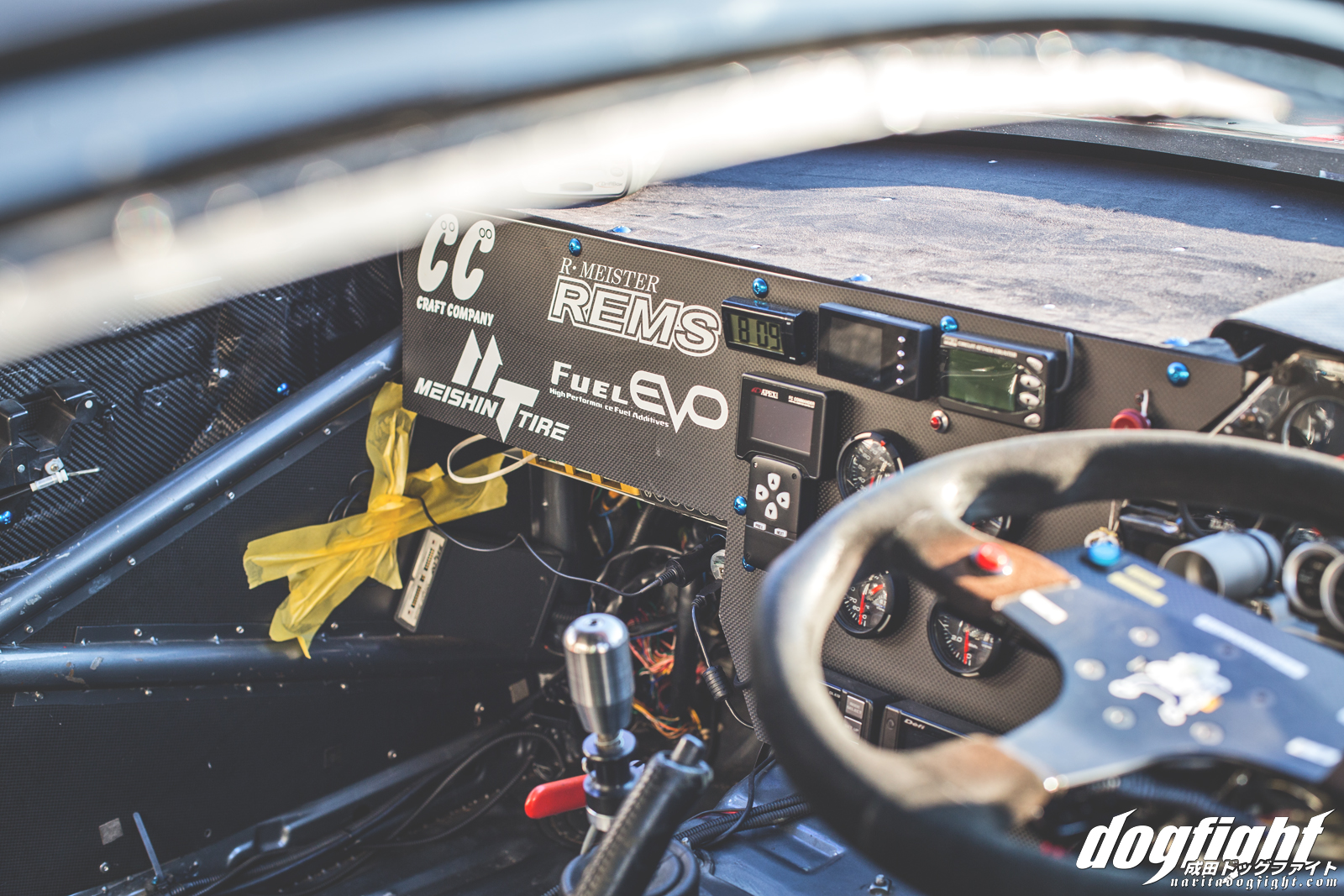 The interior is all business – something I enjoy very much about this FD.  I’m actually trying to emulate the dash for my personal build. 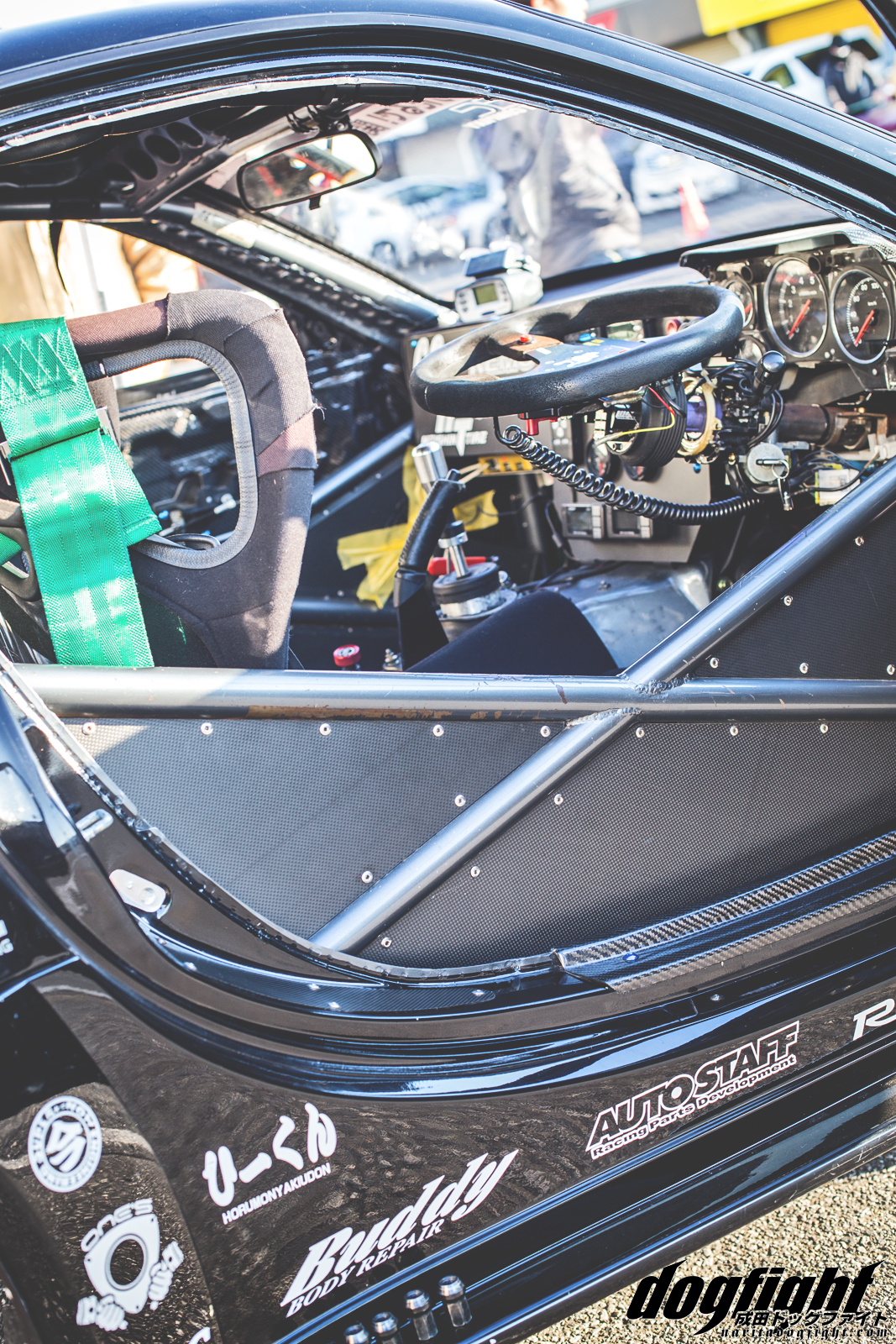 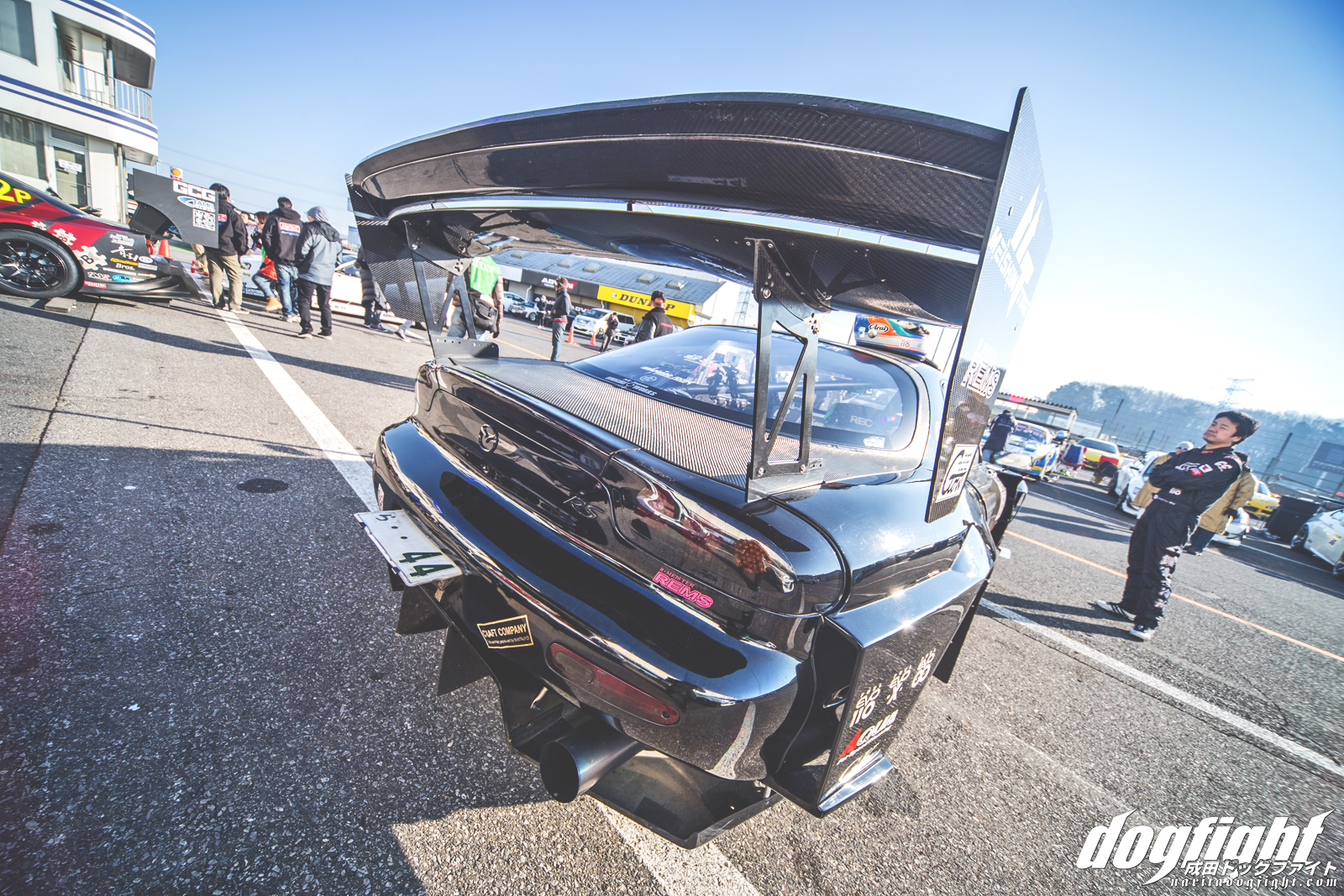 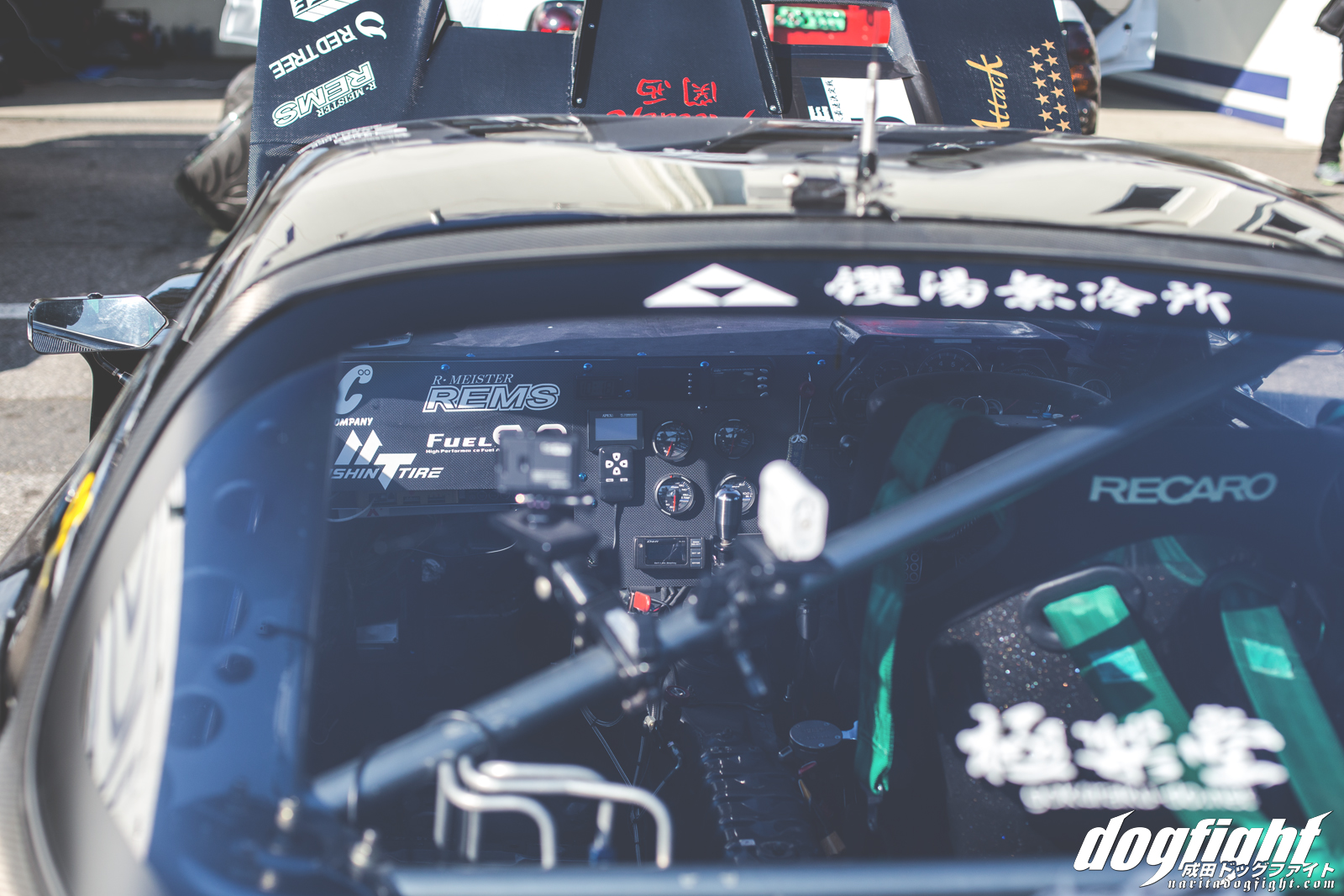 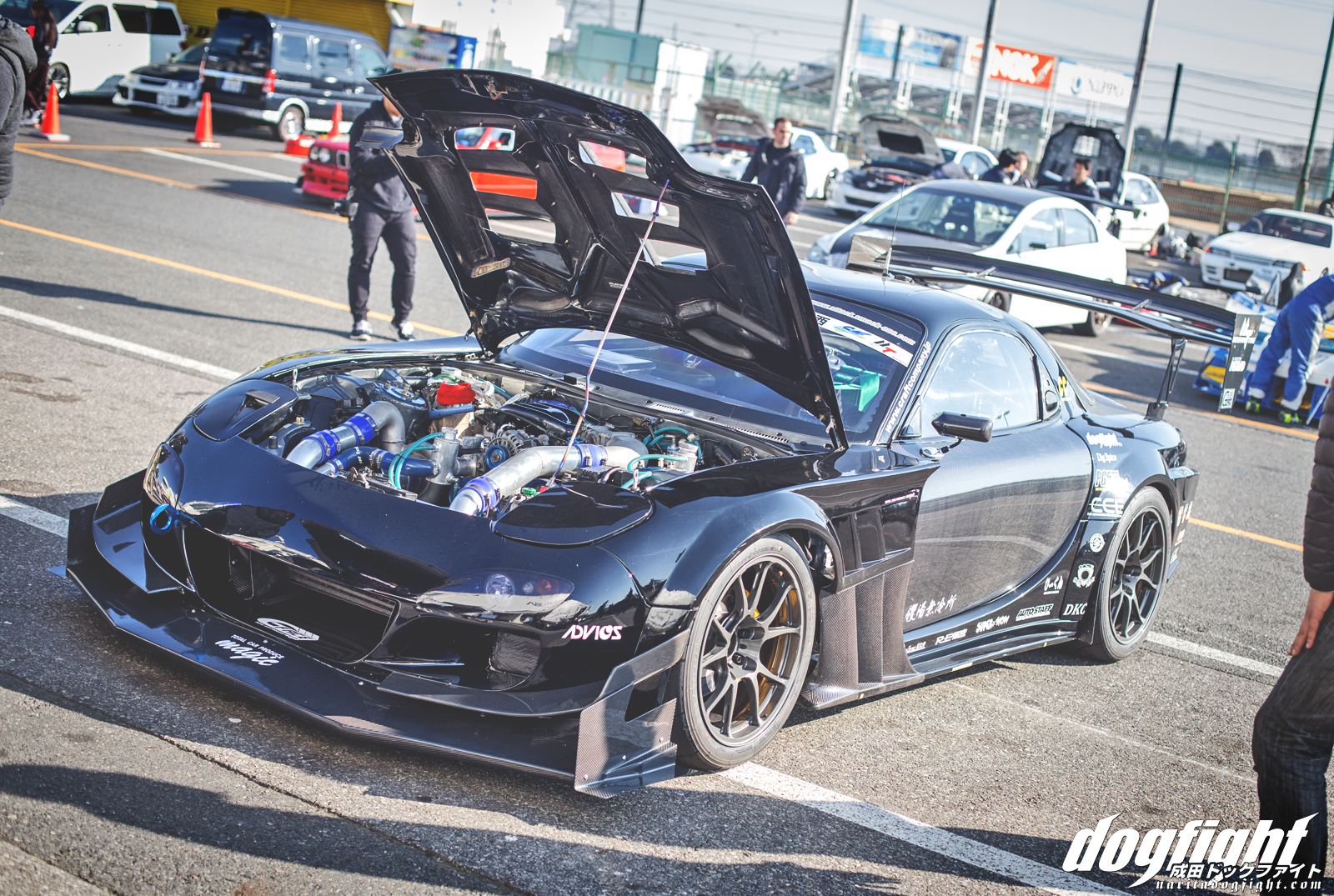 The car sits well back on the ground, ready to be put through it’s paces around the track… 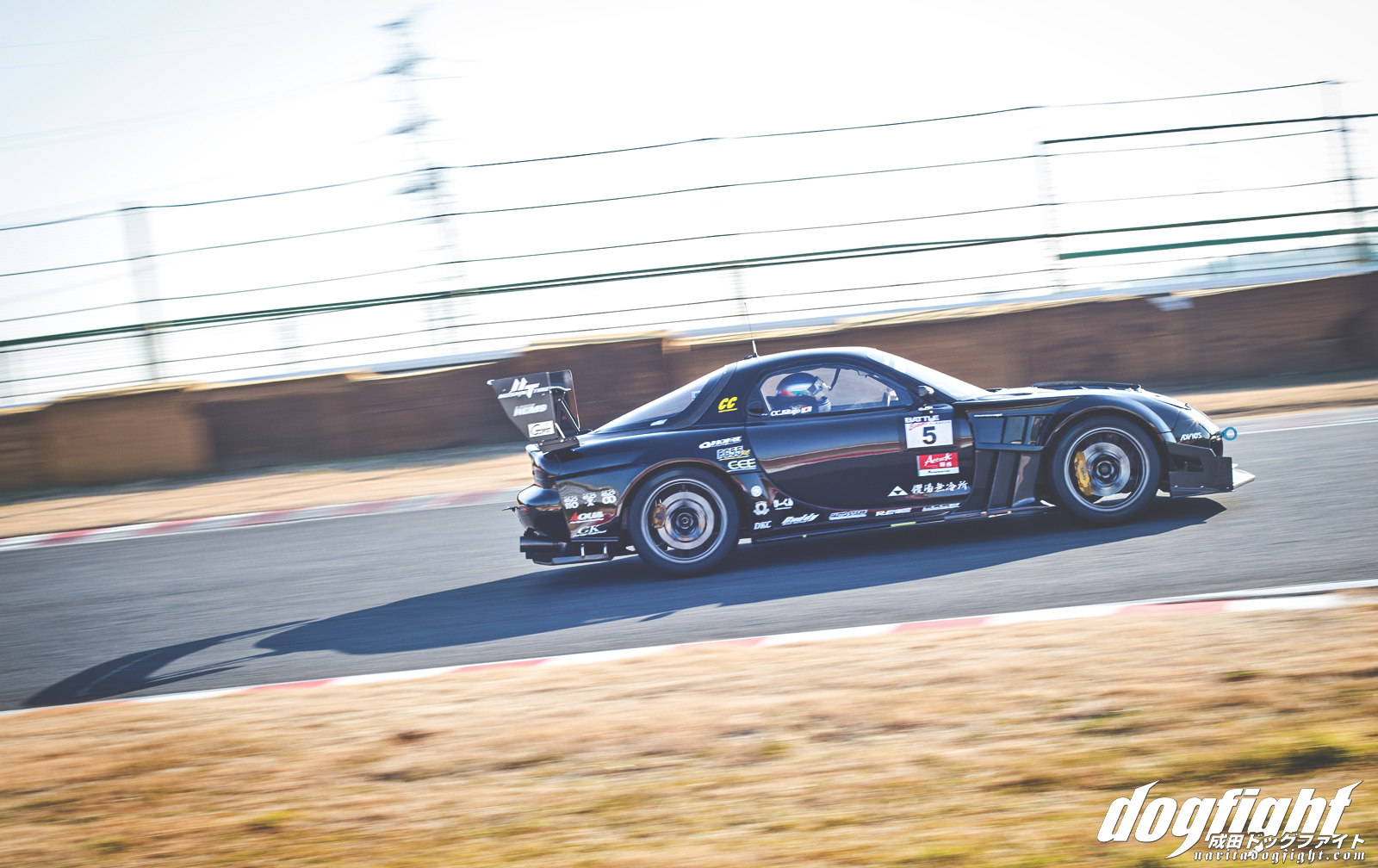 …and without incident, the race for 55’s is on.

I can’t imagine it being very long until Masaki finds those 3 tenths and breaks into the next tier of challenges at this iconic circuit.  We’ll be there when it happens ~