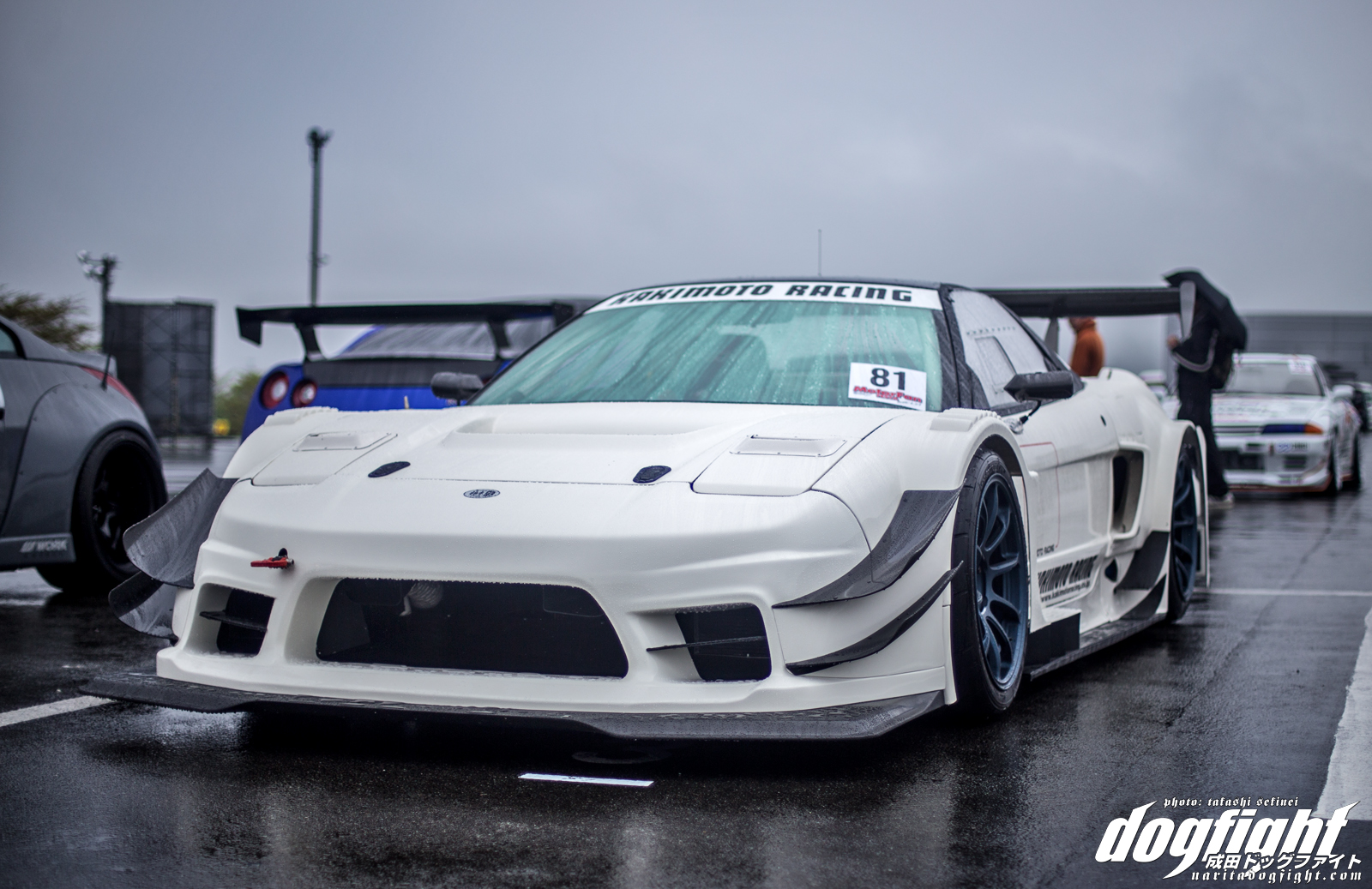 Even at first glance you can see that Kakimoto’s one-off NSX has gone through quite a lot of change; on the surface at least.  The once, somewhat rough, unrefined exterior has been transformed into a more sleek, elegant looking exotic.  Make no mistake though; despite it’s newly refined look, the car was still bred for the circuit.  Sekinei caught the NSX sitting in the paddock of Fuji, longing to hit the track at last weekends Motor Fan Fest.

Gone are the older front fenders, swapped for a custom, vented widebody set that better accommodates the new Volk ZE40’s. I can’t imagine any other wheel that would match this car better than these here. 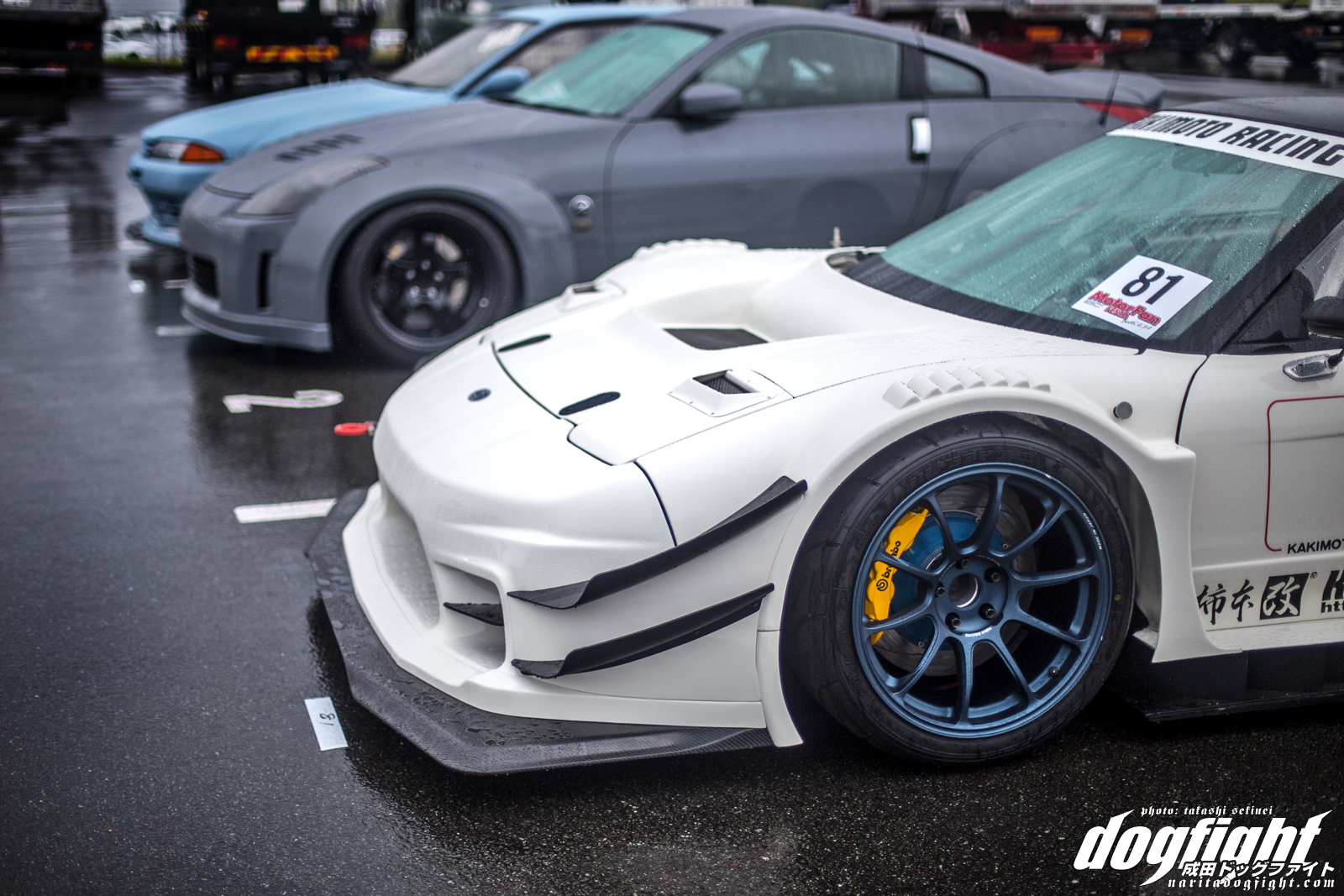 Along with the new fender setup, the front end has gotten an entirely new revision as well.  The snowball effect is live and well for Kakimoto, as we all know, you can’t have one without the other.  A new front bumper, splitter and canard combo are present and accounting for the downforce up front. 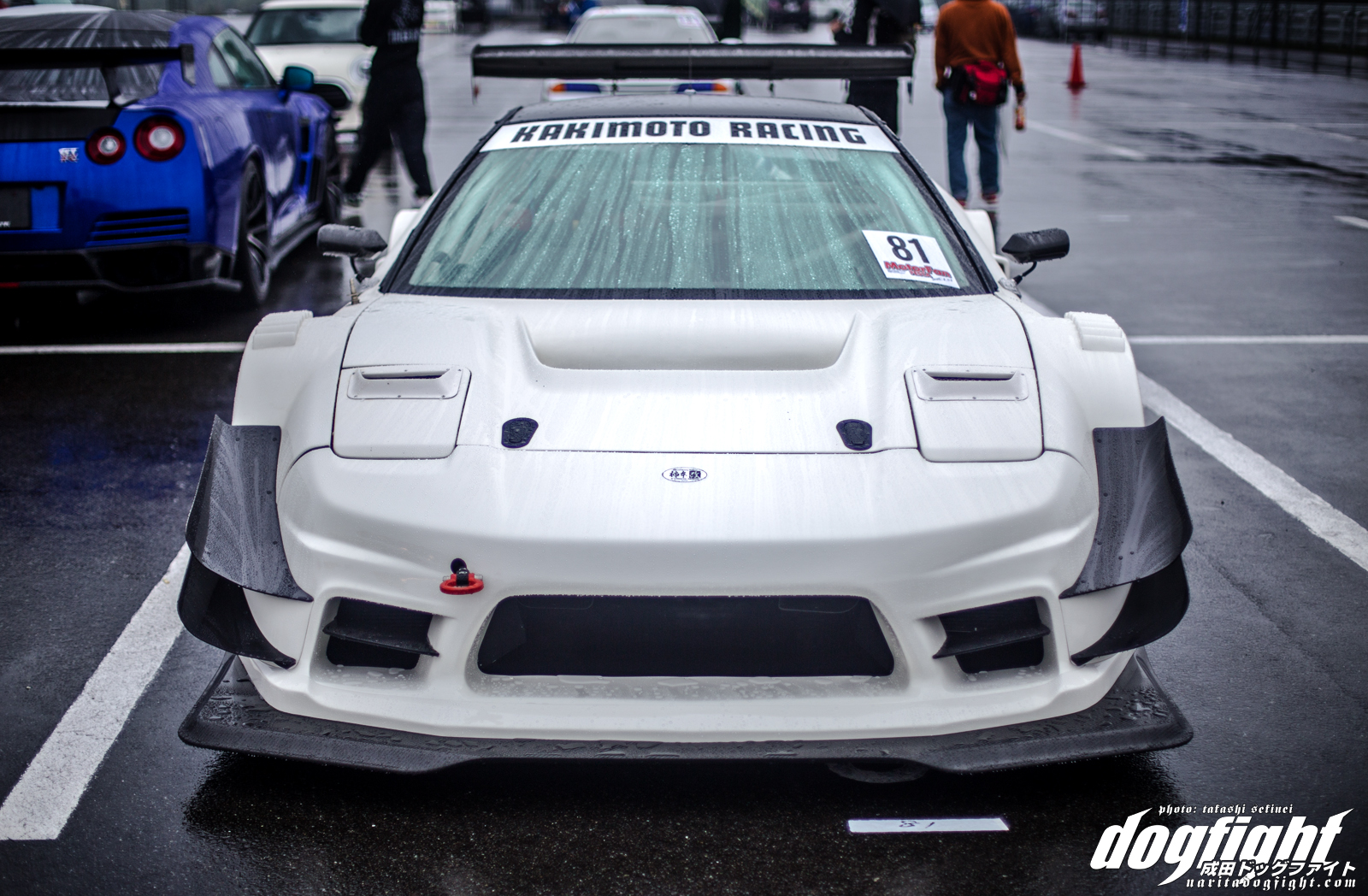 Much cleaner looking than their previous setup. 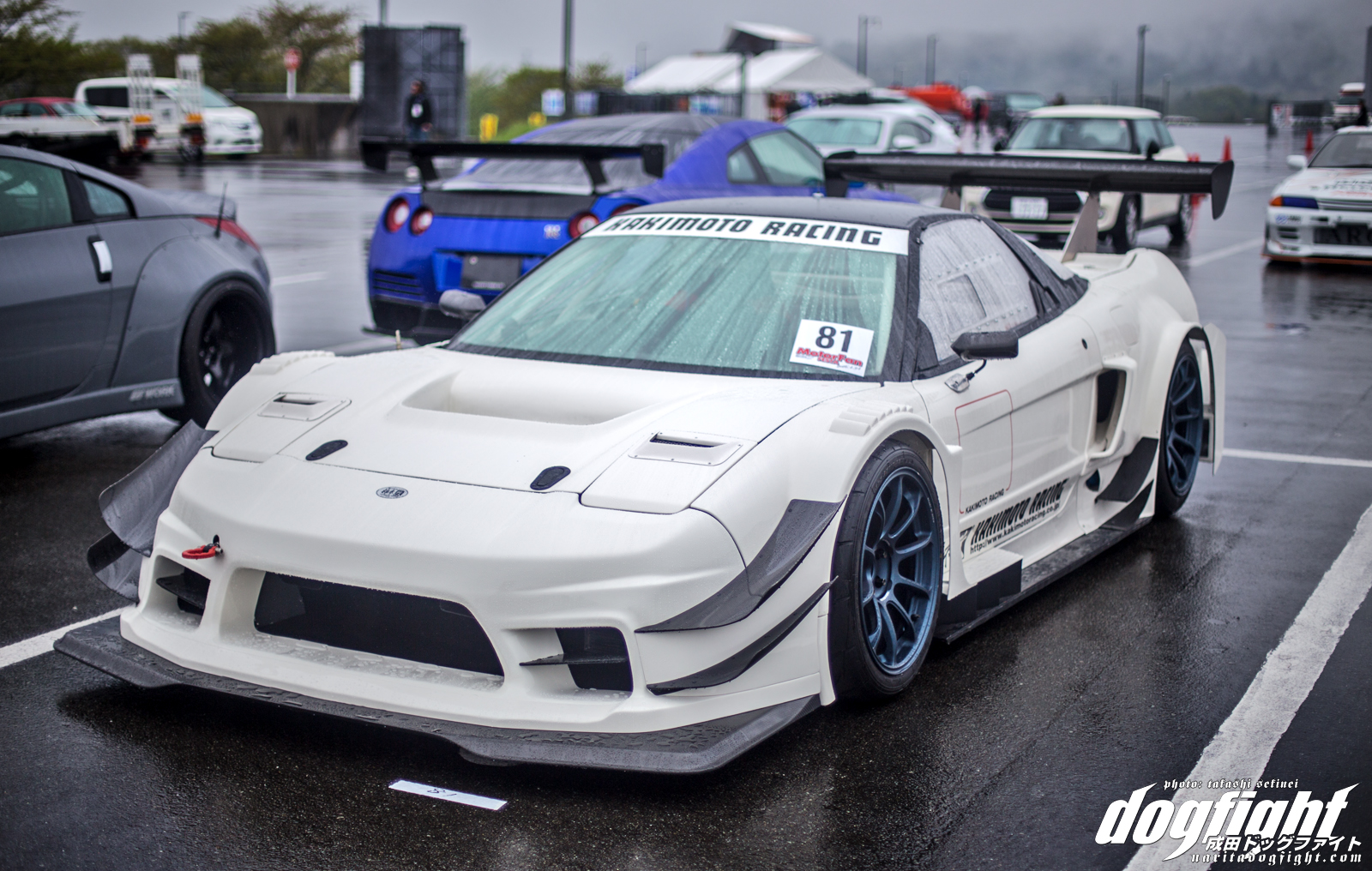 The one-off widebody now has a much better flow to it from front to back.  The transitioning body lines of the new side skirts do well to help carry the aggressiveness to the rear of the car. 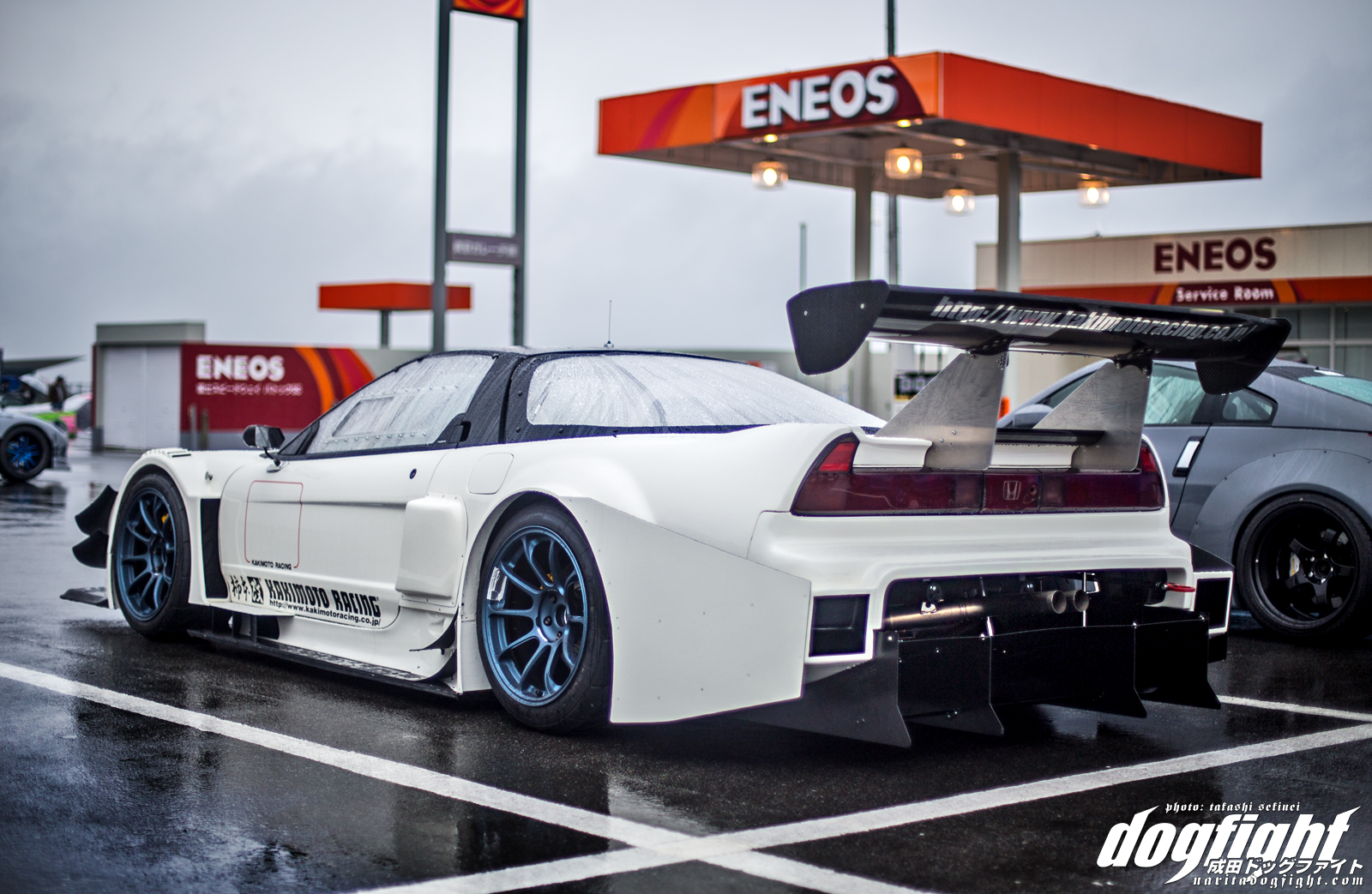 Which is home to a lot of new goodies.  An entirely new GT Wing setup from the chassis mounted stands up is in place.  Increase the width of the car, you may need a bigger wing.  The rear strake coming off the new quarter panel may look a bit, well, odd, from this angle – but it’s just difficult to see the curvature that helps direct air flow. 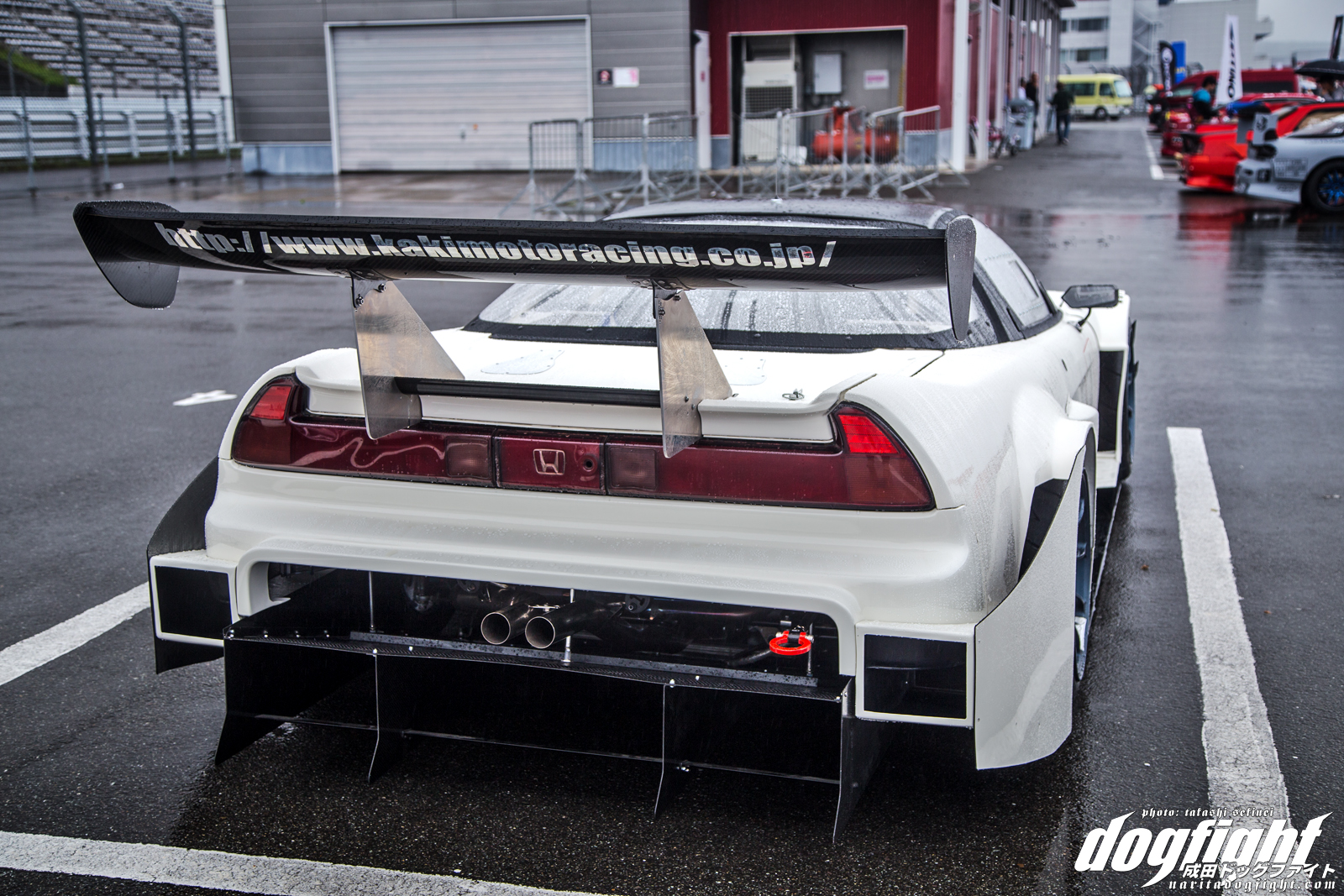 Here’s a better look at the new rear package. 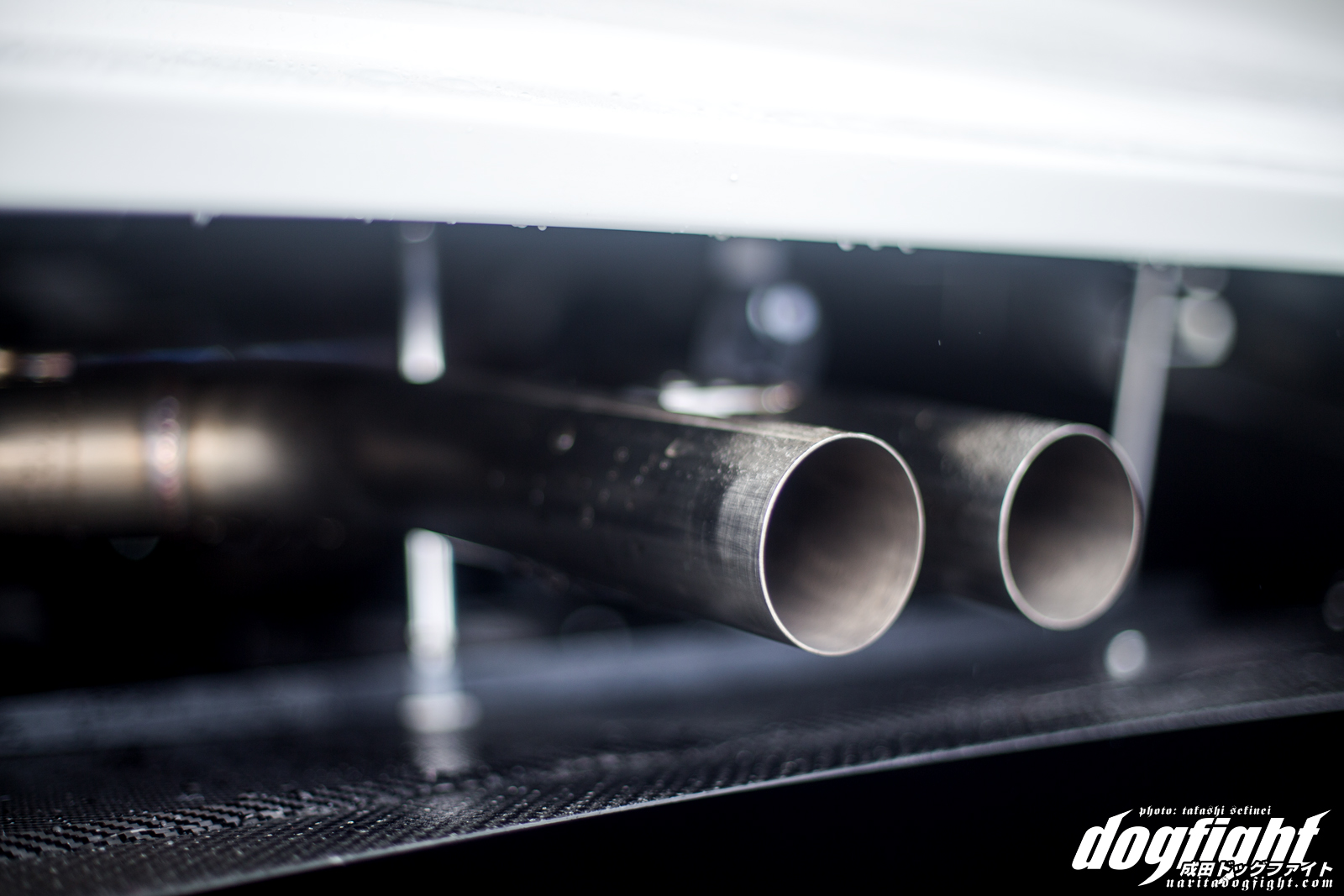 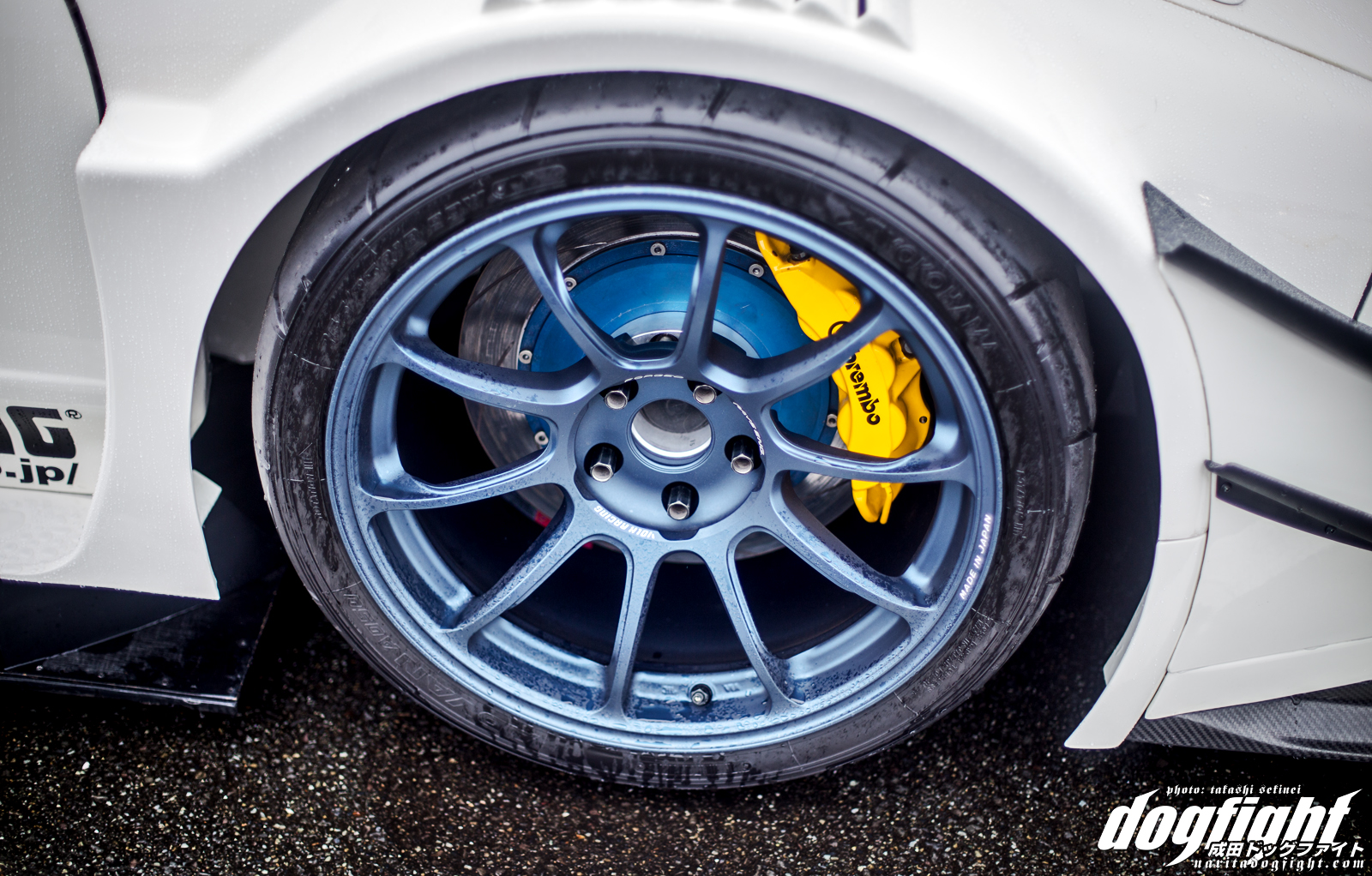 Volk really sealed the deal with the ZE40 – an amazing looking wheel, especially in this color. 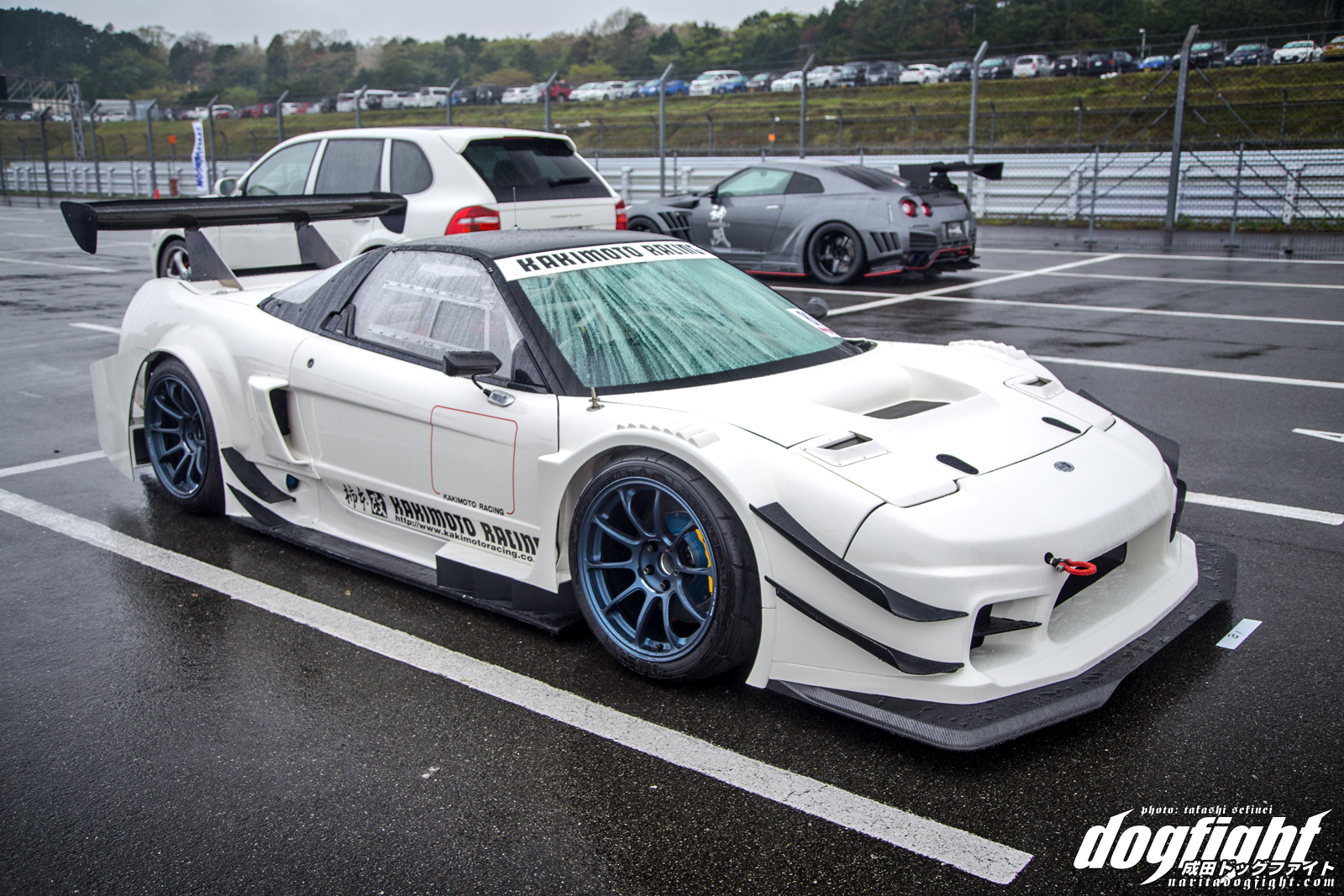 It’s easy to tell that Yoshiyuki and his staff have focused on improving the aerodynamics of the car over the past year. 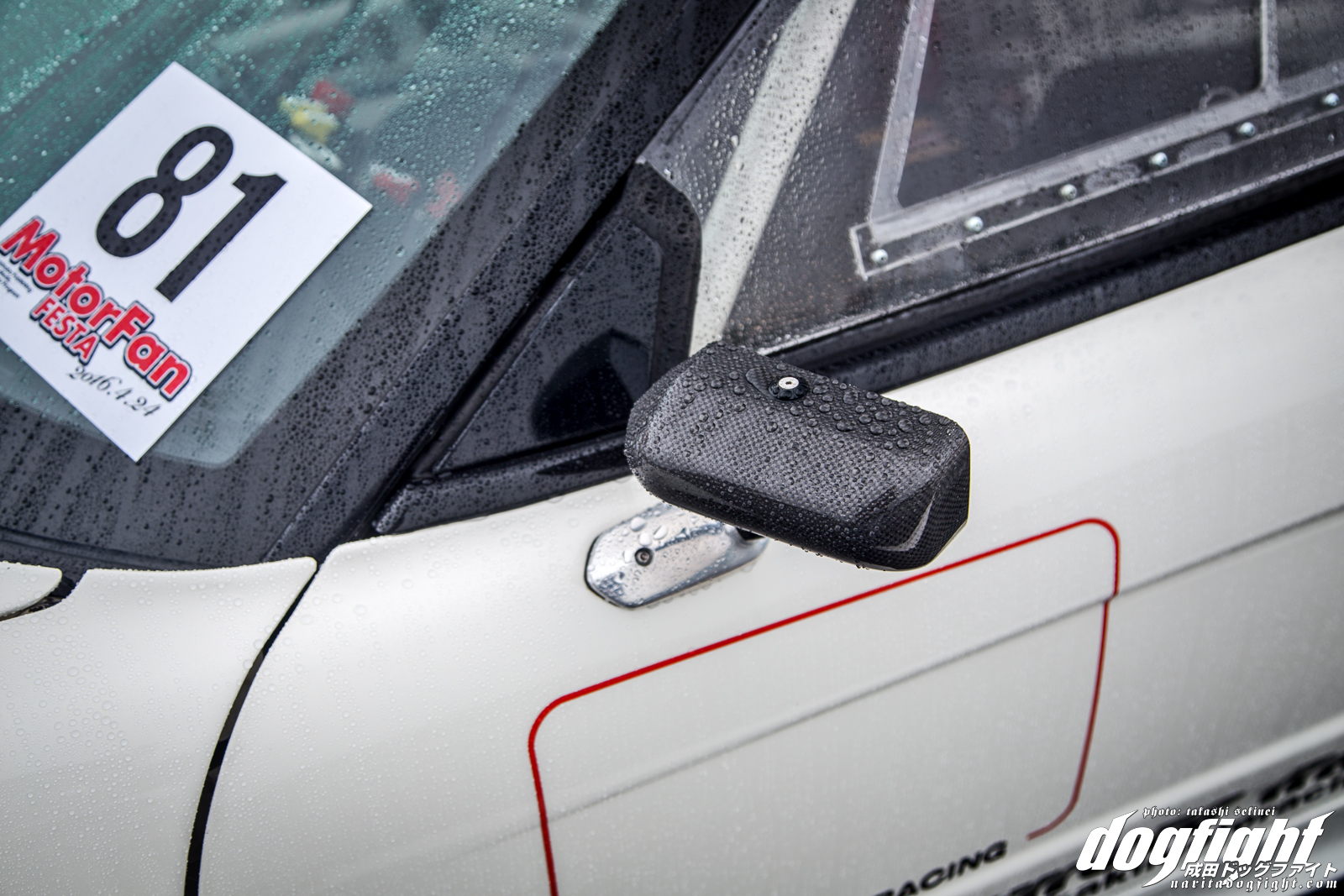 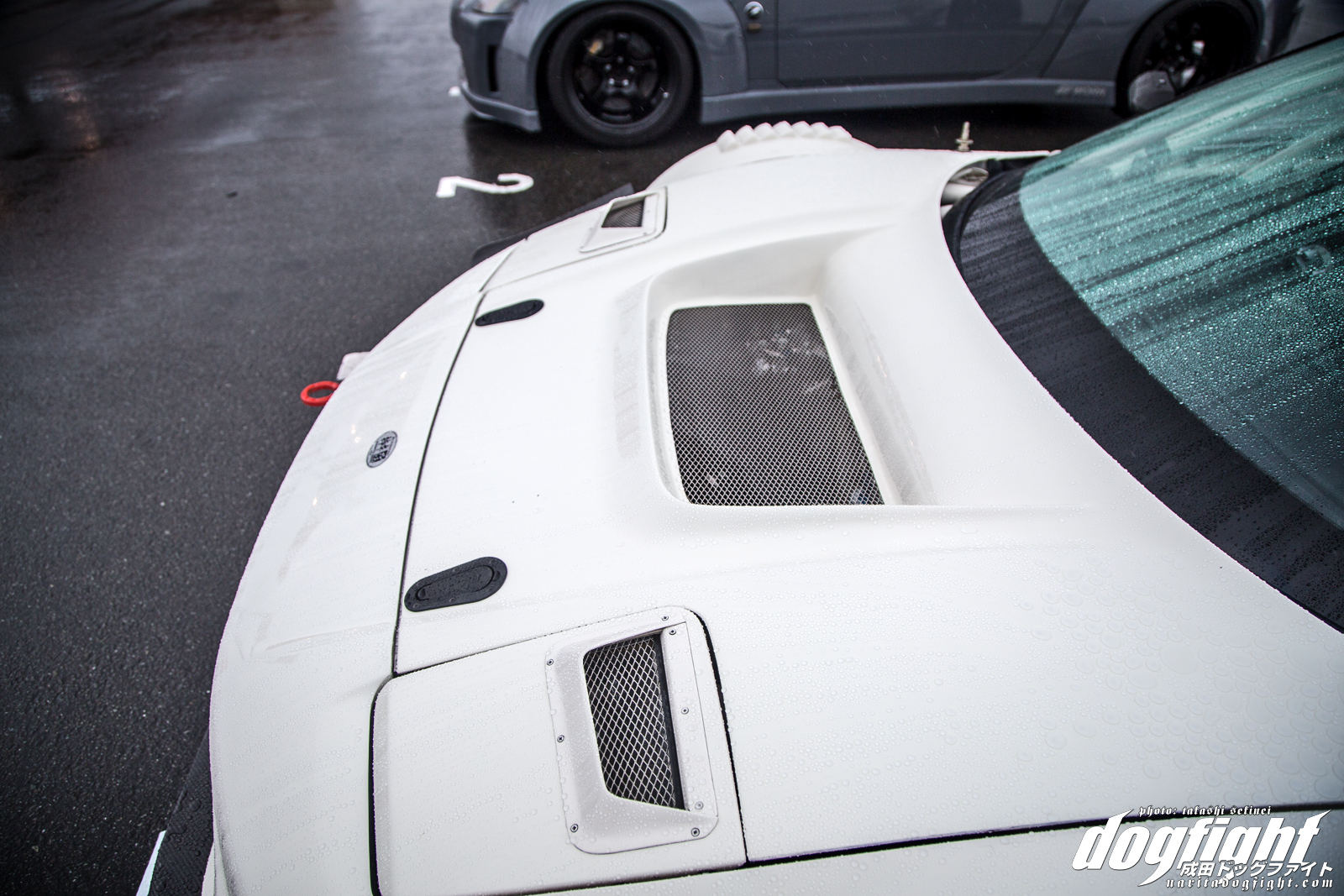 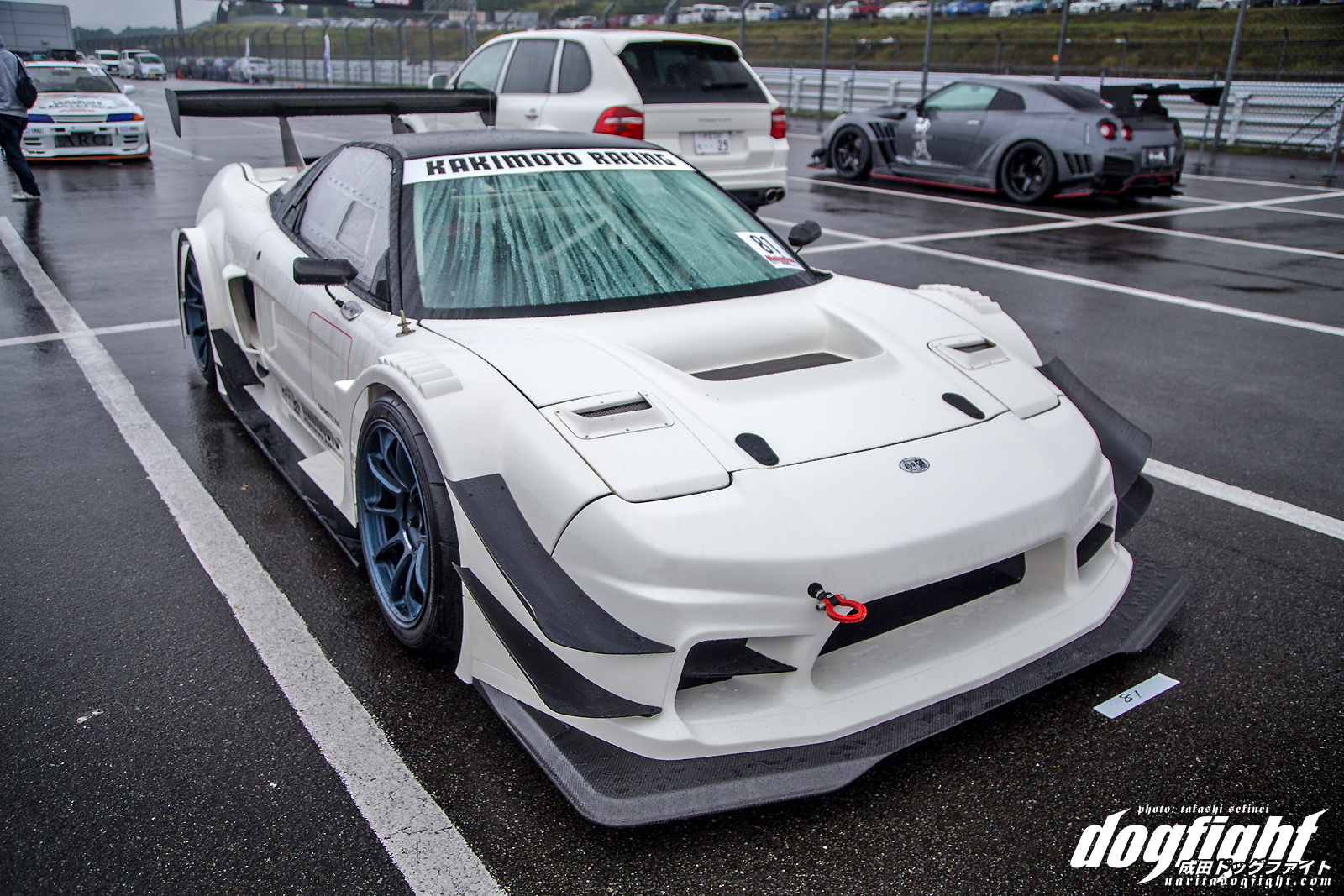 Unfortunately, the event, which was a last ditch effort to host HKS Premium Day, had a Super Lap that was only 1 hour long.  On top of that there were very heavy rains.  This car never ended up on the track.

This build has always been a favorite of mine.  However, with a select other NA1/2 builds that have been coming out (Hanita’s, the Esprit build, etc.) that have been pushing the envelope on performance aesthetics, I always thought that Kakimoto build was falling behind or complete.  Well, I sure was wrong.  I look forward to seeing what the cars new exterior does to aid it on track.