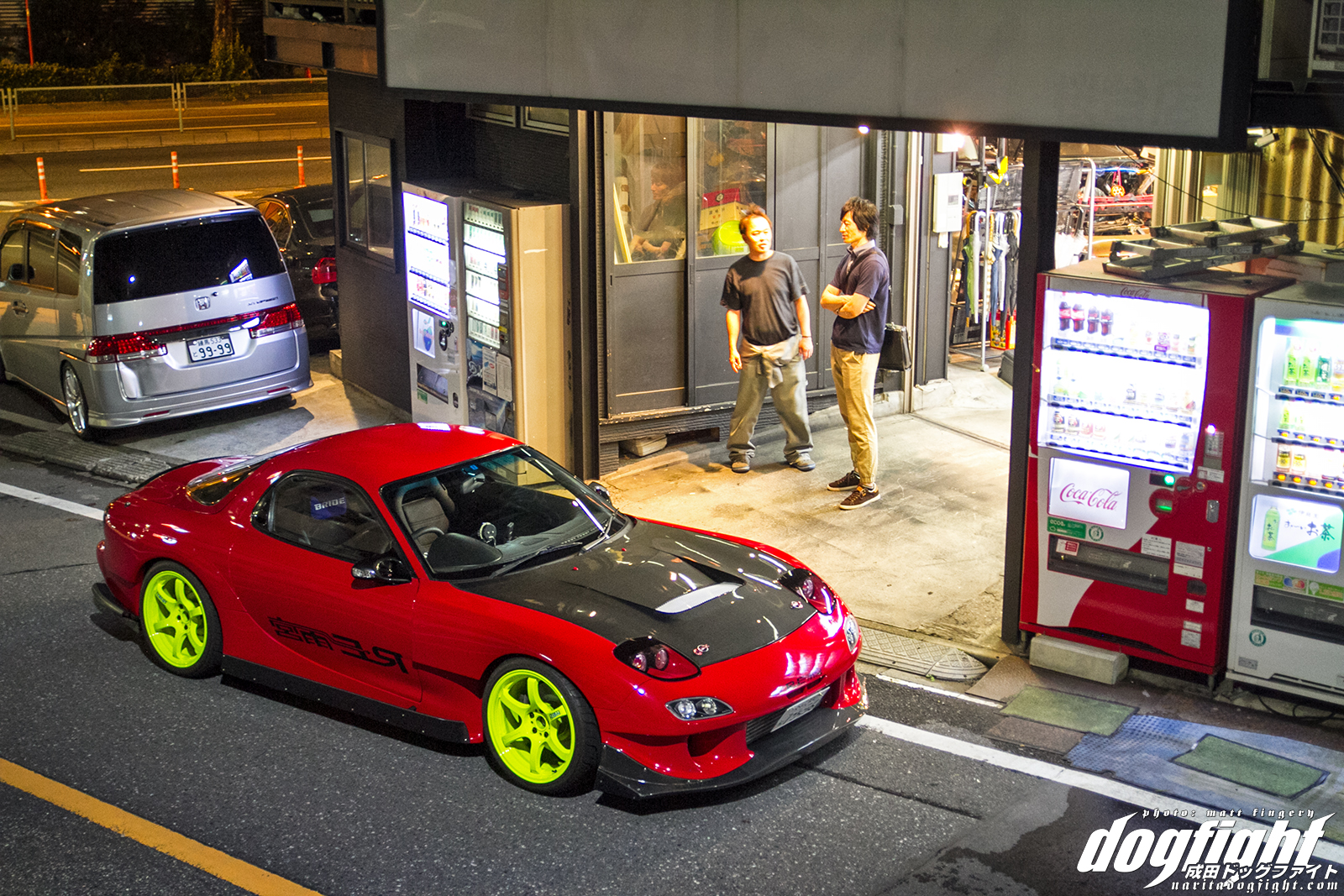 Although a tough choice, sometimes starting over from scratch is the most effective way to rebuild; I’m sure we’ve all experienced the difficulty of having to undertake an entirely new project from step one and the frustrations that come along with it.  In certain circumstances,  however, we invite the opportunity to change with open arms.  A chance to rebuild something with the knowledge we’ve gathered from our prior attempts.  Such is the case with Toshio Tomizawa’s new time attack FD3S.  After blowing the motor in his old FD, he decided it was time to begin anew with a fresh chassis.

With a car (and garage) full of RX7 specific parts, the path was clear for what chassis would be fit for his next build.  Toshio learned quite a bit from building his white FD over the past few years, and he had planned on building off that knowledge with his next. 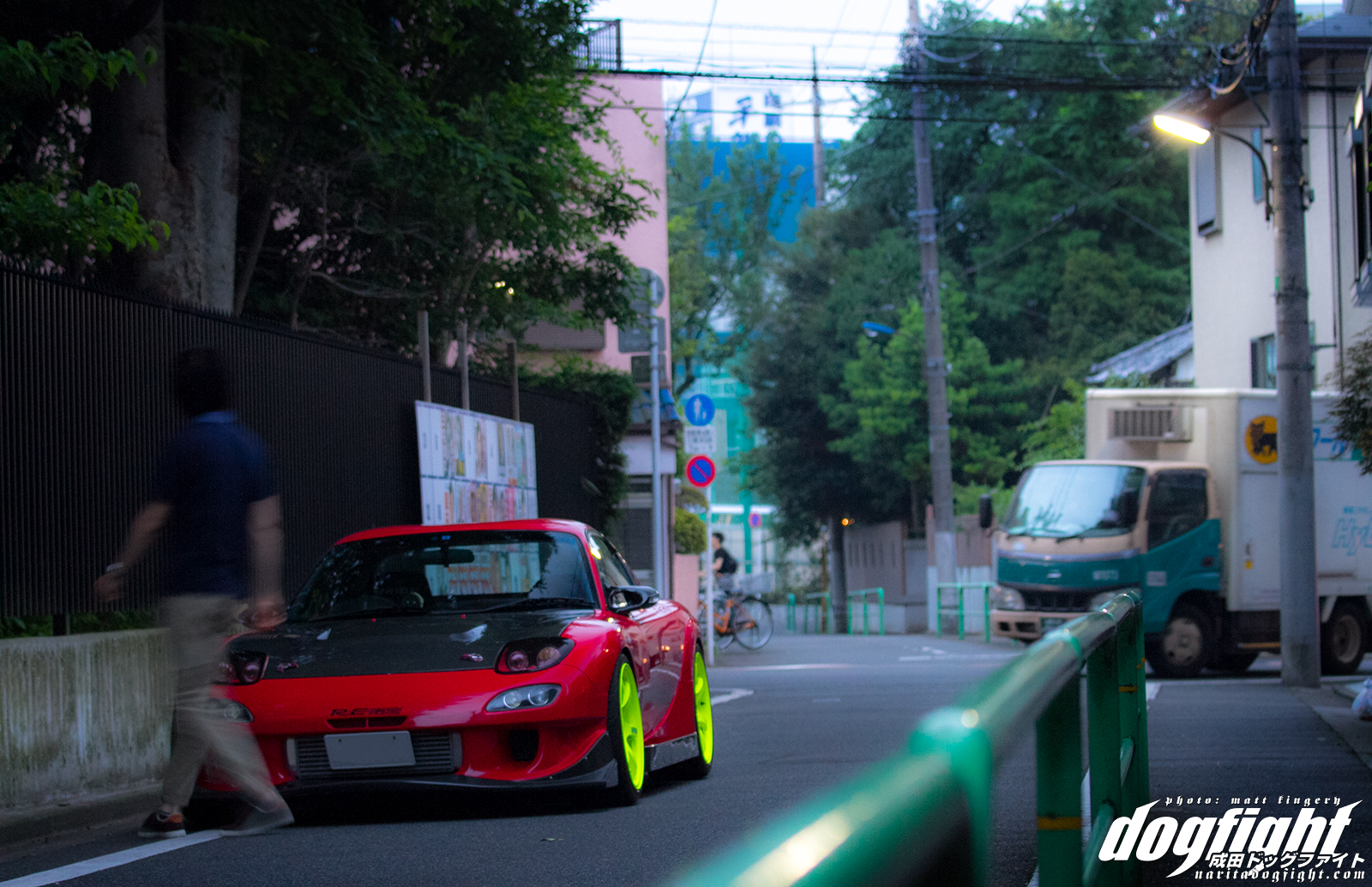 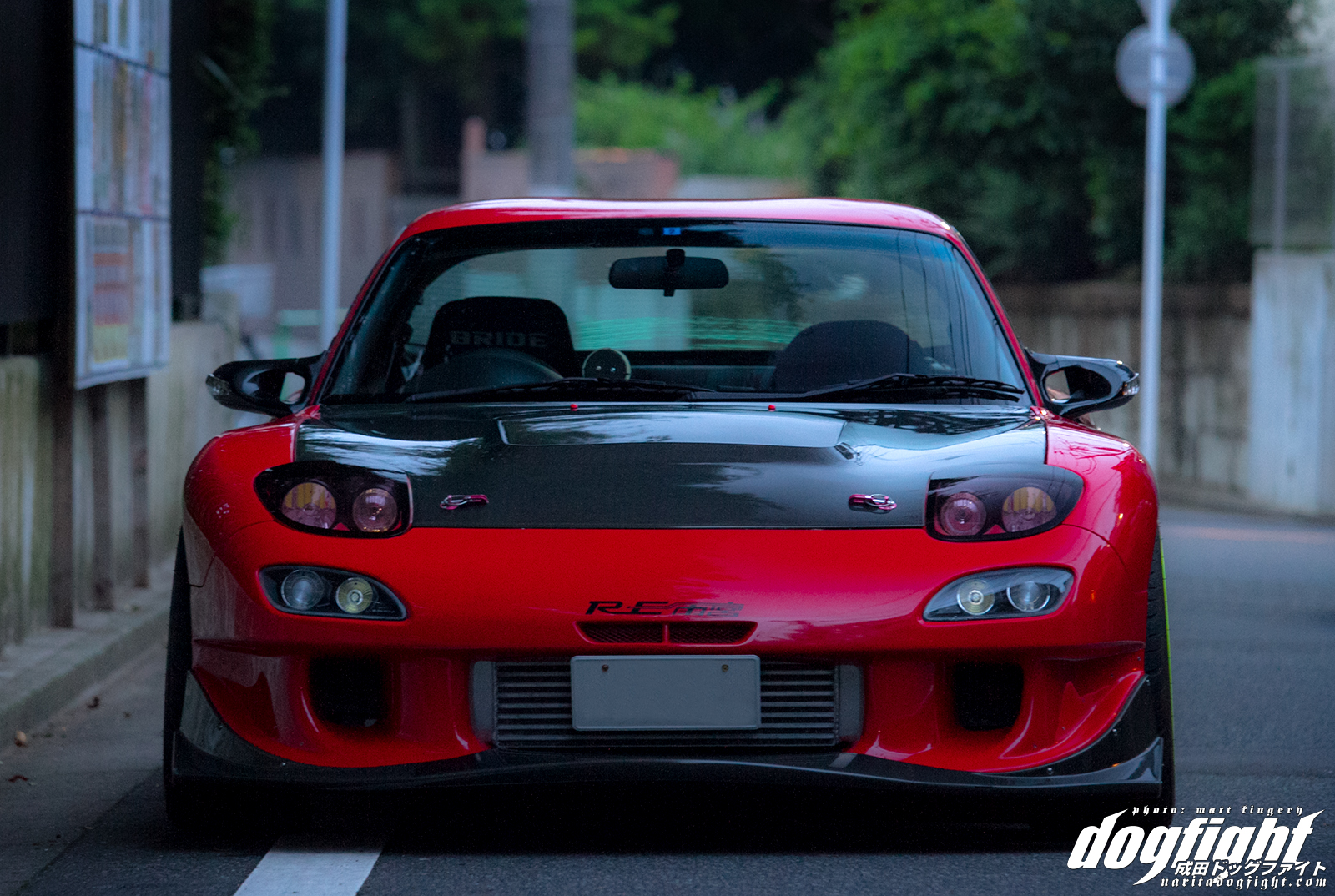 The exterior takes on a more street appearance for now, with a full RE-Amemiya body kit.  The Panspeed carbon hood looks good everywhere, but on track helps vent heat from the engine bay.  A Garage Kagotani rear diffuser helps keep the back end stable in the absence of a GT wing (for now).  What car wouldn’t be complete with the gentleman’s choice of side mirror?  Limited edition Ganadors adorn each side and provide both style and function.  The car was assembled at Car Shop Glow, and is topped off with a set of their LED taillights. 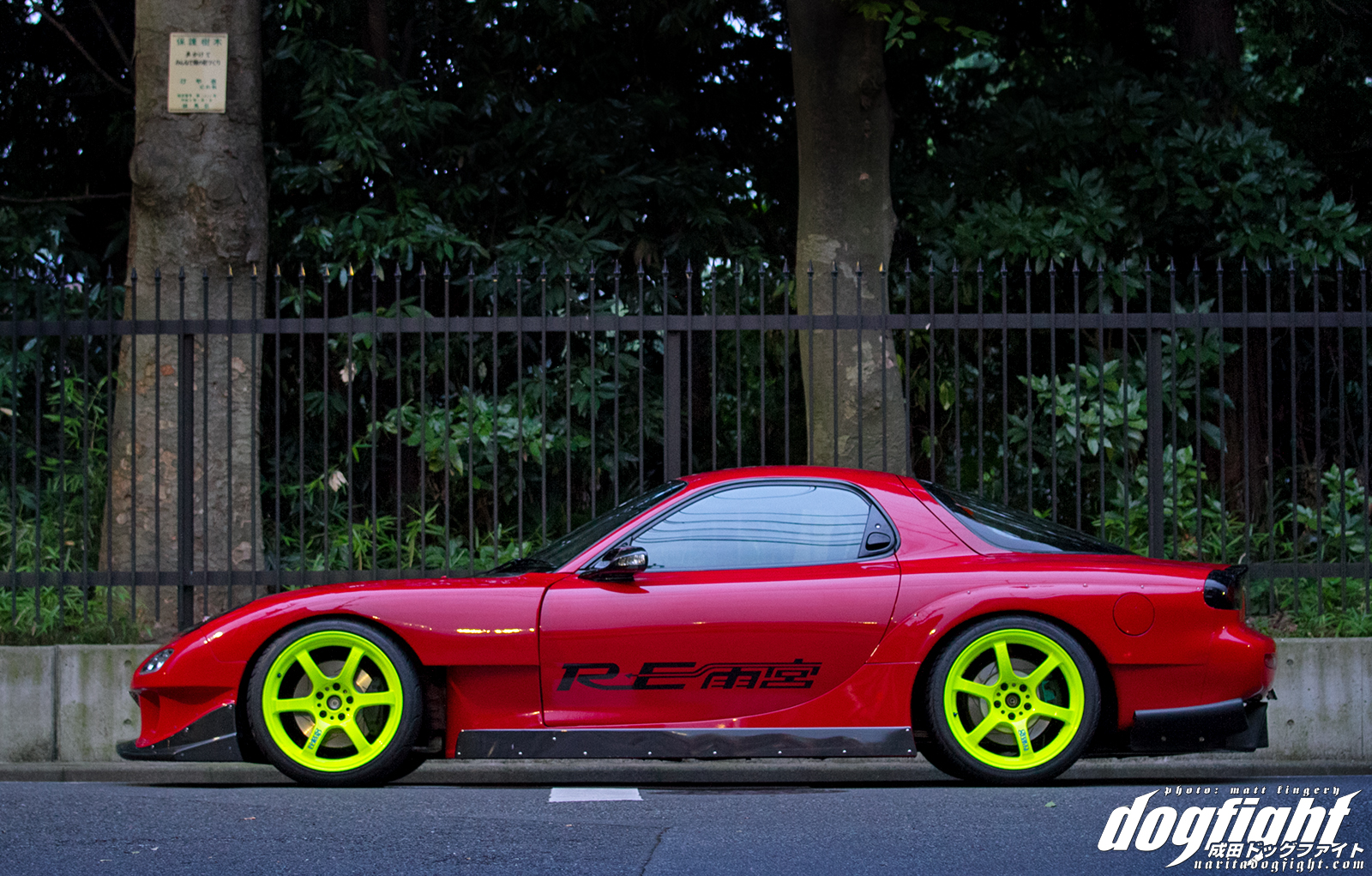 The widebody RE panels sit snug atop a set of Fluorescent Yellow Gramlight 57D’s that give the car an extremely ‘bright’ look against the fresh coat of factory red paint.  Actually, the same set of Aragosta coilovers that were on the previous FD have been transplanted to this one. 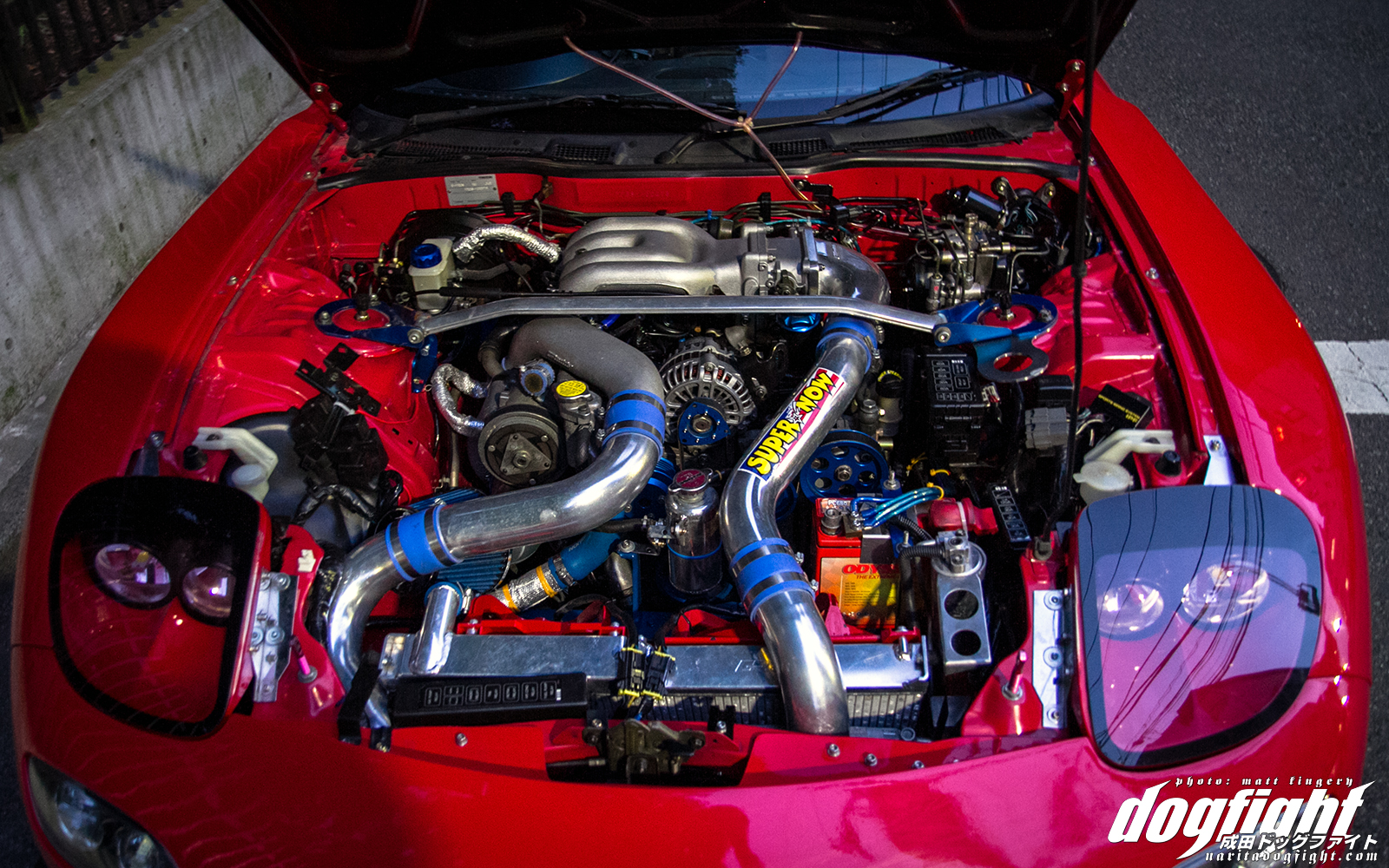 The new 13B has been prepped and outfitted to provide more power, as well as better reliability than it’s predecessor.  A full sideport has been completed and the turbine has been upgraded to a GReddy TD06-25G; a popular turbo among rotary owners that provides a very quick spool. 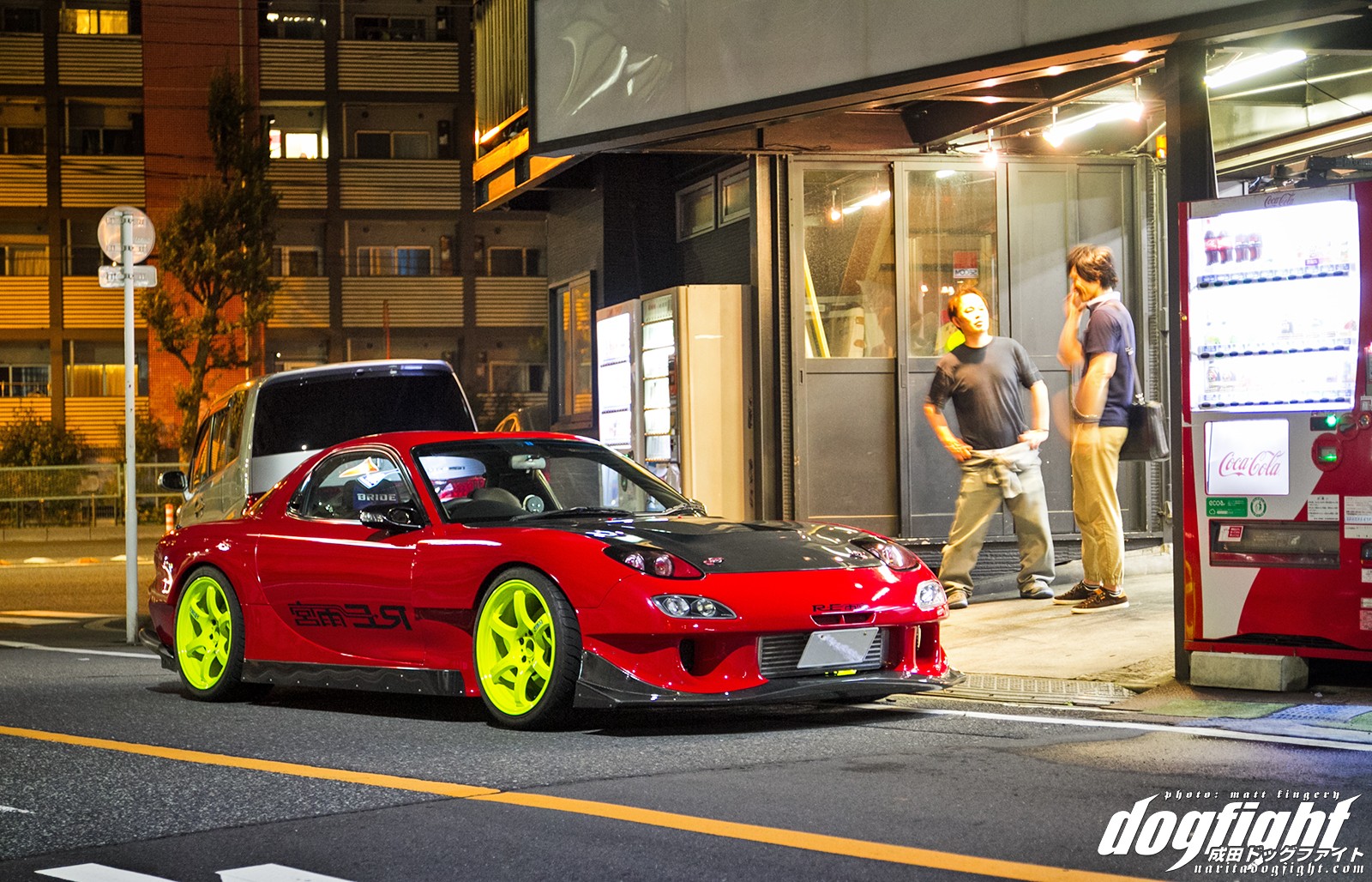 It looks like the drive to and from the track will continue to be enjoyable for Toshio in this very street friendly build, and while it looks right at home parked along the storefront, I know it will look just as happy on track.  I hope to see them both out at Tsukuba as the weather cools. 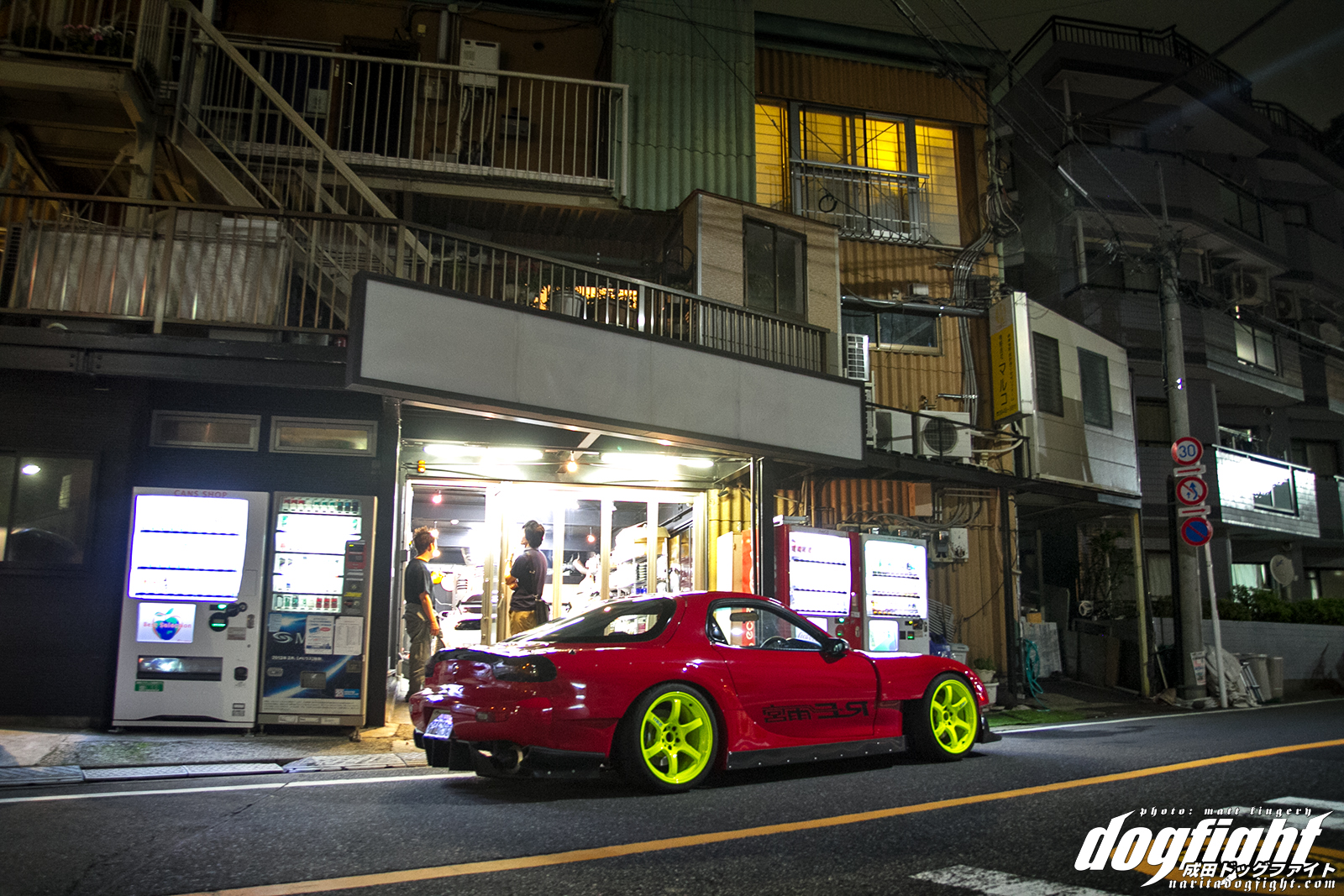