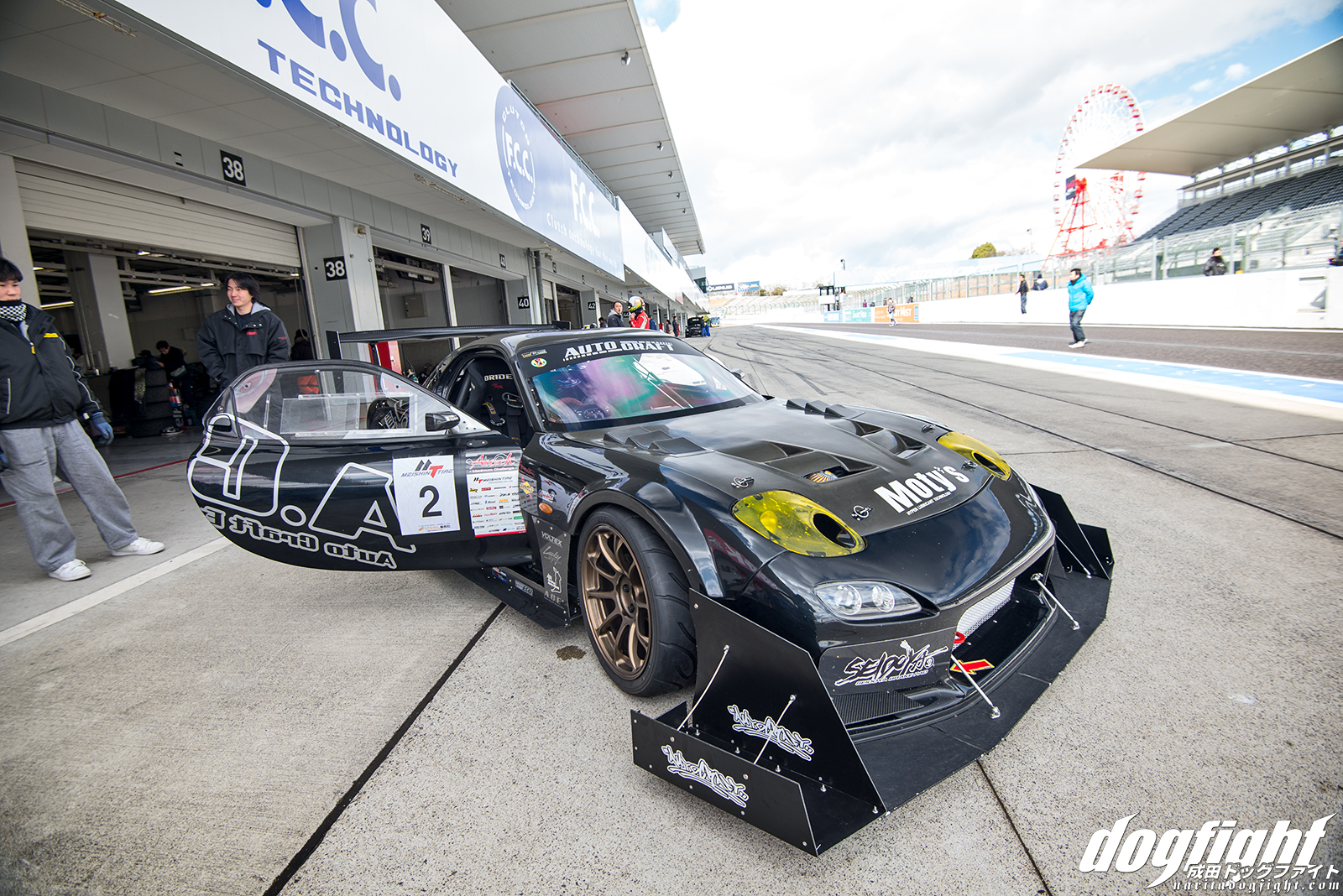 About halfway between Kyoto and Osaka, there’s a stretch of road that houses a handful of ‘under the radar’ type automotive shops.  Among the largest is Auto Craft; a rotary specialist shop, that’s slowly turned their focus to a larger population of cars, most notably Toyota’s new reiteration of the 86.  While they may be playing to a larger audience these days, they certainly haven’t abandoned their dedication to developing the old Mazda chassis, and their flagship Attack FD is proof of this.

Like it or not, the RX7, throughout the world, has begun to show it’s age.  It’s hard for us to see because we surround ourselves with the builds going on in Japan, and sort of close our minds to the possibility of the FD actually being a 26 year old car.  The reality is, most of the general public couldn’t tell you what kind of car it was if you showed them a picture of it; let alone what kind of grassroots following it has.  Thanks goodness we don’t fall into that category though, and while the FD may be old, it’s spirit is alive and well in the automotive realm; especially in Japan.  Auto Craft has been a long time supporter of the model, and have used their years of experience to mold their demo car into what it is today. 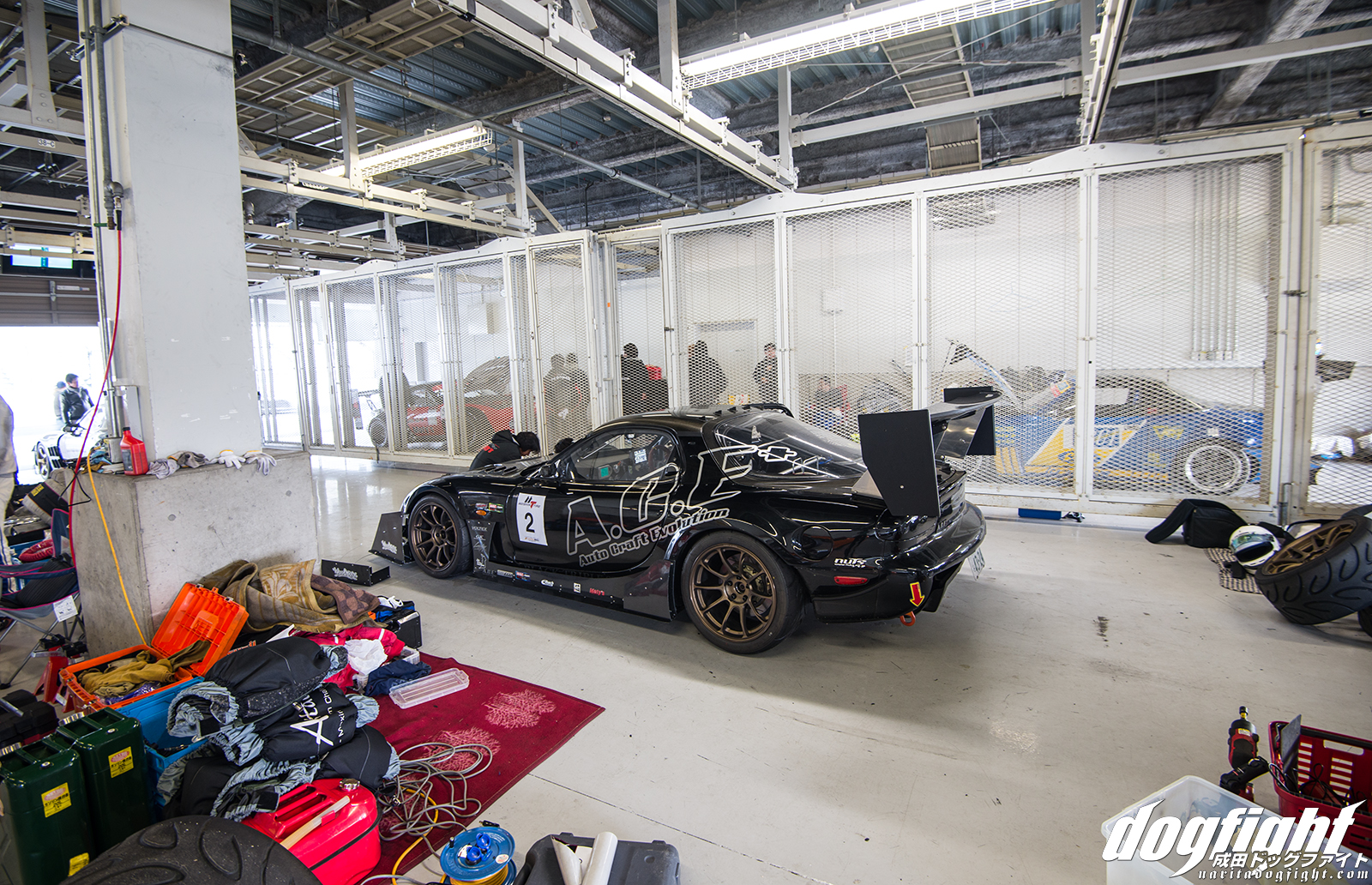 Masanaga Shirahige founded Auto Craft with the intention of having an all inclusive shop that customers could bring their cars to, and have their intentions brought to life.  The shops pursuit to further improve their demo cars, leads to in-house development of parts, that they can then pass onto their customers.  Last year at Attack Suzuka, Hiroshi Tanaka was able to pilot the FD to a very quick 2’11.61.  There goal this year was to break into the 9 second range.  Unfortunately, due to track conditions, they were only able to garner a 2’13.088 in the wet. 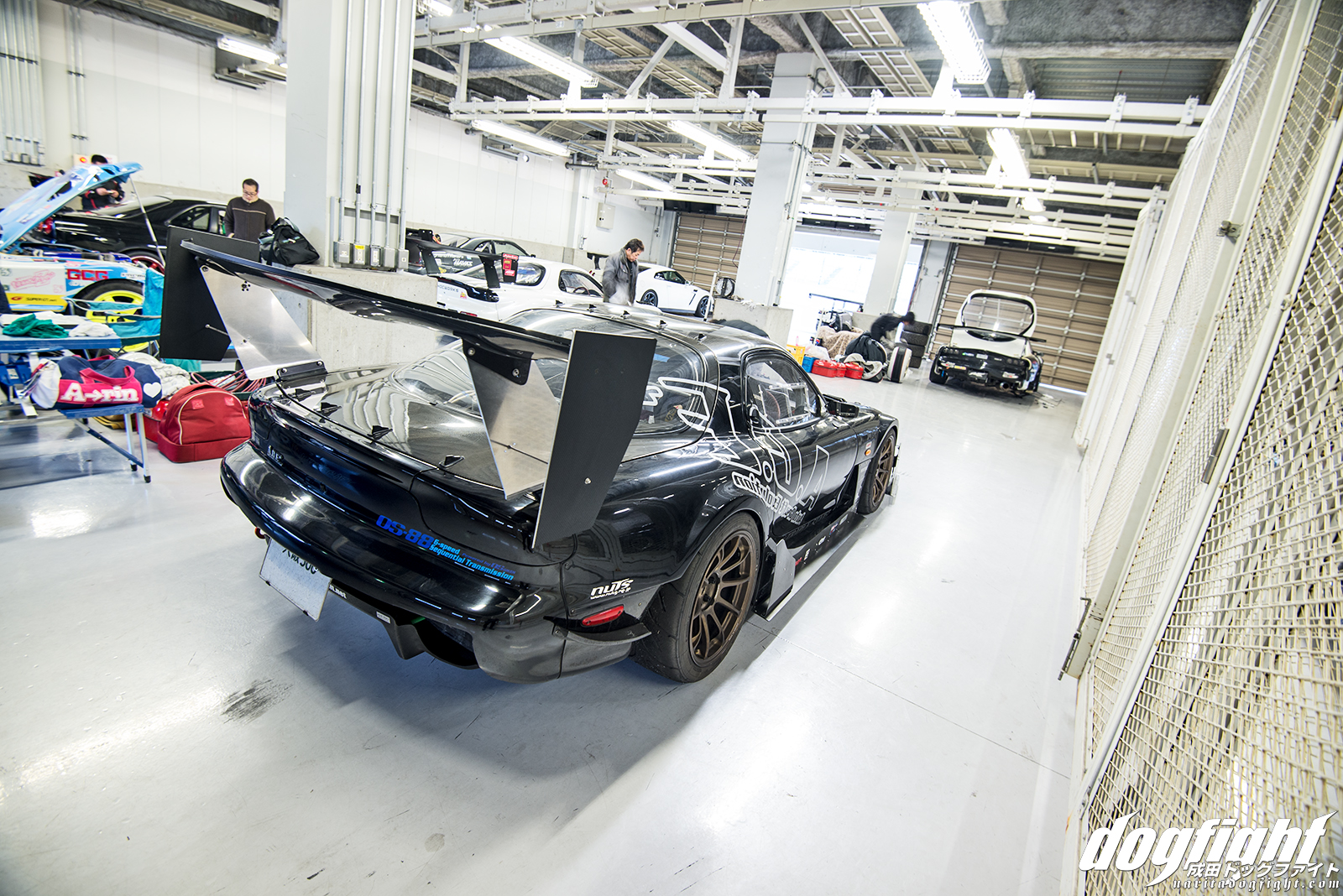 That minimal time difference is rather impressive however, and would lead me to believe that another session in the dry would get them to where they expected to be.  There’s been several small upgrades to the car since the last drive at Suzuka; namely in the aero department. 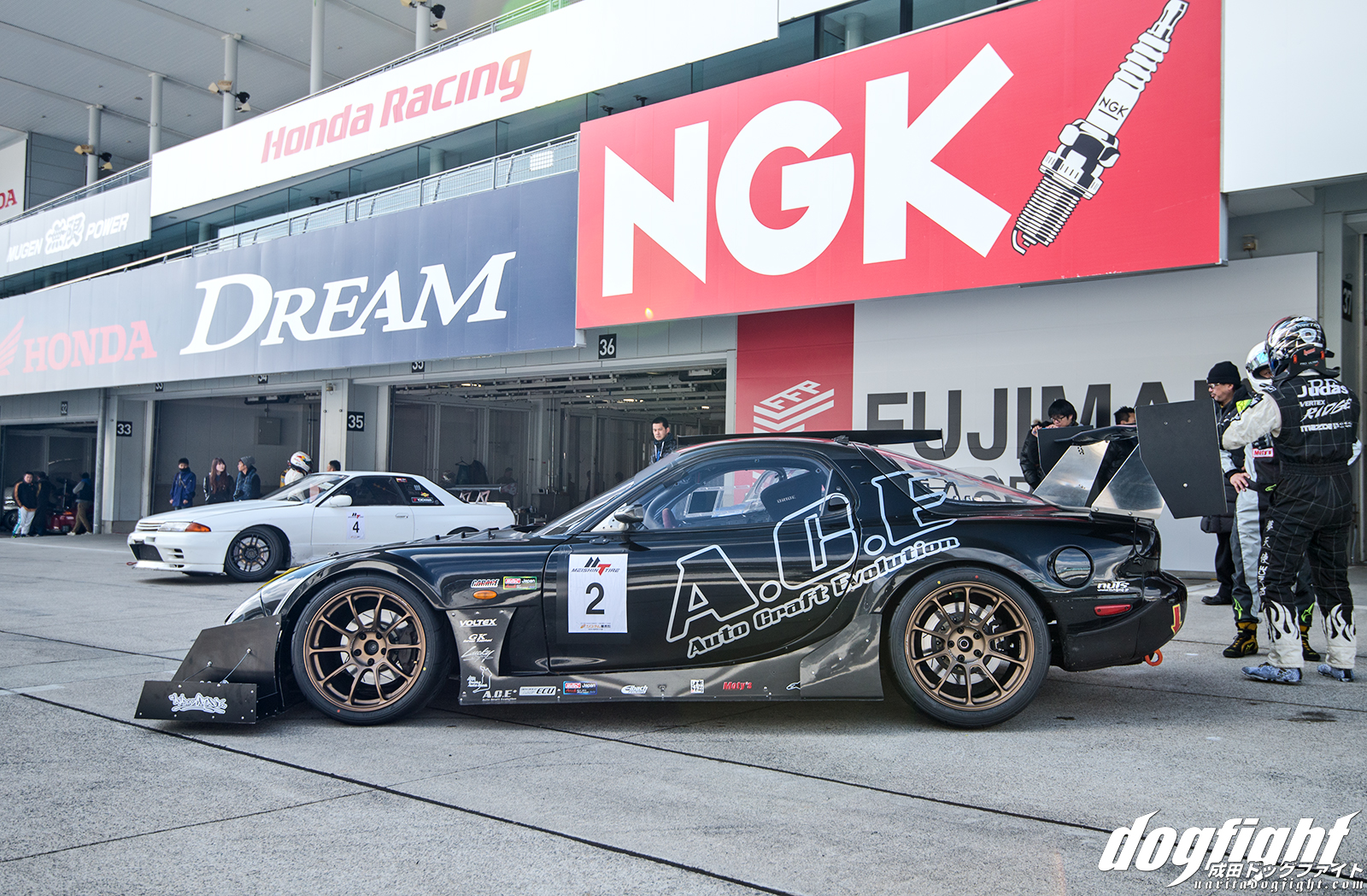 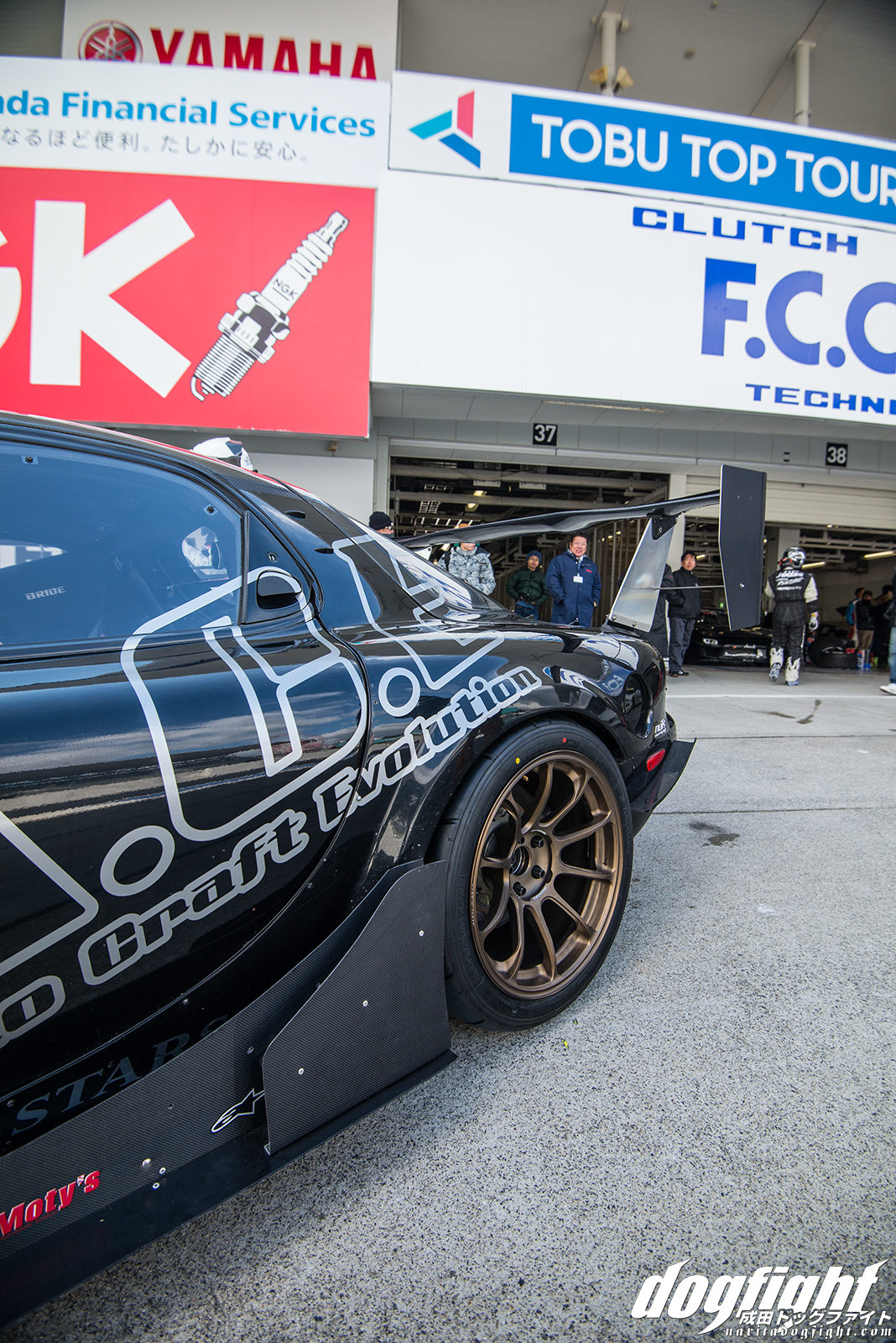 A new wing element and end plates are utilized to increase downforce around the corners.  The side skirts also got an additional treatment of carbon. 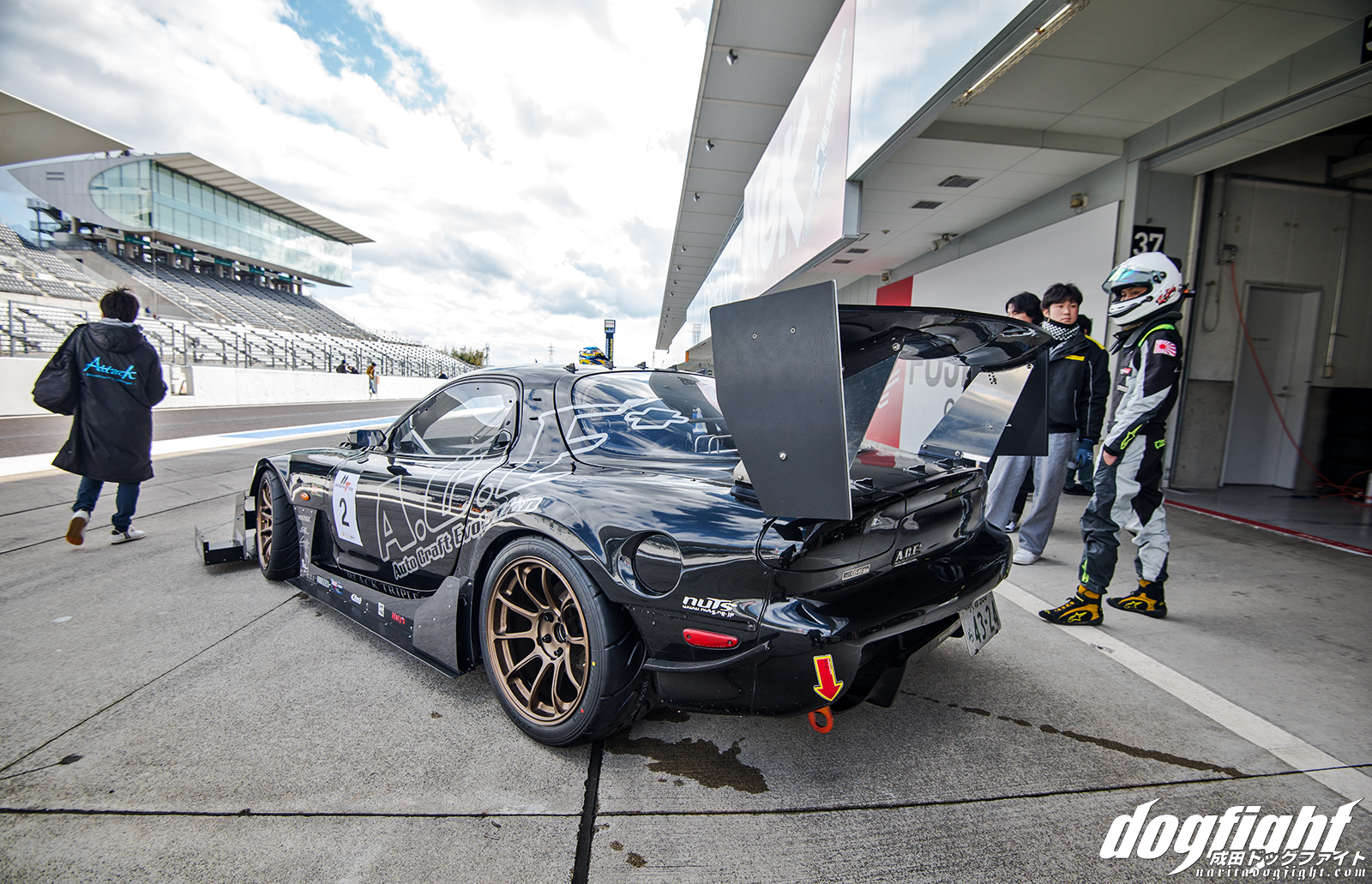 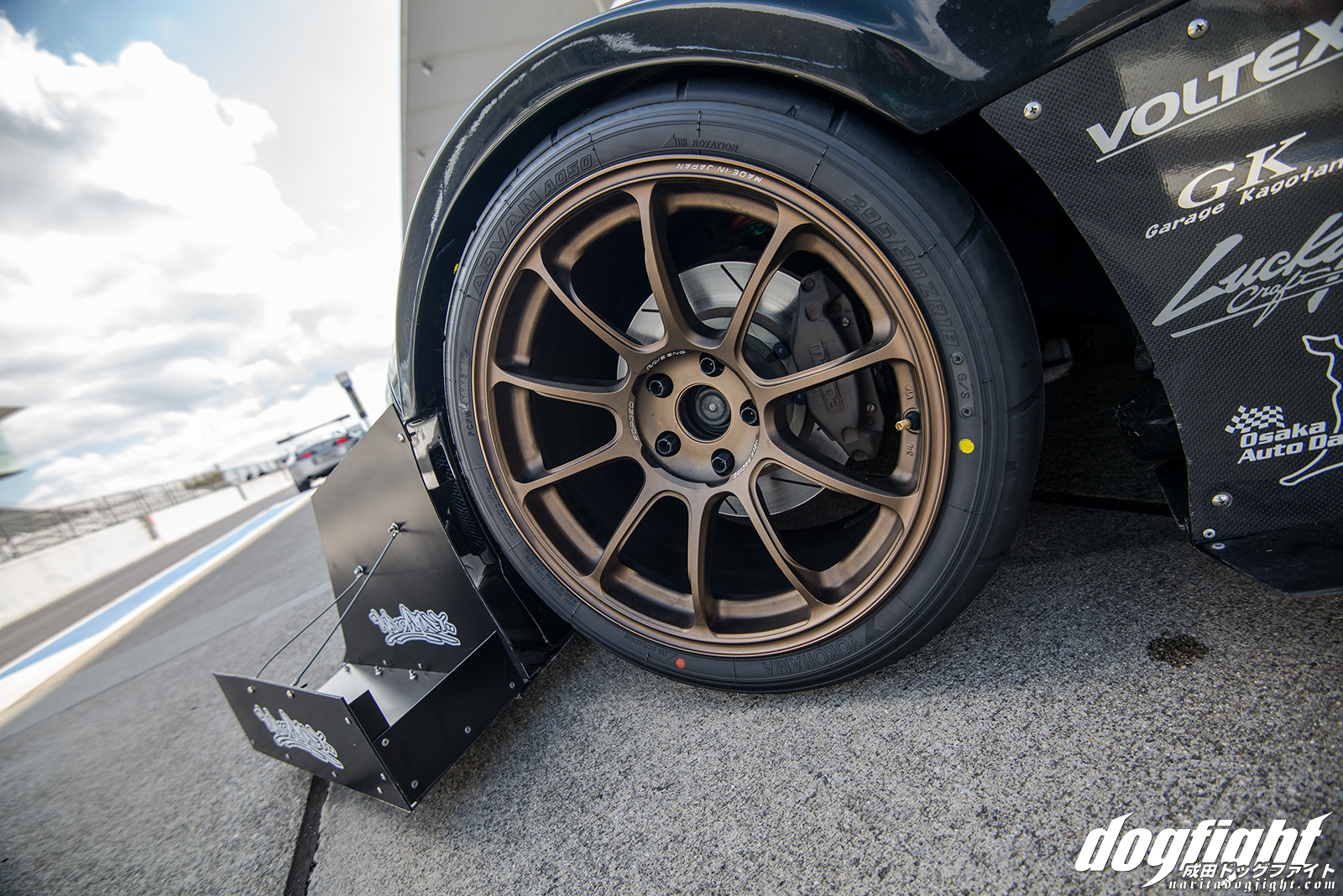 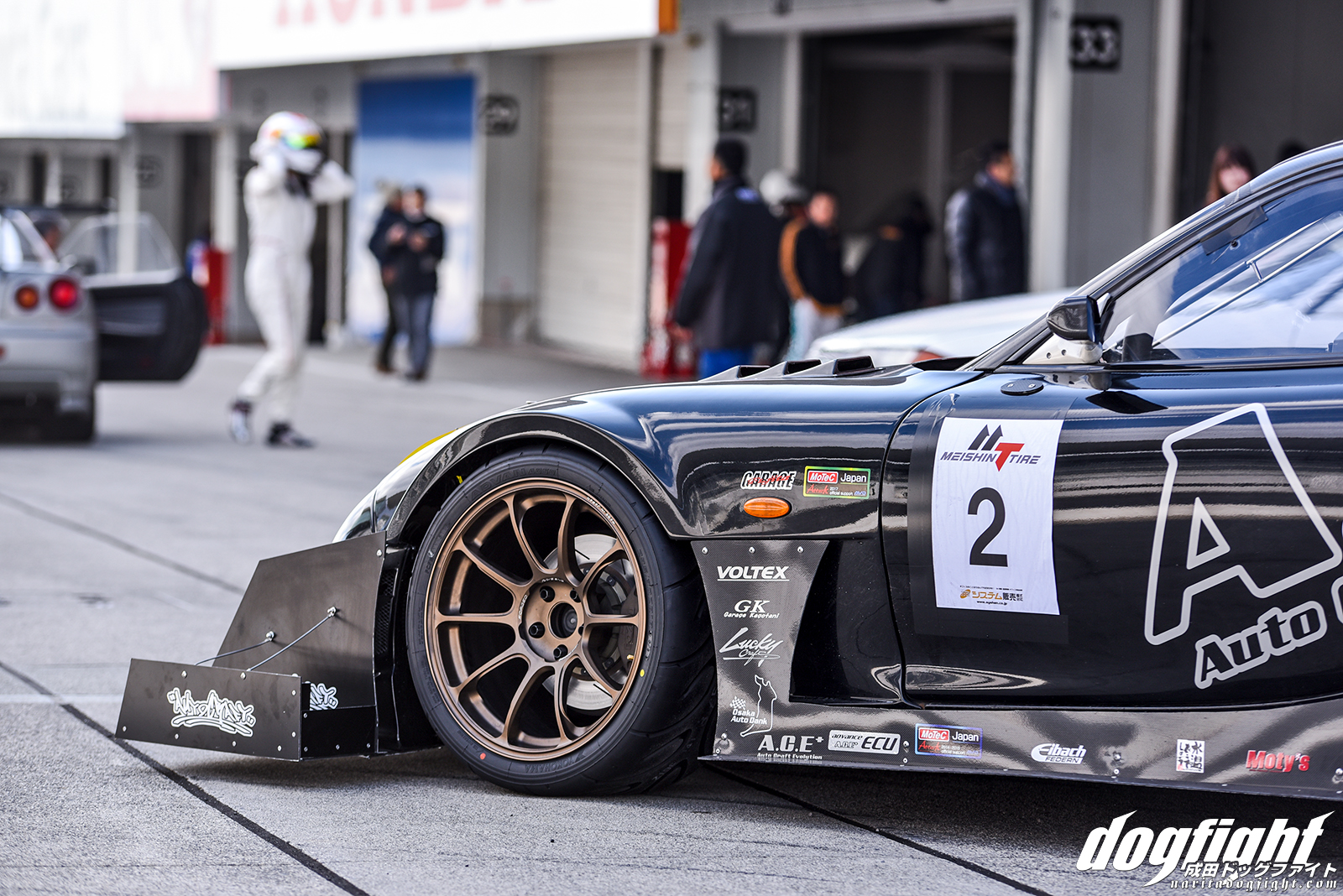 The front splitter has been increased in size and an extension of canards were added to aide in keeping the front end planted. 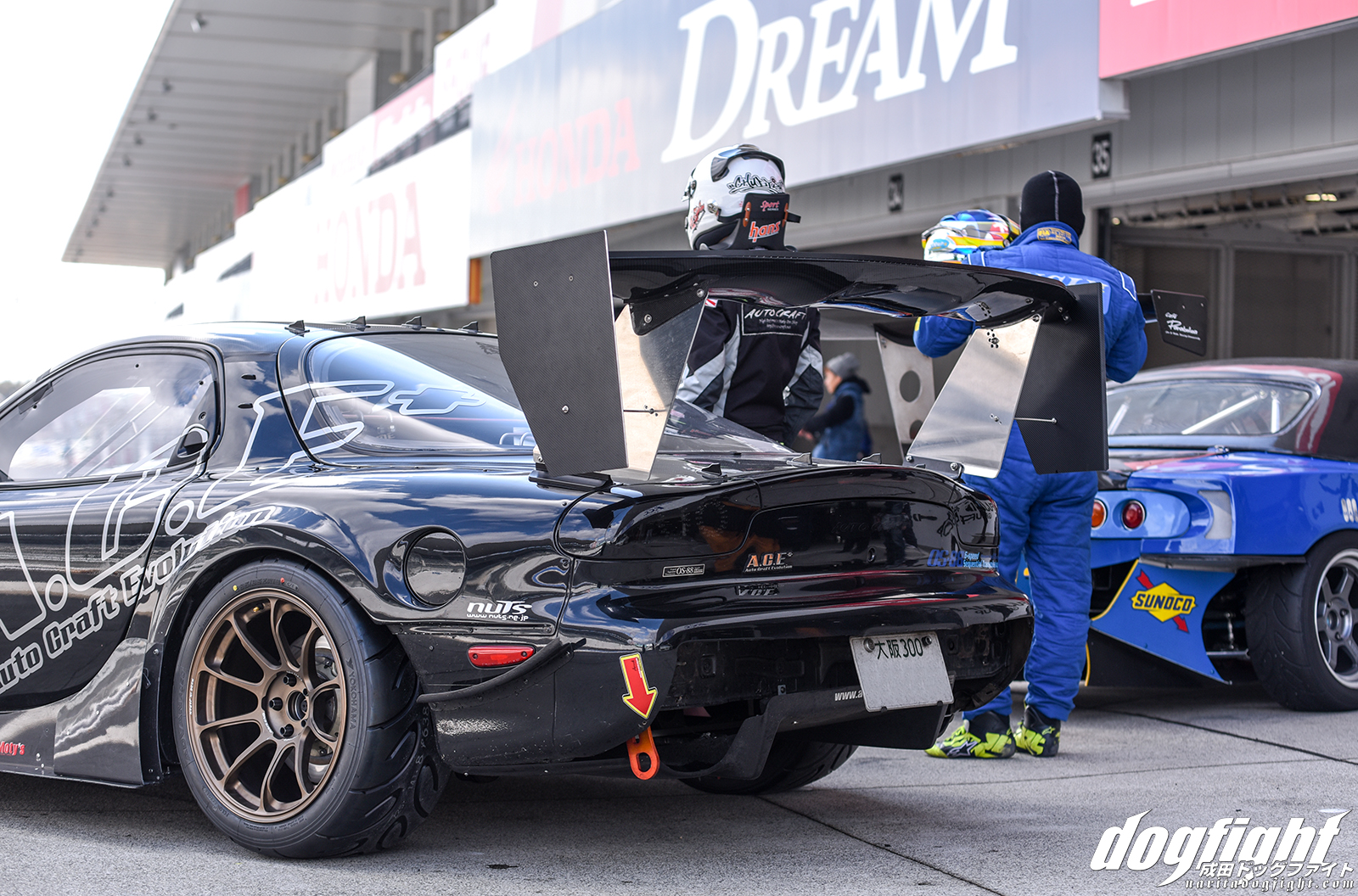 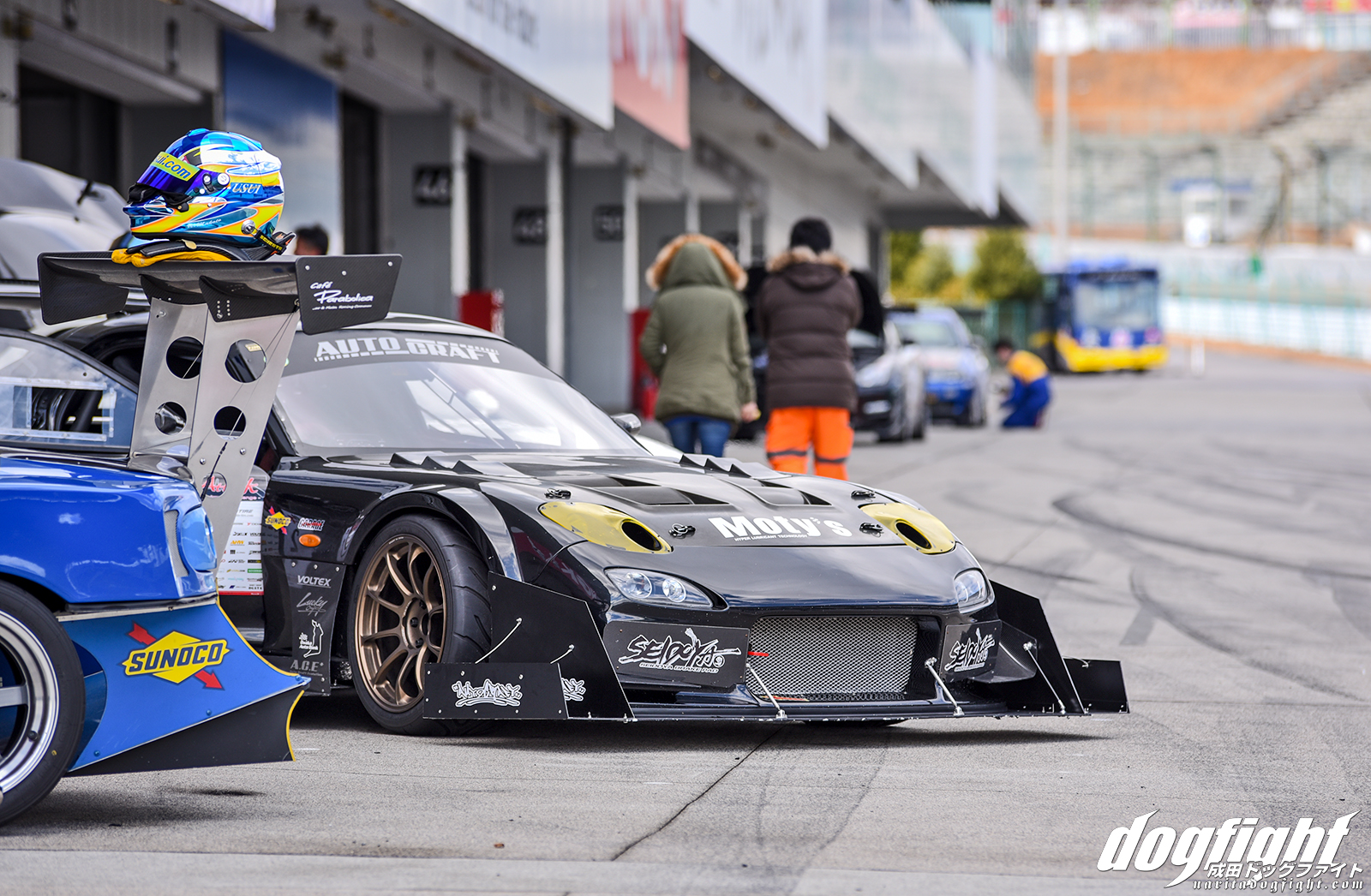 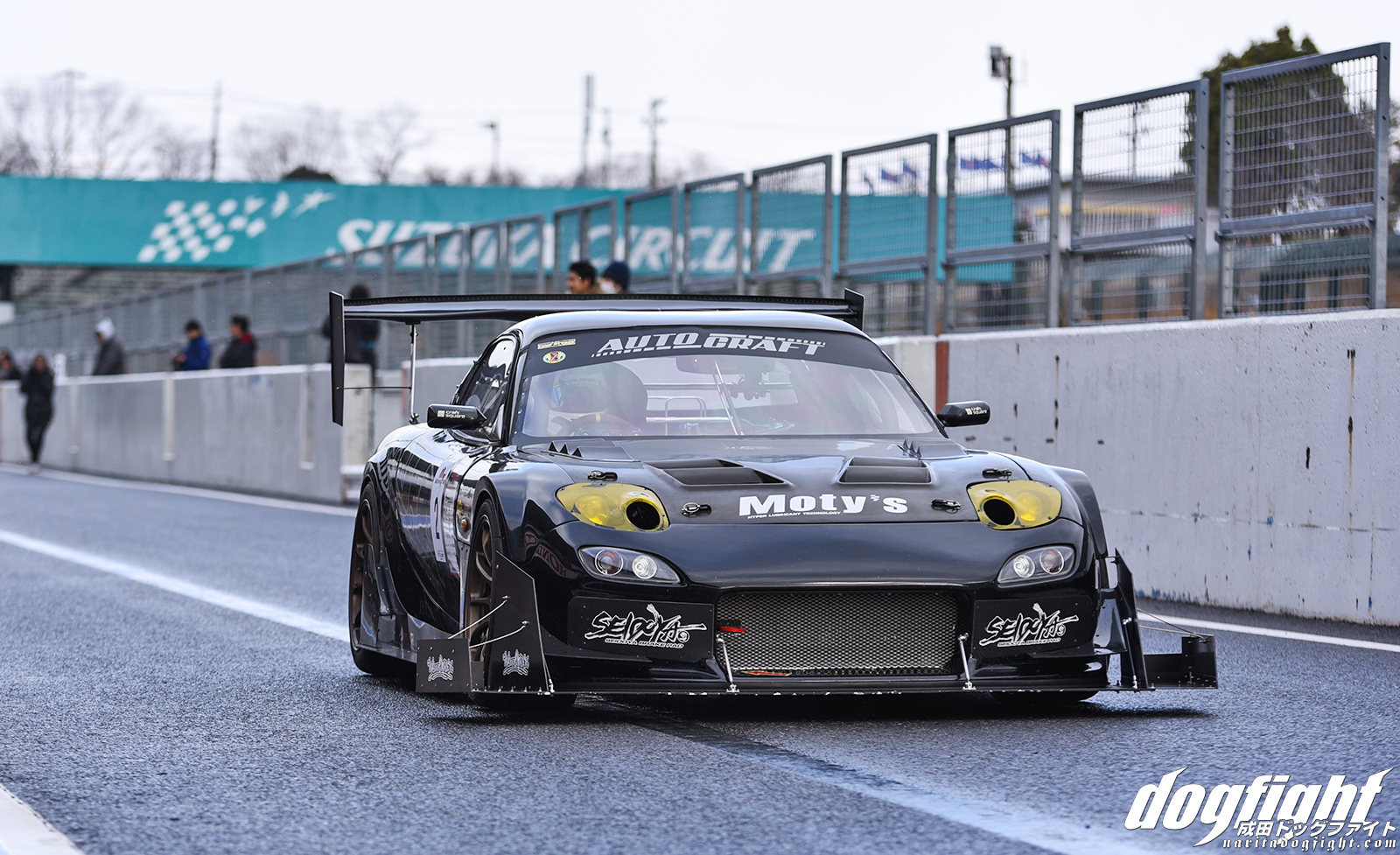 In it’s 2017 form, the car tips the scales at just over 1000 kilograms.  The most recent dynapack numbers put it shy of 500 horsepower to the wheels.  An increase of 30 or so from last year.  The driver shifts with an OS-88 sequential transmission, giving him the quickest shifts possible. 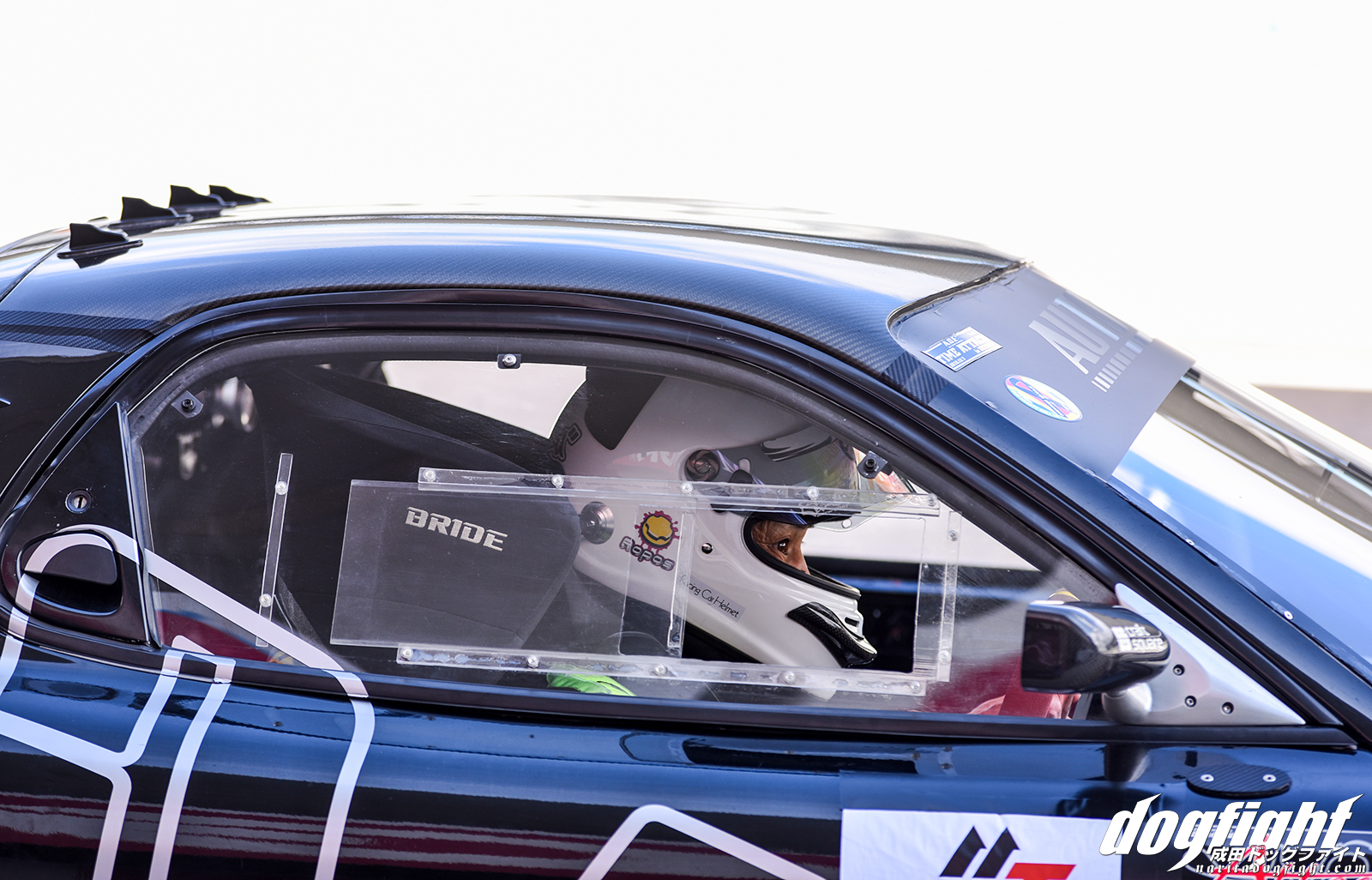 Hiroshi as he sets off for his second outing. 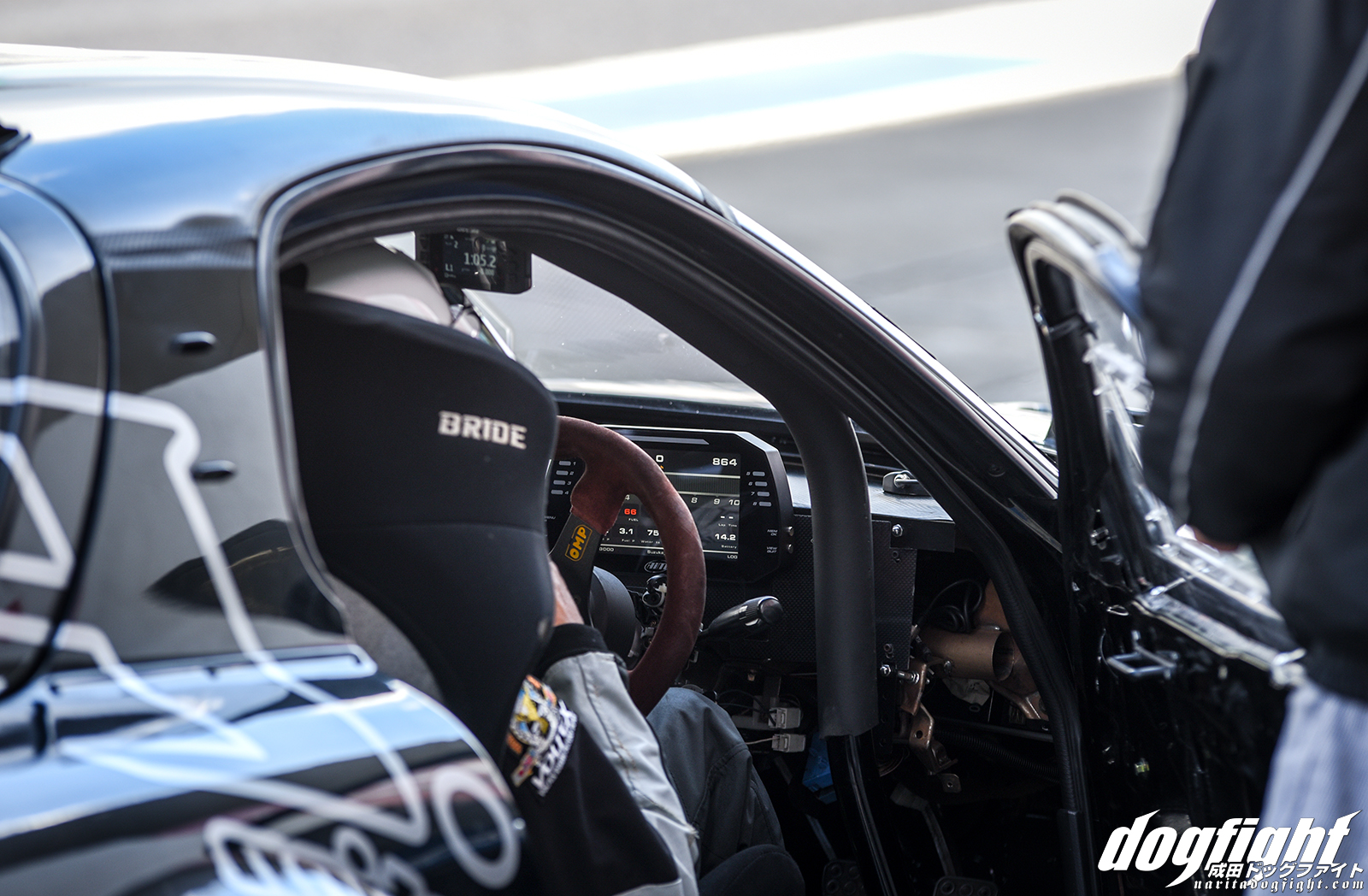 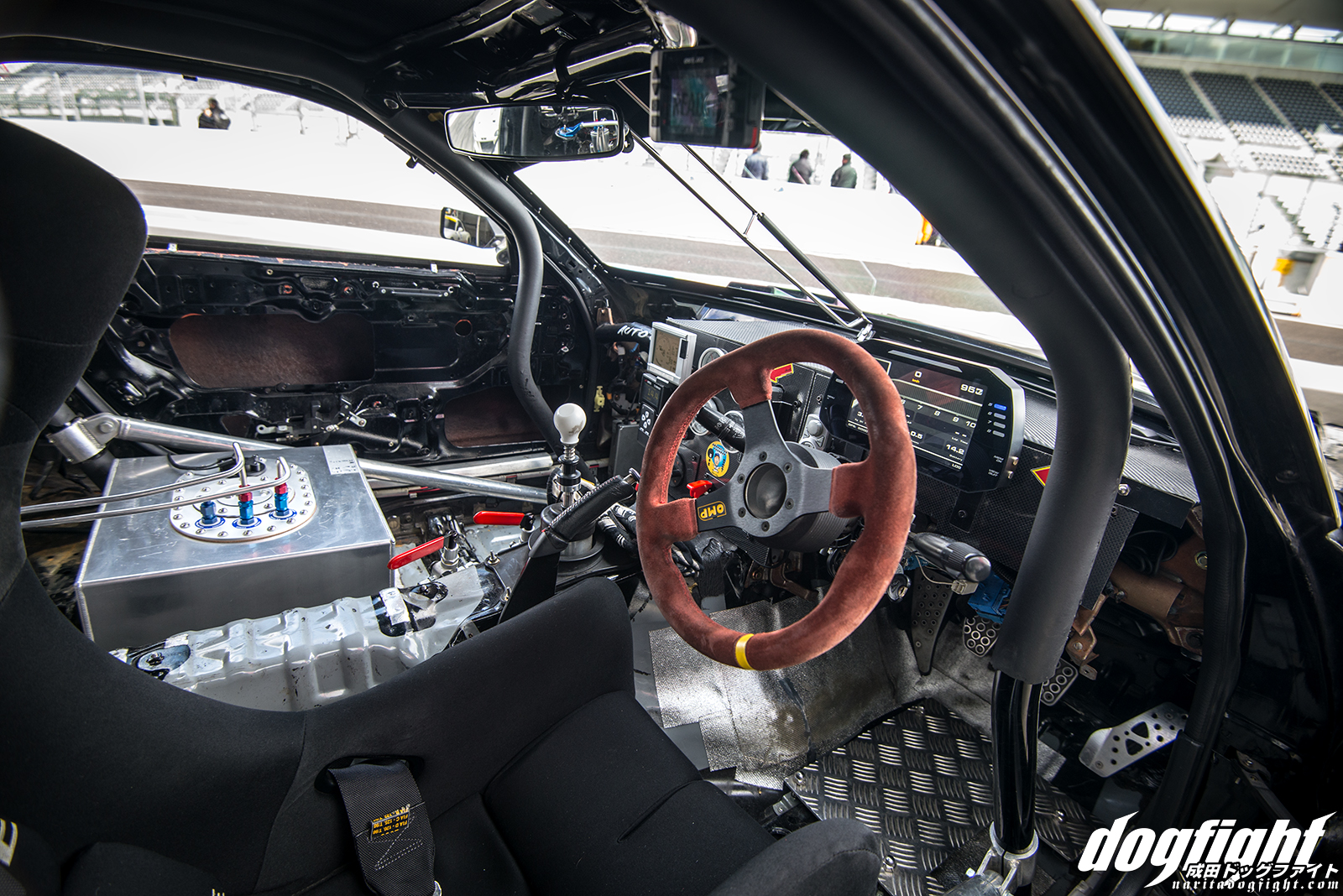 Once inside, there is no mistaking this car for anything other than a race car.  Hiroshi sits in a Bride Proface bucket seat, and utilizes an AIM dash and a plethora of gauges to provide him with vital data around the circuit.  A fuel cell takes the place of the passenger seat, and helps to reduce the overall weight of the car. 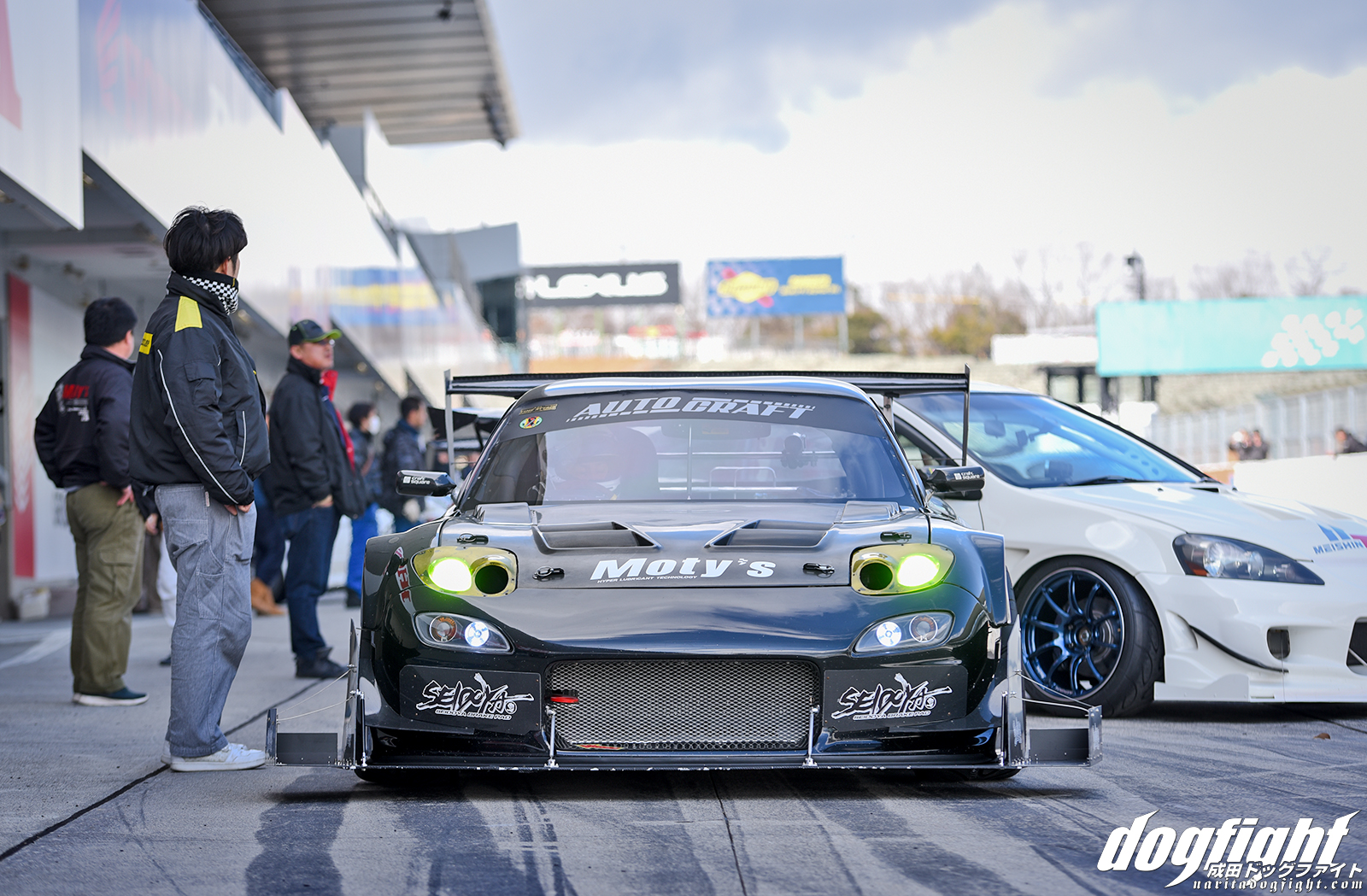 The new exterior additions give the car a very aggressive stature in comparison to last year. 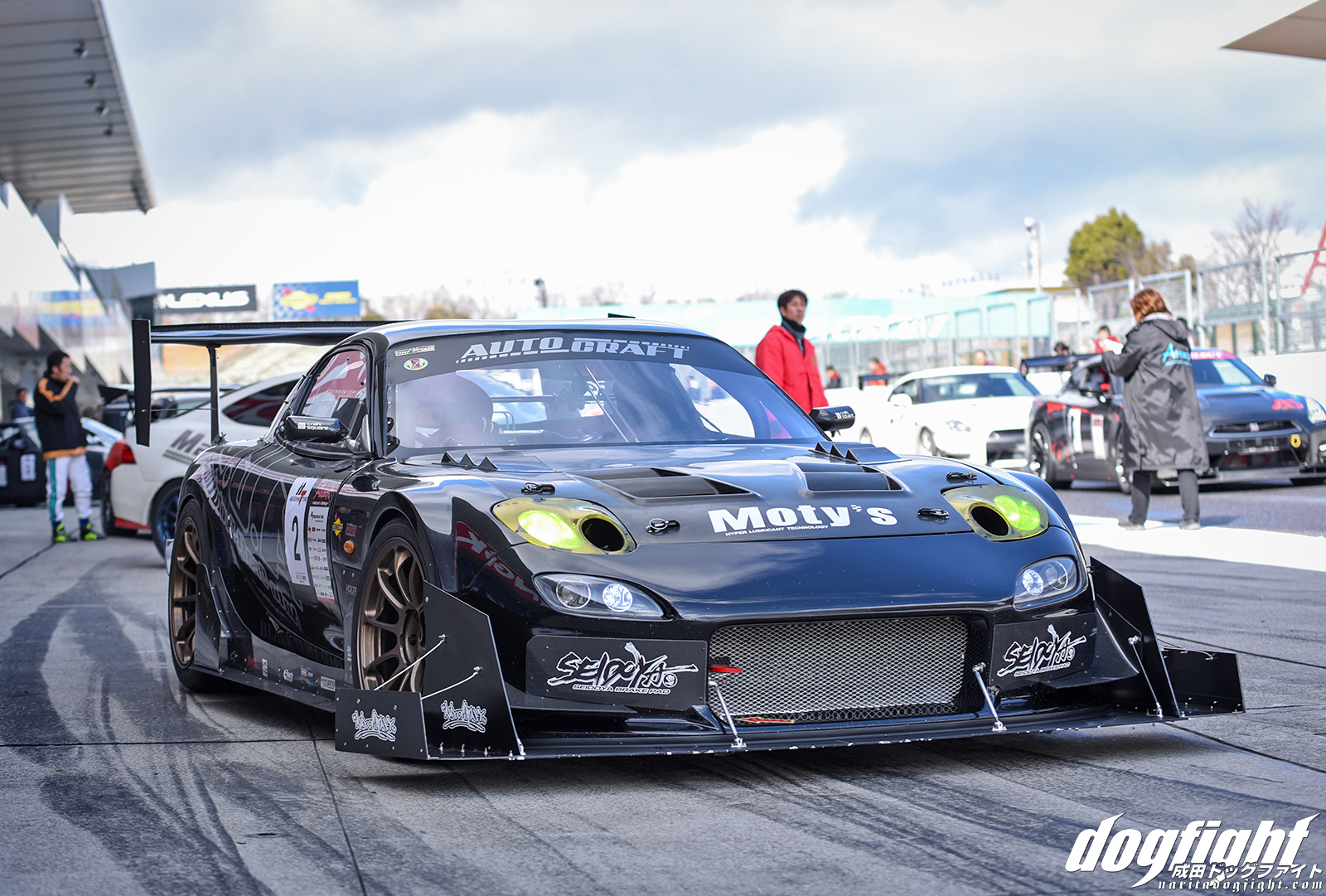 Below is Hiroshi’s lap from last year’s event at Suzuka: