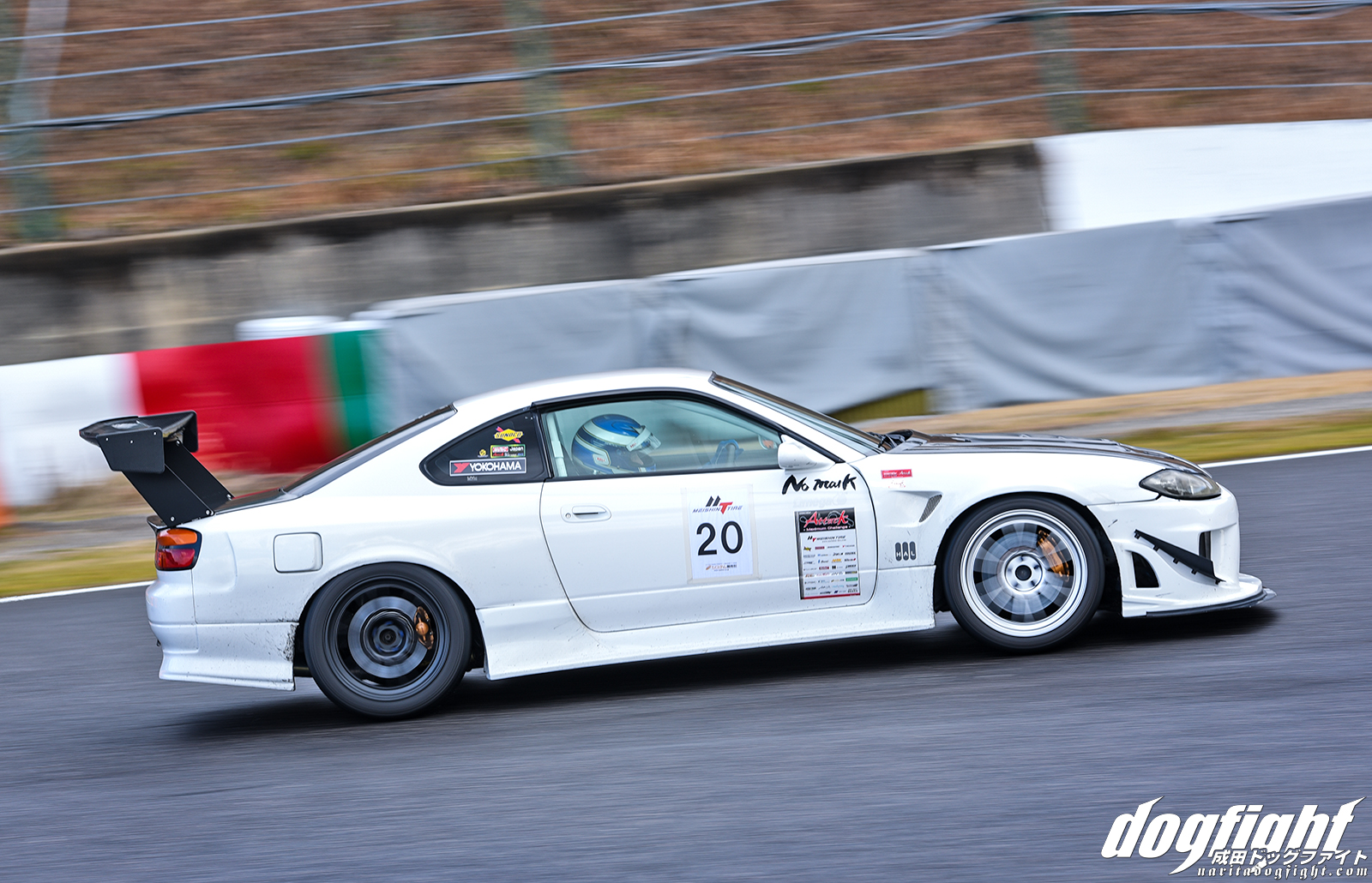 No-Mark may not be a household name in the Japanese tuning industry, but they’ve been around long enough to hold their own against some of the best.  Native to the Western area of Japan, it’s not uncommon to catch Maeda Yukio and his white S15 around tracks like Takasu Circuit, Suzuka CIrcuit, and Central Circuit every so often.  The Silvia, a decade long build, has slowly grown from a lightly tuned street car, to a street car that pushes the boundary between comfort and performance.

While the majority of interior has been removed, the car still retains it’s stock dash, and glass all around.  The convenience of the amenities found in a daily driven car still remain, and it shows in the curb weight of the car; tipping the scales around 1200 kilograms (2640 pounds).  The SR20 is built to produce a very healthy 400 horsepower; a realistic, and quite usable number in circuit racing.  Despite the weight and relatively lower power of the car, Yukio has bested a time at Suzuka Circuit of 2’13.9 in the dry.  Comparatively, the last Attack event in Suzuka, he was able to run a 2’18 in the wet; over 10 seconds faster than the orange S15 you see in the below picture.  Just another example of the performance you can get alongside the compromise of a street car. 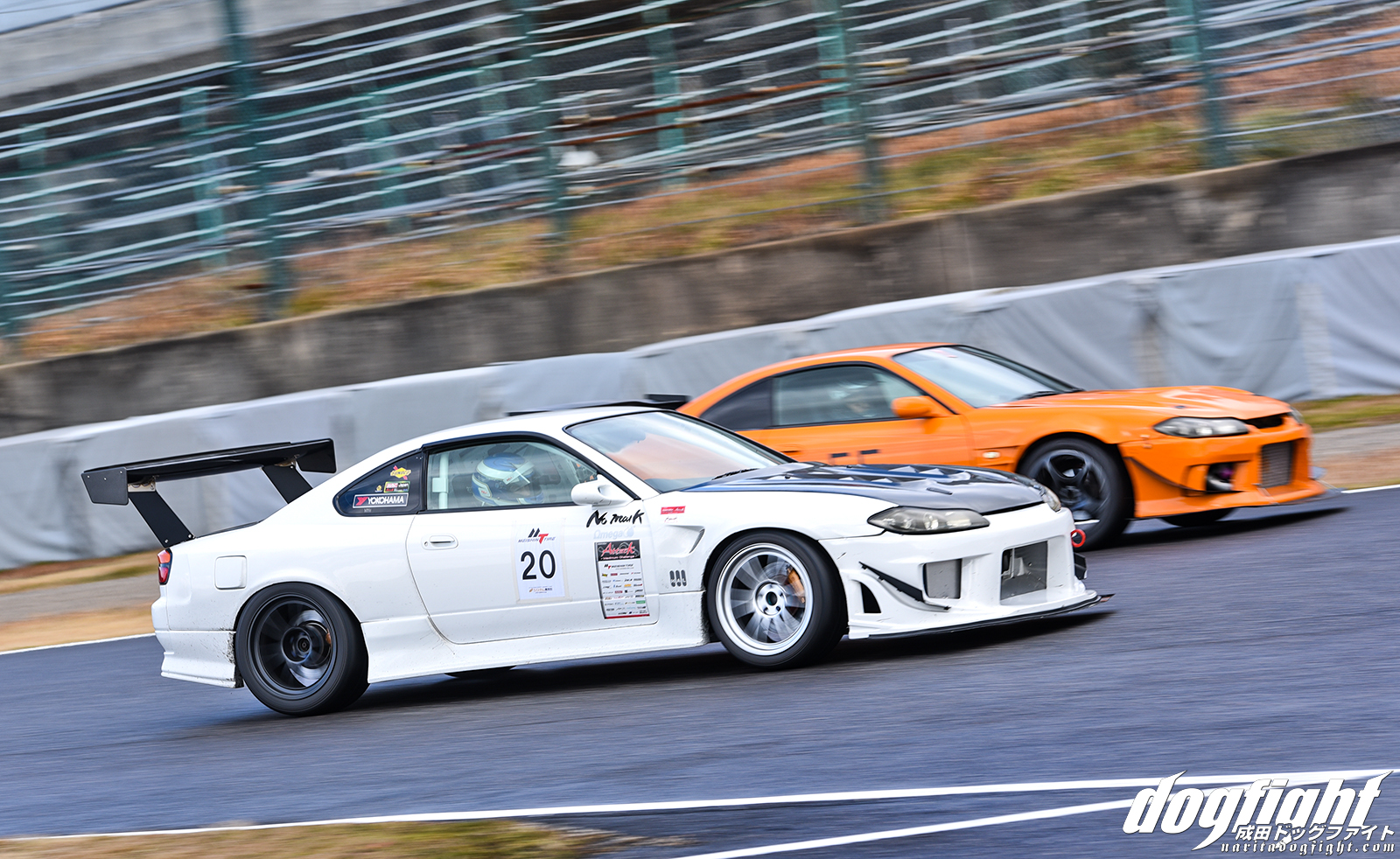 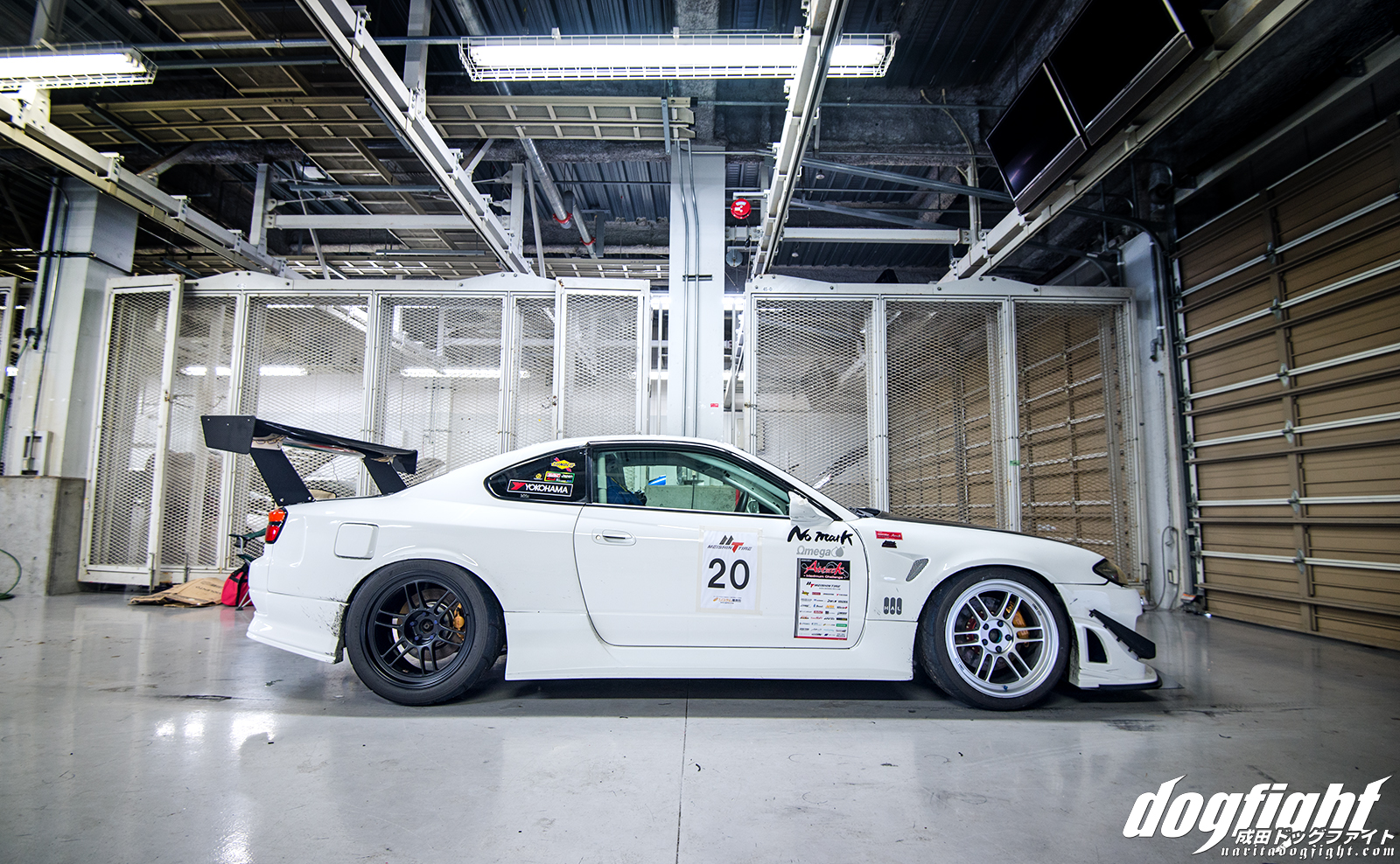 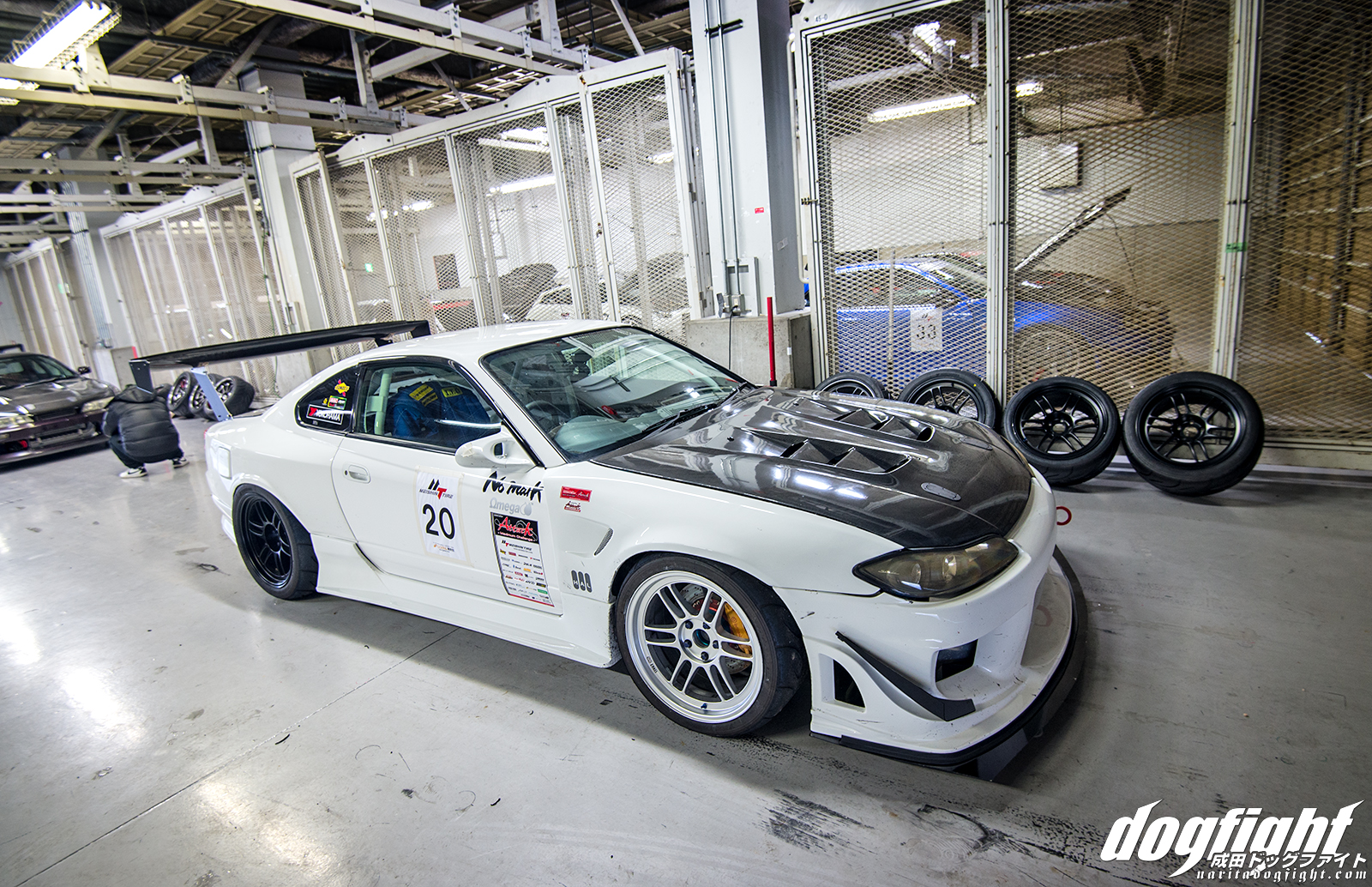 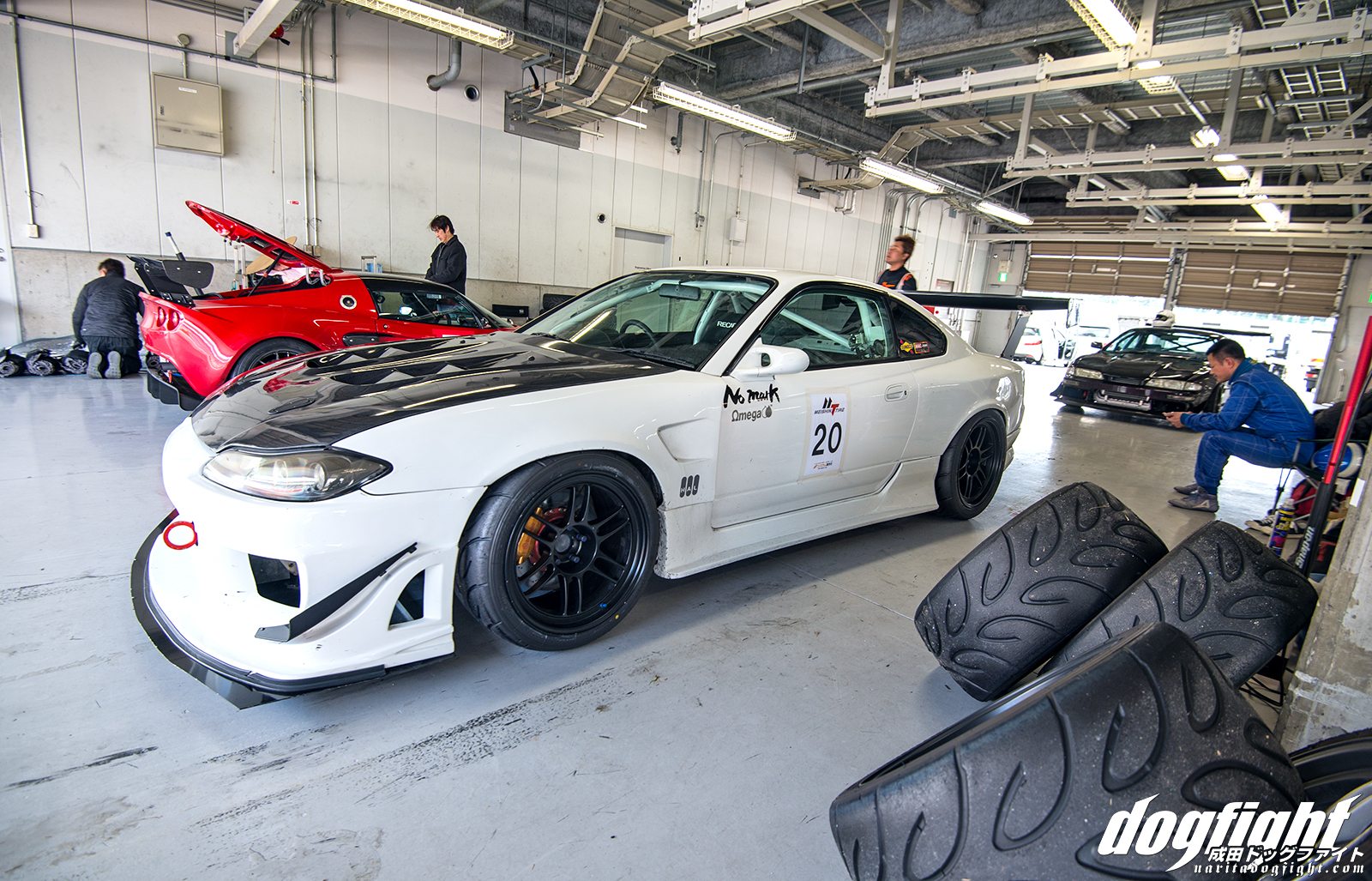