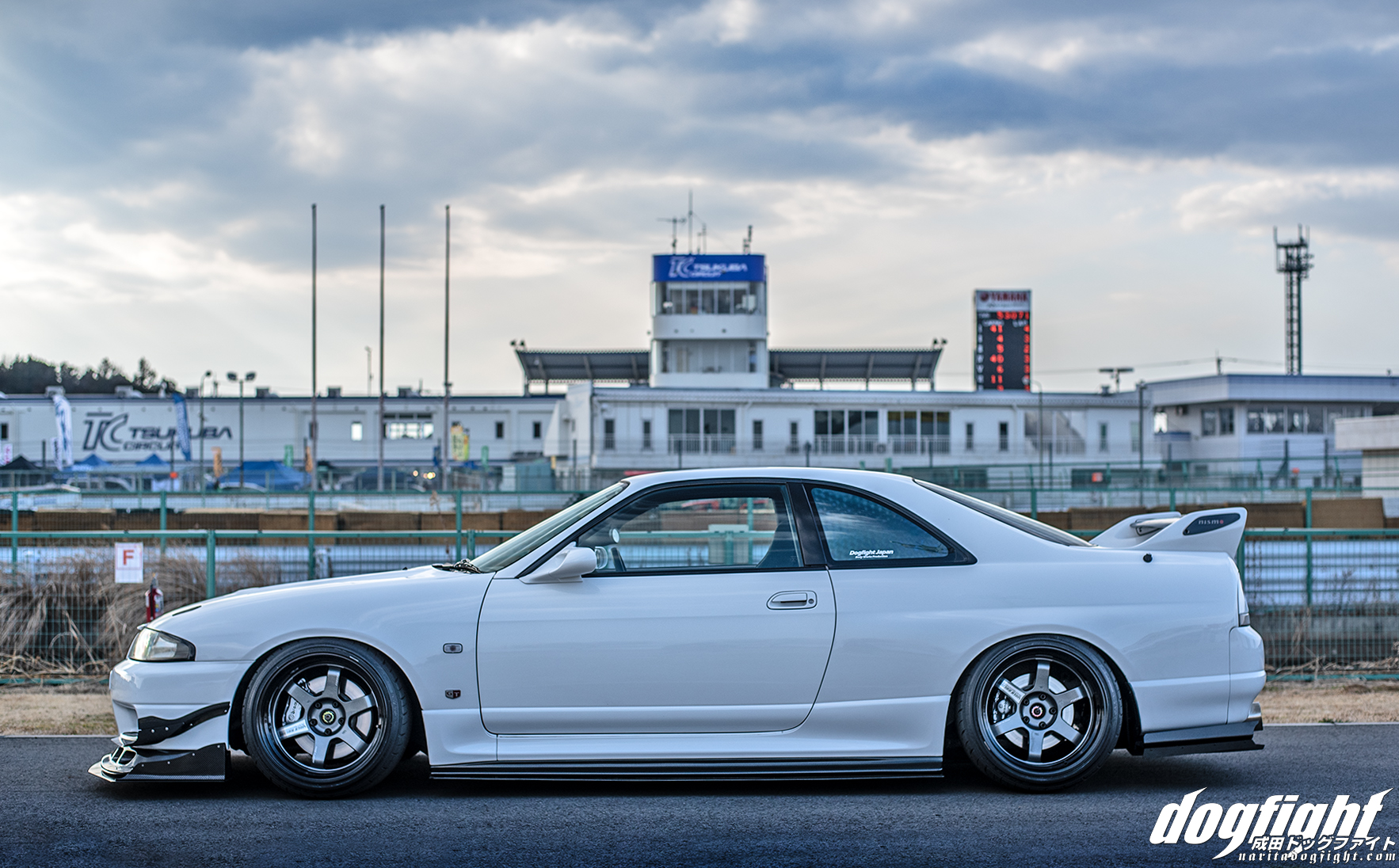 Masao has been hard at work over the past few months putting his skills to the test on his son’s project car.  The design that Tani had in mind for this GTR33 would take on a more subtle approach to body tuning than the work that Masao is typically used to being commissioned for.  A look that would pull focus to the cars original body lines while still retaining a very street-able appearance.  Reserved as a car to occasionally enjoy weekend drives and a general feel of car-life, the Skyline was purchased without the circuit in mind.  A purpose that is reflected in the final outcome of the build.

The first, and most notable, change that was done was increasing the overall width of the car.  You won’t find any riveted on over fenders, or even molded flares; the car is much too understated for that.  It’s actually what you most likely won’t see that changes the appearance the most; the front and rear fenders have both been increased in width by 20mm. 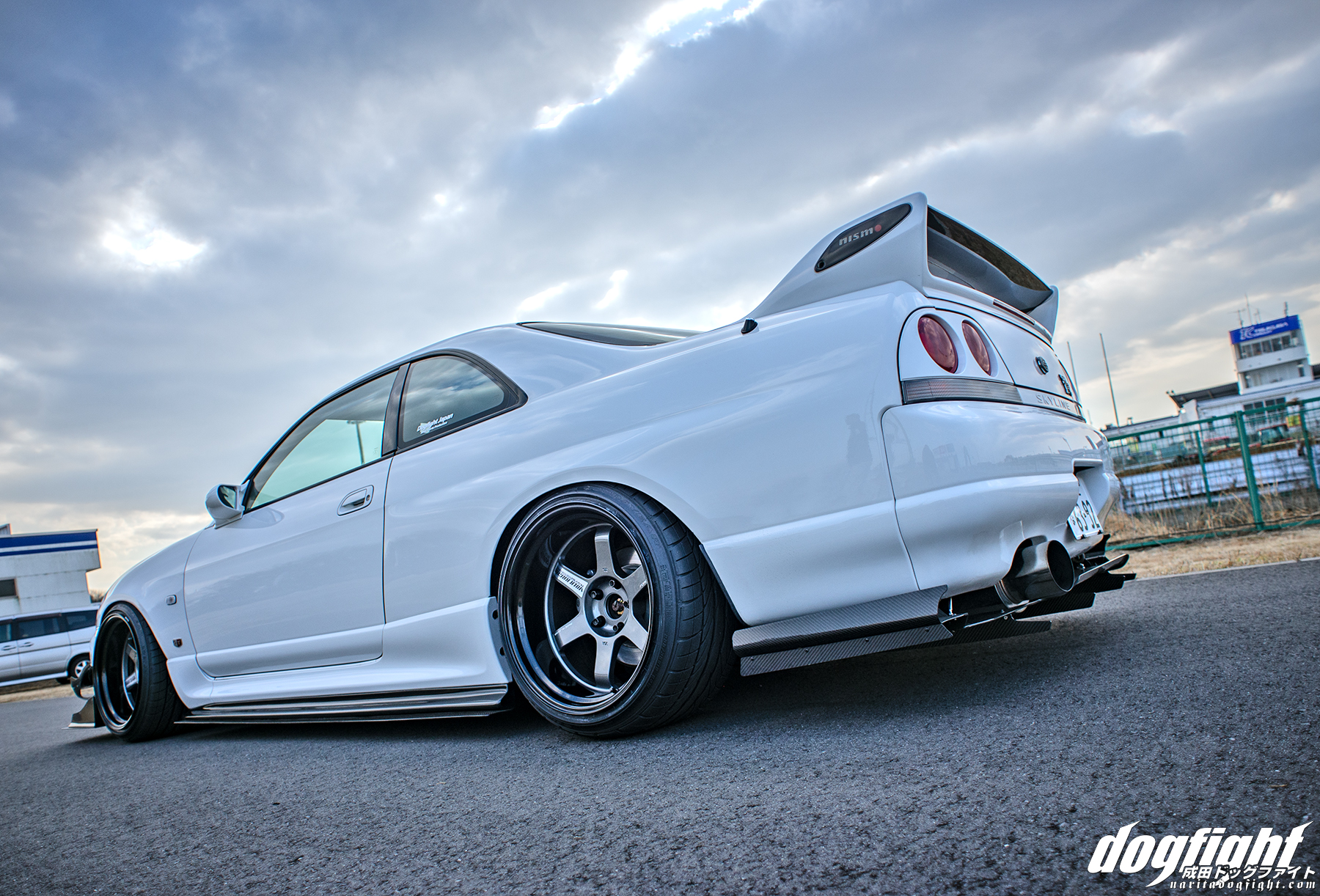 The resulting look is one that even the most observant eye would possibly overlook, but is necessary to cleanly fit the new 18×11 -30 TE-37V’s – wide to say the least. 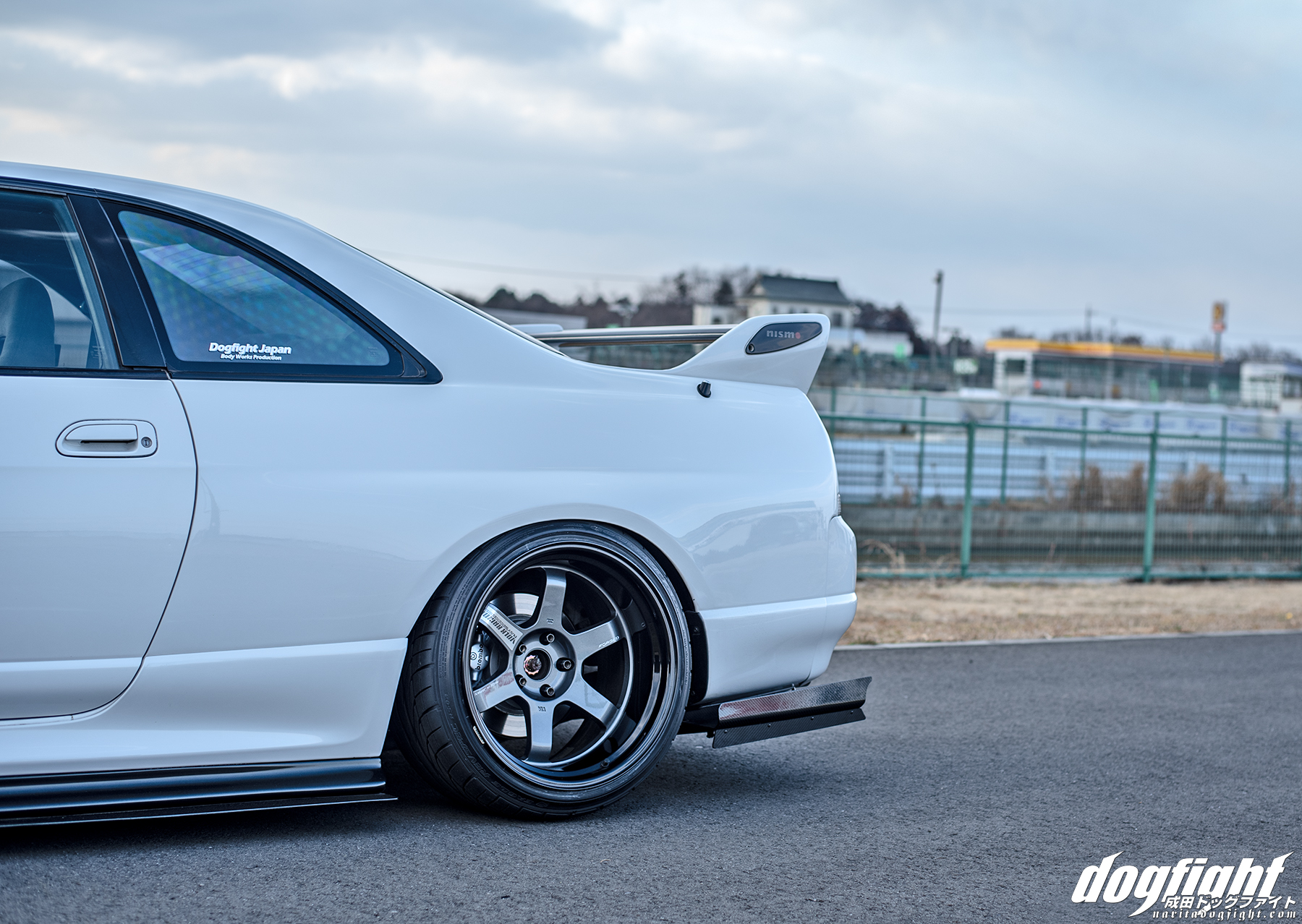 The exterior is adorned from front to back in custom carbon parts from Dogfight Bodyworks. 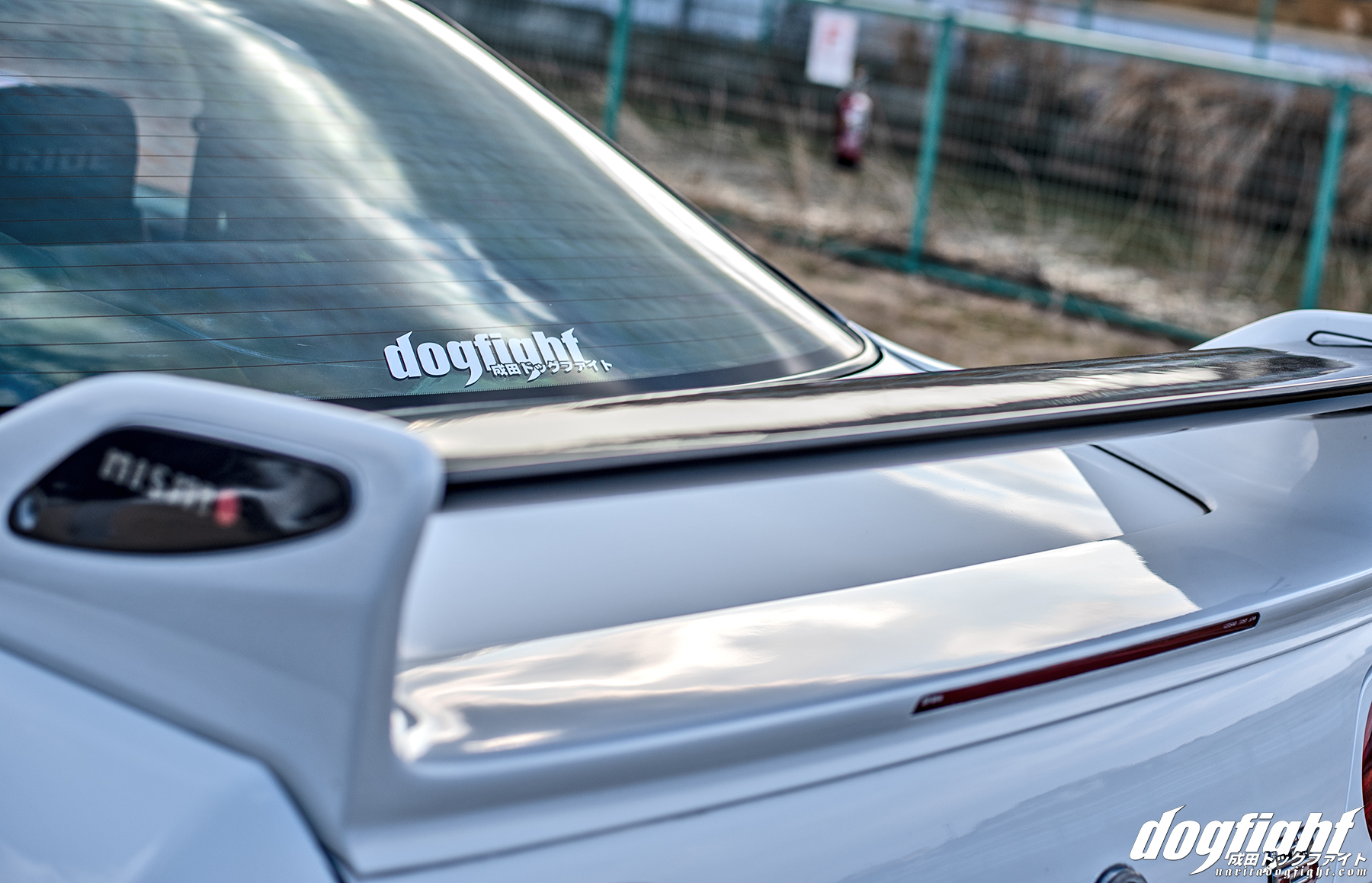 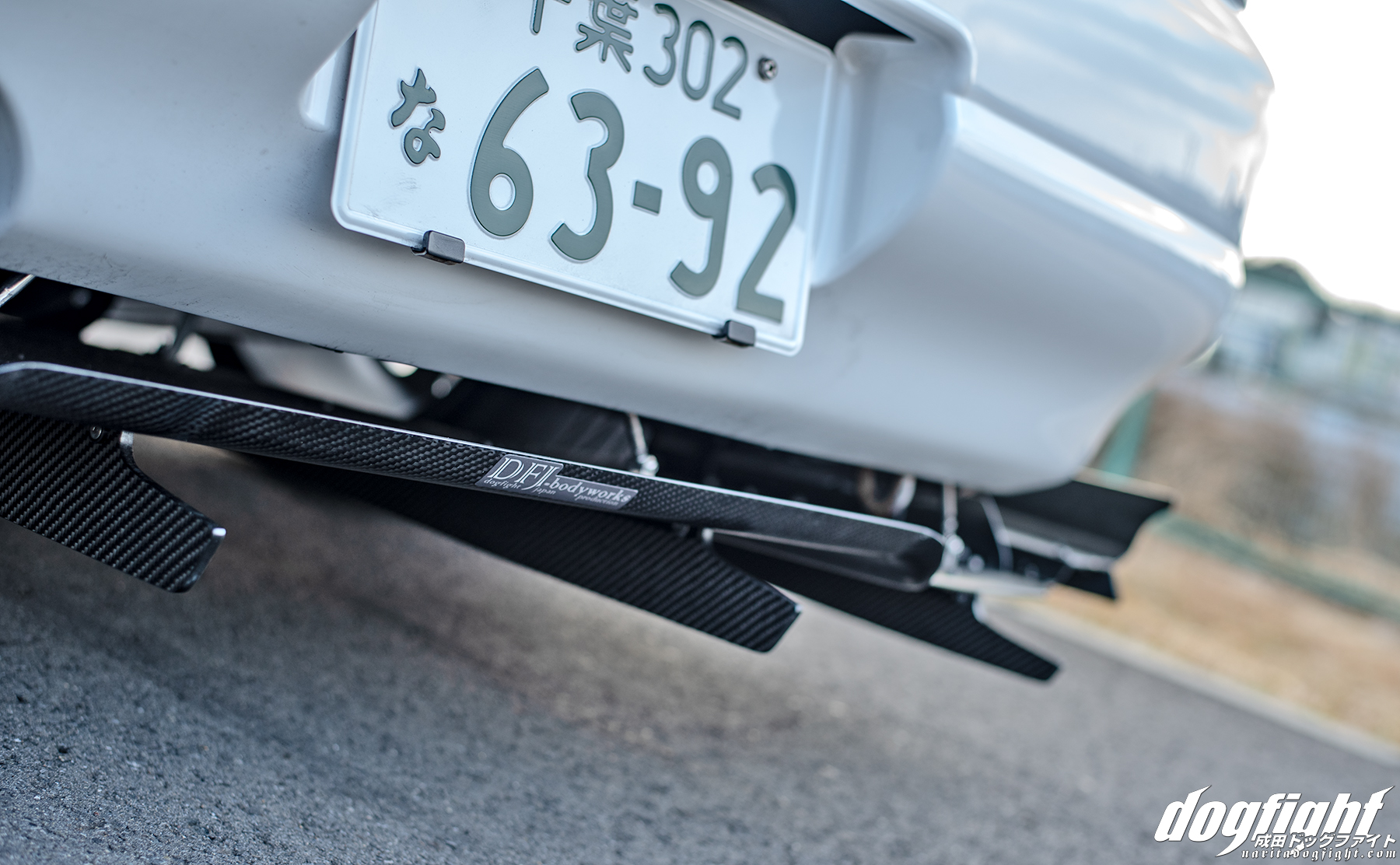 The rear diffuser is tucked closely underneath the rear bumper and is mostly there to balance the look of the car. 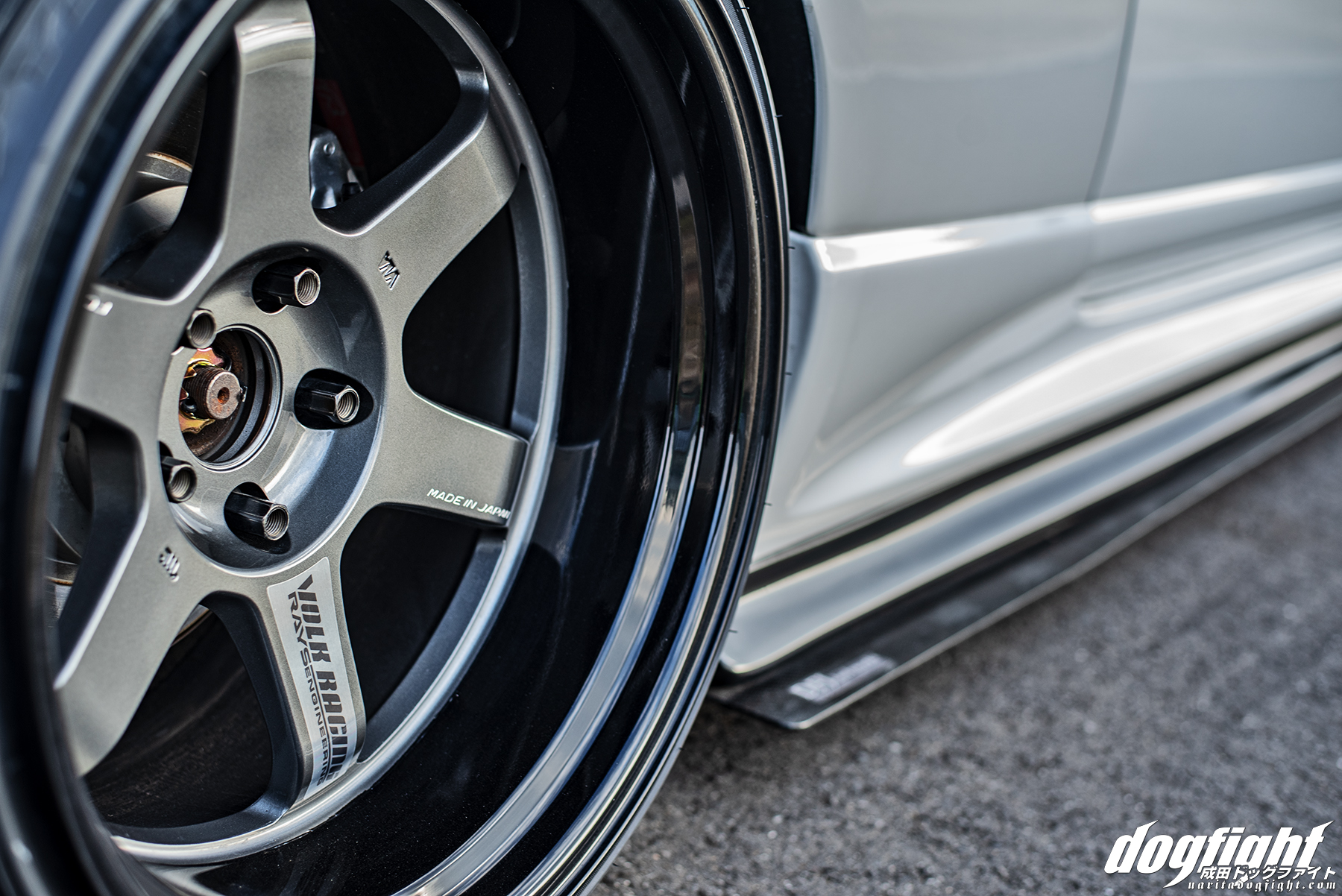 The wheels came in just in time for Masao to give them a custom paint treatment.  Gunmetal face with a high-gloss black lip make for a good contrast against the fresh white paint. 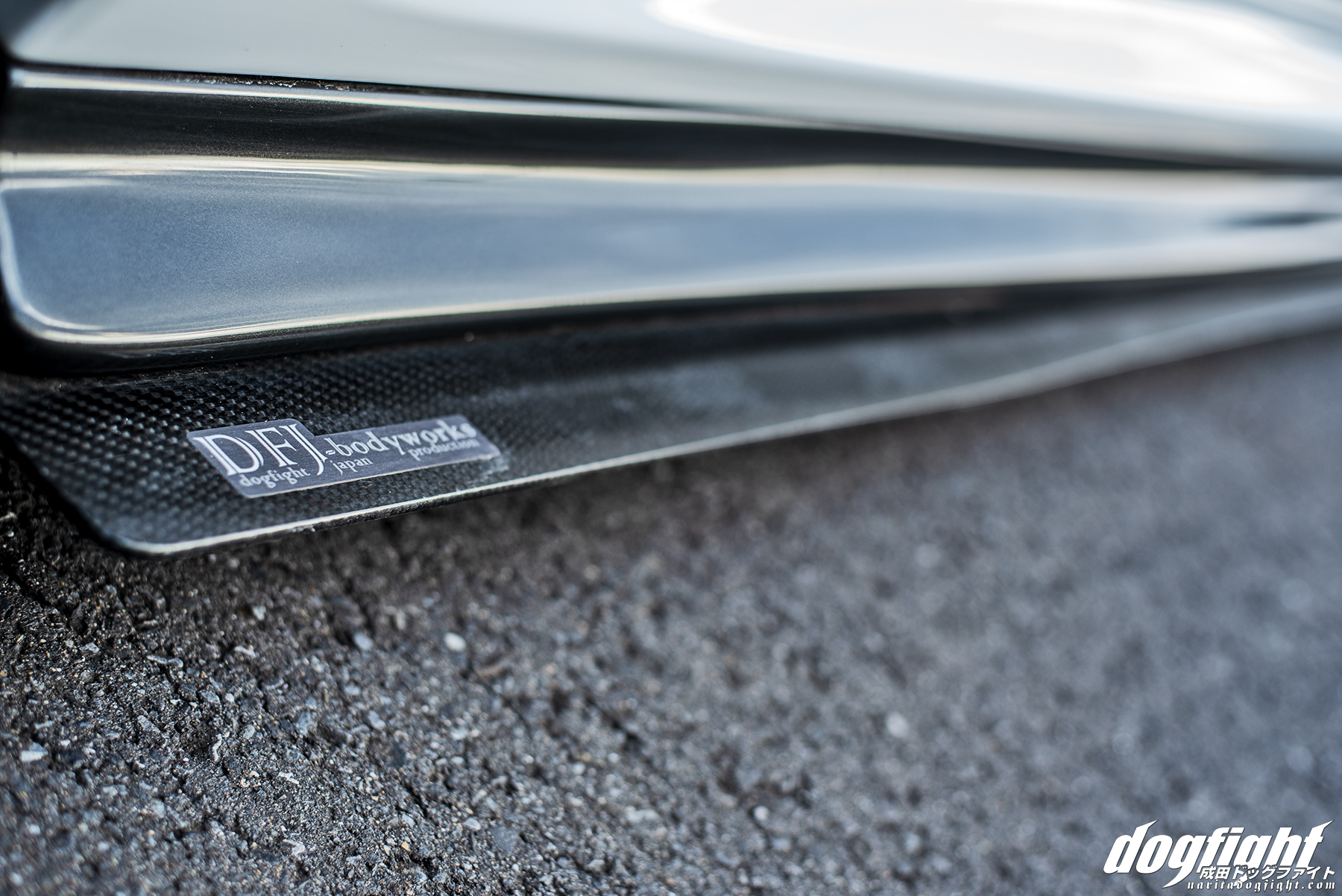 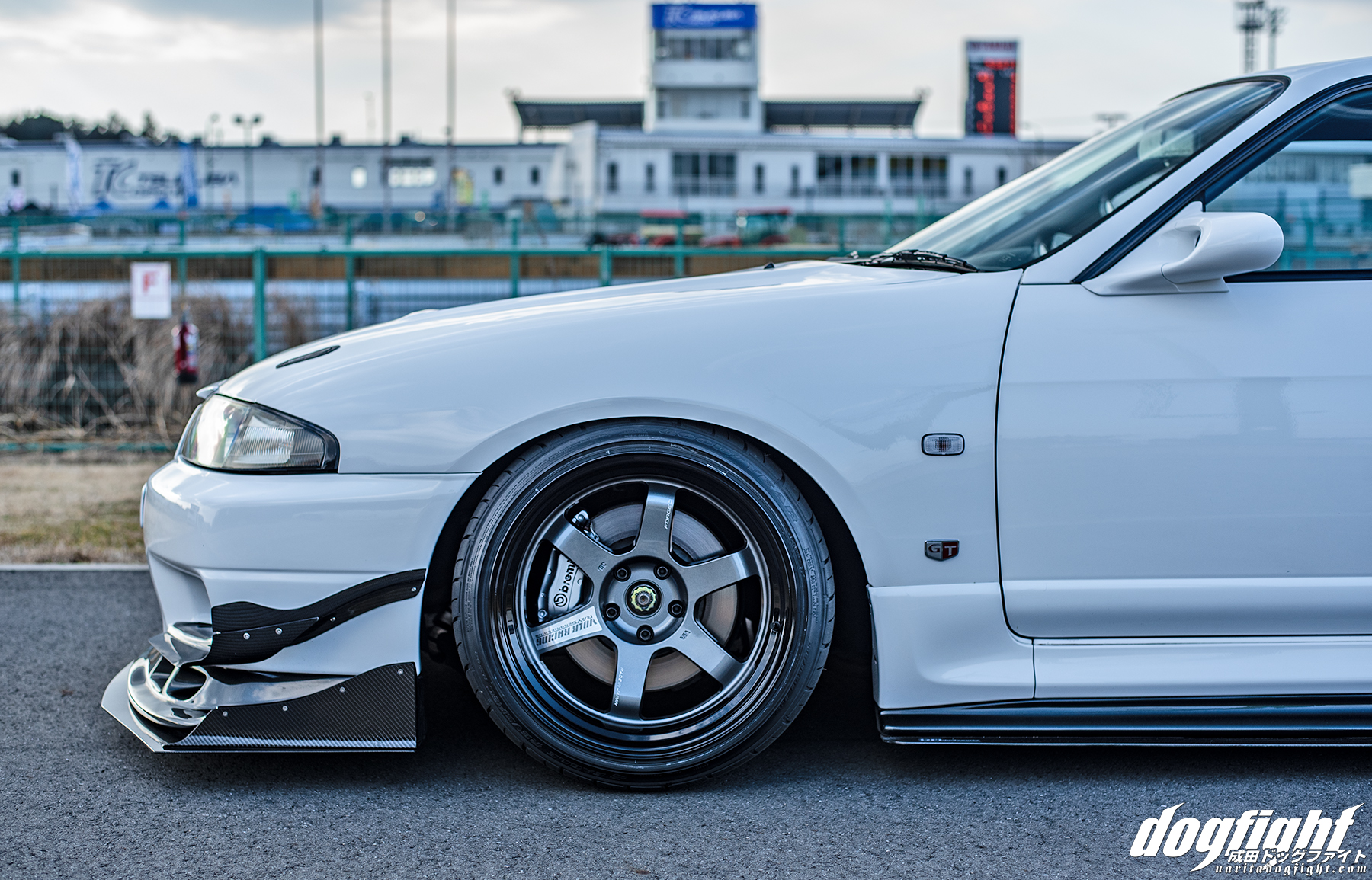 A profile of the front section reveals more custom carbon work on the front bumper. 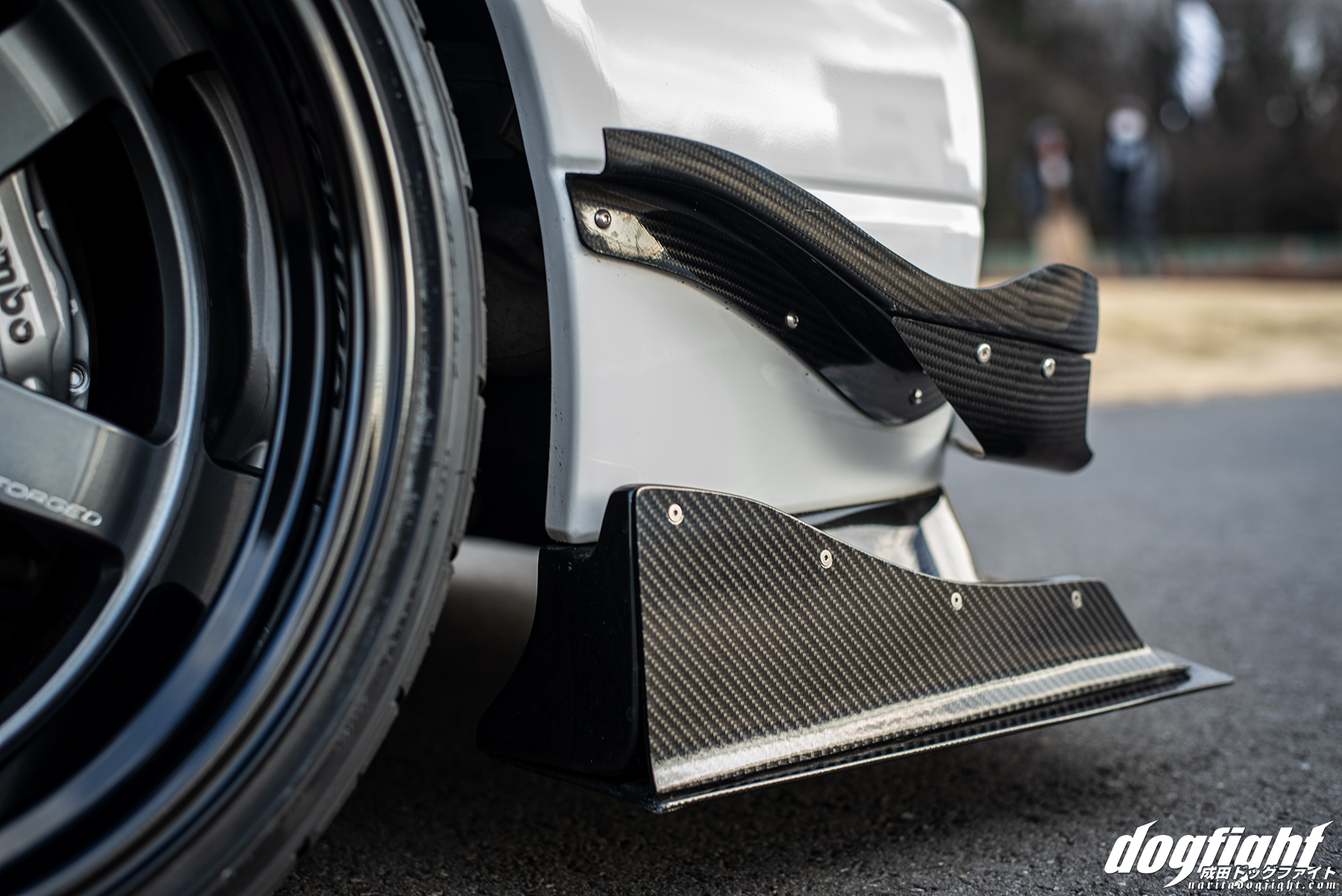 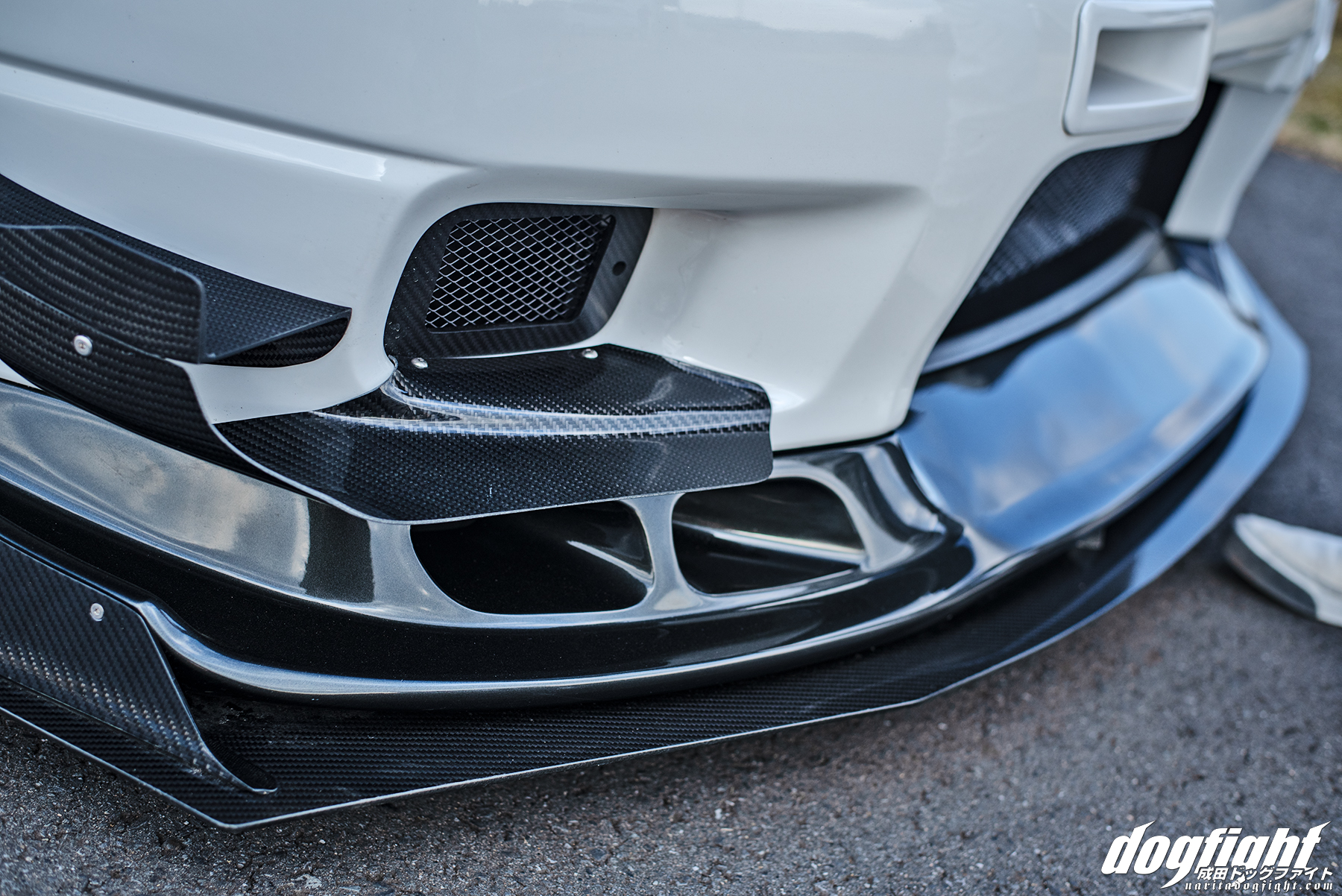 An Auto Select front lip spoiler and canards are joined by a custom front splitter that mates new carbon end plates to the front lip. 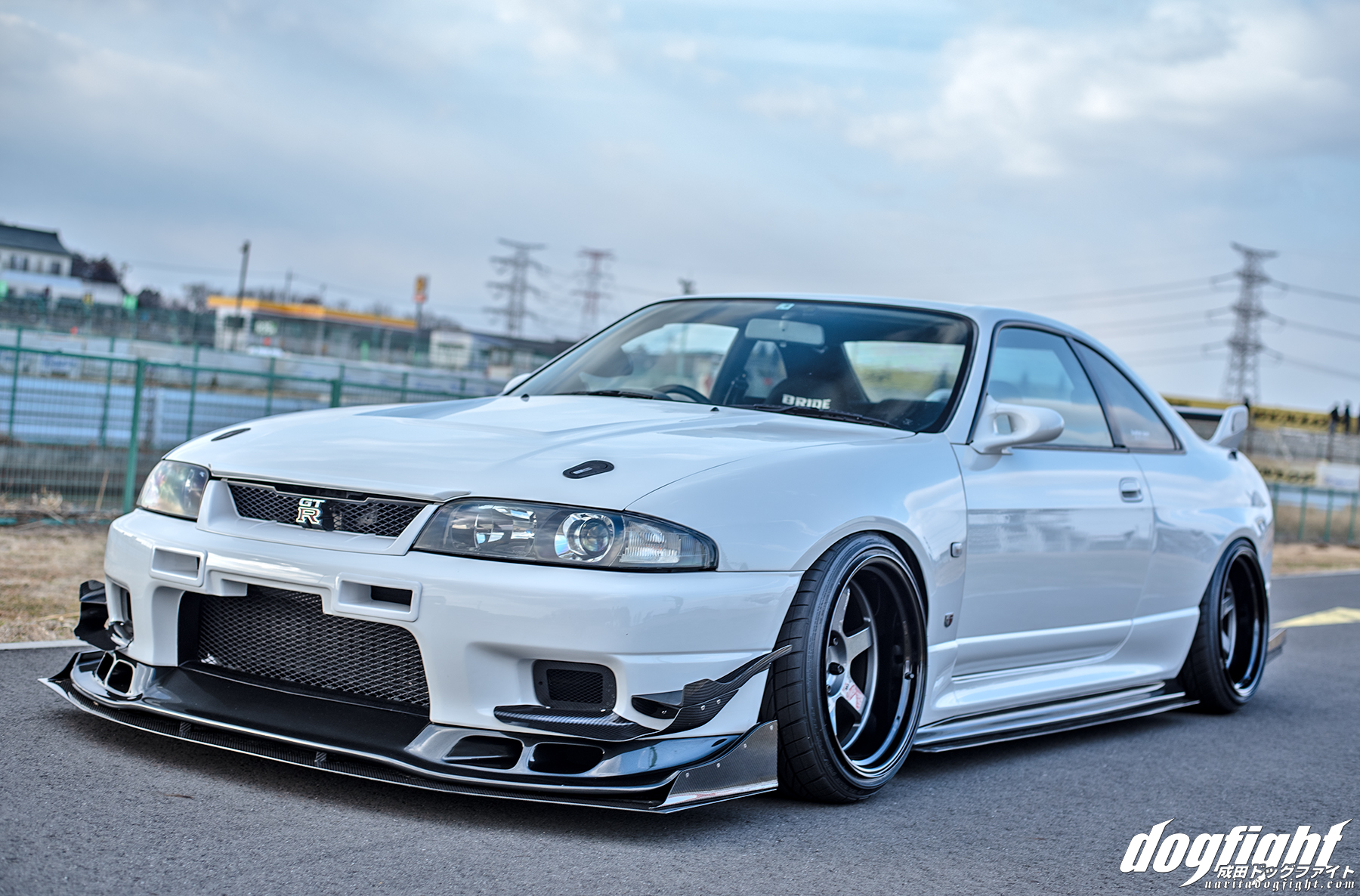 Other exterior parts like the Ganador side mirrors, and vented hood with custom front grill extension, complete the look of the car. 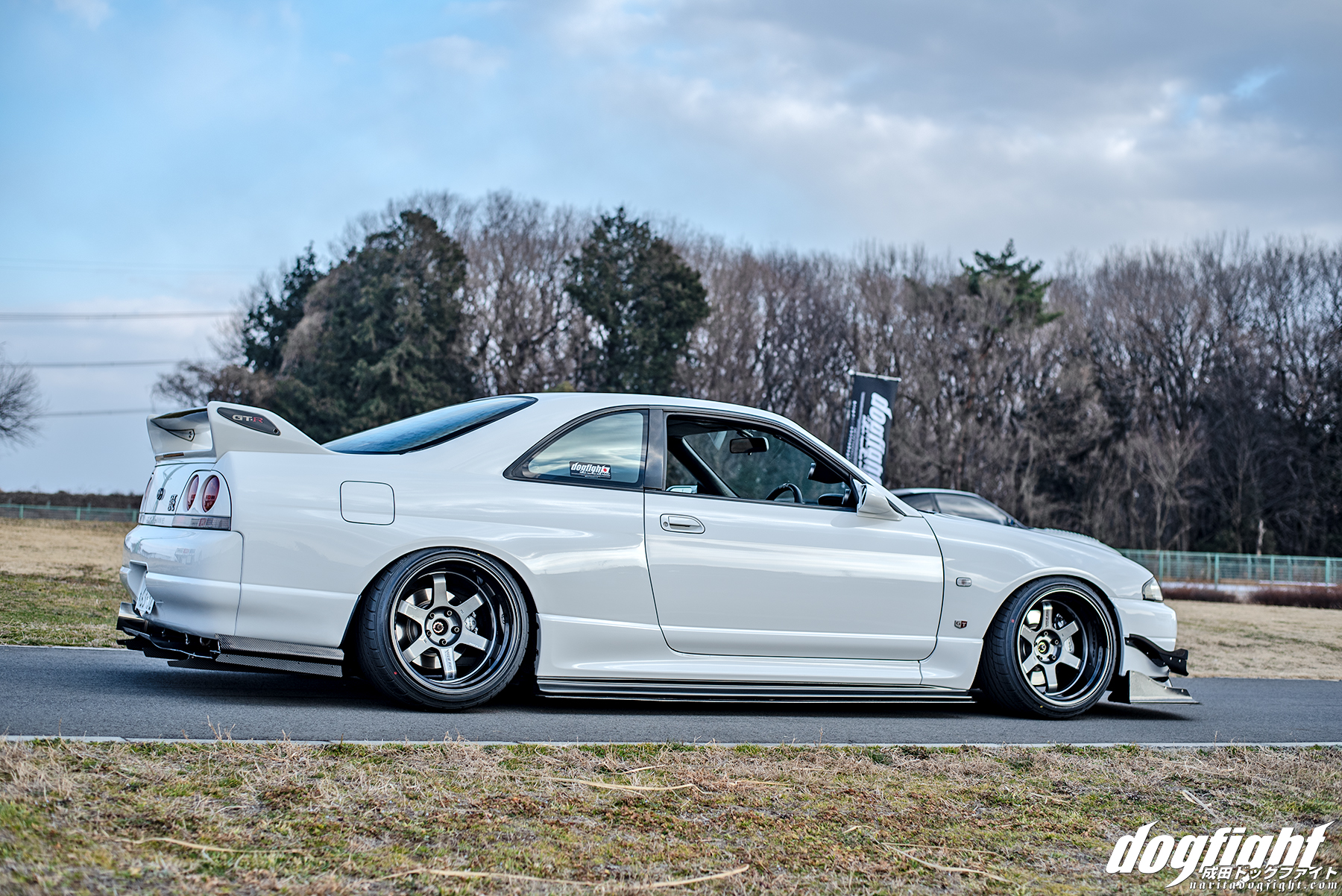 We have some exciting news coming up in regards to Dogfight Bodyworks – hoping to have something released later this week.