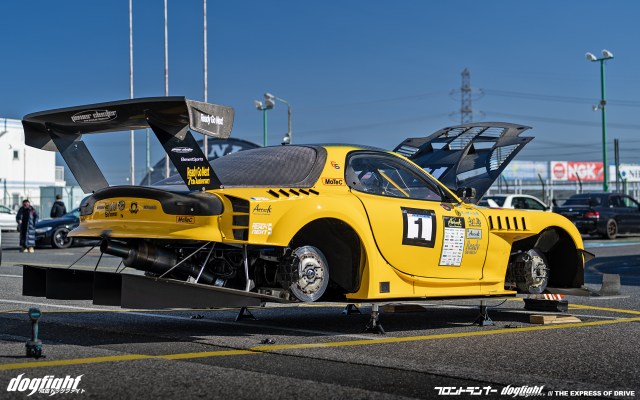 Earlier in the week, in a prior conversation with Hashimoto about a photoshoot, he mentioned that he was going to be at Tsukuba on Thursday morning assisting with Kiyotaka’s with his FD.  Throughout the week, the TFR supported FD has been frequenting Tsukuba, testing various aero setups. 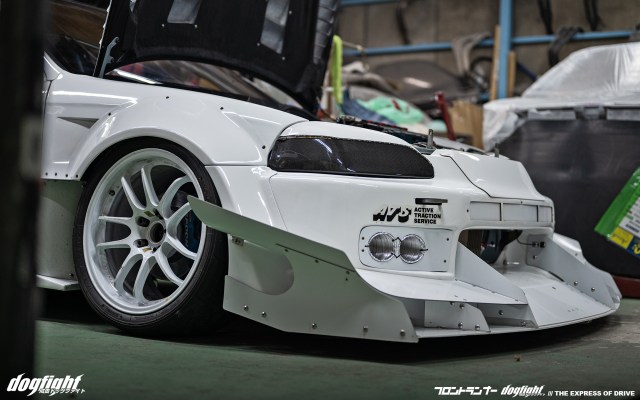 Yesterday afternoon I had a day scheduled to catch up on emails, editing, and writing.  But when I woke up I had the urge to get out of the house.  I messaged Kubo from Garage Work and asked if he was going to be at the shop that afternoon.  He replied quickly and said please come; so, I did. 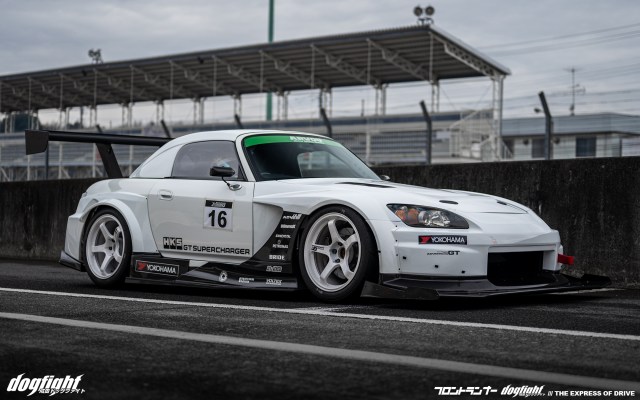 Early Sunday, January 15th we headed back to Tsukuba for the morning Zummy Racing Attack practice event at TC2000. Many of the cars that had made it out for Saturday afternoon stayed for this event as well to get the most out of the weekend. 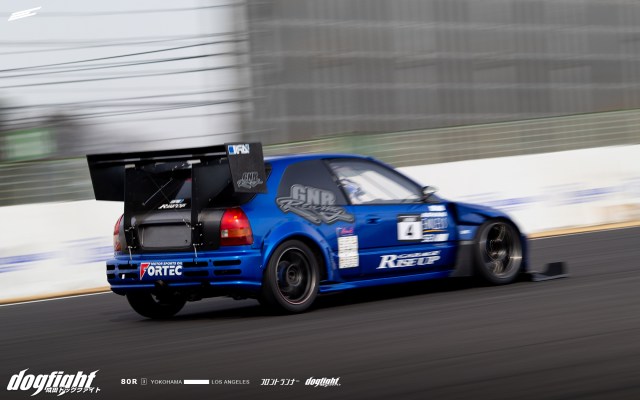 Self-tasked with building the fastest Civic in Japan, Asai-san and Sapporo based shops GNR Racing and Rise-Up Garage, are constantly modifying the setup on their flagship EK9.  Their hard work is paying off as they close in on the FF NA Record at TC2000. 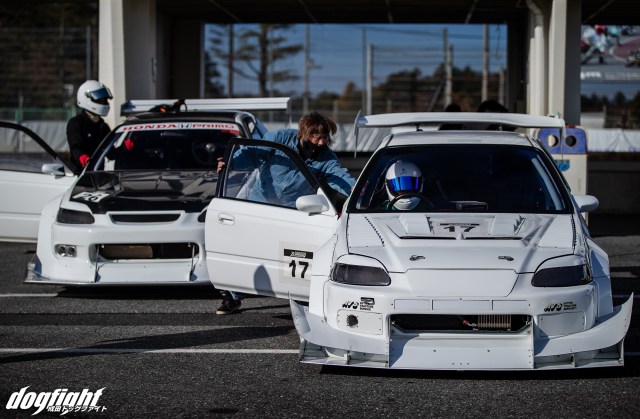 I had the opportunity to see what was left of Tokue’s EK shell during my last trip to Garage Work early in 2019.  Iwata didn’t want me to photograph it, for various reasons, but for a fan of the Honda Civic, I can only describe the scene as melancholy. 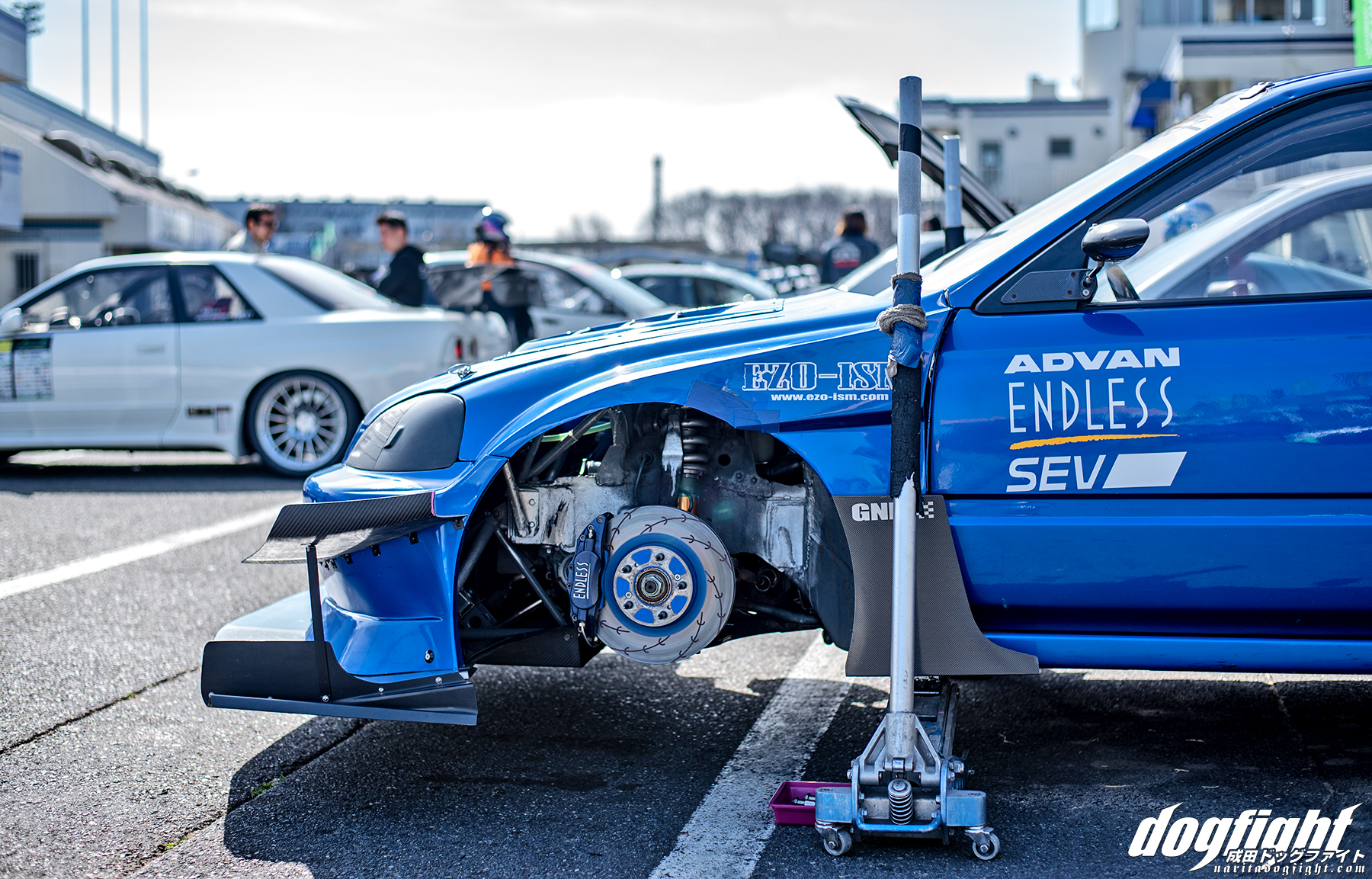 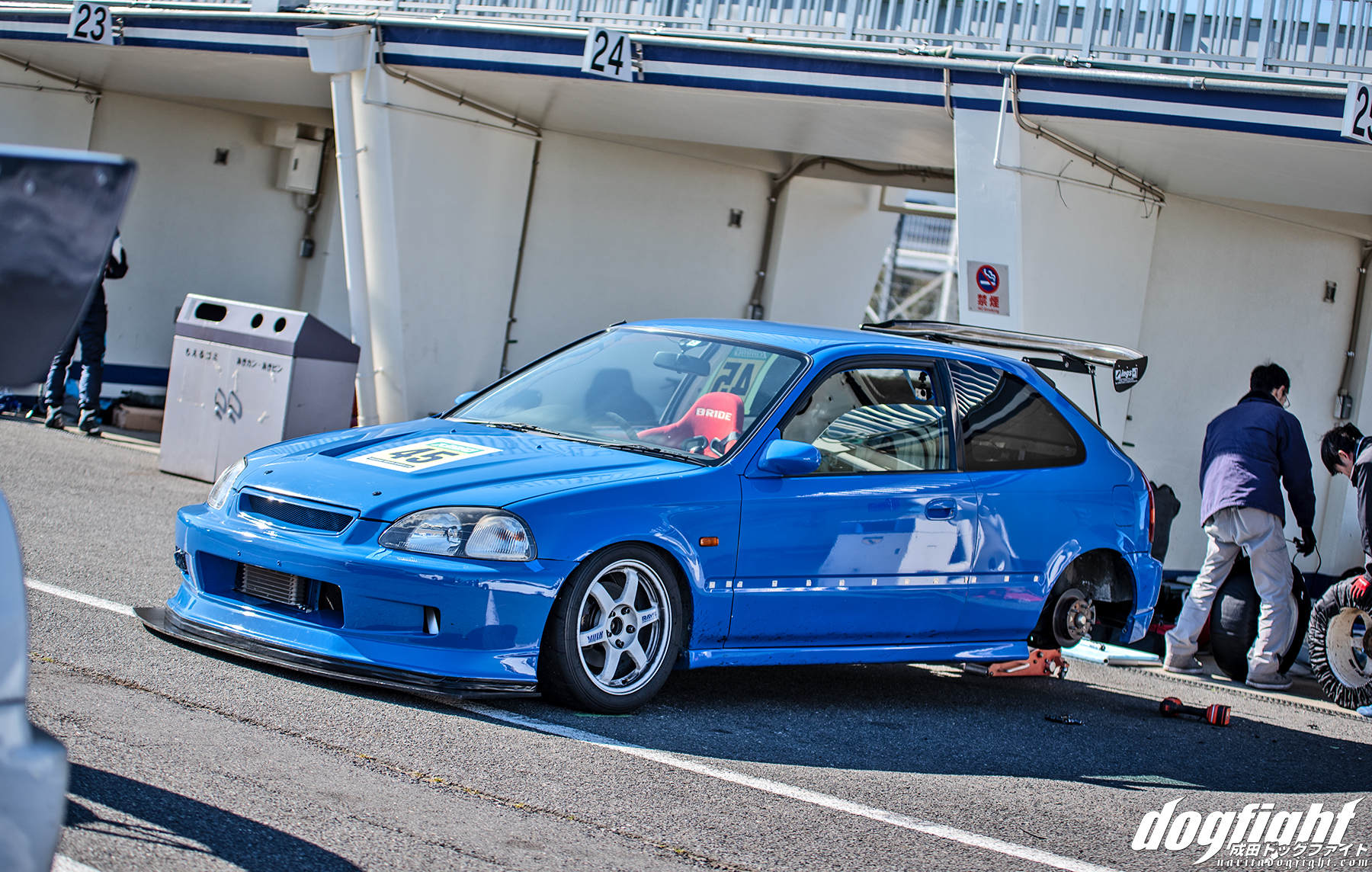 It may be obvious to most people, but after surrounding myself with Japan’s fastest time attack cars, I often times need to remind myself that there are several cars not built to an extreme that are very noteworthy.  In fact, sometimes its the cars that are very tastefully modified that stand out the most; as is the case with Yuma Koide’s EK9.  While the bright blue exterior is quick to catch the eye of a passerby, it’s what you don’t see that keeps you staring. 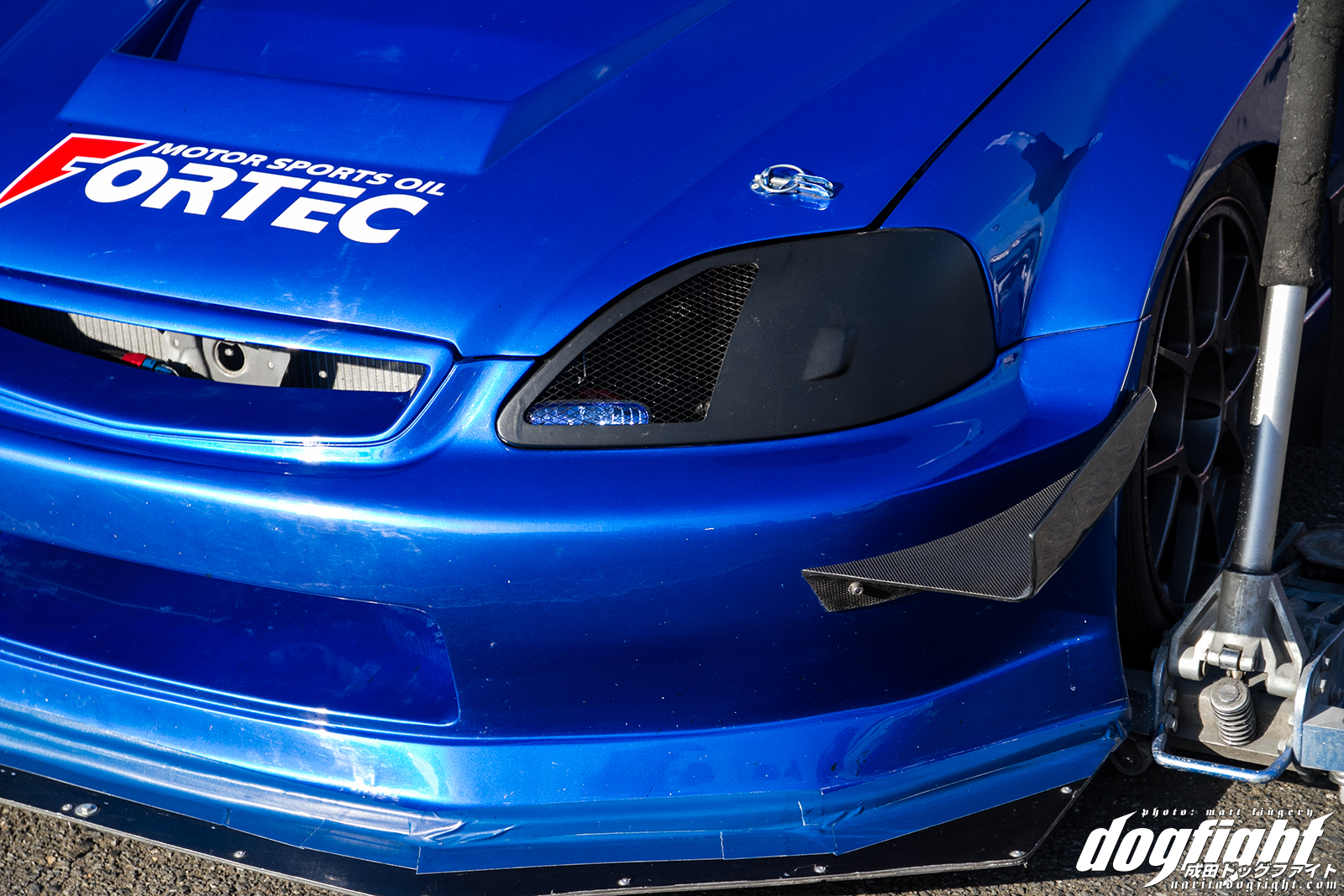 This 280ps K-powered EK9 from GNR traveled a long way from home to run at the Attack event at Tsukuba this year.  The owner, Yasuko Asai, hails from the northern island of Hokkaido; needless to say he doesn’t get down to Ibaraki very often.  At his local circuit, Tokachi International Speedway, the car clocks a 1’24.666 on the Clubman course configuration.  An extremely respectable time when you consider that a Super Taikyu Porsche GT3 ran literally the same time. 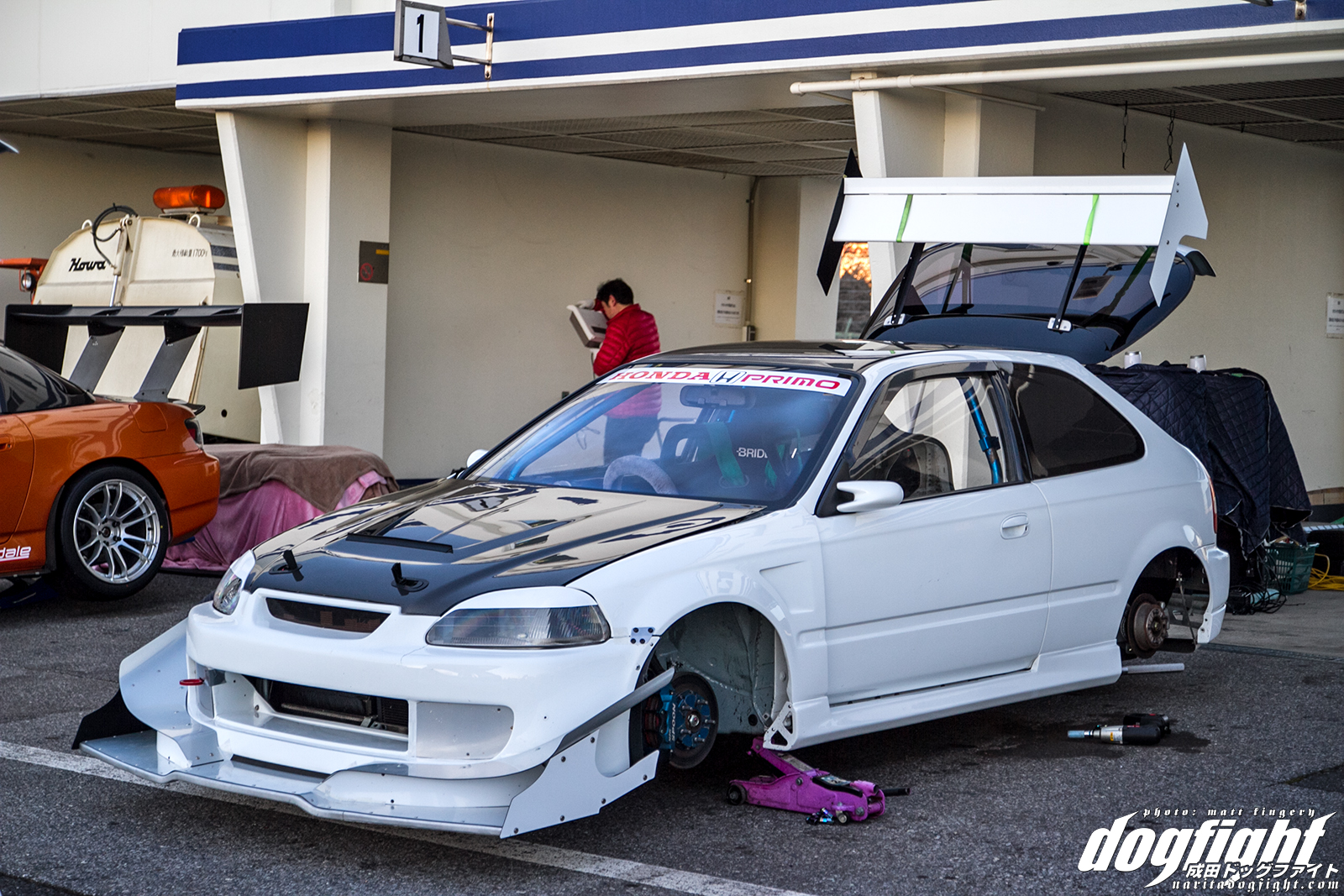 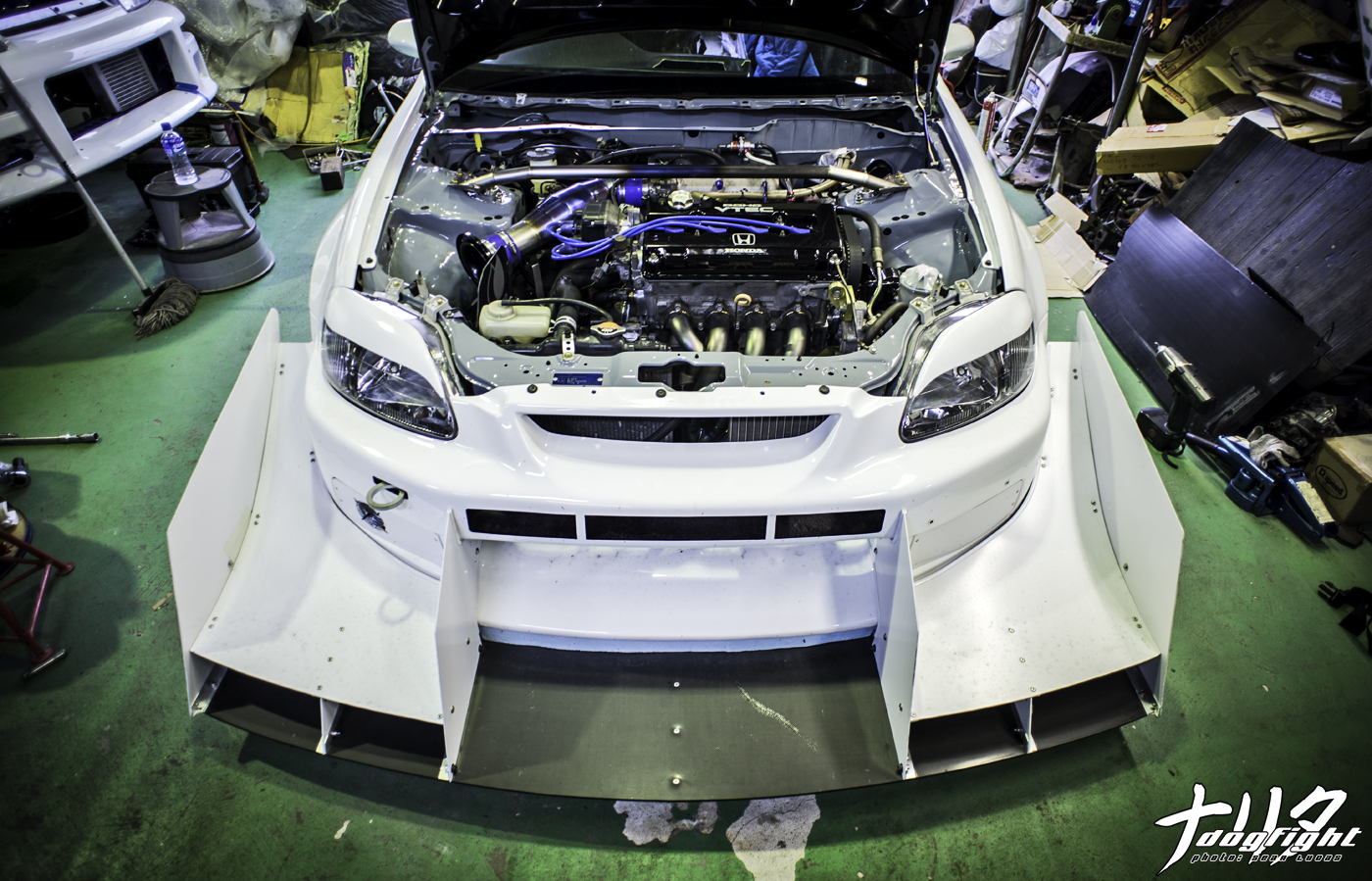 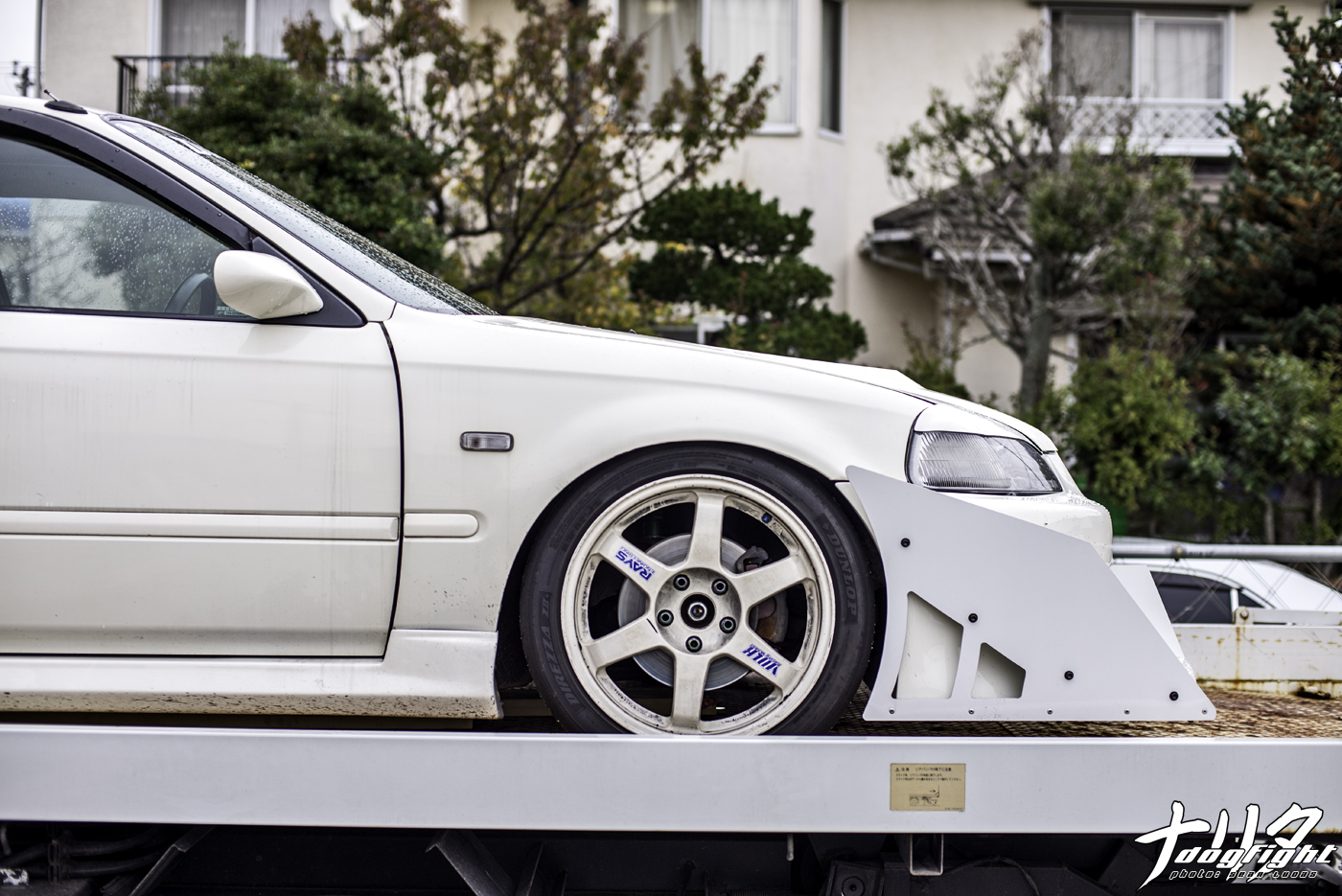 I mentioned last night on Instagram (@naritadogfight), that I got called out of state to work this weekend.  Well, that’s no surprise, but I had planned on using that time to put together the Evome articles so I would be able to post them throughout the week.  Unfortunately, I then had to decide whether to process store orders or get content processed, and since I believe customer service is the foundation of any consumable I chose to get the orders processed.  Before I head out to the post office I decided to publish this post I had sitting in que for a bit now. 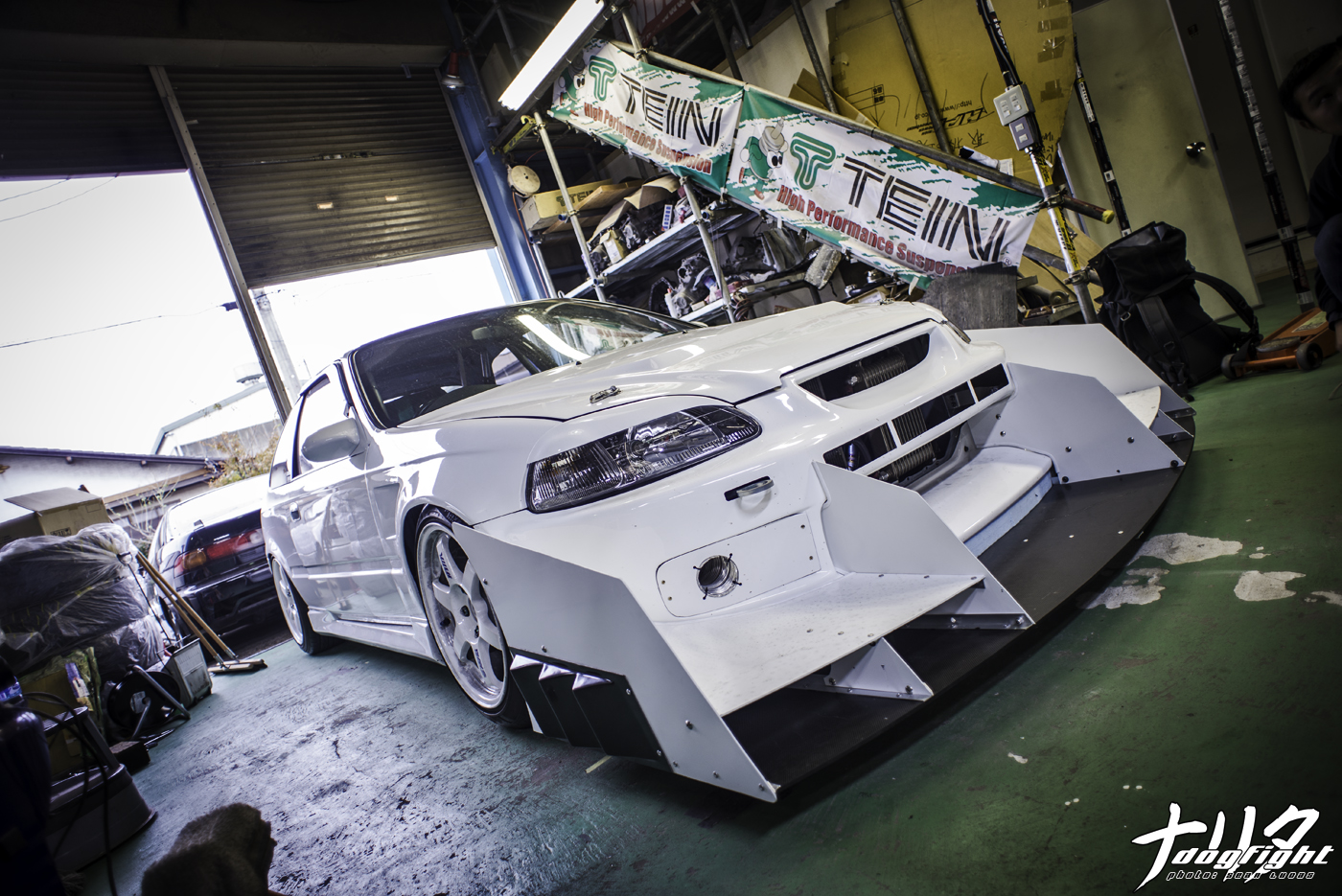 Hope to see this in Direzza Challenge again!  Look for a more in depth article on this EK soon. 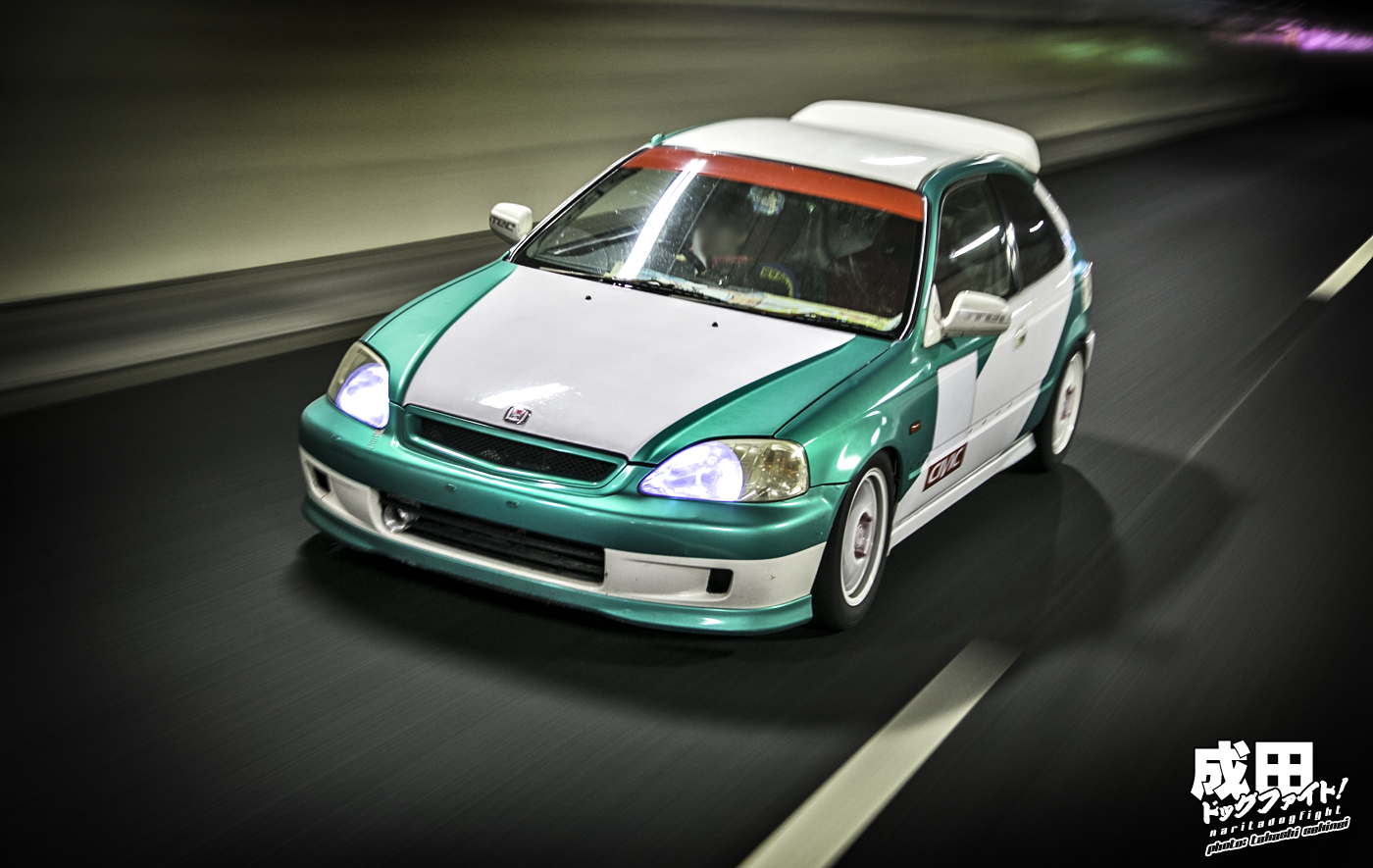 A month or so ago Maruyama-san had got together with Sekinei and organized a Civic meet at Daikoku PA that was to be held last weekend.  The original idea came about because of […] 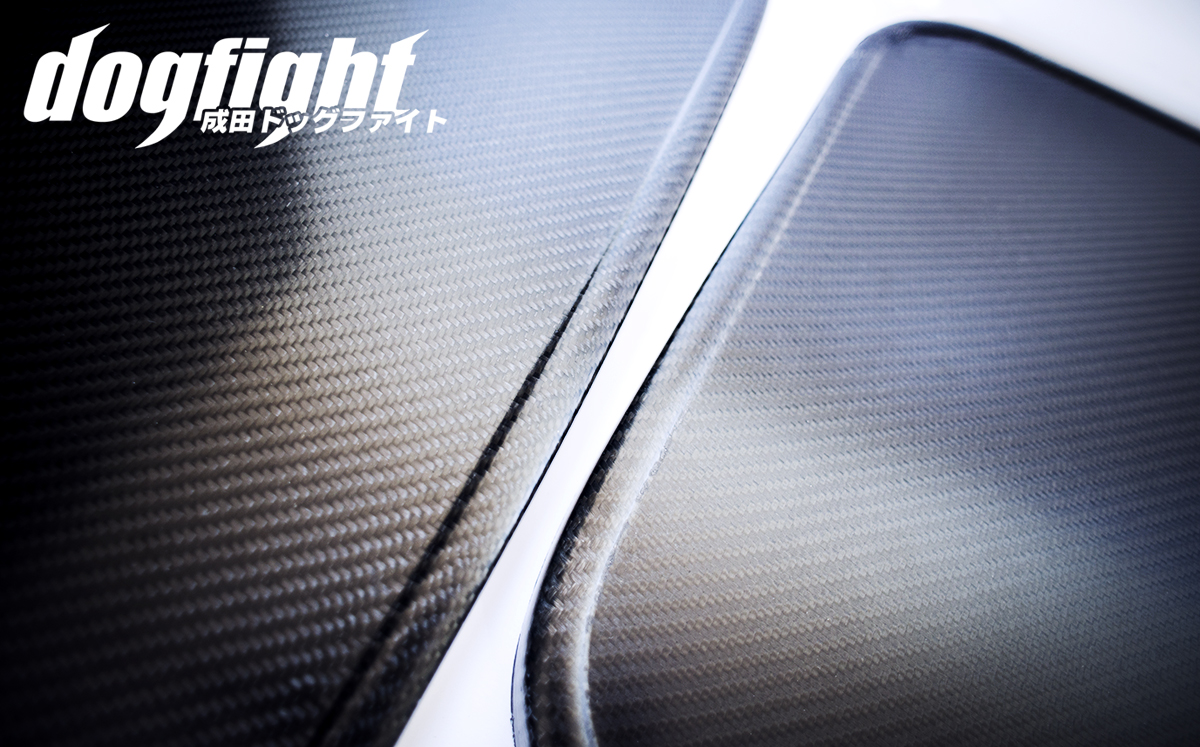 So, one of the side projects that I’ve been working on over the past few months is expanding the site to include a very niche line of carbon goods, targeted towards circuit racing and […] 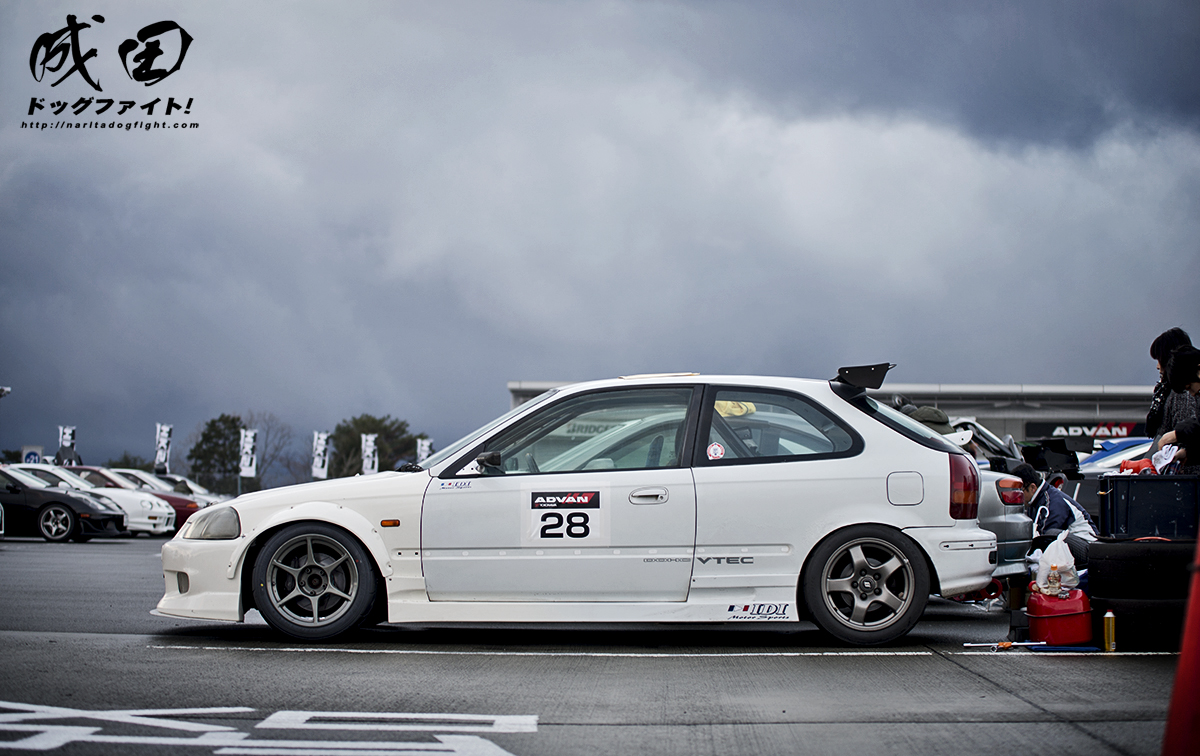 For as long as I can remember, there has always been one Civic build that I’ve always looked up to.  Of course, it was in Japan, and of course I was blessed with seeing […] 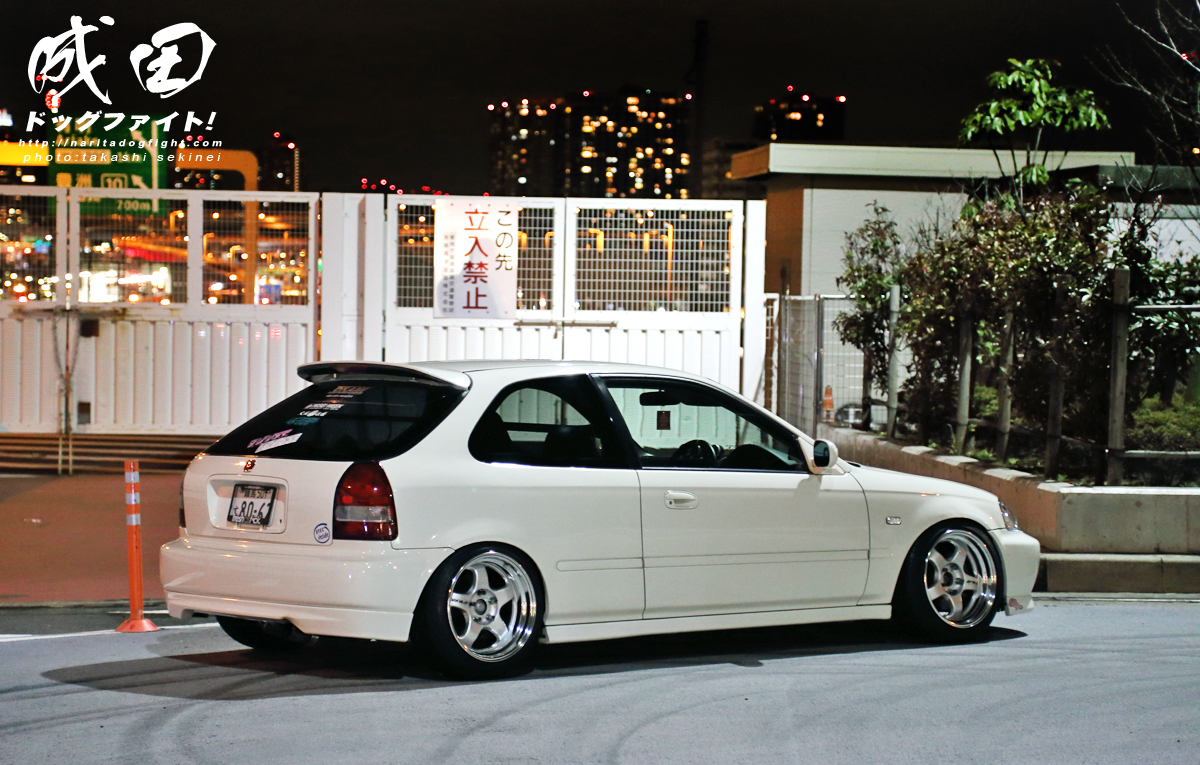 Looks like the owner of this EK is taking some styling ques from the ‘USDM’ style catalog; with it’s OEM body, and good amount of US based decals.  The silver Meisters look great against […] 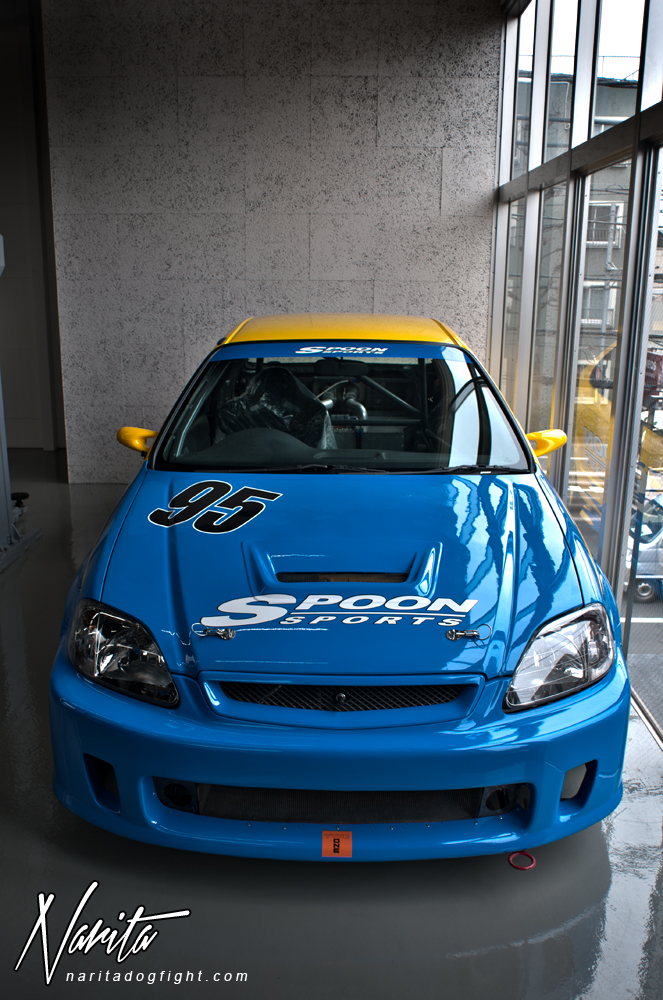 I make it a point to visit Spoon and Type One each time I go to Japan; actually, this is about the 4th or 5th post on NDF about visiting the shop!  It’s such […] Anything doing is worth doing right – and Mugen does track events right.  Open to anybody with a Honda, enter into the Circuit Challenge and you are graced with four 15 minute runs on Tsukuba 1000 circuit, professional instruction on and off track, ride alongs with current professional racing drivers, the opportunity to drive one of three Mugen built machines, and the option of trying out Mugen products during your track time for free.  This year there were 86 drivers in attendance, including JDM Clips own Taka.  Check out the action below.