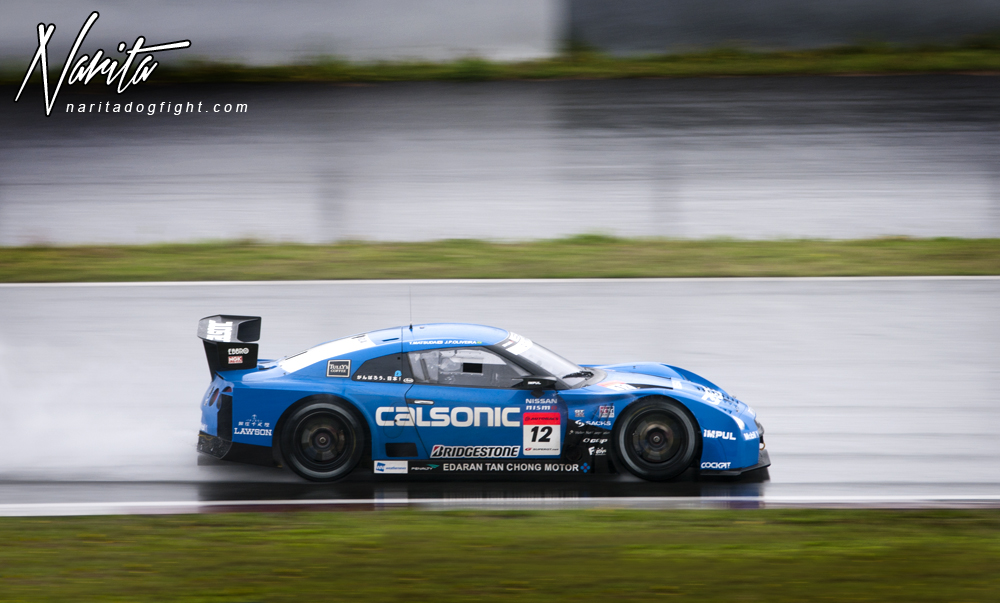 On the afternoon of June 16, the SUPER GT INTERNATIONAL SERIES MALAYSIA race, Round 3 of the 2013 AUTOBACS SUPER GT, was run at the Sepang International Circuit (Malaysia). The GT500 class race was won by the CALSONIC IMPUL GT-R driven by Tsugio Matsuda and Joao Paulo de Oliveira and the GT300 class race by the ARTA CR-Z GT driven by Shinichi Takagi and Takashi Kobayashi. At 4:00 in the afternoon in tropical Sepang, the sun was still high in the sky but owing perhaps to the later start than in past years, the air temperature of 33 degrees C. and 42-degree track surface temperature actually felt cool in comparison to the usual Sepang heat as the 54-lap race was about to begin.
After the formation lap, it was the pole-starting No. 12 CALSONIC IMPUL GT-R (Tsugio Matsuda) that dashed into the lead at the start to get the hole shot. Following Matsuda into the first turn came the No. 38 ZENT CERUMO SC430 (Kohei Hirate), the No. 37 KeePer TOM’S SC430 (Andrea Caldarelli) and, coming up from the outside, the No. 1 REITO MOLA GT-R (Yuhi Sekiguchi) moved into 4th position. Behind them came the No. 39 DENSO KOBELCO SC430 (Hiroaki Ishiura) and the No. 100 RAYBRIG HSV-010 (Takuya Izawa).
Although it had secured the lead, the No. 12 CALSONIC IMPUL GT-R was having trouble opening up any considerable margin of lead, being challenged already by the No. 38 ZENT CERUMO SC430 on the first lap. Running lap times within tenths of a second of each other the two machines were locked in a battle so close that at one point on lap four the ZENT CERUMO SC430 hit the rear of the CALSONIC IMPUL GT-R…