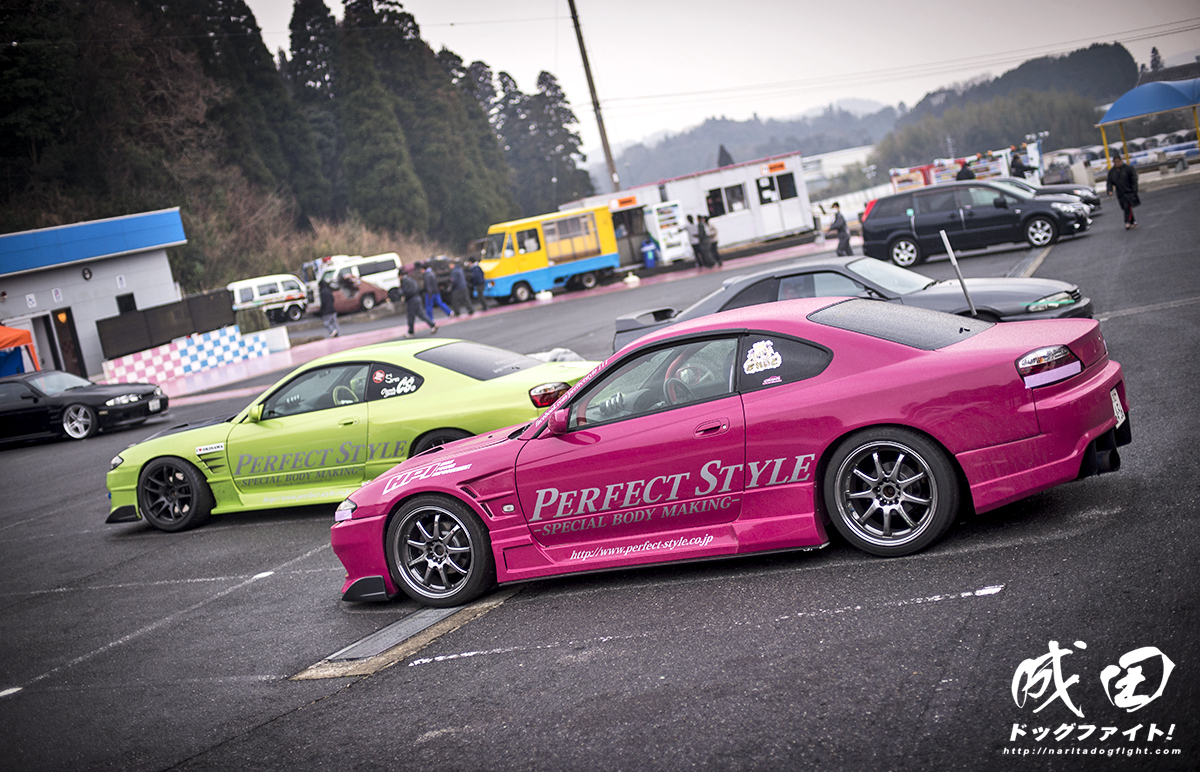 Last weekend at Mobara, the drift team Perfect Style made a pretty solid appearance for the open event.  I was pretty excited to see such a solid turn out, it really speaks to the comradery of the Japanese.  If you’re unfamiliar with Perfect Style, it’s actually a body shop in the small town of Mitaka, Tokyo (just West of Shinjuku) owned by Mr. Yuichi.  Let’s check out some of the cars starting with this pair of 15’s. This pink S15 was definitely one of the cleanest ones of the group, although I didn’t see it on track today which could explain the good appearance.  The XD-9’s look pretty good on the S15 body. This green S15 on another set of Works was rocking Circuit Soul – very cool to see CS repped on track. This kouki S14 had some very quick entries.  When it started raining everyone, including him, starting going off track at every turn.  It was actually pretty entertaining to watch – I would imagine quite frustrating for the drivers though. Another S15, this time in bright yellow.  Looks like CST’s and some spare 33’s. Another kouki on track.  Earlier in the morning, the two 14’s were running tandem – very skilled. The only zenki I saw in the group.  It was parked next to the Soarer, of which I failed to get a picture of for some reason….which probably means I was called away somewhere and forgot.

Anyway, I thought it was pretty cool to see a whole group together at one event.  I’m not sure that I’ve ever seen that to this extent.