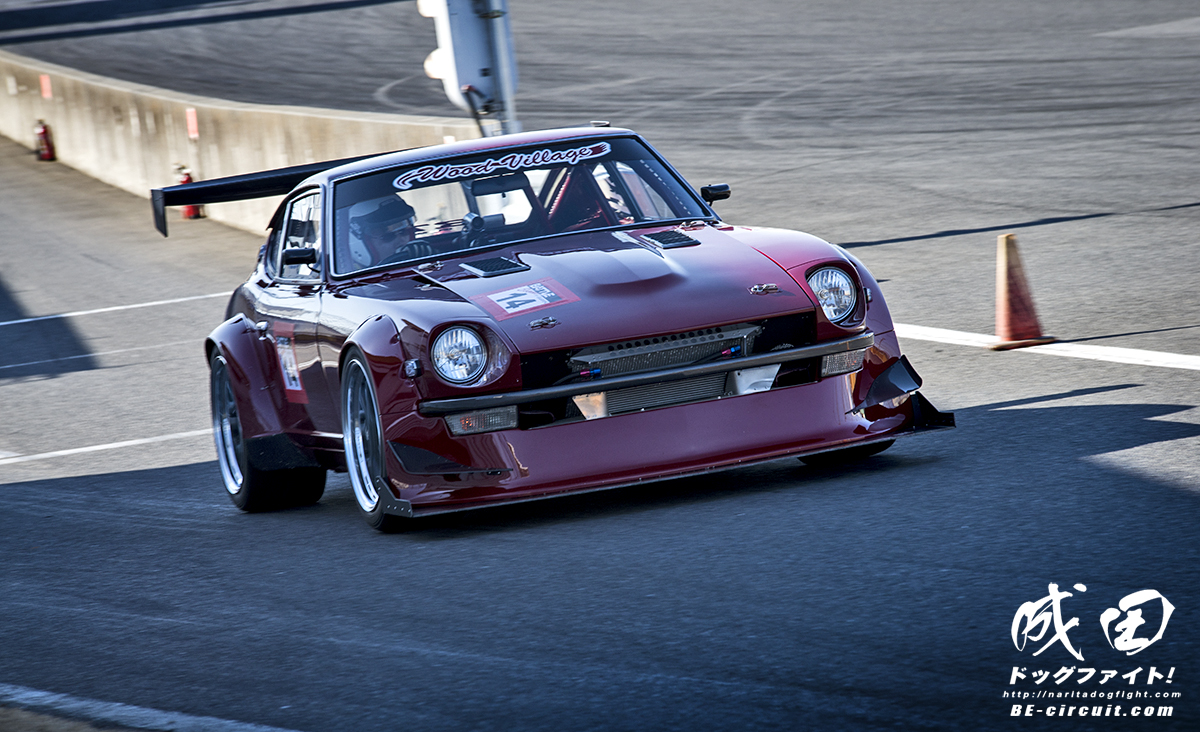 The long lasting relationship we build with our cars is a testament to the love of what we do.  It becomes more than just a machine, a tool to get from point a to point b.  We have our ups and downs, it develops a personality; or rather, we attach a personality to it.  Probably just an extension of our own with a little twist.  We enjoy seeing it go through phases, as we test new parts, and build it to our own specification.  You become a team as others begin to associate you with your car.  This feeling we get, a sort of satisfaction of having something become a part of us…can you imagine what it would be like if you owned the car for 20, 30 years?  What if that car was nearing 40 years in age?  40 years of moments, half a life time of memories shared.  With this in mind, a car, may not seem so lifeless after all.

This same case applies to Kuni-san’s infamous Wood Village S30.  A Fairlady Z that is reaching it’s 40th birthday.  A car that he has been building for just about 10 years now, with much of that time being spent behind the wheel, on circuit. In that time though, the car has seen many changes.  I wouldn’t be wrong in saying that the majority of people would be surprised to see such a nostalgic chassis used as a time attack machine.  Keep in mind though, while it may not be the most modern, the S30 has an immense history in motor sport.  Aside from that, this is not your ordinary Z car…

The widened arches, along with the huge, one-off custom FRP air dam on the front end make up a good amount of updated aero on the car.  The large gt wing taking care of stability of the rear end. Now, with a car this old, the chassis itself is probably a little tired.  Kuni took care of this obstacle by welding in a gusseted 23-point roll cage which offers both safety and extreme rigidity for the older chassis.  At the same time all the heavy glass was replaced by 3mm acrylic to make up for some of the added weight.

Surprised?  The heart of the S30 has always been the L-Series engine.  In it’s original form, this 2.8 liter power plant has powered the Z car to many victories in the past.  Attack, however, is a bit different.  Knowing that he’d need to increase power to be competitive the L-series is far from it’s original form.  Although, still N/A (very traditional in keeping it so), the engine now sings to the tune of 337 ps.  No longer the 2.8 liter it started as, the displacement has been increased to 3.2 liters with updated carbs and fuel delivery system.

The updated engine is mated to a newly installed HKS 6-speed dog box transmission.  While the gears are pounded through a OS Giken triple disc clutch assembly and a R200 differential puts the power to the axles. This car, and it’s owner, are no stranger to TC2000.  Made famous on the asphalt of Tsukuba, you’d be hard pressed to find an enthusiast who doesn’t know of this car.  This day though, yielded mundane results for a duo whose best at TC200 was clocked at 59.674.  A time in fact, that marks the first, and the fastest L-series powered car around the course.  With a best of 1’00.378 for the day, he was able to get close to sub one minute, but unfortunately not reach it.  You can be sure he will achieve it again though, sooner rather than later. Breaking hard into turn one, any doubt this car can perform is thrown out the window.  As the N/A engine screams under strain you realize that this car was built for one reason, and one reason only. Polished black, three piece SSR SP1’s give both a stunning visual, and the lightweight strength needed for concurring Tsukuba. I’m sure we’d all like to have a car in which we can enjoy such a long lasting relationship with.  I’ve personally owned my own car for 14 years now, and I can understand that relationship now, but what will it be like 20 years from now?  There is no way to tell, but I can tell you this though; it doesn’t matter what car you drive.  You make it what you want.  I’ve had days where there is nothing more I wanted to do than to sell it, and I’m glad I didn’t…I can imagine Kuni-san has had some of those same days – as have many of you.

It’s safe to say we’ll be seeing more of Kuni-san and his circuit partner in the coming years.  I can’t wait to see what they have in store next.

Ride along on one of his sub-one minute laps ~