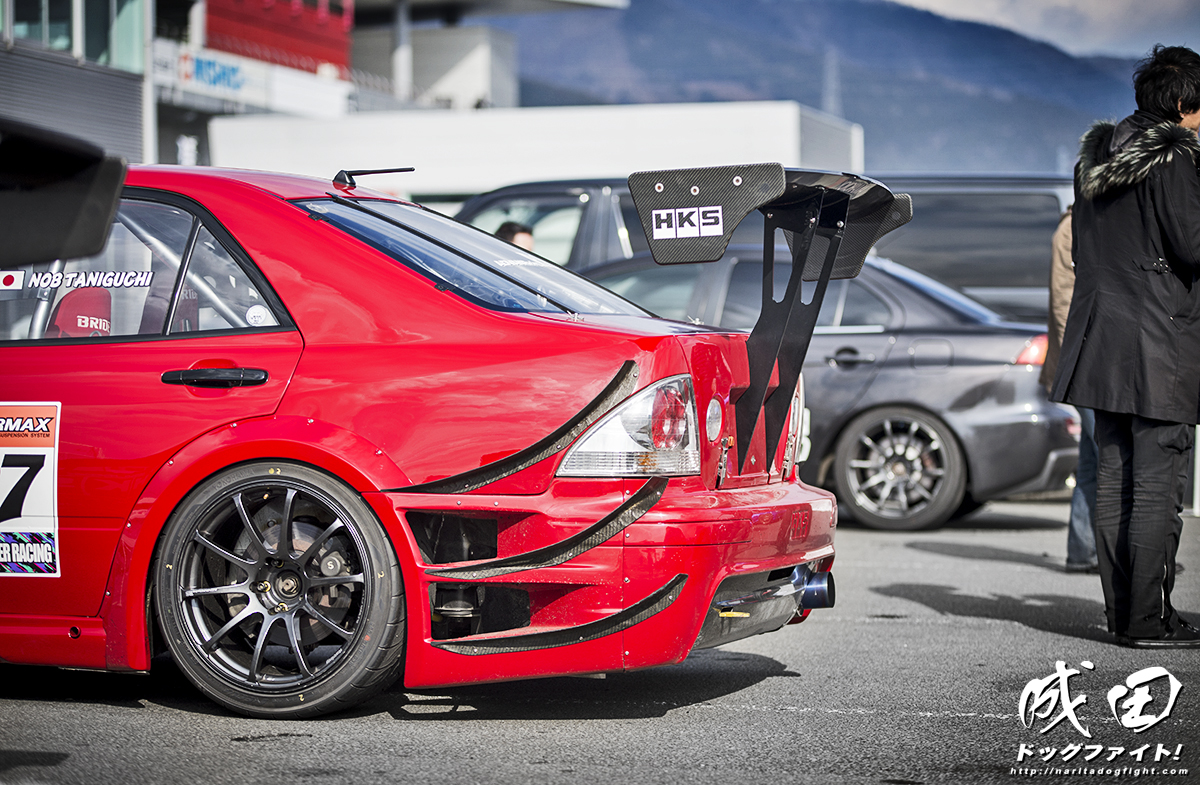 I’m so behind on coverage of pretty much every event in Japan it’s killing me.  Hyper Meeting, still have the last of the HKS Premium Day coverage (which is long overdue), several drift events at Fuji and Mobara, and a grip of lifestyle goods – crazy!  I’m doing my best to update as much as possible, and am actually working on finishing up the last HKS day post but I have so much other stuff going on that it takes longer than expected.  I like to fill in the blanks with little posts like this.  NOB has a new car this year; not new in the sense that it’s a 2014 car, but new as in it’s a new build.  His new Altezza, red of course, sports some pretty awesome features – like this triple stacked rear canard setup… The Advan RS wheels in staggered colors match the car perfectly.  In this particular application, the lack of livery looks incredibly good.  Sporting HKS decals for the special occasion, as well as the embossed HKS logo on the side skirt. He tore the giant Fuji asphalt up too – no problem.

Looking forward to seeing more of this car and, as always, more of Taniguchi.