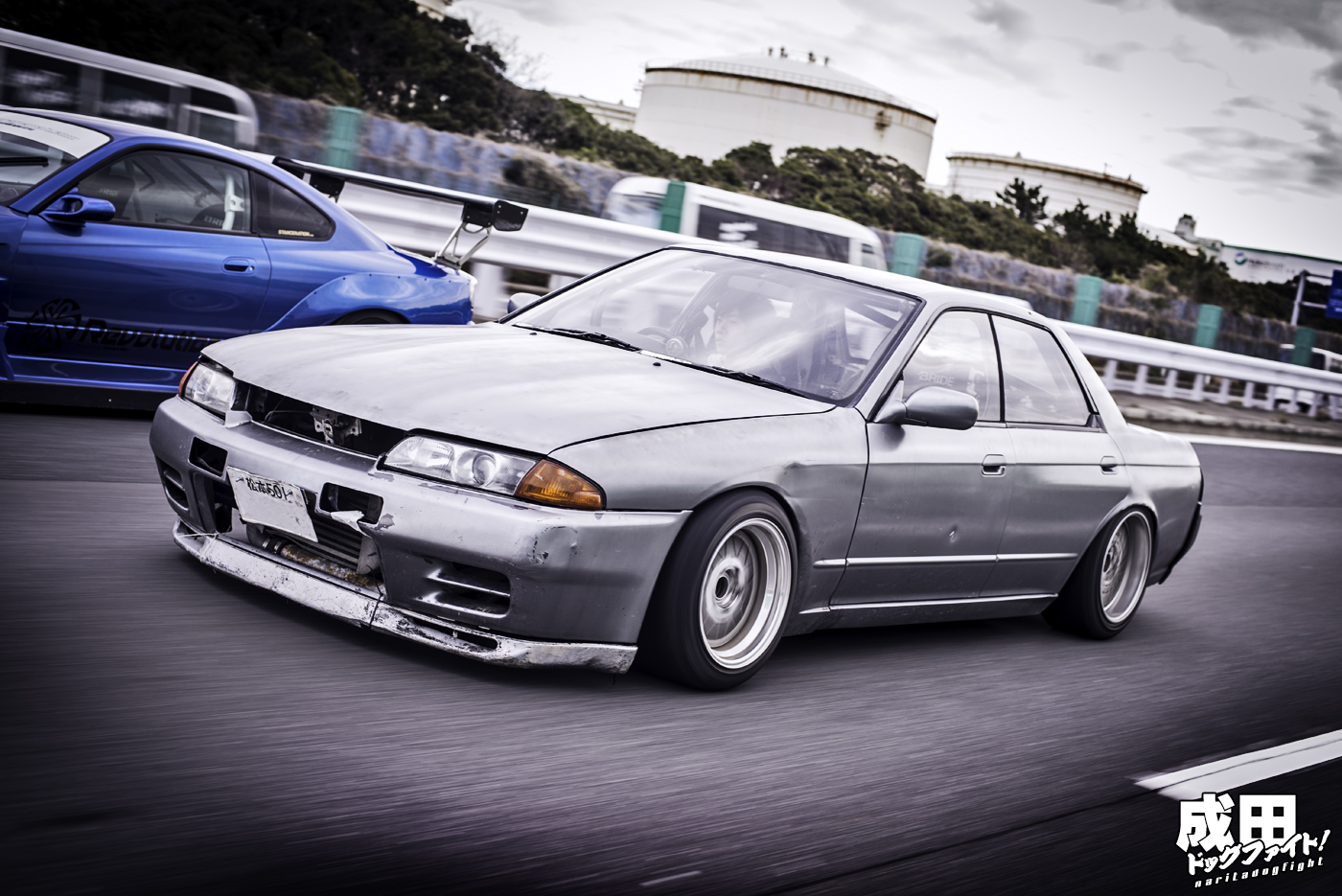 You know that saying ‘opposites attract’?  Well, there is no better tangible proof than this pair here.  Back when I pitched Baki’s S15 to Import Tuner at the beginning of the year, I had only known him by our brief discussions online, and when we were planning out the shoot via Facebook messenger, he asked if it was OK if his friend came along.  Of course that was fine, as usual, I enjoy meeting new people as much as I can (it’s actually why I started this to begin with).  I didn’t quite expect to see this though. I seriously can’t imagine a more different pair.  Baki, who is a representative of Garage Mak and his pristine S15, and Kei, who owns one of the most beat-on drift 32’s I’ve seen in person.  I don’t mean that in a bad way, it’s just actually used is all.  This shot was taken when we stopped to get set up for some rolling shots on the Expressway.  You can see the CPK/NDF Highway Star support vehicle in front. There were some pretty cool clouds that day – Japan always has cool clouds. A shot of Kei’s car in Shiodome where I did most of the S15 shoot for Import Tuner – which you’ll see next month.  Baki’s was actually one of the last cars I shot for Import Tuner, so I’m pretty sure it will always be special to me. Baki wanted a shot like this after seeing it done with the Abomoon cars – you can see a hi-res here.  This is just another variation of it. The two guys were even wearing almost the same outfit, it was great. One more shot that was never submitted.  Please look forward to the next issue of Import Tuner, as it may be the last…